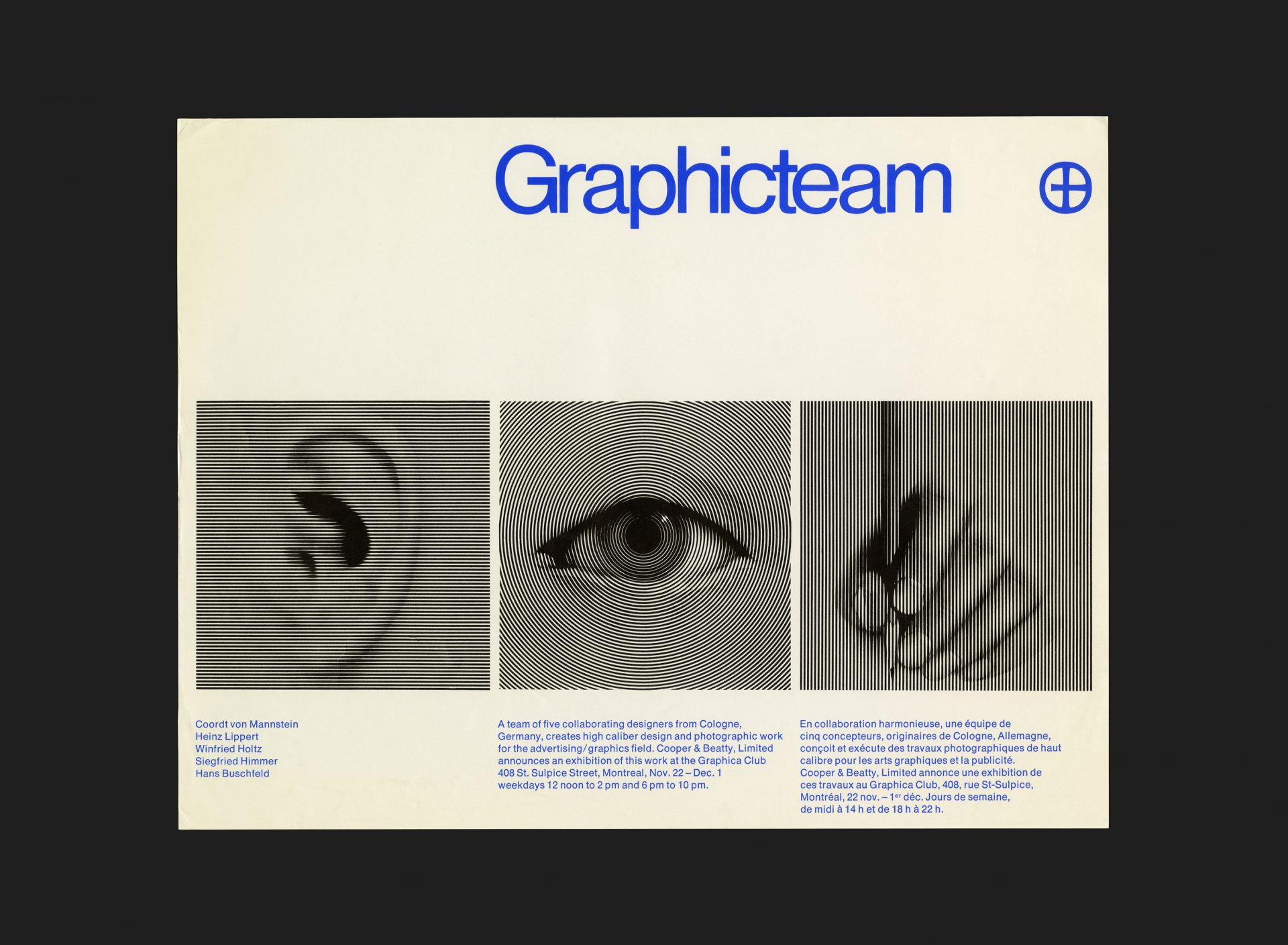 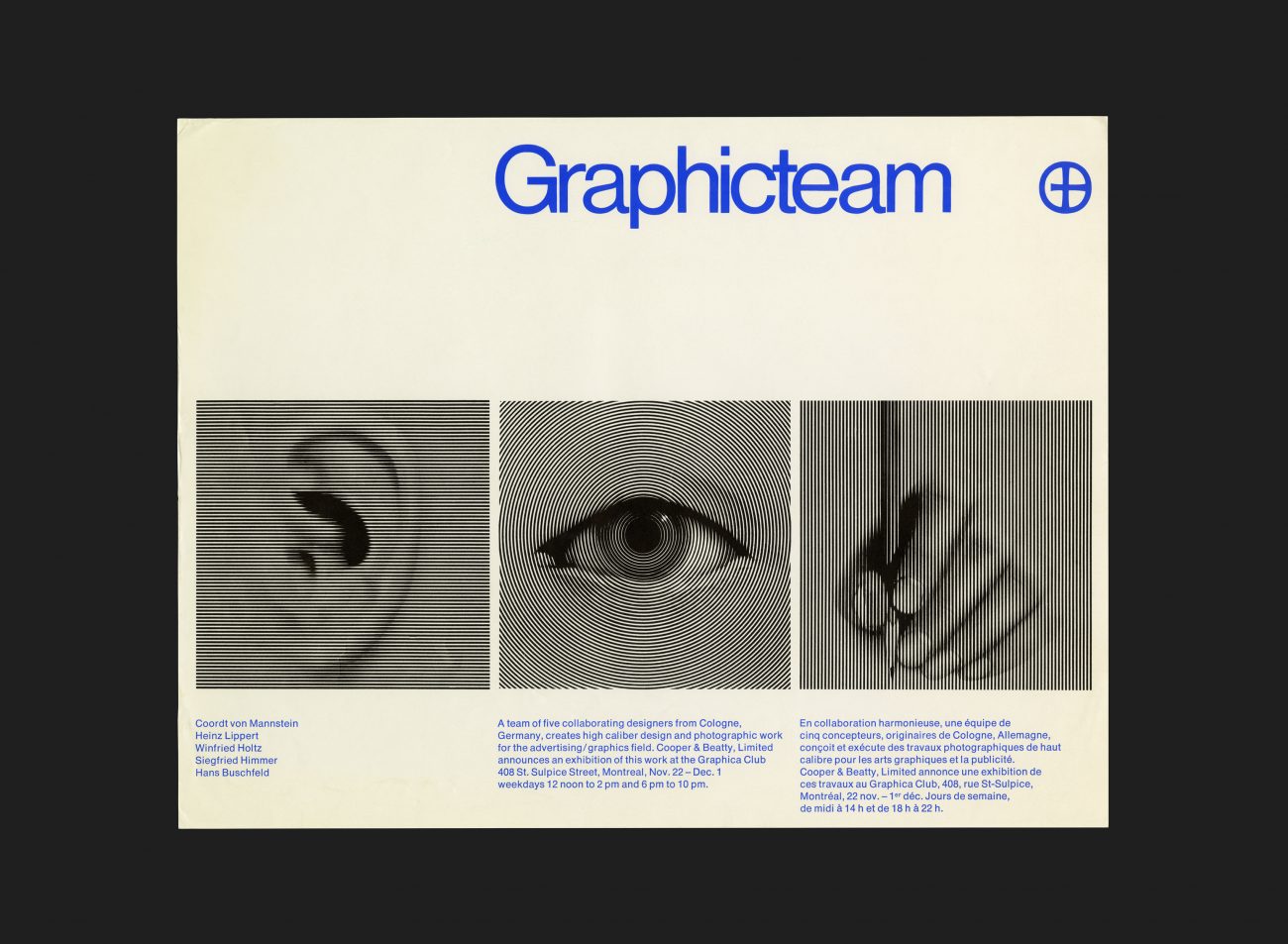 During the 1960s Cooper & Beatty famously held high profile exhibits at their Toronto and Montréal offices. Many of these earlier events were organized and promoted by the internal creative team of Anthony Mann (Creative Director) and a young Stuart Ash (apprentice).

This poster for the exhibition ‘Graphicteam’ was designed by creative director Jake Sneep who worked in this capacity between Anthony Mann leaving to join Rolf Harder, Ernst Roch and Al Faux as Design Collaborative in 1965 and Jim Donoahue taking the reins in 1969. The poster is for the Montréal airing of the show at the ‘Graphica Club’, having been held in Toronto the month before (as well as in New York and Tokyo). It showcases the work of five collaborating designers from Cologne (all co-founders of the agency ‘Graphicteam BDG’): Coordt von Mannstein, Heinz Lippert, Windred Holtz, Siegfried Himmer and Hans Buschfeld.

This particular example was previously part of the personal collection of Rolf Harder, who not only kept it in his collection, but kept it in perfect order.