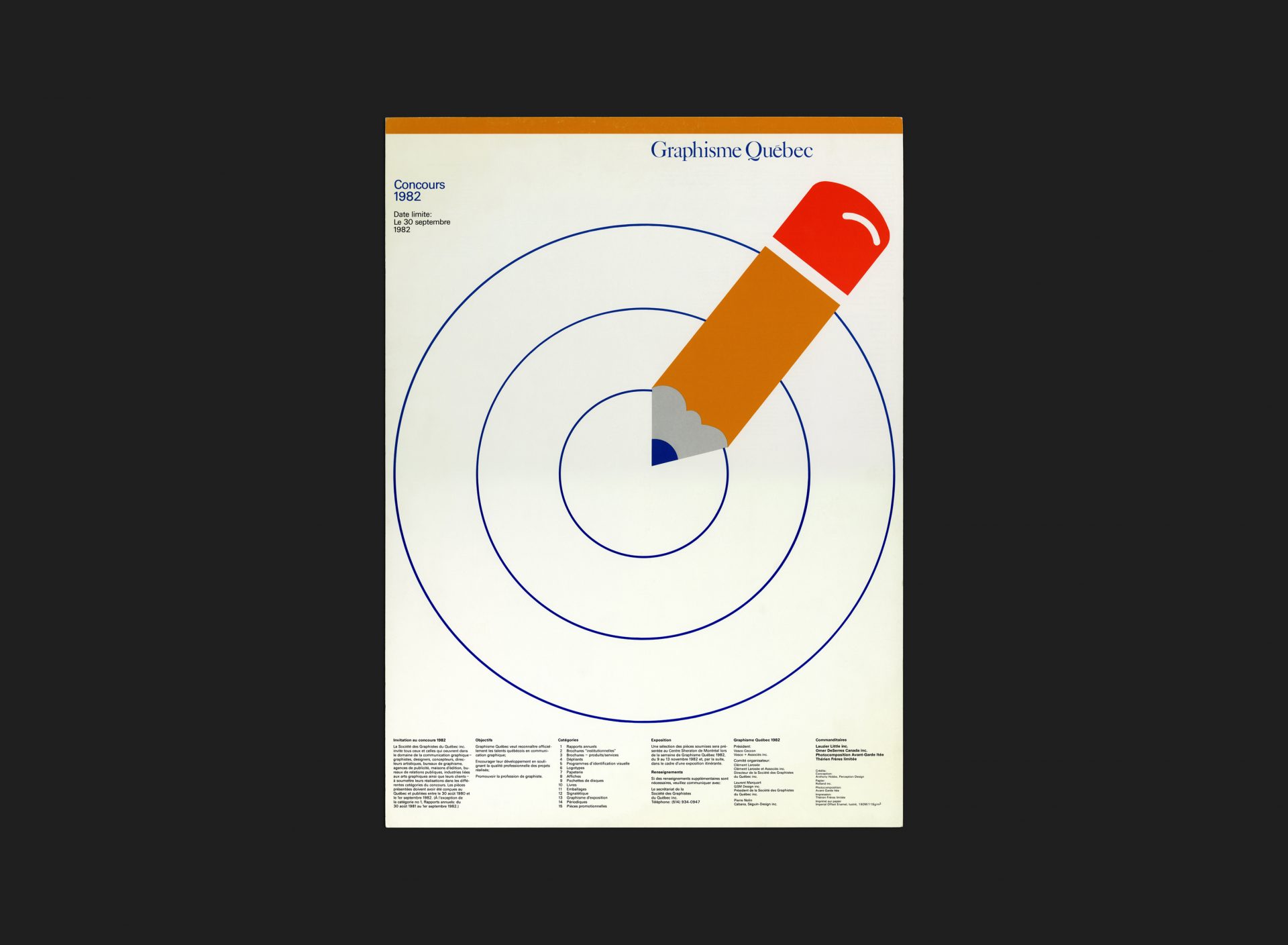 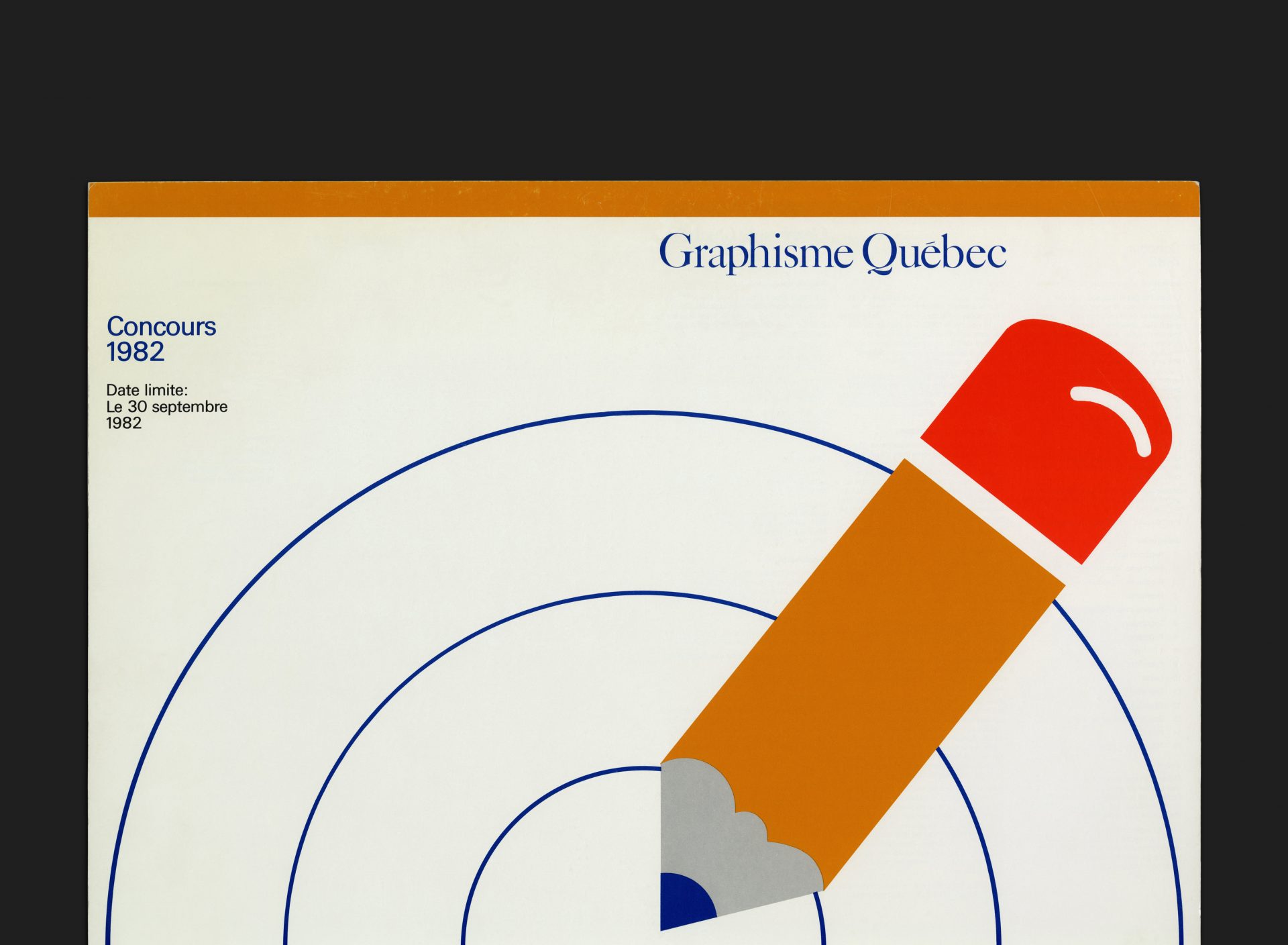 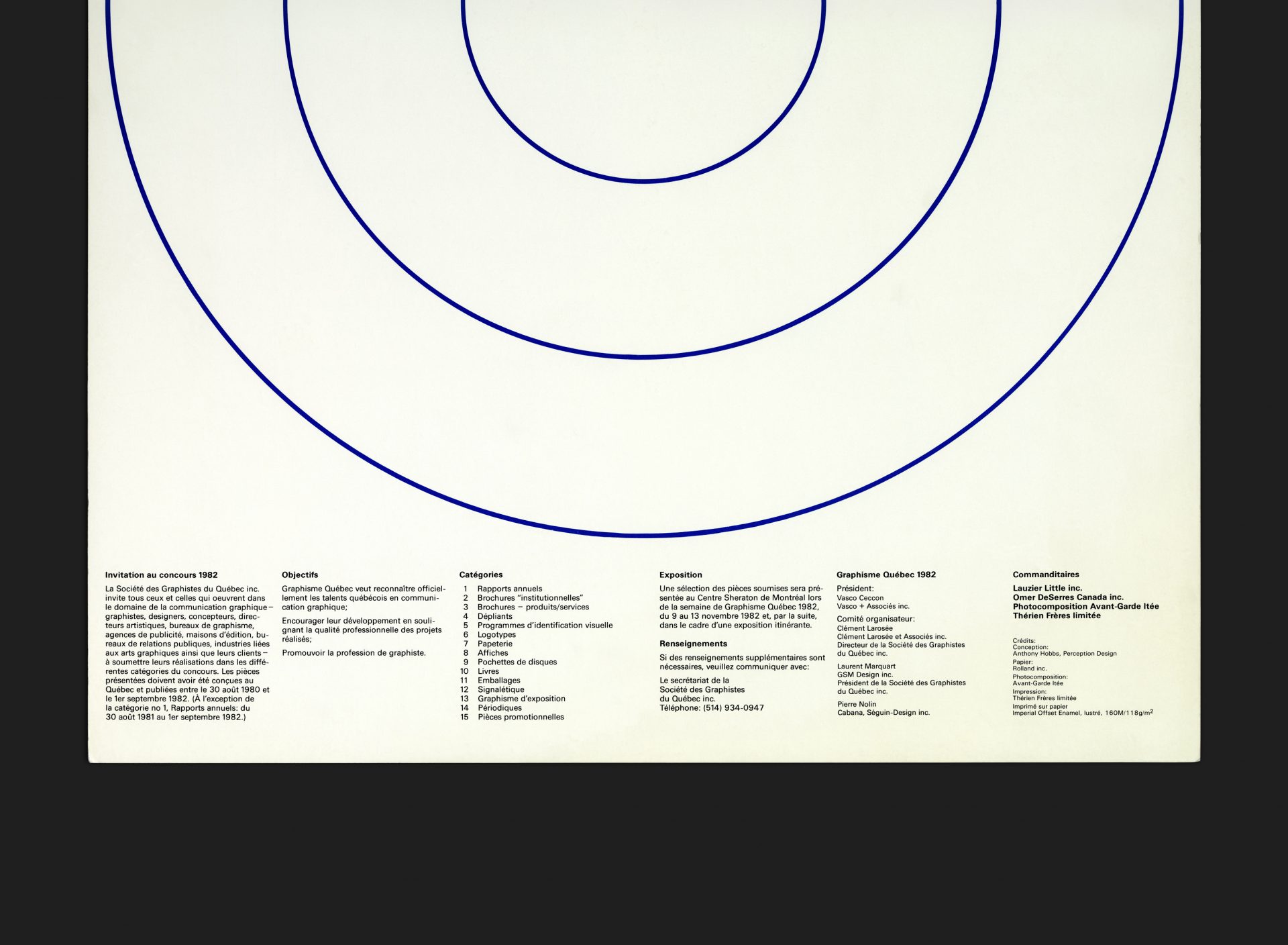 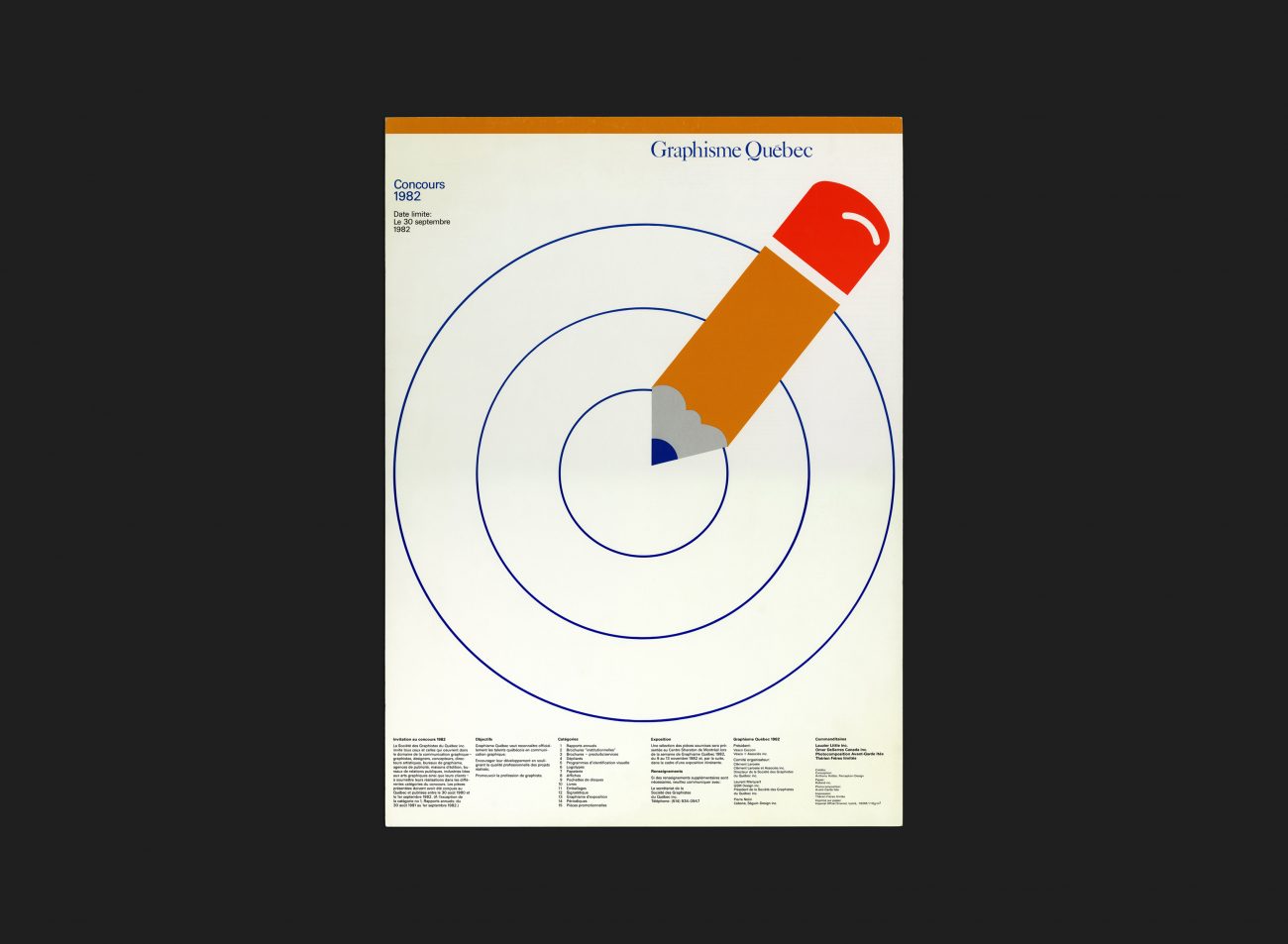 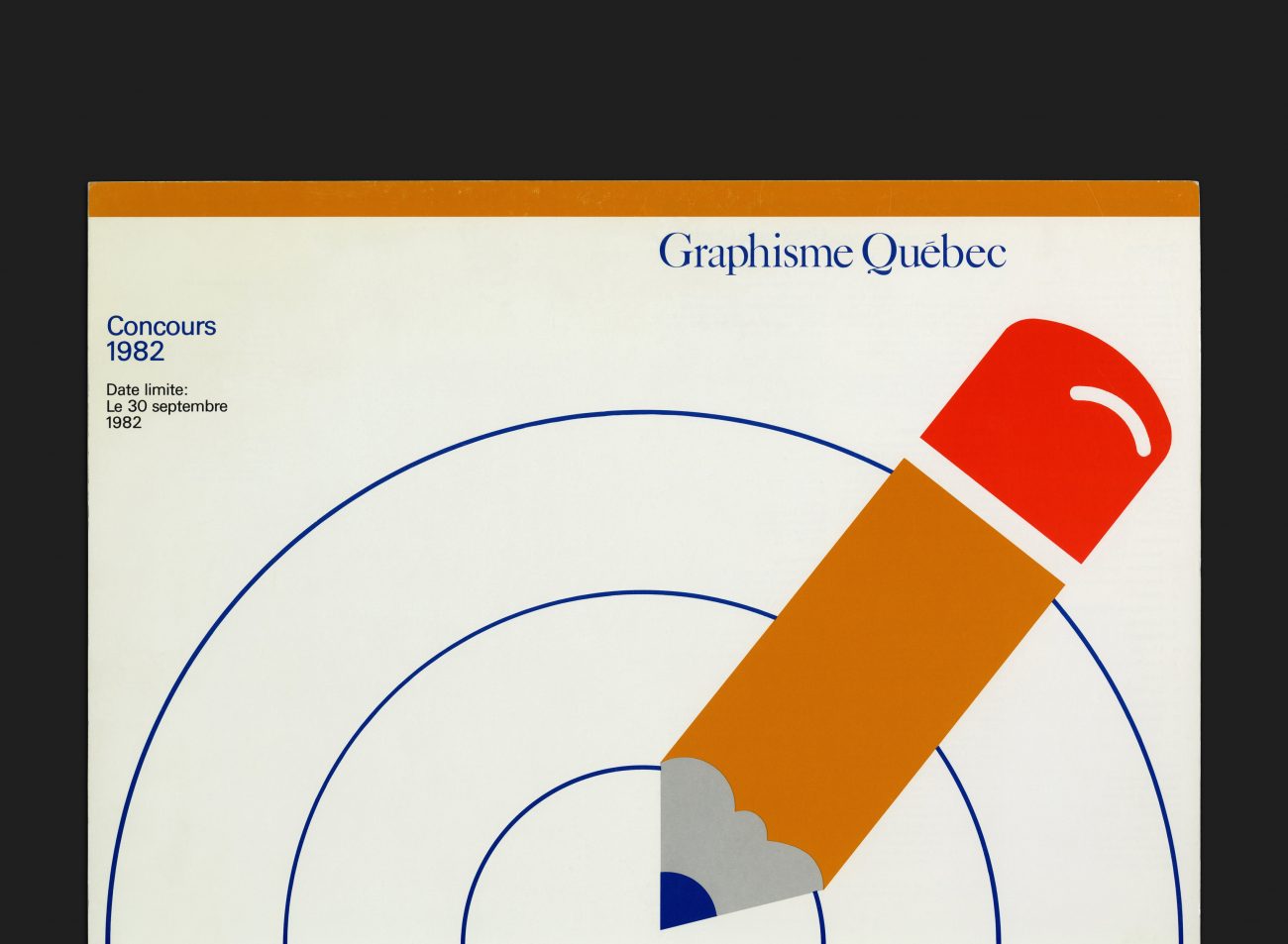 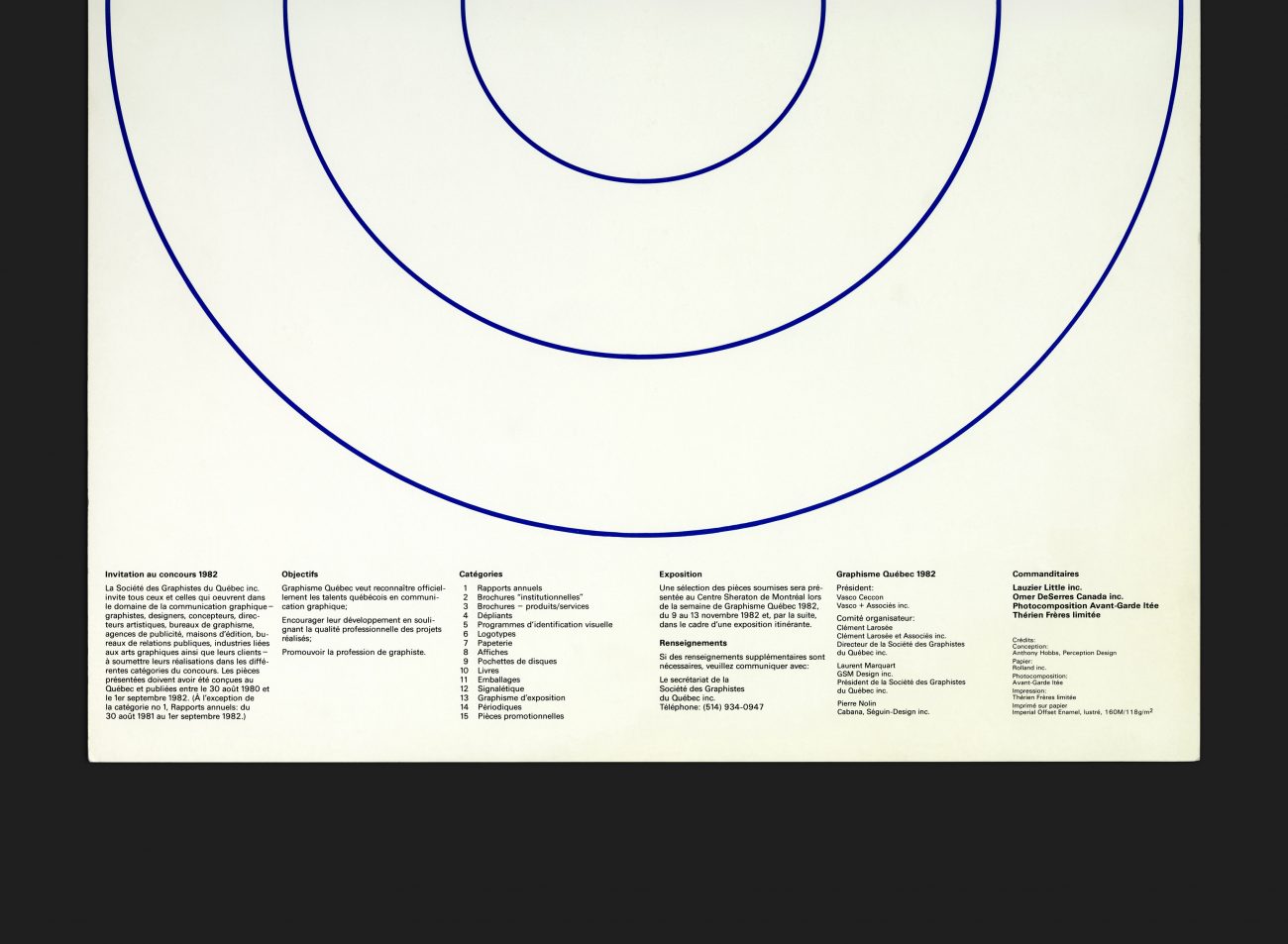 Graphisme Québec was and event run by Société des Graphistes du Québec (SDGQ) aimed at all those who worked in the field of graphic communications within Québec. The ambitions of the awards honoured those who displayed a high level of quality and professionalism in their work as well as promoting the profession of graphic designer to wider audiences. The competition covered work published within a two year period between August 30, 1980 and September 1, 1982 and was broken into 15 distinct categories. At the time, Vasco Ceccon of Vasco+Associates was president of the awards and the organizing committee consisted of: Clement Larosée, Laurent Marquait and Pierre Nolin. Anthony Hobbs was in charge of creating the identity and marketing materials for the event.

This piece serves as the official call for entries for Graphisme Québec 1982, presented in poster format. The dominant graphic device is comprised of a yellow and red pencil with its tip aimed into the centre of a target comprised of 3 concentric circles. The title of the event is set in Caslon and all of the remaining typography is set in Univers on a 6 column grid. Whist this artefact is a flat version, it was mailed folded down into quarters. On the cover the pencil tip being precisely placed in the lower left hand corner.