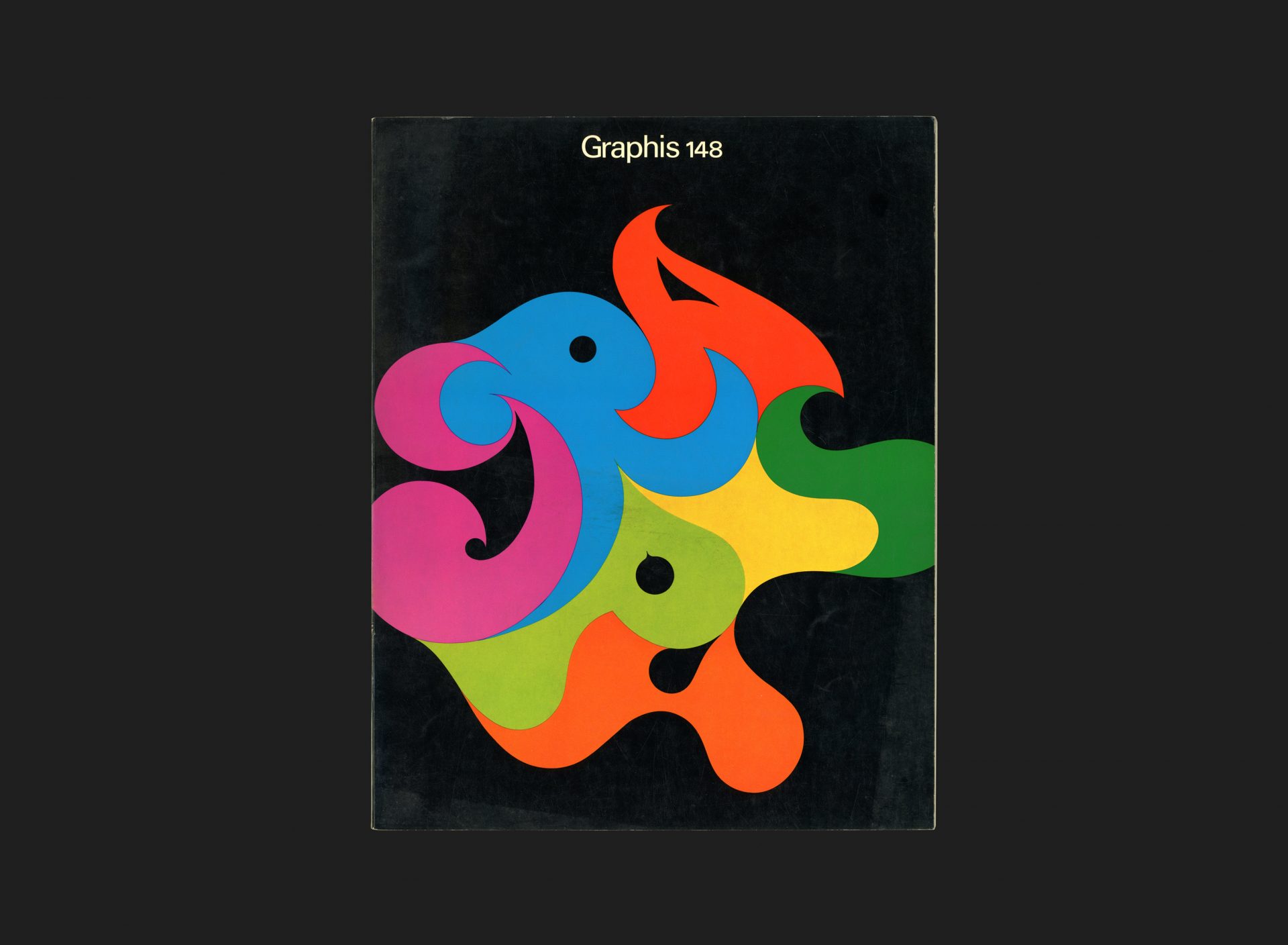 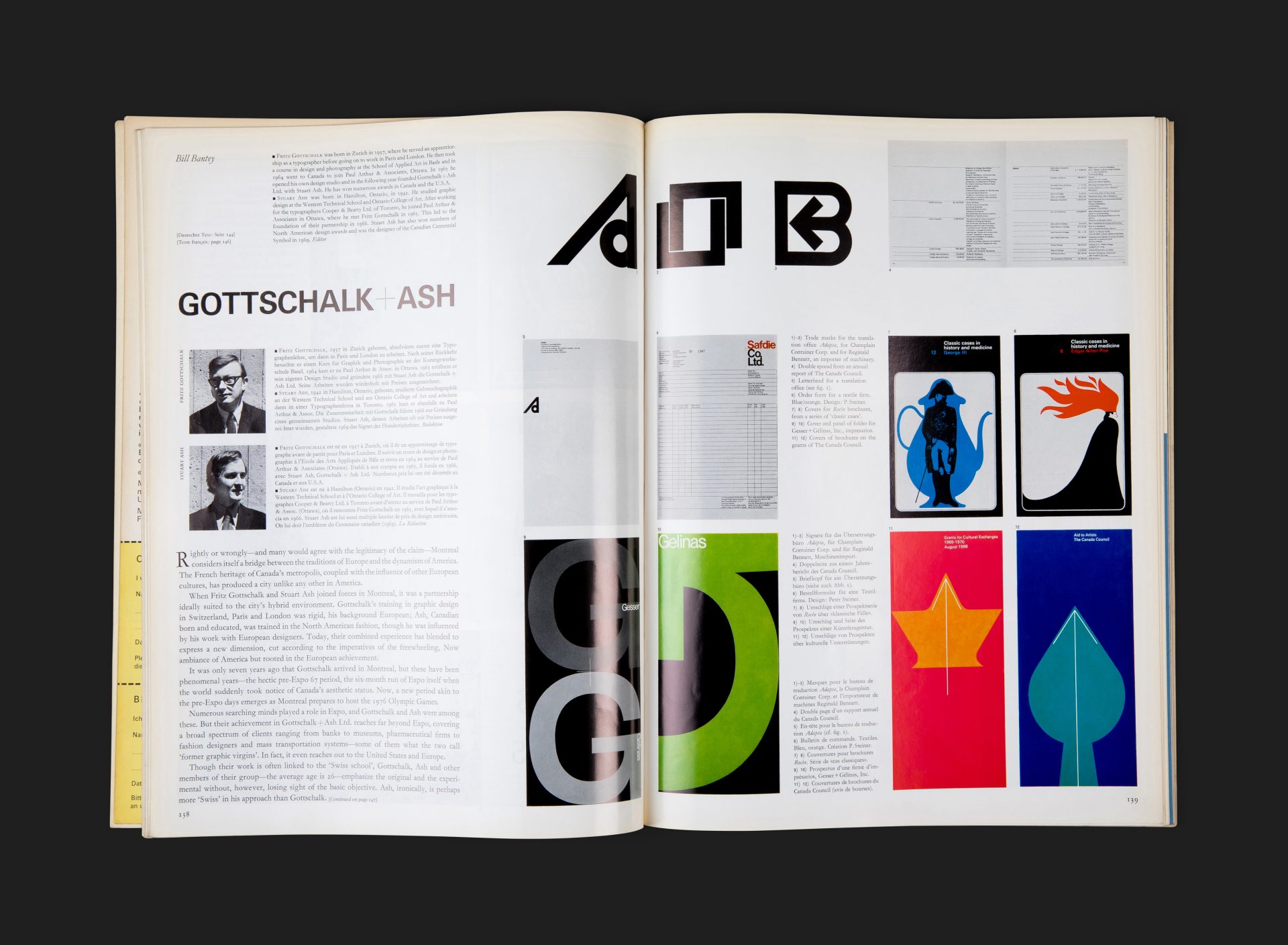 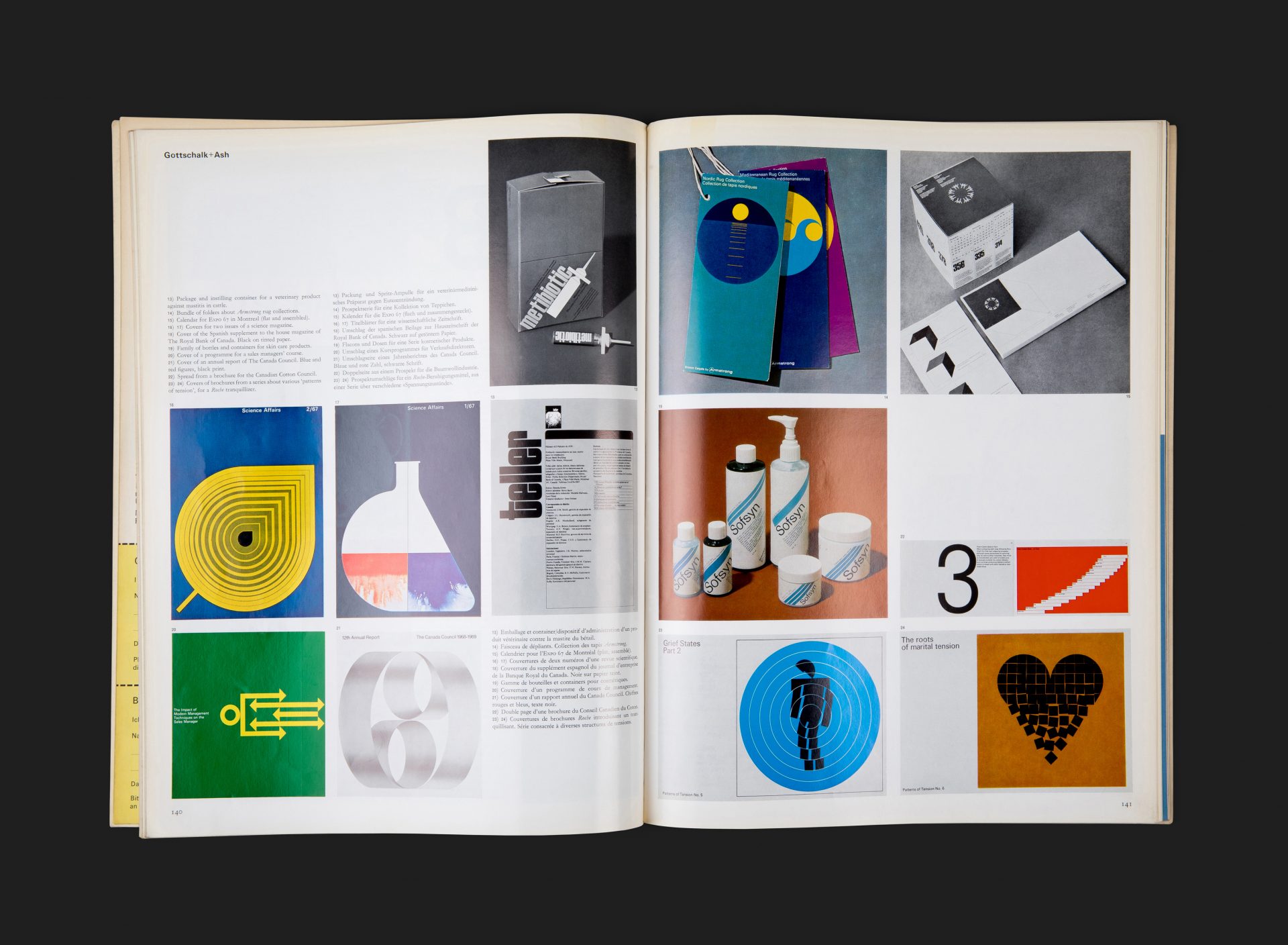 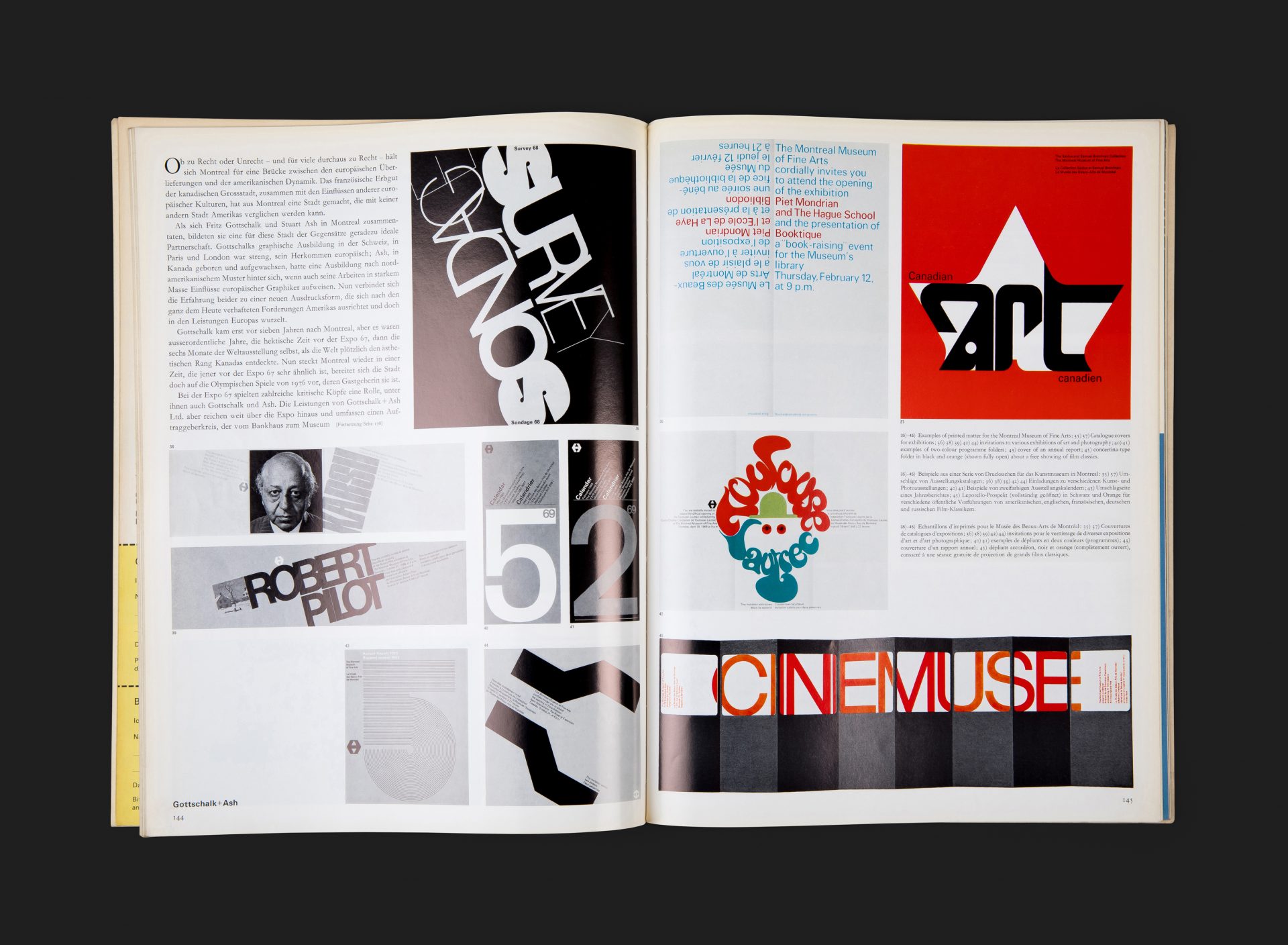 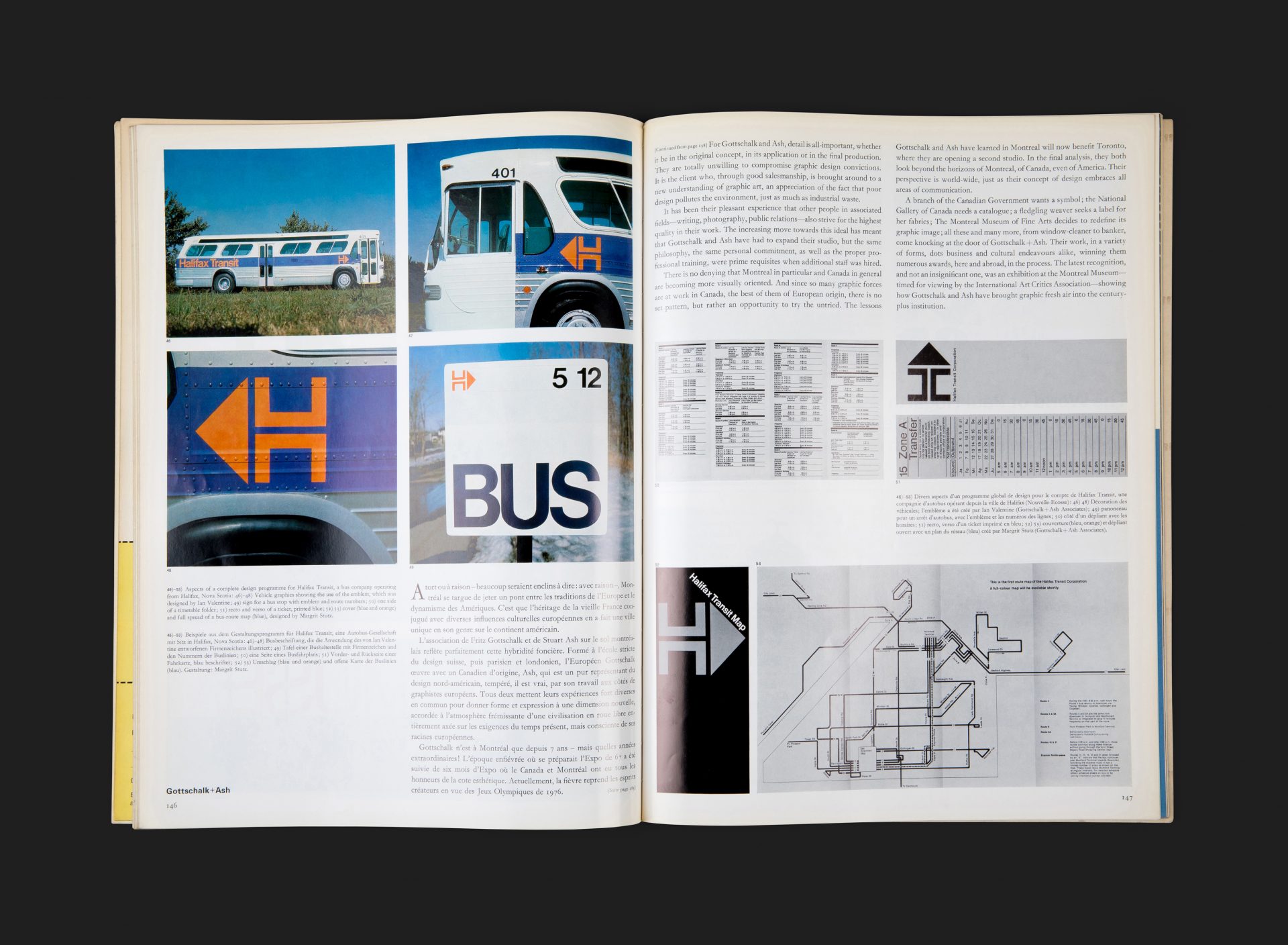 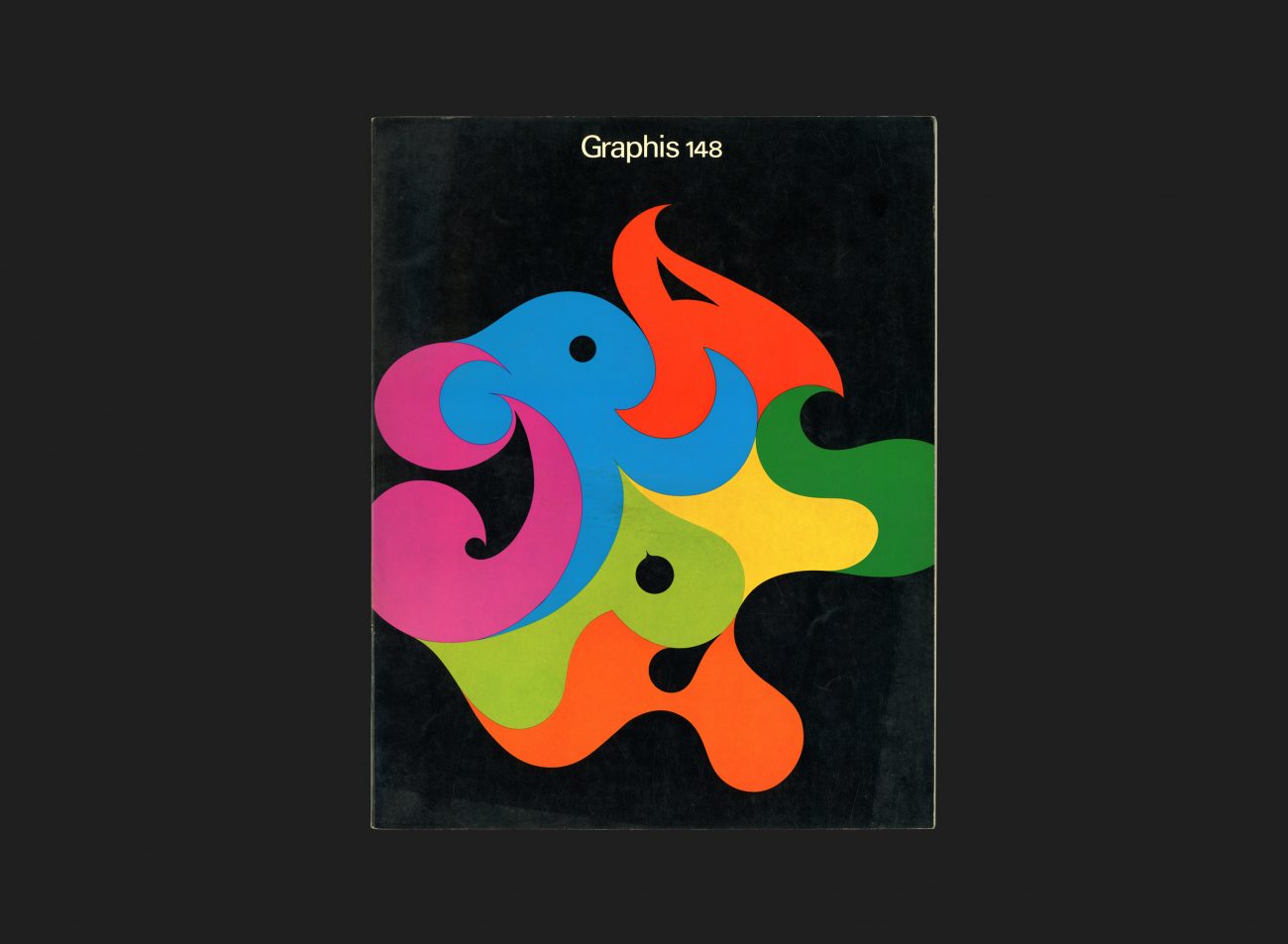 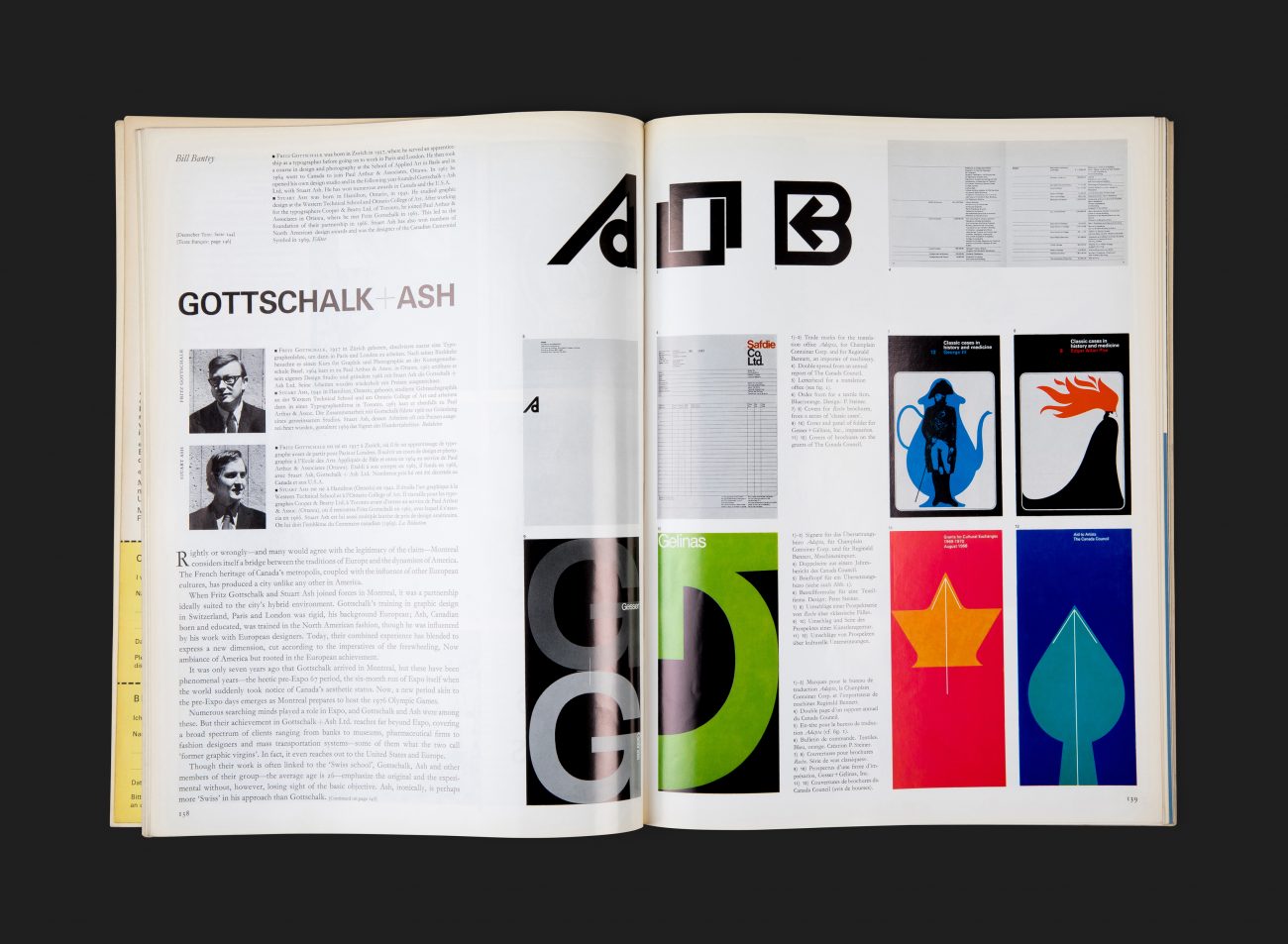 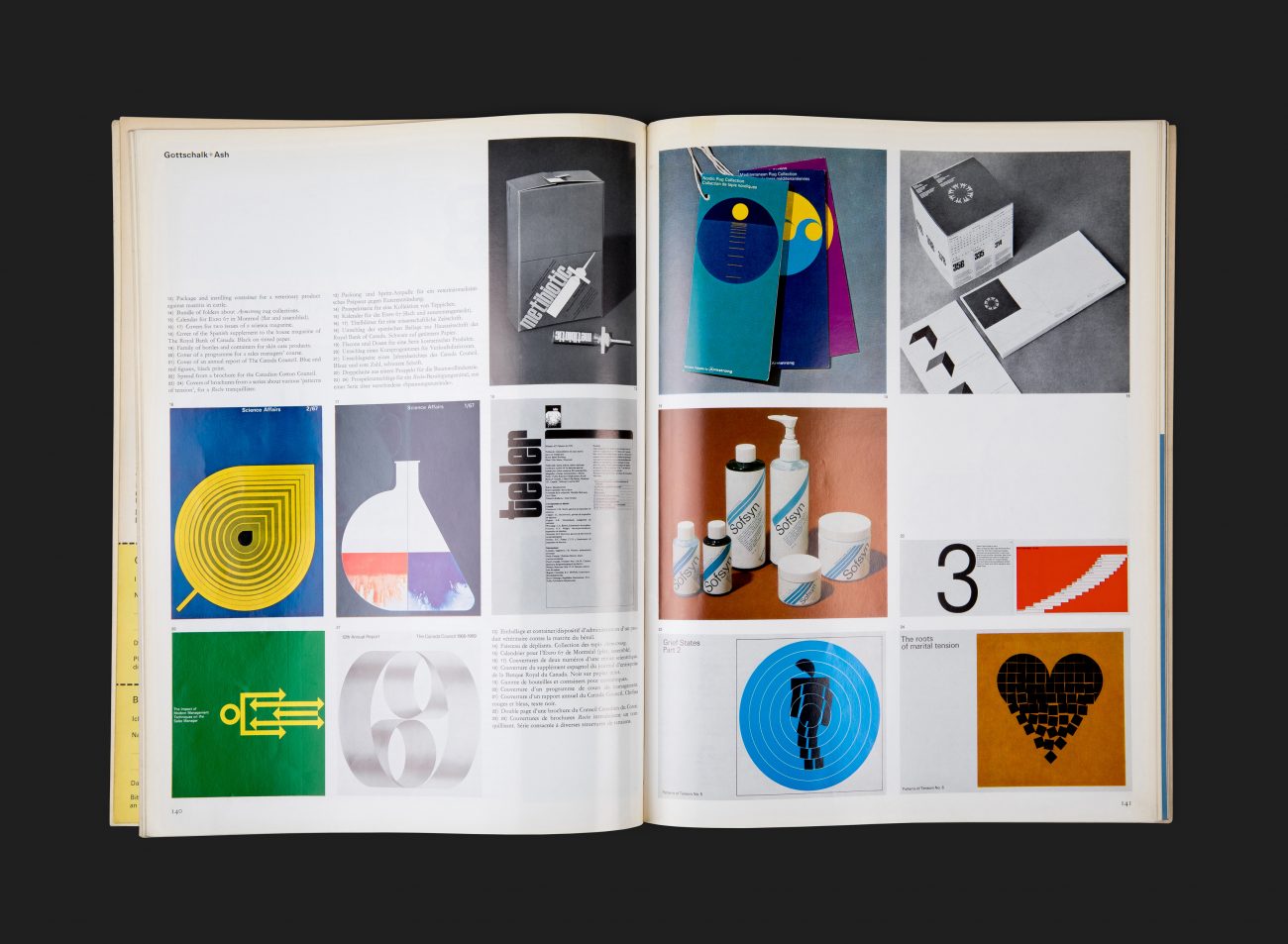 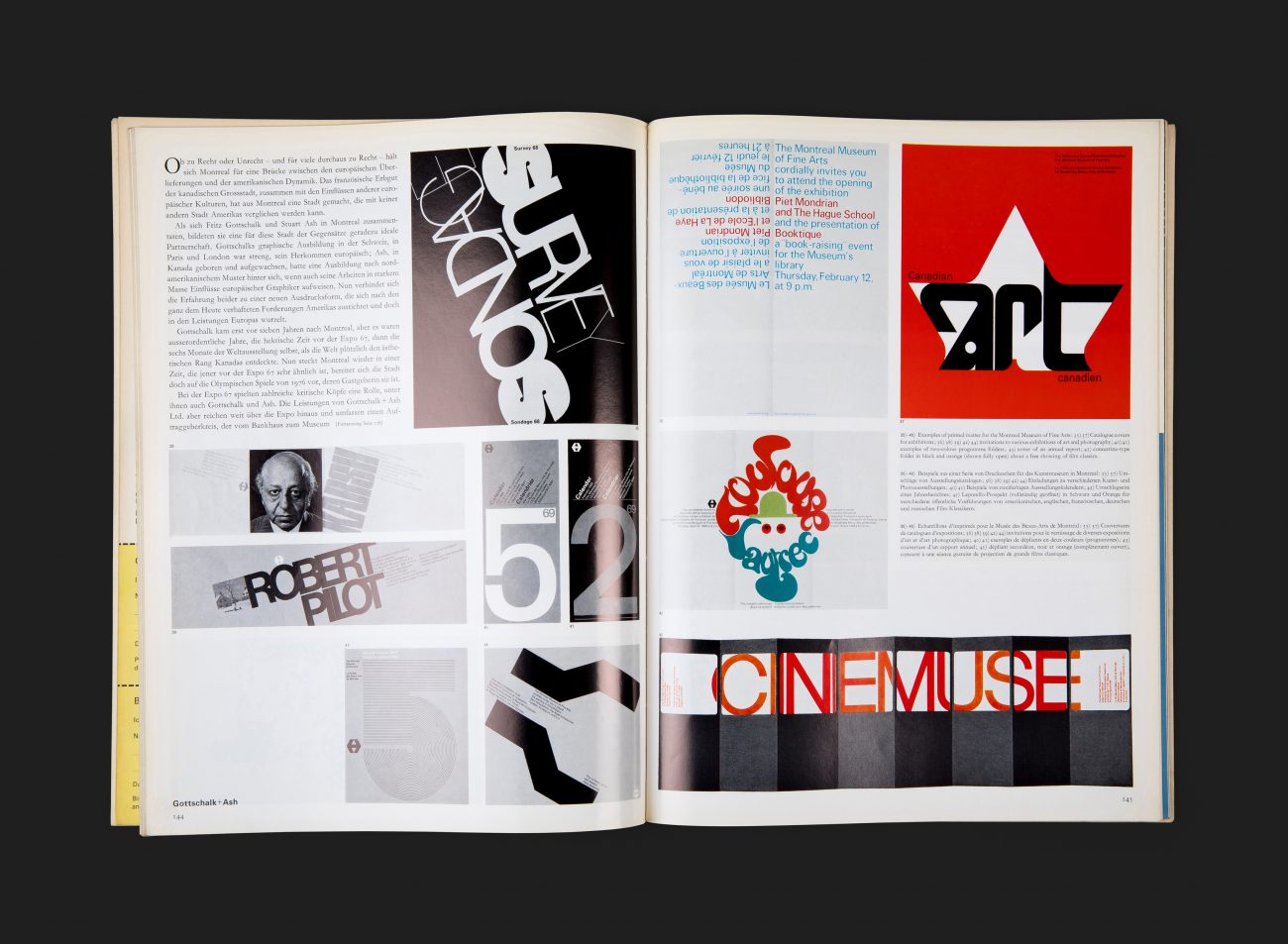 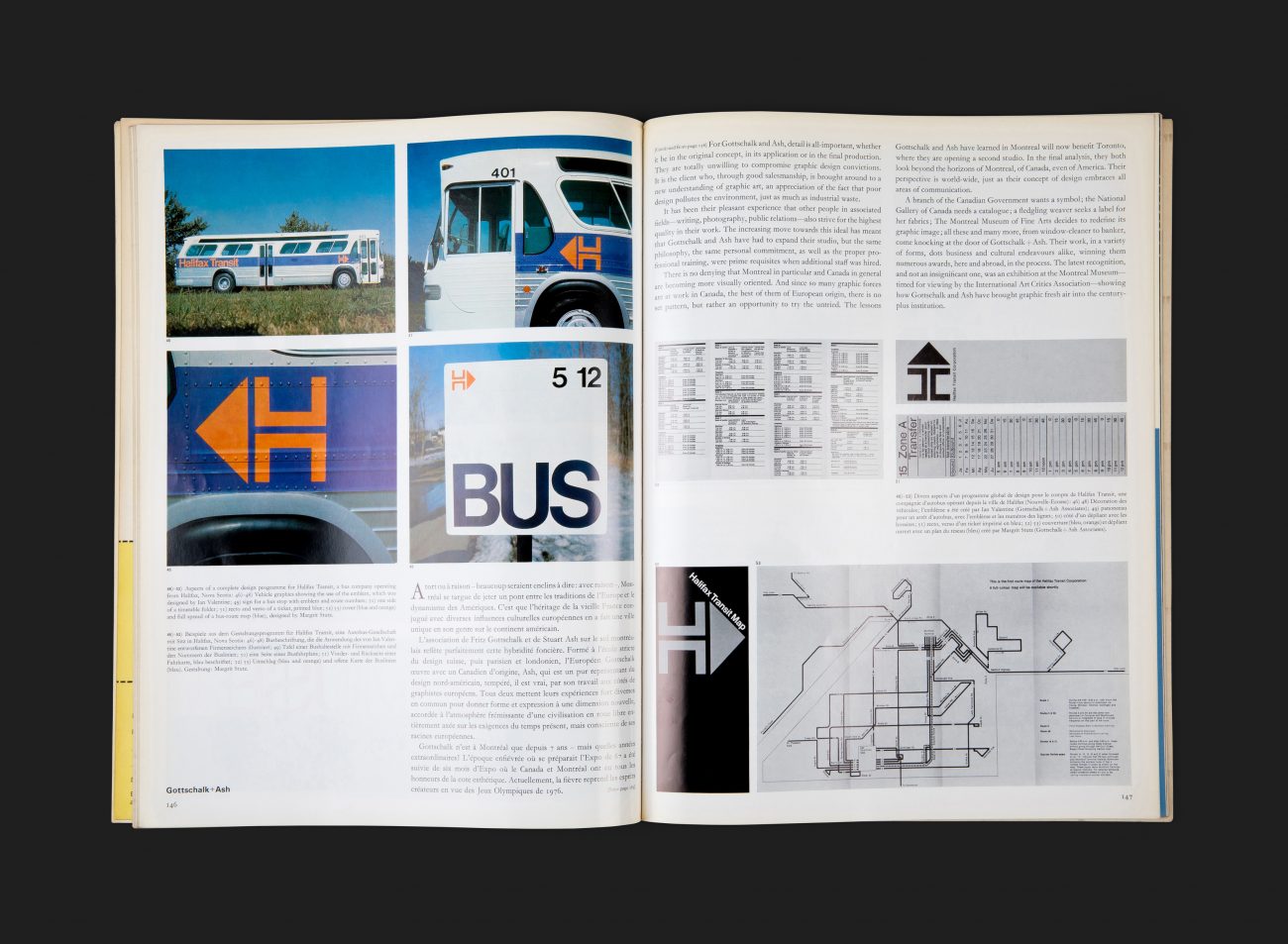 Gottschalk+Ash were renowned for their use of vibrancy and colour within their Swiss-inspired design, drawing inspiration from various art movements of the 20th Century. Through maintaining a close relationship with the design press in Europe the young G+A managed to achieve significant exposure beyond Canada. Graphis profiled the studio for the first time in 1970 (just 4 years after their inception) and invited Swiss-born Fritz Gottschalk to design the cover. As a response to the flaunting forms and contrasting bright colours of the then Pop era Fritz ‘let himself go’. Despite these bright and expressive letterforms, the cover design manages to retain a sense of restraint and discipline, reinforcing the level of formal control at the hands of the designer.

Bill Bantey’s (legendary Montréal journalist) extensive profile of the studio includes a large selection of work, unusual for such a young agency from Montréal (the article mentions their plans to open a second studio in Toronto, which were fulfilled in 1972). It recognises their global outlook and ambition, stating “…they both look beyond the horizons of Montréal, of Canada, even of America. Their perspective is world-wide, just as their concept of design embraces all areas of communication.”