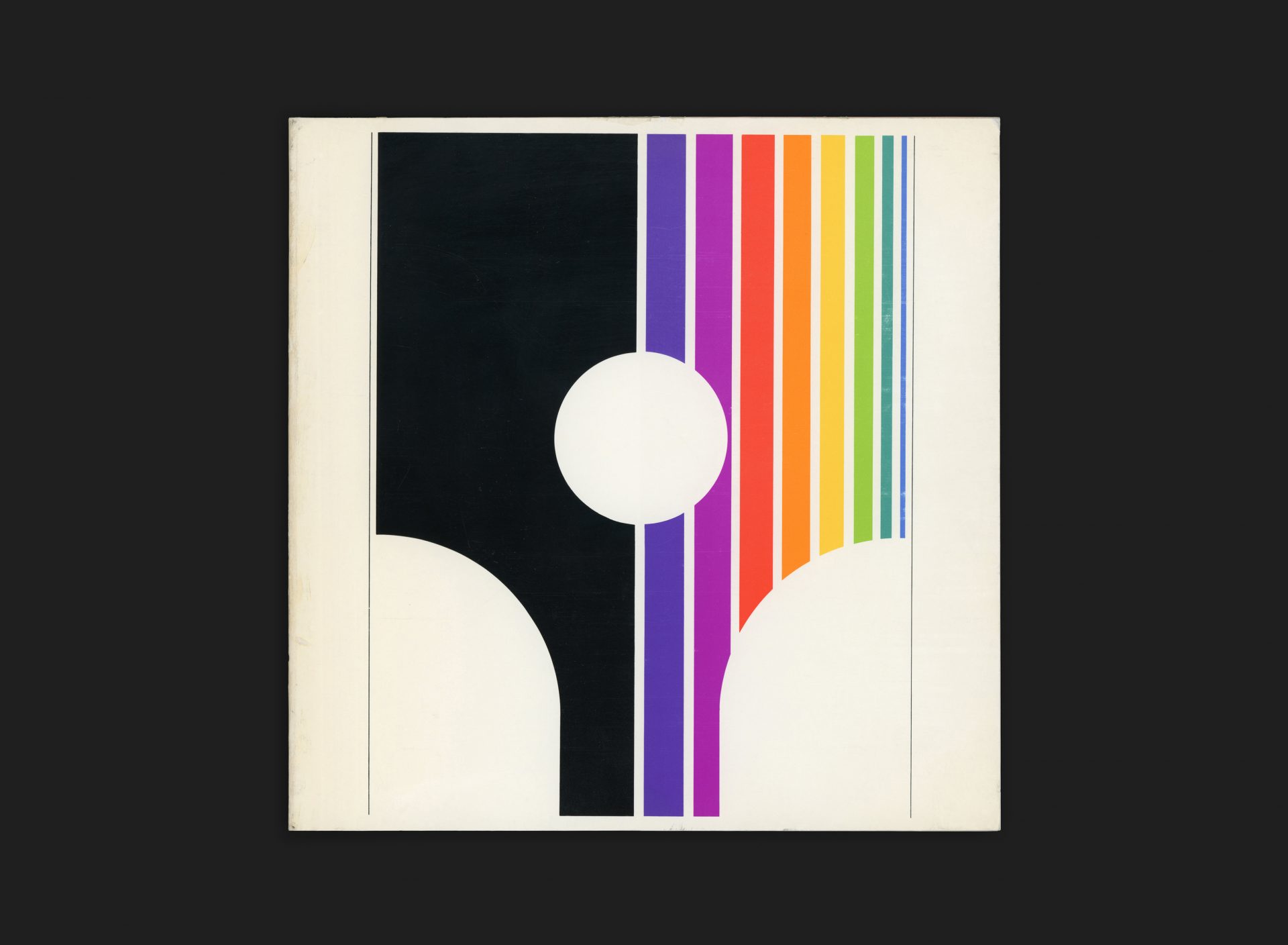 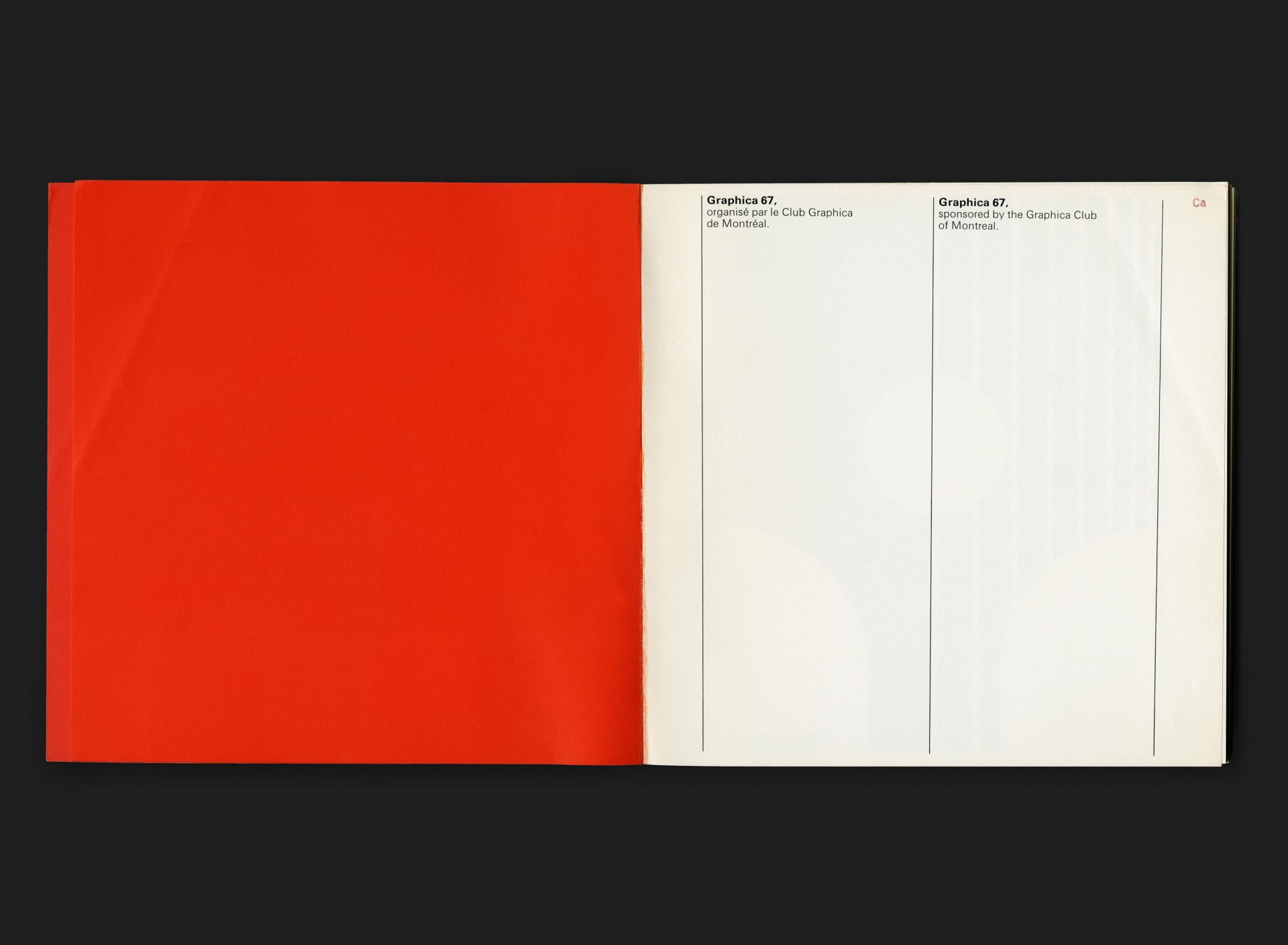 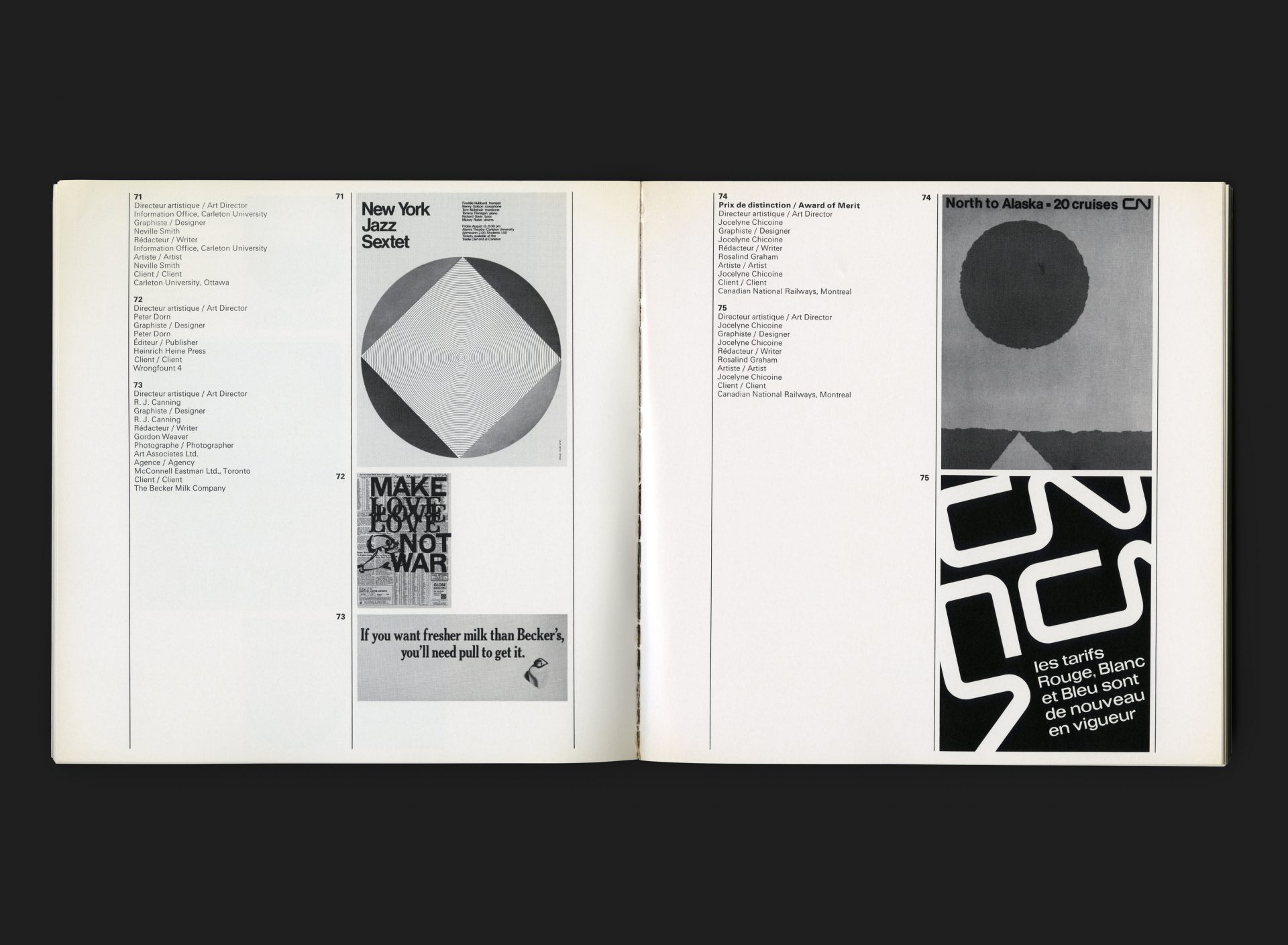 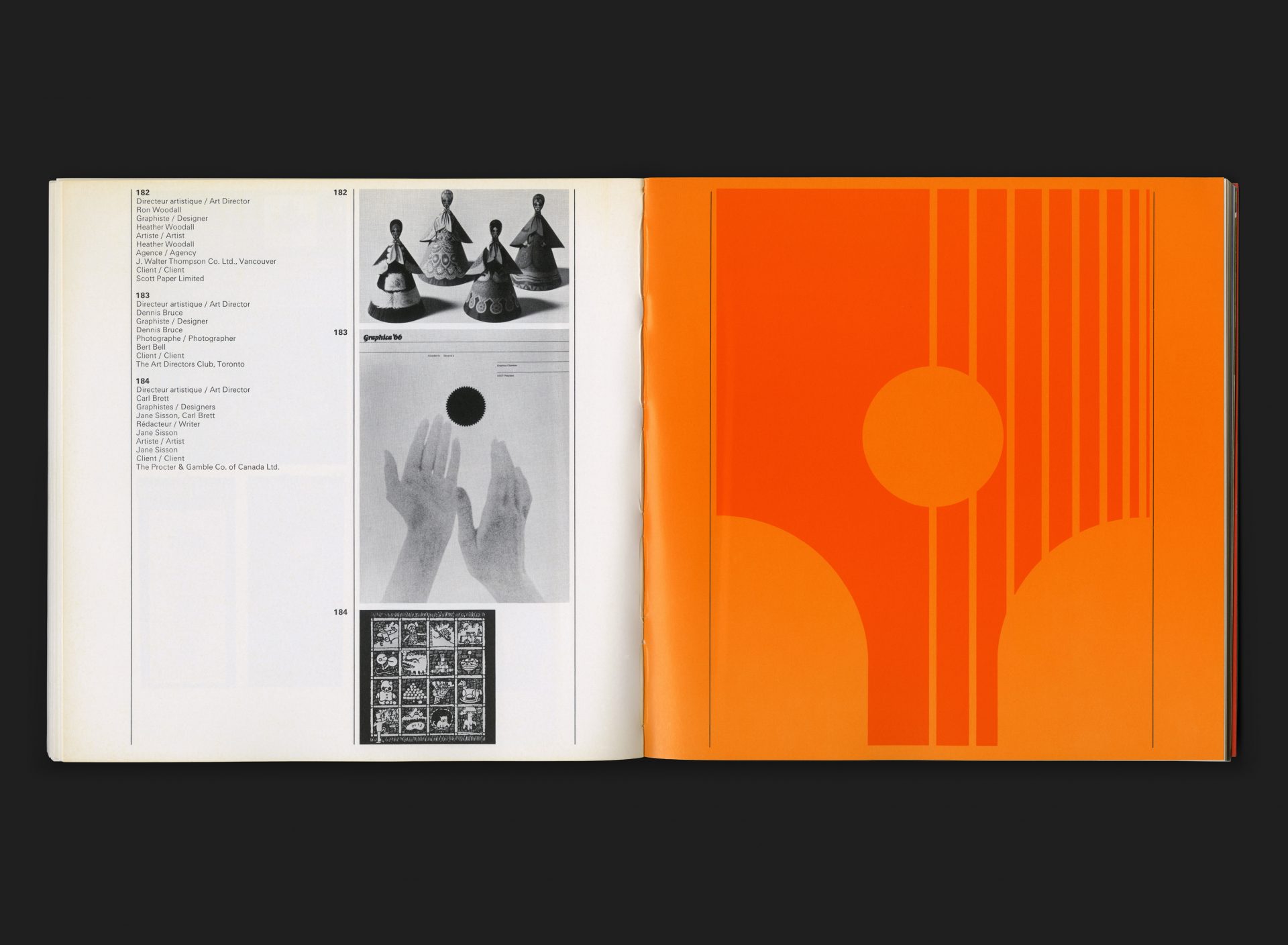 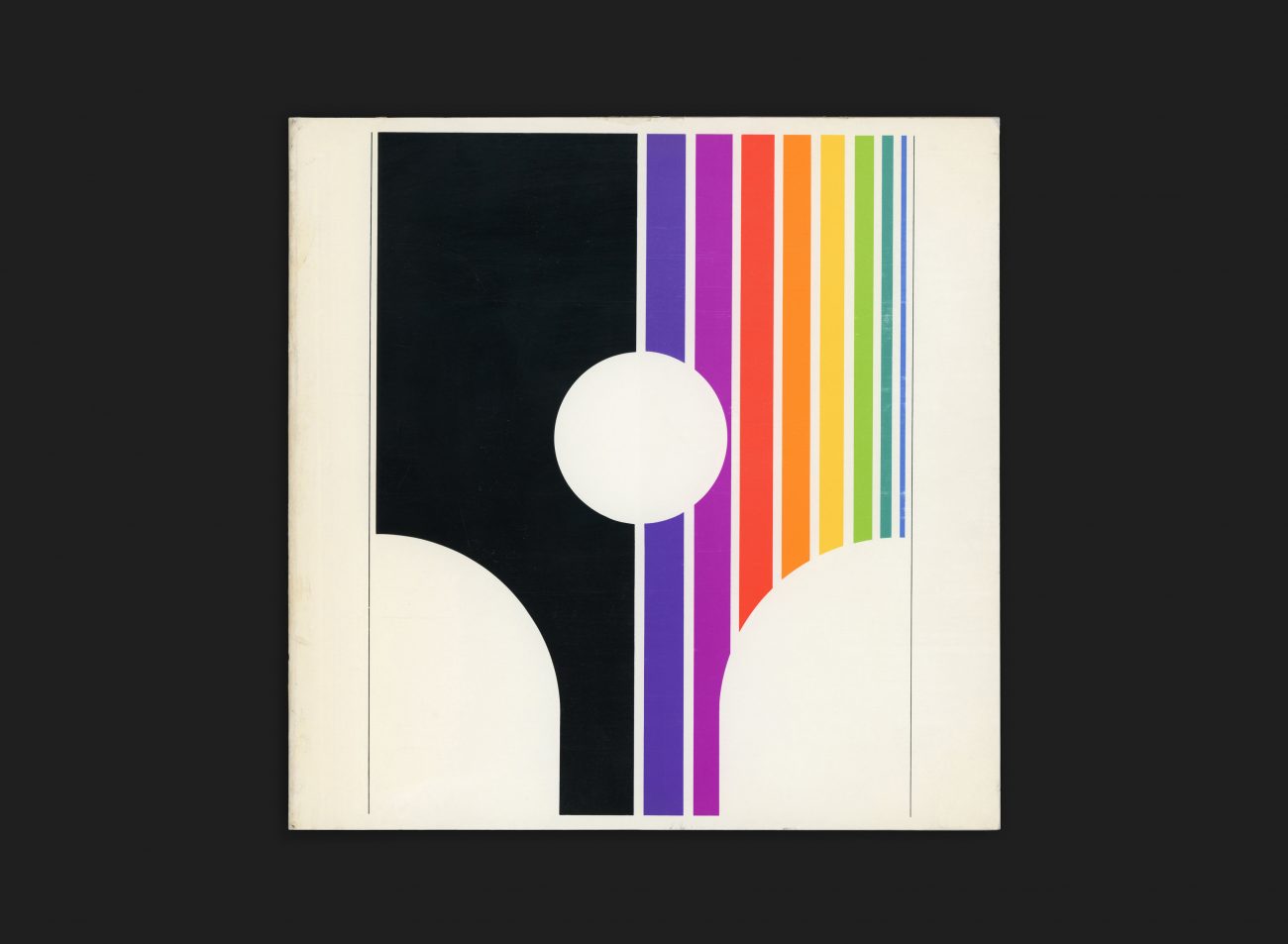 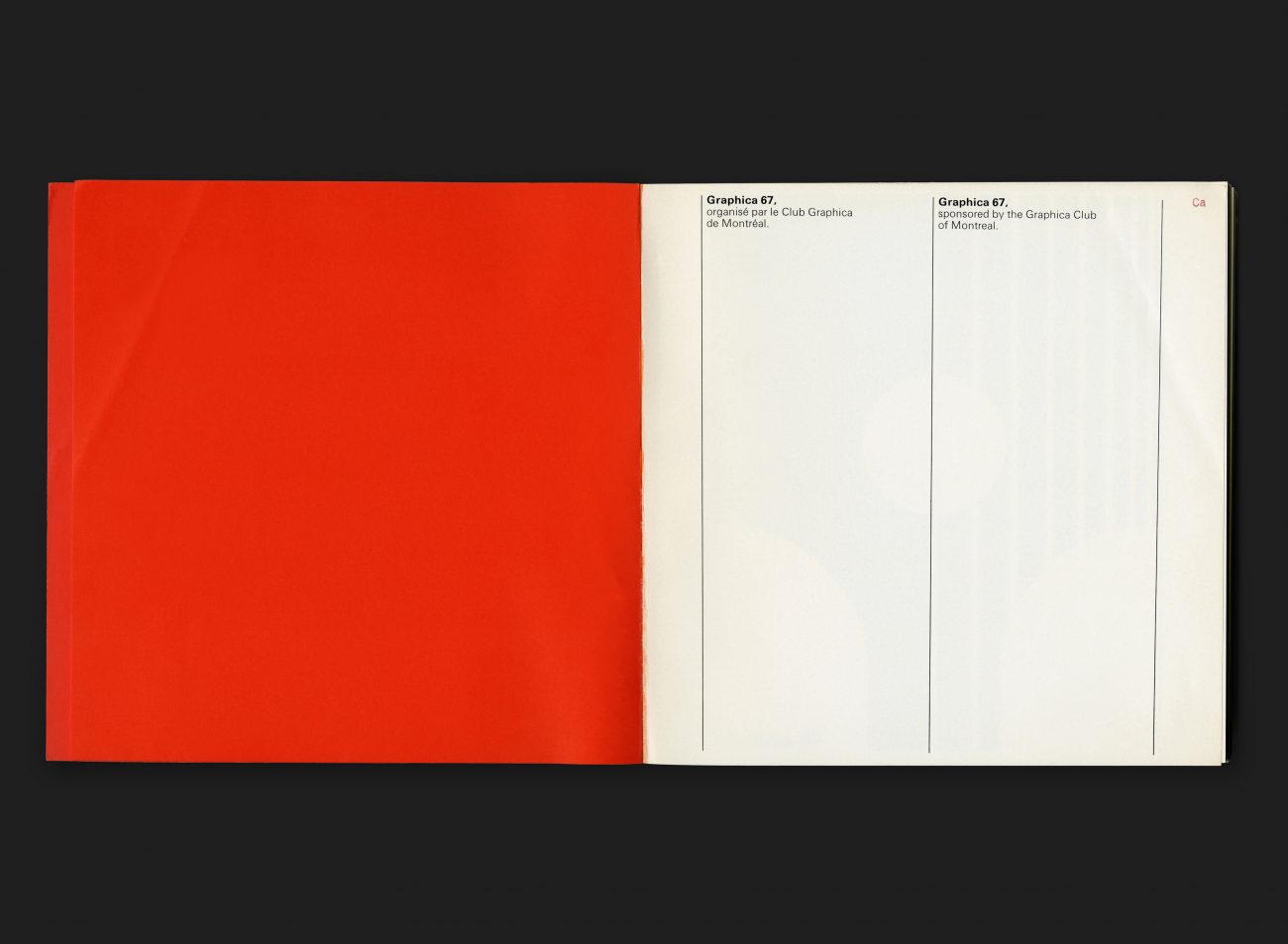 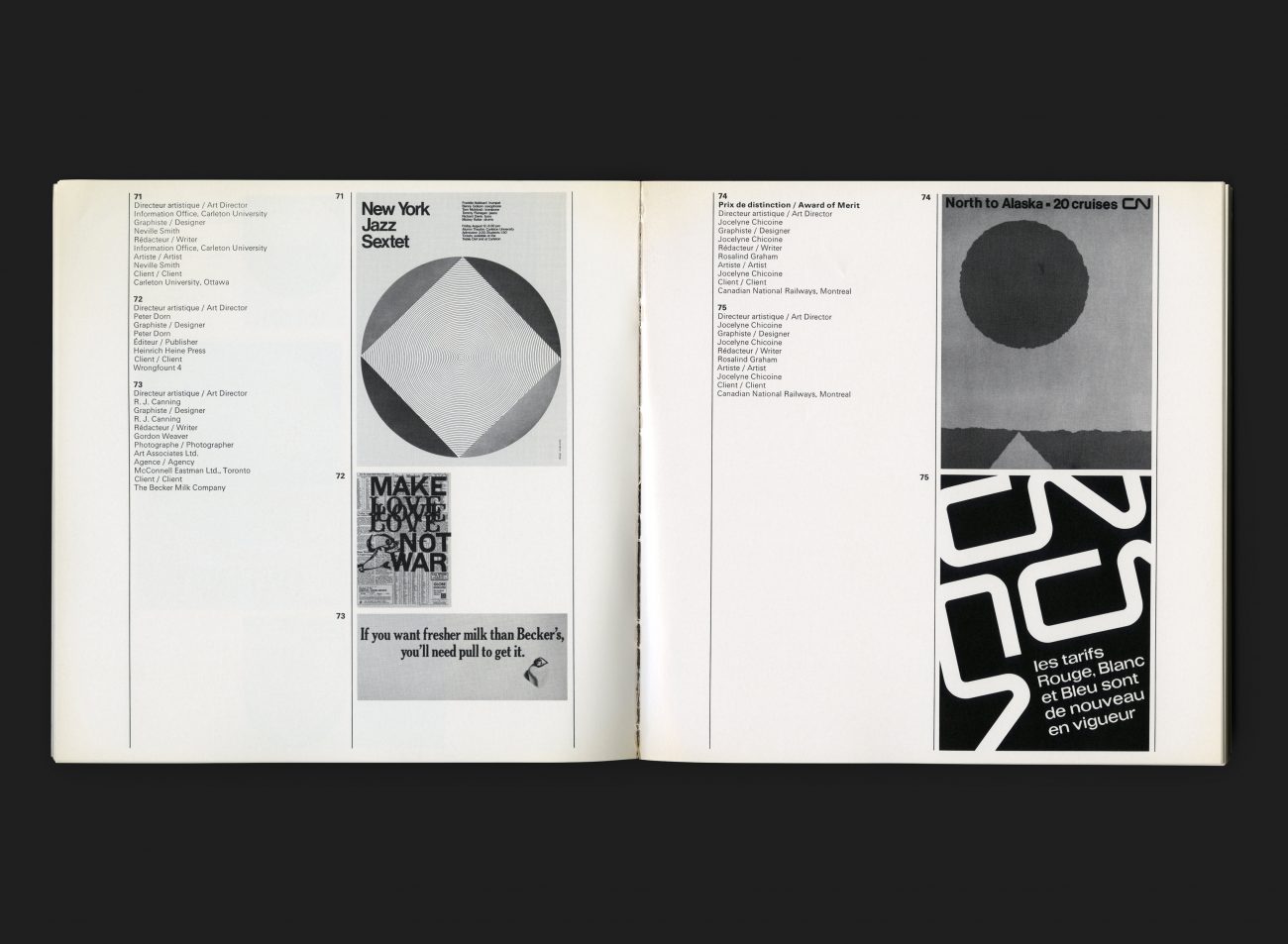 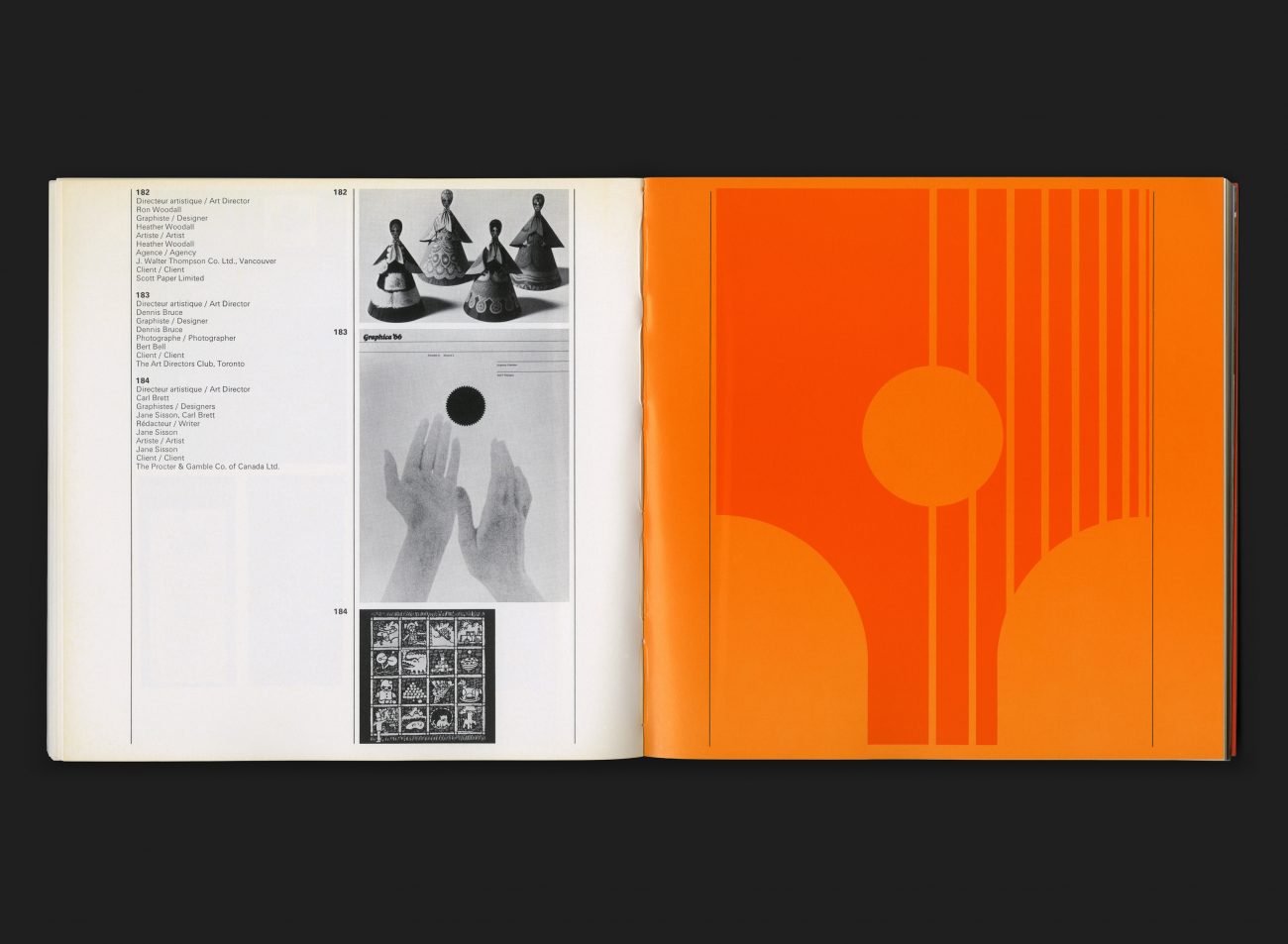 Client: The Graphica Club of Montréal

Graphica exhibitions were organised by the Graphica Club of Montréal, celebrating the best work created within three categories – advertising, editorial and television graphics. 1967 saw the third running the event, in a year where the number of entries reached 3,800, at the time the largest number of submission ever received for any such exhibitions in Canada. The rise in the quantity of the submissions was also matched by a rise in quality, due in no small part to the build up to Expo67, which was having a major impact on the understanding and appreciation of good design.

The cover features the organization’s pen nib icon, which was designed previously by Pierre Fontaine at Gilles Robert. The annual itself consisted of 8 colour coded sections addressing the various categories and supporting content. Advertising was sold within the Annual to generate much needed additional revenue and hence the higher than average production values. The annual was housed within a hard slipcase (not shown).