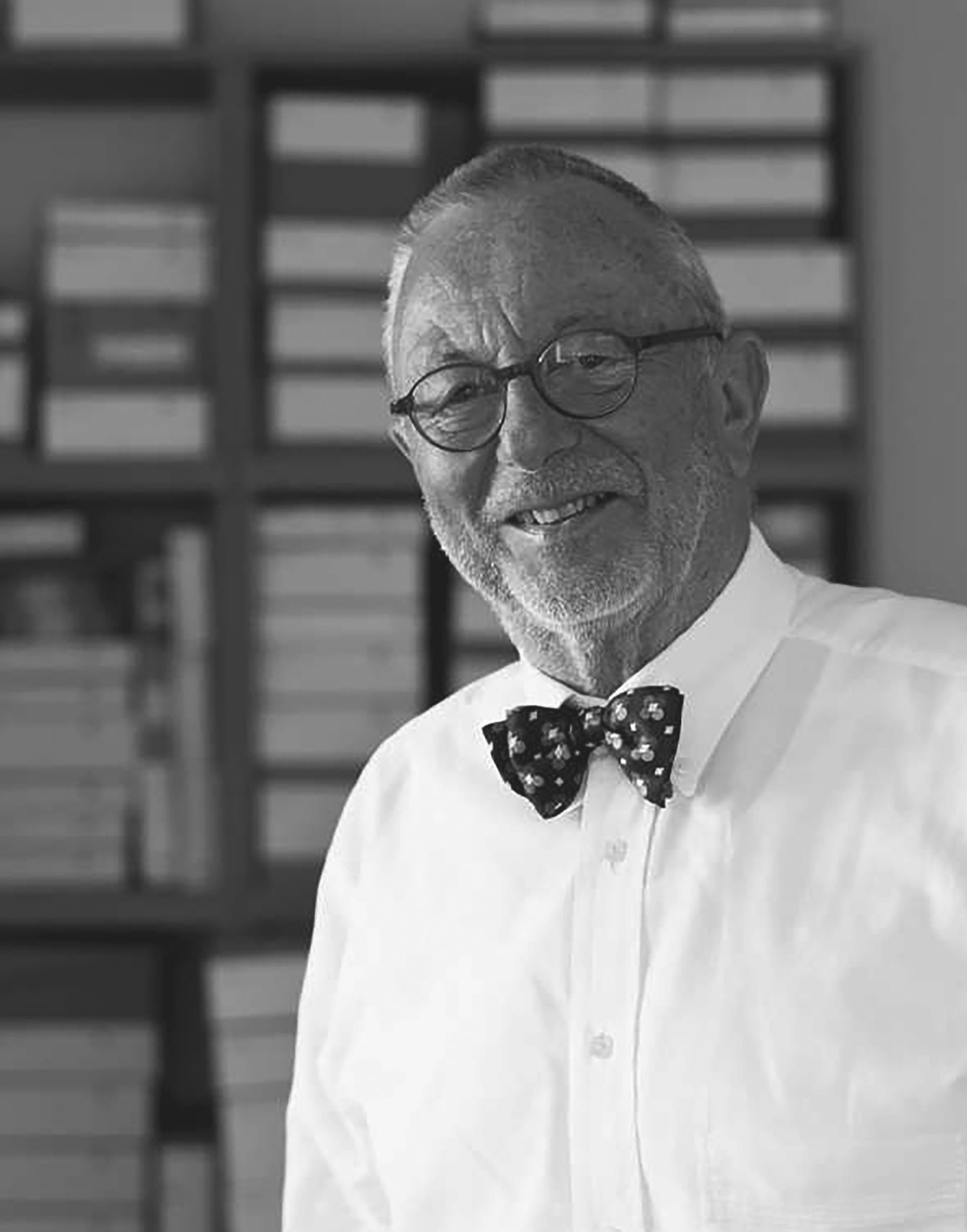 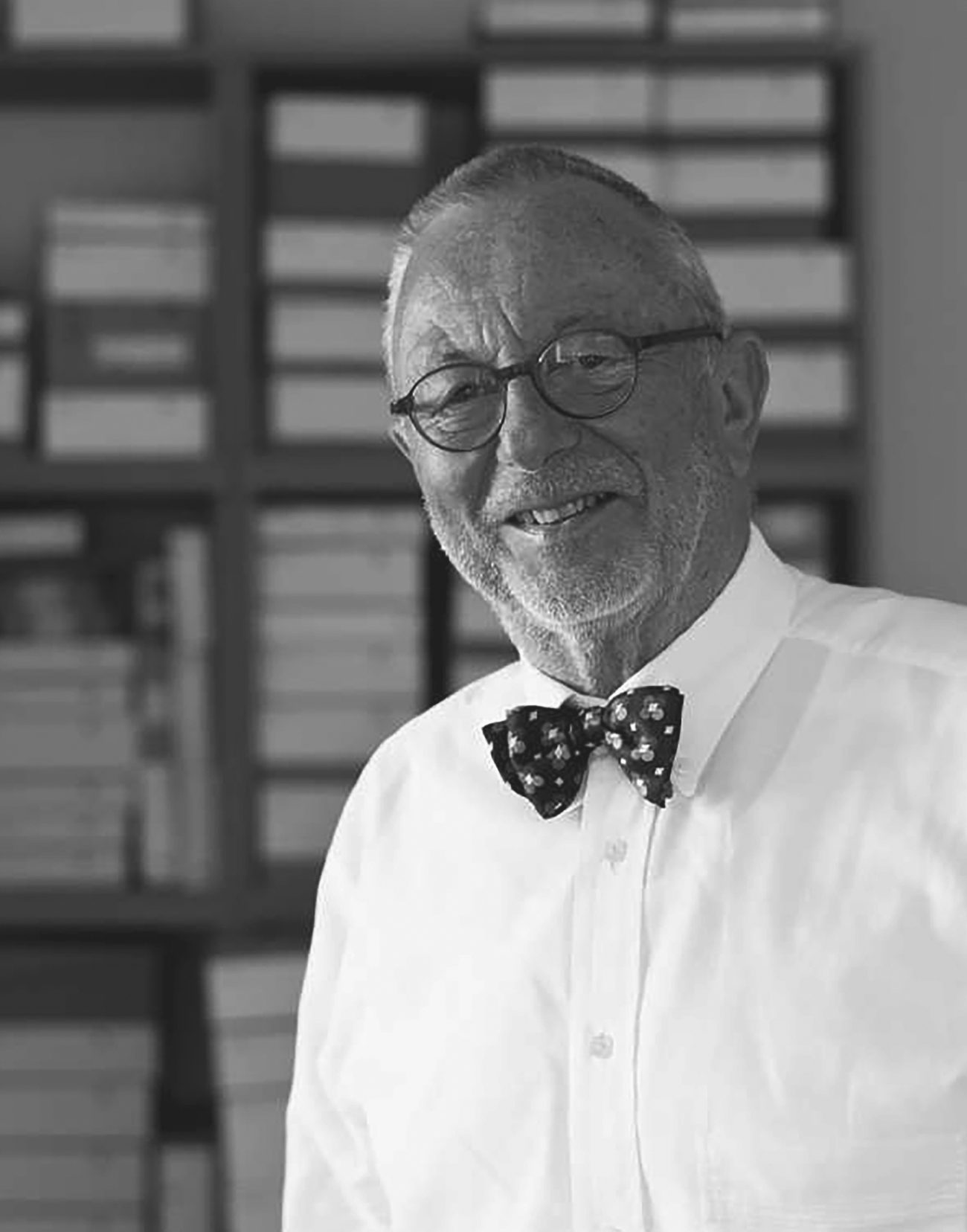 Fritz Gottschalk was born in in Zürich in 1937. After finishing school in 1954 and under the advice of his father (who was a bookbinder), Fritz took up a typesetting apprenticeship at the printing and publishing house Orell Fussli, while also taking classes at the Schule für Gestaltung in Zürich. Through design magazines including Typografische Monatsblätter (TM) and Graphis, Fritz became aware of the work being produced by leading modernist designers of the time, including one in particular — Emil Ruder.

“TM really made me aware of what I was doing as an apprentice — what kind of field I was entering into — and it got me interested in the design and creative aspects of typographic communication. We just adored Ruder and every page or every article he designed or wrote for TM.”

Following his apprenticeship Fritz went first to Paris where he worked for a year and a half at Atelier Typographique and then on to London where he joined London Typographic Designers. Then in 1962 he was awarded a place to complete his postgraduate studies at the prestigious Schule für Gestaltung Basel, where he trained not only under Emil Ruder himself but also Armin Hoffmann. The course famously accepted only 2 students each year, and competition for the places was extremely fierce.

After completing his studies Fritz turned his attention to the work coming out of America at that time, and set his sights on New York. In comparison Switzerland felt small and limited in terms of opportunity, but there was one main problem — emigrating to the USA meant being drafted straight into the army. The solution he settled upon was to move to Canada initially, and from there head to the USA once circumstances permitted.

Canada was a relatively unknown territory in design terms. Fritz asked his friend Walter Herdeg from Graphis magazine who the leading designers were at that time, and Walter suggested he contact Paul Arthur, who had been Assistant Editor of Graphis and had spent four years living in Switzerland. Through his own research he also found Allan Fleming and Ernst Roch, and so he wrote to all three enquiring about the possibility of work, enclosing a sample of his portfolio.

Fleming was the first to respond with the line “Fritz, over here, it is a freewheeling society”, which Fritz interpreted as a hint that perhaps he was a little too Swiss! Then Ernst Roch replied and invited him to come and see him once he arrived. The last to reply was Paul Arthur, who simply said “You were recommended by Herdeg, so you can start working for me.”

Fritz spent 2 years working for Paul Arthur+Associates in Ottawa, during which time the company grew from 3 to 15 employees. An opportunity arose in 1965 to relocate to Montréal and work on two big projects that the firm had won, Expo67 and Place Bonaventure. The city had a distinctive character that Fritz enjoyed:

Within a year of the move Fritz made the decision to leave Paul Arthur and start working on his own, having attracted Montréal’s Museum of Fine Art as a first client for a full redesign program. Shortly after he was contacted by Stuart Ash, who had joined the Ottawa studio of Paul Arthur in the same week that Fritz moved to Montréal. Stuart was considering a move to Ulm in Germany to do a postgraduate degree, and wanted Fritz’s advice:

Fritz’s advice was simple: “Stuart, you don’t have to go to Germany. Why don’t you come and work with me as an employee for one year and if things turn out well, we will go into business together — I’ll teach you all the tricks!”

And so the seeds of Gottschalk+Ash were planted. The agency was founded in 1966, and Fritz and Stuart worked together in Montréal for the next 6 years. Initially much of their work came under the umbrella of their old employer, Paul Arthur, but before long their reputation began to build. The two principals were very different in their personal styles, and yet they complemented each other perfectly. Fritz, the formal Swiss and Stuart, the charming Canadian — the whole, greater than its sum of parts.

“Together we had both aspects between us. The European/Swiss way of thinking and the North American English-speaking Canadian ethos; more generous, more relaxed. It was a great combination. I never wanted to do cold Swiss design. My idea always was to go beyond that, take the best from Europe — from Switzerland — and accept the best of the New World, with its freewheeling let’s-try-it attitude.”

Over the following years they secured contracts with many of Canada’s most prestigious clients. In addition to the Museum, G+A worked on projects for the National Gallery of Canada, Hoffman-La Roche, numerous Government of Canada departments and initiatives, Royal Bank of Canada, Canadian Industries Ltd (CIL) and Halifax Transit.

In 1968 Fritz became a dual Swiss/Canadian citizen, the same year that their work was exhibited in the galleries of their first ever client, the Montréal Museum of Fine Arts.

In 1970, as the country began to slide towards a new separatist political climate, Stuart informed Fritz of his desire to open an office in Toronto. With Fritz’s blessing the Toronto studio opened its doors in 1972. Fritz remained in Montréal, supported by partner (and fellow Swiss) Peter Steiner. Both studios continued to build their reputations, not only in Canada but Internationally as well.

In 1976 Gottschalk was appointed Head of the Olympic Commission’s Design Control Office. Here he collaborated with Georges Huel (Director General of Graphics and Design) and Pierre-Yves Pelletier (Deputy Director General of Graphics and Design) on the outstanding identity for the Montréal 1976 Olympic Games. Together they worked with a further 8 permanent designers and over 100 freelancers, producing an astonishing array of merchandise and communications for the event.

However, Montréal after the Olympics was becoming a very different place. Overspending on the Games had created an economic downturn, and the Quebec regional Government sought independence from Canada during the so-called “Quiet Revolution”, while Fritz preferred the more open and international Quebec that had gone before. Stuart’s Toronto studio was growing in line with that city’s rising fortunes, and Fritz, looking beyond Montréal for new opportunities, reawakened his New York aspirations.

In 1976, with the support of fellow G+A / Olympics designer Ken Carbone and another partner Leslie Smolan, Fritz saw the realisation of the dream — a New York studio. New York in the 1970s was not in great shape due to economic turmoil, but there was work almost immediately as a result of associations built through the Olympics.

In 1978, while still only 40, Fritz felt a calling back to his homeland, and took the decision to return, setting up Gottschalk+Ash Zürich. The founding Montréal office was left under the management of Peter Steiner (and later in 1985, sharing the role with Hélène L’Heureux). The New York office shifted its autonomy to Carbone and Smolan (under Stuart’s watchful eye), but by 1985 had divested to became Carbone Smolan Agency.

Once back in Switzerland, Fritz had originally planned to work on his own for at least a year, but within six months he already had his first employee.

During the mid-1980s, Gottschalk embarked upon one of the most influential, prestigious and visible commissions of his career, the design of the Swiss passport. The elegant cover employed a white Swiss cross on a minimalist red field, and the passport quickly grew into a powerful symbol internationally for the Swiss nation. Fritz served for six years as Secretary Treasurer for AGI beginning in 1985, around the same time as launching G+A Milan in partnership with Walter Ballmer, the legendary Olivetti designer. The Milan studio operated for the next seven years before closing in 1992.

Fritz spent the 1990s combining design projects with a growing commitment to professional advocacy. He created symbols for the Ice Hockey World Championship and a new outdoor advertising concept for the city of Zürich. He sat on the boards at both Graphis Publishing and the Zürich University of the Arts. G+A’s work was recognized in exhibitions in Frankfurt (“The World of Graphic Design”), Montréal / Toronto (G+A Retrospective) and Zürich (Coninx-Museum). Fritz keynoted the SEGD meeting in Seattle in 1994, also participated in an AGI seminar in Beijing in 1995.

Since 2000, Gottschalk has occupied himself with encouraging the next generation of G+A’s professional evolution. Sascha Lötscher became his business partner in 2003, and majority shareholder in 2008. In 2004 he delivered a lecture series at the Institut Krakau entitled “Designing Modernity.” In 2006 he was a Founding member of Swiss Graphic Design Foundation (SGDF). In the course of his career, he’s received over 100 awards at various international design competitions. In 2011 he received a Lifetime Achievement Award from Graphic Design Canada.

Fritz was instrumental in bringing the International Style to Canada, and in doing so made a huge contribution to the development of a national identity that is still being recognised and celebrated today.

“You don’t have to hurry to obtain the ‘wow effect’: those kind of things immediately vanish. Strength lies in continuity, humility, and honesty of the work.”