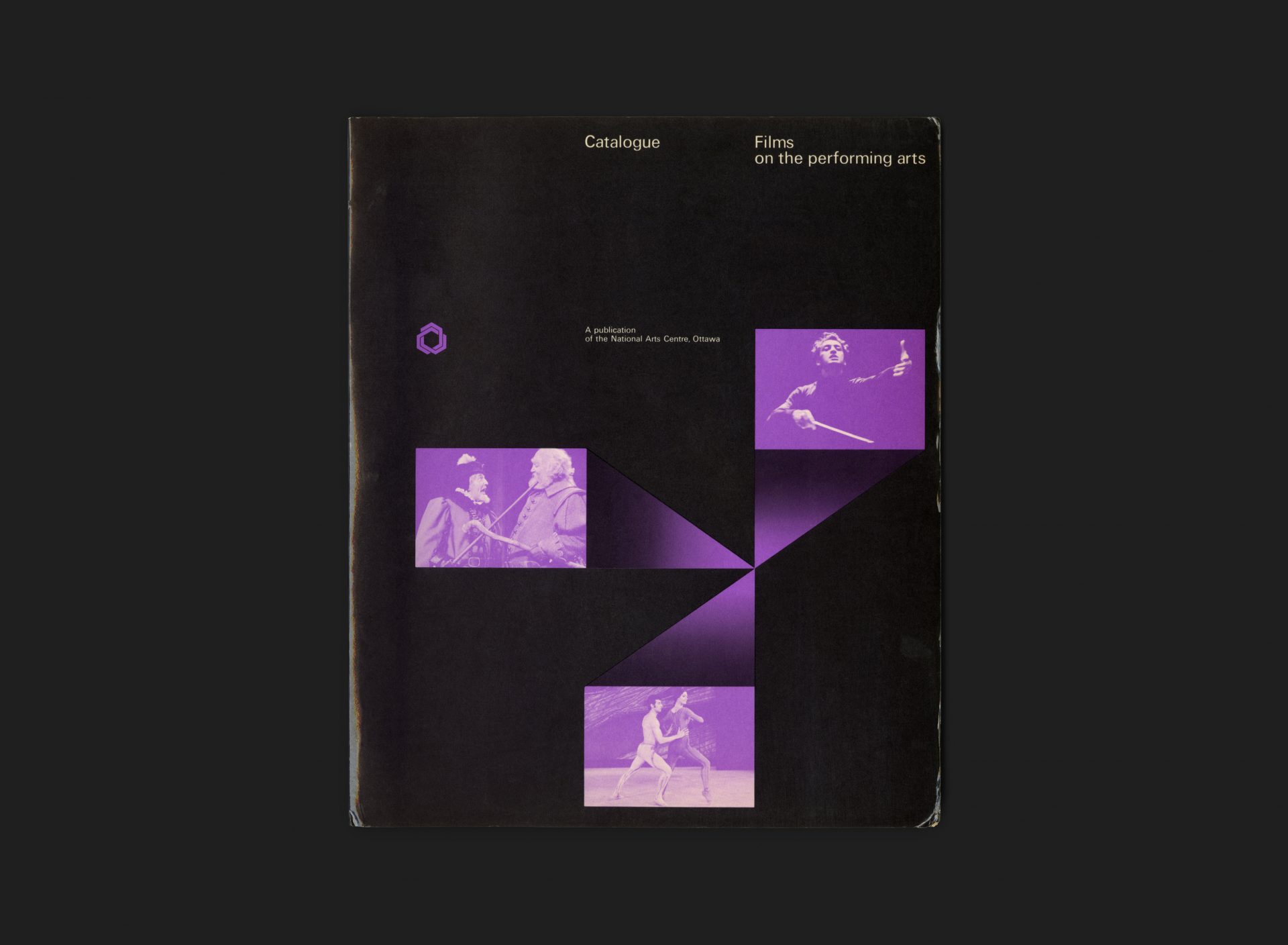 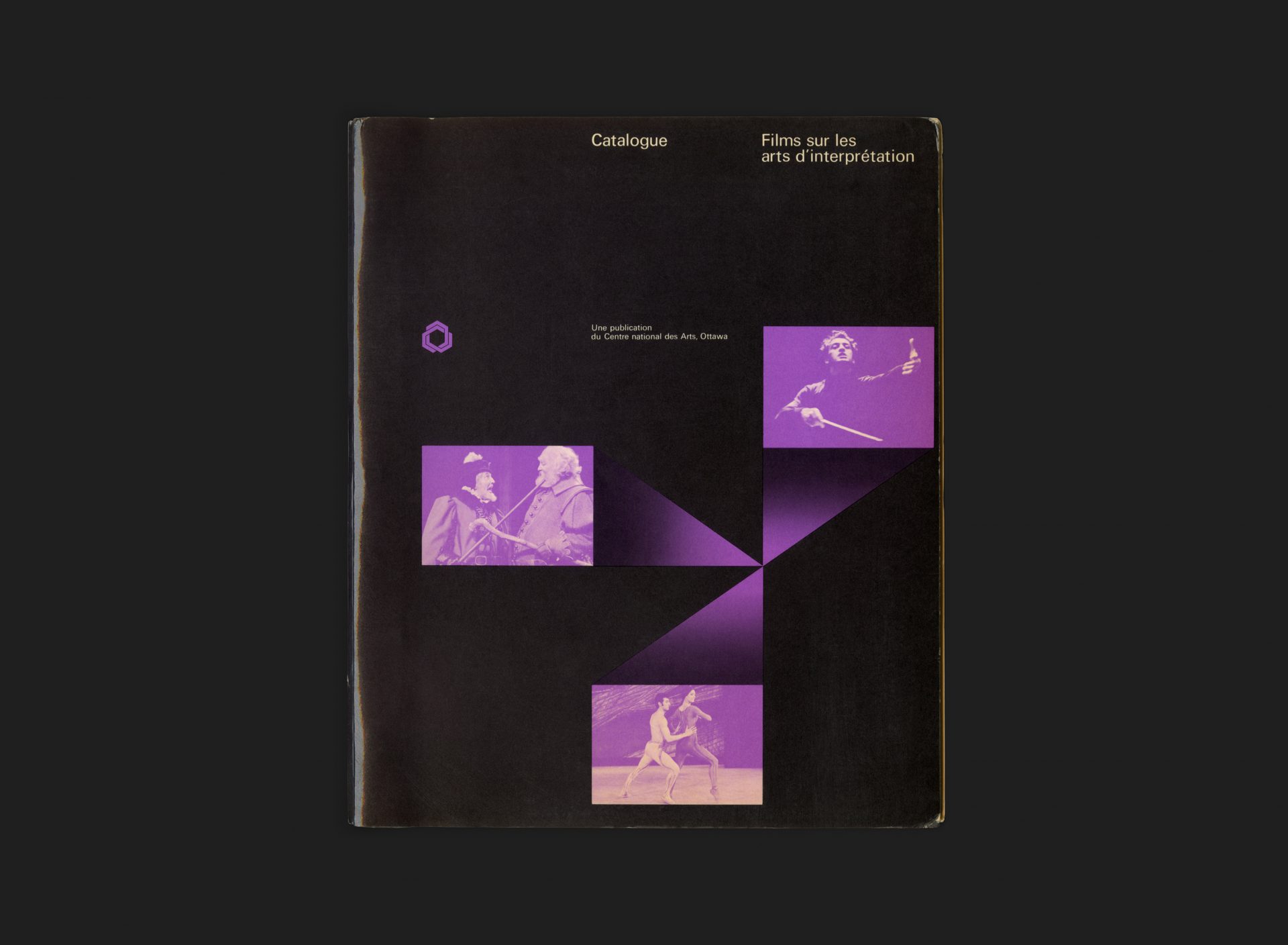 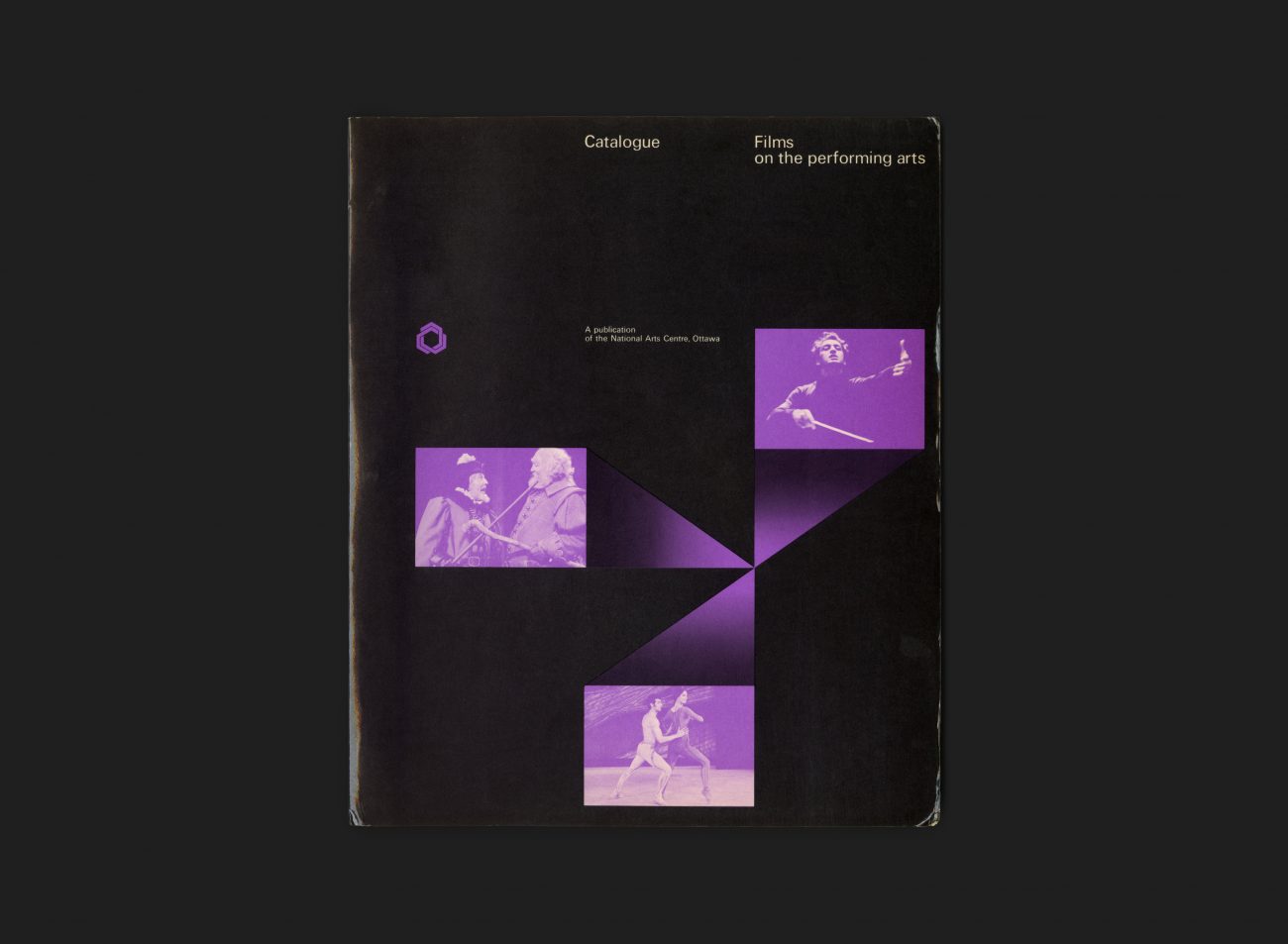 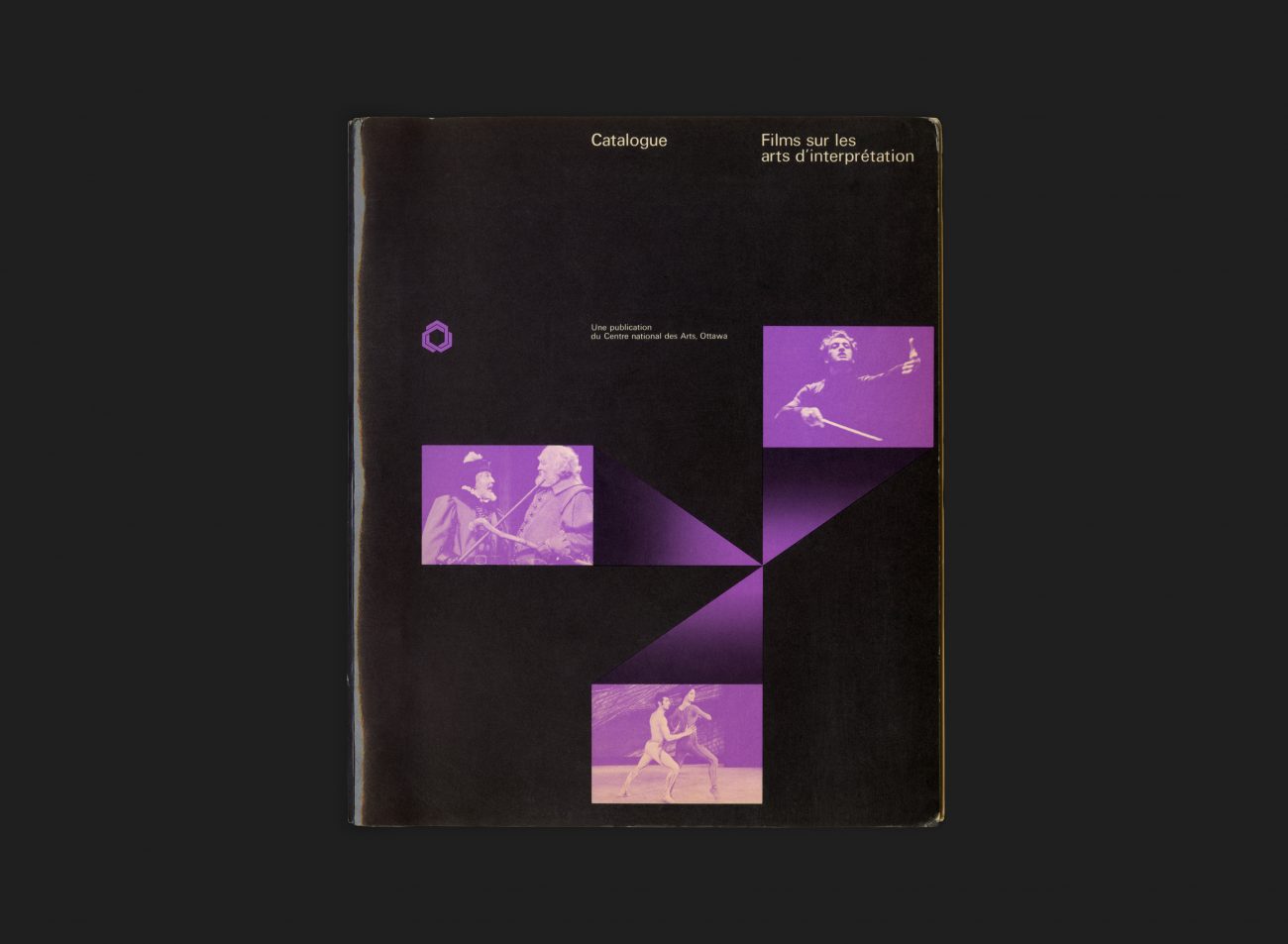 A first attempt by the National Arts Centre to catalogue non-commercial 16mm films on the performing arts that were held by the National Film Board and the Canadian Film Institute, as well as a number of films available on loan from other collections. The listings are grouped into different performance types, namely dance, drama, music and opera, festivals and puppets/marionettes.

The double-front (English and French) cover wraps around the contents , these are drilled with three holes and secured with brass fasteners. A pleated spine hides the fasteners from view giving the document a much cleaner finish, while retaining the ability to update and add sheets.

The three images on the cover reflect the organisation’s focus on music, drama and dance, supported by additional triangular elements that convey the idea of film projection. The symbol (designed by Ernst Roch, see here) was launched a few months prior to this document’s publication —  its three interlocking forms representing the performance art forms of music, drama and dance. The implementation of the fuller identity and its application was handled collaboratively with Rolf Harder.