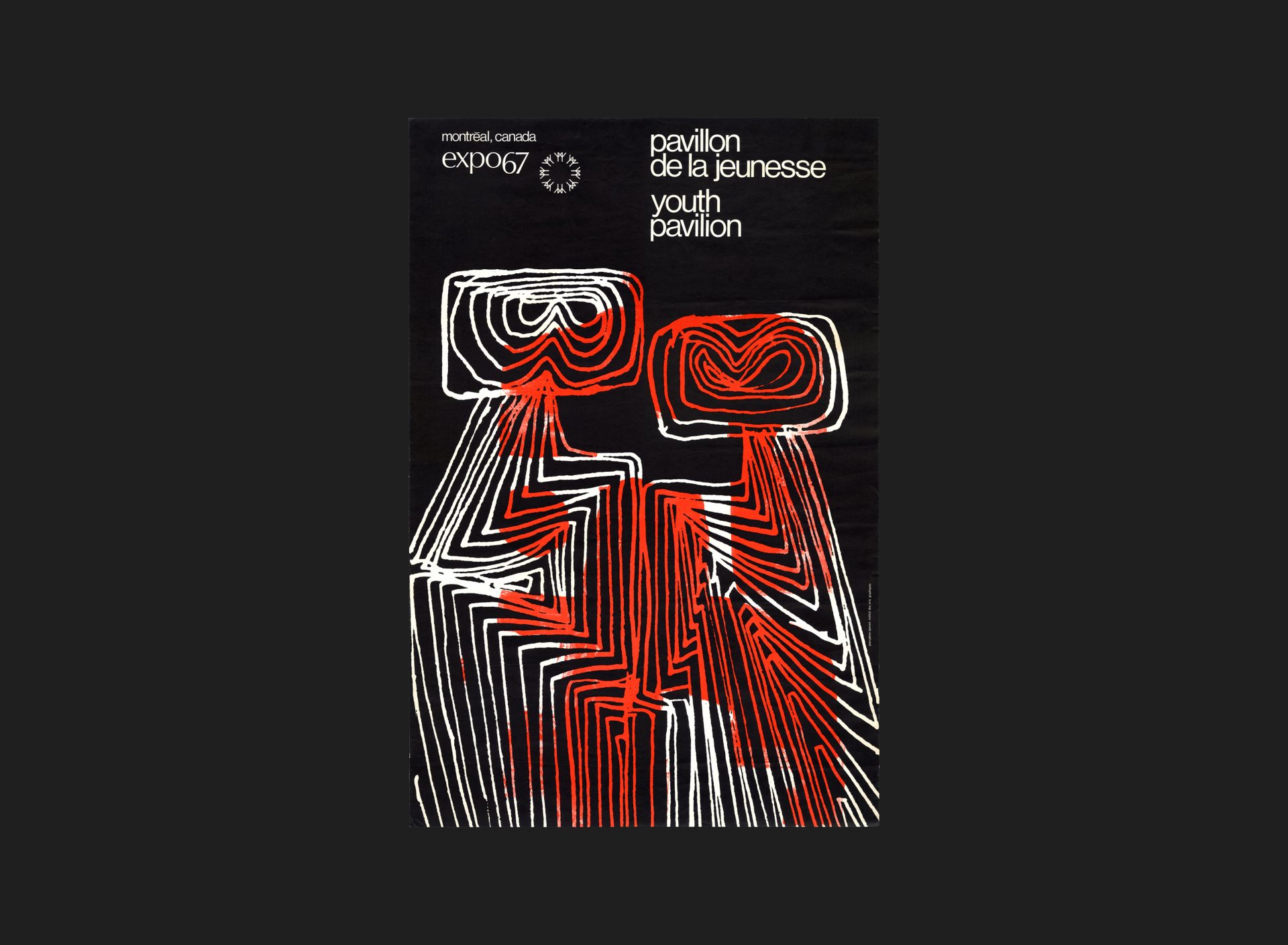 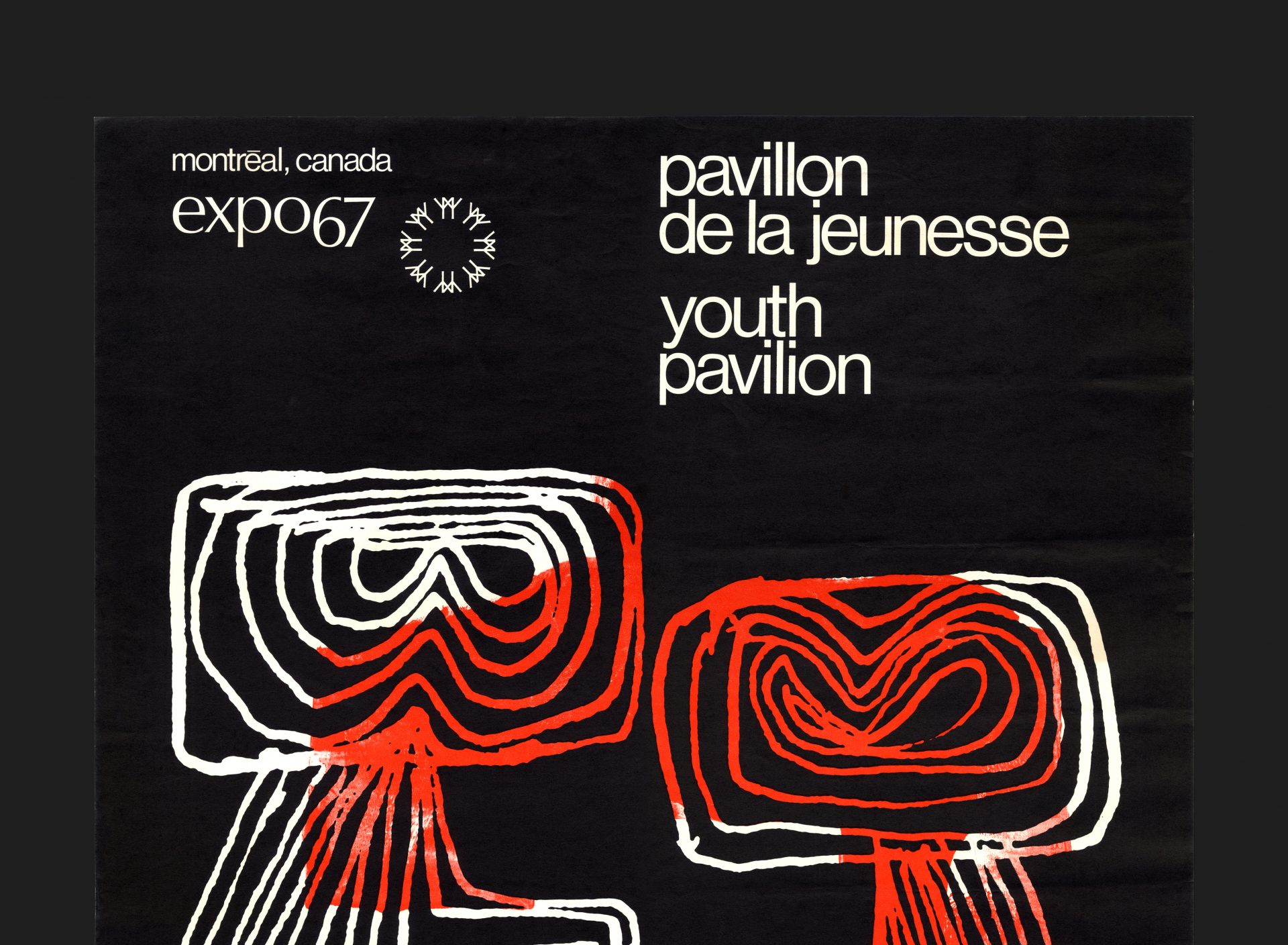 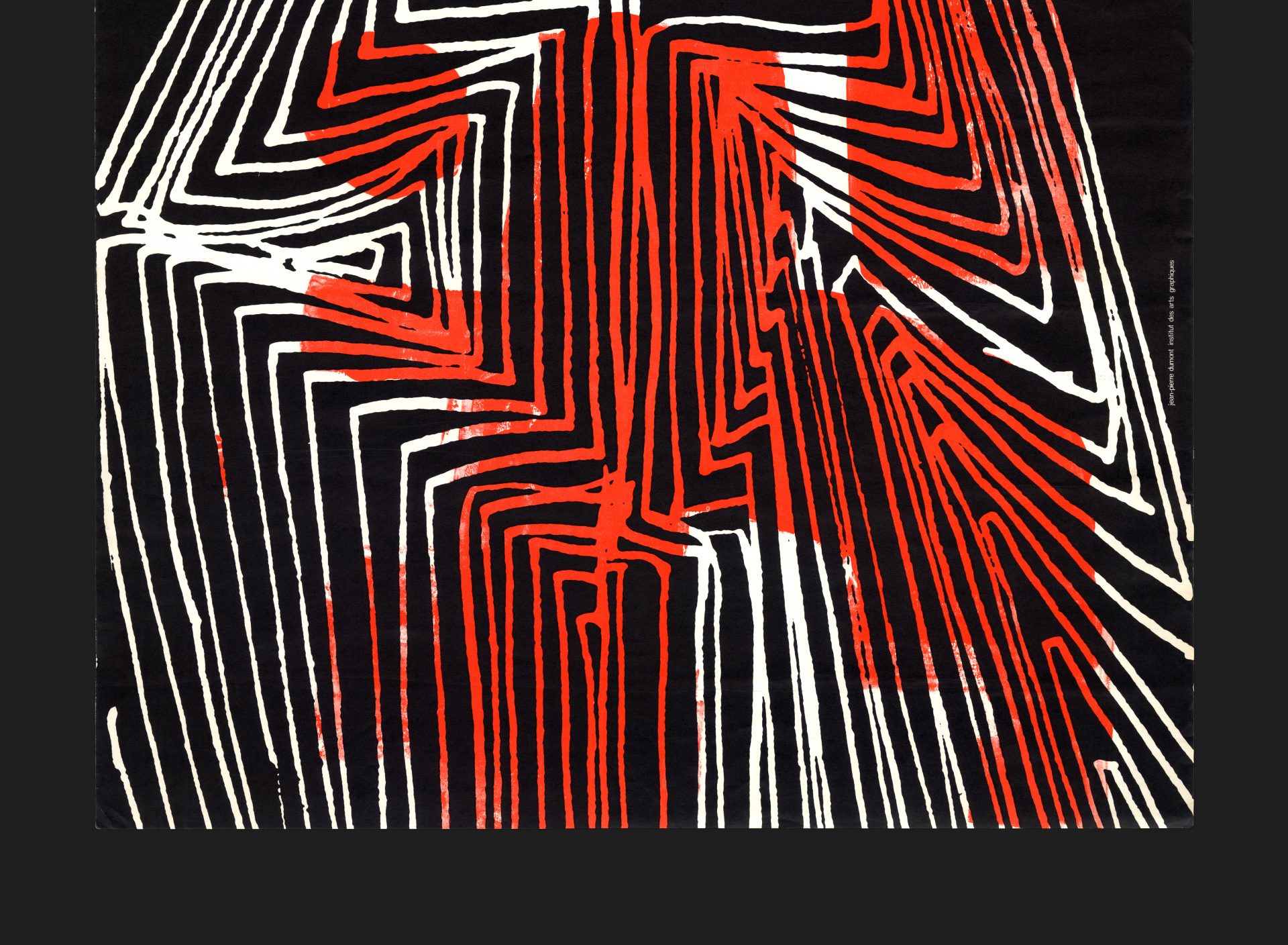 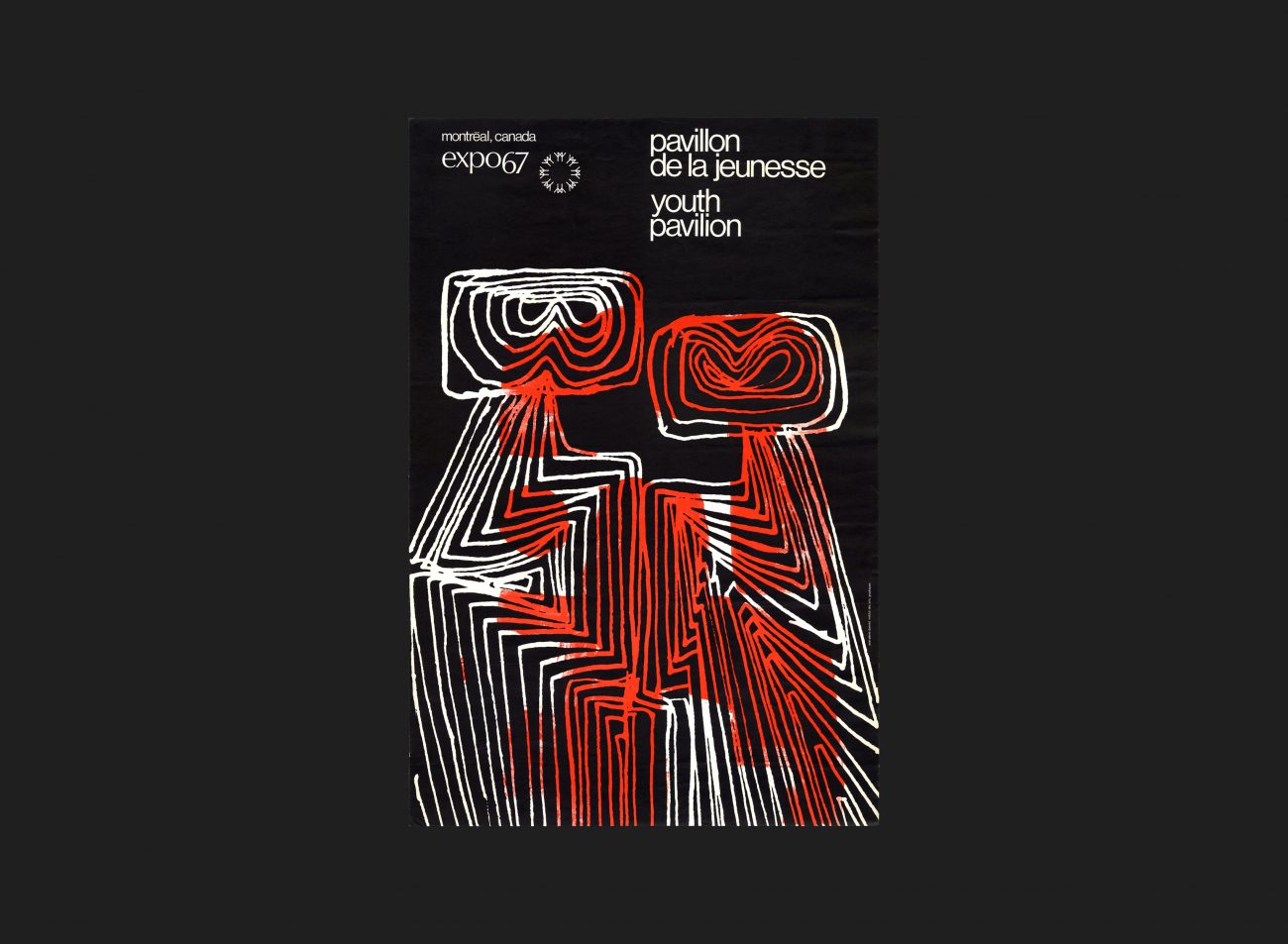 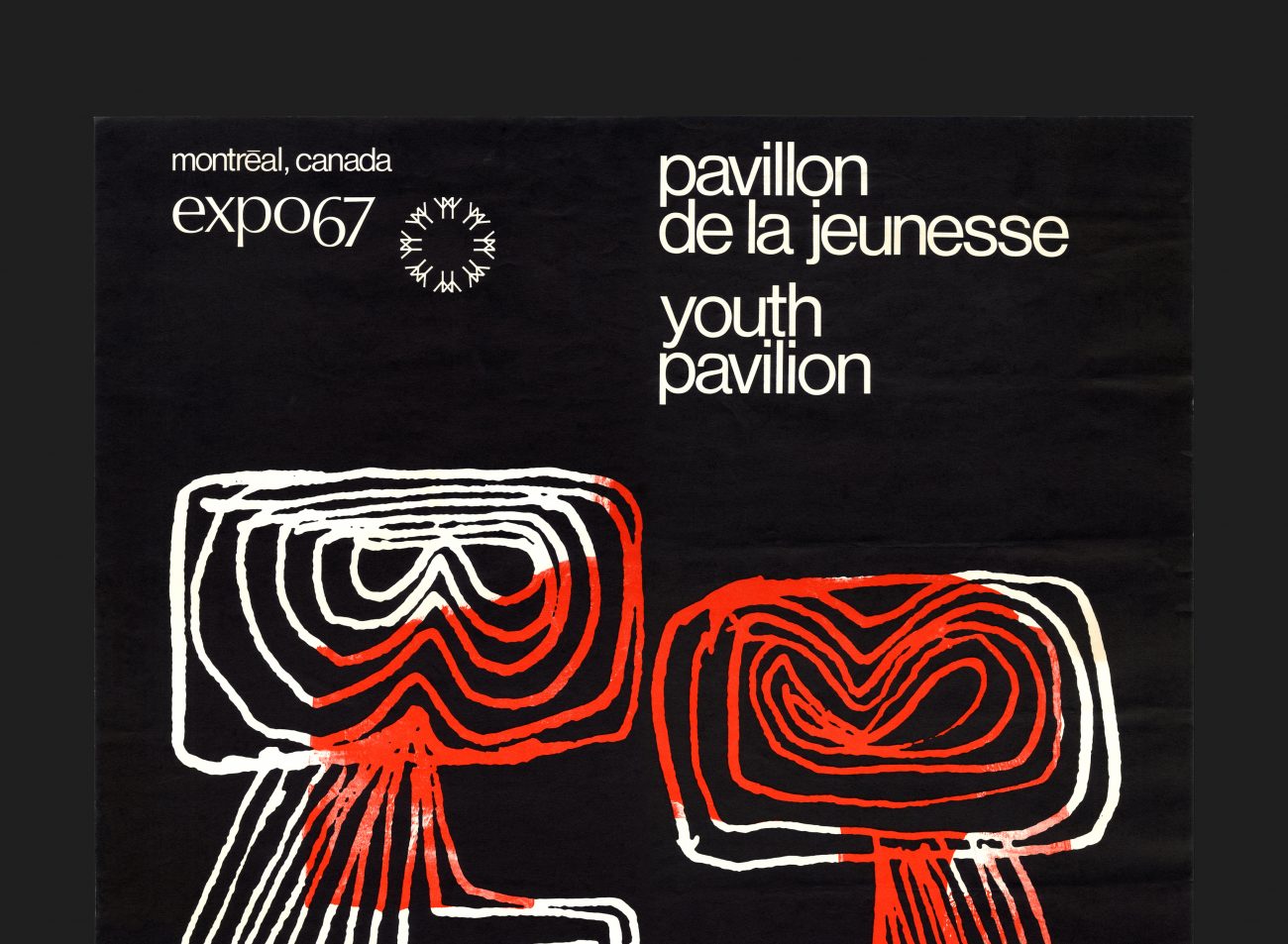 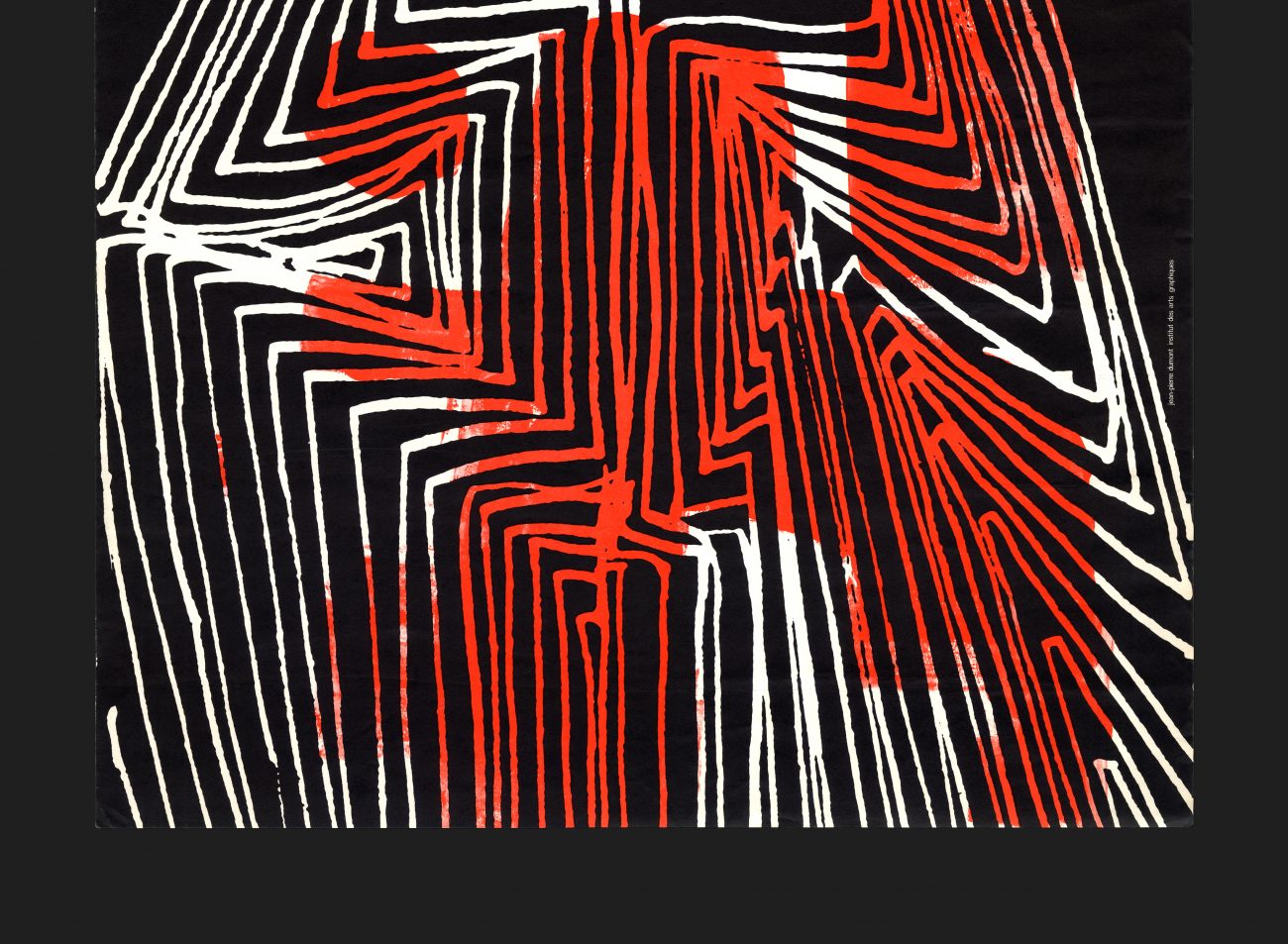 The Youth Pavilion at Expo 67 served as a voice for the word’s youth. A billion young people told you who they were, what moved them and what they did. The young had love and hope and knew how to work together. As a group of friends, or movements, they were stronger; more united than parties or unions — the ‘Hiroshima generation’ lived in brotherhood and unity and wanted to change the world. The entire premise of the pavilion was one of participation and entertainment. Debates, lectures and discussions (on subjects such as Quebec separatism and Bobby Kennedy), theatre, sports, happenings, music and concerts, discotheques, cinema, art workshops and ham radio ensured the program was immersive, diverse and inclusive. August 6th, 1967 was declared ‘Youth Day’ at Expo 67.

The poster for the Youth Pavilion fuses a modern, abstract (yet almost primitive) line expression of two figures (perhaps of ink or linocut), their bodies formed of offset strokes, closely connect to one another in the centre. Overprinted to the white lines in red are more organic shapes and daubs, one assumes representative of the bond of brotherhood, heart, head and mind.

“Young, ignorant children are thrust into a world of computers, bombs and technology. Confused, some rebel, others resign themselves. Almost all dream that their generation will change the world.”