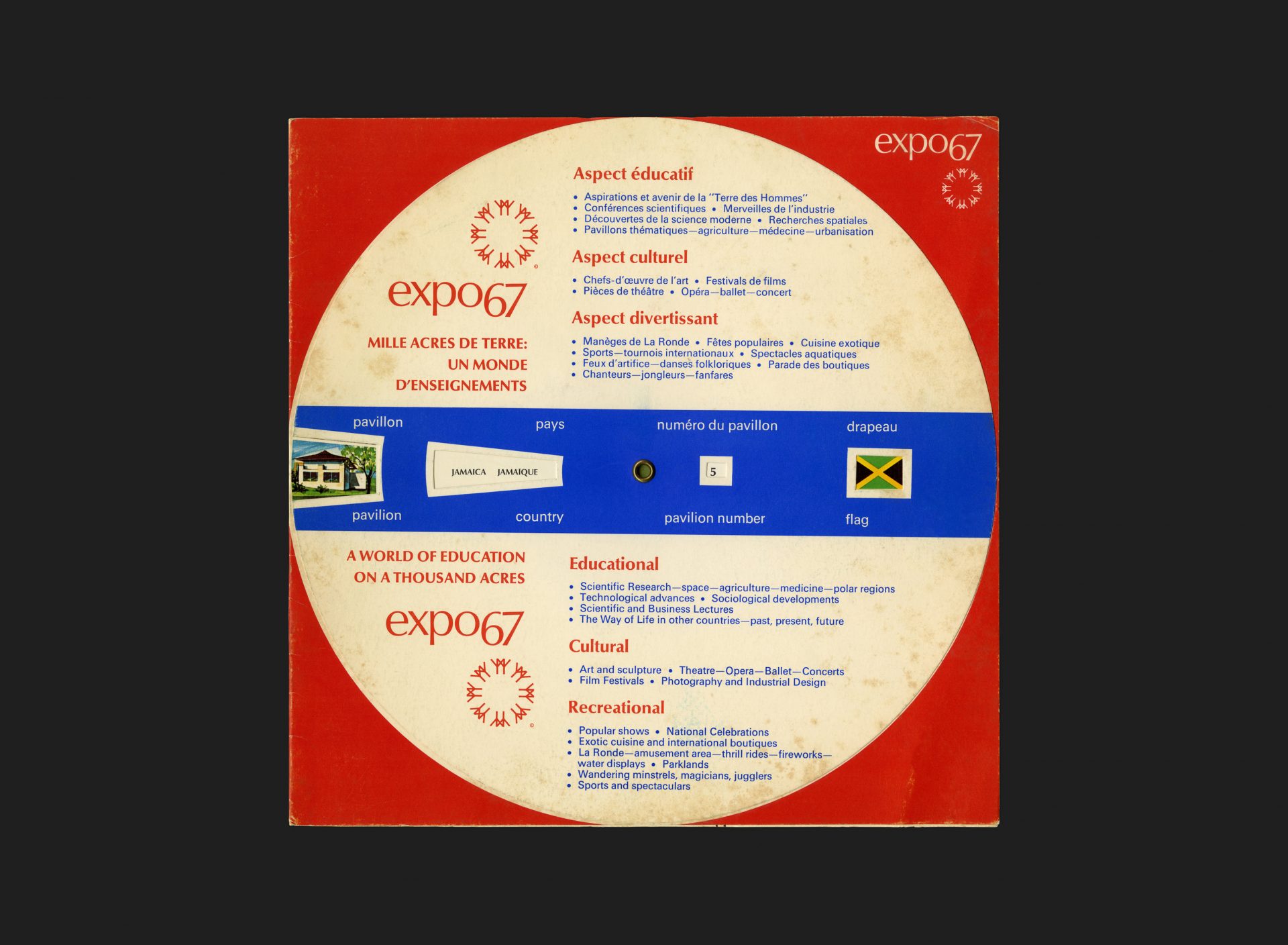 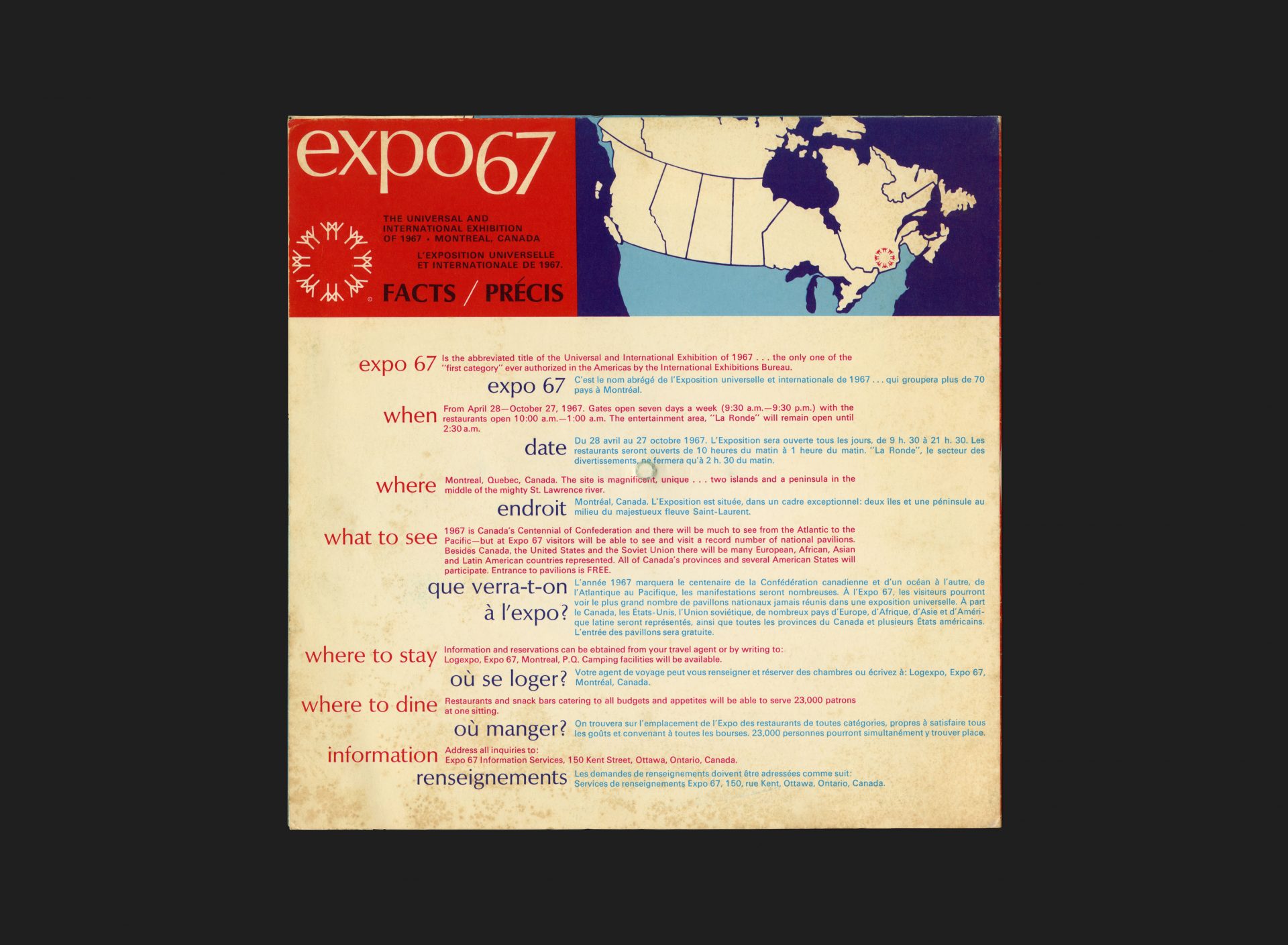 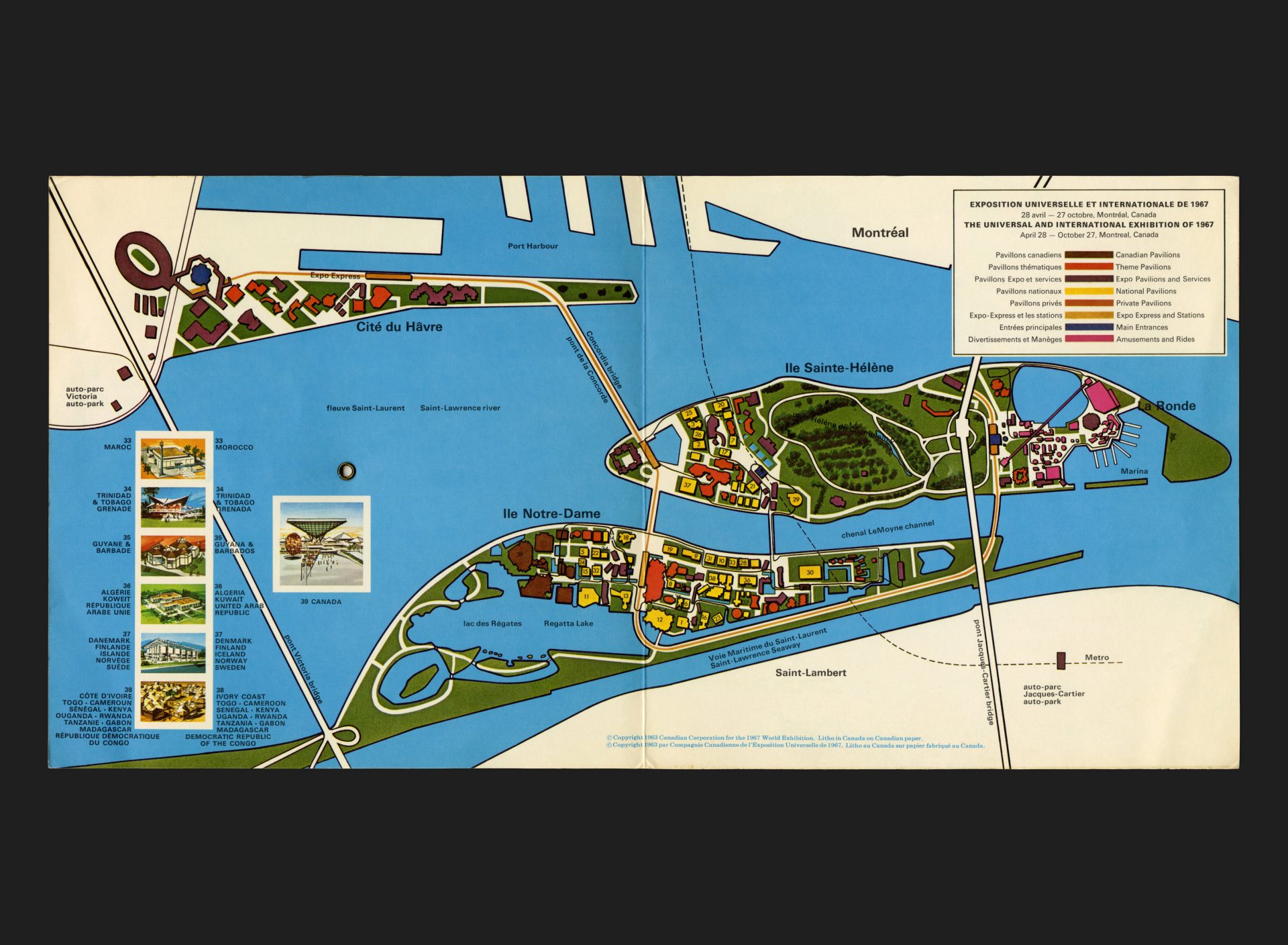 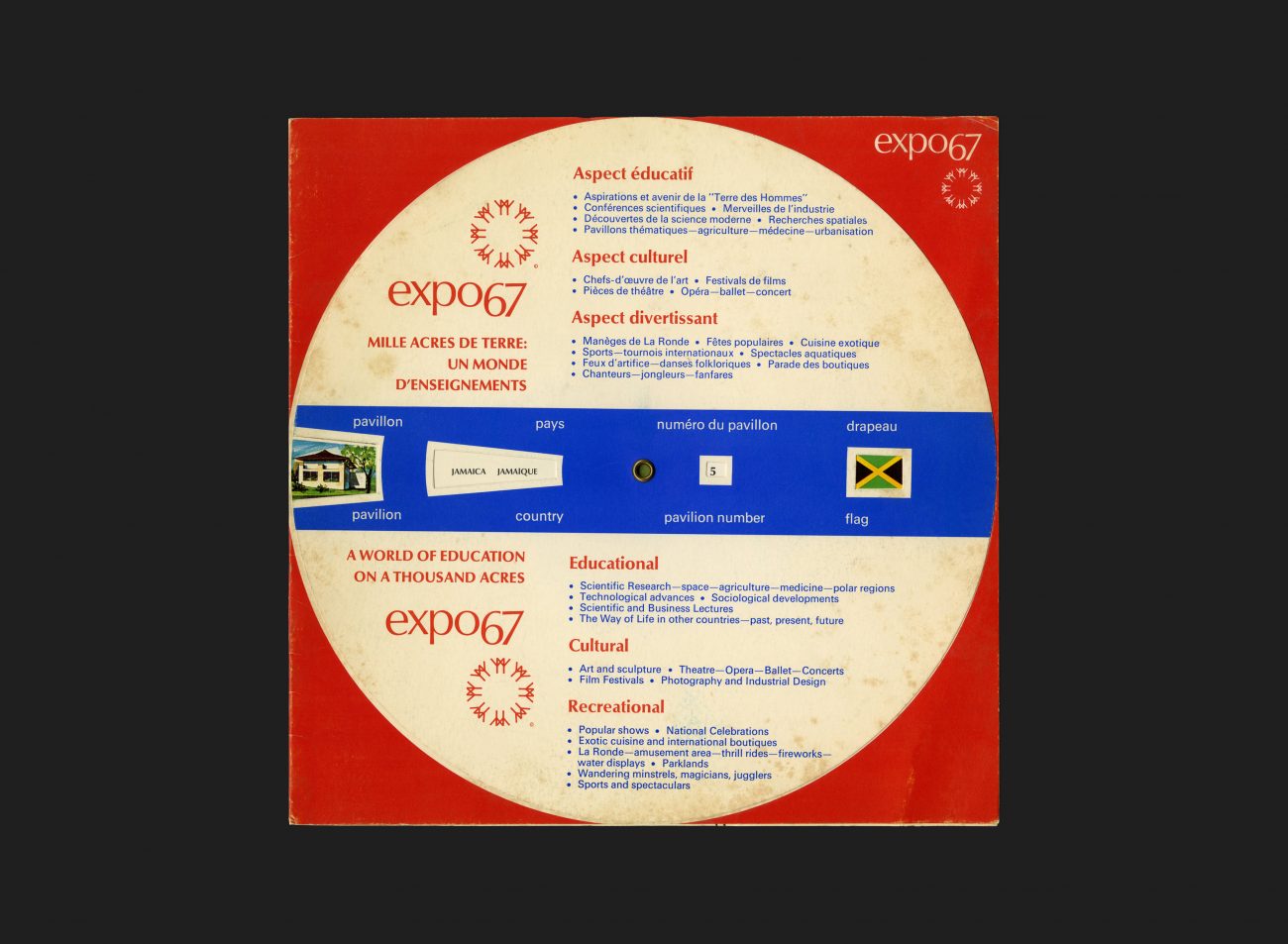 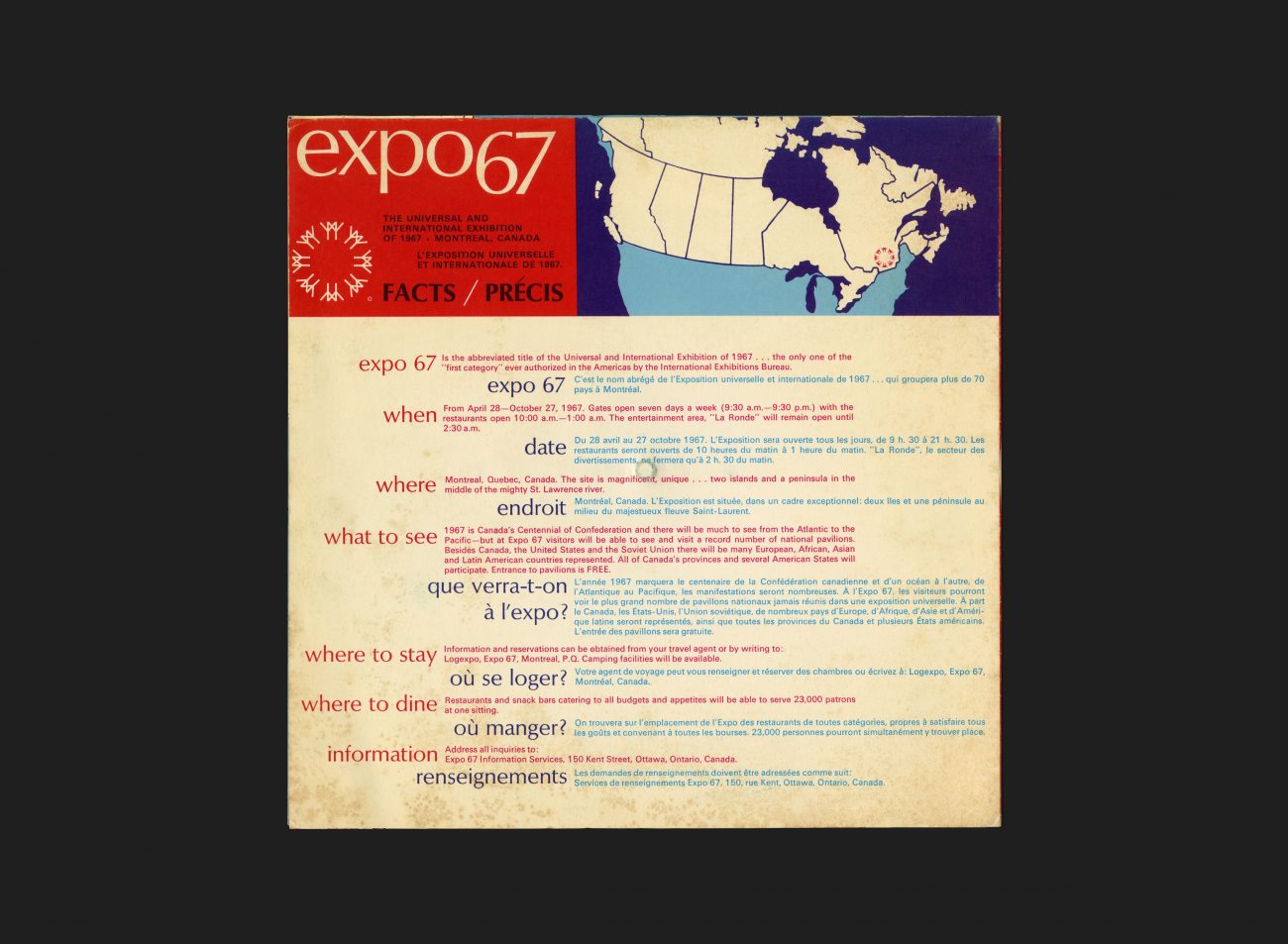 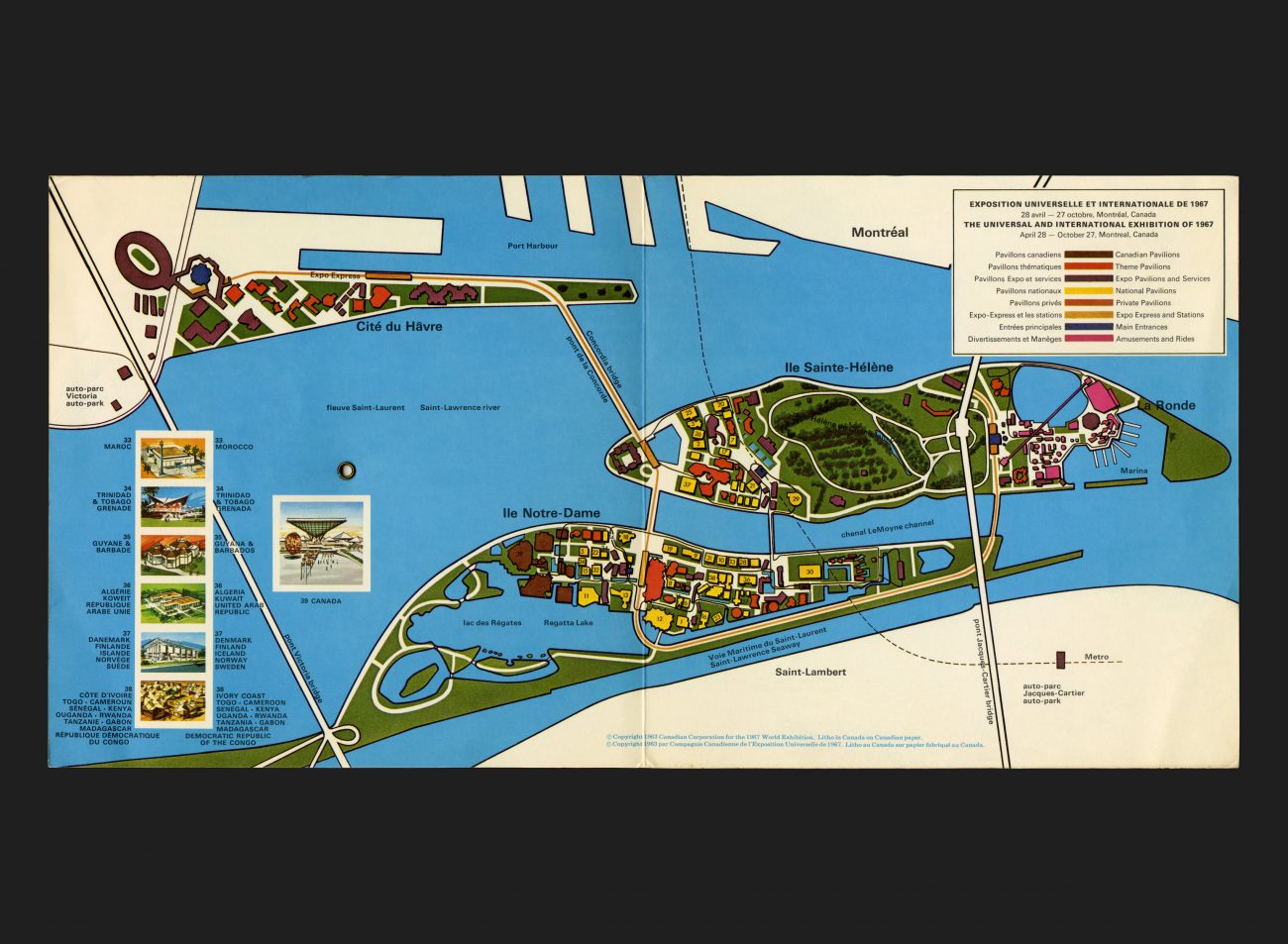 Between April 27 and October 29, 1967, the 1967 International and Universal Exposition, or Expo 67 as we refer to it, featured many pavilions representing Man and His World. A theme derived from Terre des Hommes, written by Antoine de Saint-Exupéry. 120 governments were represented within 60 pavilions on site, and thousands of private exhibitors and sponsors participated in 53 private pavilions and through various facilities in Montréal, Québec. The most frequently visited display at the exposition was the USSR pavilion, which attracted in the region of 13 million visitors. Canada had the second most attendance with around 11 million visitors, the United States (9 million), France (8.5 million), and Czechoslovakia (8 million) followed closely behind.

This functional piece was primarily designed for visitors as a pavilion finding tool (and souvenir), although it does provide additional Expo information in the remainder of its available space. The dial on the front rotates 360º to reveal, within the cut apertures: the name of the country’s pavilion, its number, flag and a visual reference to what it looks like. A really simple, but well executed piece of thinking, representative of the progressive modern world that Expo served to symbolize.

The pavilion shown in the example above is that of Jamaica, and takes the form of a 19th century Jamaican country shop — a strong and characteristic reference of the island’s colonial past. The Jamaica pavilion is one of the few remaining buildings which remains in situ today. It is located a short distance from the Casino de Montréal.