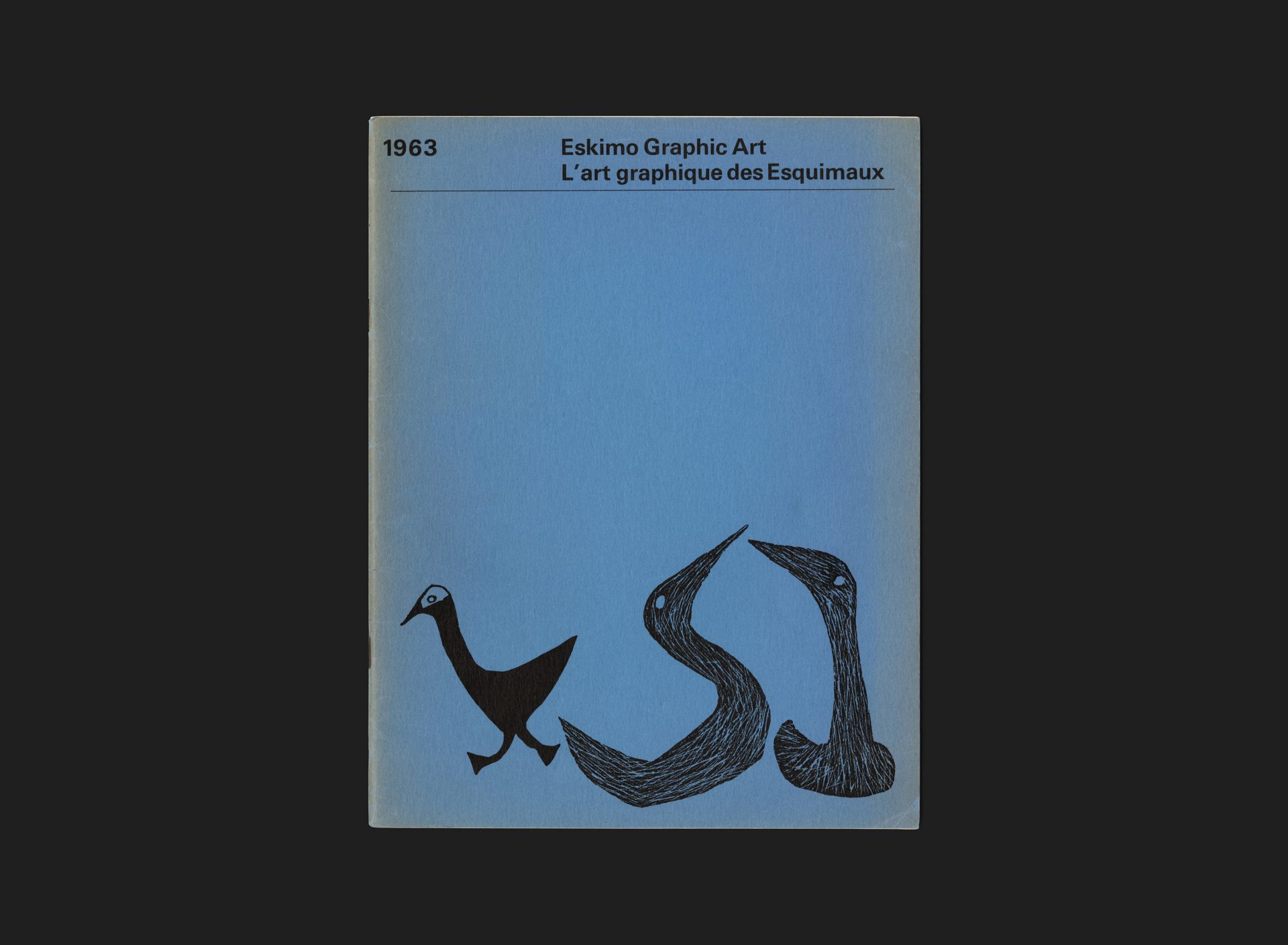 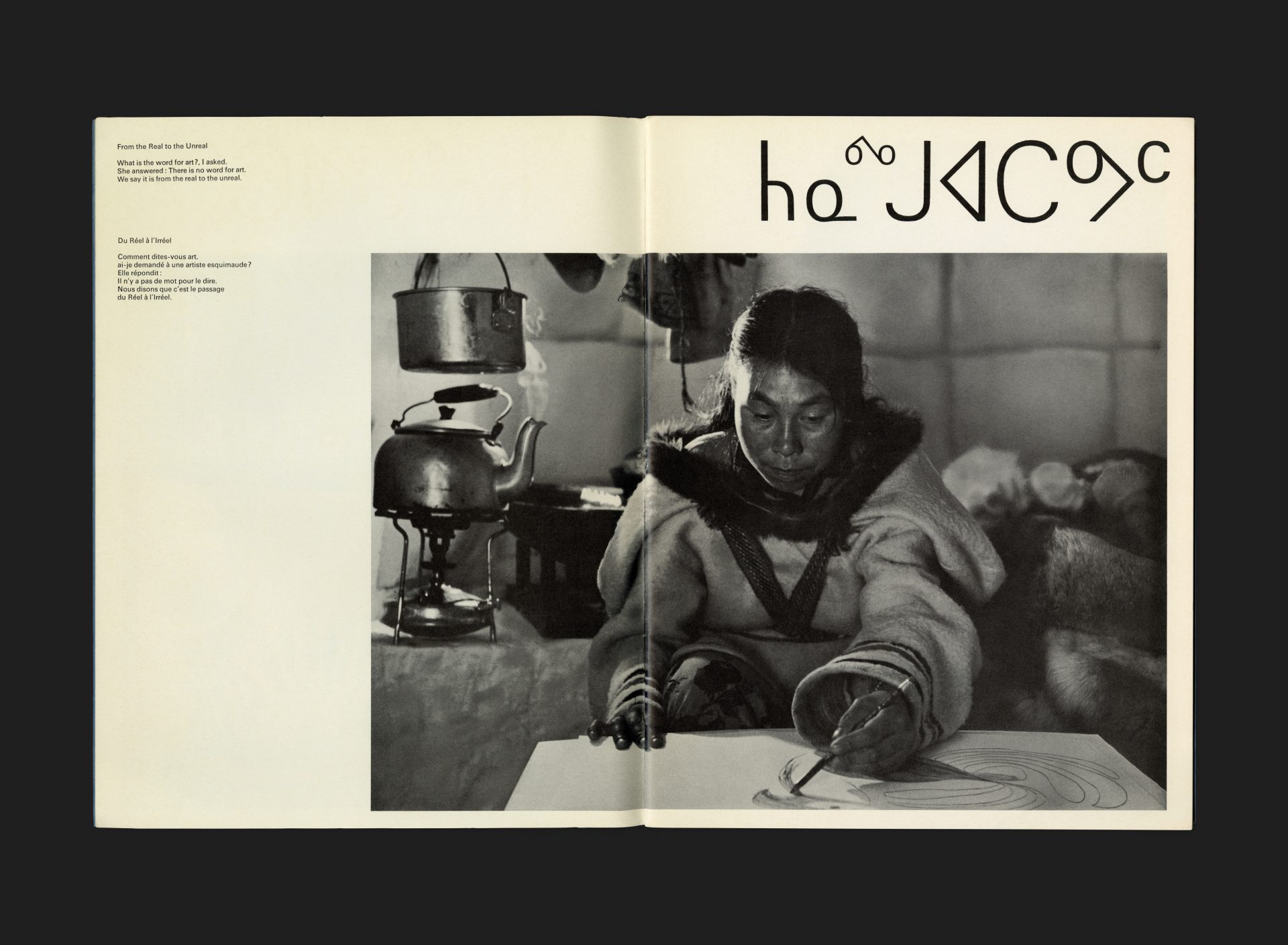 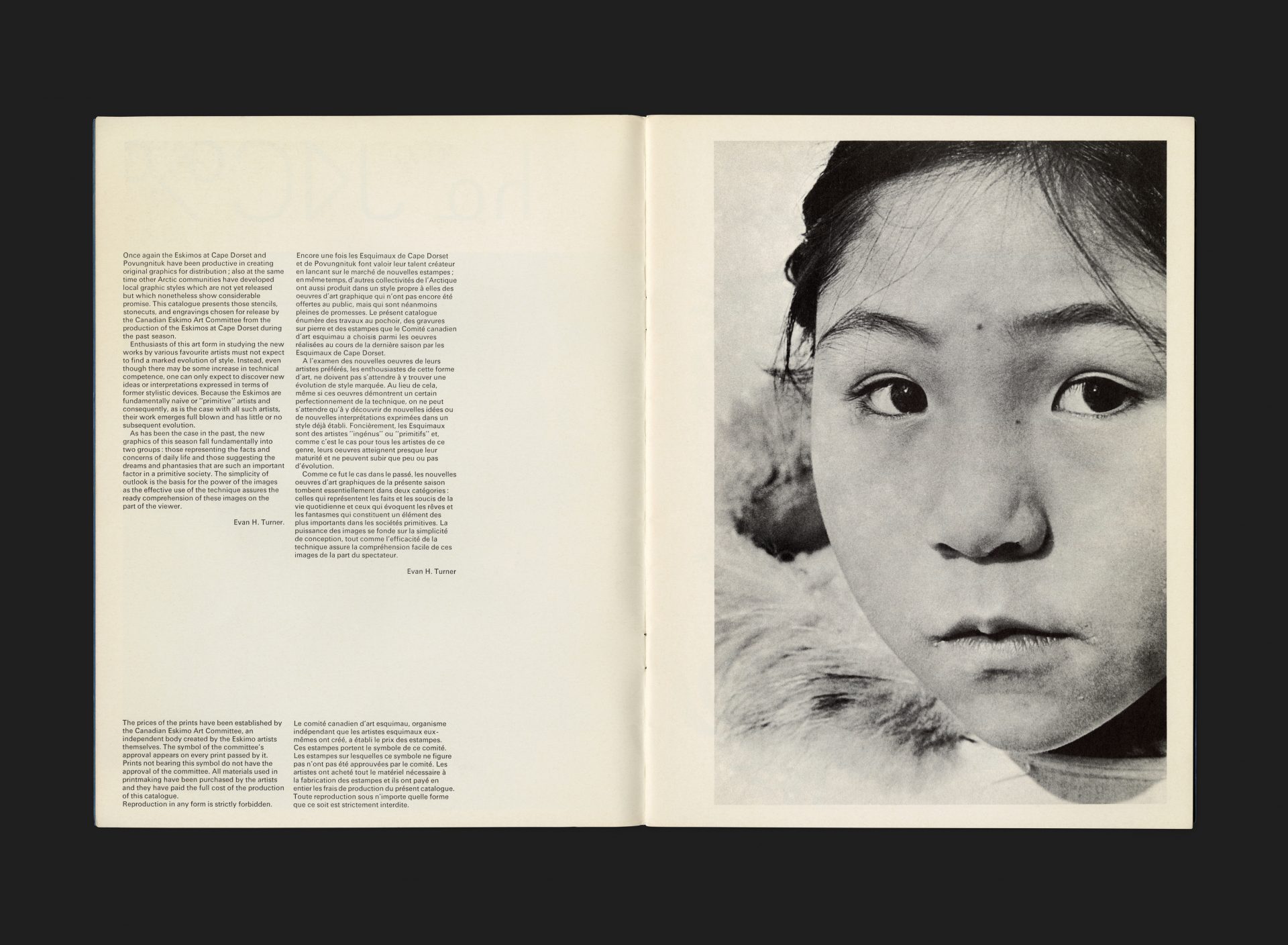 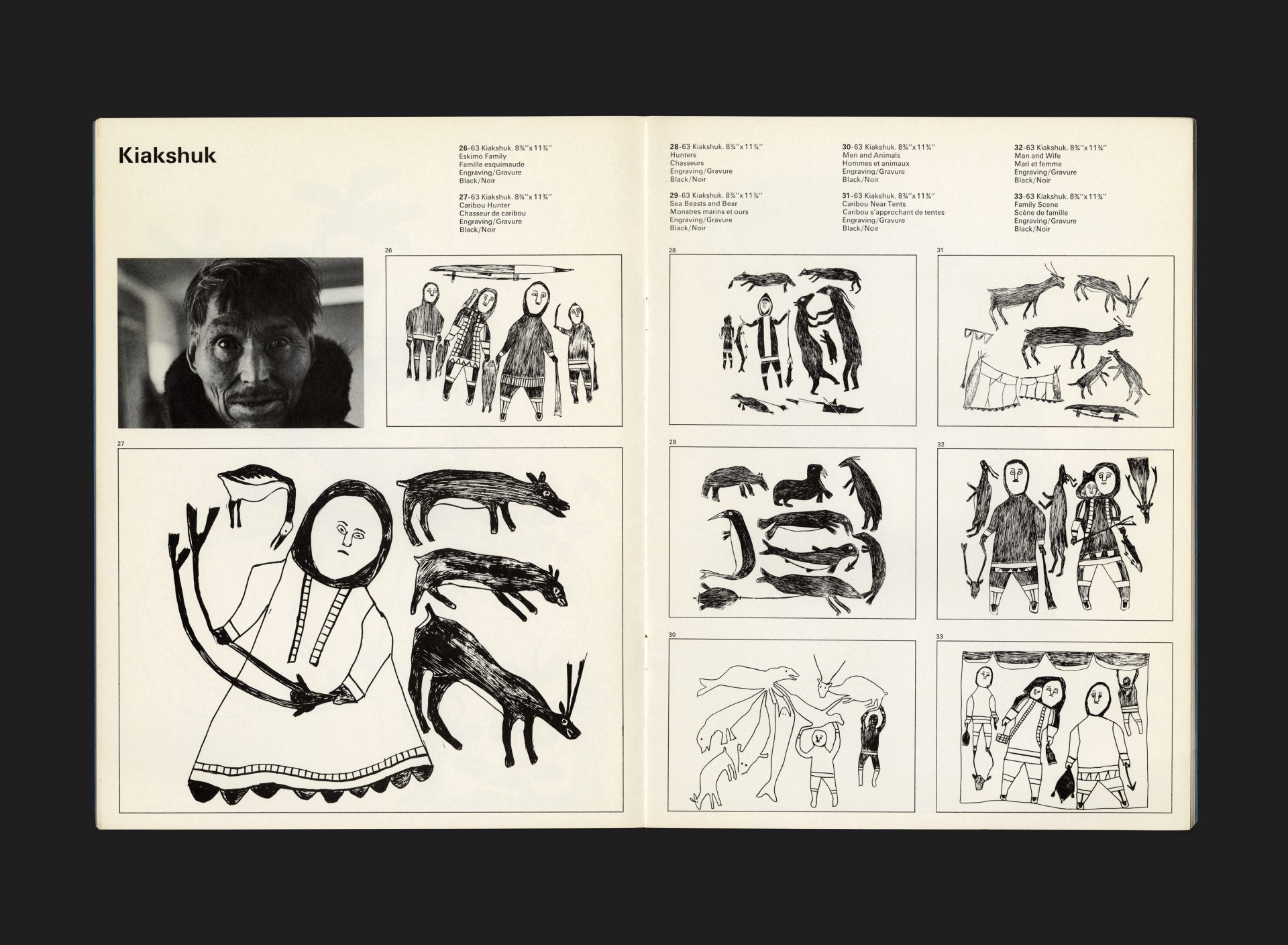 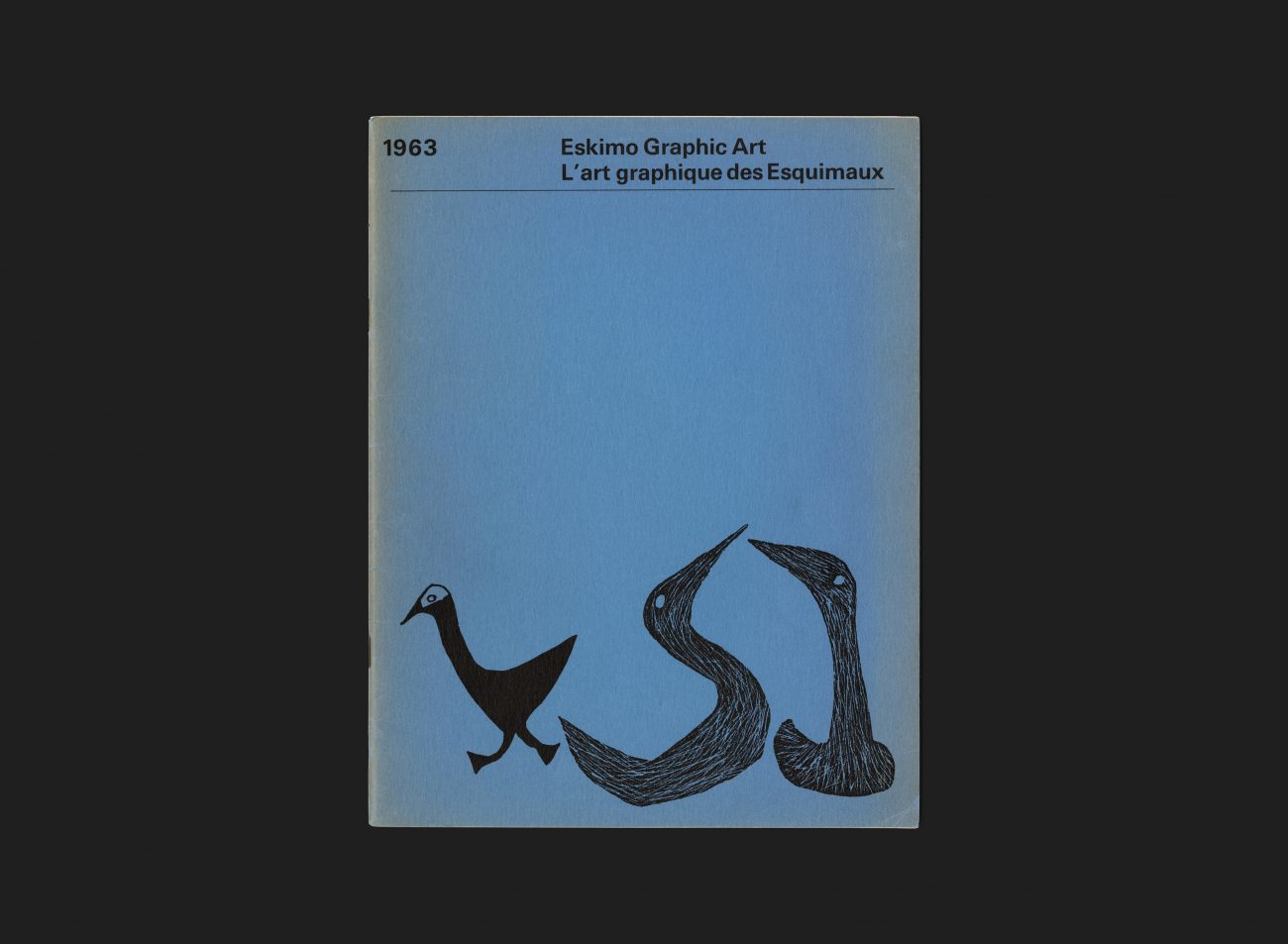 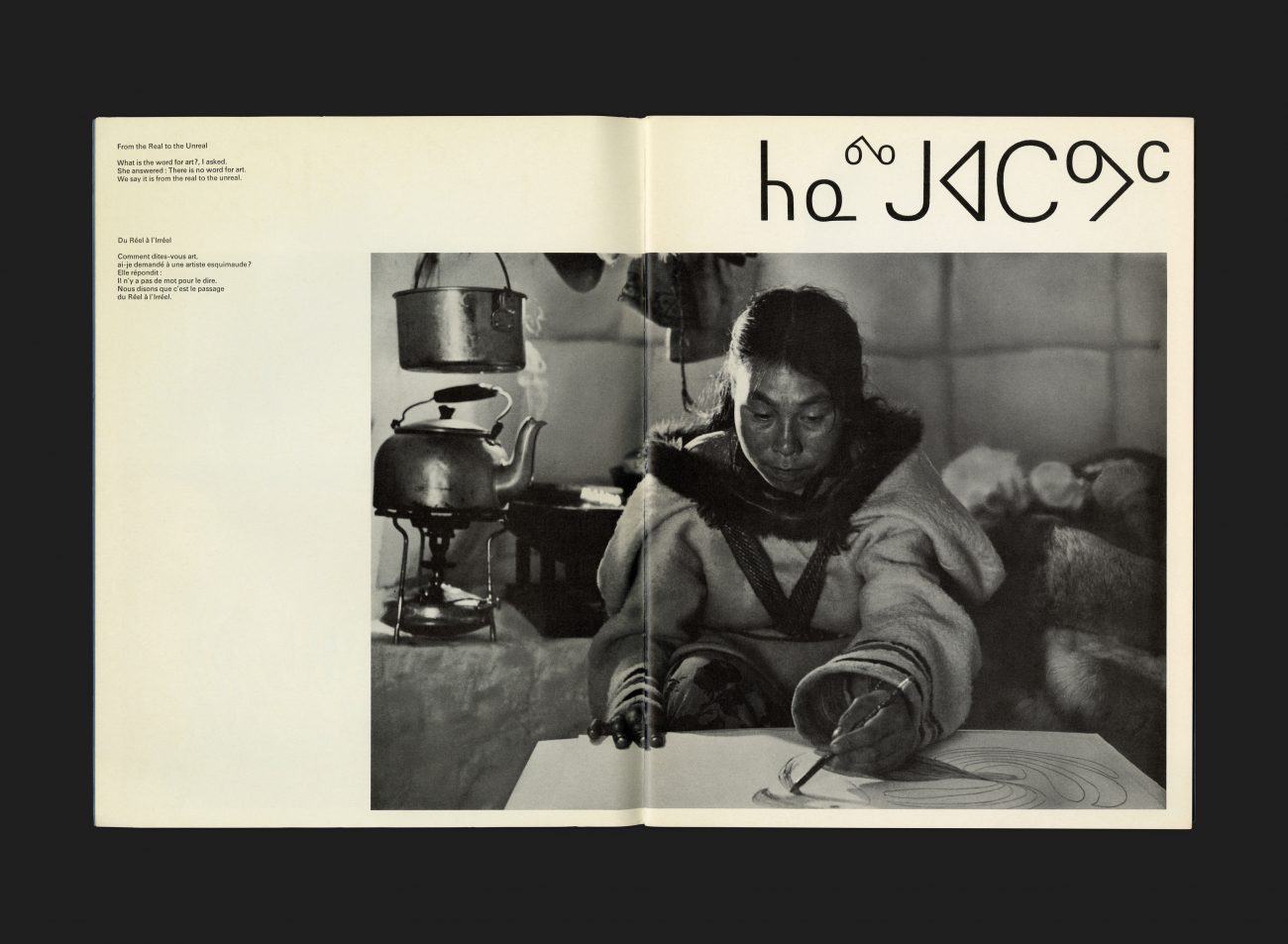 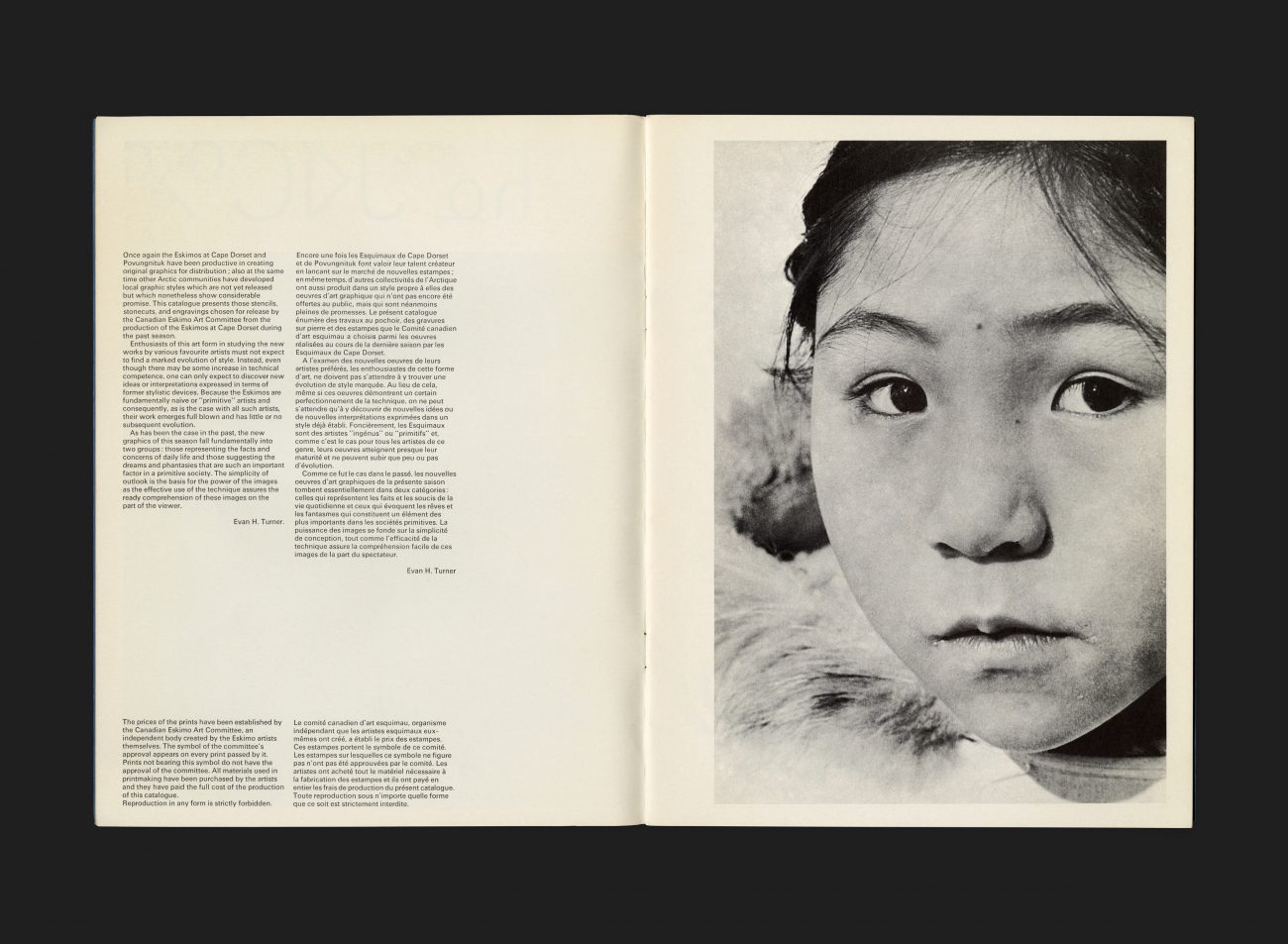 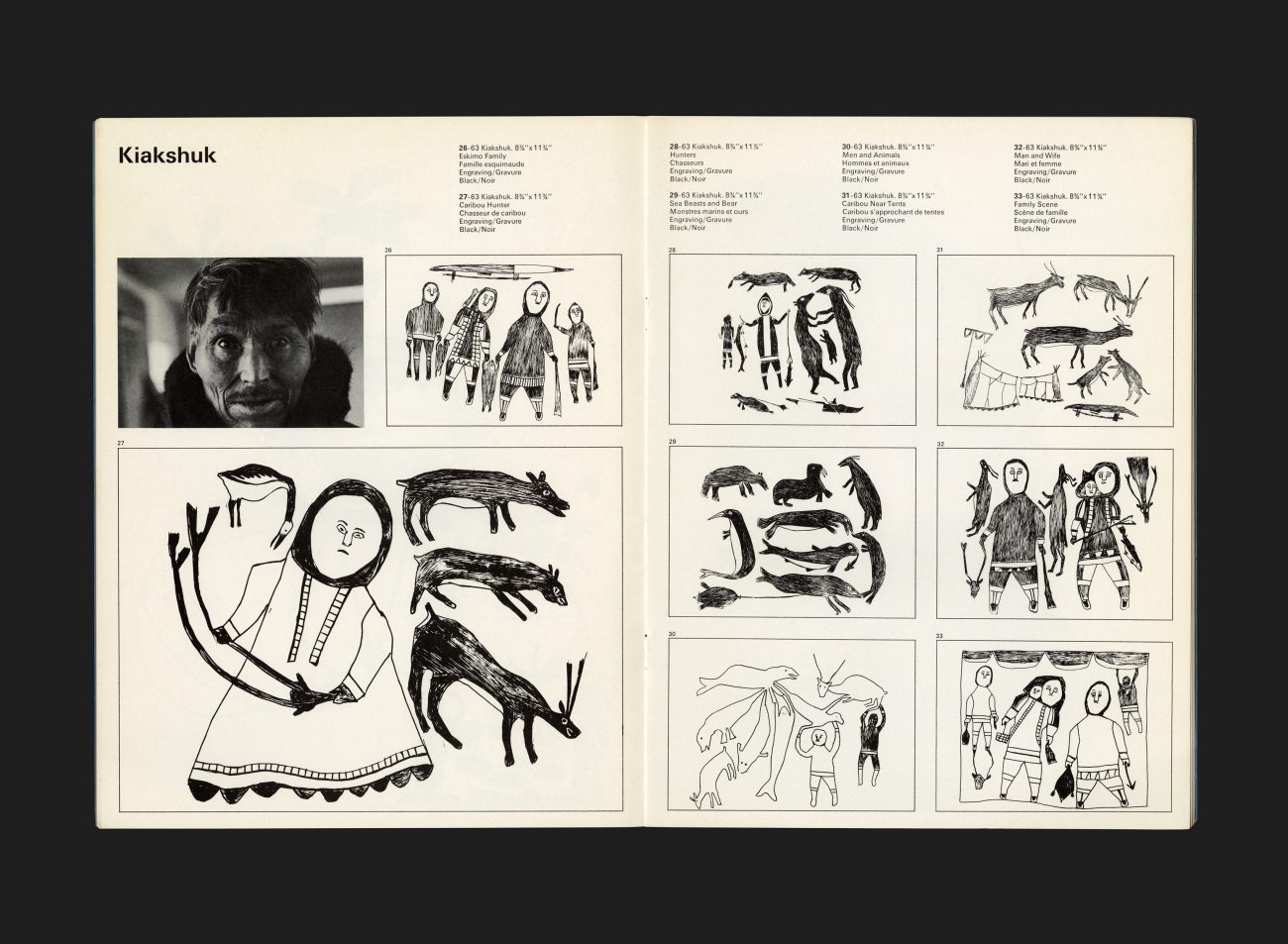 The West Baffin Eskimo Cooperative was established in 1959. Cape Dorset, the area the cooperative represents, was the first Canadian arctic community to produce drawings and prints. This work has become renowned for its graphic images of arctic wildlife, the Inuit culture and ideas suggesting dreams and fantasies — depicted in a stylized and somewhat abstract form.

This catalogue presents the selection of stencils, stonecuts, and engravings chosen for release by the Canadian Eskimo Art Committee from the production of the Inuits at Cape Dorset during the 1962 season. Several artists feature heavily within the catalogue. Names such as Kenojuak, Pisteolak, Kiakshuk, Pudlo, Parr — but also many up-and-coming artists who have since gone on to build names for themselves.

In 1963 Fritz Gottschalk relocated from Switzerland to Canada to work at Paul Arthur+Associates in Ottawa. This was one of Fritz’s earliest projects since his arrival to Canada. The cover design, printed on a blue uncoated stock, uses a stencil print image by artist Kabawa: Two Birds, One Duck. Inside, the works are reproduced in black and white, except for a tipped-in tracing paper flysheet which is printed in colour. Typography is set in Univers, including a hand rendered Inuktitut (Inuit language) which Fritz draw to maintain continuity. Photographic images were supplied by the National Film Board of Canada.