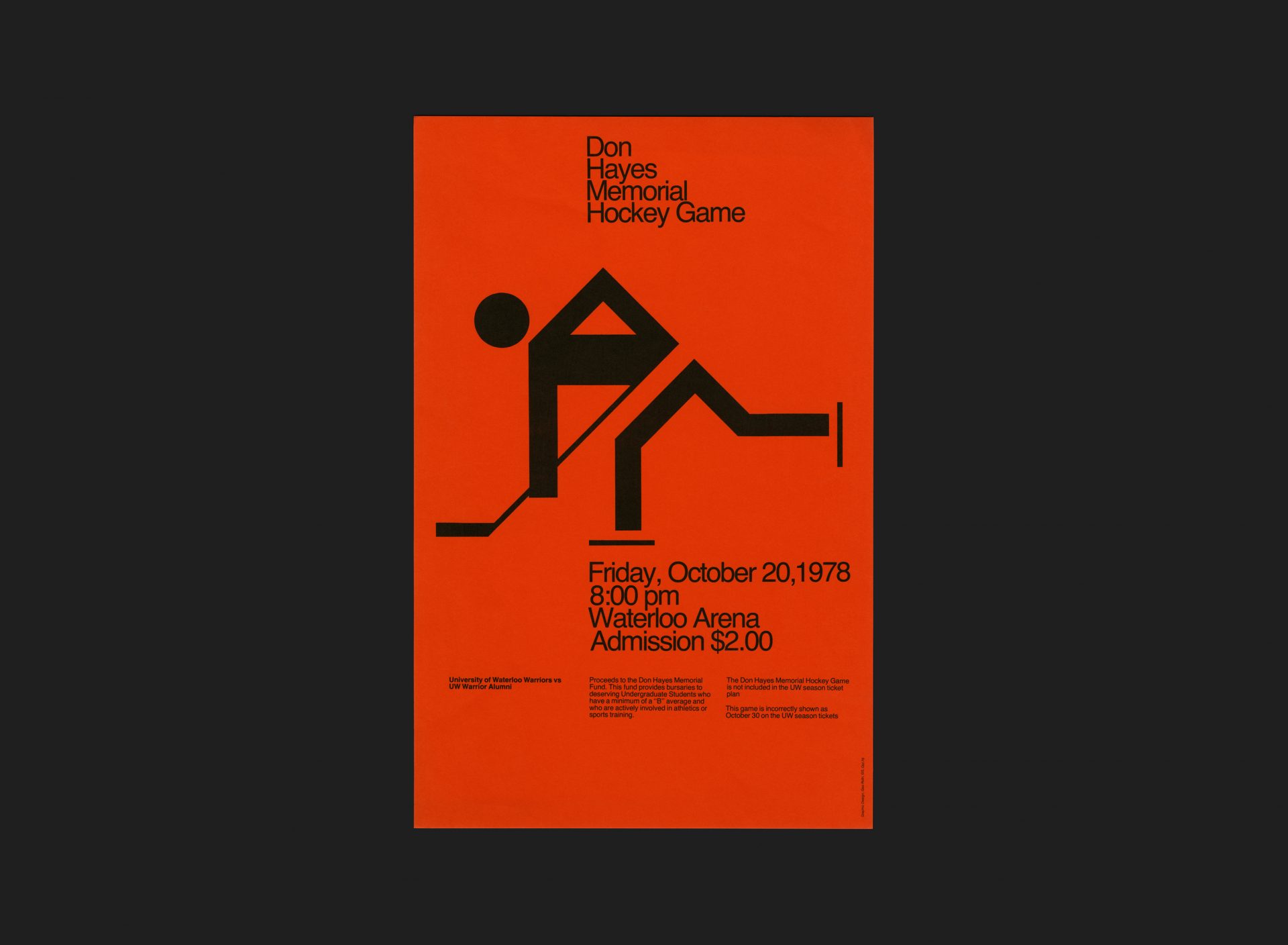 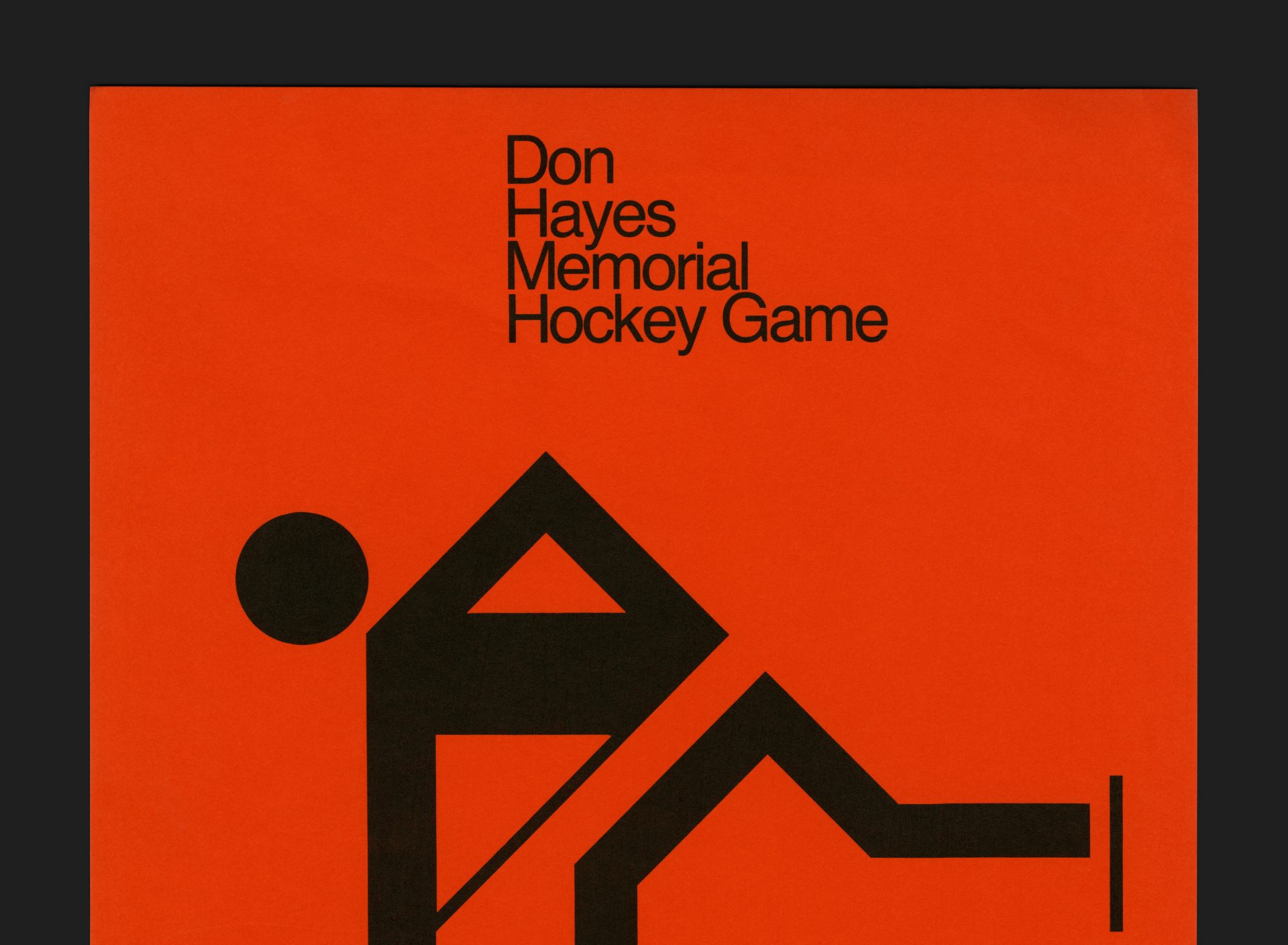 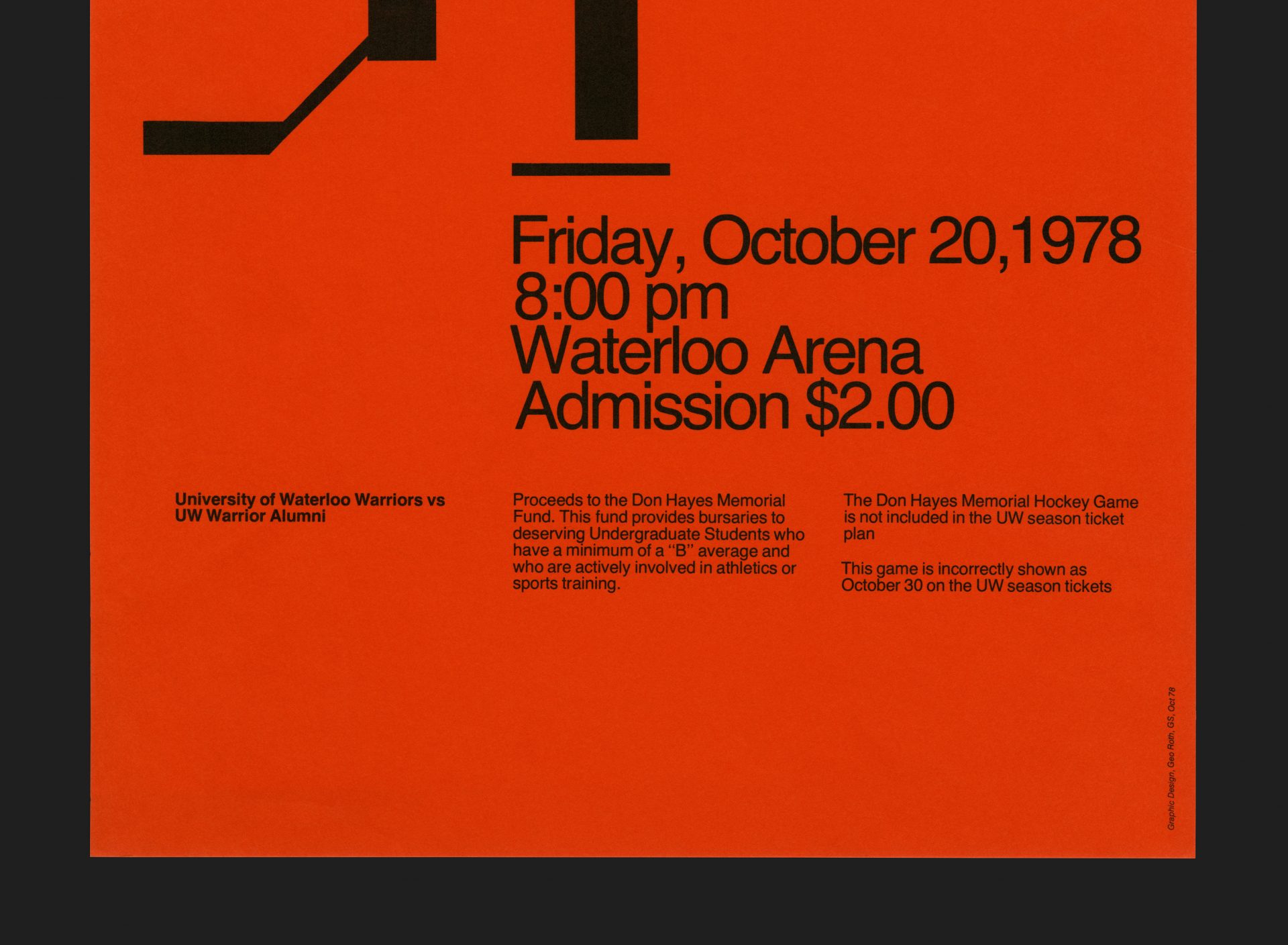 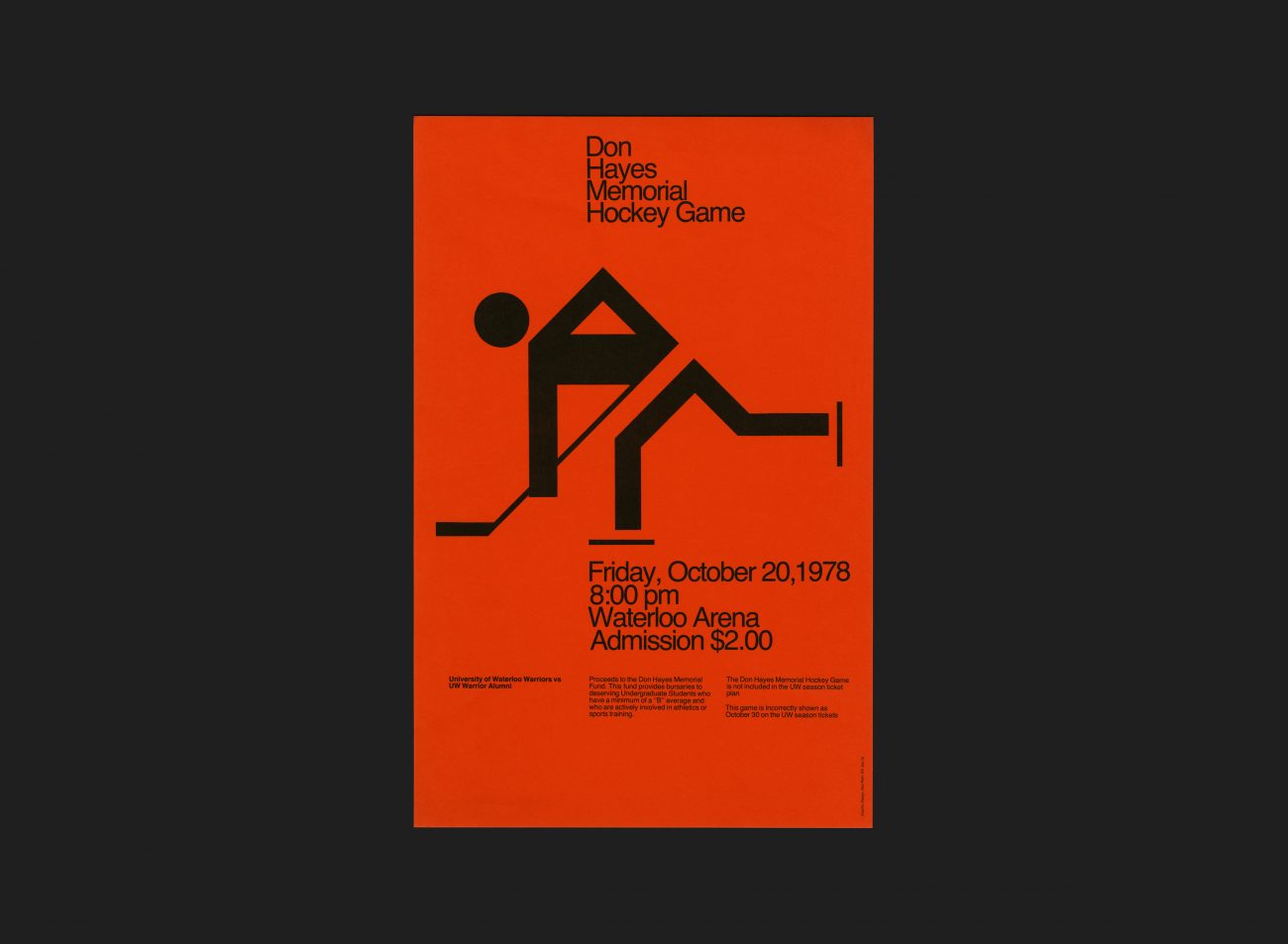 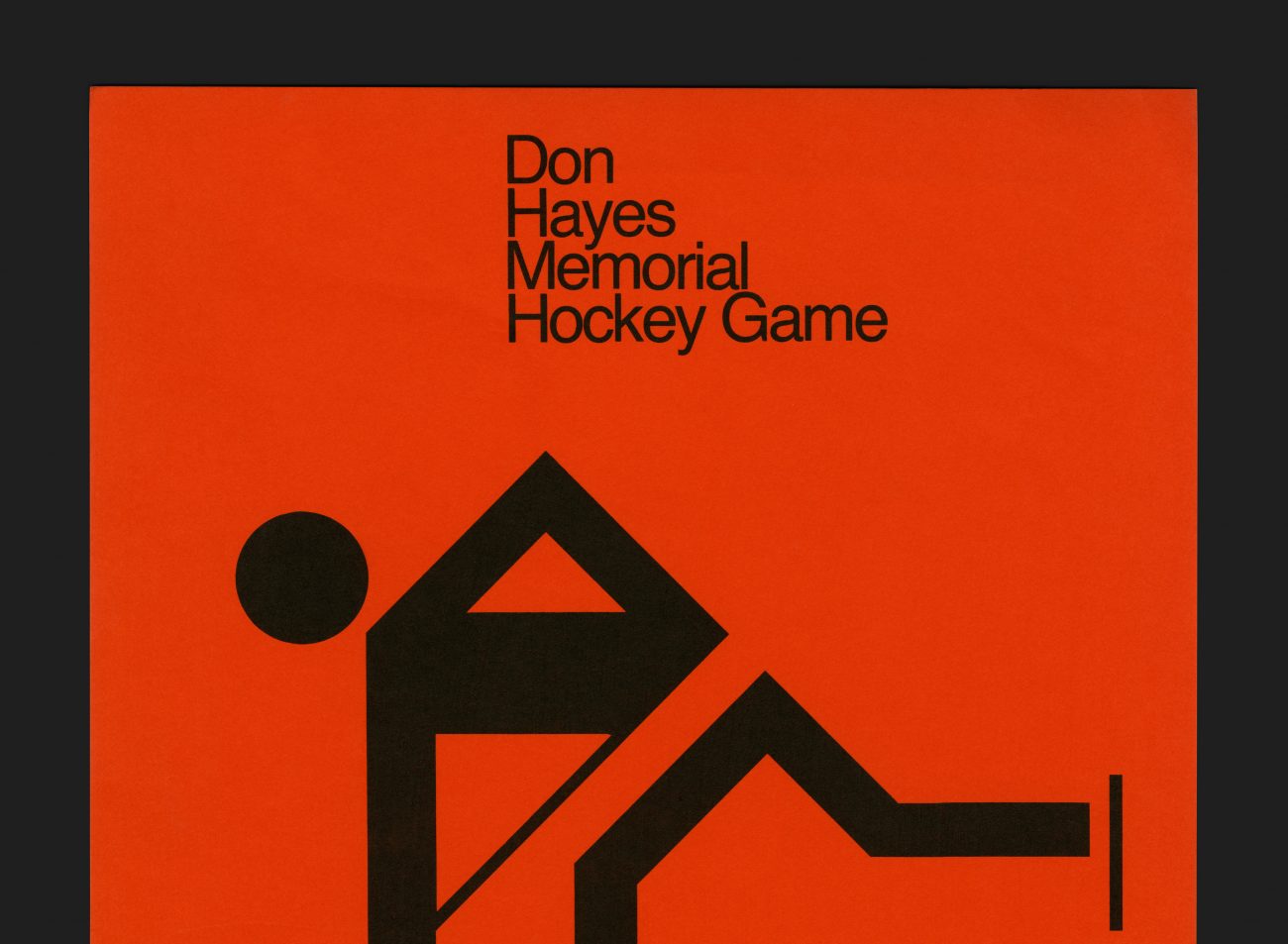 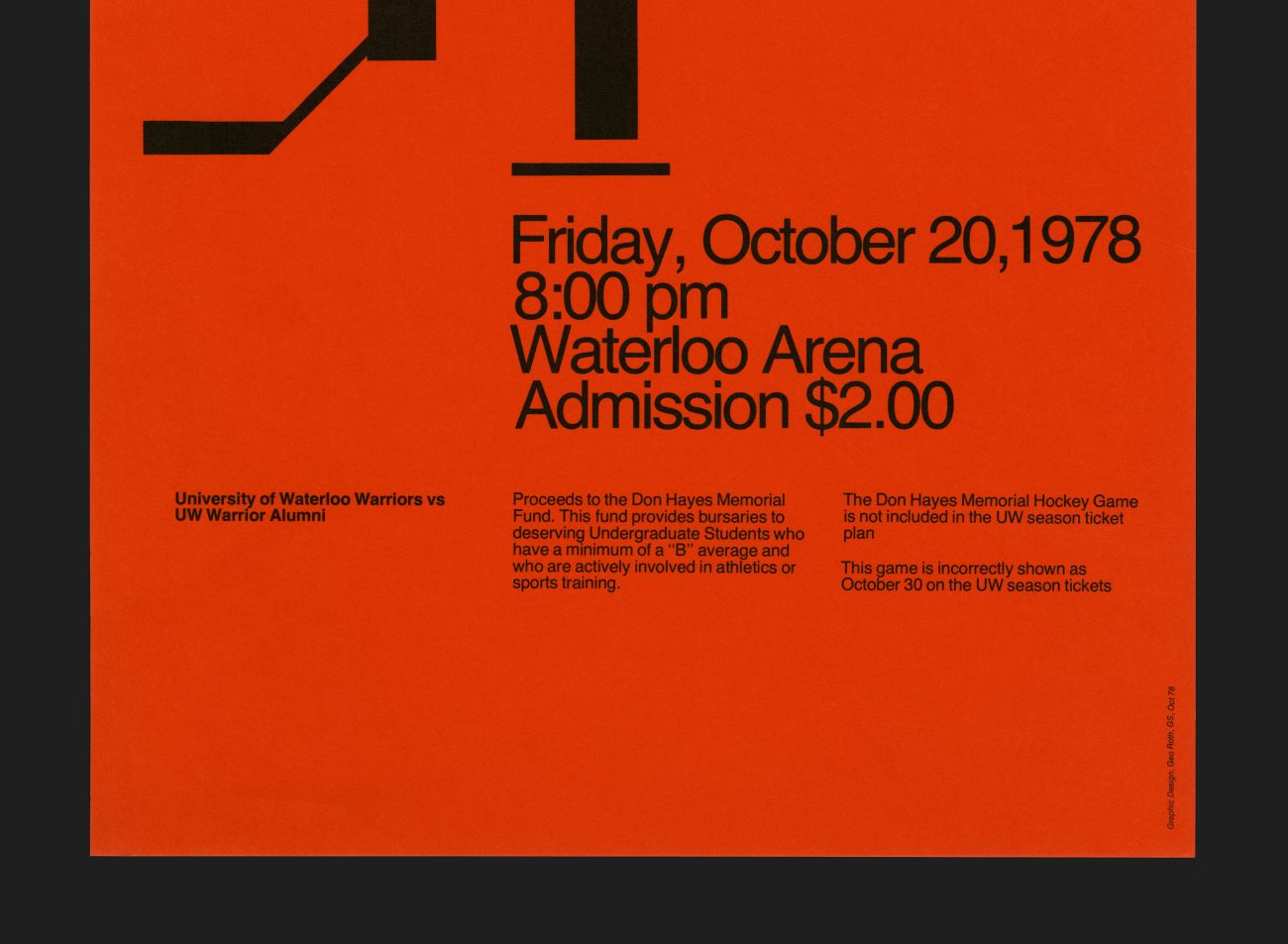 Don Hayes was a full faculty member and Professor within the Department of Kinesiology and the School of Physical Education at the University of Waterloo (UofW). Prior to his academic profession, and during his earlier years, Hayes played professional hockey for Eddie Shore (ex-NHL) who owned the Springfield Indians of the American Hockey League in Massachusetts, USA.

At the UofW, Don Hayes was instrumental in developing the foundations of the Warrior hockey program and was head coach between 1964 and 1969. He was also co-founder of the successful ‘Don Hayes Hockey Schools’ across Southern Ontario. At age 42, and quite unexpectedly, Hayes died of a heart attack. As a man of the community this came as quite a shock to everyone who came into contact with him.

In Hayes’ honour, the UofW created an annual memorial fund for high achieving students who were actively involved in athletics and sports training. This poster promoted a fundraising event for the fund in Don’s beloved sport, Hockey. Designer and head of graphic services at UofW George W Roth created this functional piece in one weight of Helvetica and economically printed in black ink on orange red cover stock. The illustration took cues from the iconography of olympic pictograms. Roth himself was a similarly obsessive iceman, playing high level hockey as a goalie and worked with Hayes not only with his design hat on, but his sportsman helmet on the ice. Today, the UofW still offer the Don Hayes Memorial Award.