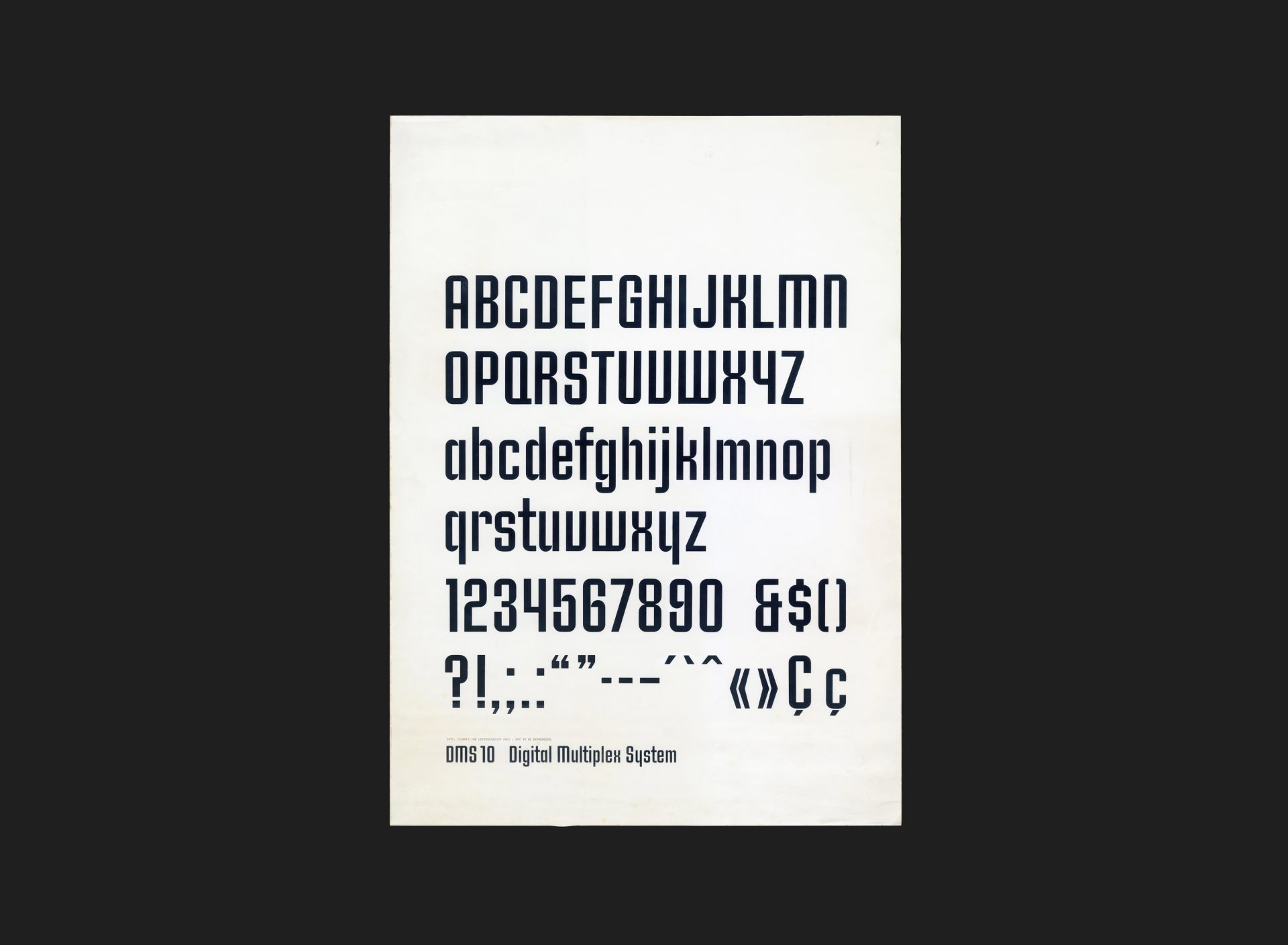 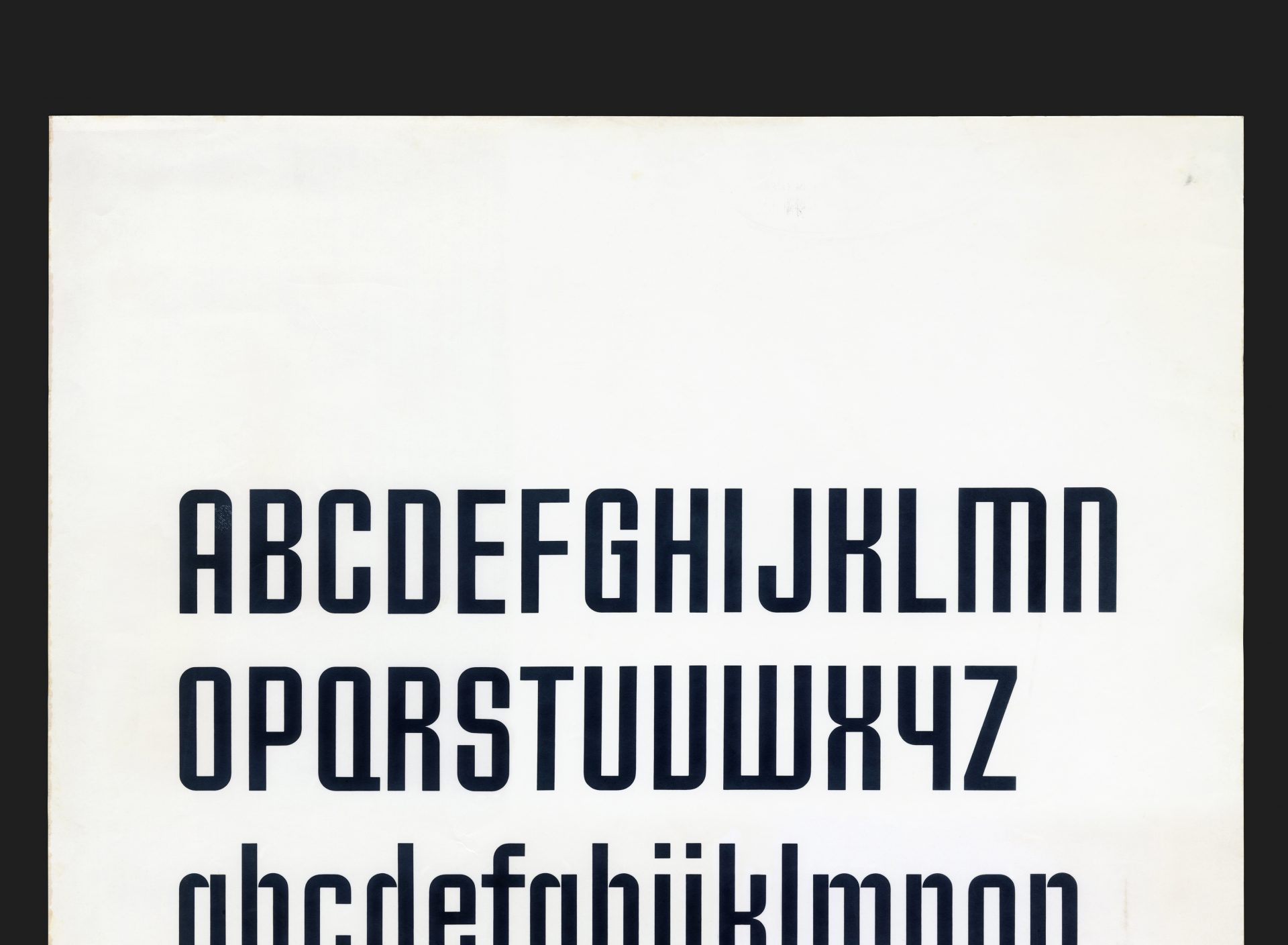 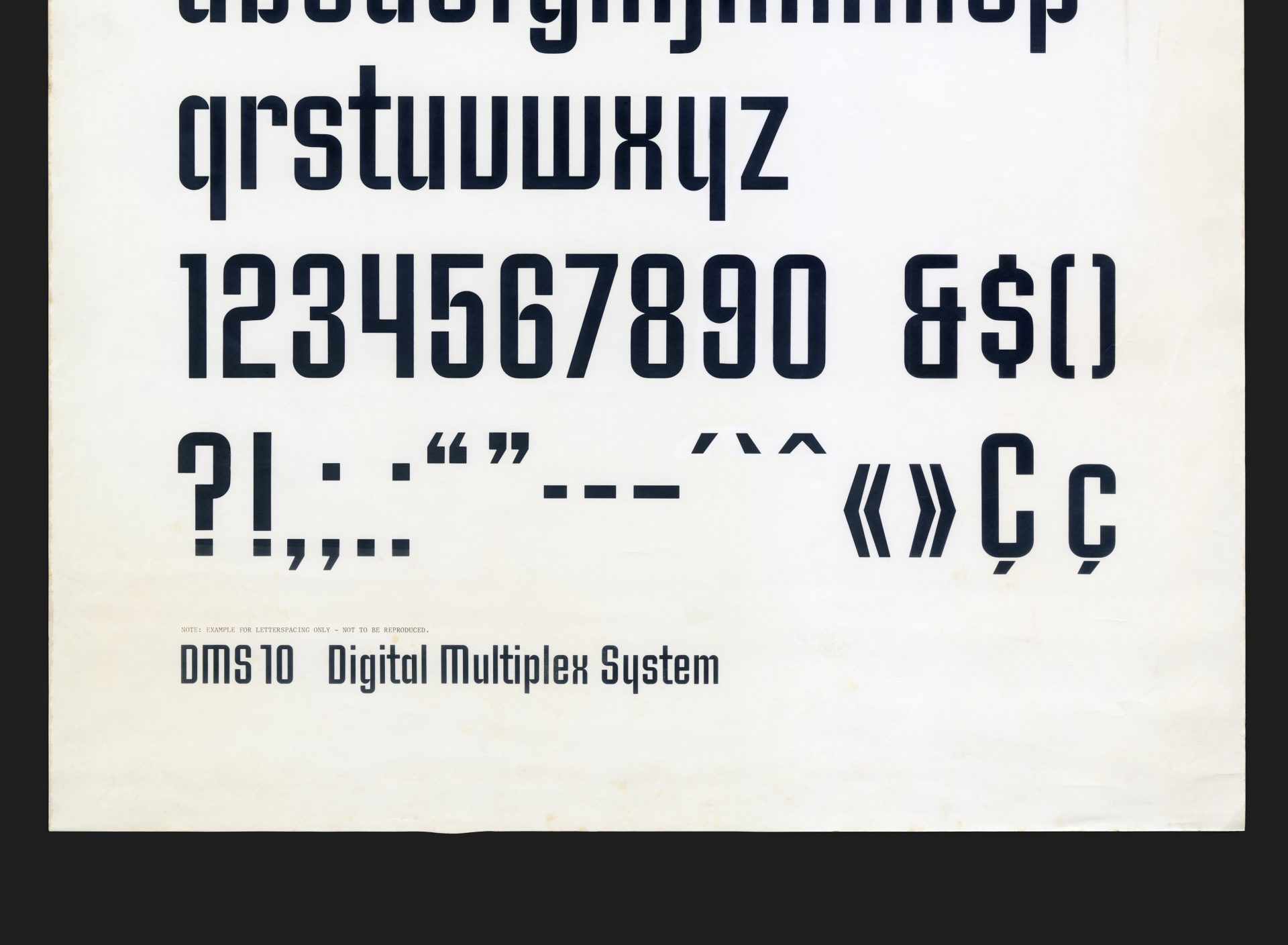 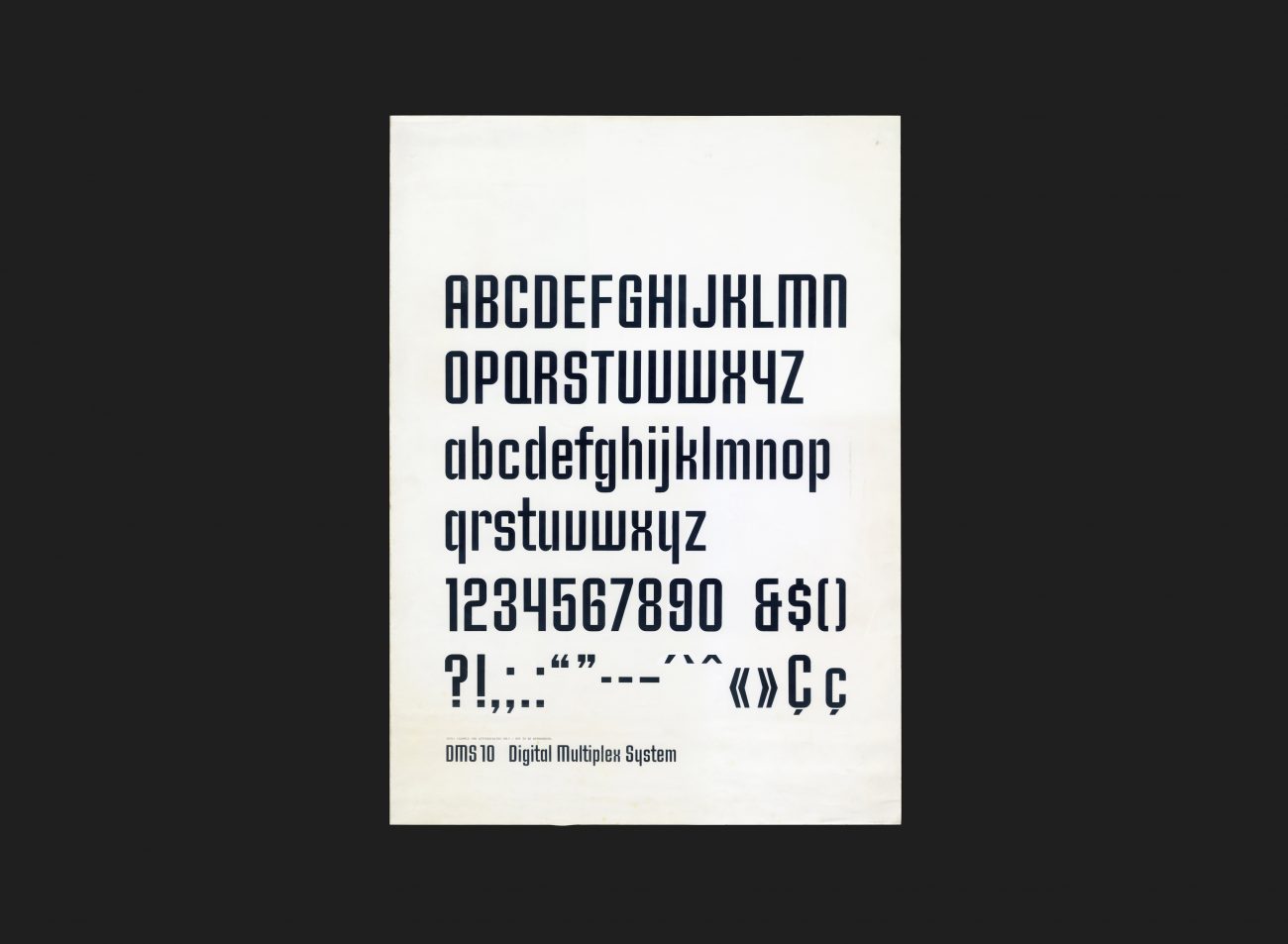 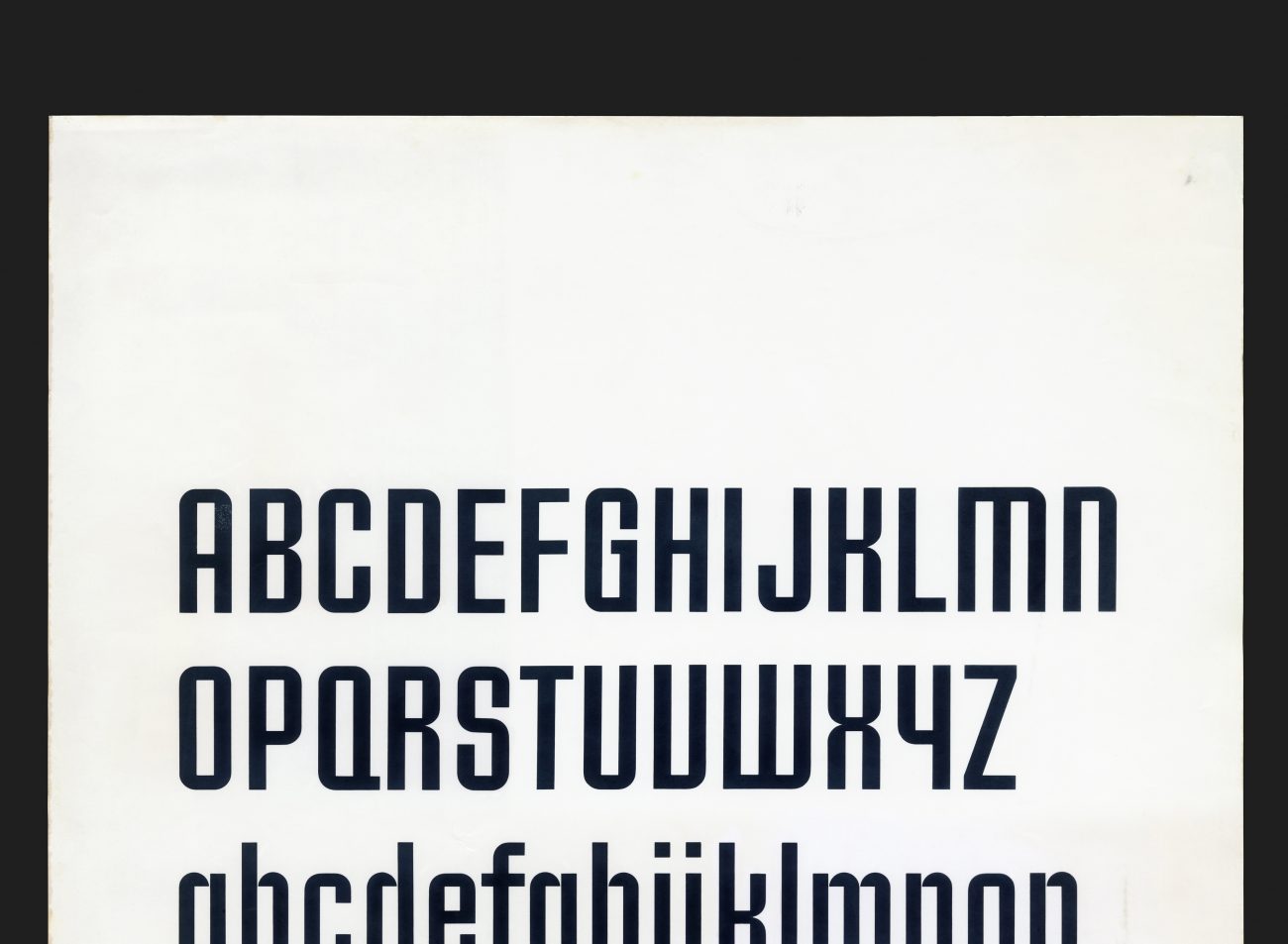 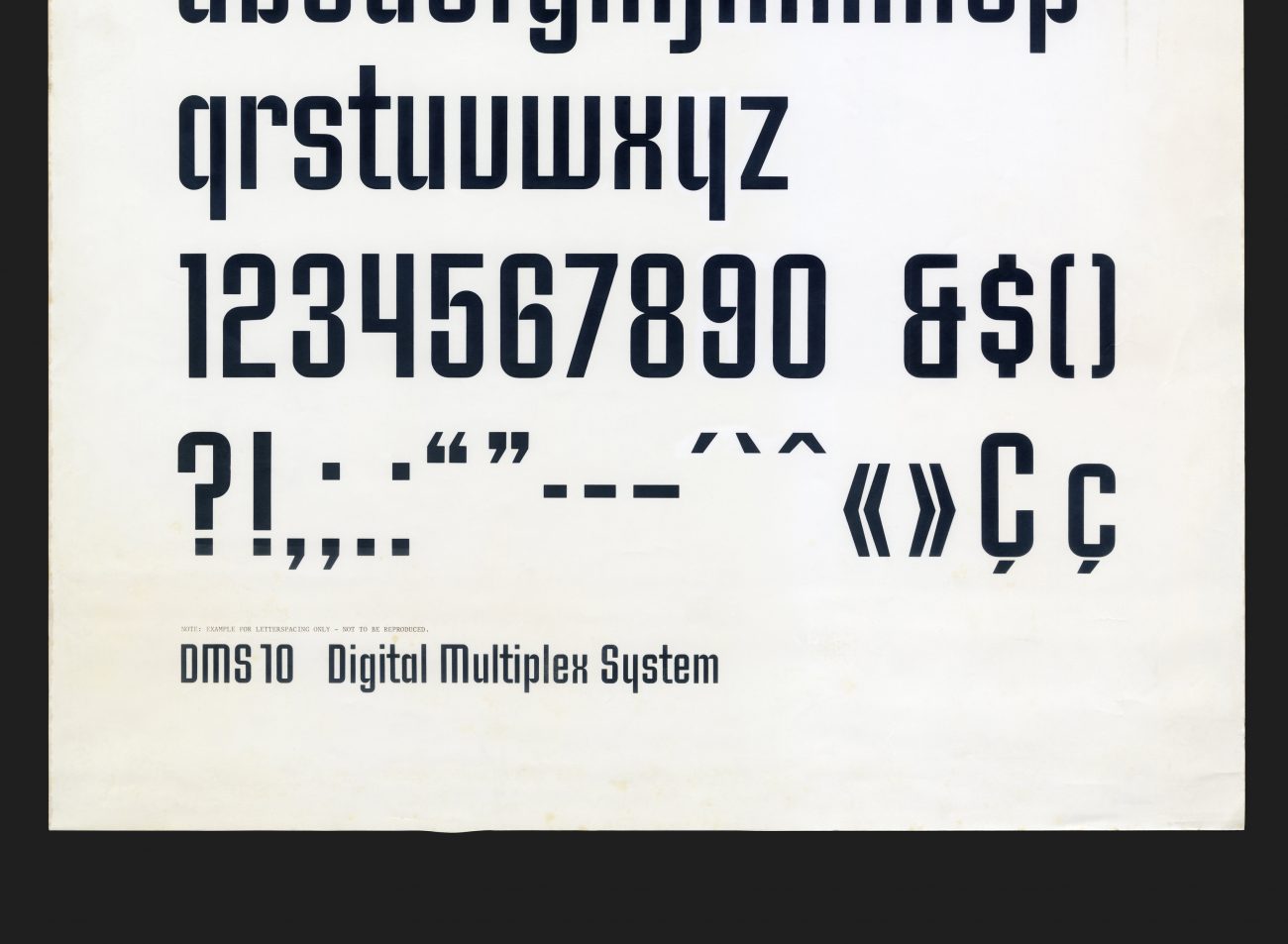 In 1976, Northern Electric renamed to Northern Telecom, and with this, the company focused its attentions on the groundbreaking development of a fully digital local central office. In 1977 they released their first DMS (Digital Multiplex Switch) line of switching equipment with the DMS-10 digital central office switch for small communities. The DMS-10 became the first ever local central office (Class 5) digital switch to be installed in the public switched telephone network.

This impeccably preserved artefact is in fact a bromide (produced by photomechanical transfer) and was developed to illustrate ‘letter spacing’, presumably supplied to Northern Telecom for application onto their machines and communications. The character set comprises of a full set of upper, lower and numeral Latin glyphs, and a limited range of punctuation and marks. The letterforms were all crafted on a grid, using squares, rectangles and quarter round quadrants only (except for a few instances of diagonals used on punctuation and accents). This meticulous attention to detail, much like Wim Crouwel’s efforts 10 years before, not only give the characters a modular and systematic feel, but also connect strongly to that early digital aesthetic, despite the fact that ‘Postscript fonts’ for computers would not make an appearance for another 10 years.