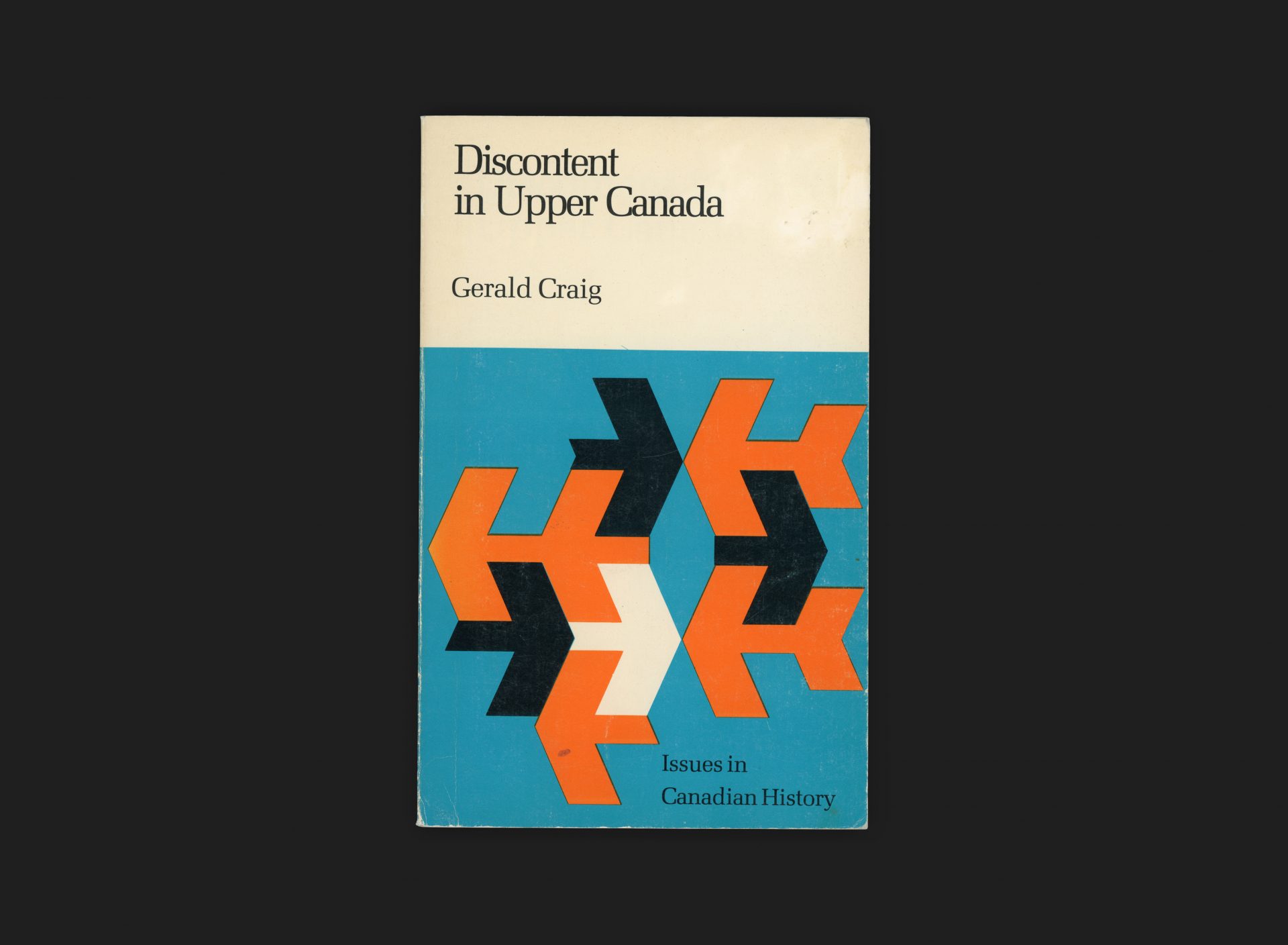 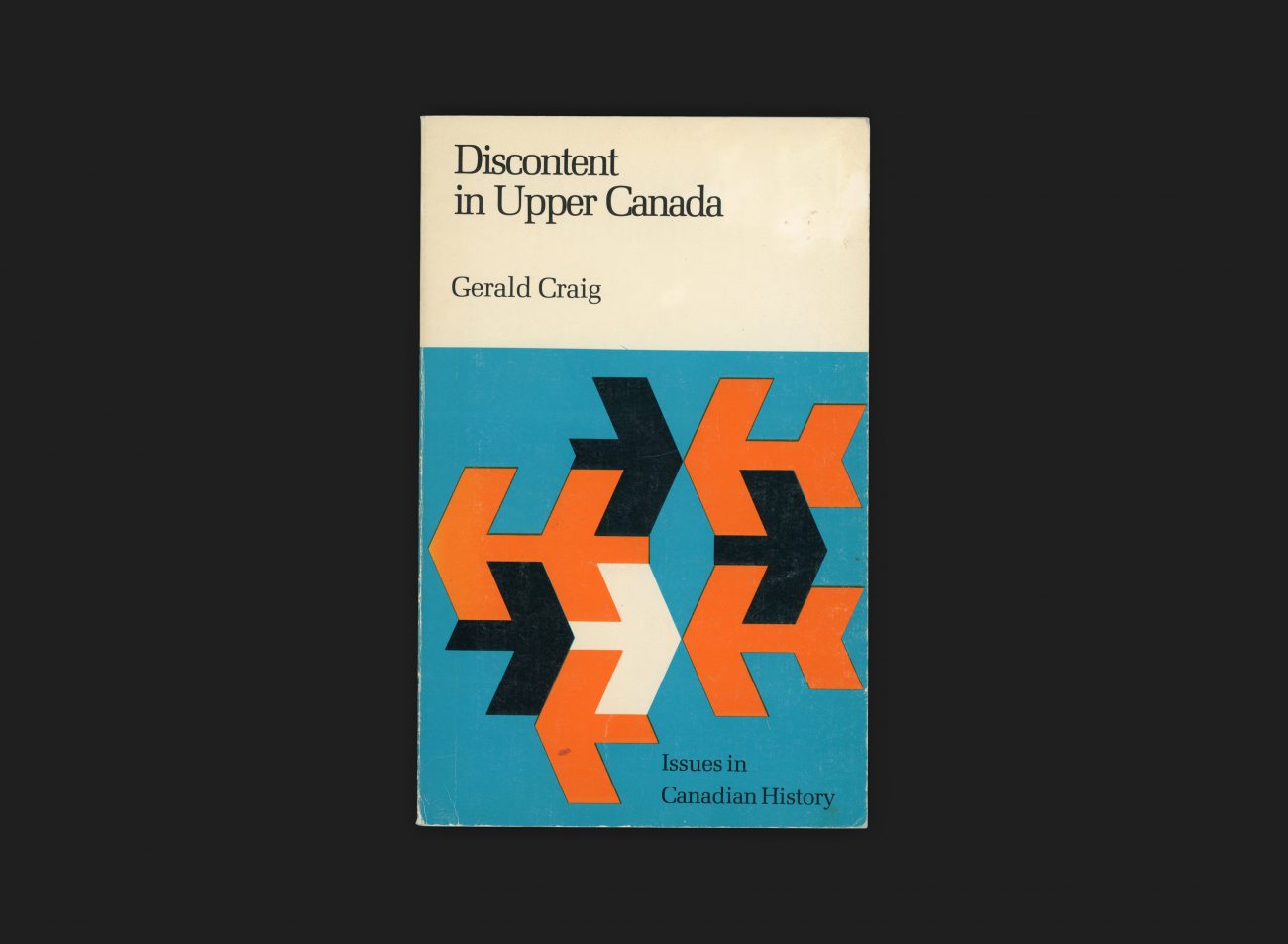 Upper Canada was the name for present-day Southern Ontario, a fertile land that in the nineteenth century became the fastest growing province in British North America, enabling a flourishing trade with the United States and Europe. Such a wealth of opportunity led to numerous social problems that this book explores.

From the back page:
“Issues in Canadian History is an ongoing series of readings on selected Canadian historical crises, problems and personalities.”

The cover depicts various factions and elements pulling in opposing directions and coming into frequent conflict with each other. Each title in the series employs the same layout, but with a unique colour combination.