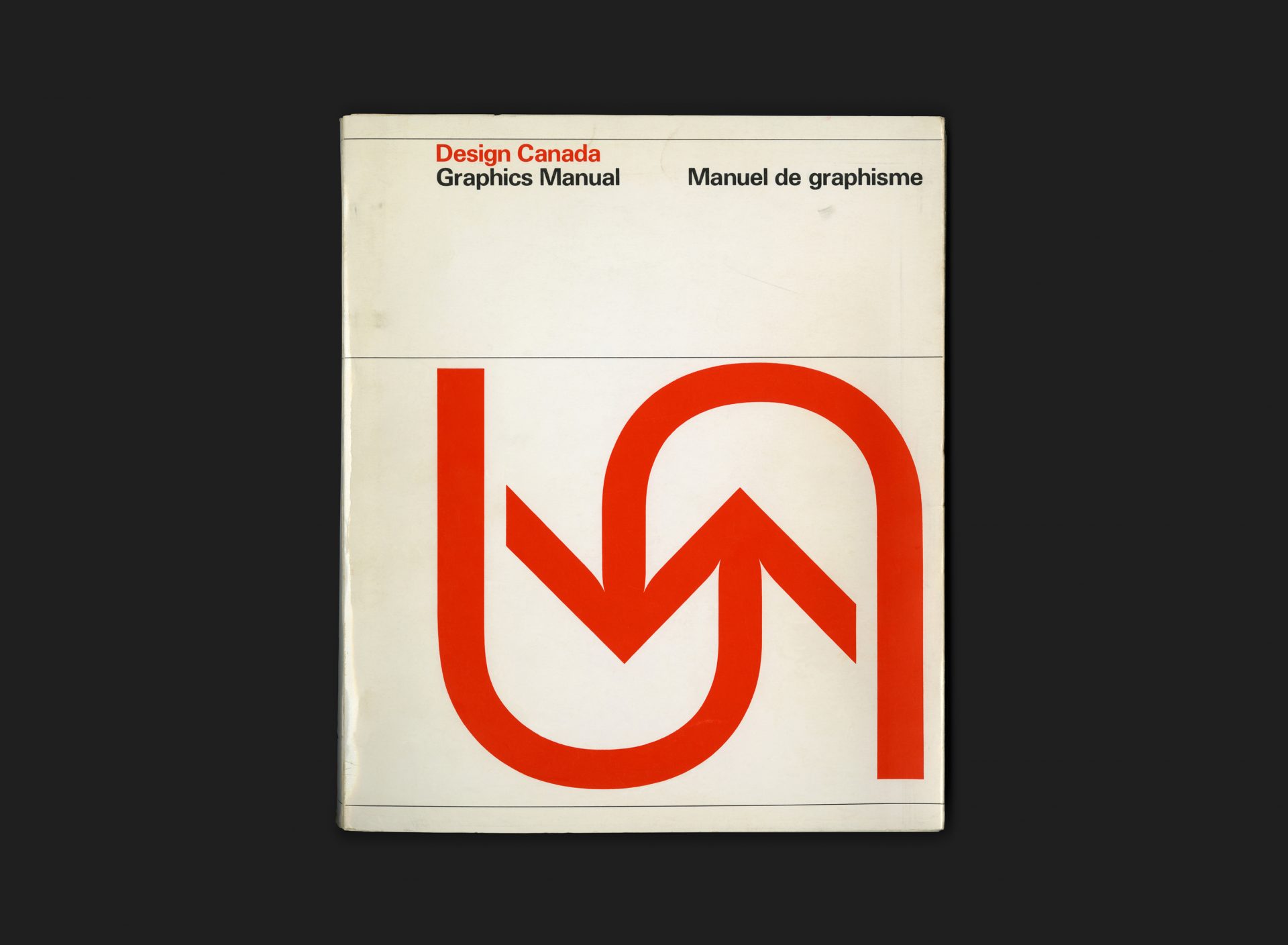 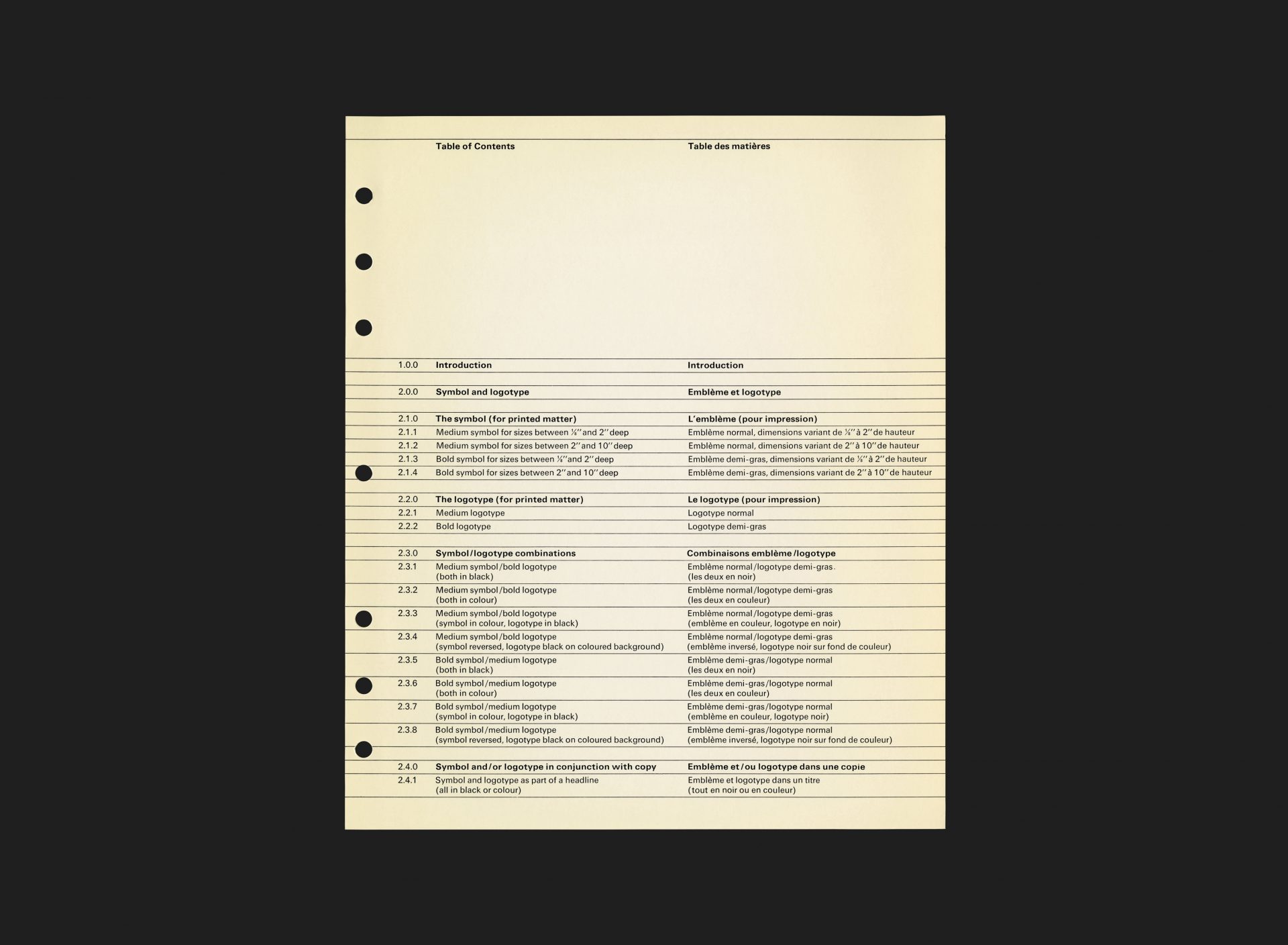 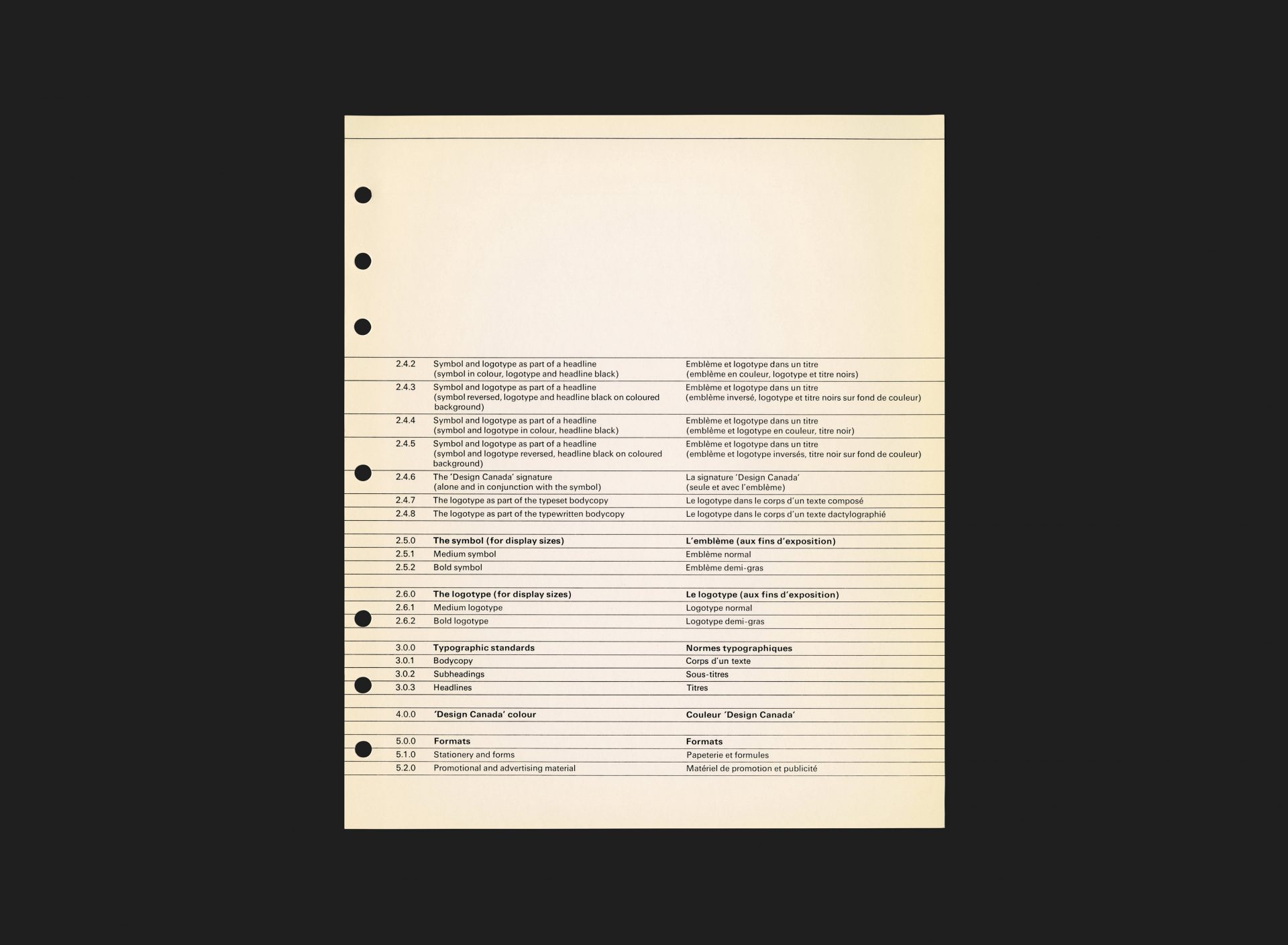 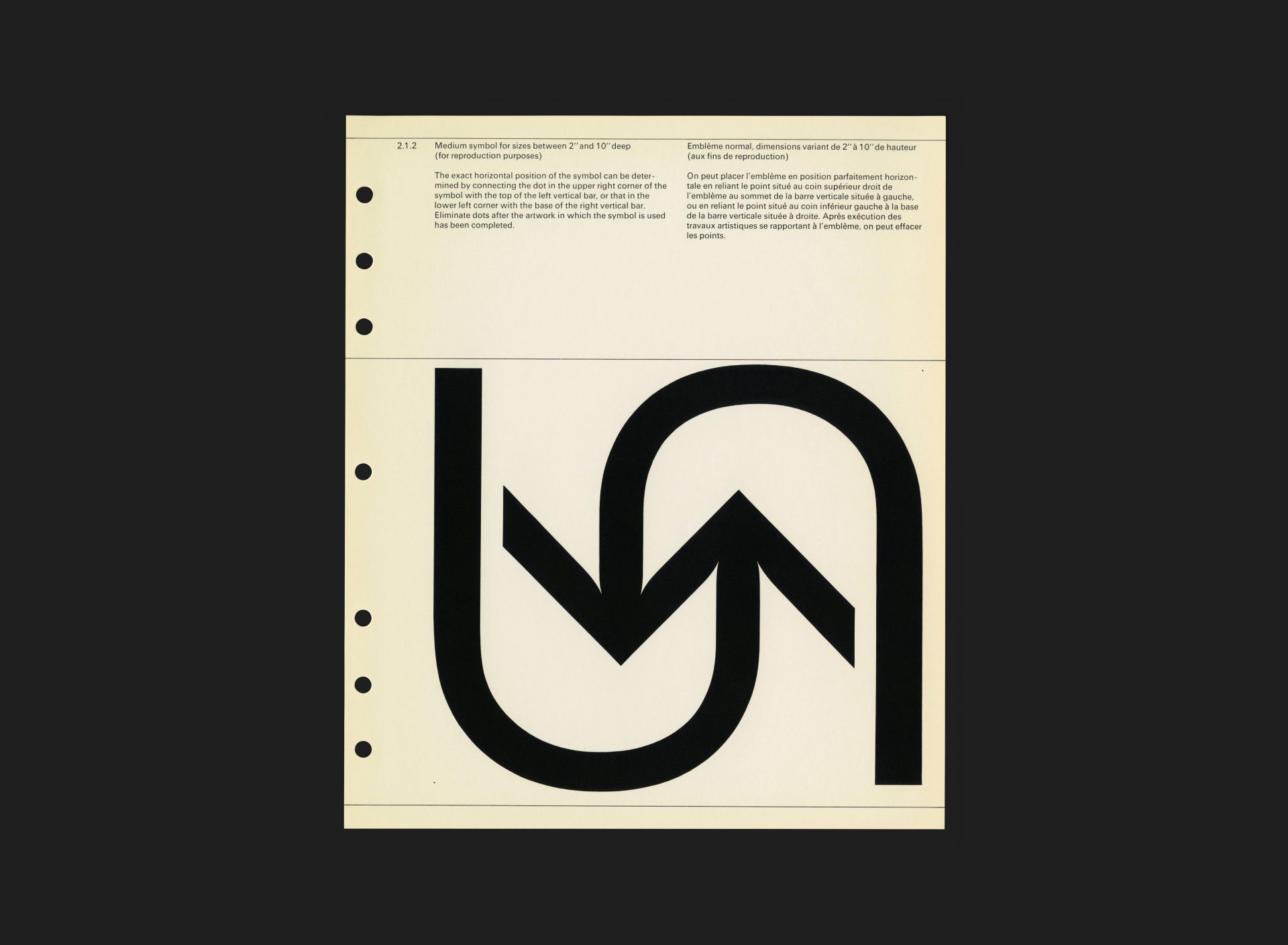 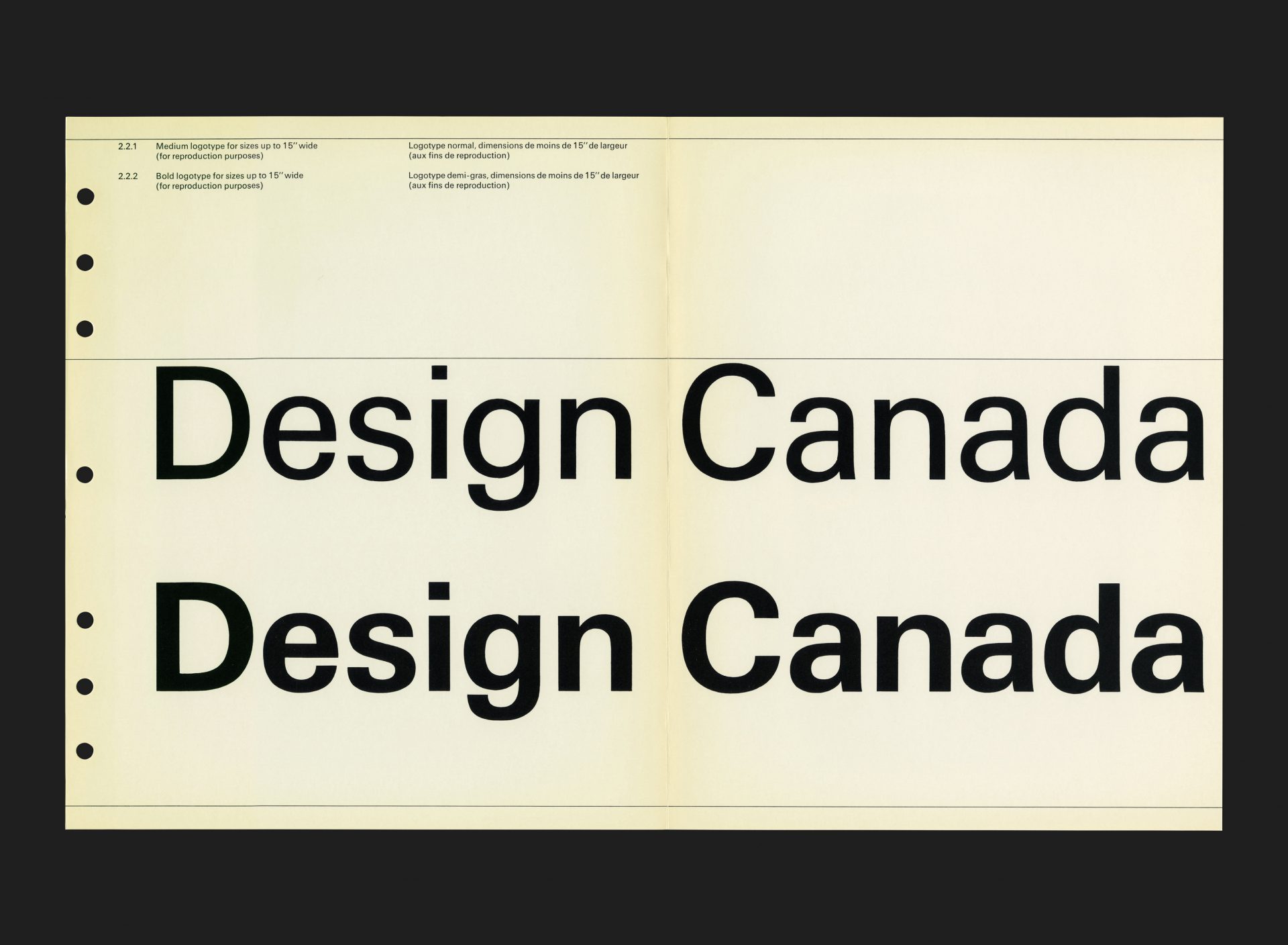 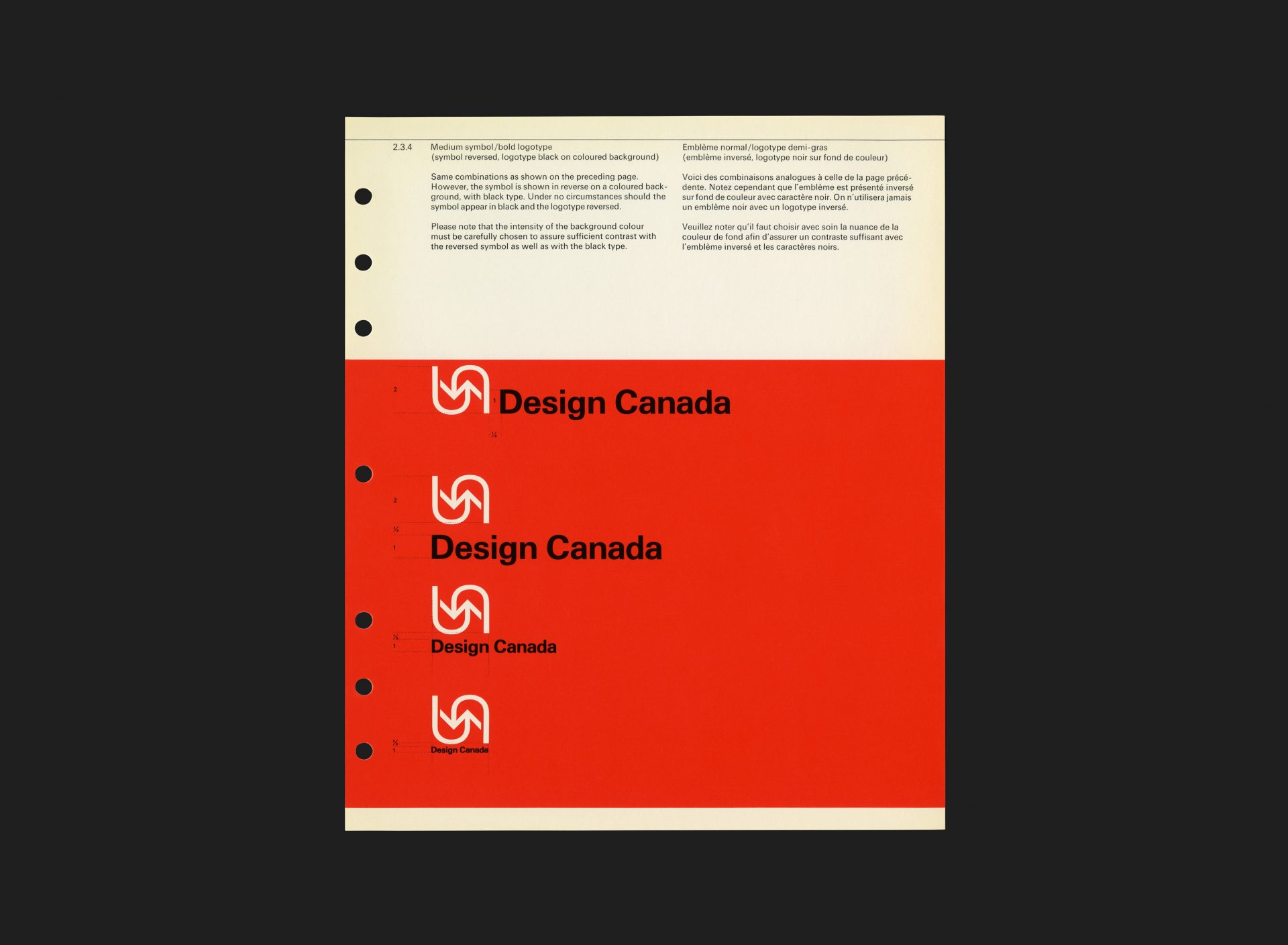 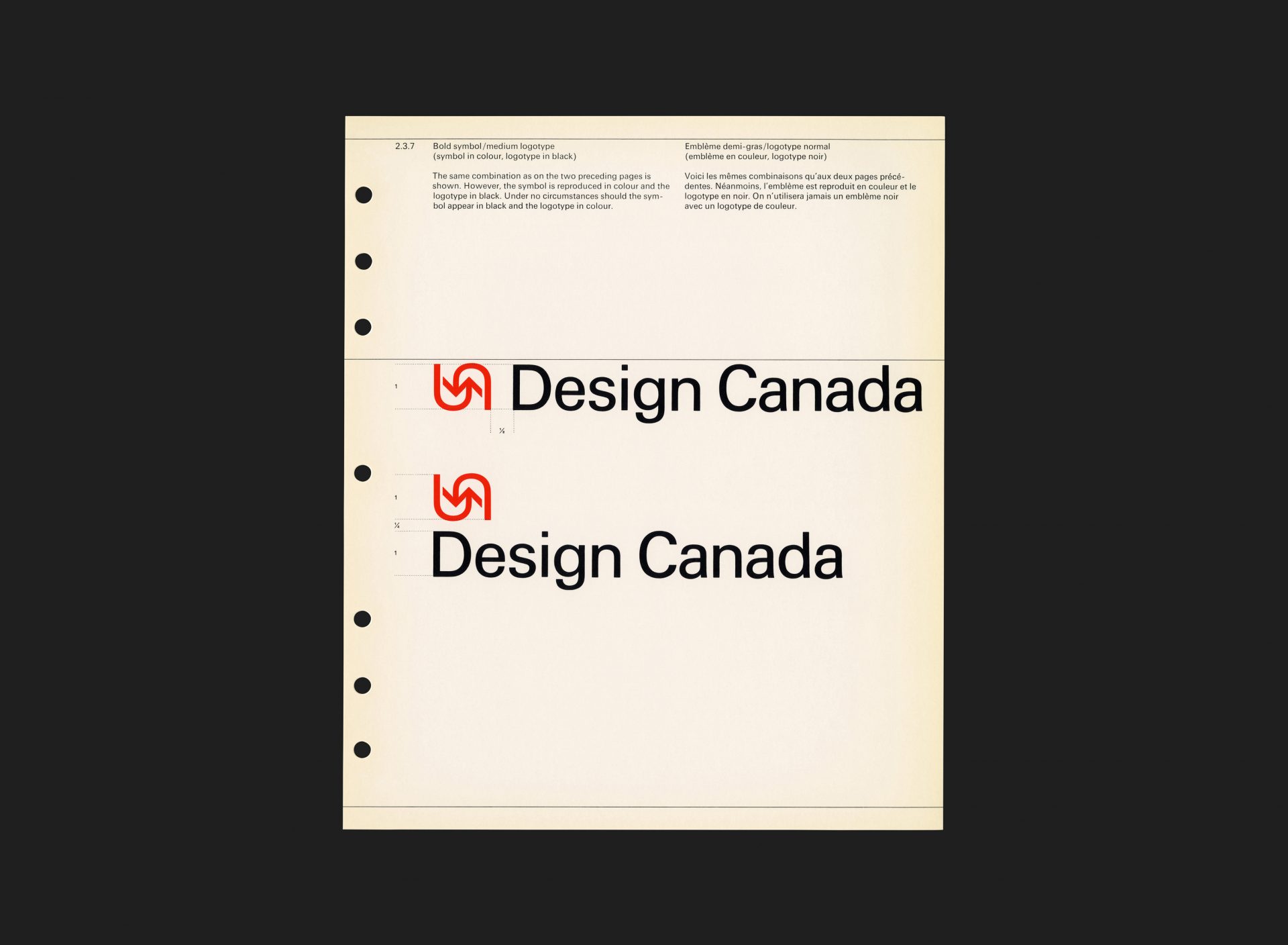 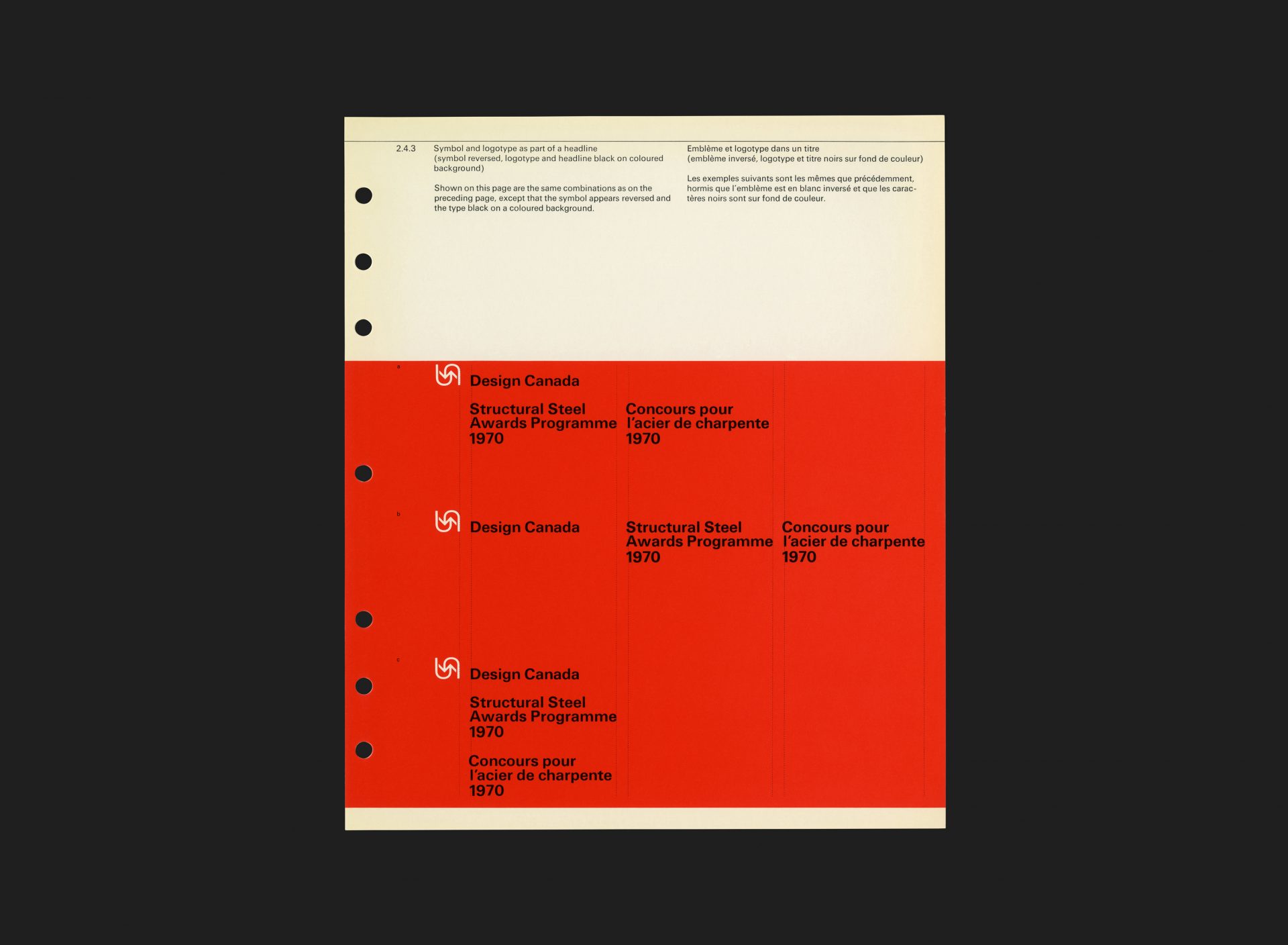 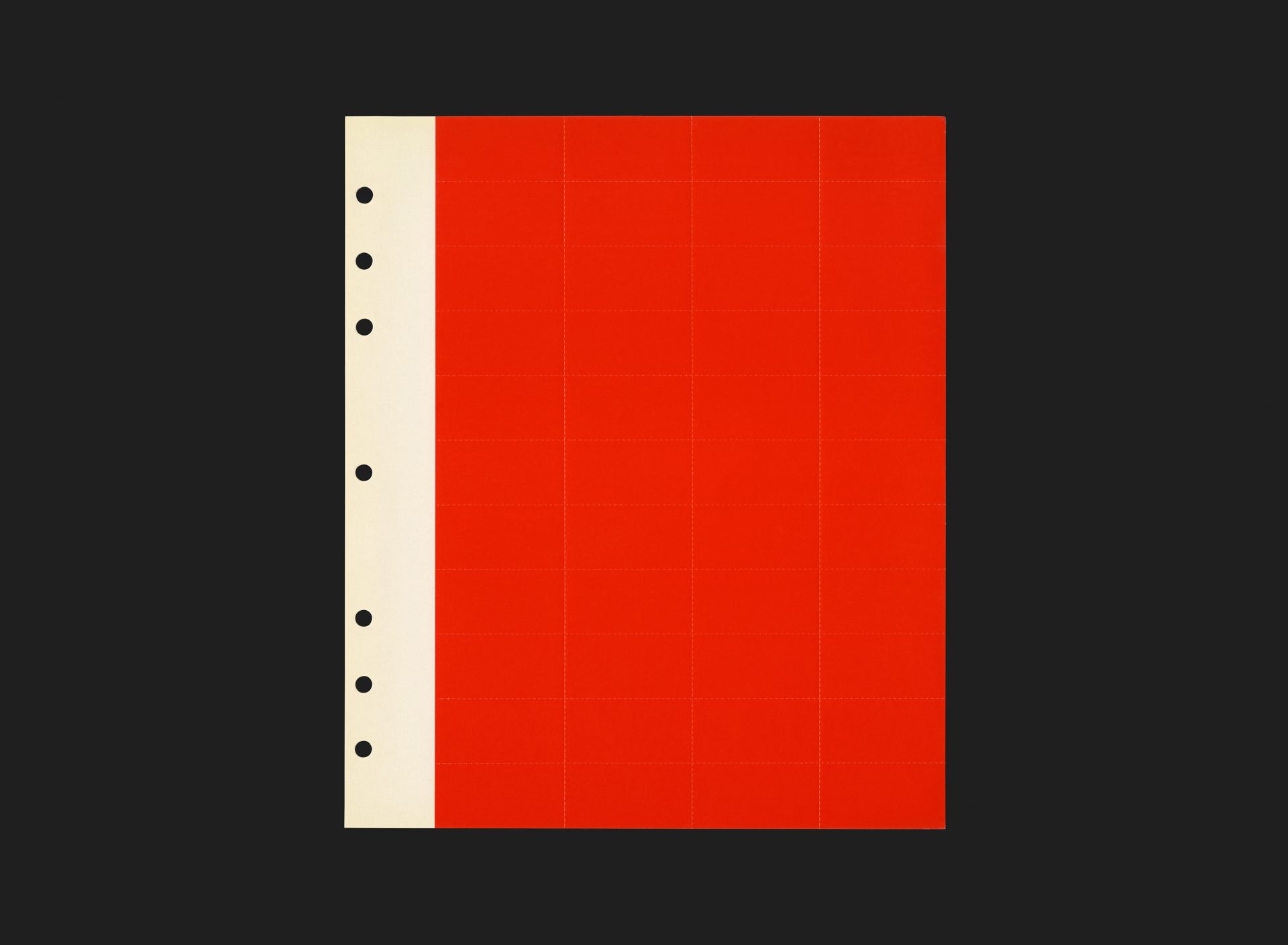 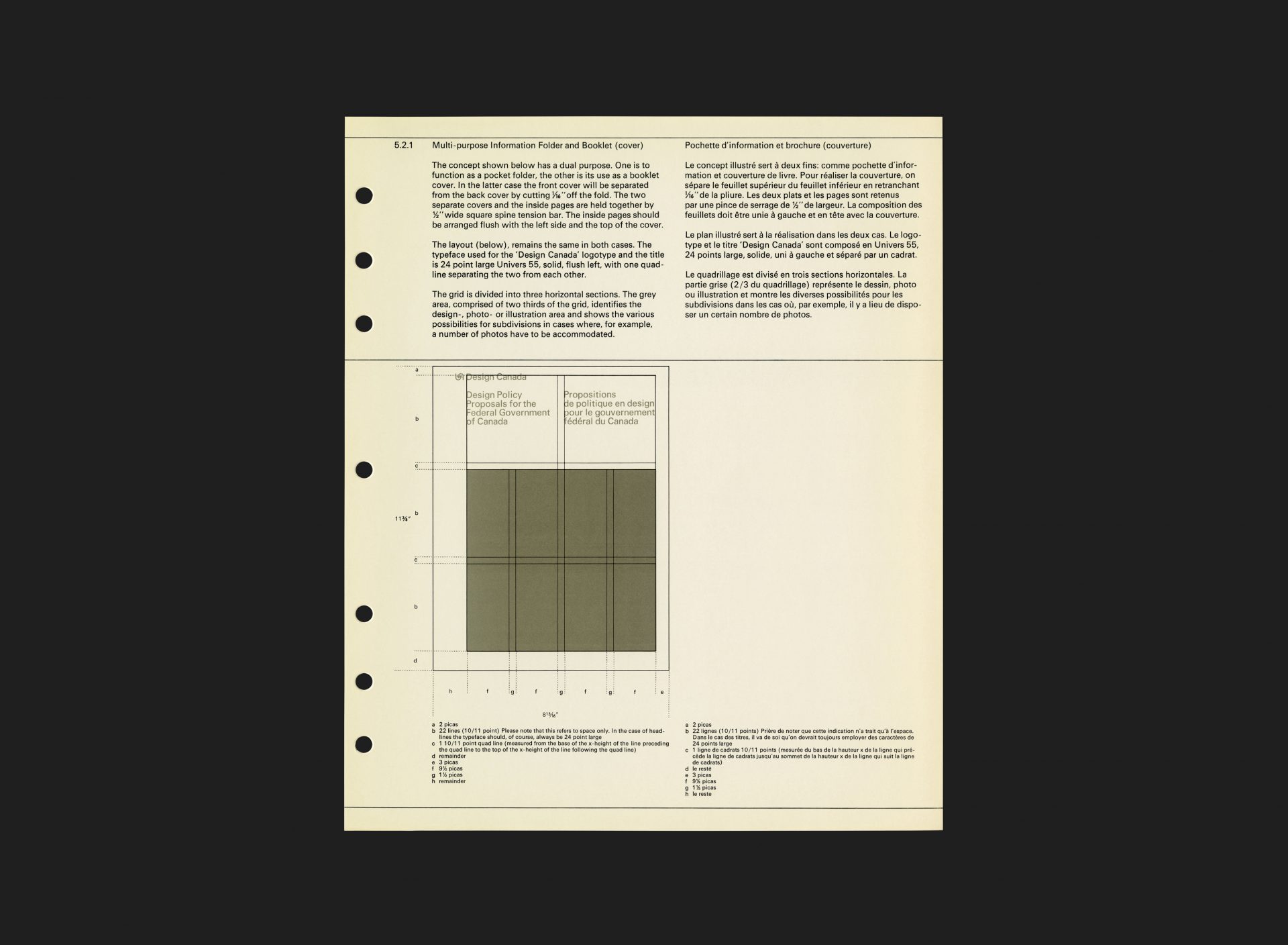 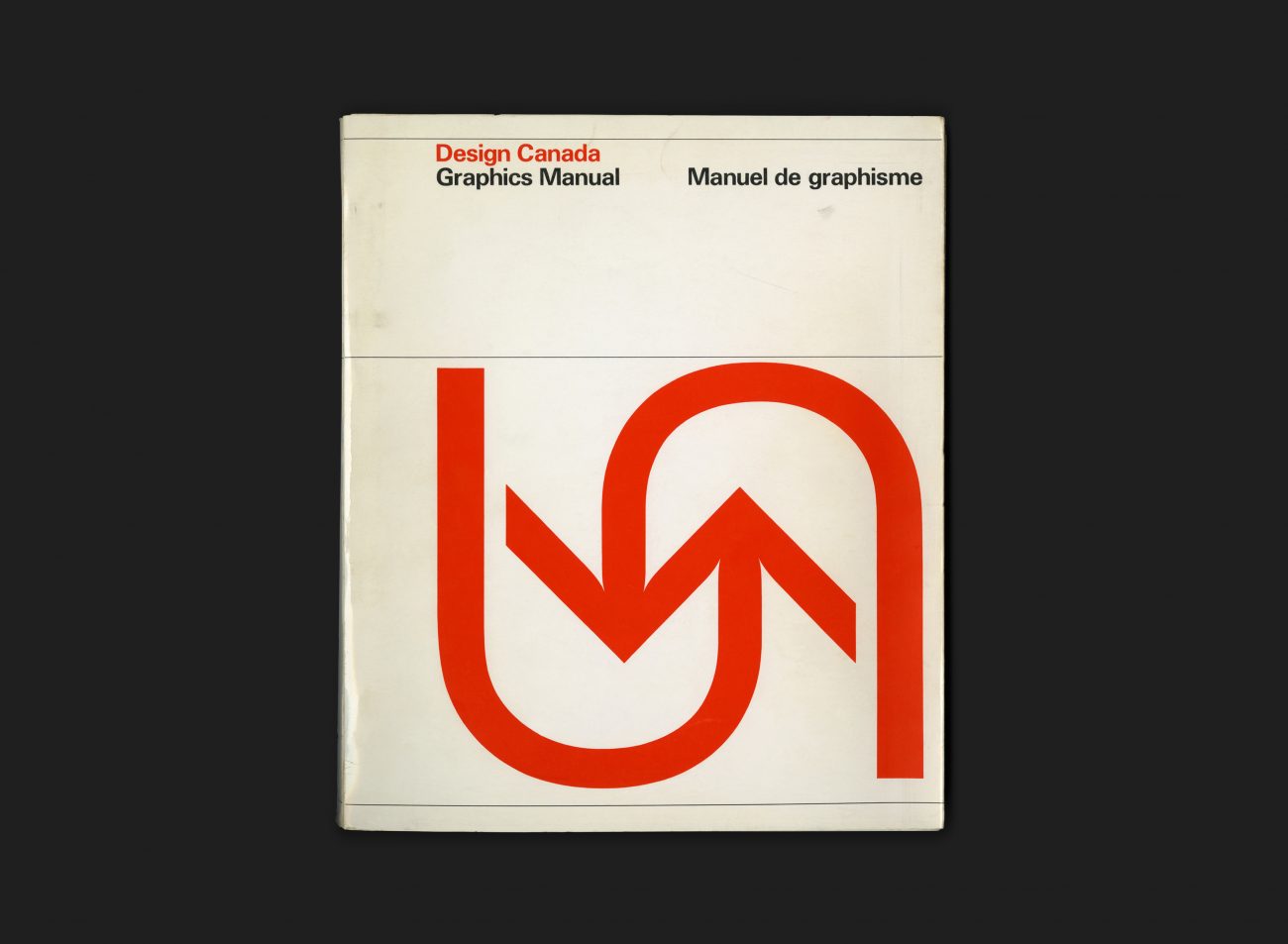 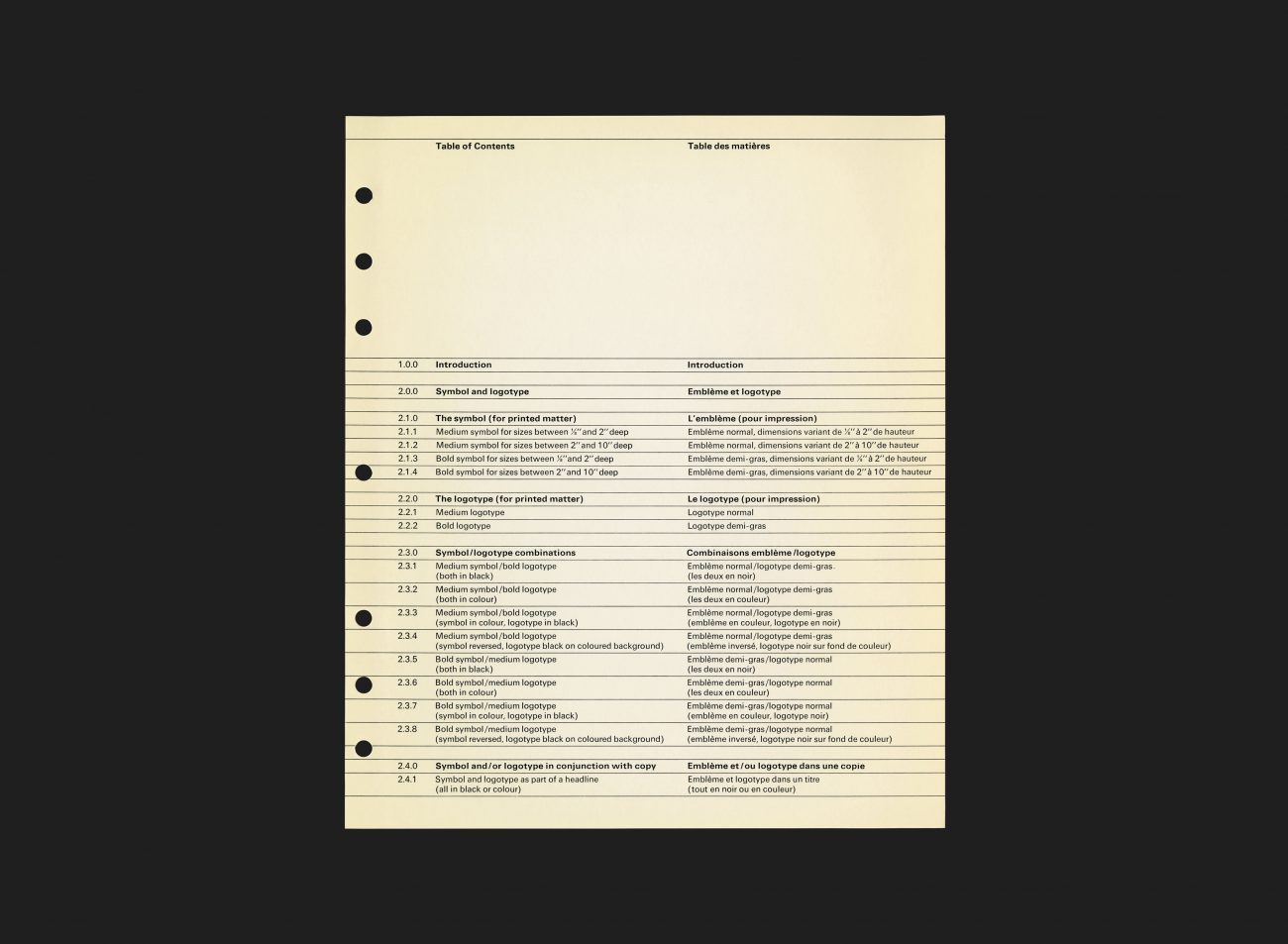 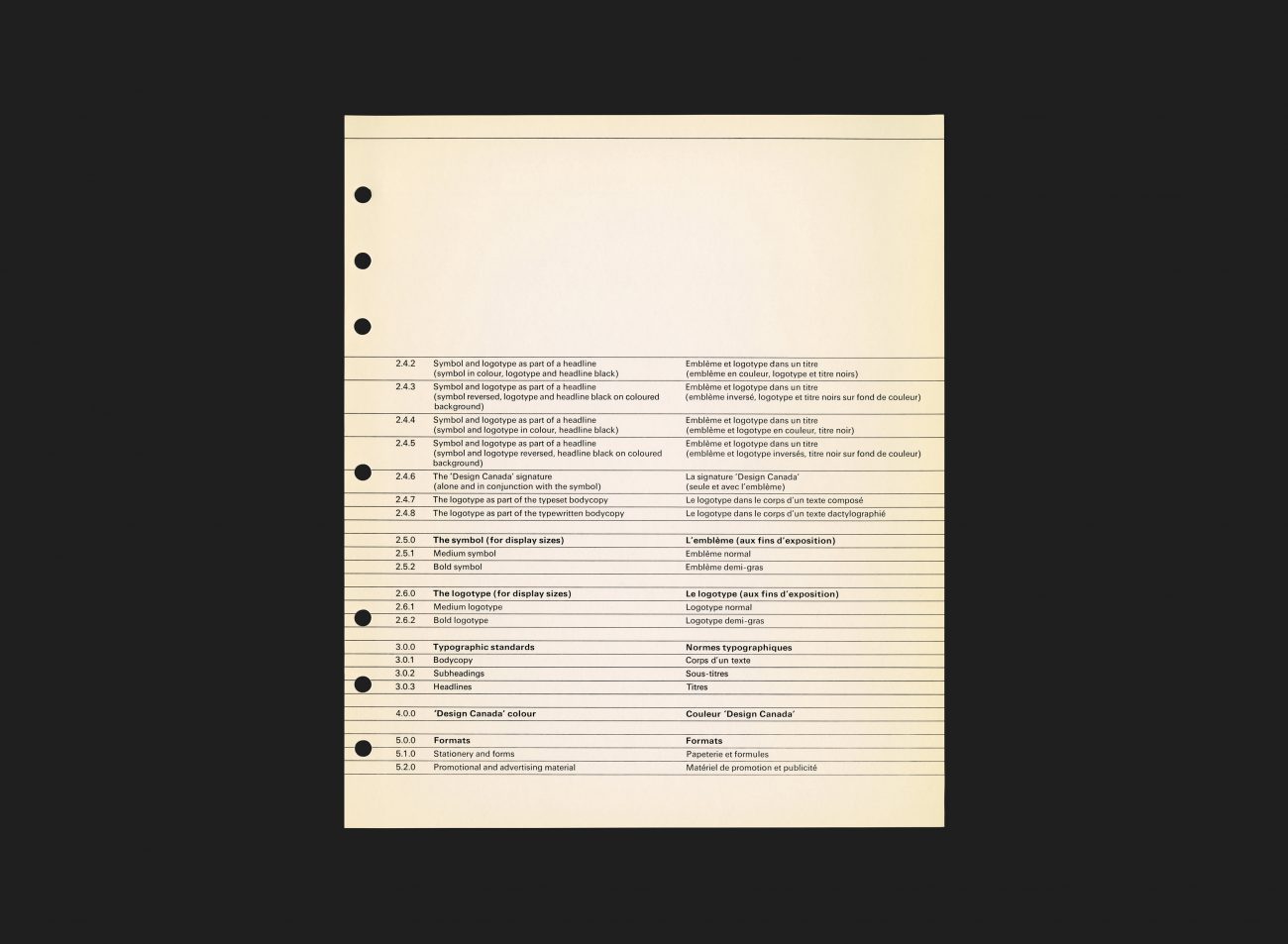 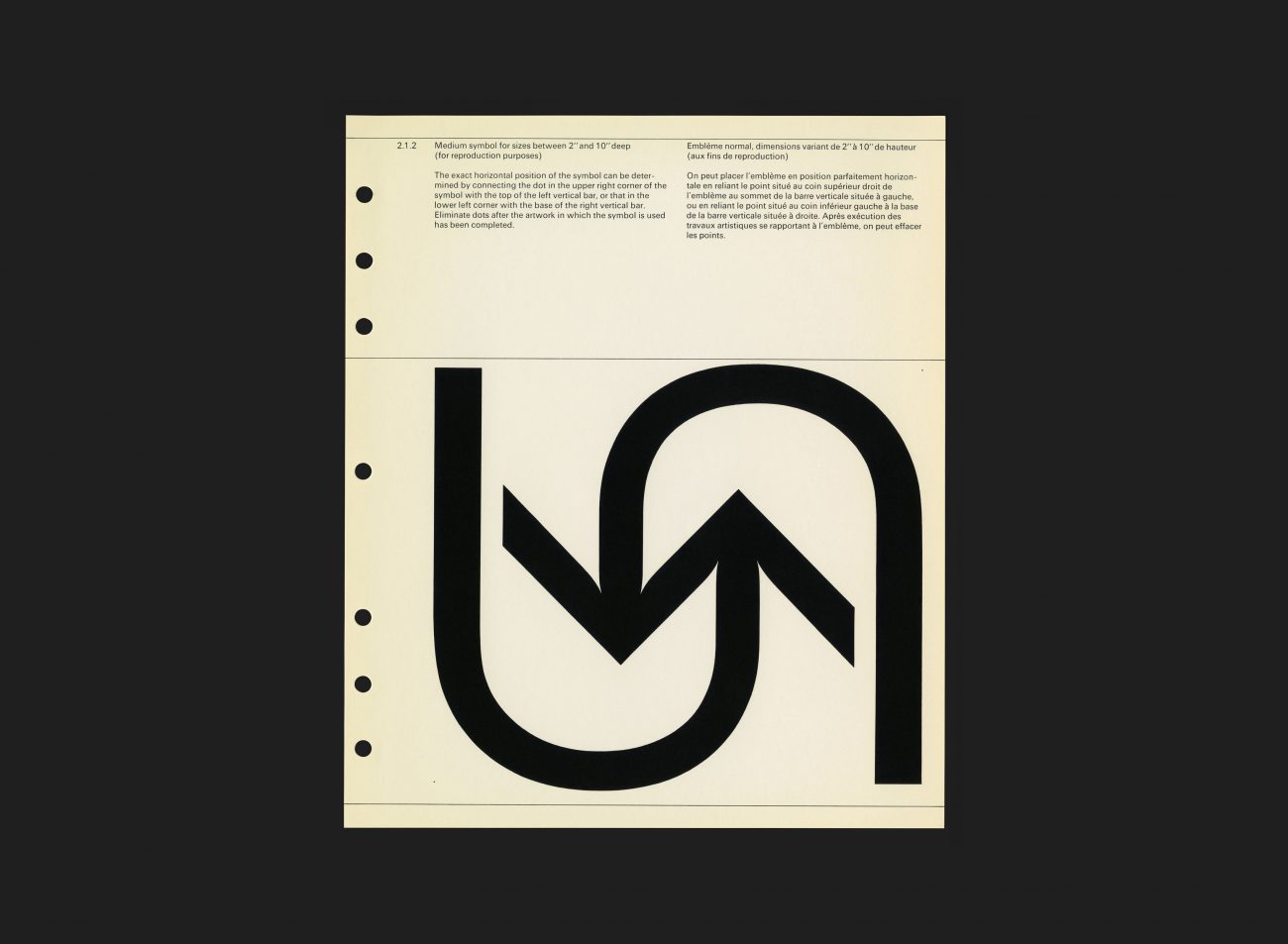 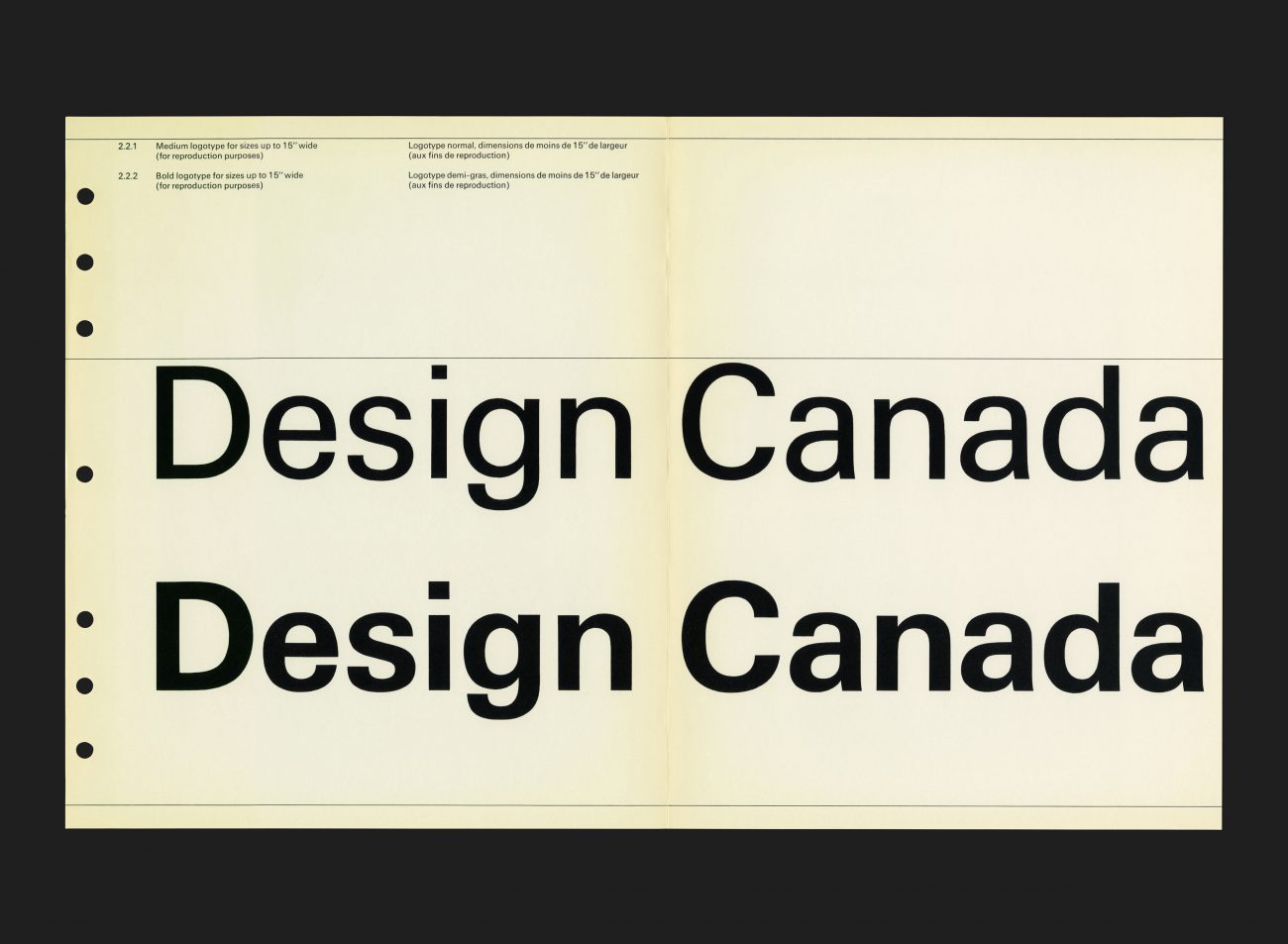 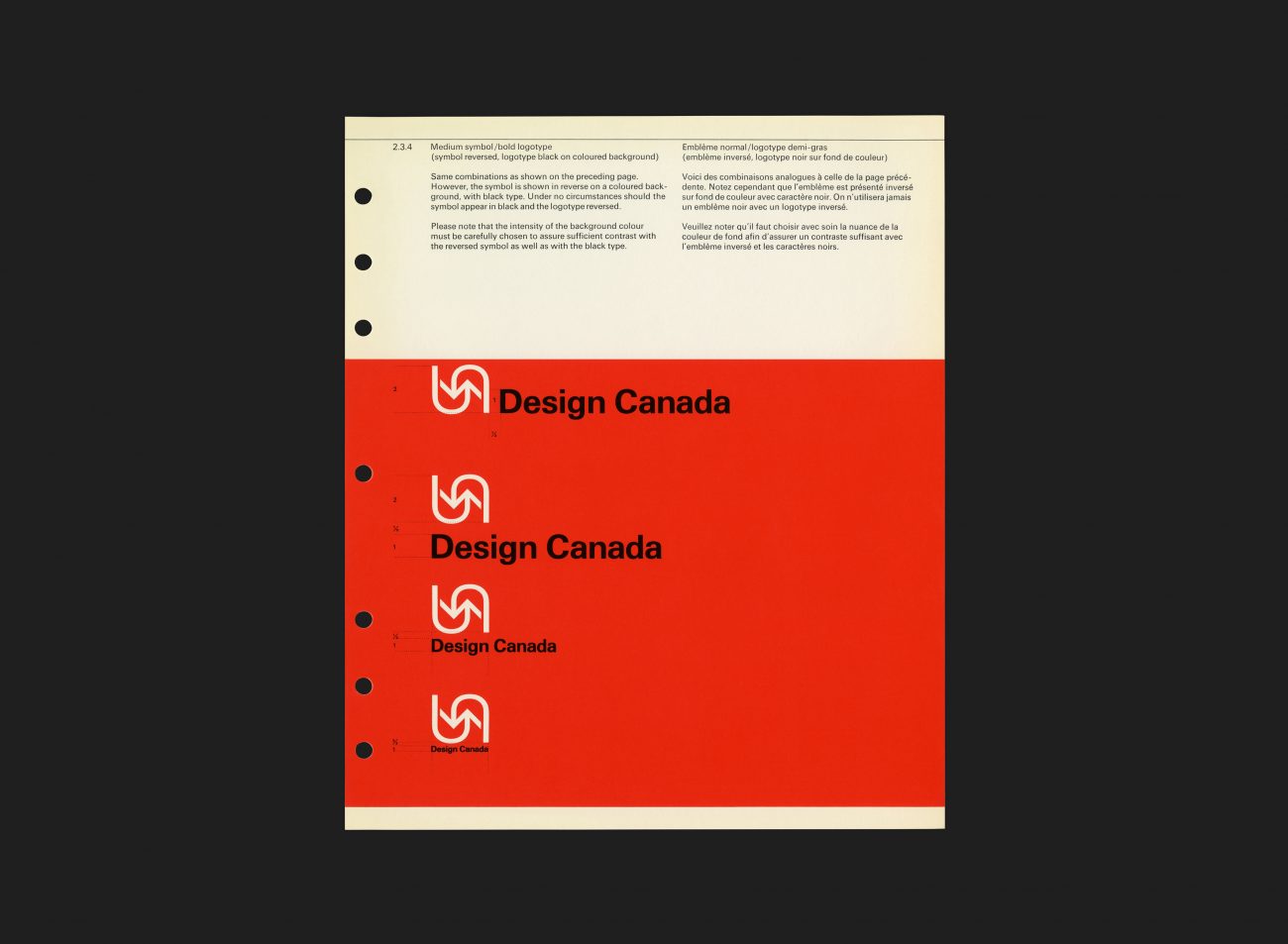 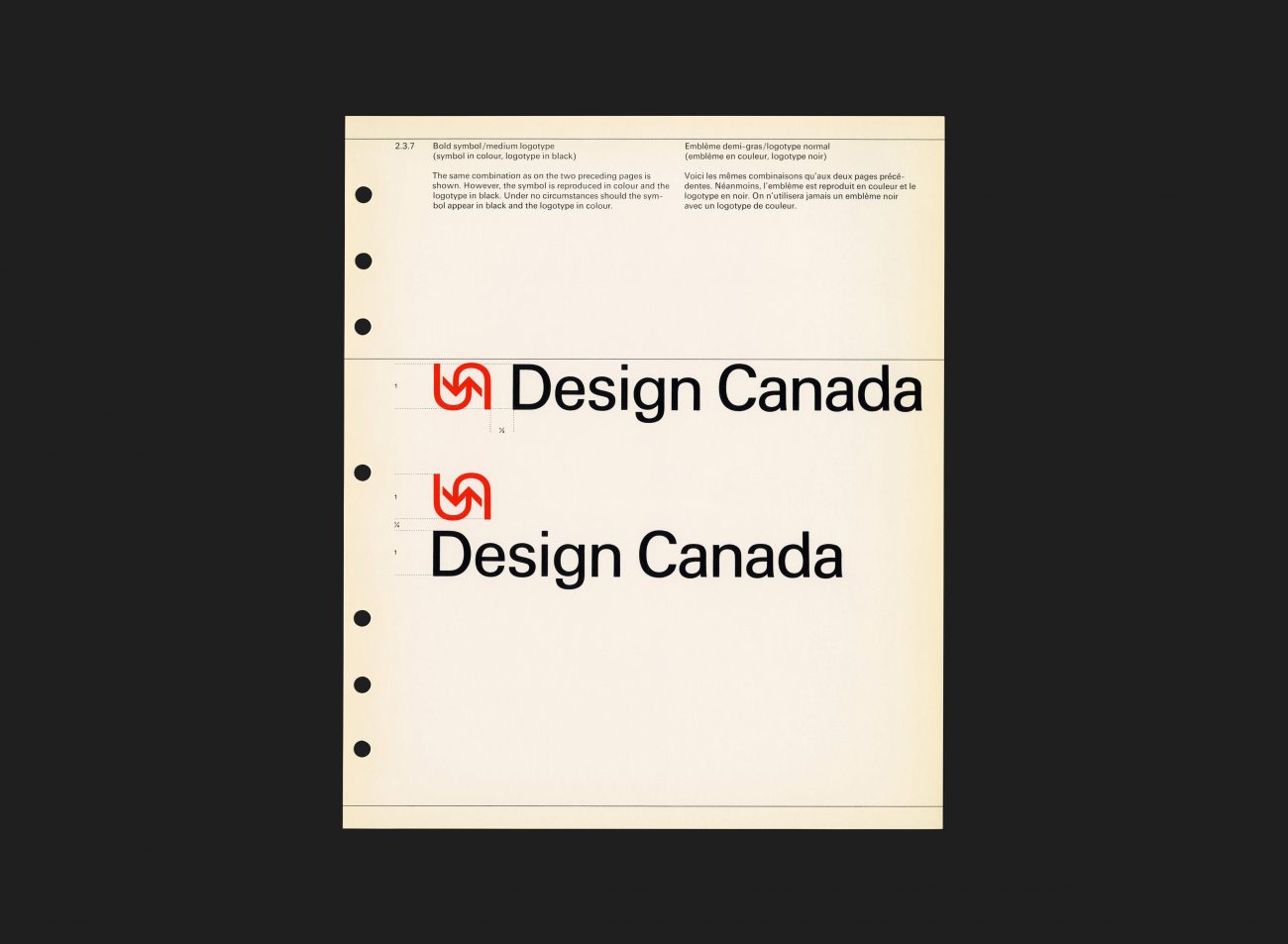 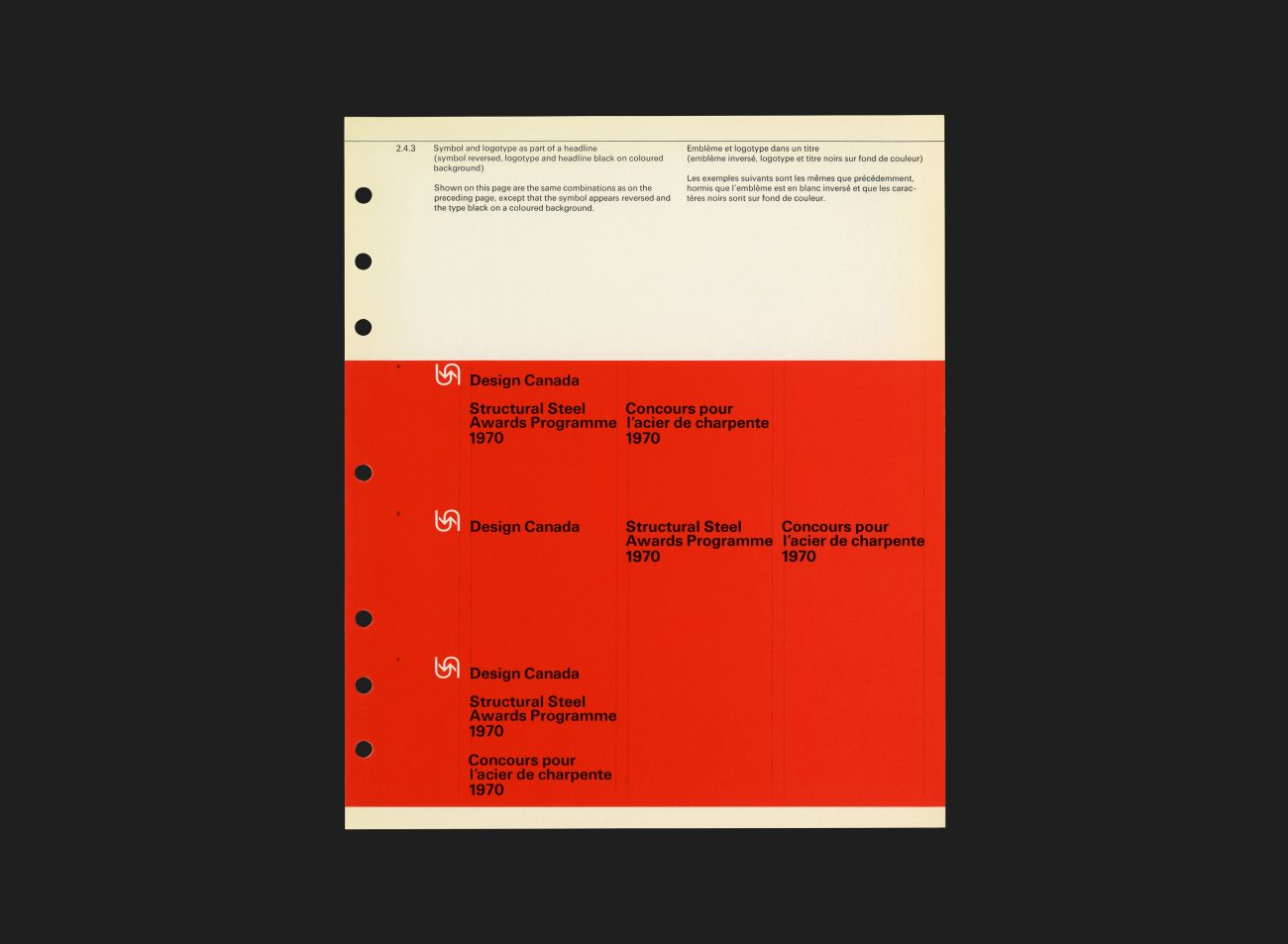 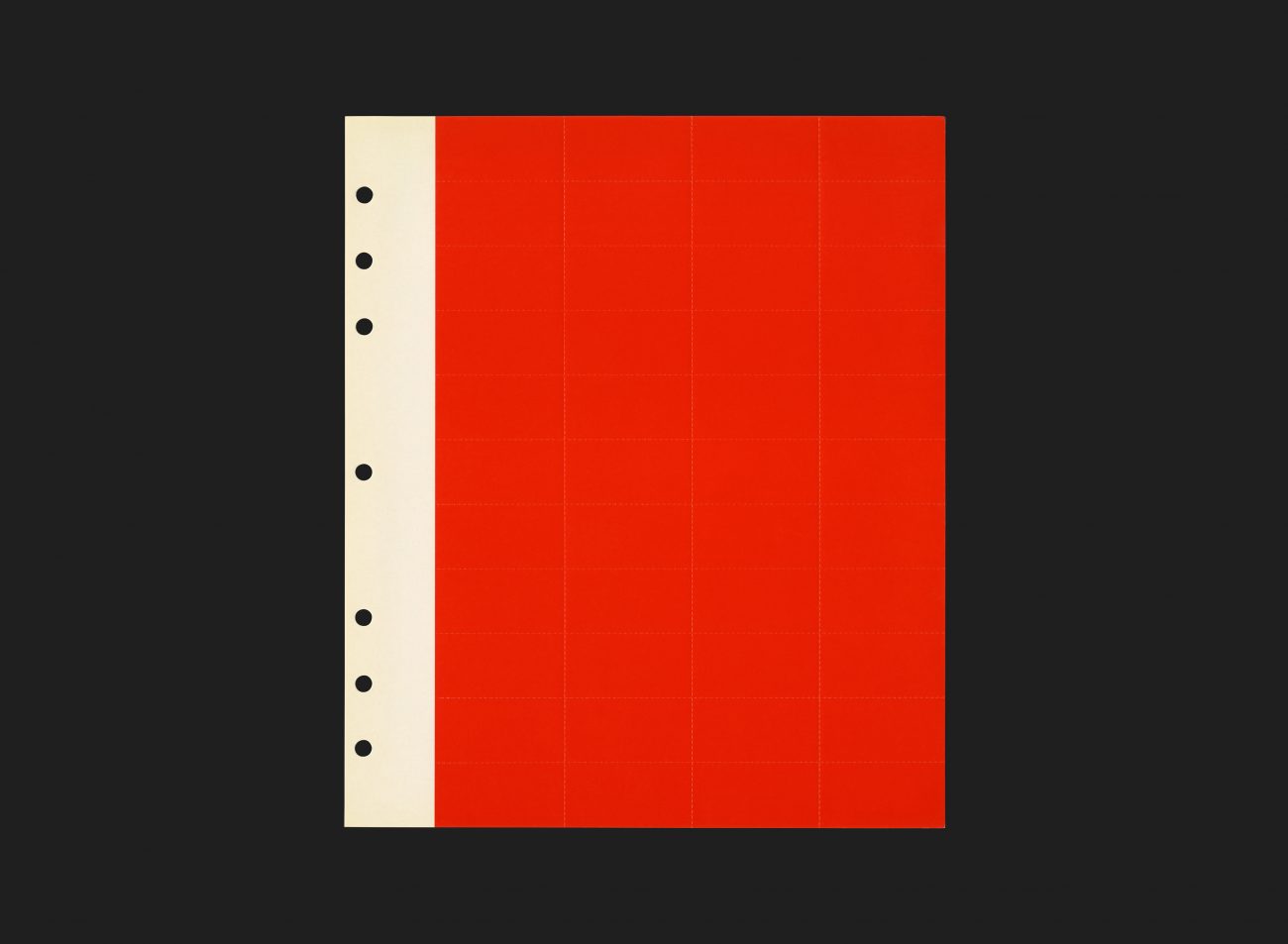 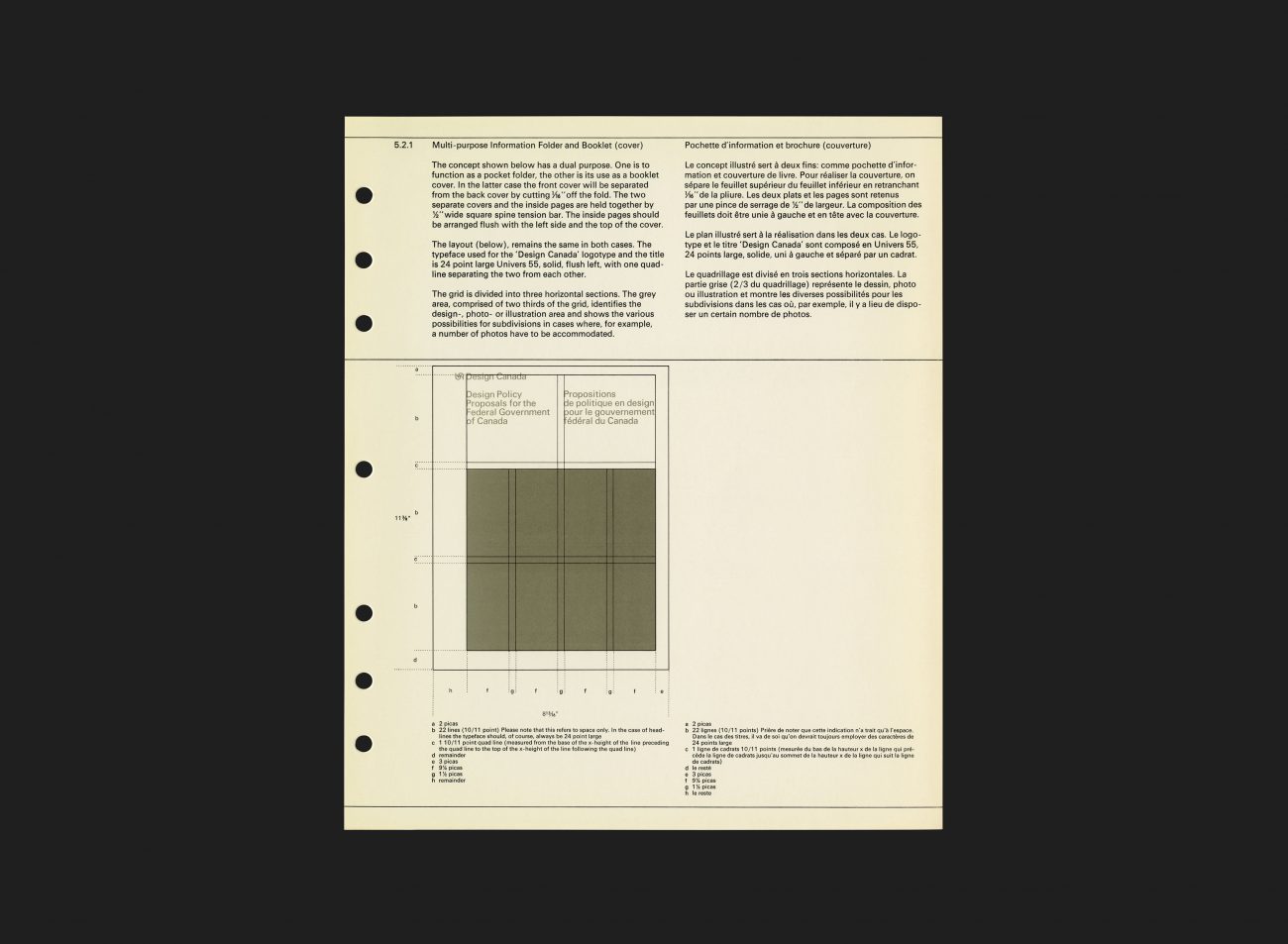 In 1964, whist employed as executive art director at MacLaren Advertising Company Ltd, Allan R. Fleming designed the symbol for the National Design Council (an initiative formed in 1961 and part of the federal government’s Department of Industry, Trade and Commerce), established to promote and expedite the improvement of design in Canadian products and business. Following its launch, the council saw increased growth of its profile and programs at home and abroad. So in an effort to improve communications with these audiences and to establish better recognition of the Council’s work, a co-ordinated visual identity programme was introduced. In February 1966, with the newly introduced corporate title, the ‘Design Canada’ symbol and logotype were officially registered as trademarks.

Design Canada worked with many of the most recognized graphic design studios of the time. Several of the council’s most iconic and well known publications (XIV Triennale Milan in particular) were created by two of the country’s most rigorous, detail driven designers — Rolf Harder and Ernst Roch (also known as Design Collaborative). It could be argued, perhaps, that Harder and Roch’s continued efforts played a fundamental role in the widespread acceptance that a distinct version of modern design could flourish in Canada. So it comes as no surprise that they should find themselves involved in this important work.

This artefact is a rare, softcover ‘sample edition’ of the Design Canada Graphics Manual. It is comprised of loose leaf, 7 hole punched sheets, and bound within an outer jacket by steel ACCO prong fasteners. The manual was otherwise, more officially released, within a hard cover binder. One assumes the main loose leaf sheets are one and the same and it was just the outer cover which varies.

From the introduction in the manual:
The objective of the manual is to guide all designers involved in the planning of visual communication material for ‘Design Canada’. For the programme’s successful implementation, it is necessary to carefully follow the directives outlined herein. However, to allow for flexibility and to avoid confining the designer’s creativity, numerous alternatives, as explained on the following pages, are open to them.

The programme has been developed to assure a consistent and effective use of the National Design Council symbol and its various forms of application in conjunction with the’Design Canada’ logotype and type in general.

It should be noted here that the symbol underwent a minor revision to match its character with that of the typeface chosen for the logotype (Univers 55 or Univers 65, upper and lower case). Therefore, all master reproductions of the symbol’s previous version should be destroyed. Under no circumstances may the reproduction copies of the symbol and logotype contained in this manual be altered or any changes be made in the relationship between the symbol and logotype.

The symbol is available in two weights: Medium and Bold. Each weight has two versions, for small size and large size reproductions, the difference between the two being the degree of incision at the arrowheads. The two versions with the more pronounced incisions are for sizes between ⅛” and 2″ deep. The two versions with the less emphasized incisions are for large size reproductions, between 2″ and 10″deep.