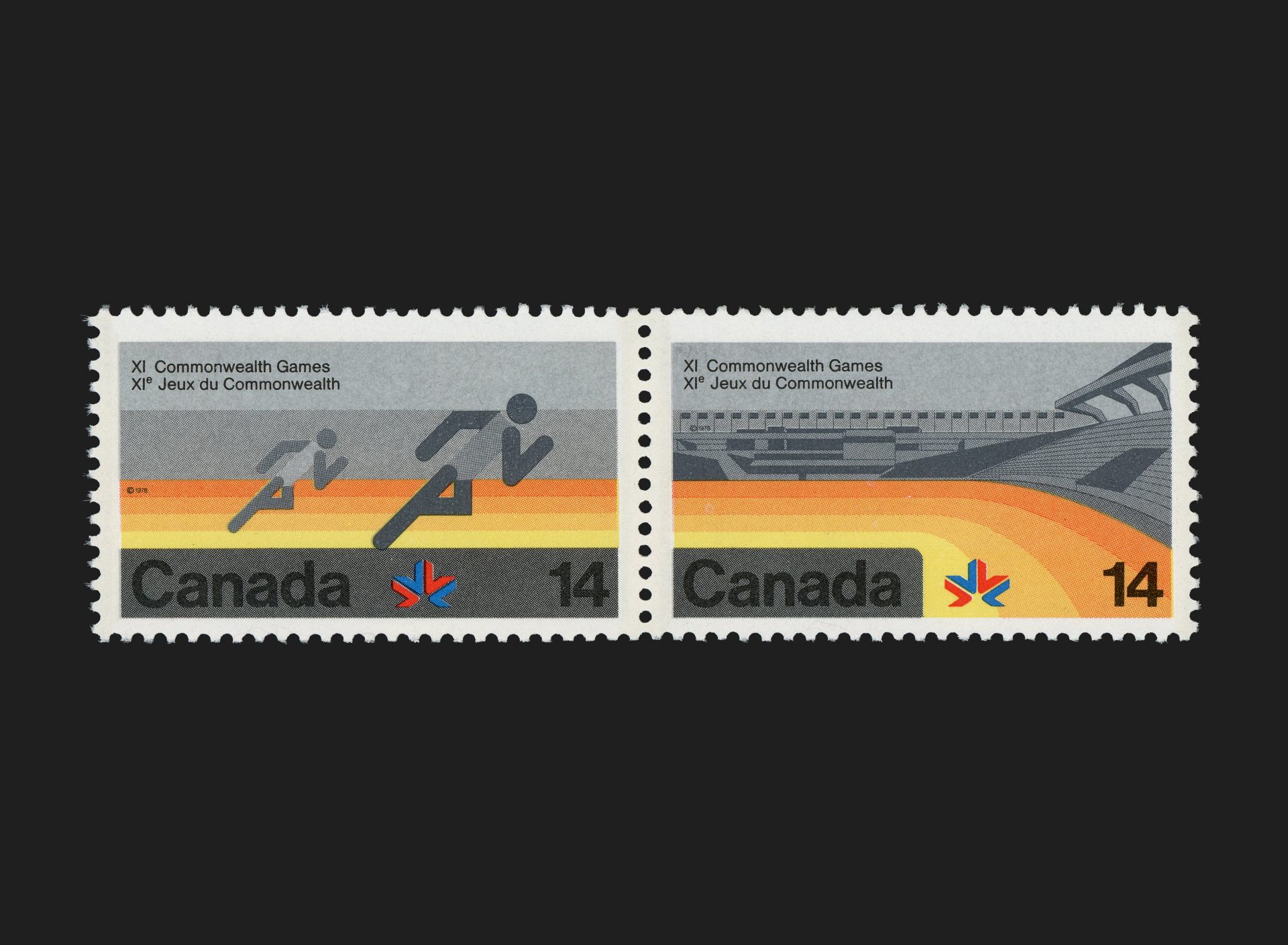 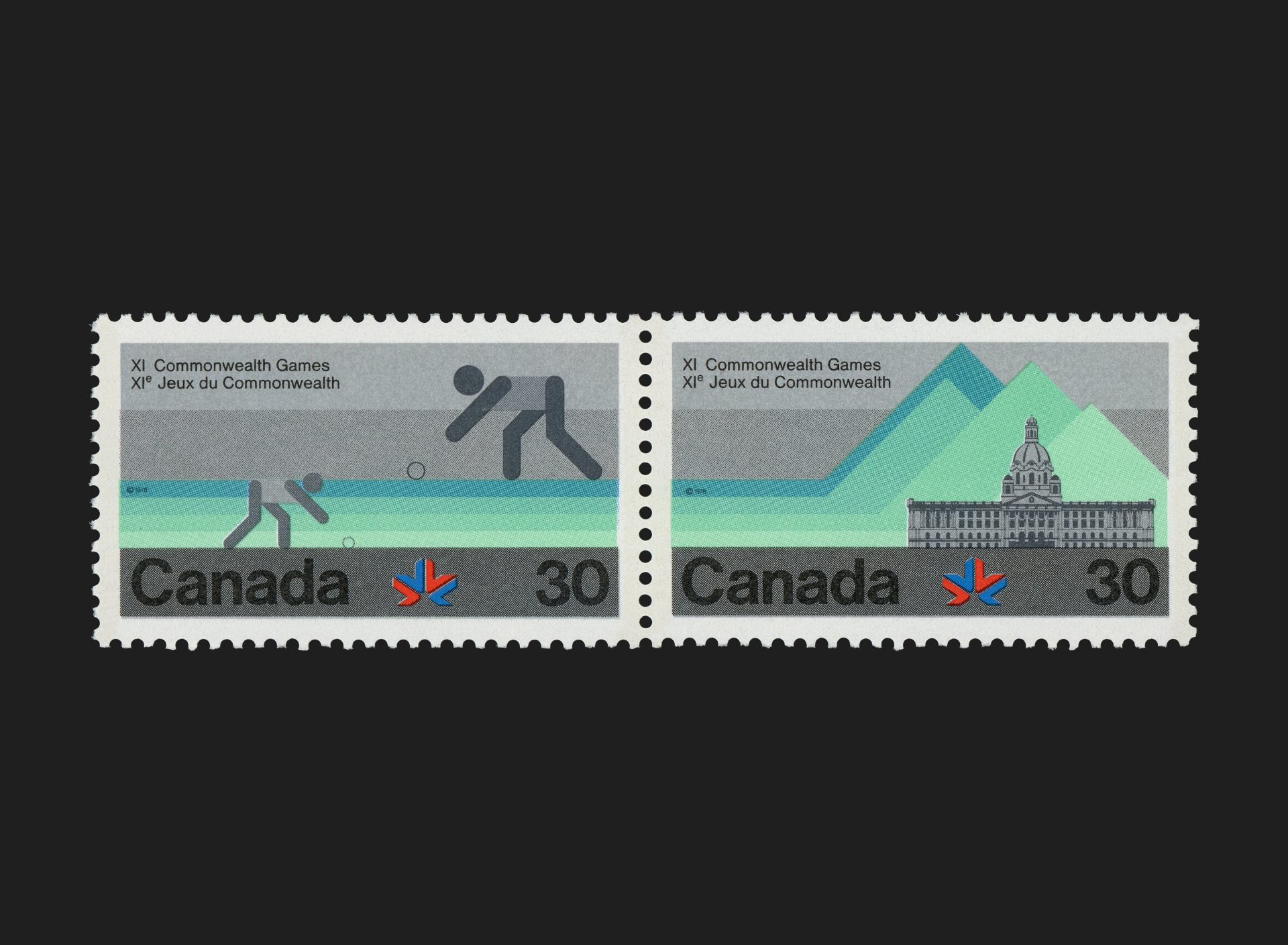 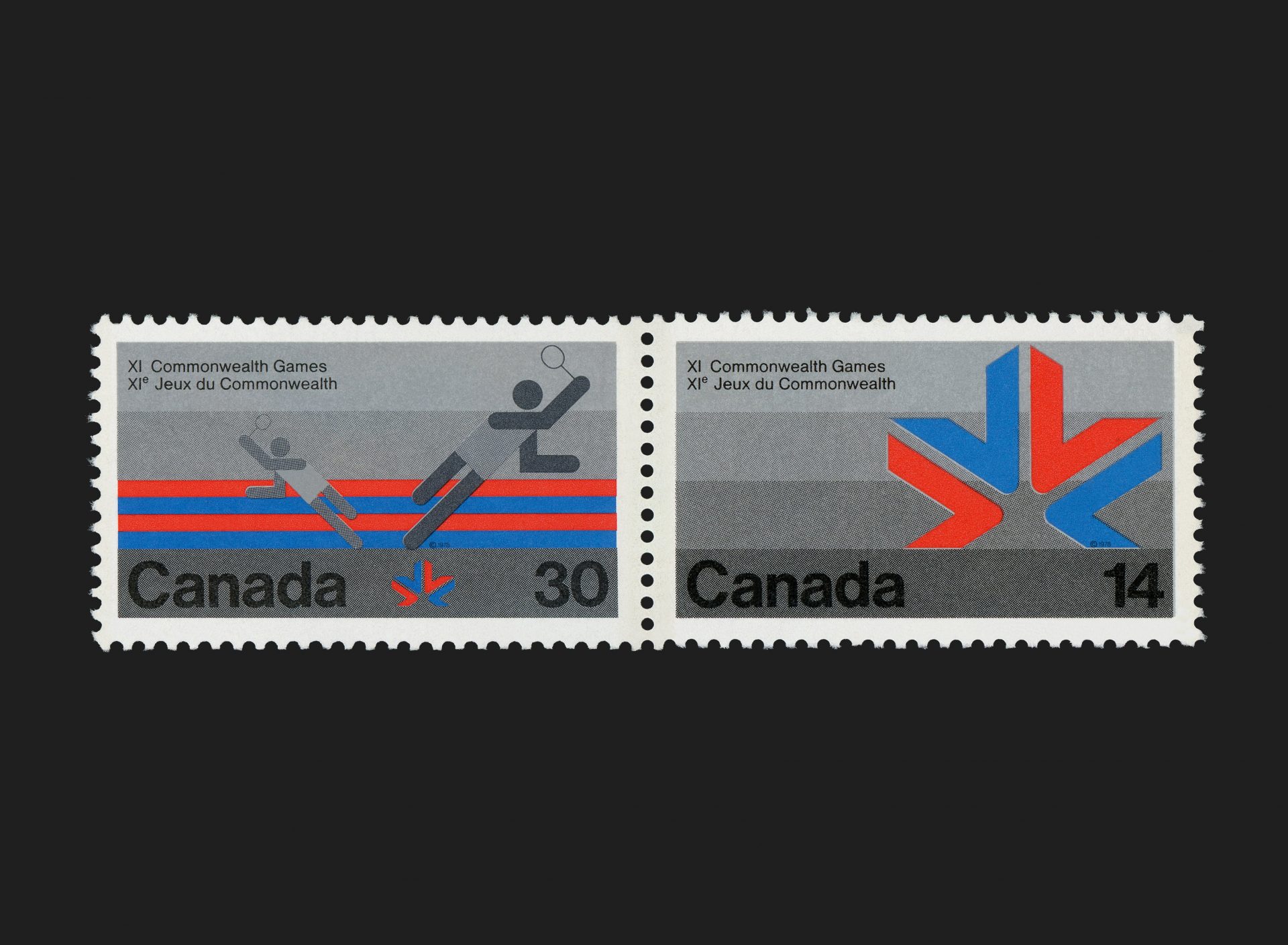 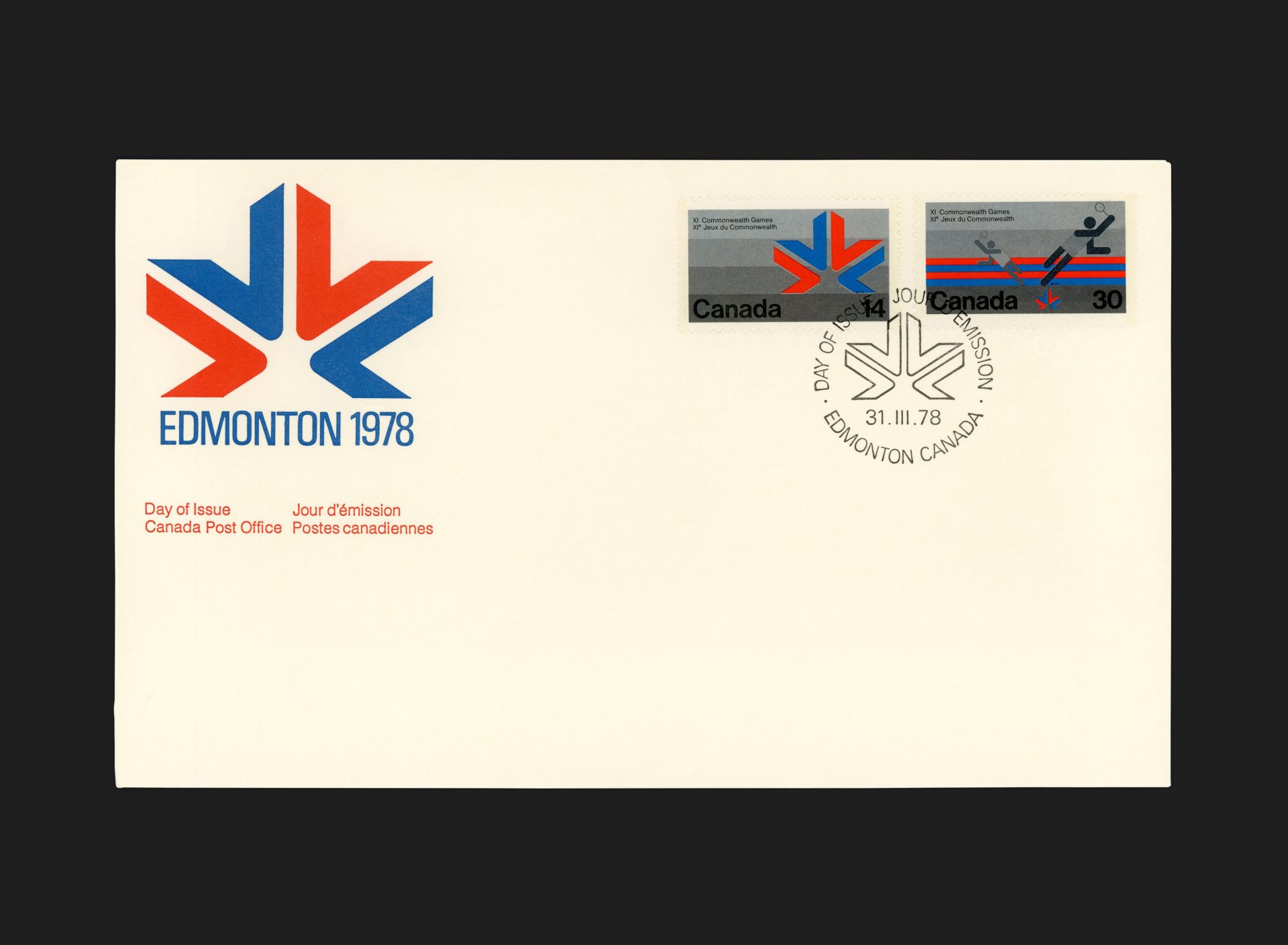 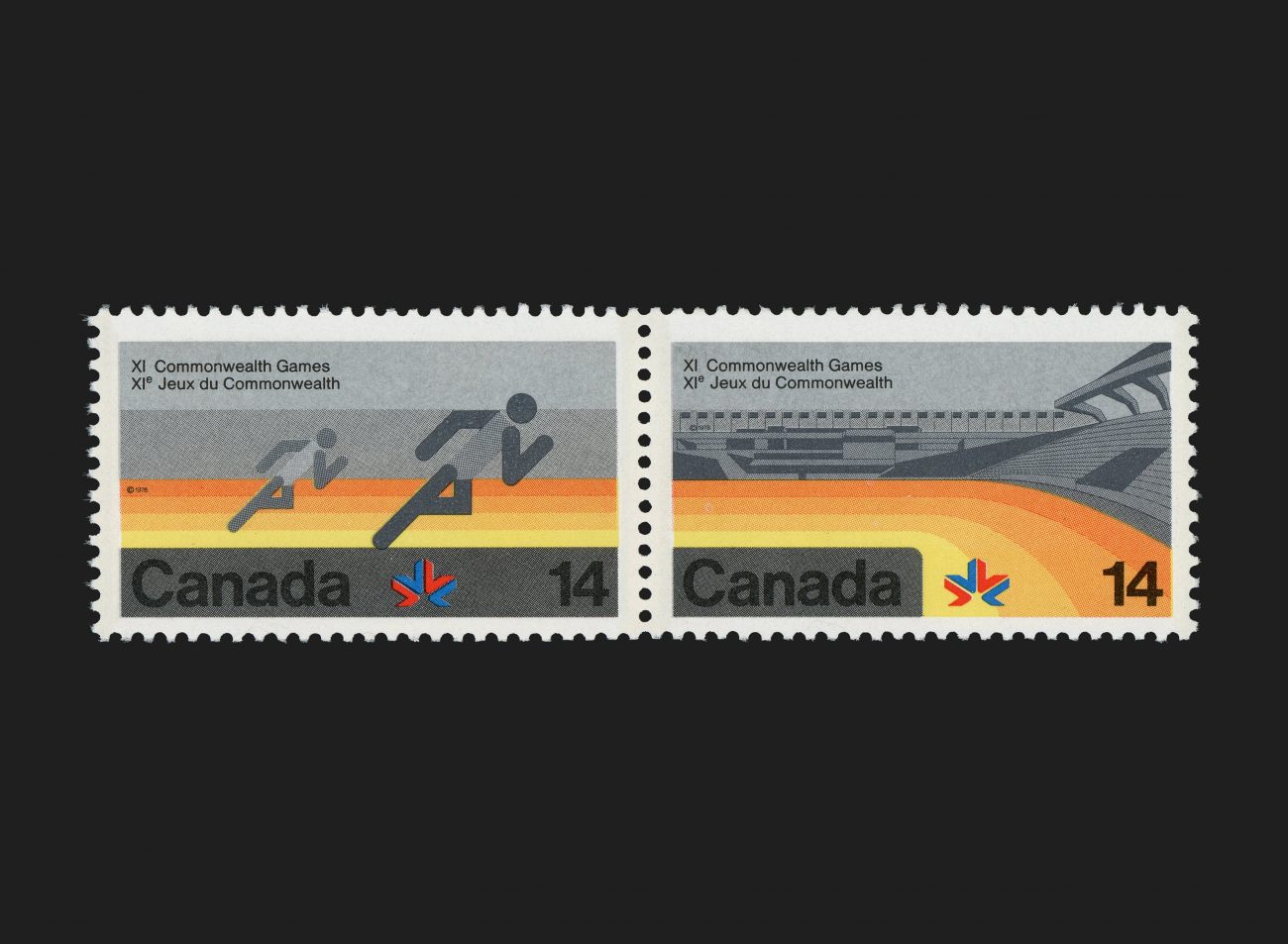 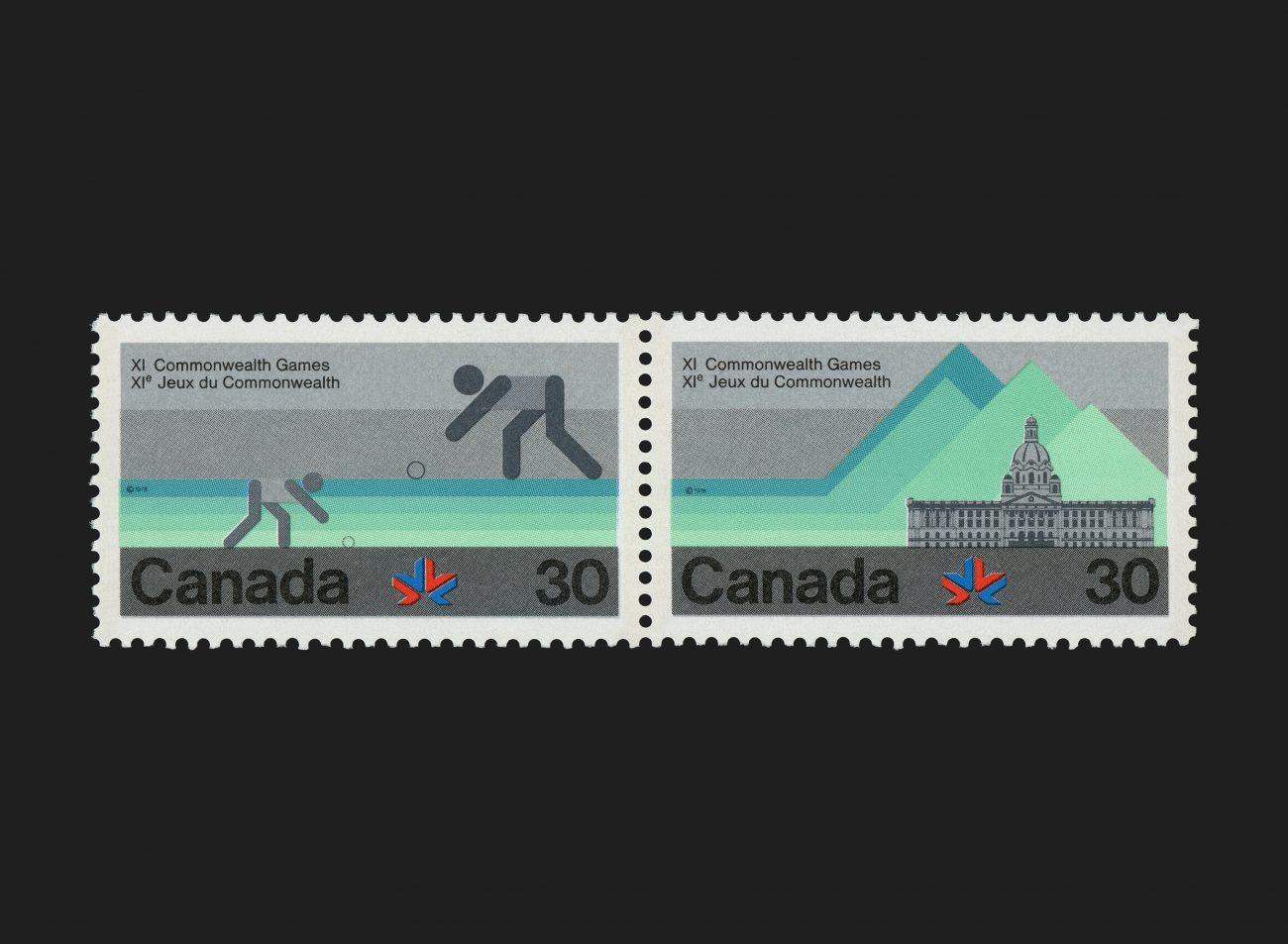 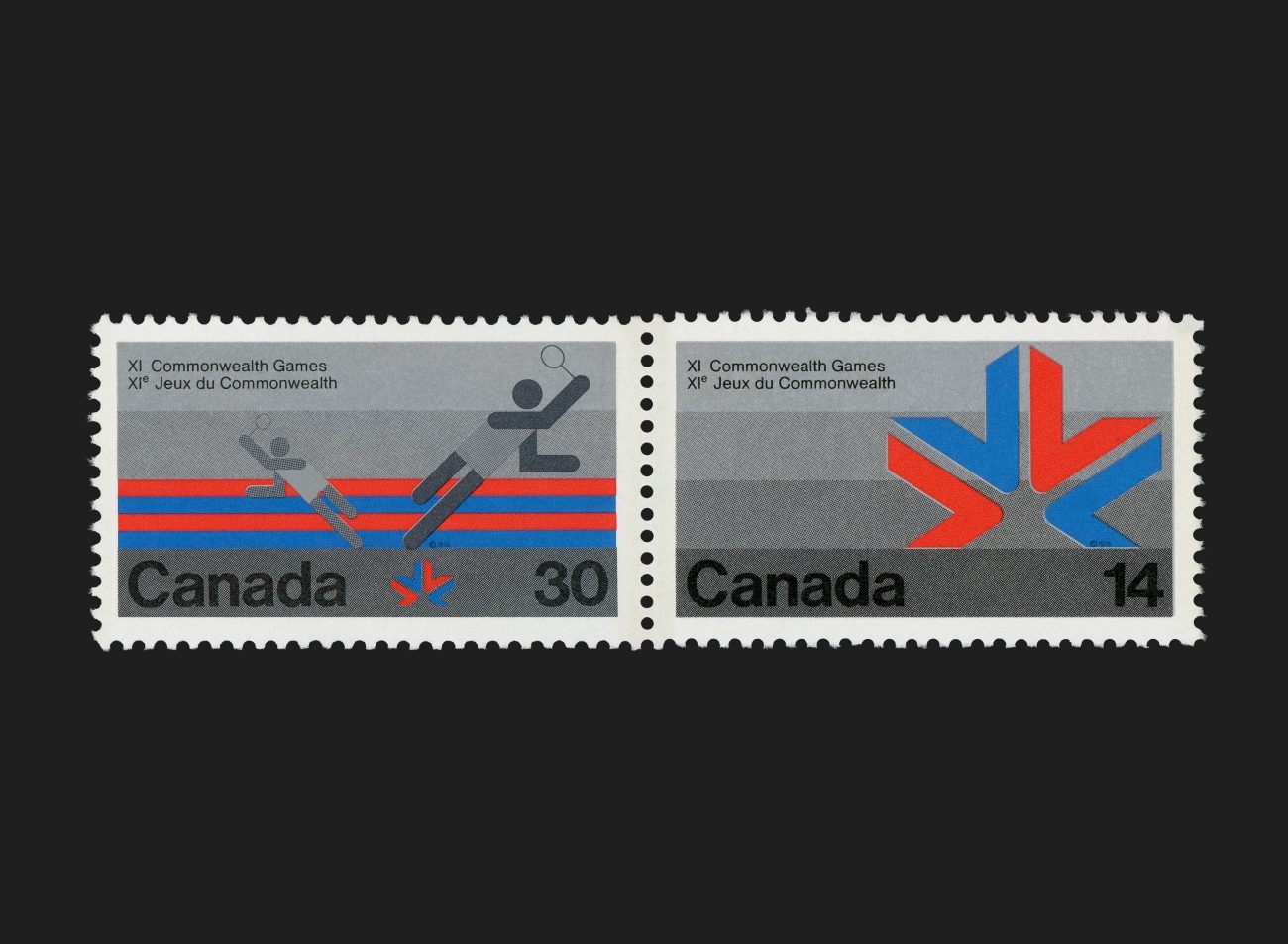 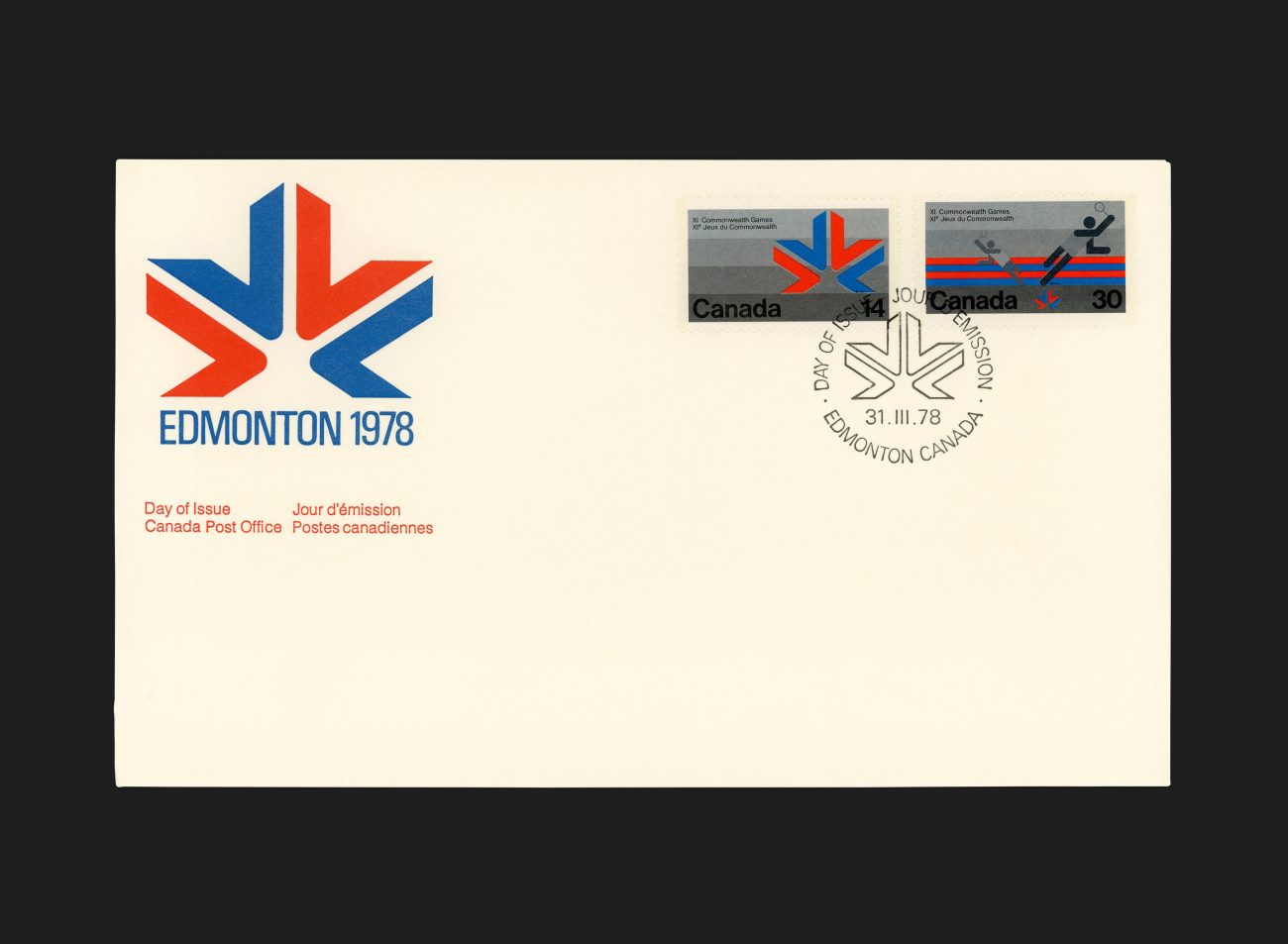 The 11th Commonwealth Games, held in Edmonton in 1978, featured cycling, weightlifting, badminton, wrestling, boxing, swimming, shooting, bowls, and track & field, including a marathon. Canada had the opportunity to choose a tenth sport for 1978 and selected gymnastics.

The stamps were released as a series of six — 3 X 14¢ and 3 X 30¢. Each designed to work in colour aligned ‘se-tenant’ pairs each set against an elegant background of horizontal bands of silver and grey, common to all.

The games symbol, designed by Edmonton designer Michael Prytula, is derived from four elements: The Canadian maple leaf; the Union Jack (with the red, white and blue colours of the Commonwealth); converging arrows depicting movement to Edmonton; and a series of V’s symbolizing the efforts of volunteers who make the Games possible.