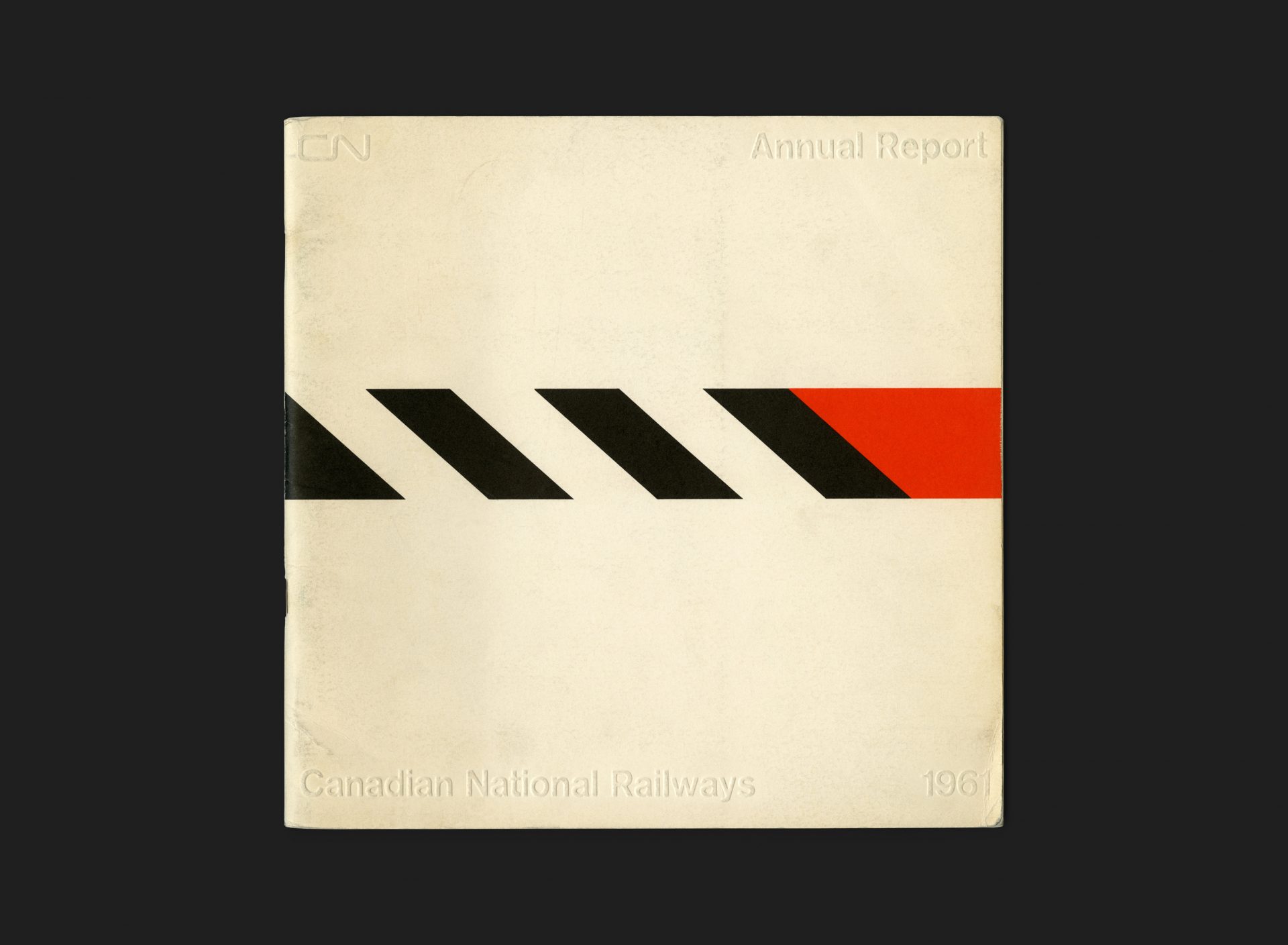 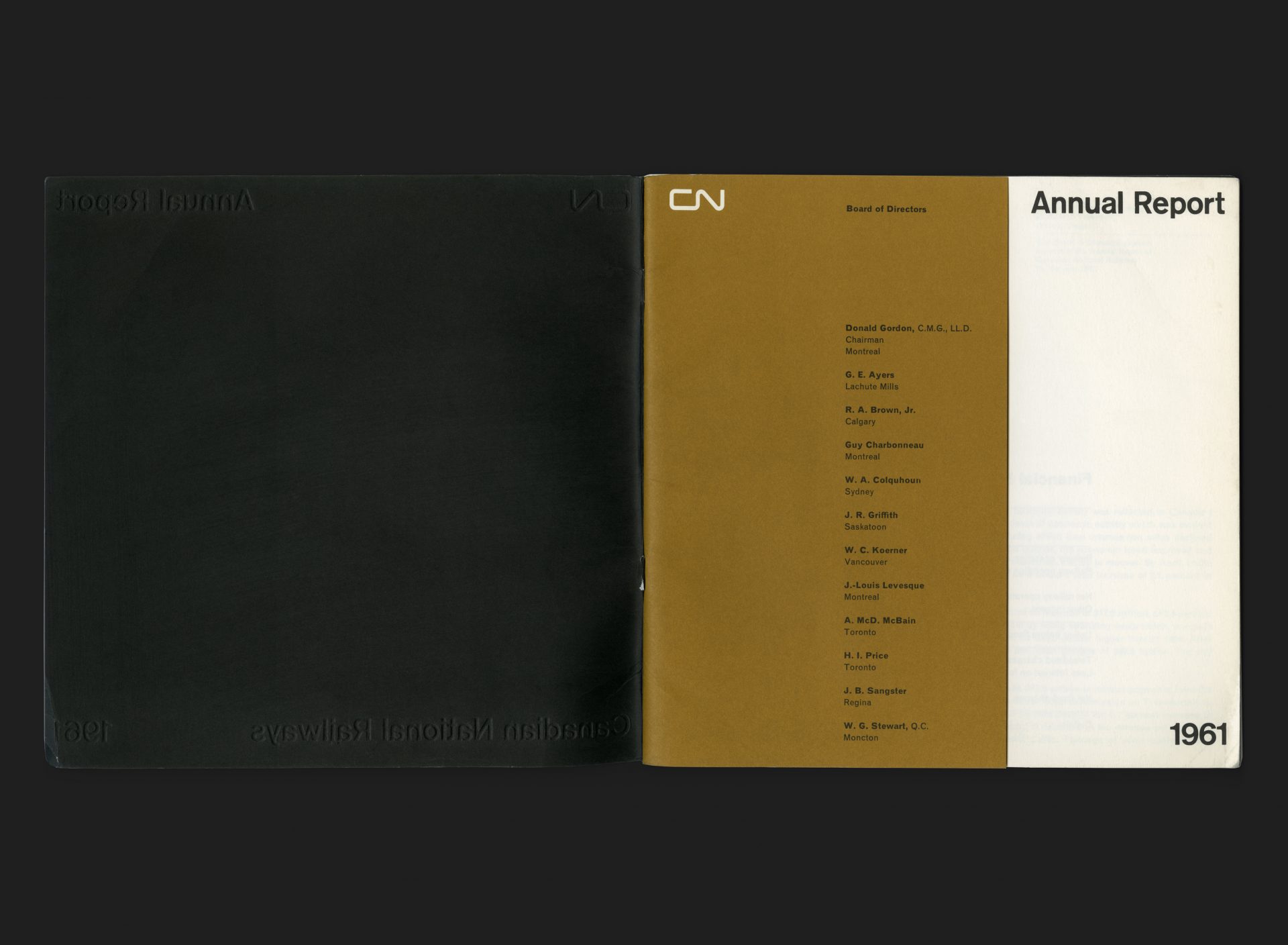 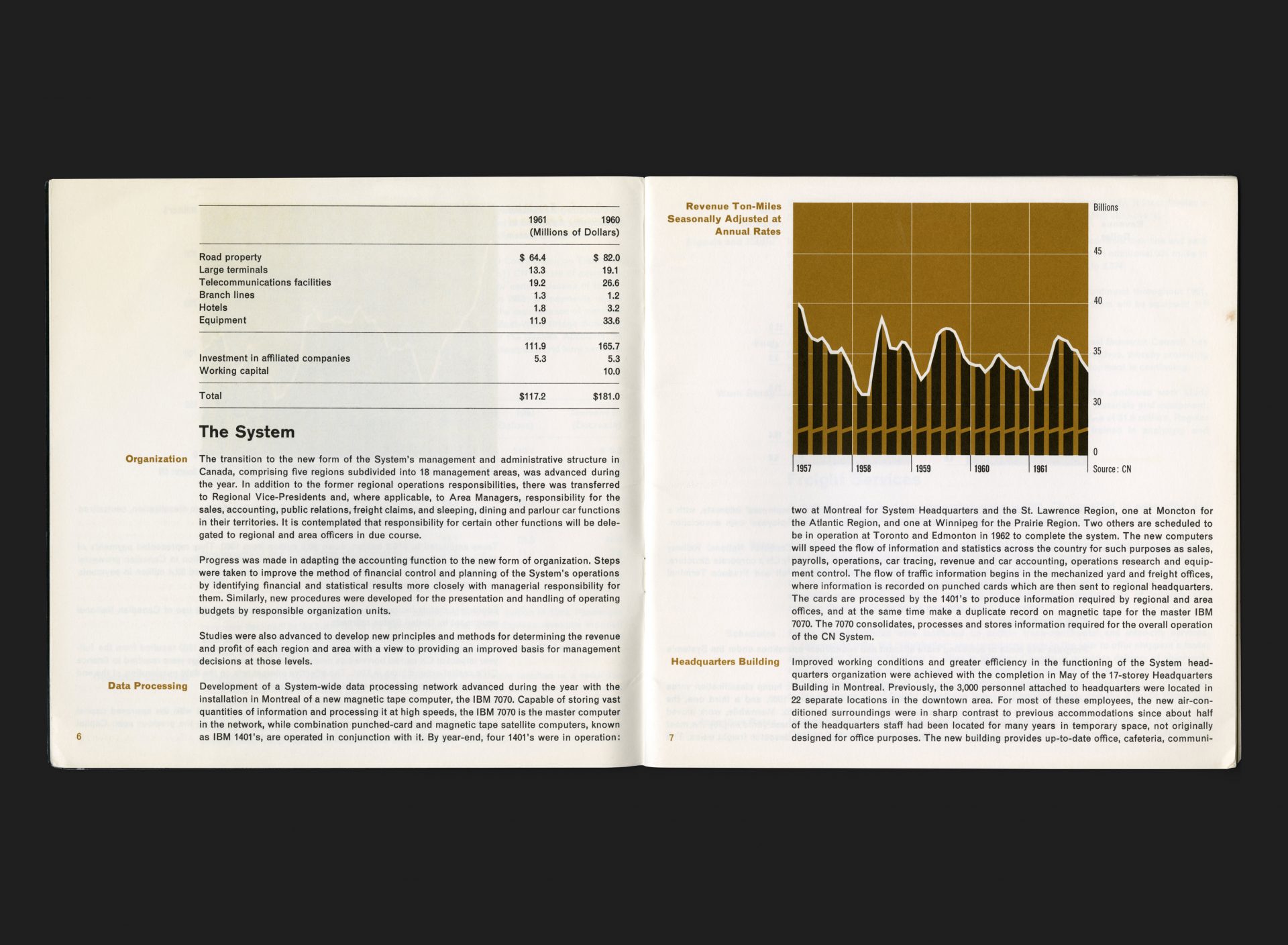 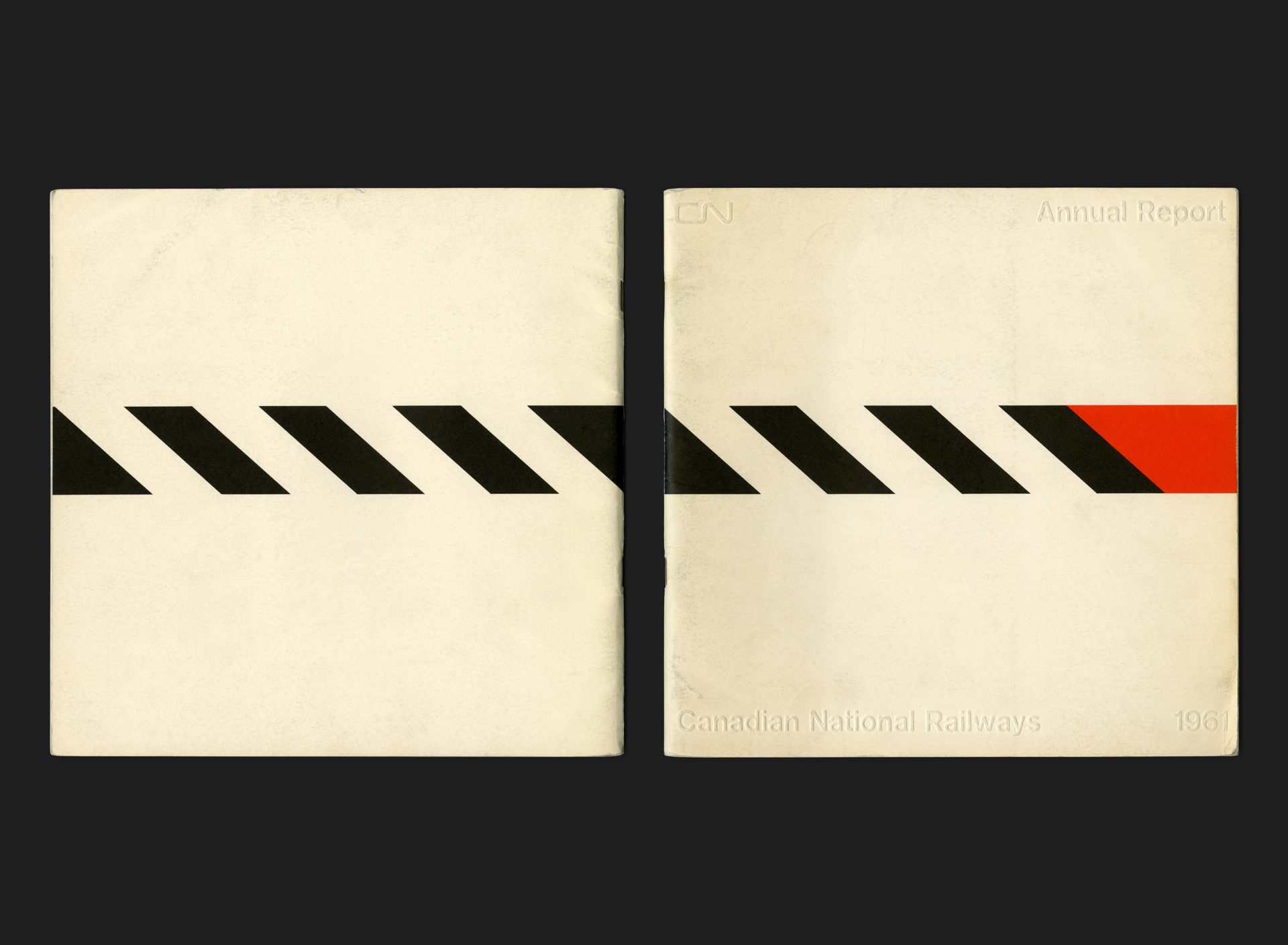 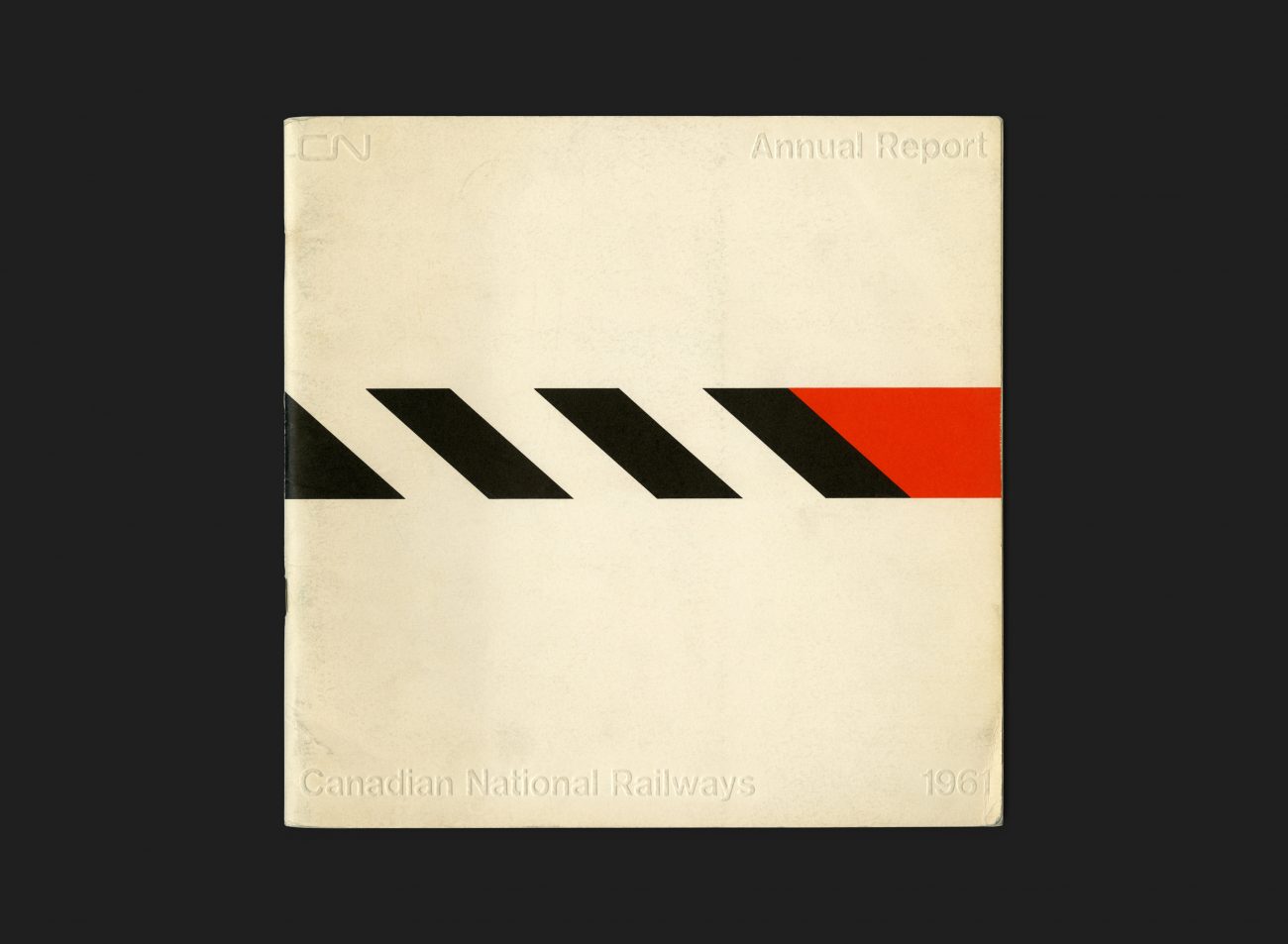 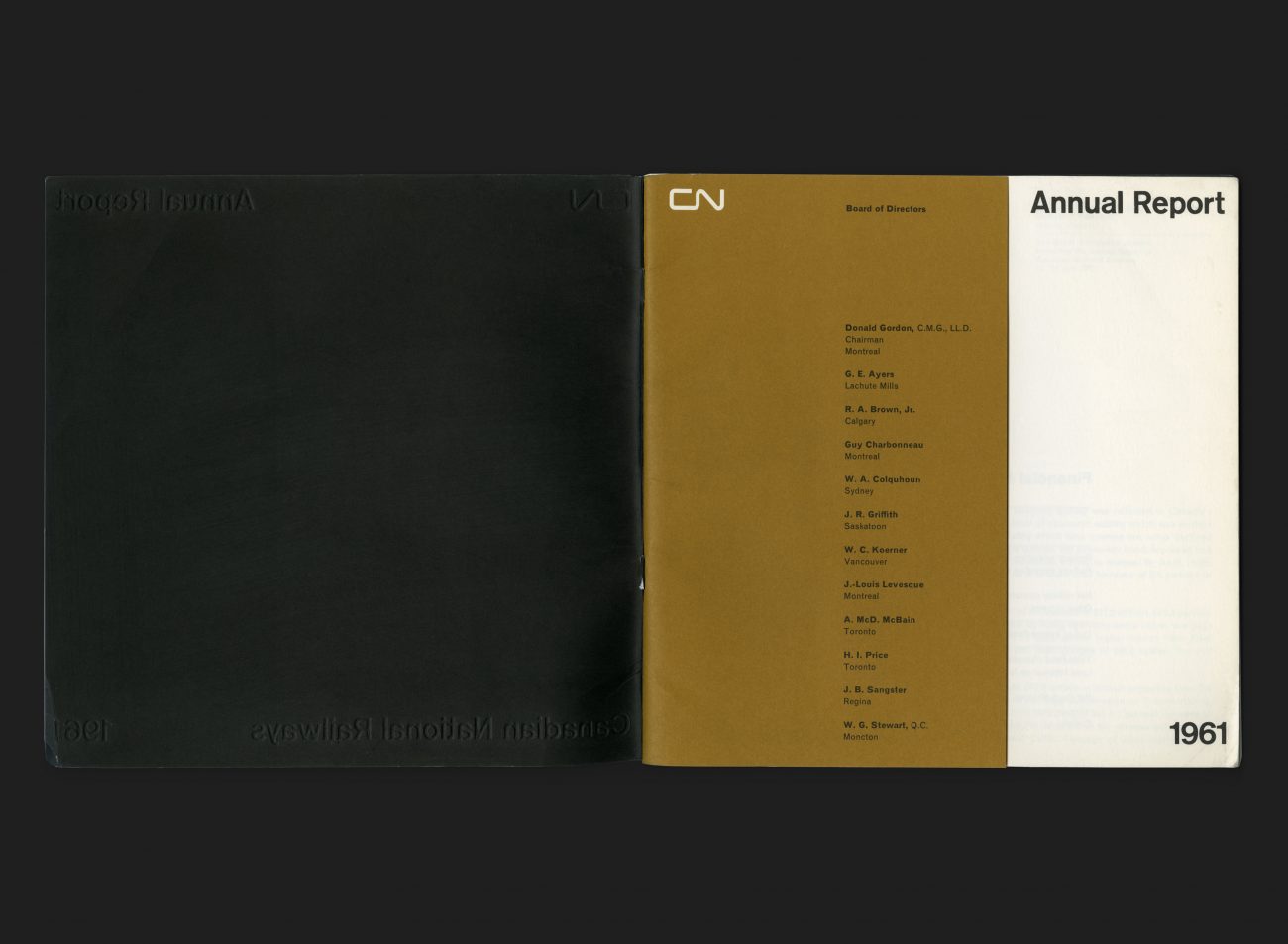 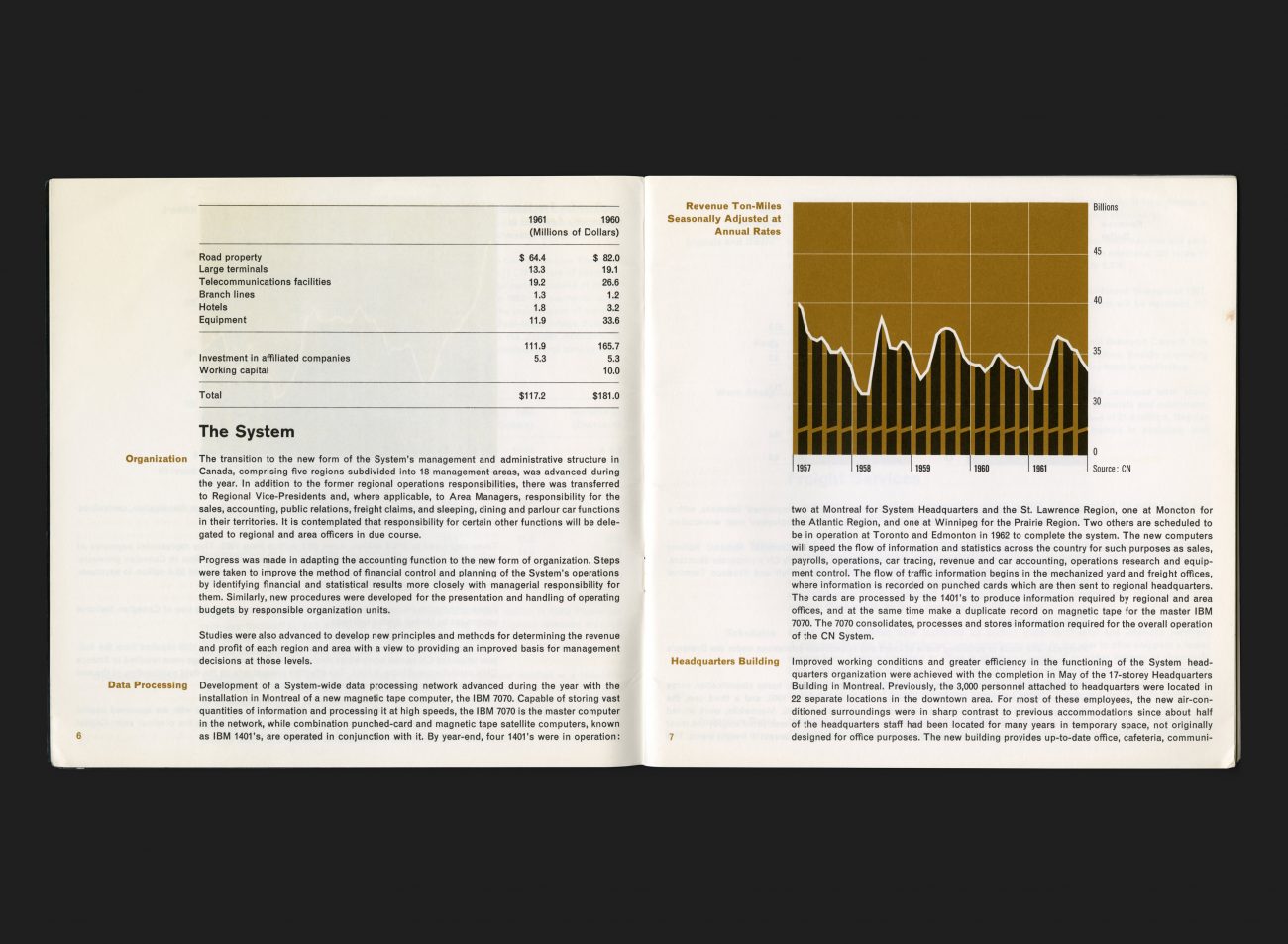 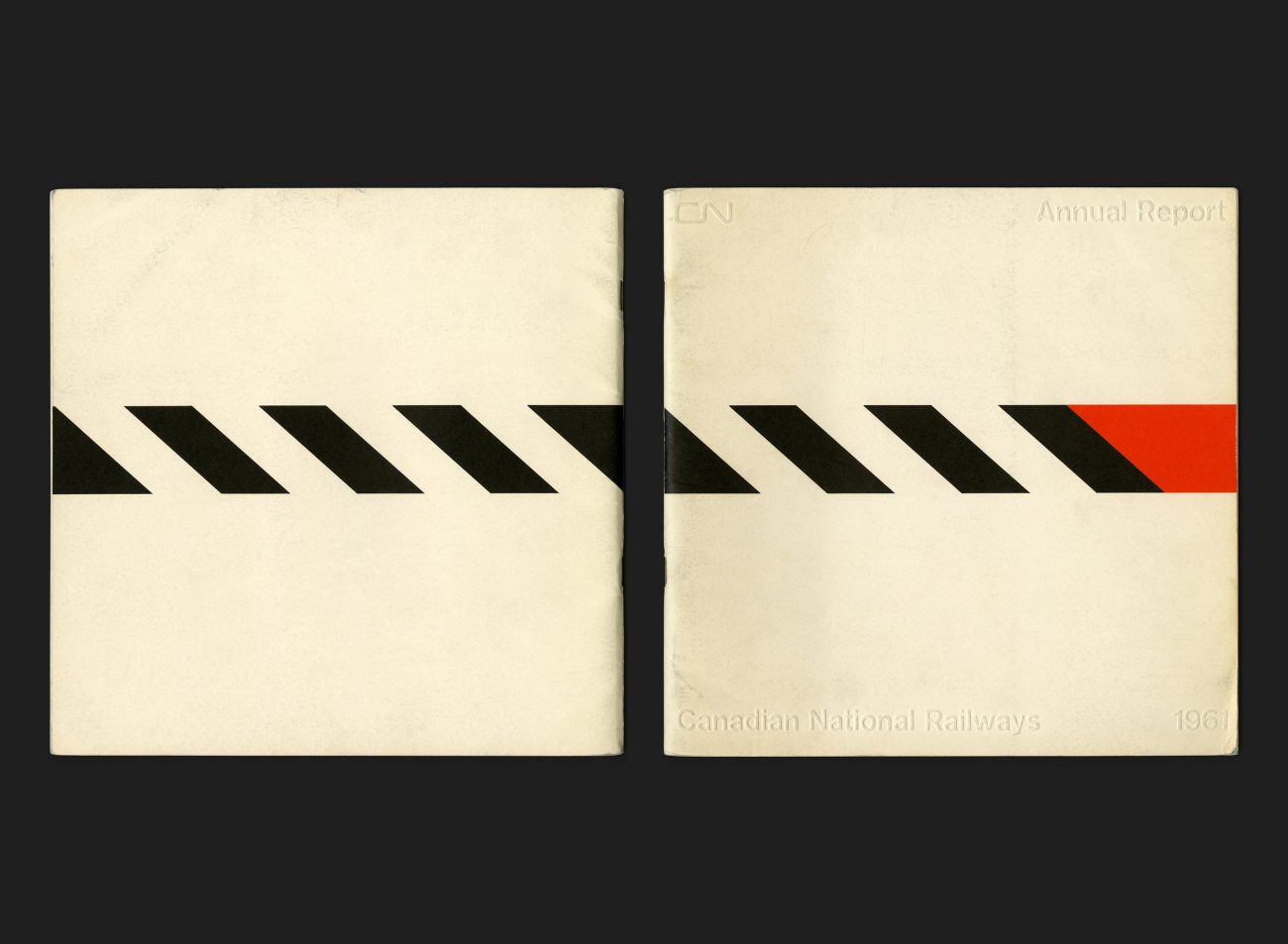 This annual report was published in 1962 and covers the first full year of trading after the launch of the new identity in 1960. This had been a challenging year for the rail system, and a degree of restraint was most likely required to avoid negative impressions of waste or profligacy. Doerrie was appointed to the new Montréal office, opened by James Valkus specifically to service CN’s requirements (Valkus himself was based in New York City). The office later became known as Gagnon/Valkus, and was responsible for many important identity projects for clients including Go Transit and Hydro Quebec.

“Gagnon-Valkus (was) a partnership of Louis Gagnon and Jim Valkus… The office occupied a beautiful old stone house near the waterfront in the old city. A gut renovation had created a thoroughly modern interior in the ancient building. The reception area said it all: two pairs of Mies chairs on either side of a white flokati rug. The loft studio had lovely dormer windows that looked out over Rue St. Catherine, winding through the old city.” From ‘Remembering Expo 67‘ by Sue Glould.

The cover design is simple and recreates the diagonal stroke pattern and bright red section that is the hallmark of the design on the actual locomotives themselves. Text is anchored to the four corners and features a blind emboss (no ink) to preserve simplicity and elegance in the final execution. Apart from the flash of red on the front cover, the colour palette for the remainder of the document is predominantly black and gold.