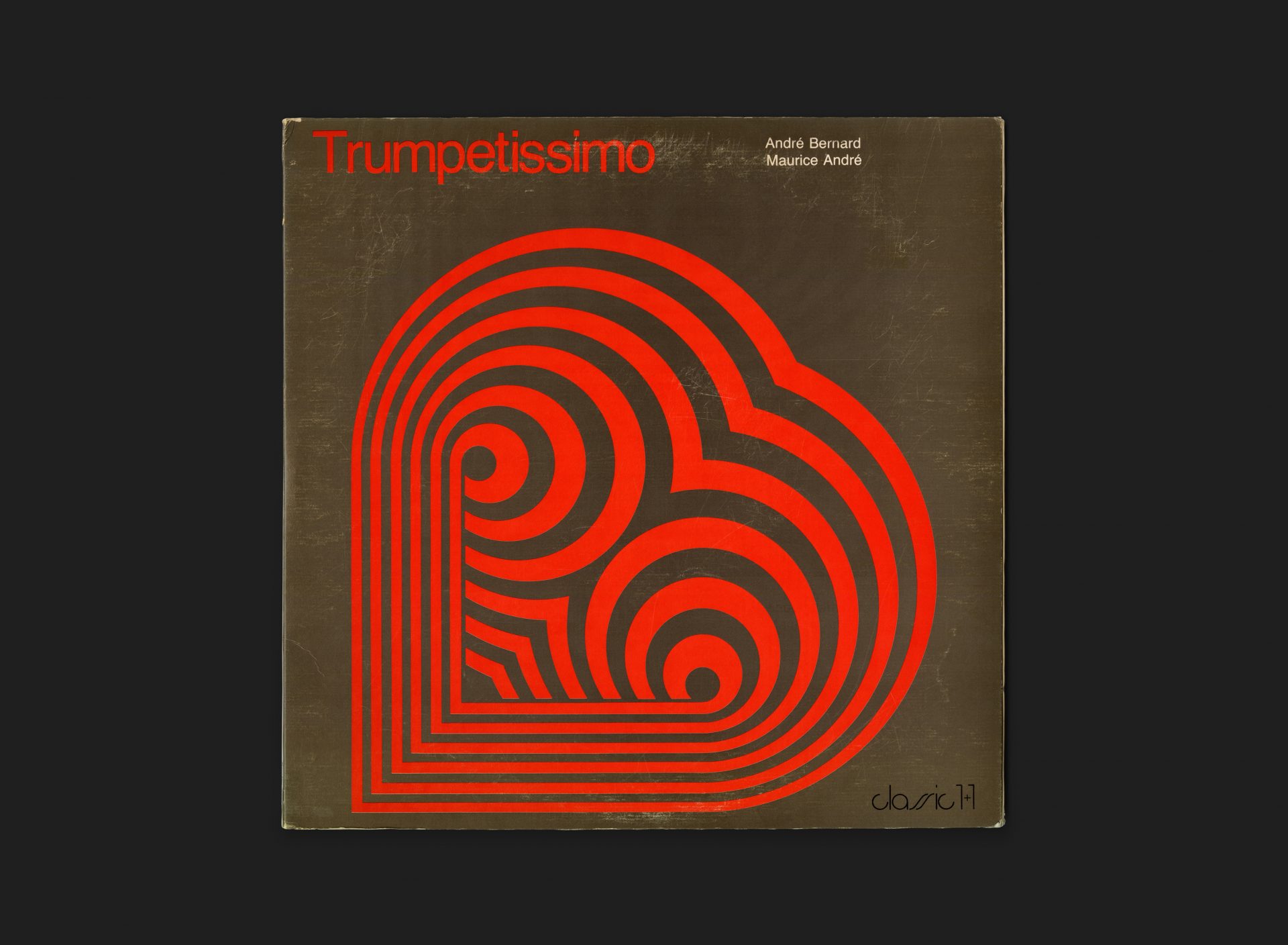 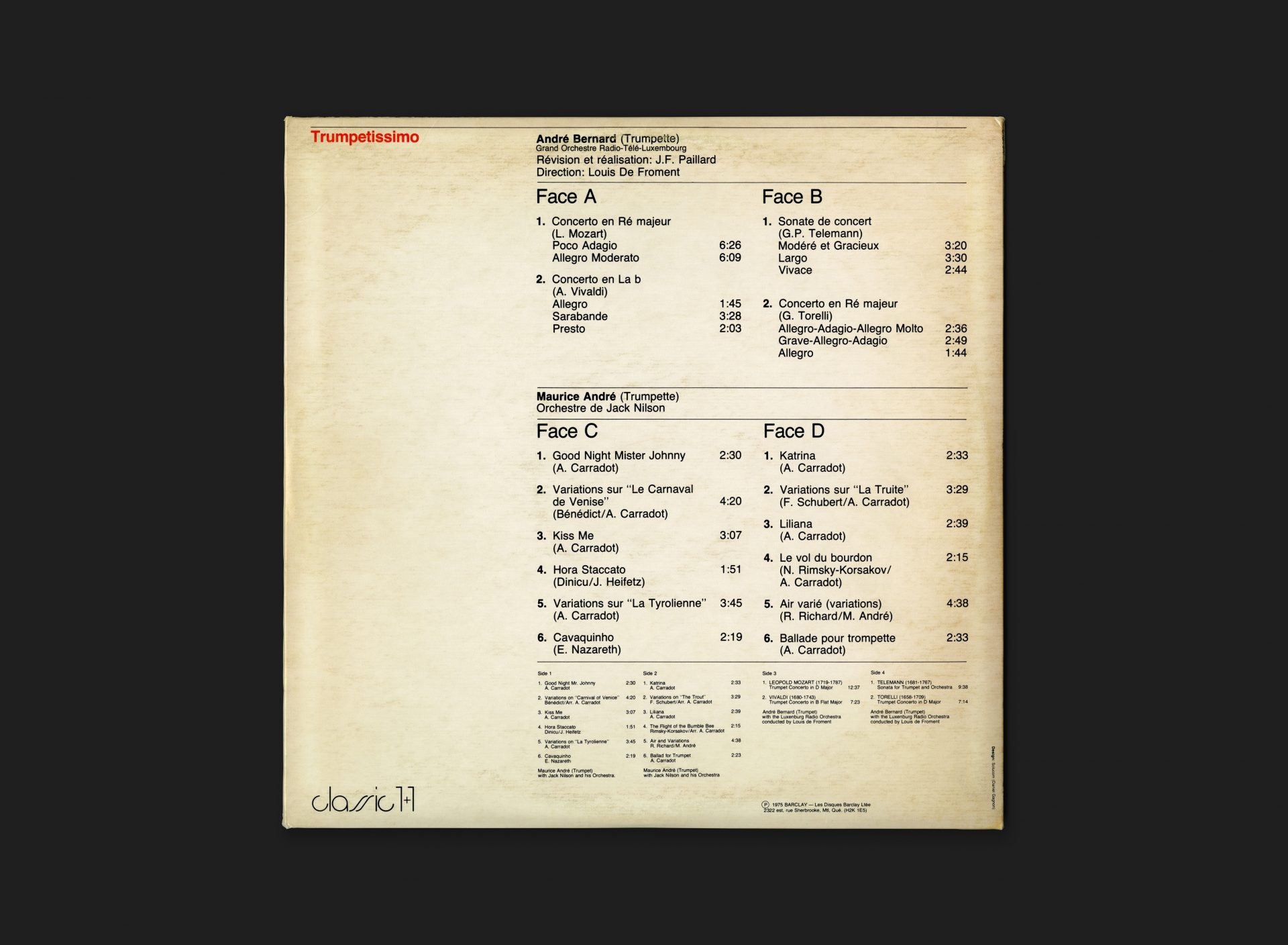 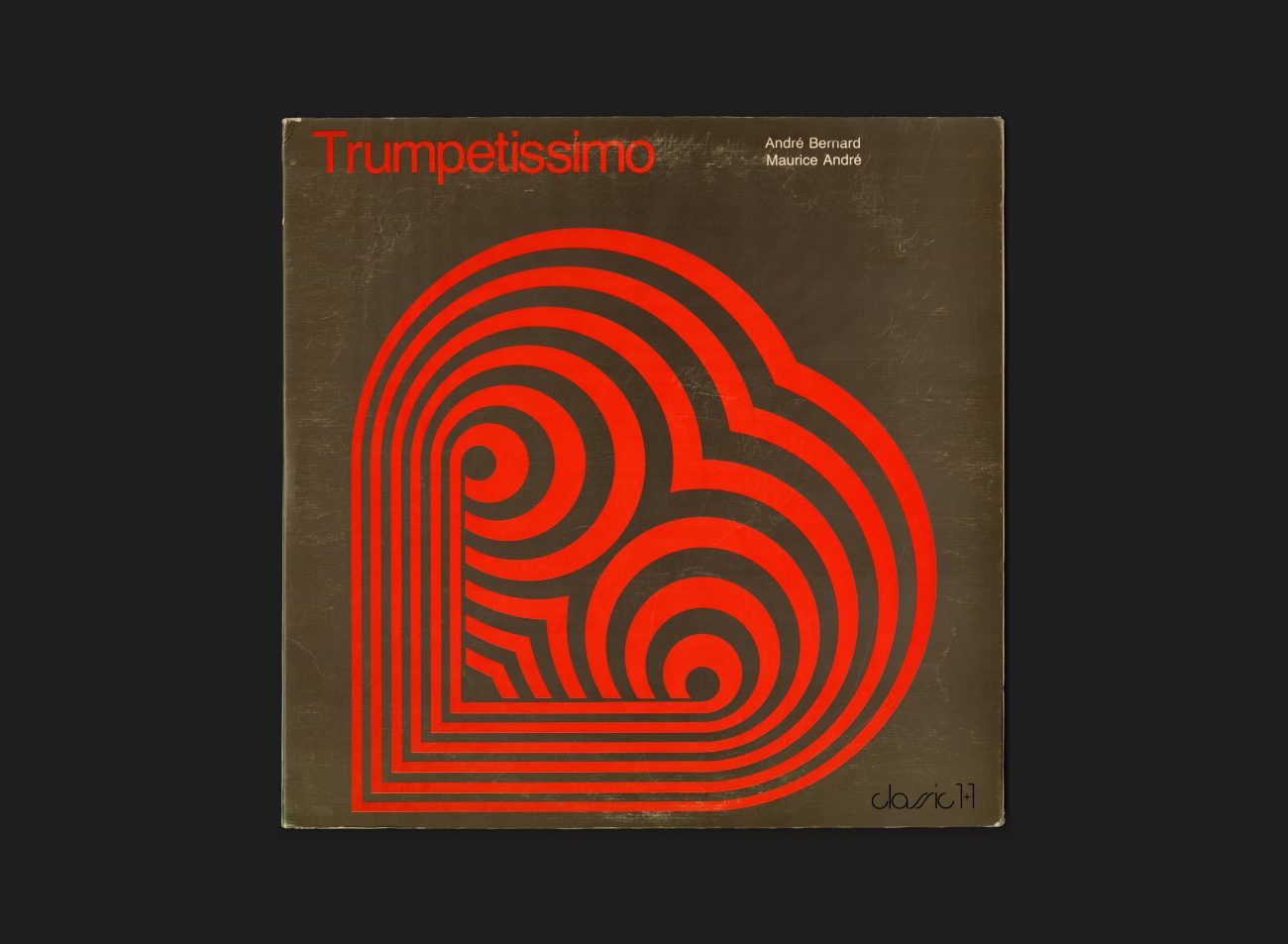 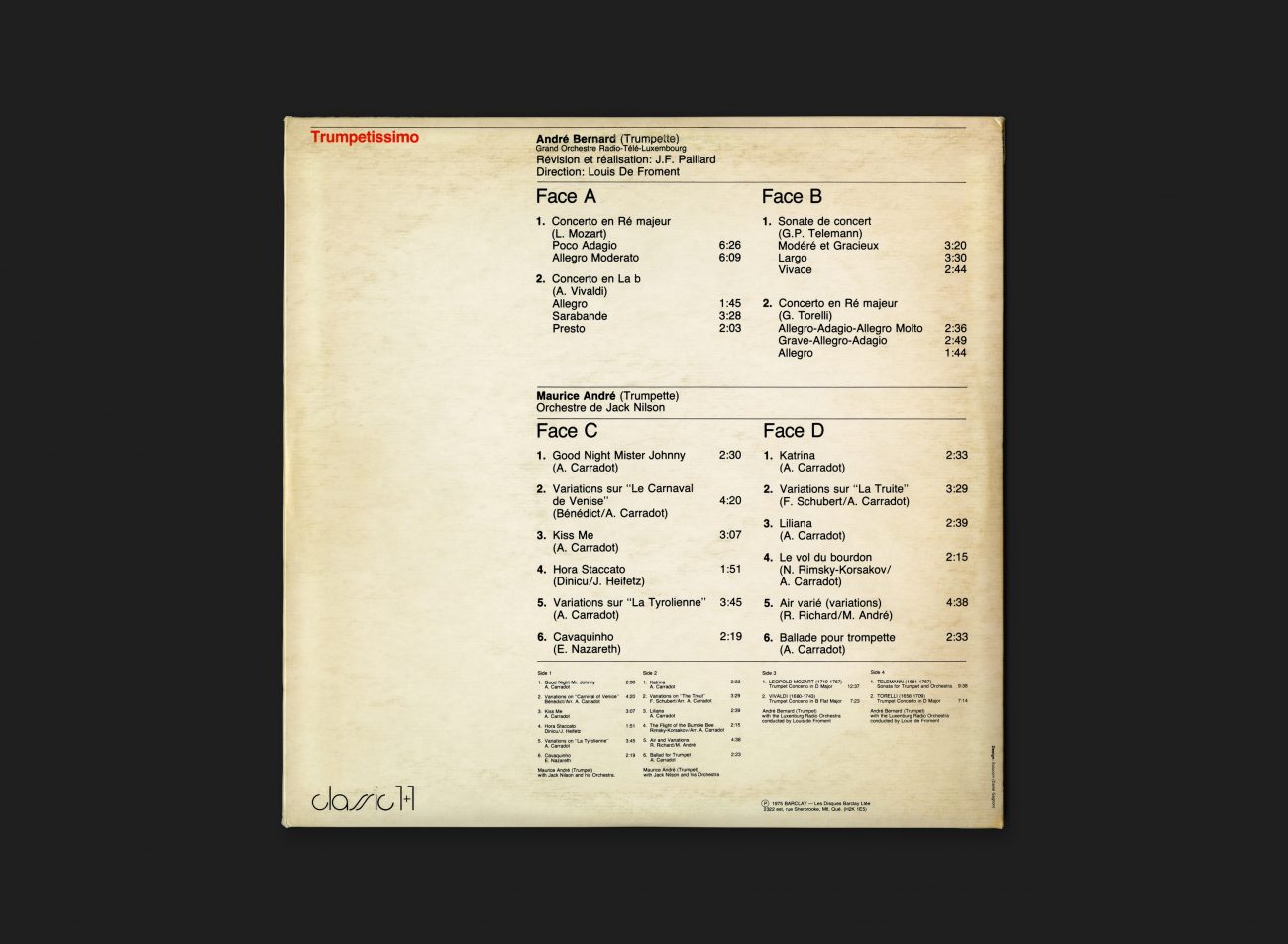 A double LP forming part of the Classic 1+1 series released on Barclay Records in 1975. Aimed at the adventurous listener, these albums were carefully programmed to encapsulate the enterprise of music —  the discovery of new ideas and new forms of expression, personal, profound, exciting, fulfilling. Trumpetissimo, as the title implies, provides a soundscape of the golden age of trumpet music. Record 1 deals with the art of the baroque trumpet, and Record 2 with Twentieth Century employment of the trumpet as interpreter of folk songs, popular melodies and variations on beloved and familiar tunes from different periods.

The cover art for this title fits into a system of geometric designs used as a foundation across the entire series. Trumpetissimo employs a large red pulsing heart graphic as its main visual device, set upon a brown background. Symbolism of trumpet bell forms and the vibrations of bright tones associated with the instrument, further amplify the LP’s theme. Typography throughout is set in Helvetica, with the back cover and inside gatefold (not shown) set on a 3 column typographic Swiss grid in black and red ink only.