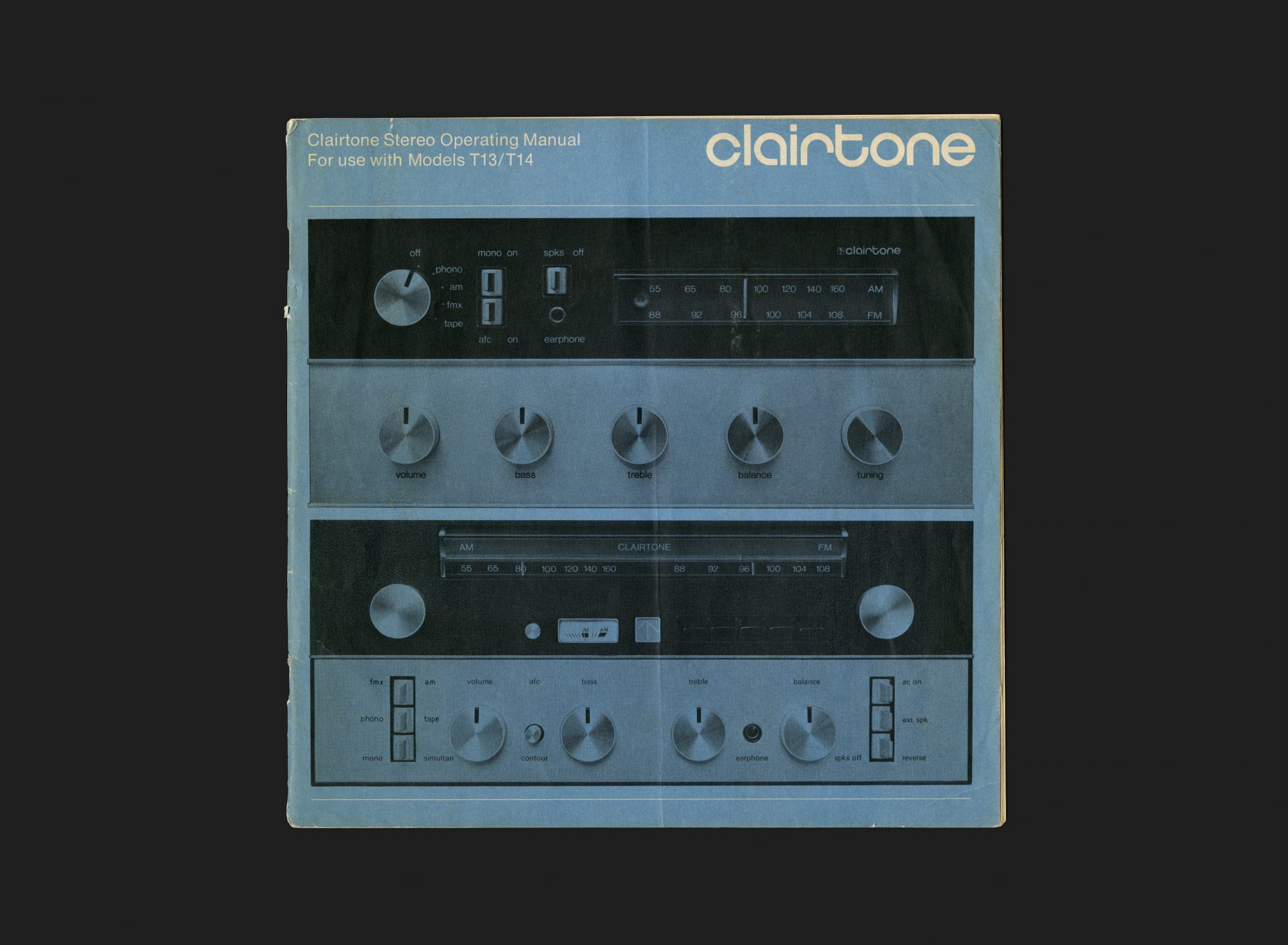 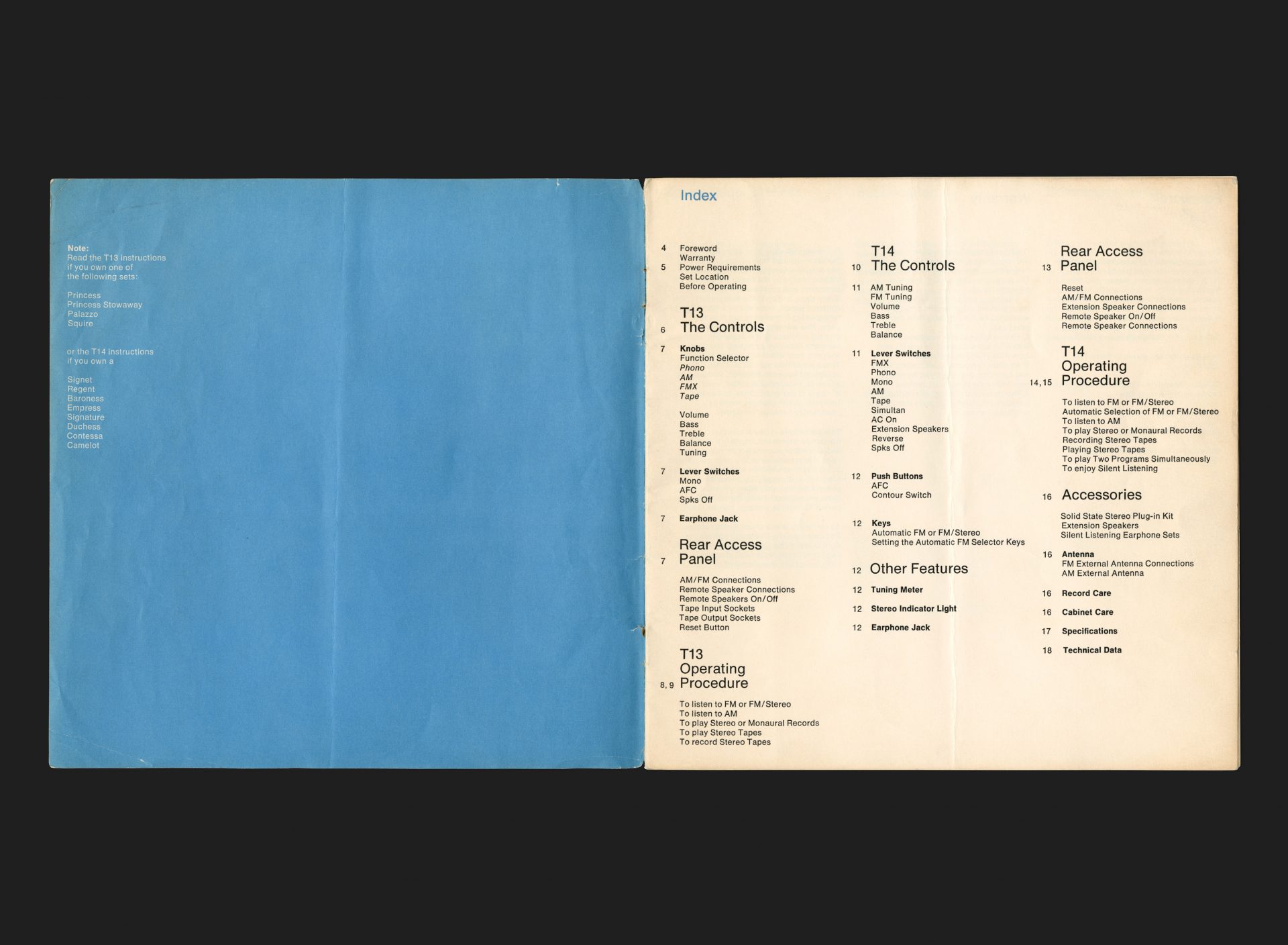 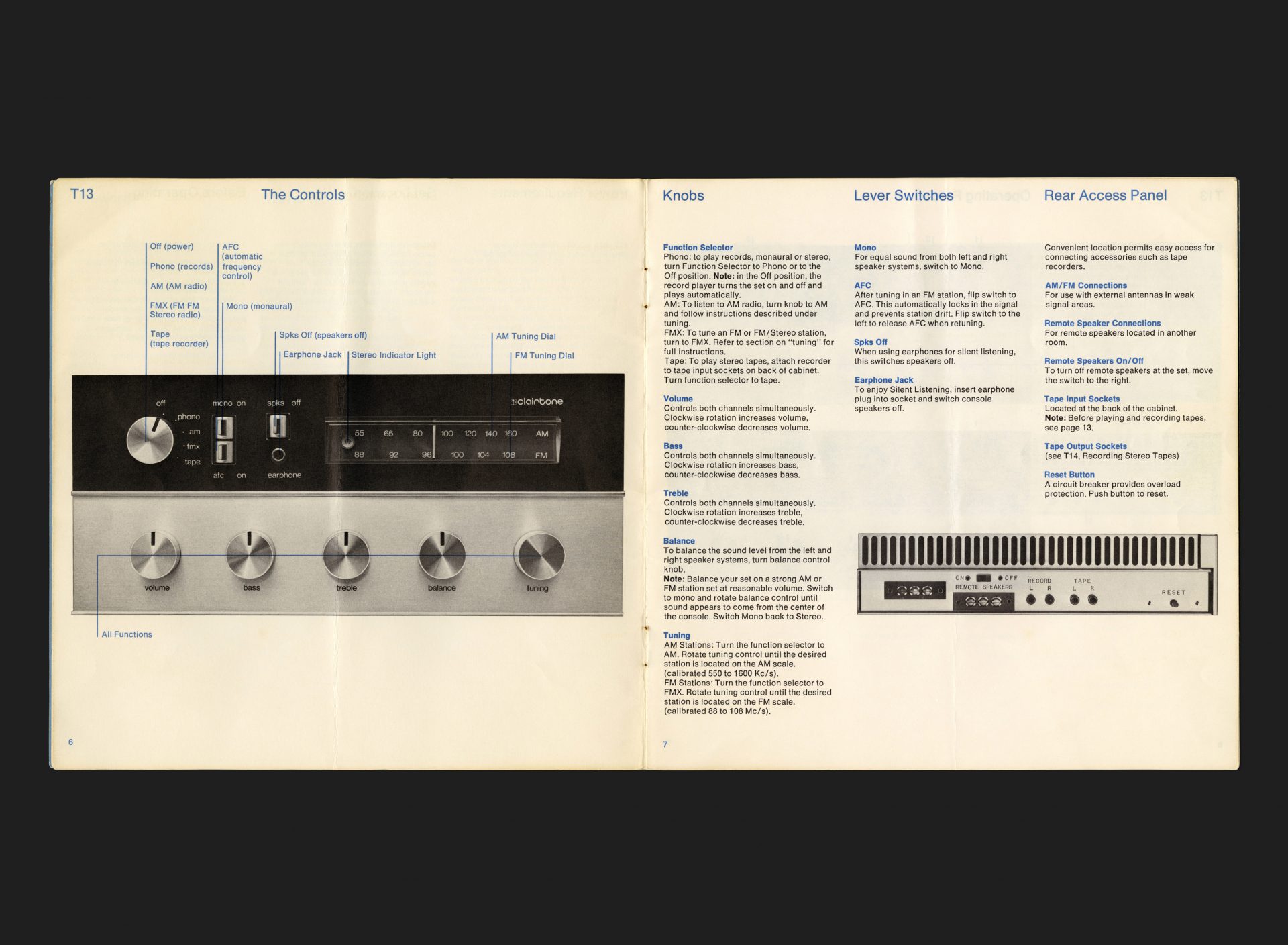 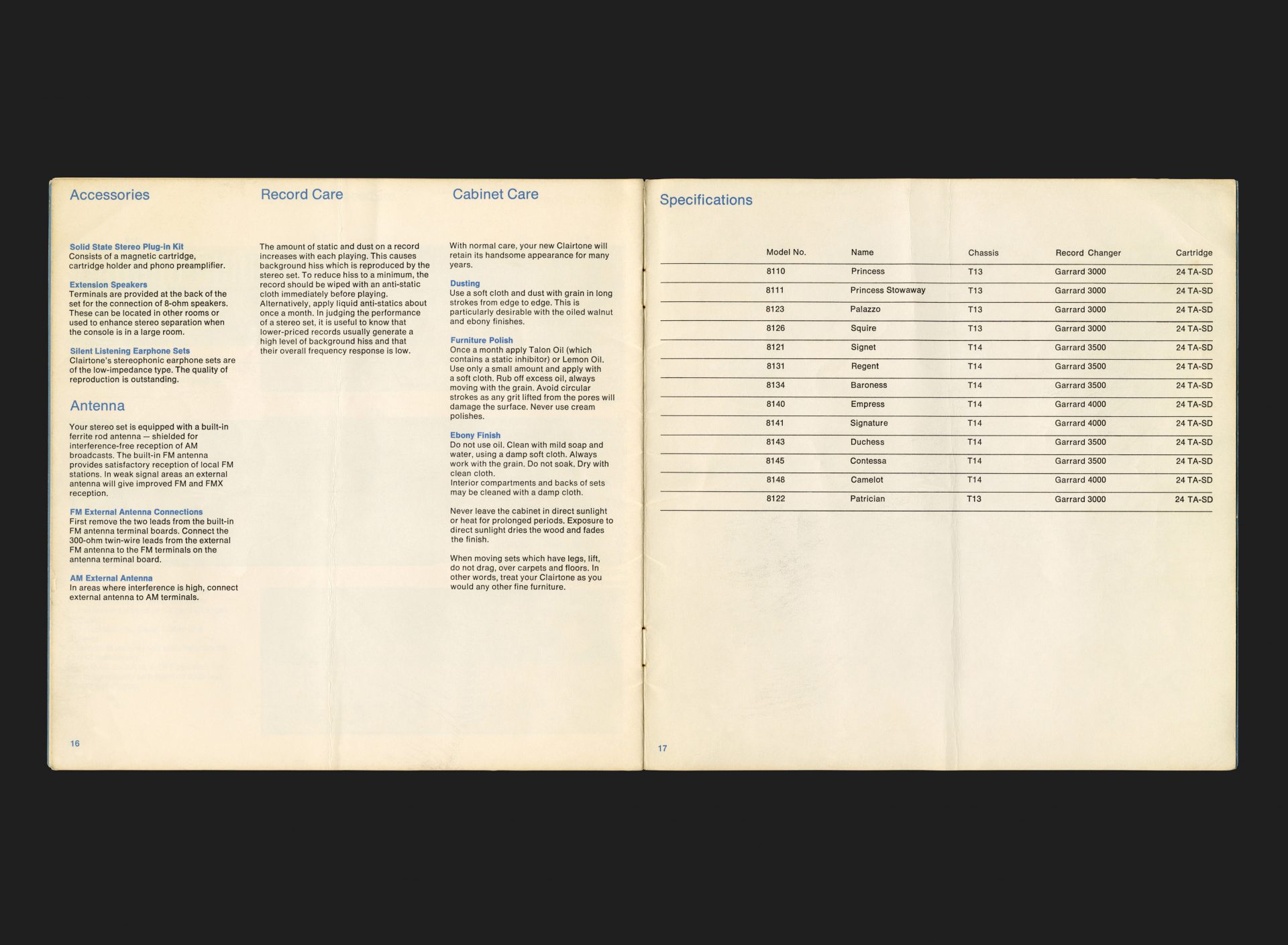 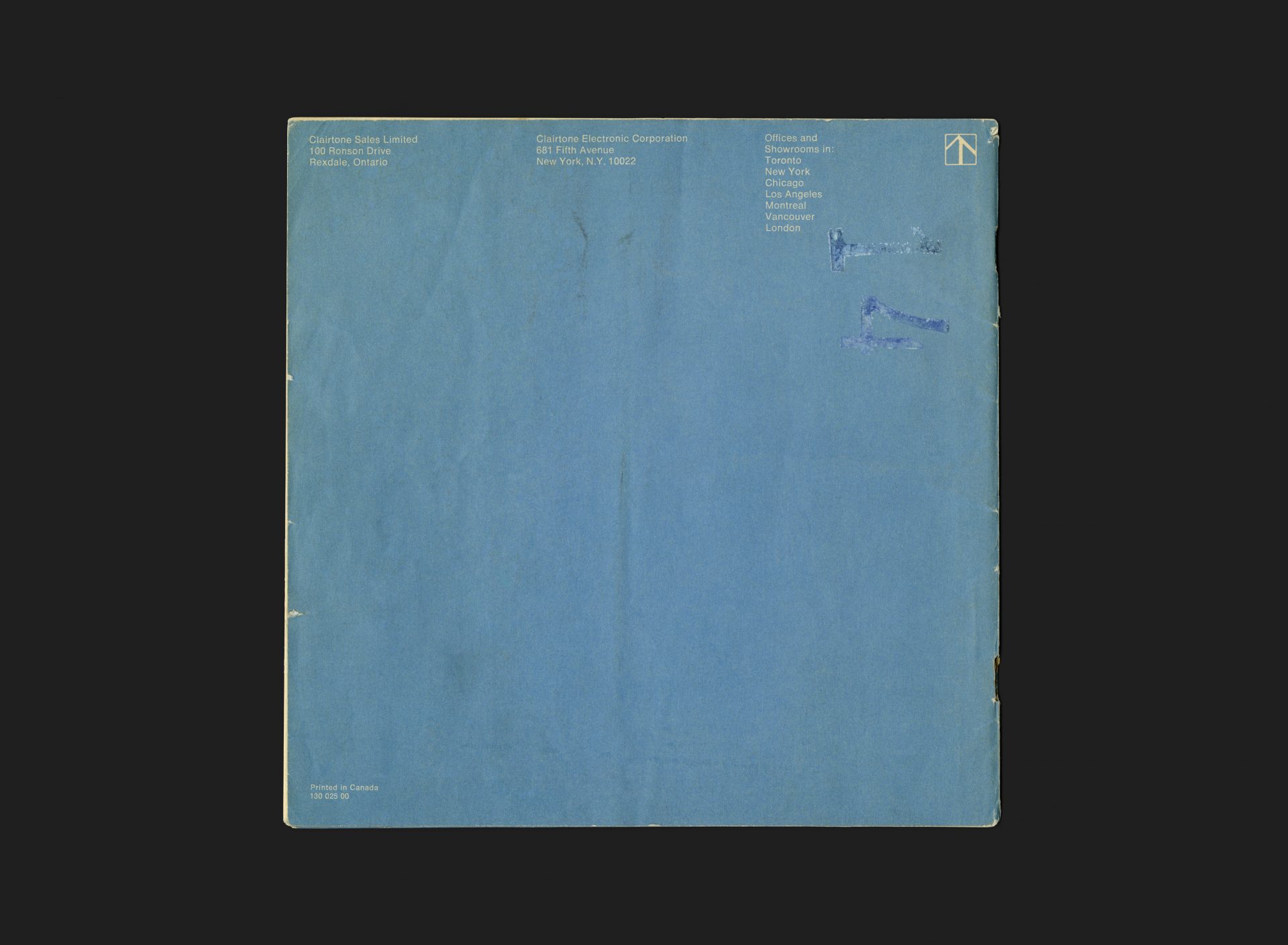 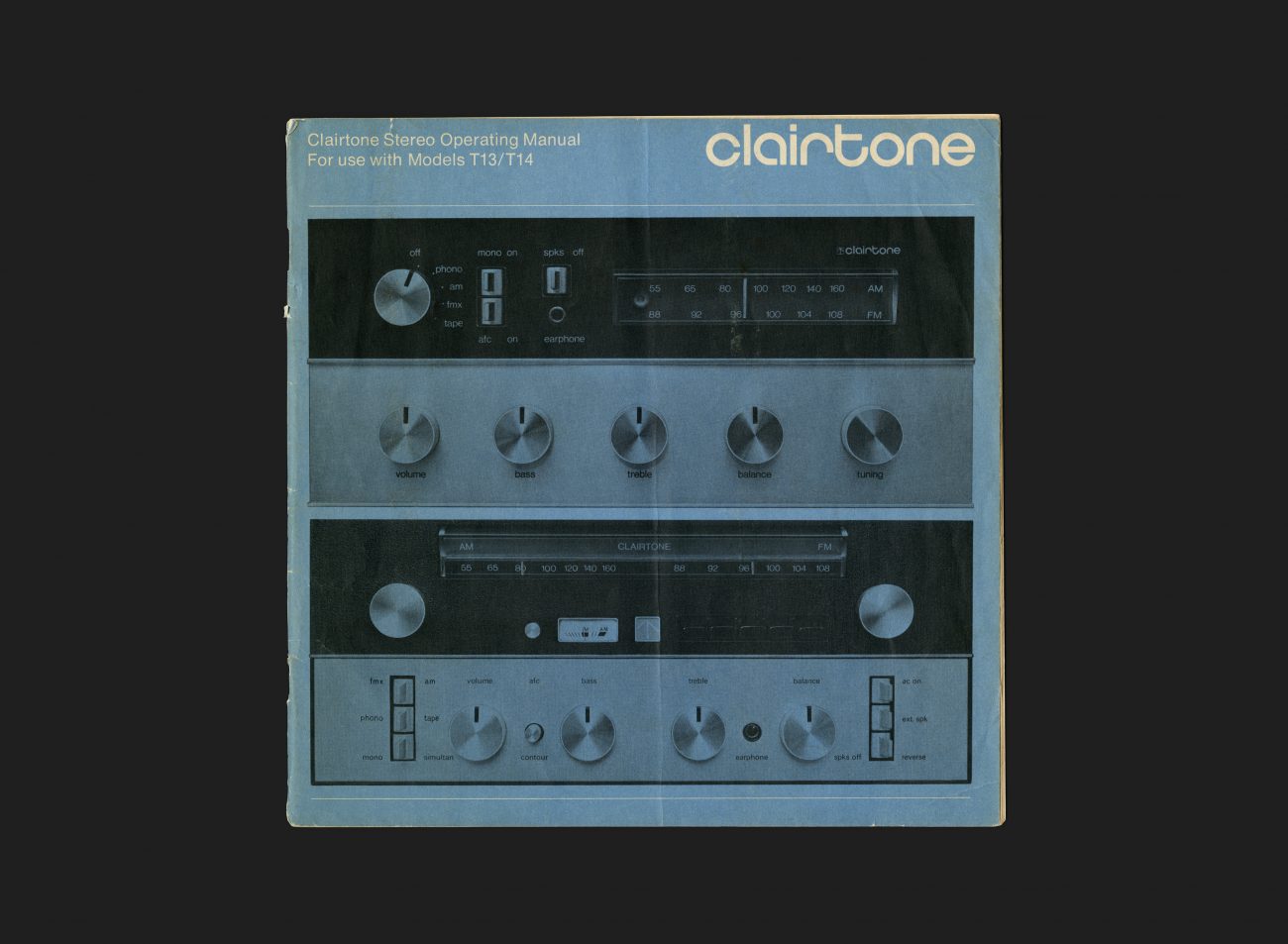 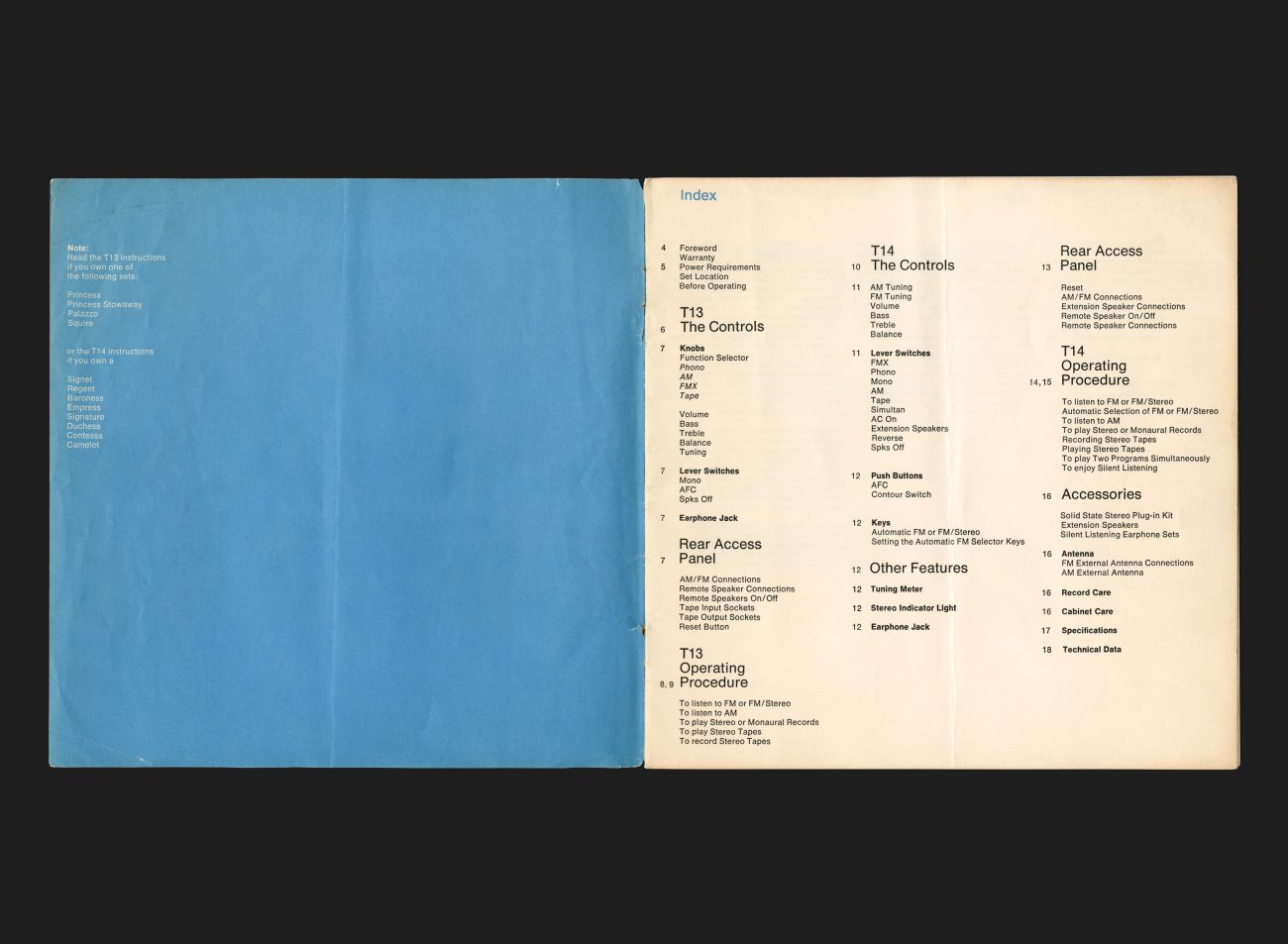 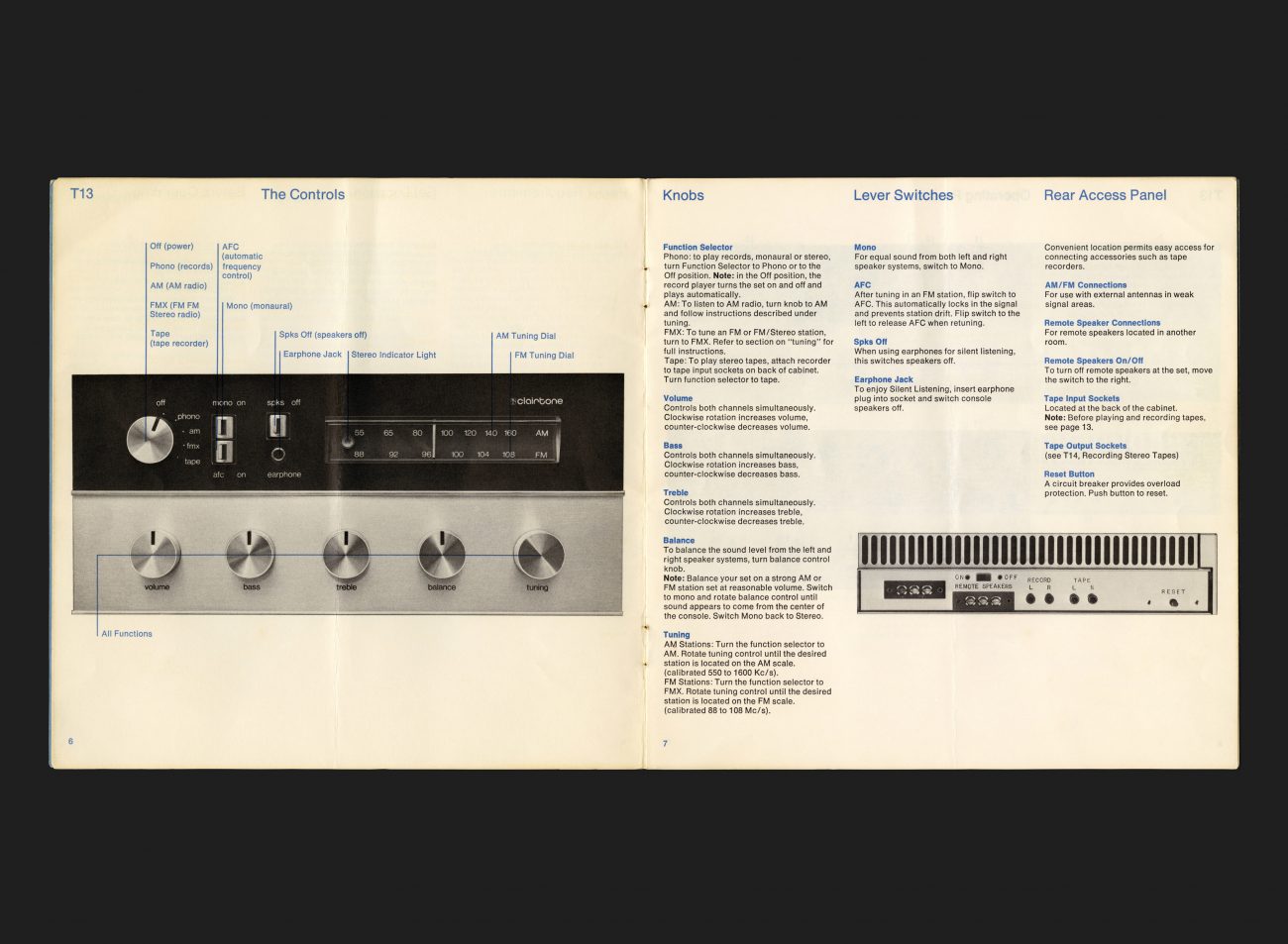 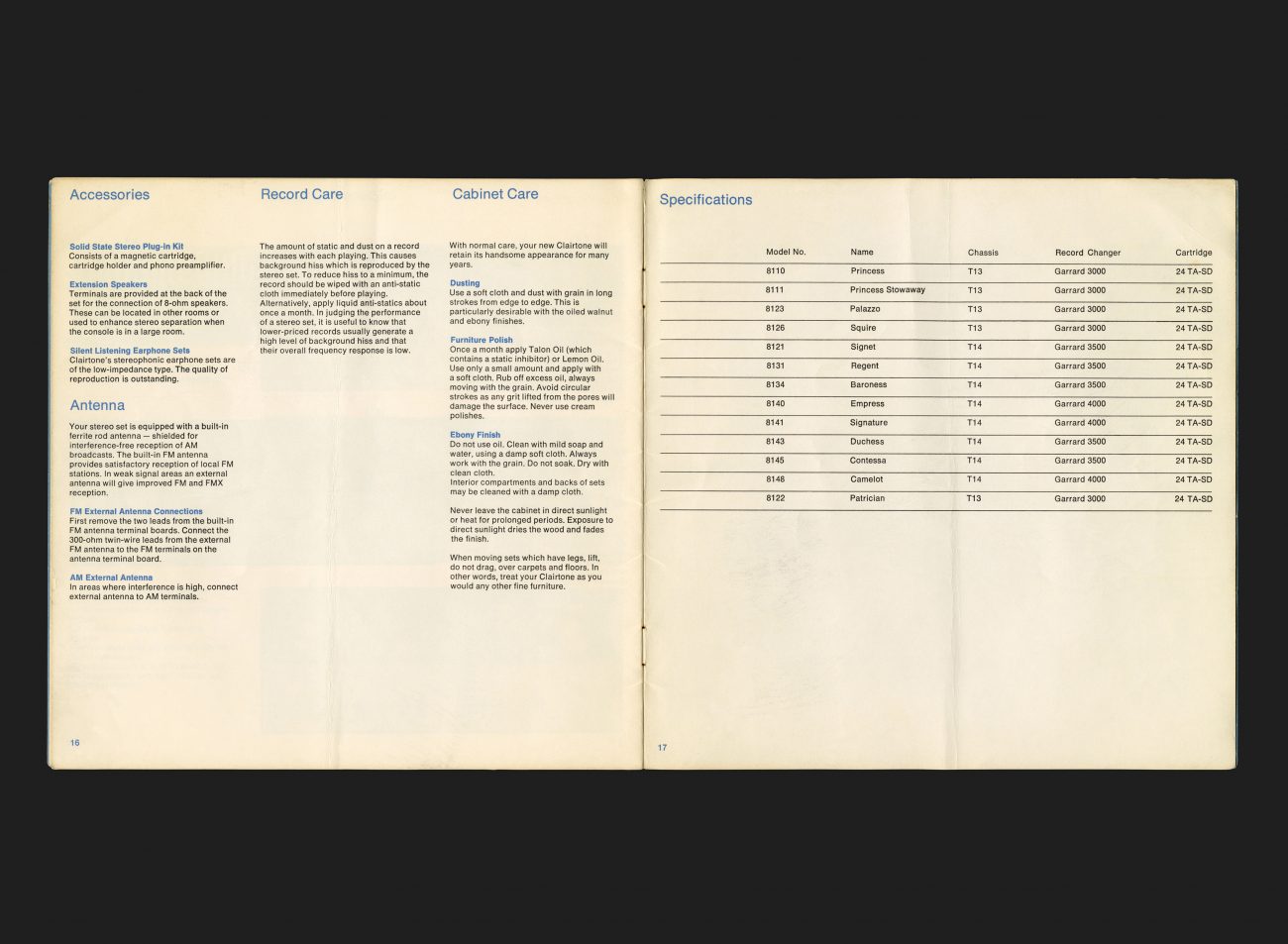 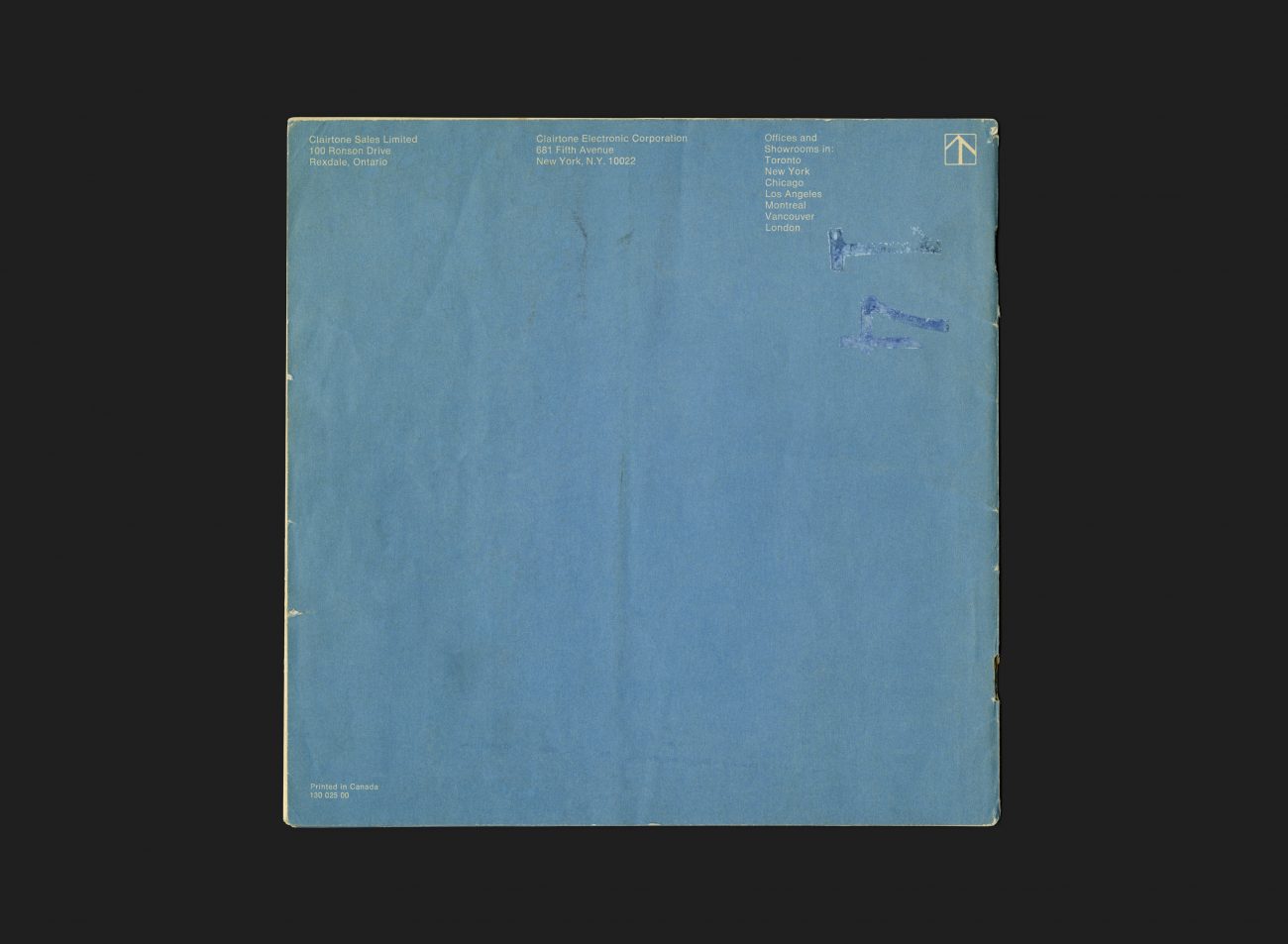 Clairtone Stereo Operating Manual For Use With Models T13/T14
CM174

Title: Clairtone Stereo Operating Manual
For Use With Models T13/T14

Burton Kramer joined Clairtone in 1966 as ‘Director of Corporate Graphics’ after his work for Expo67. He designed the studio furnishings and hired two assistants (Bill Hedges and Margrit Kapler).

Following his work to design the new Clairtone wordmark, annual report, shipping cartons and corporate identity program, Burton updated the printed materials that were needed to support the product range, including this user manual for the company’s T13 and T14 series of audio amplifiers. Rather than simply updating the visuals he took the opportunity to rewrite much of the content, in the process creating a more effective document.

Kramer’s role, however, lasted little more than a year before the company was wound up. This proved to be the tipping point that persuaded Burton to found his own practice, saying “I’ve had enough of being an employee.”

The manual is printed in two colours throughout and reflects the same care and attention to design that the company was famous for within its products.