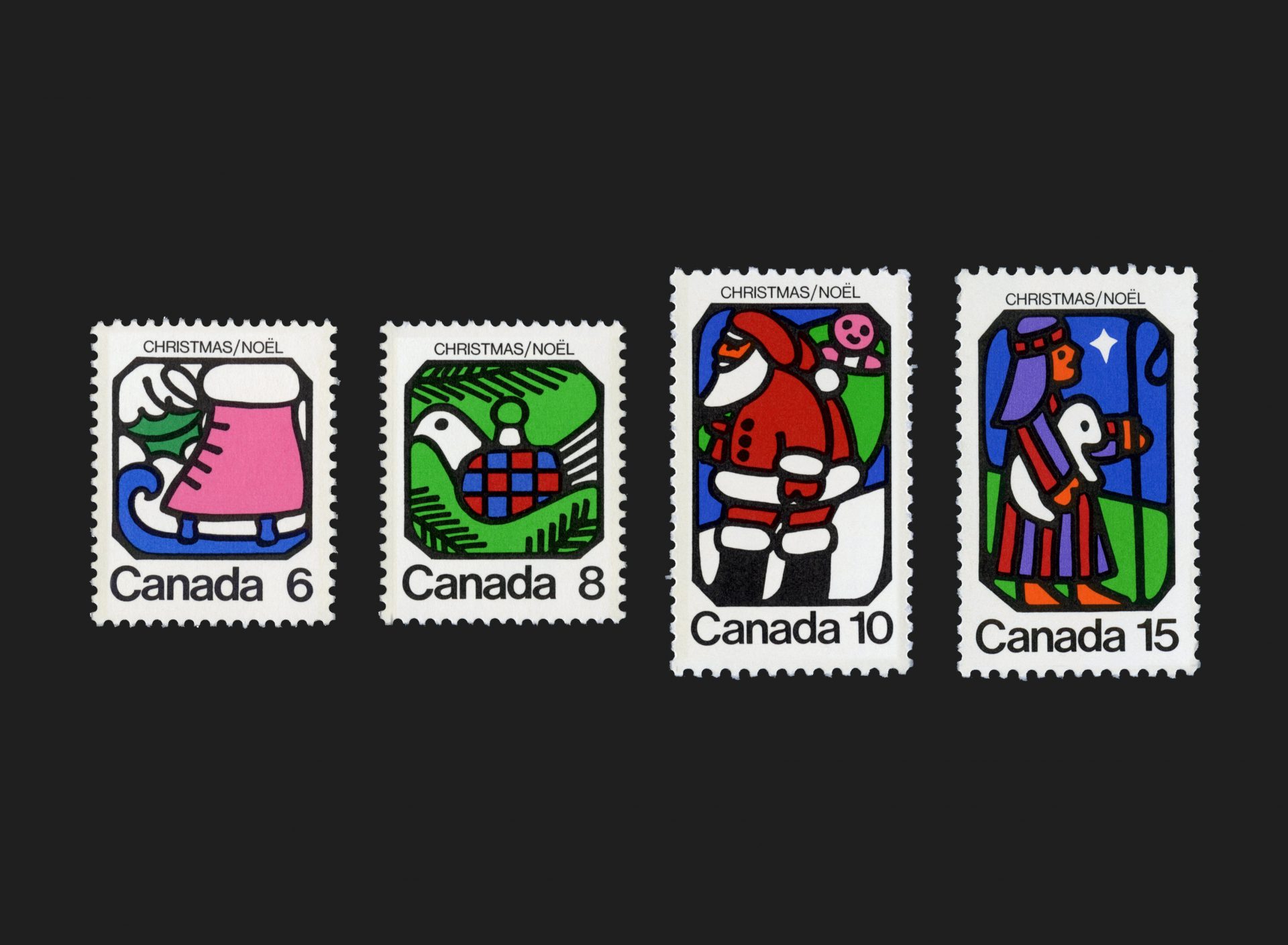 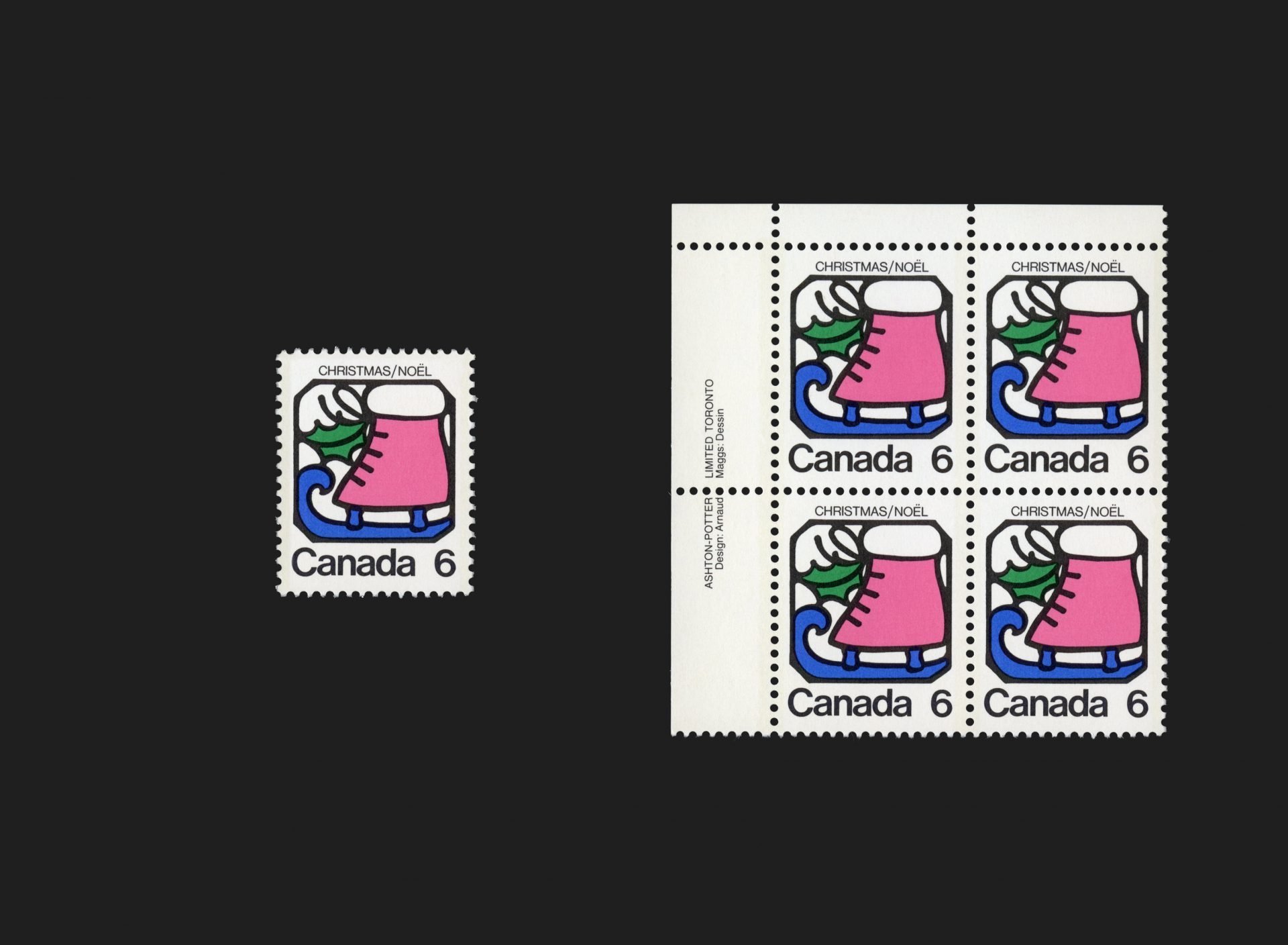 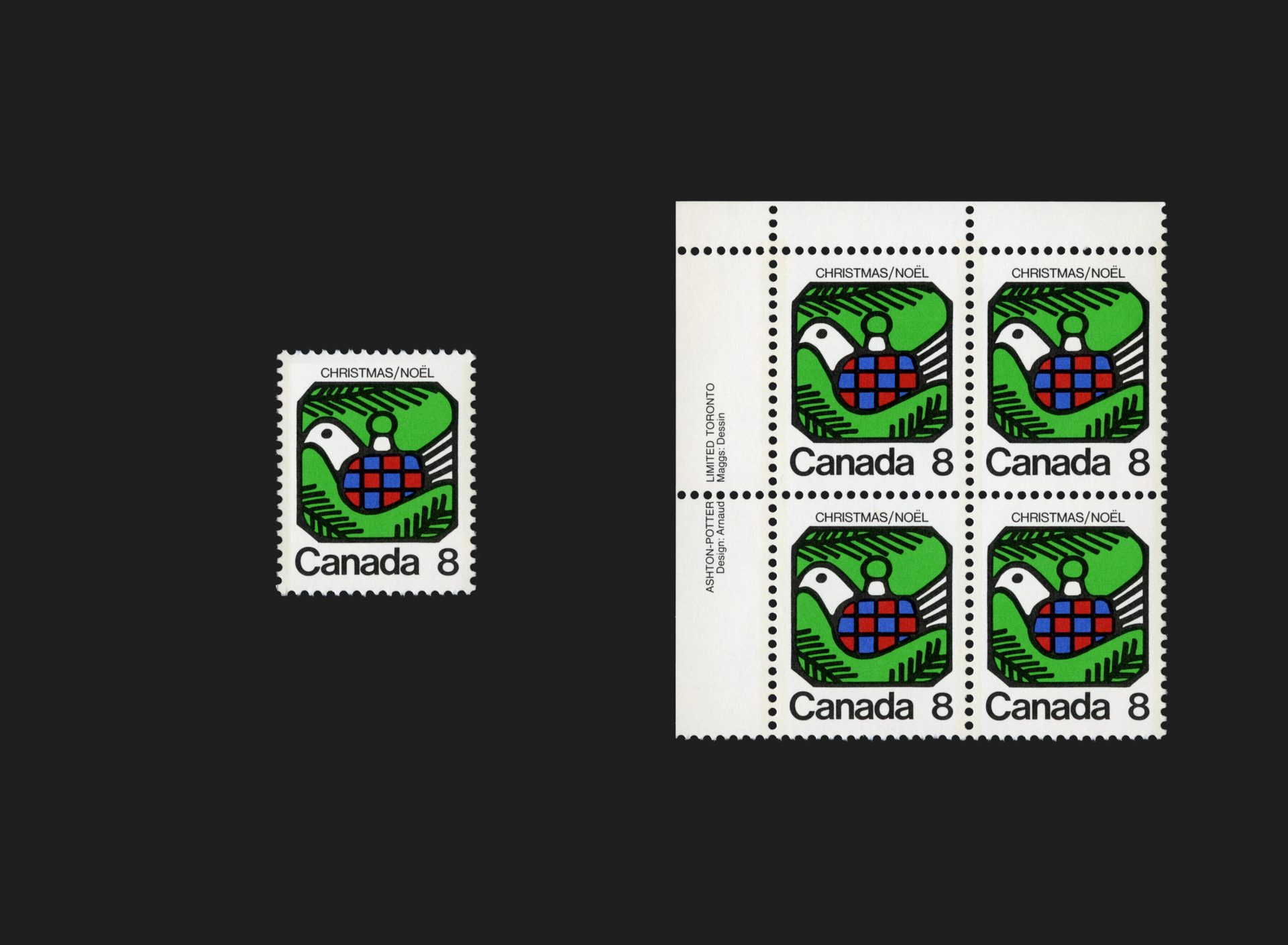 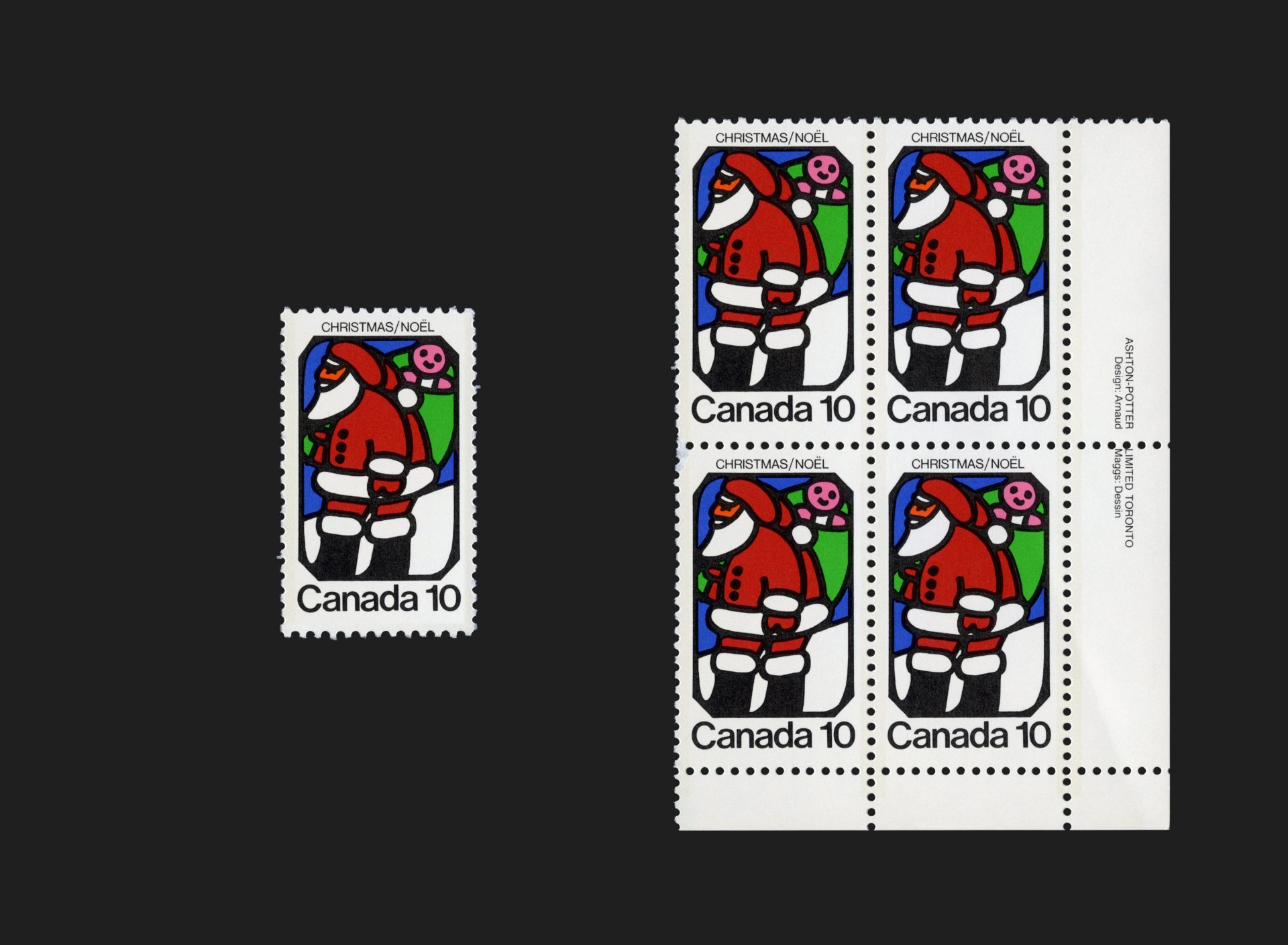 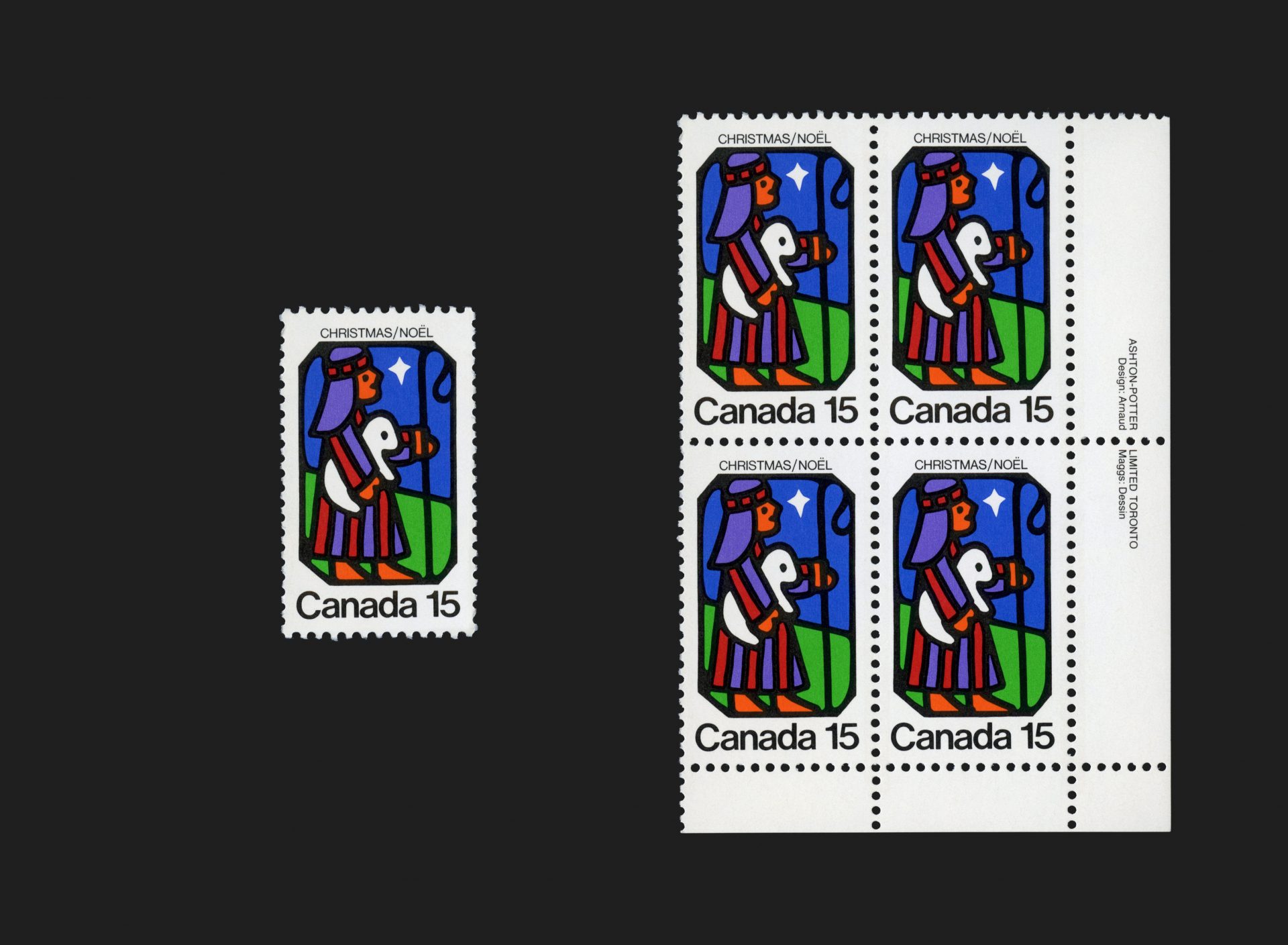 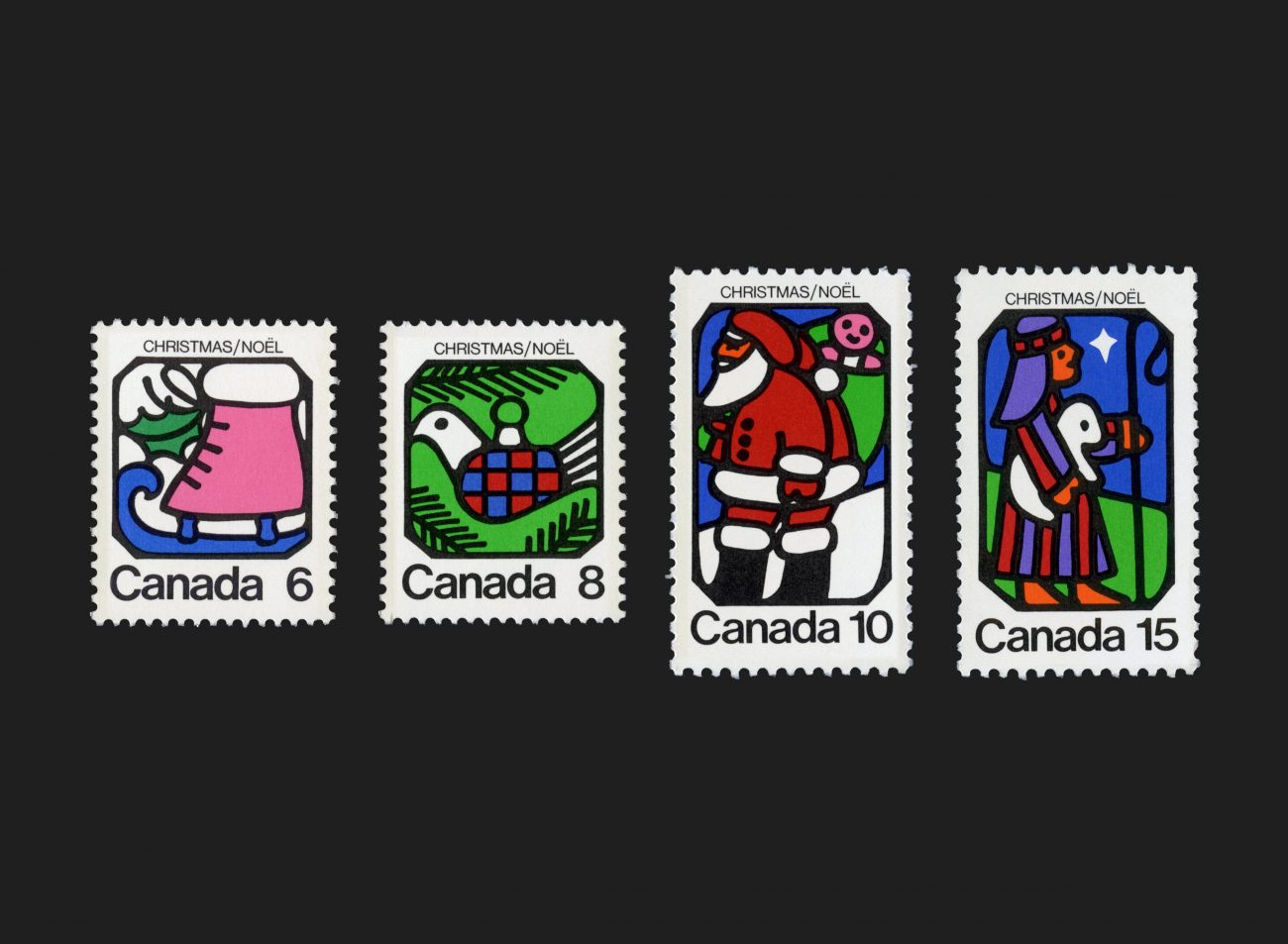 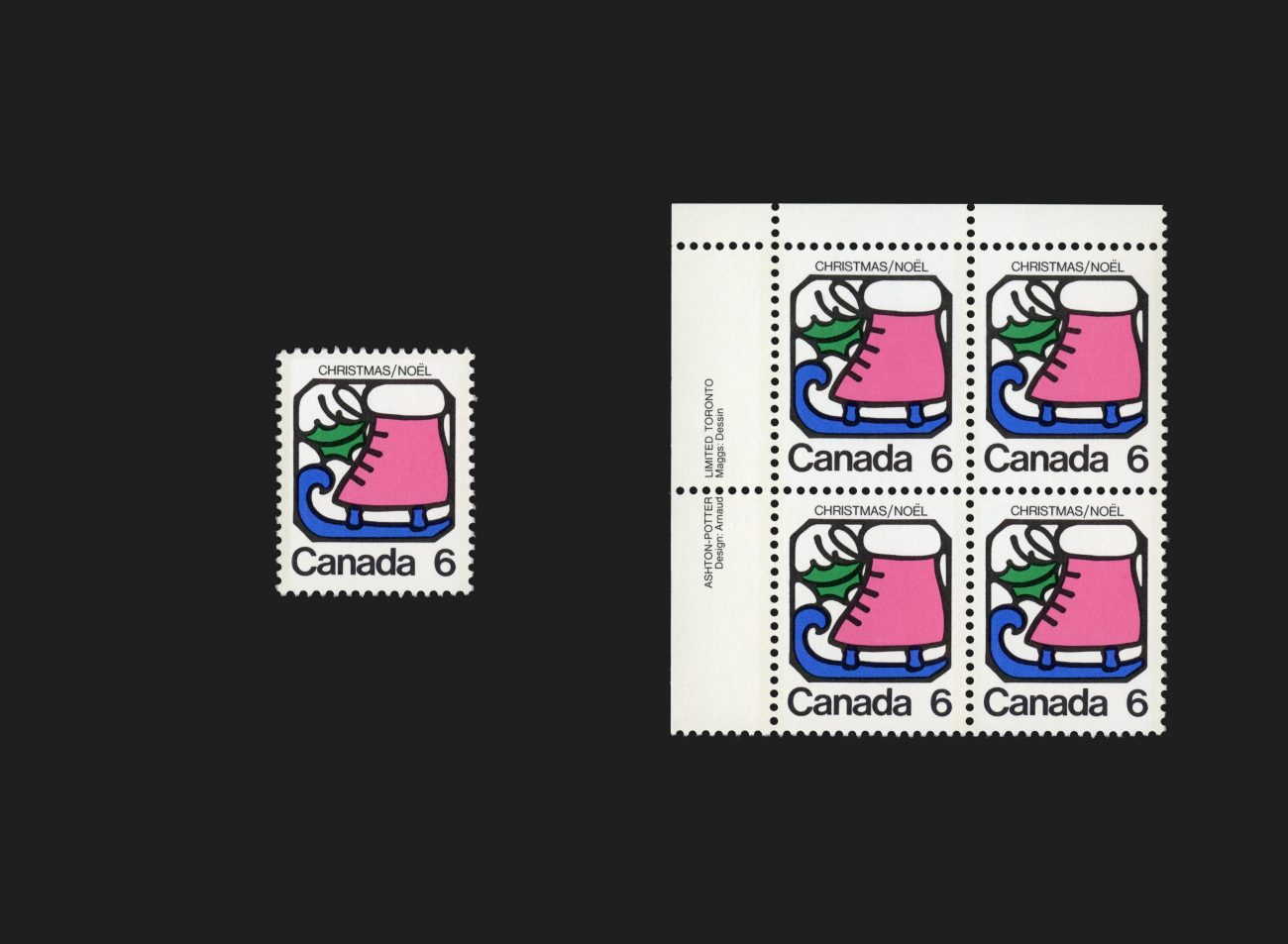 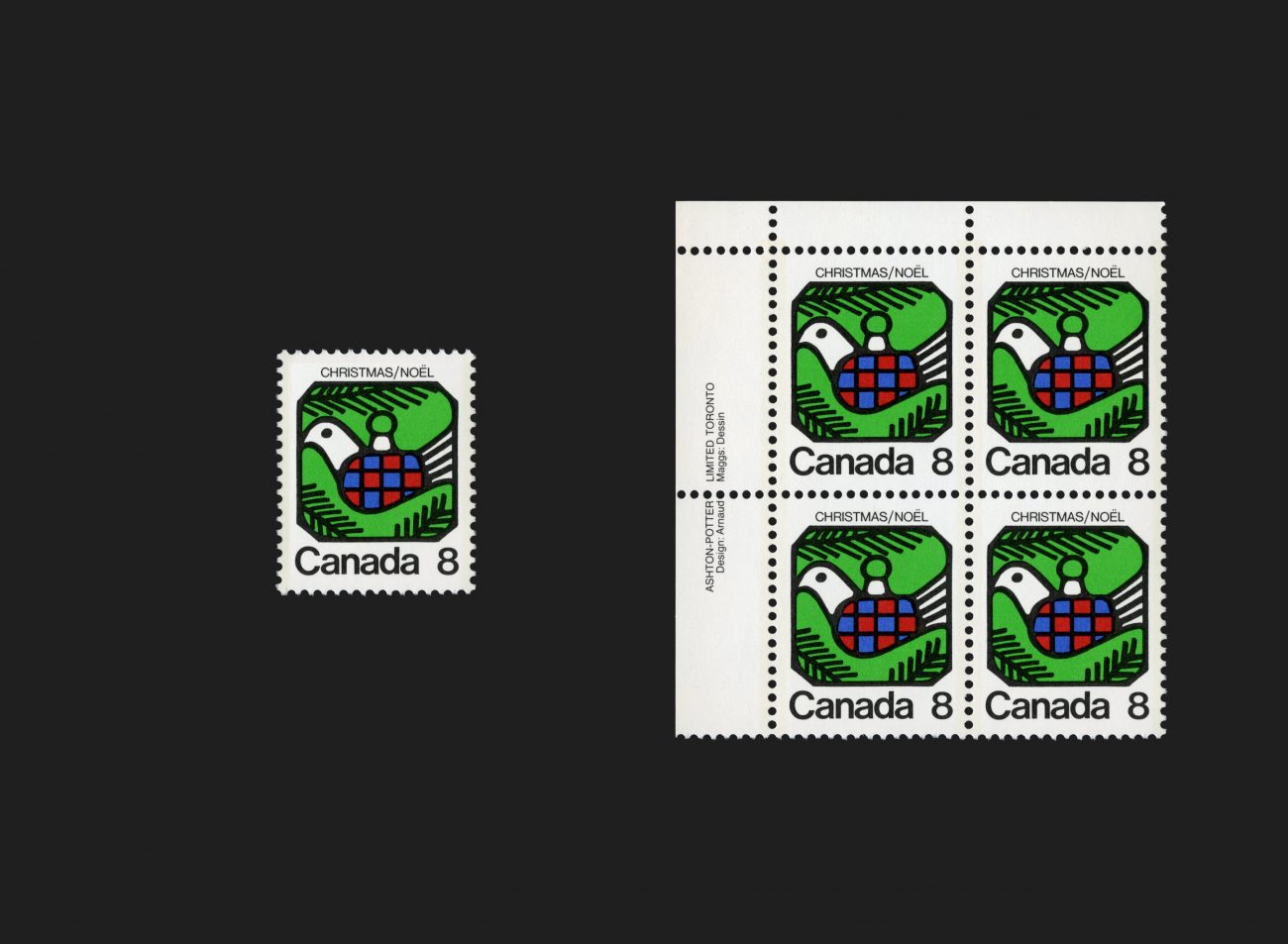 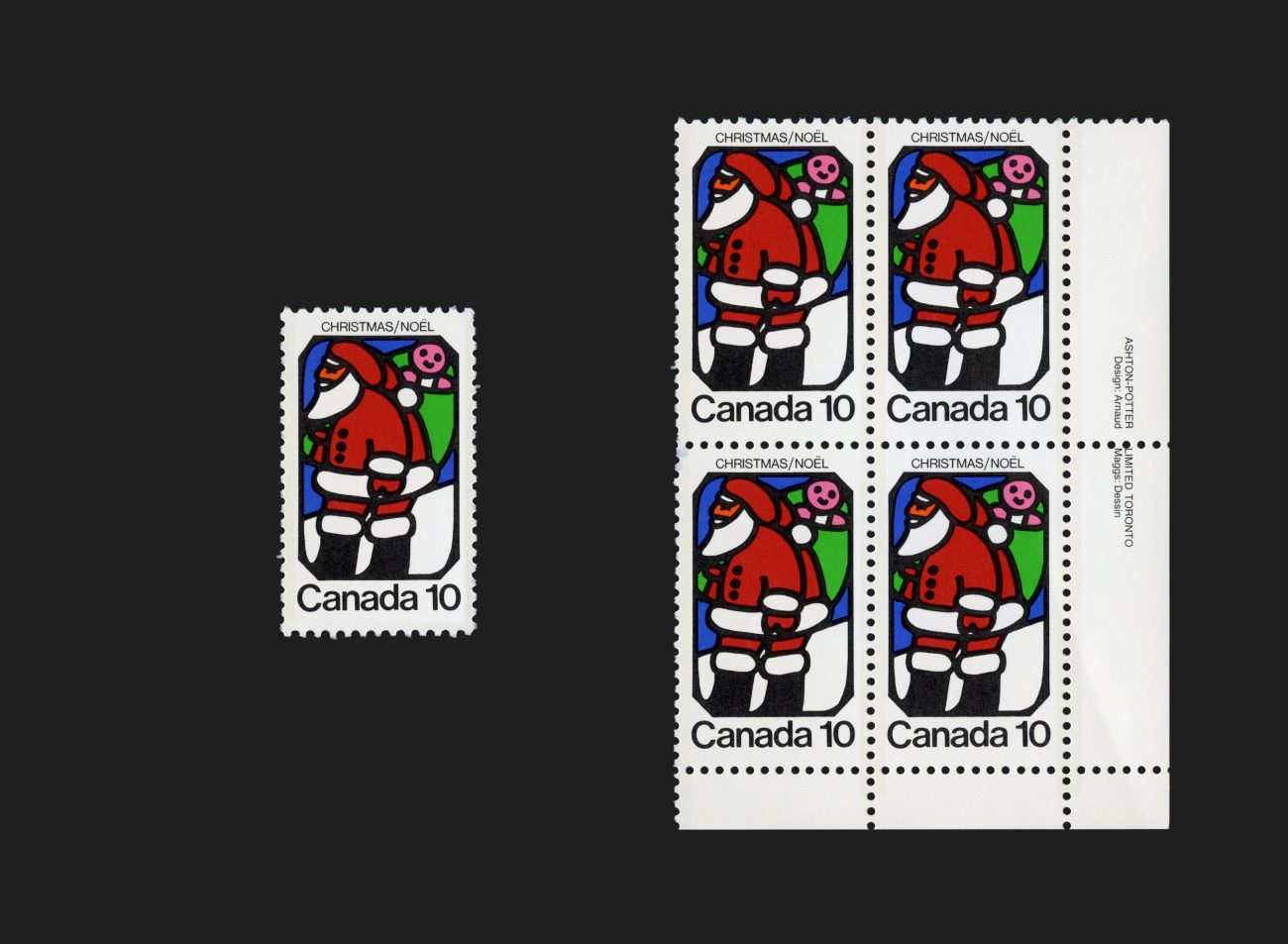 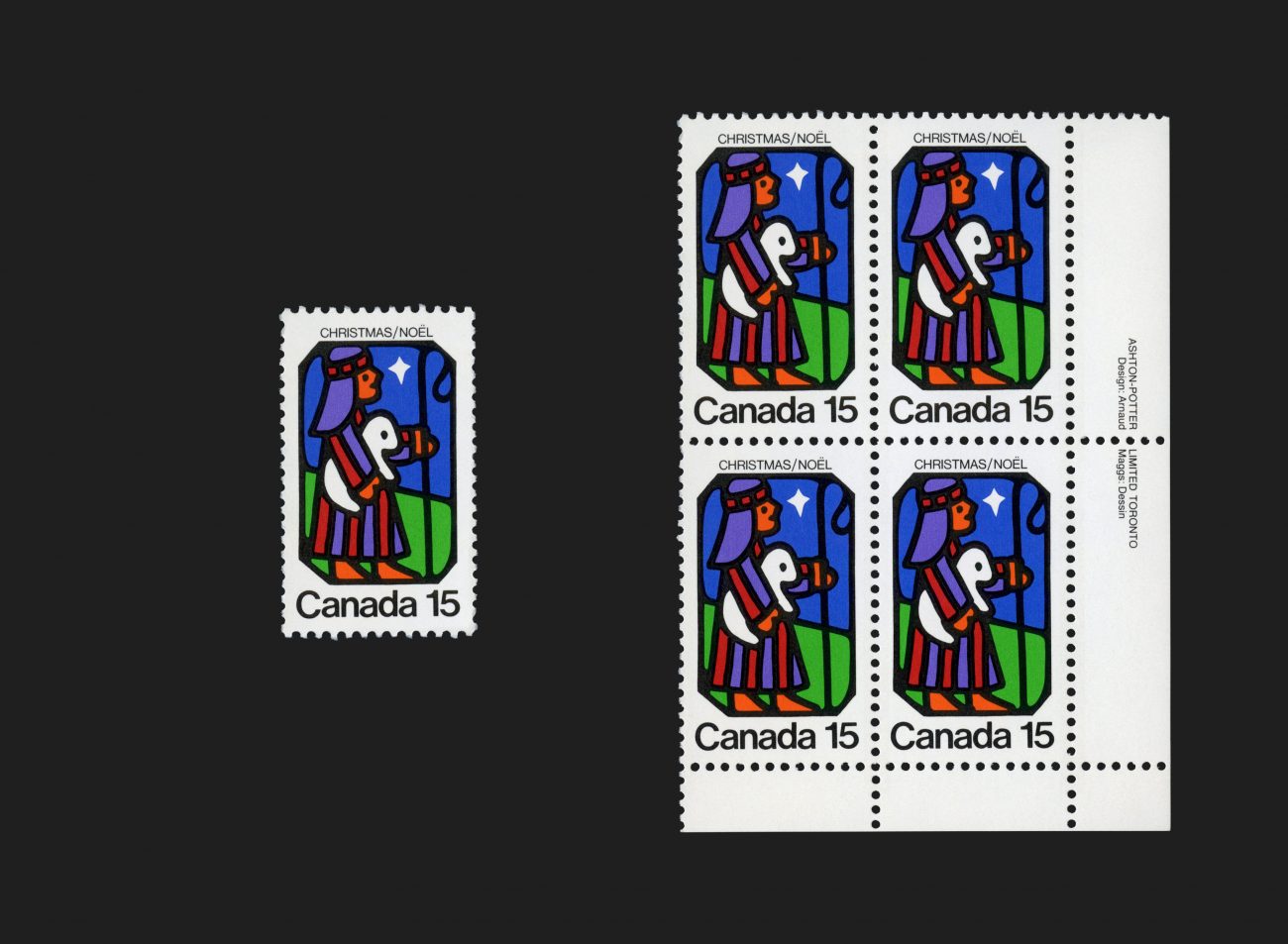 Every year since 1963, Canada Post has released a series of special Christmas issues for use on the nation’s mail. In 1973, the year of these stamps, it was the 10th sucessesutiive time this annual series had happened.

Well known Canadian artist and designer, Arnaud Maggs, created the four designs that were released in 1973. On first inspection they have a deceptively childlike quality, however, on closer examination they contain a high level of craftsmanship and distinctiveness. Because of the intentionally heavy lines which make up the illustration, they also have a stained glass-like quality, which further connects to the meaning of Christmas. Each design is intended to represent one of four elements that might be a part the average Canadian’s Christmas celebrations. The pink skate signifies one of the most associated recreational activities shared with family and friends in Canada during the winter. The Dove of Peace, also a Christmas tree ornament, connects to love and togetherness. Santa Claus connects to the man himself, and joy felt with the sharing and giving gifts. The shepherd, is a reminder of that day when the Christ child was born.