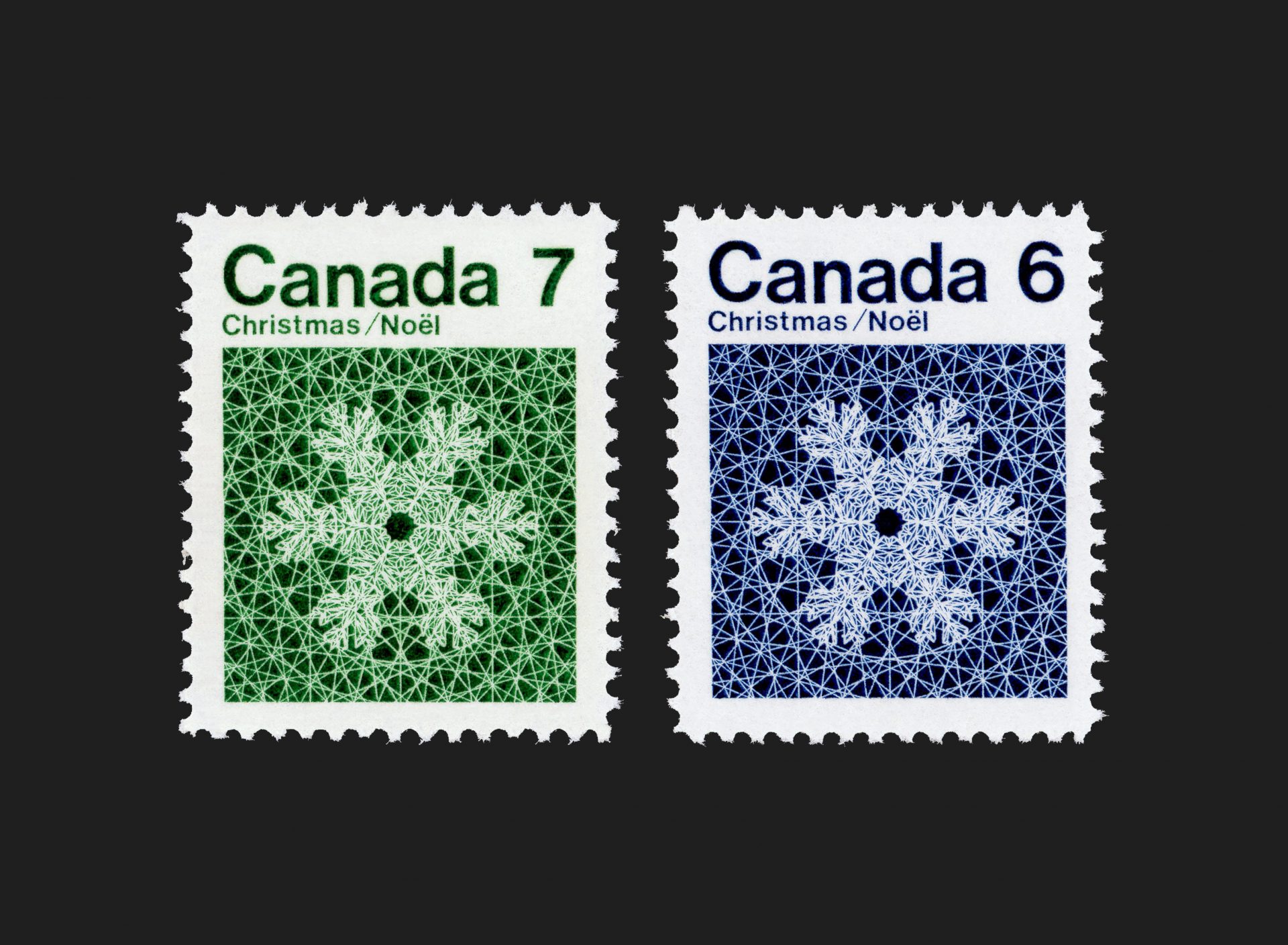 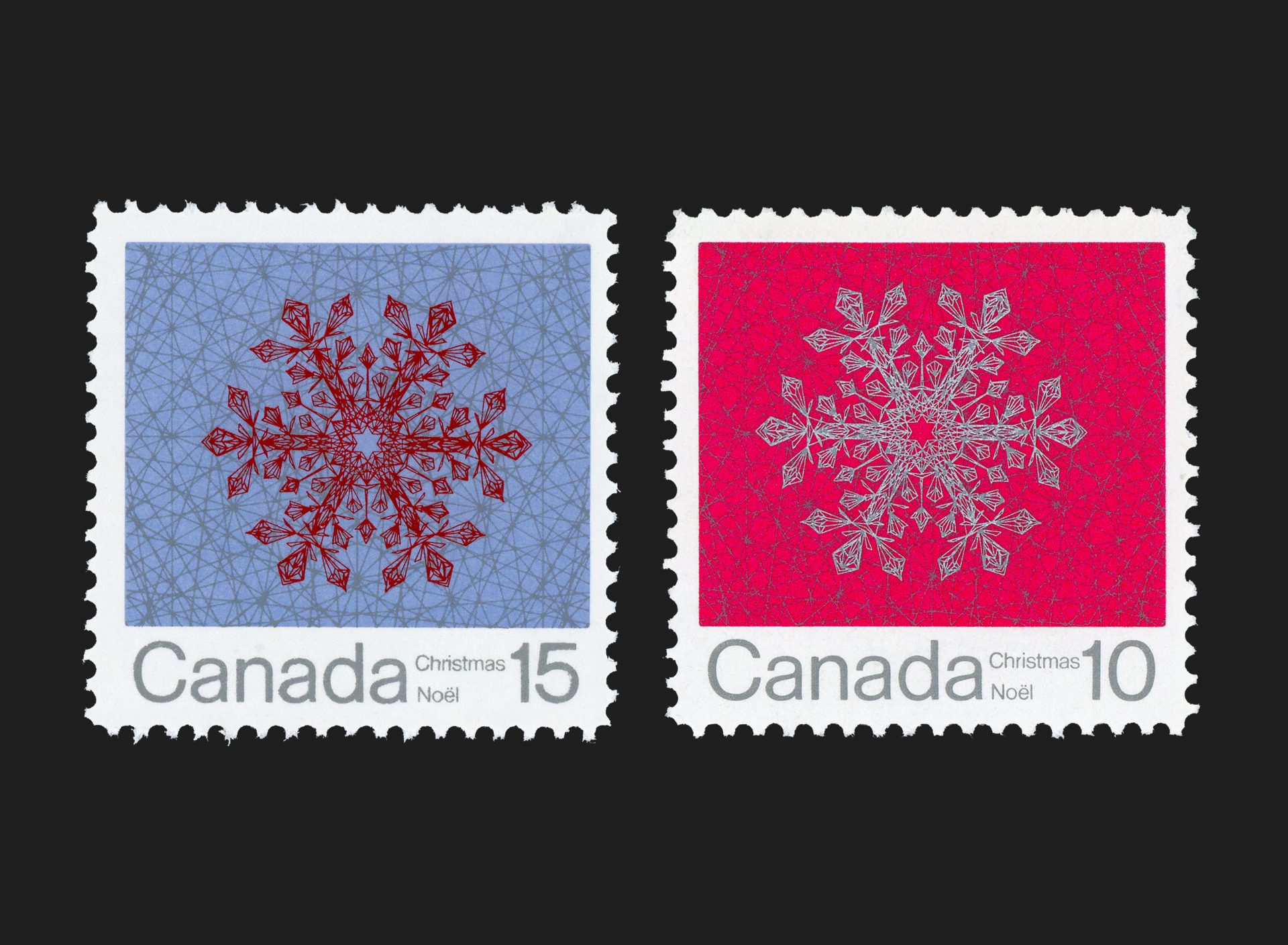 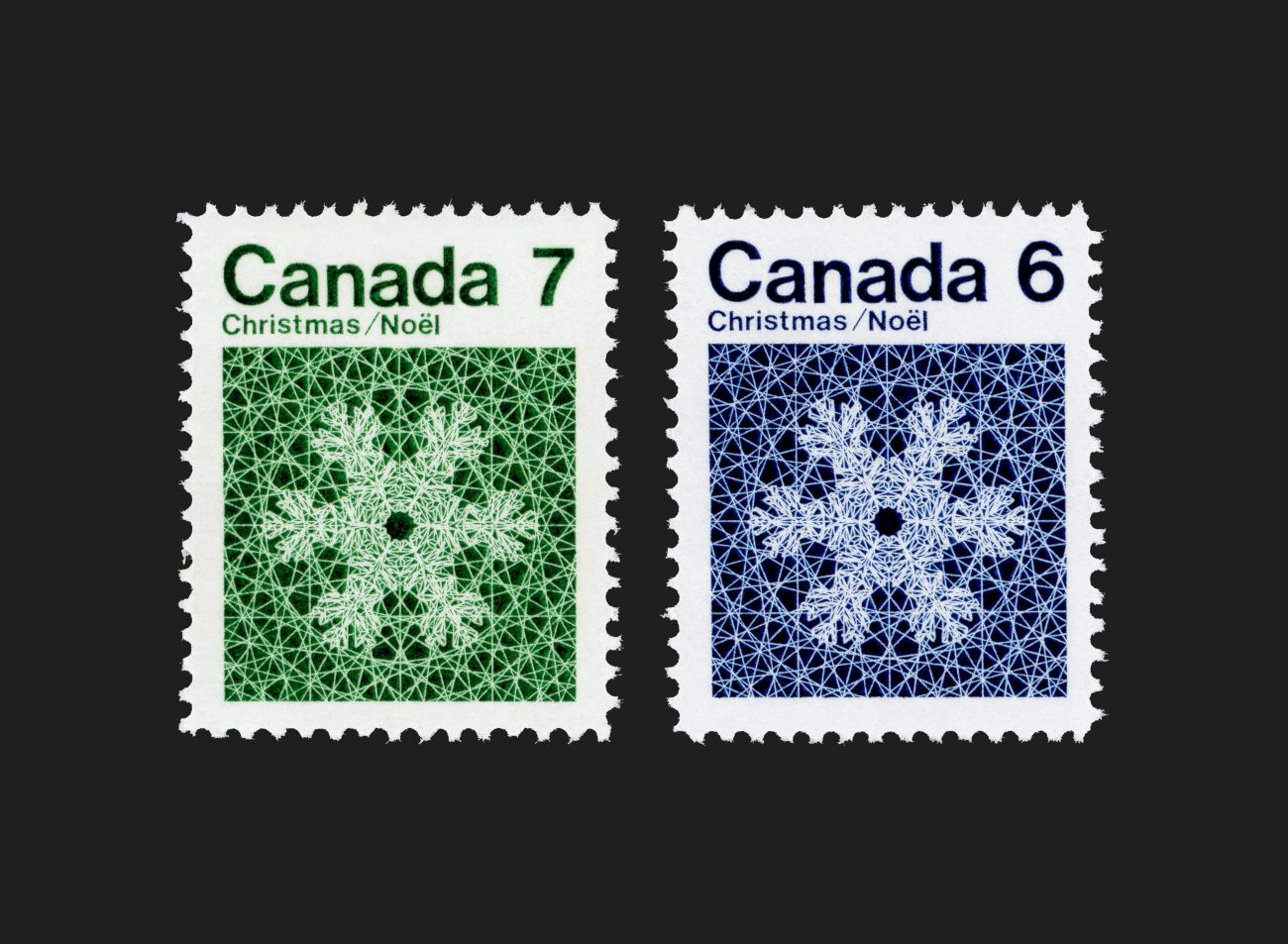 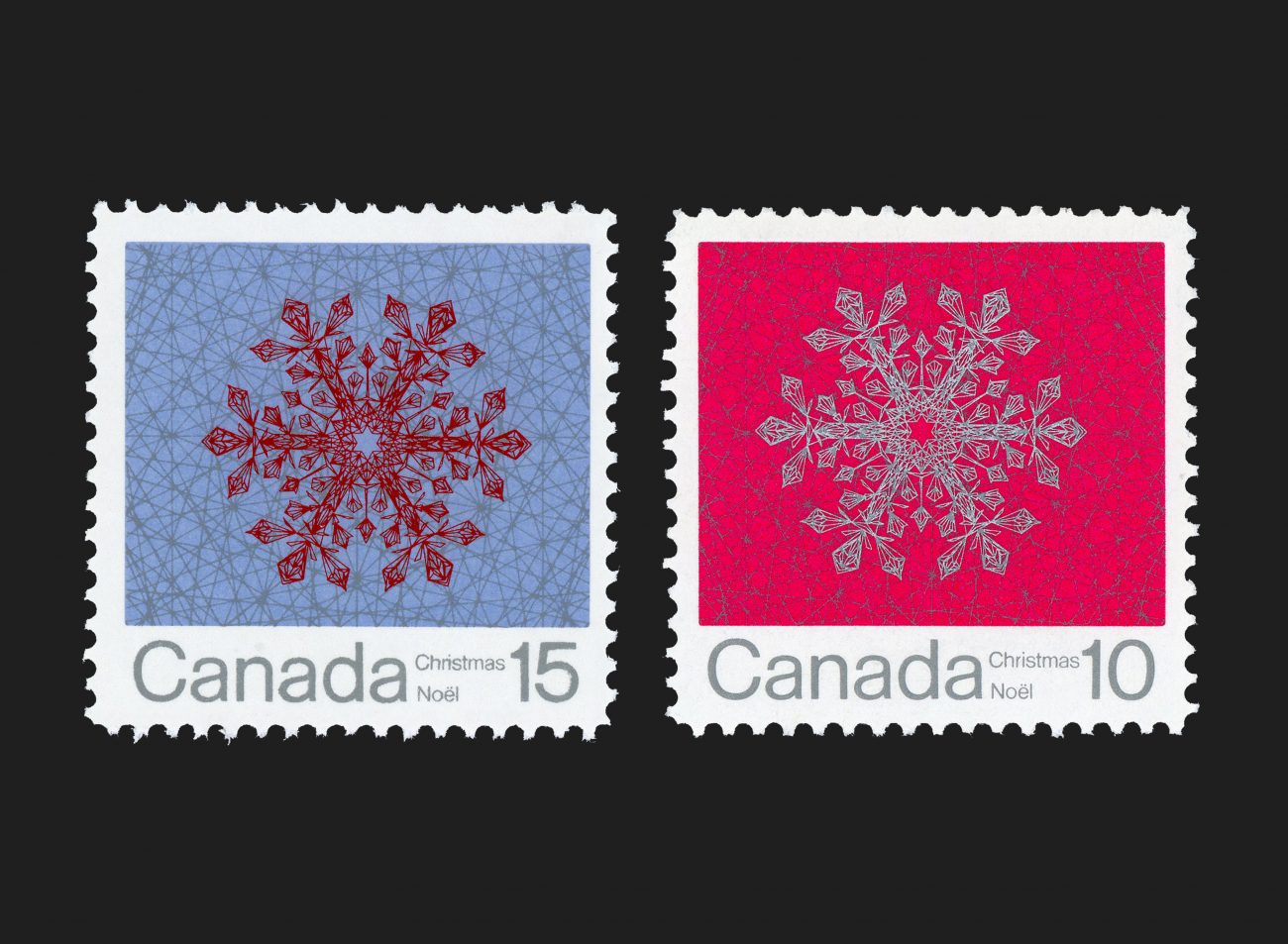 A series of pen drawn snowflake stamps, designed by Toronto based Lisl Levinsohn. In reproducing the snowflake designs, the contemporary style and fine delineation of line were preserved by special attention to printing techniques. The lower denominations are examples of creating a reverse image through the use of engraving. Higher values employ the technique of engraving to superimpose lines of silver ink upon a ground and field printed in two colours by the lithographic process.

Austrian born Levinsohn, who emigrated to Canada in 1964, began producing drawings of this nature in 1966, frequently consisting of some sixty-seven thousand carefully plotted lines. Her intricate pen drawings were considered among the best in the world, gaining her an enviable international recognition.

This was the eighth consecutive year that Canada Post Office produced special Christmas issues for use on the nation’s mail.