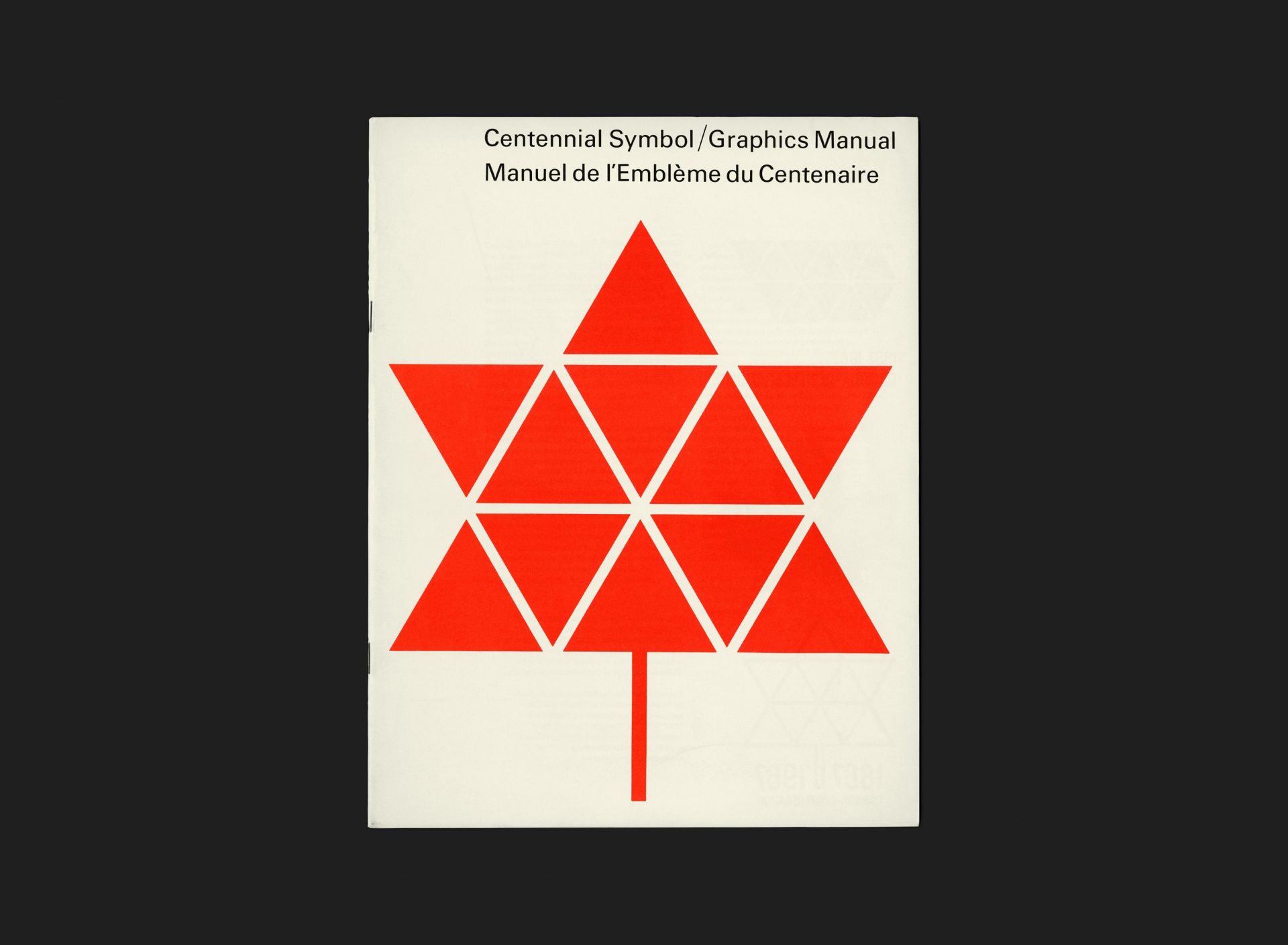 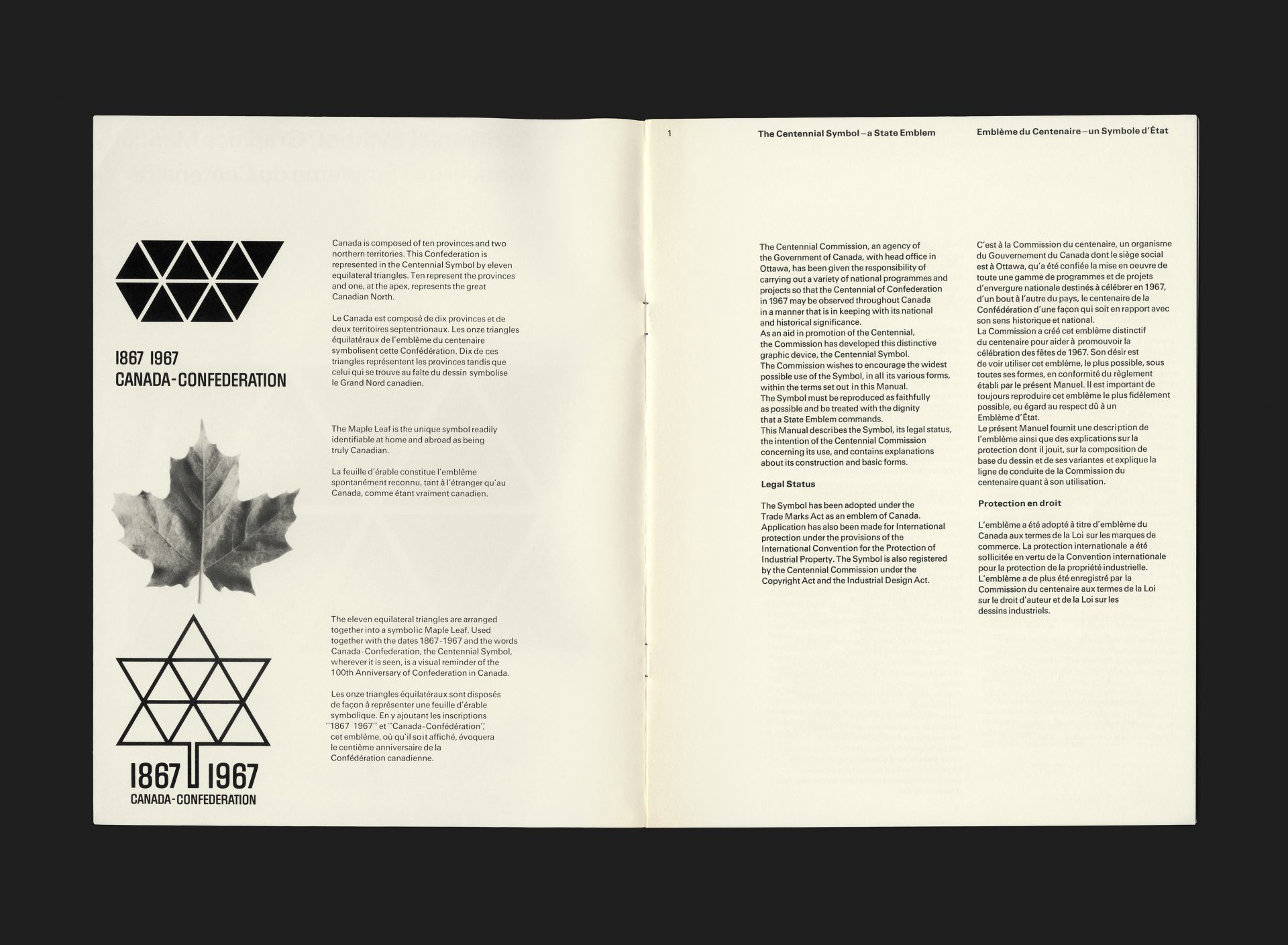 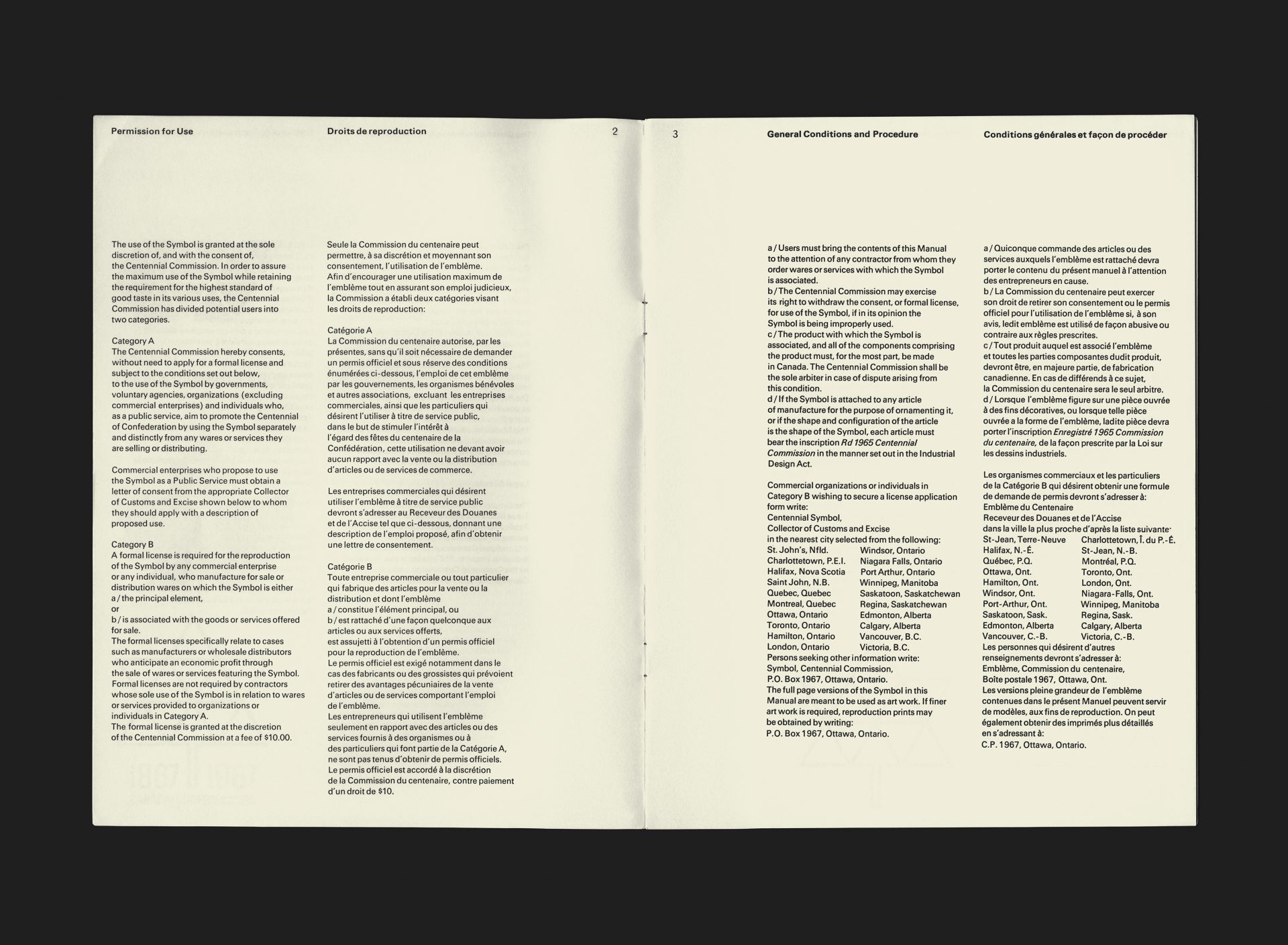 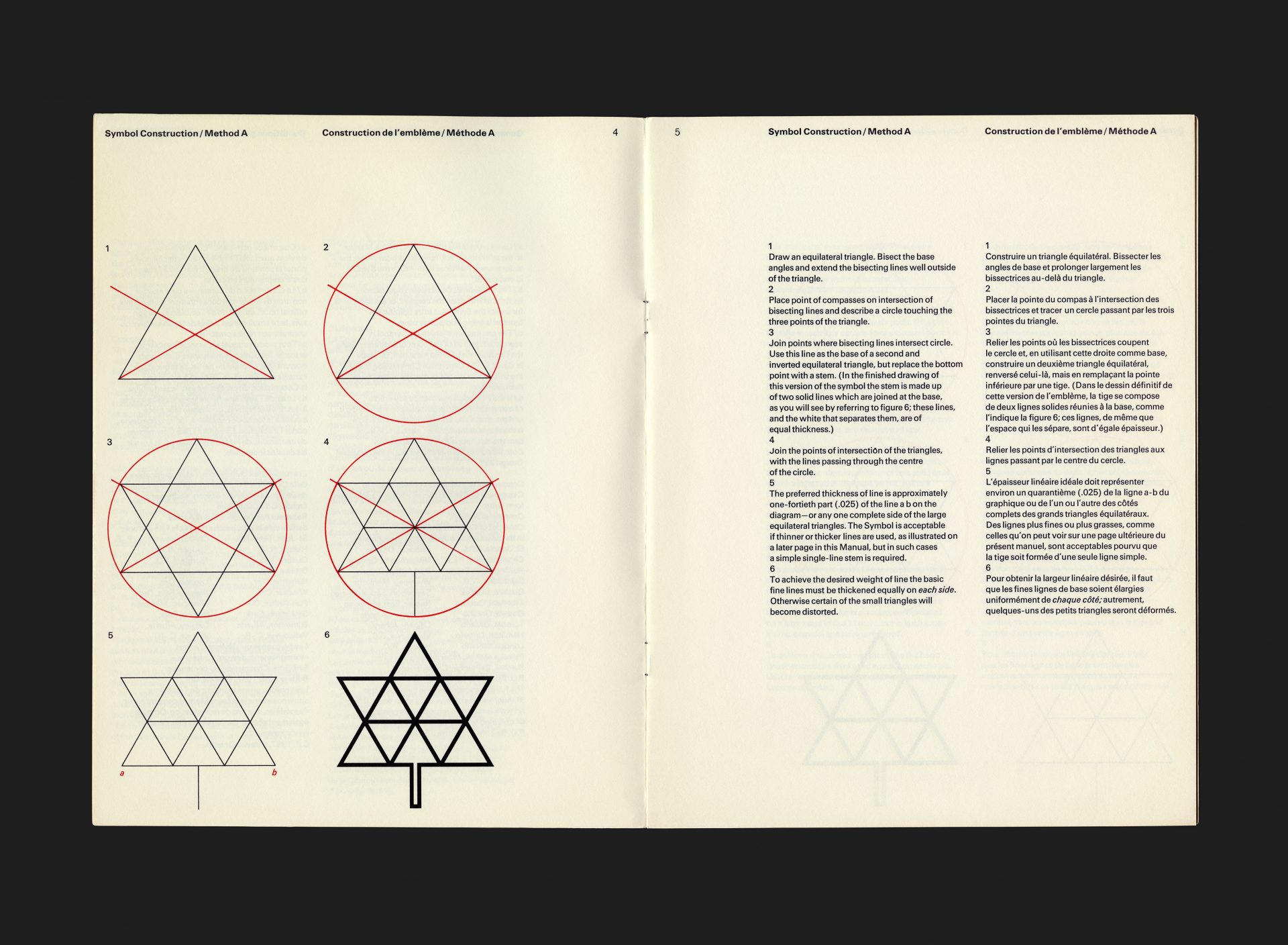 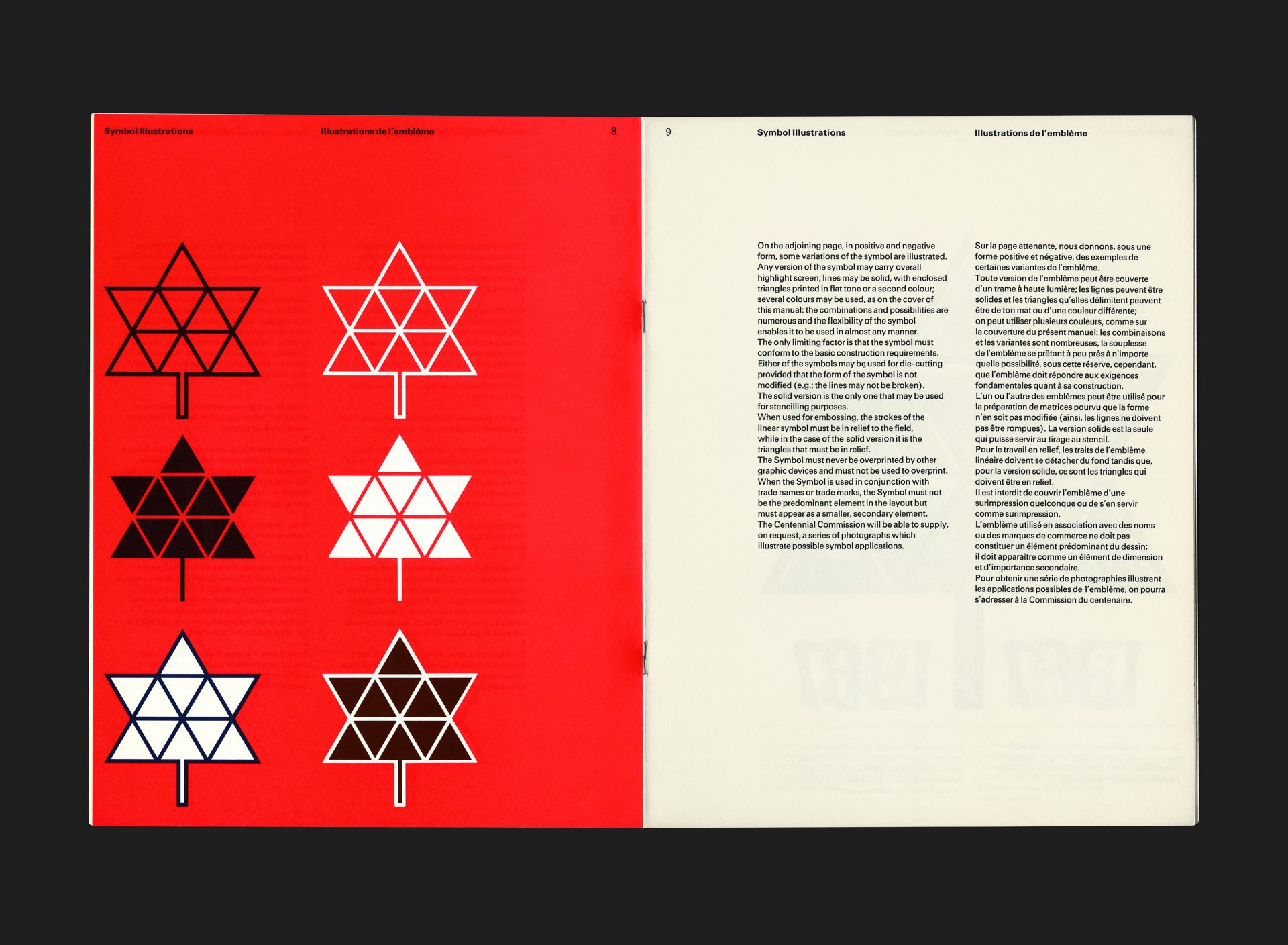 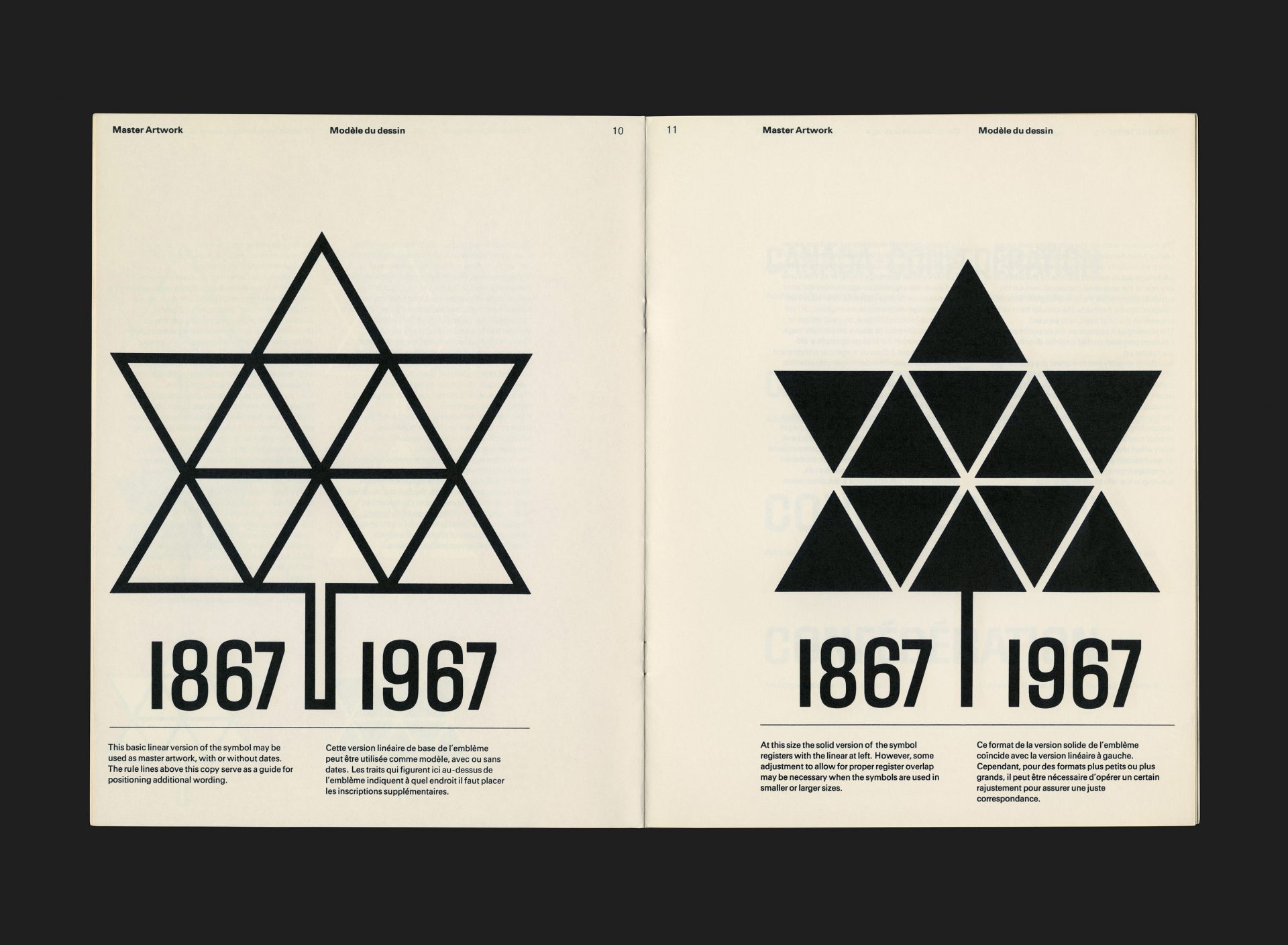 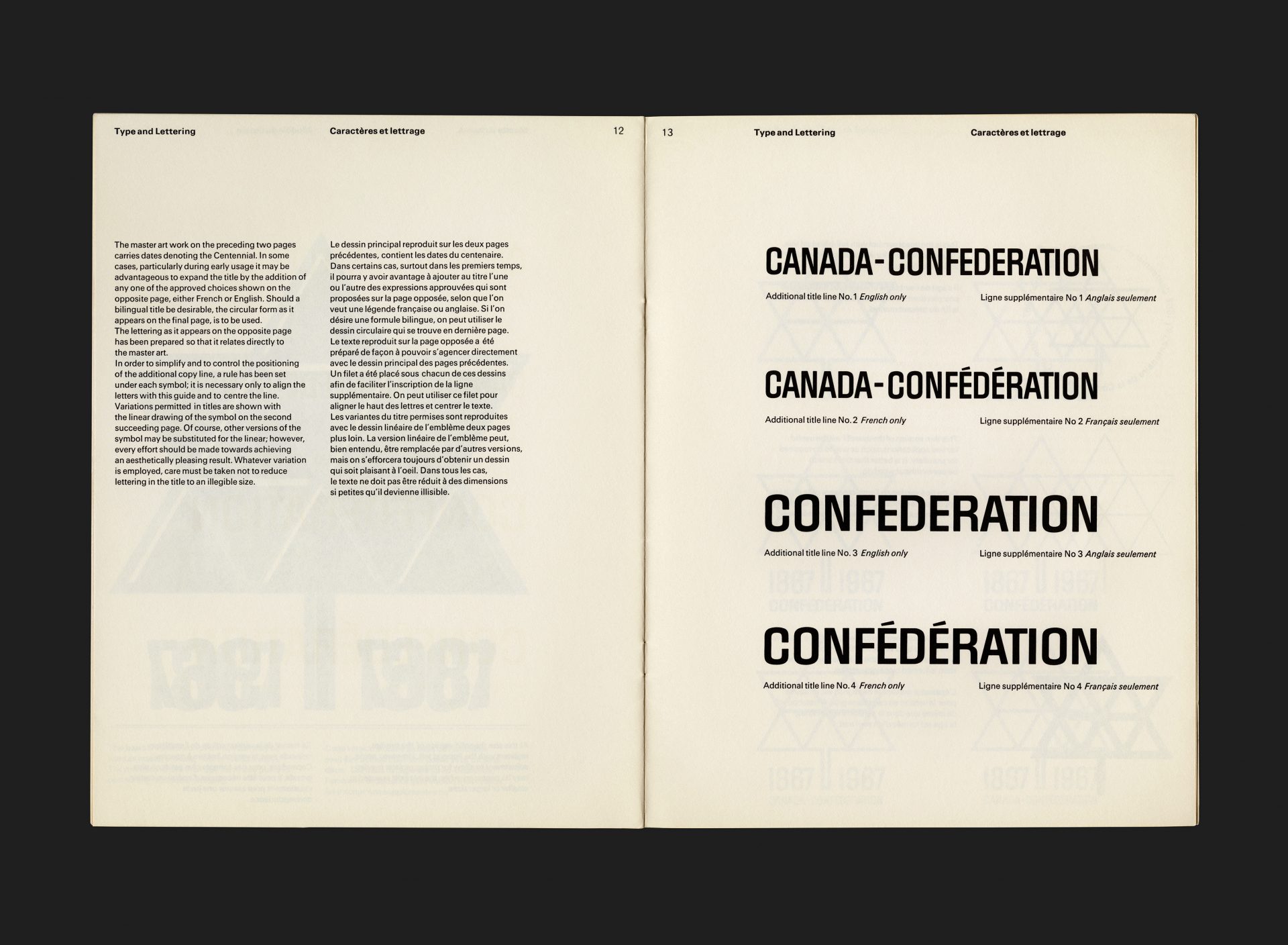 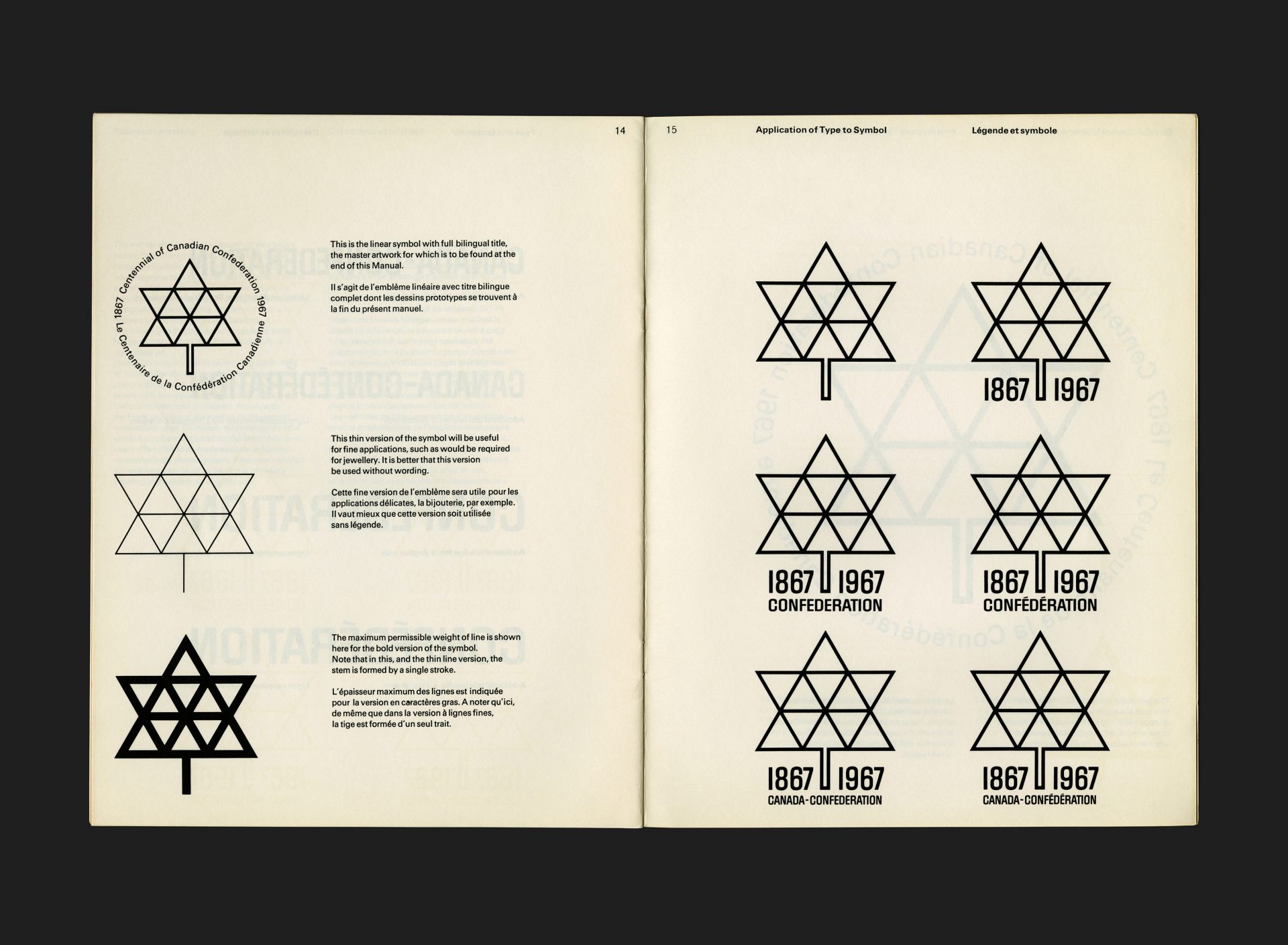 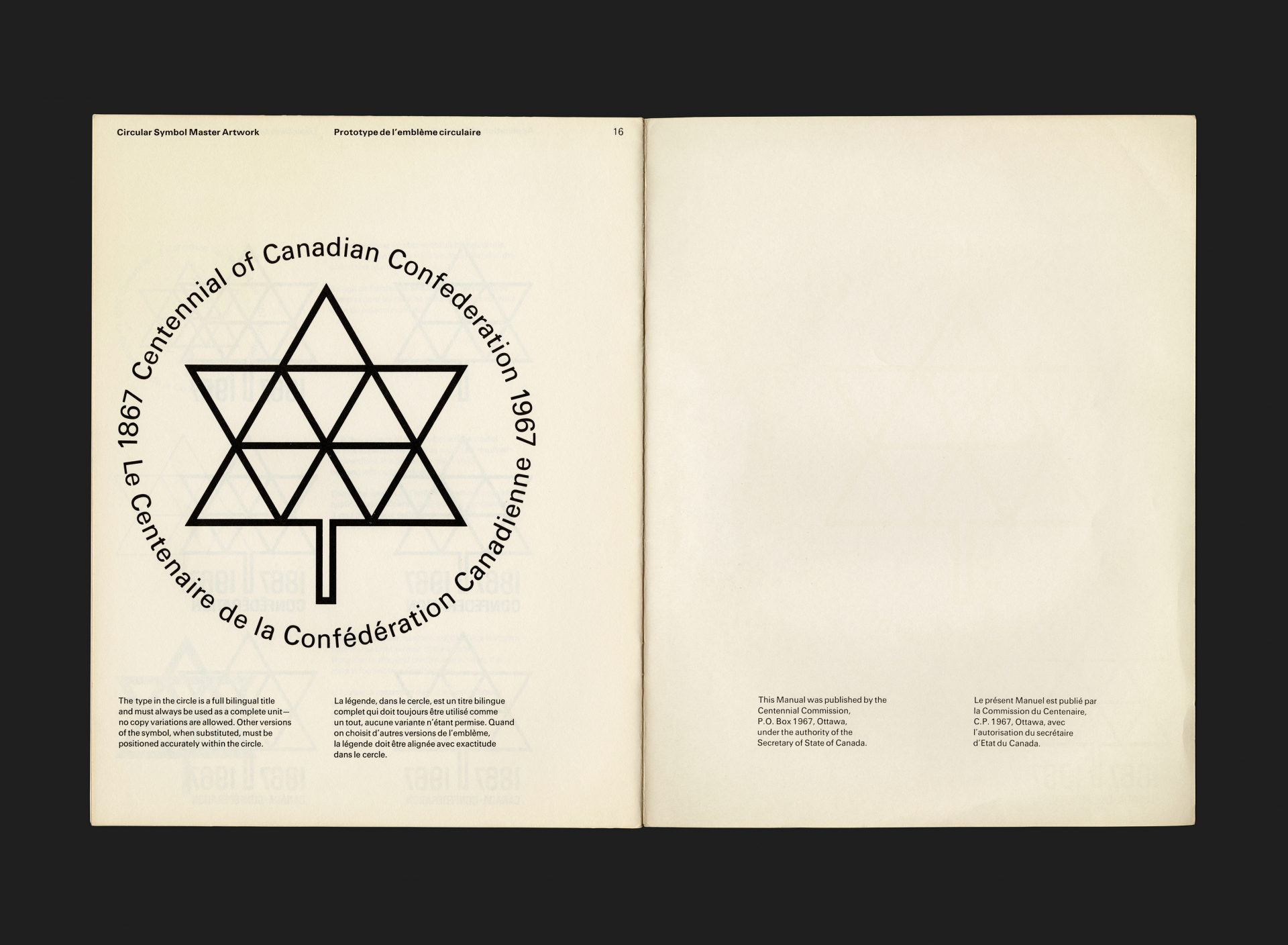 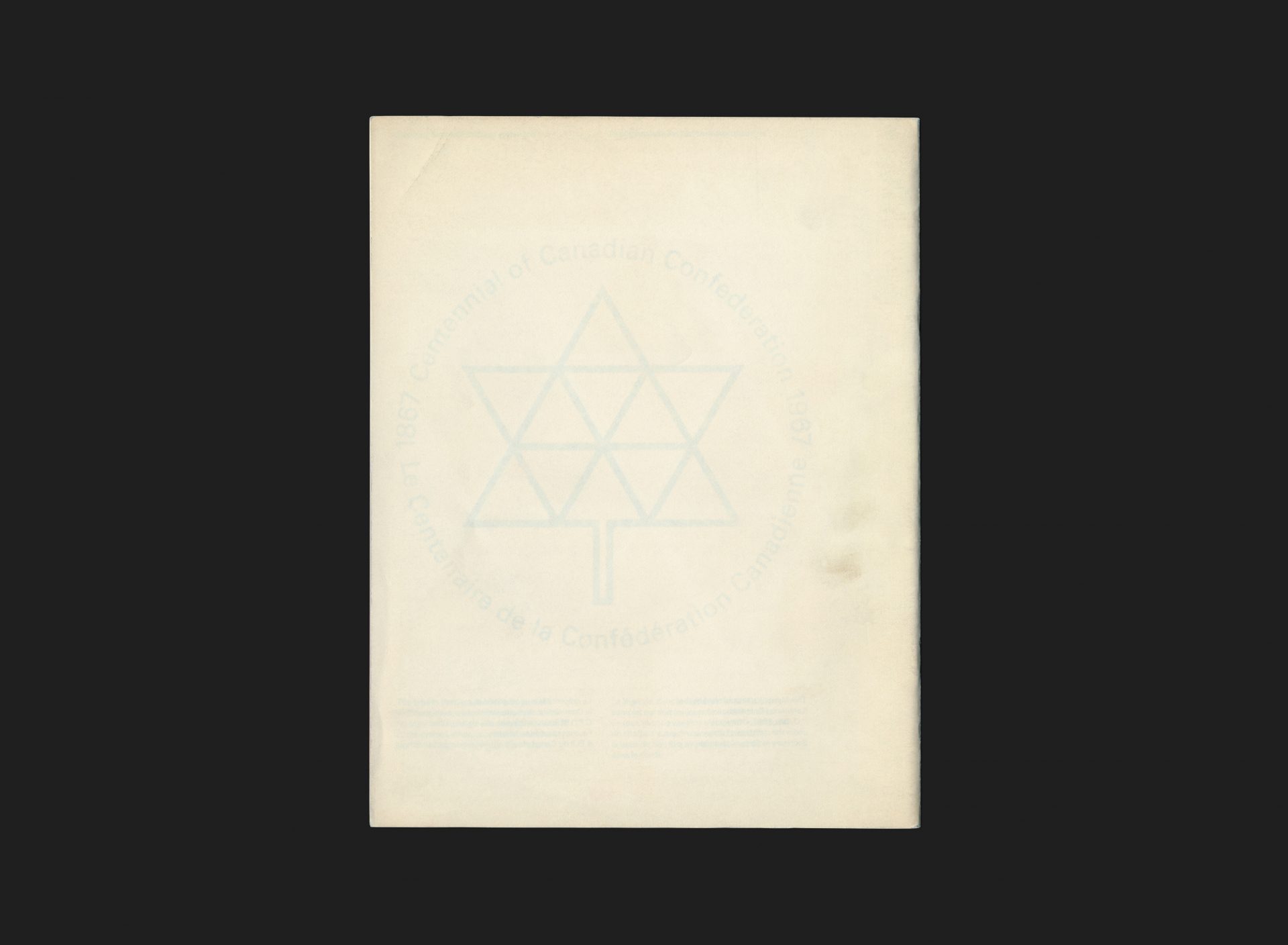 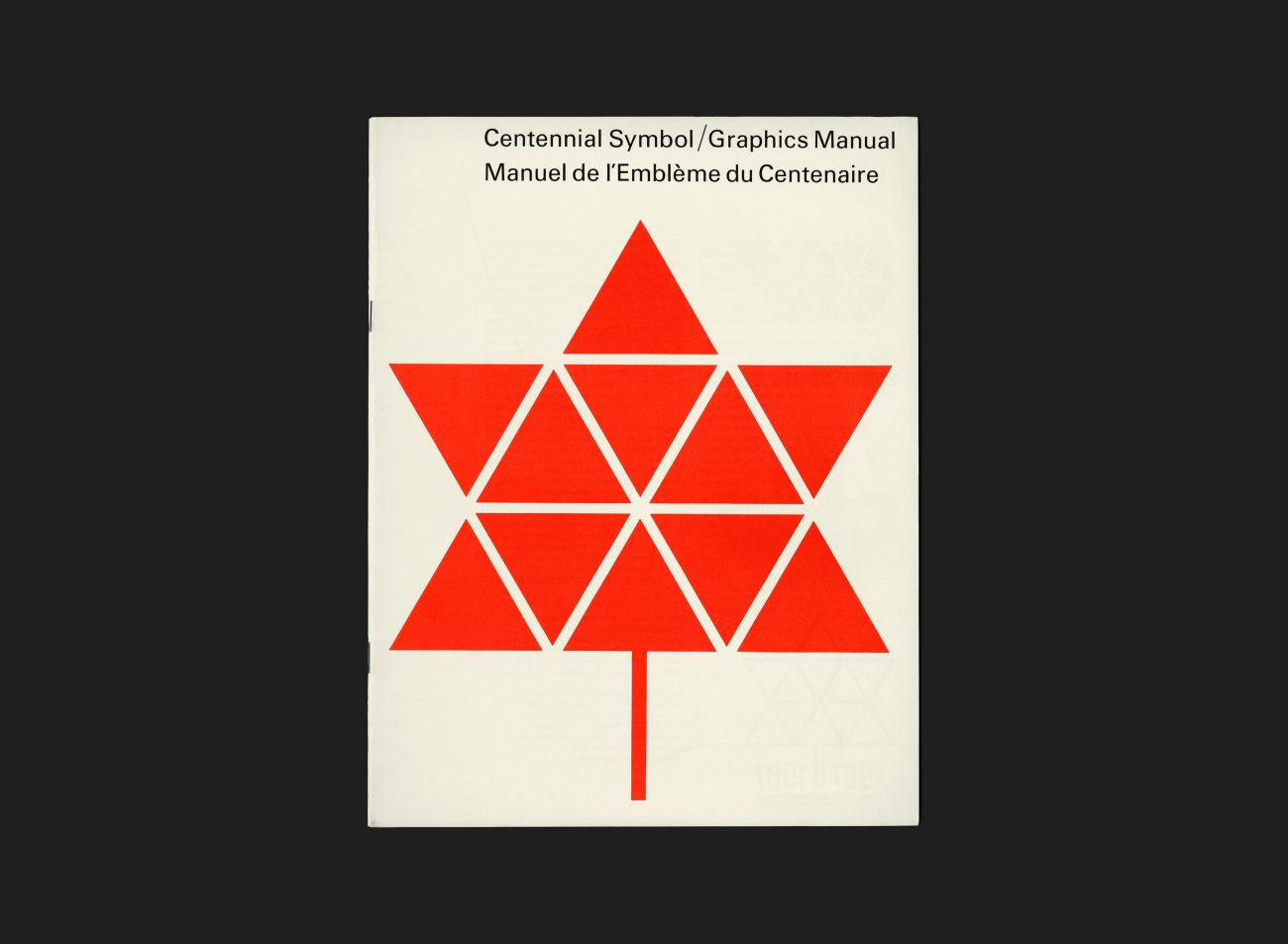 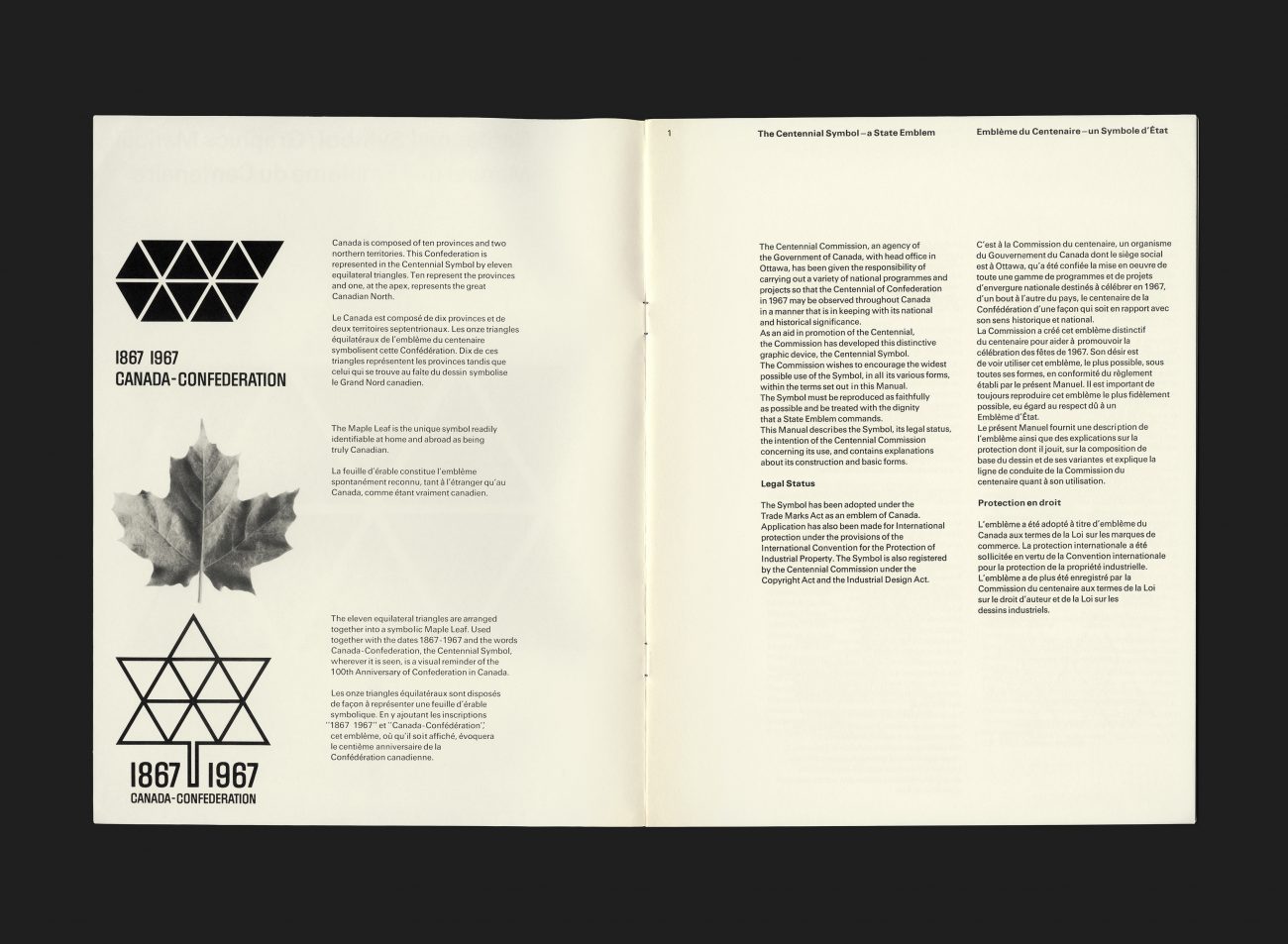 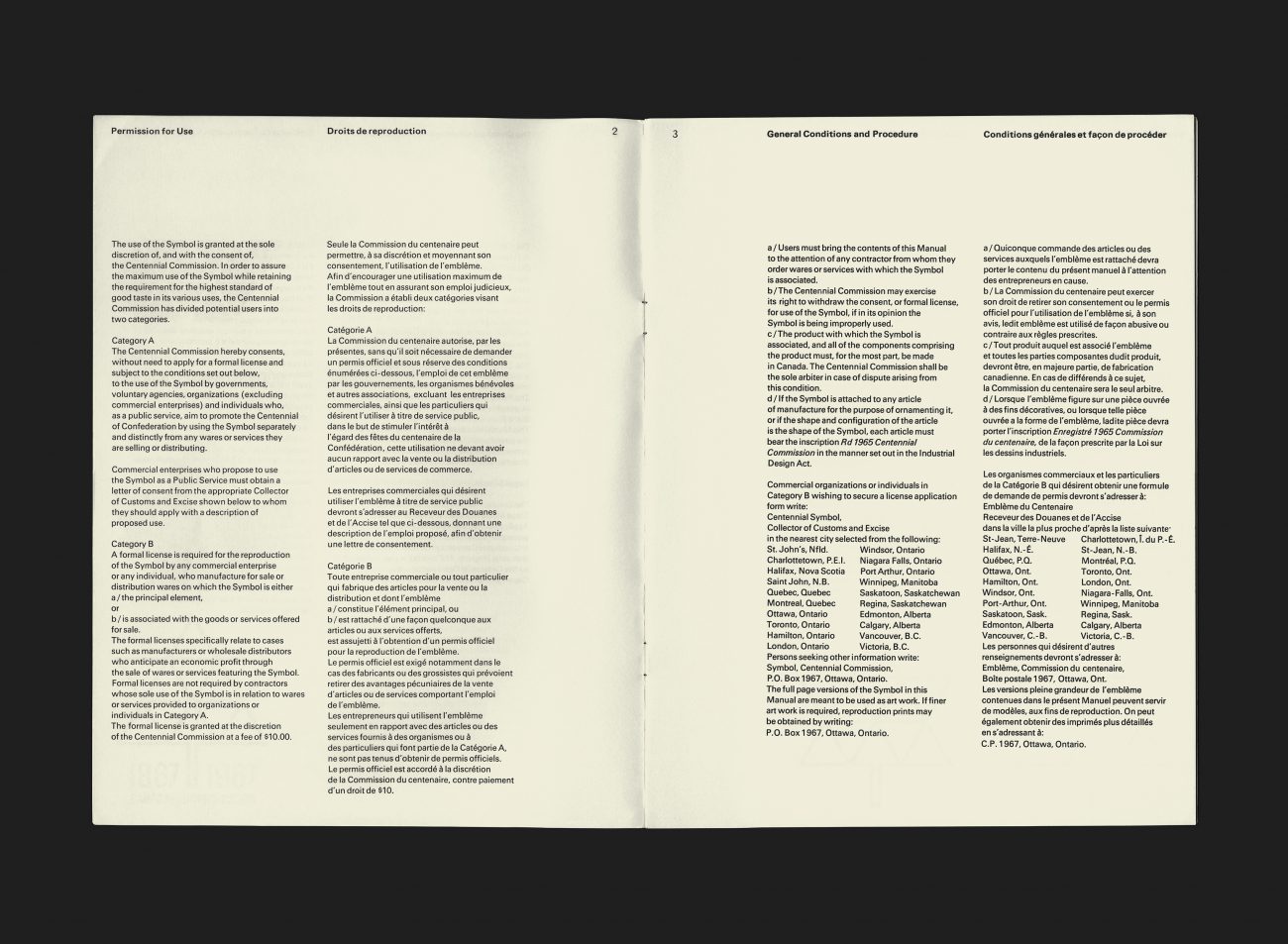 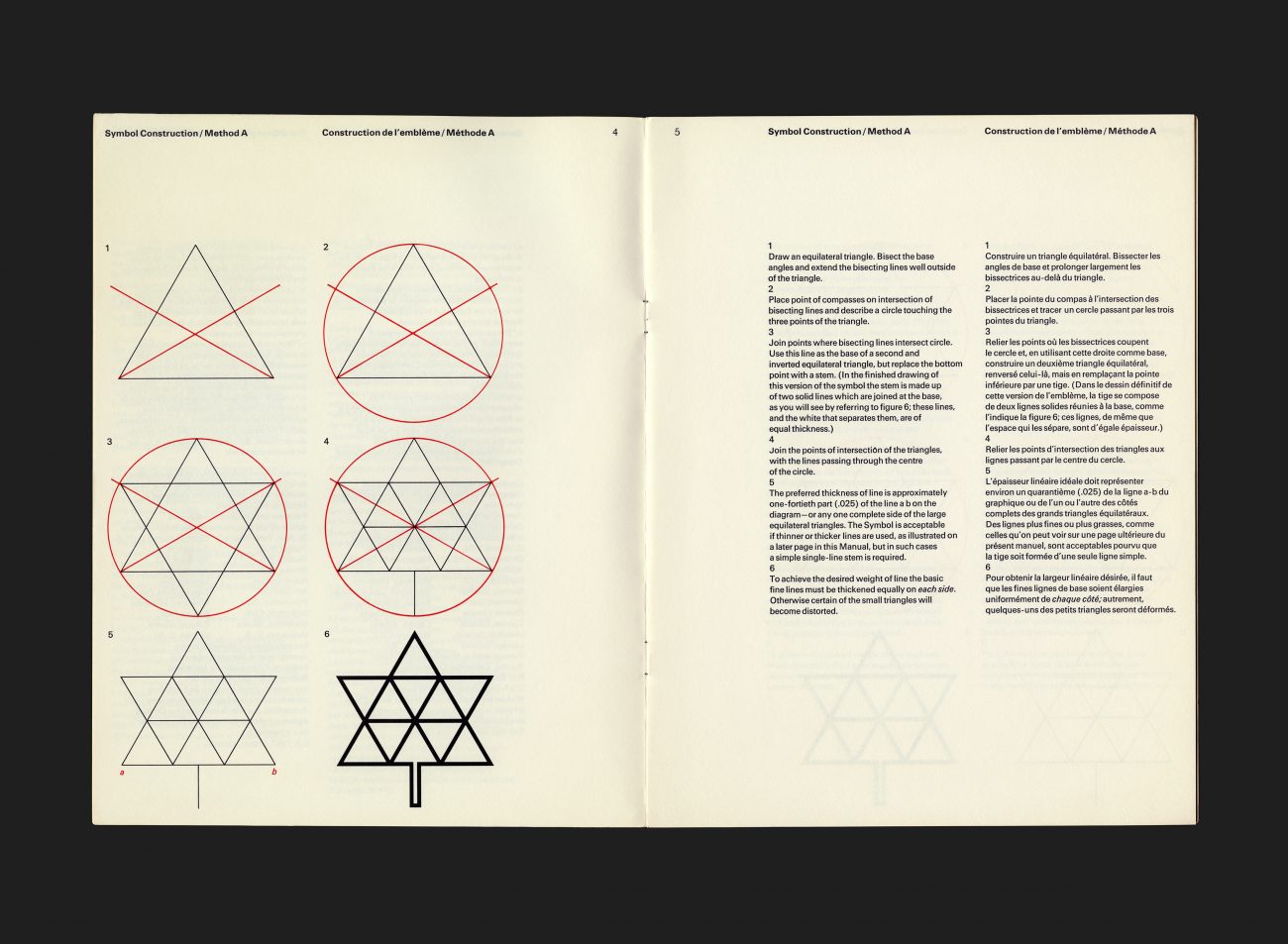 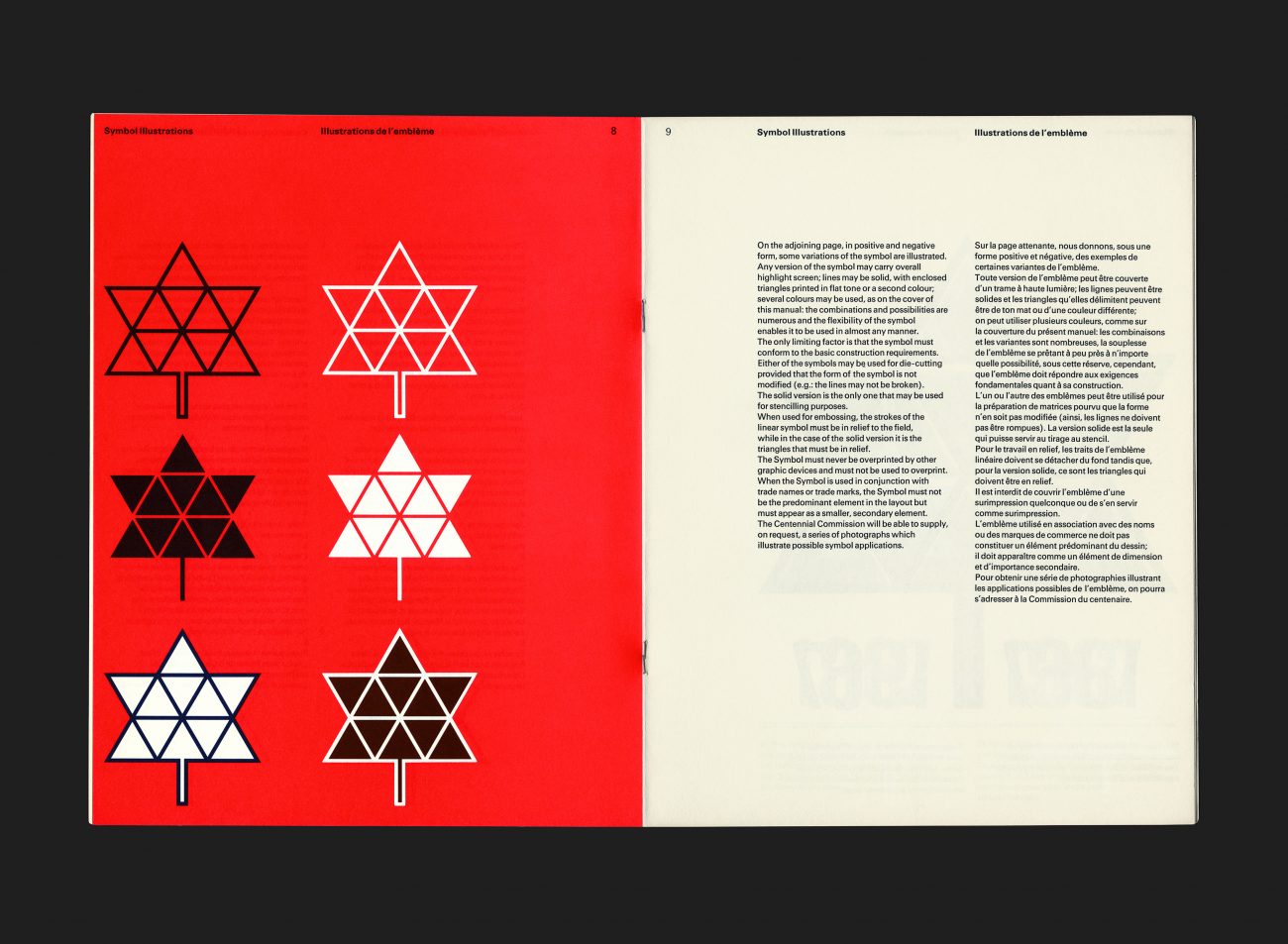 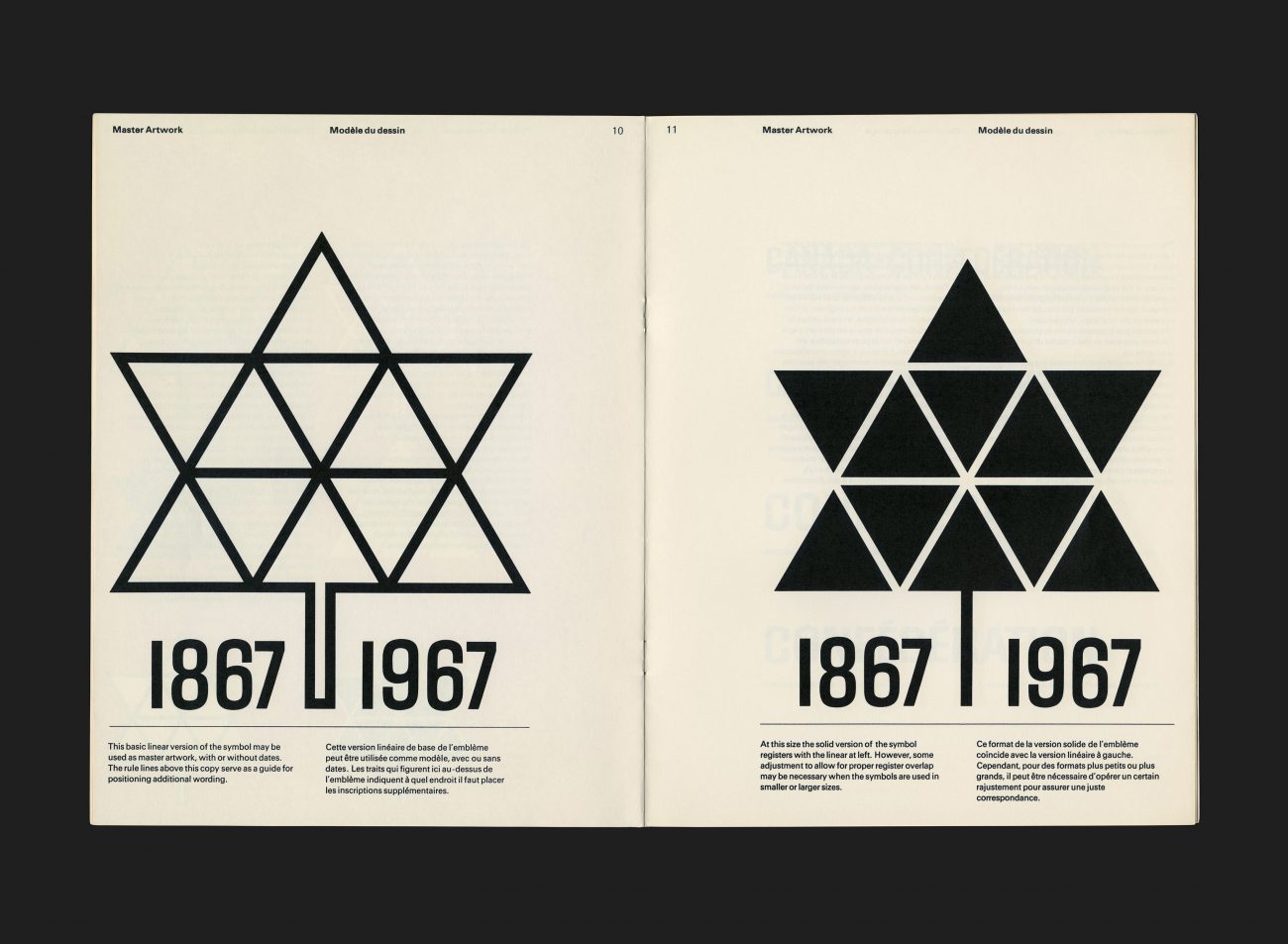 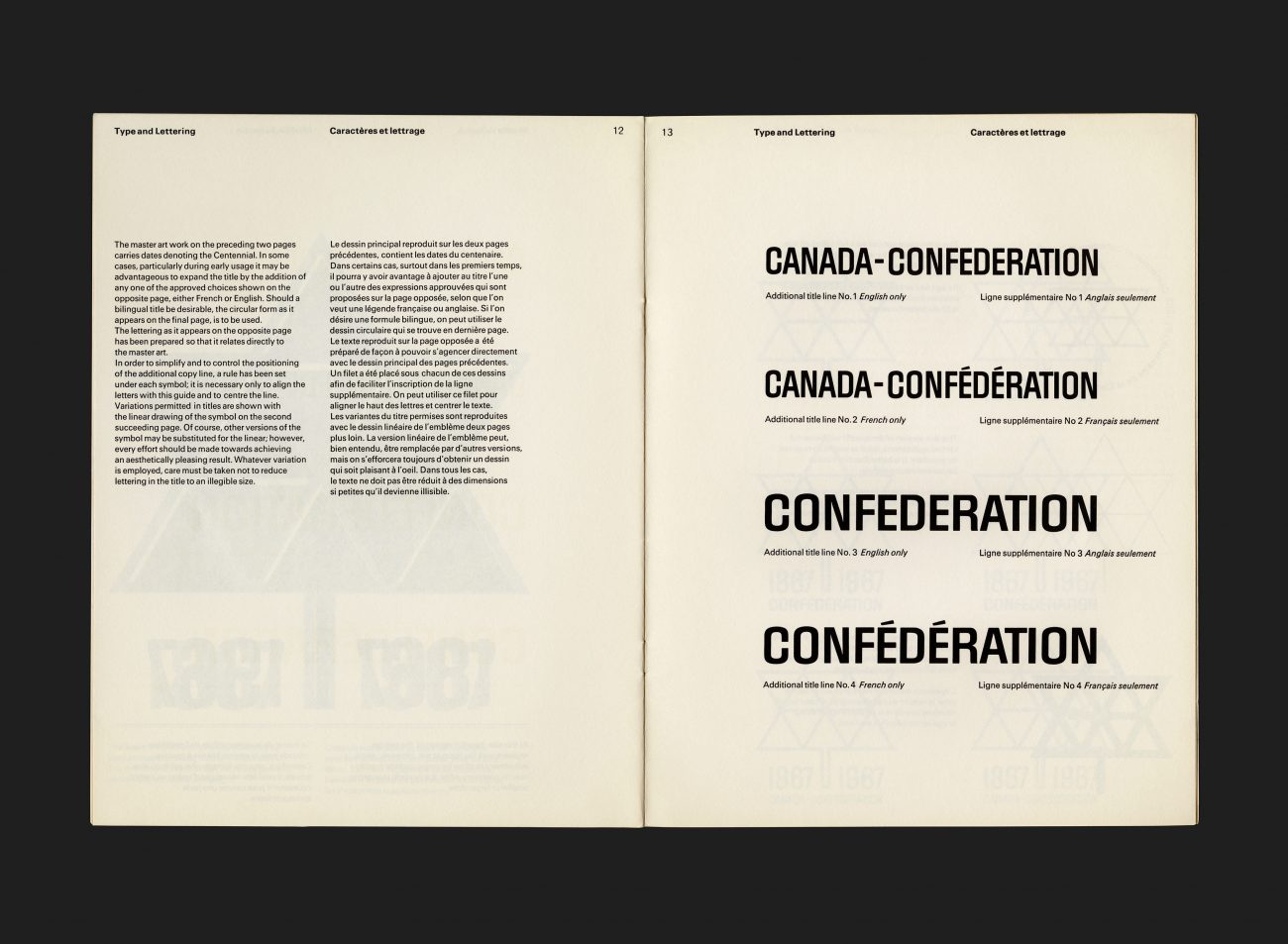 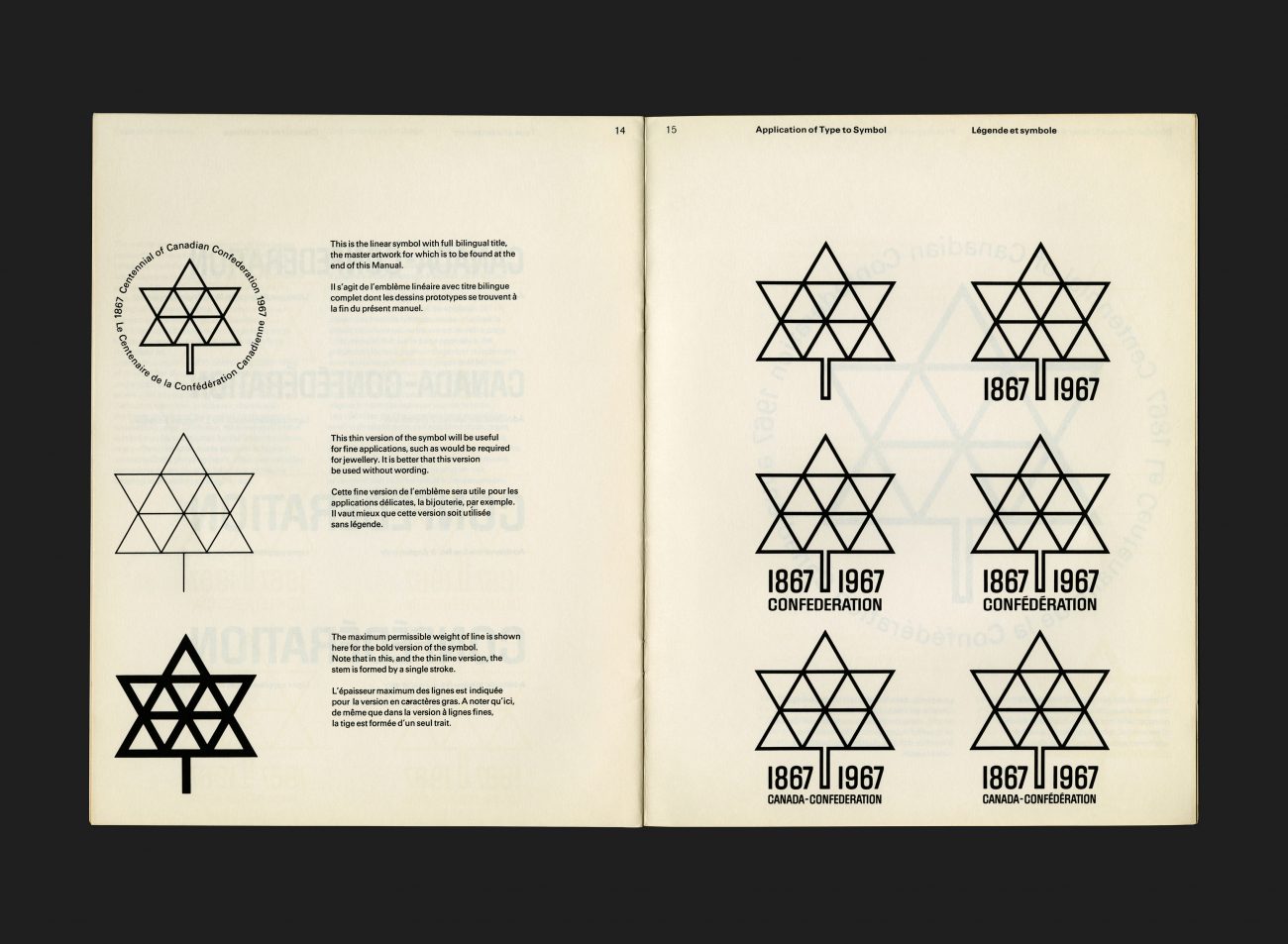 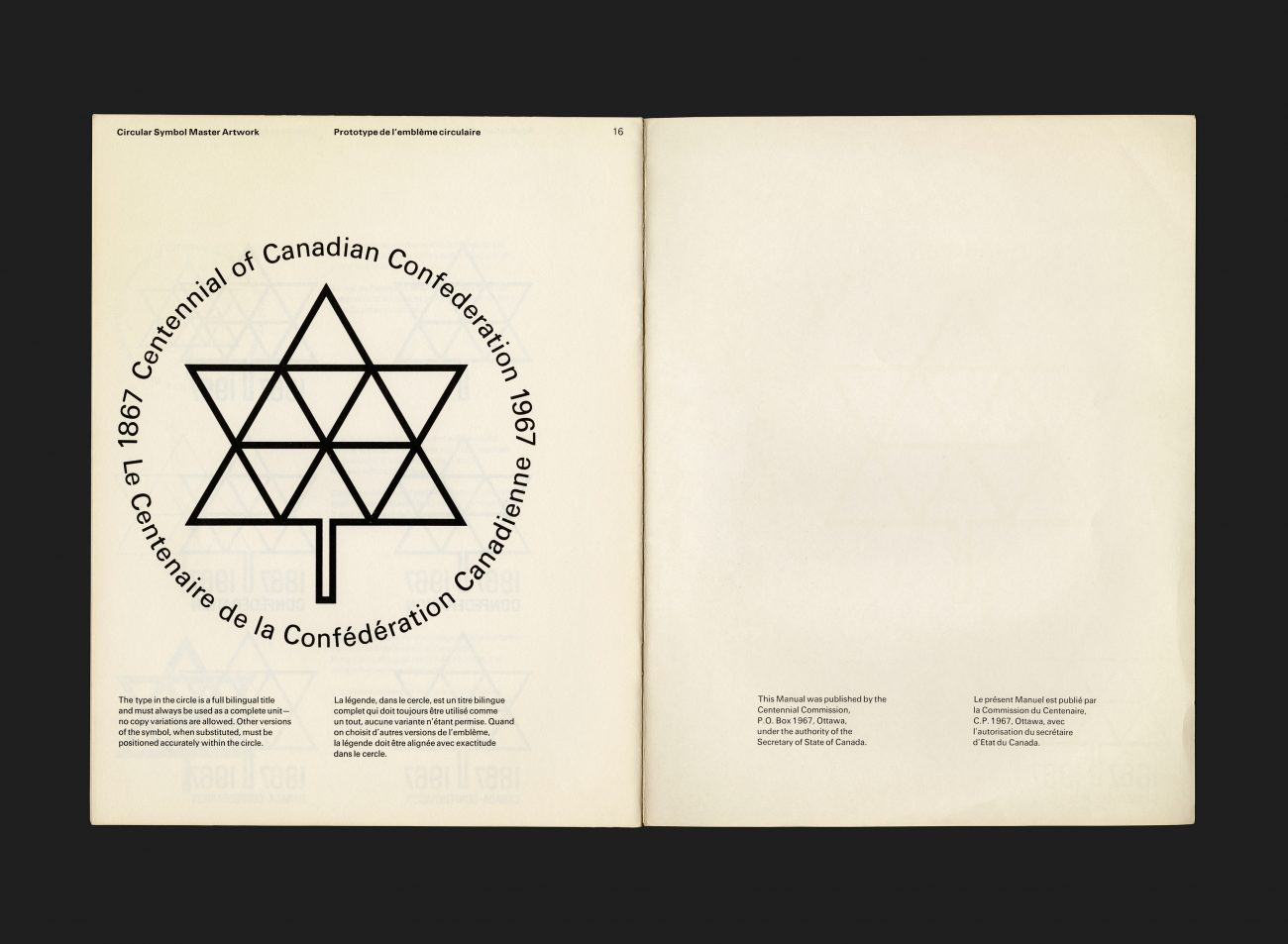 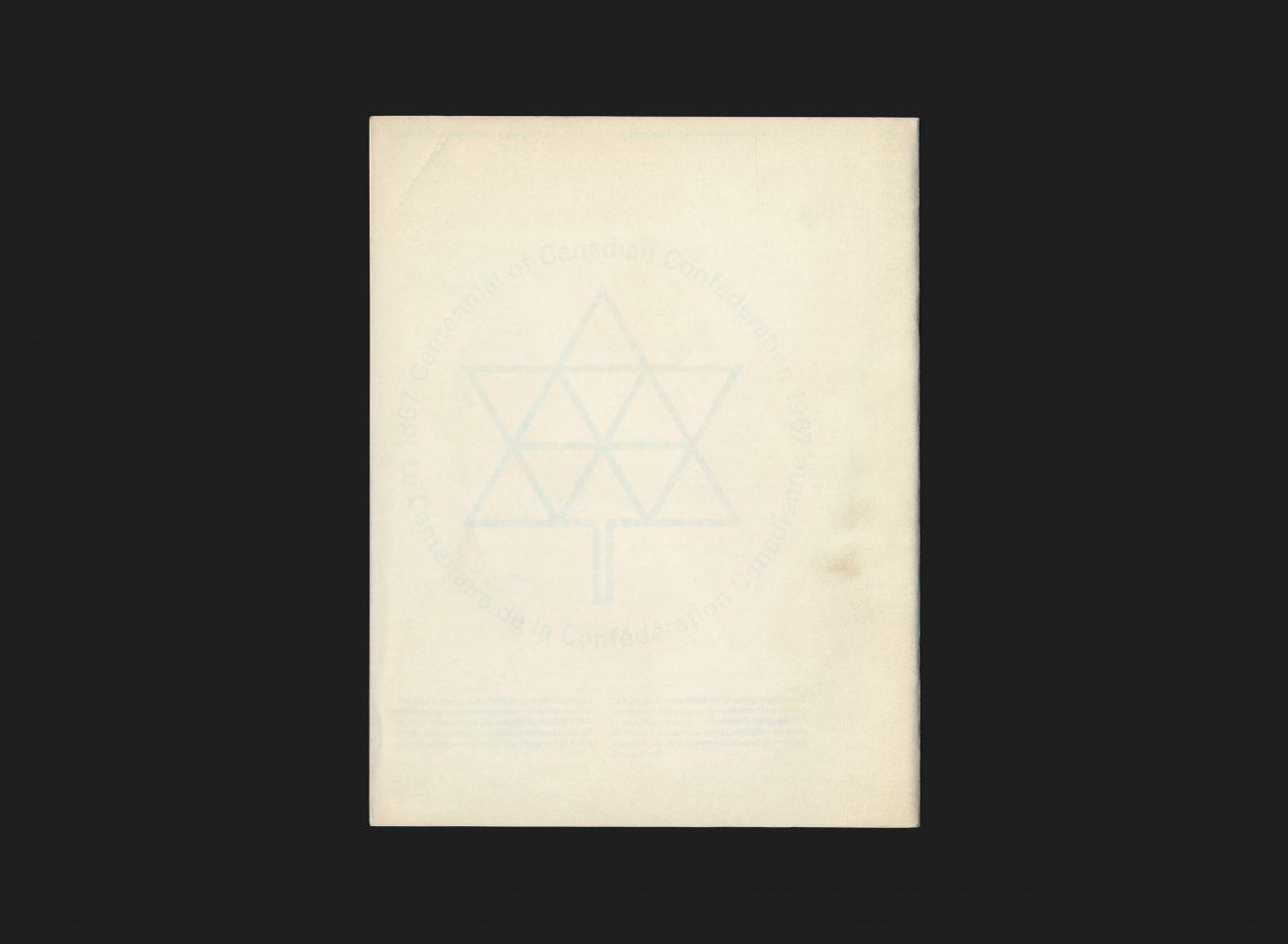 A graphic standards manual produced to support the launch and encourage widespread adoption of the Centennial symbol. The symbol itself was designed by a young Stuart Ash in his first major project after leaving OCA, while he was apprenticing for Tony Mann at Cooper & Beatty. It consists of eleven equilateral triangles representing the 10 provinces plus the North West Territories that made up Canada at that time. The manual was also designed by Ash, shortly before he left Cooper & Beatty to join Paul Arthur+Associates in Ottawa, where he would continue to work on the symbol’s implementation.

This manual is dedicated to the single colour version of the symbol, and includes two methods for drawing the symbol itself. A key part of the brief was that the symbol should be accessible to all (including its use in schools), so the ability to draw it from geometric principles was an important consideration in the final design. Although the composition for the symbol is tightly defined, there is high degree of flexibility allowed for the line weight to suit a range of different applications and scales.

Different license agreements applied for using the symbol, depending on the nature of the organisation and the work being produced. This enabled free unhindered access for Government and other non-commercial entities, while also protecting it from exploitation by opportunistic companies. Interestingly the goal was not to maximise revenue from companies wanting to reproduce the symbol on merchandise, as the commercial license was priced at just $10.

A second (possibly slightly later) version of the manual featured the full colour version of the symbol on the front cover, although the contents are largely unchanged. This version was sold for 50 cents.

The success of the Centennial symbol was considered by many design professionals as a perfect riposte against the idea of a design competition open to all, as was attempted initially before being abandoned and replaced with a proper process. Ash himself wrote an article in 2014 linking this to the method for choosing a symbol to celebrate Canada’s sesquicentennial entitled “History Repeating Itself”. You can read that on the GDC website here.

A bit of background on this particular artefact. This Centennial Symbol Graphics Manual was a personal copy of Stuart Ash’s and held in the Gottschalk+Ash library. It would have been used on projects during their infancy through 1966/67 and brought over from his time at Paul Arthur+Associates (where Fritz had also worked) and Cooper & Beatty. Thank you to Entro Communications for allowing Canada Modern to lovingly preserve and record this important and significant document.