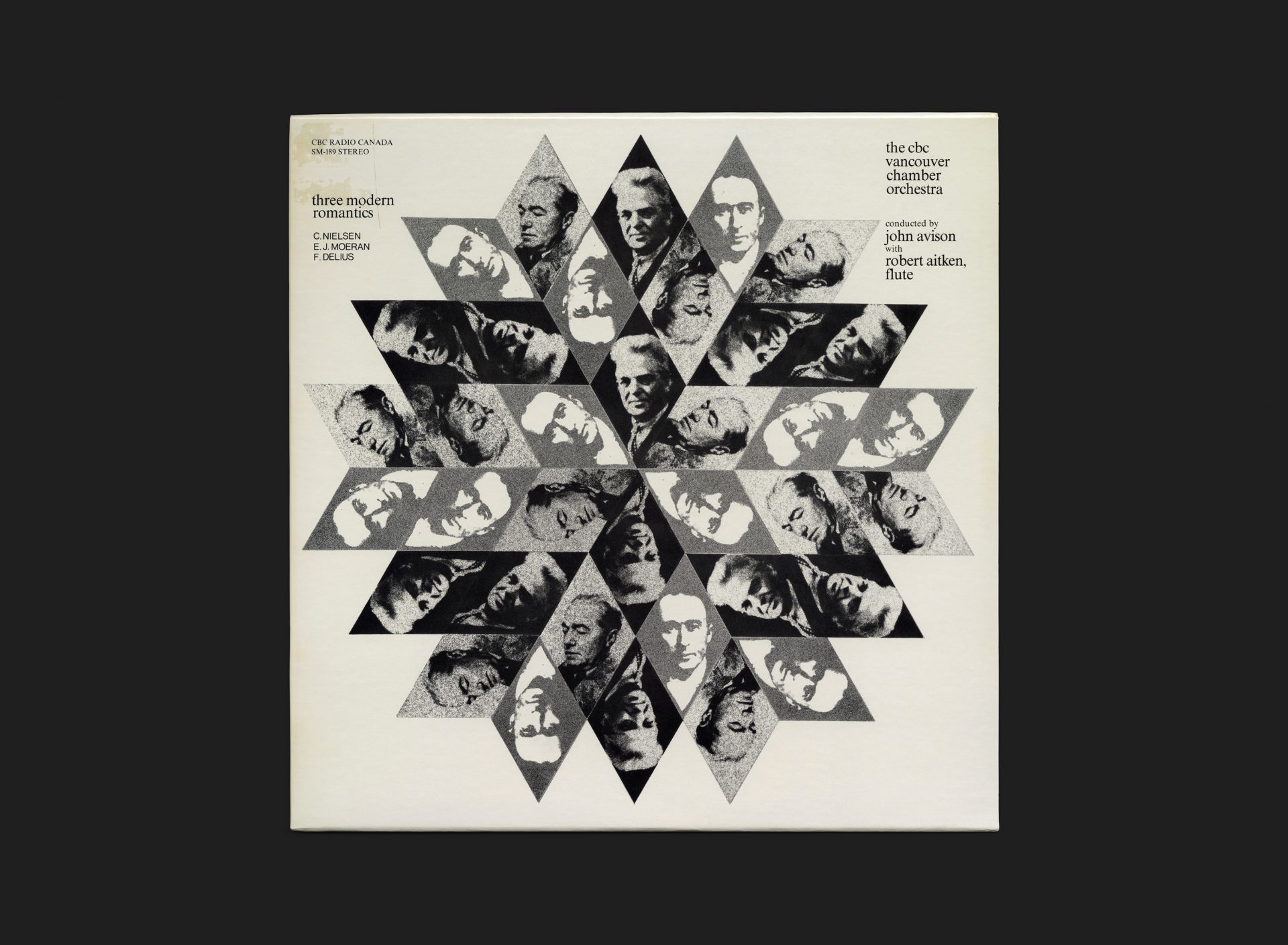 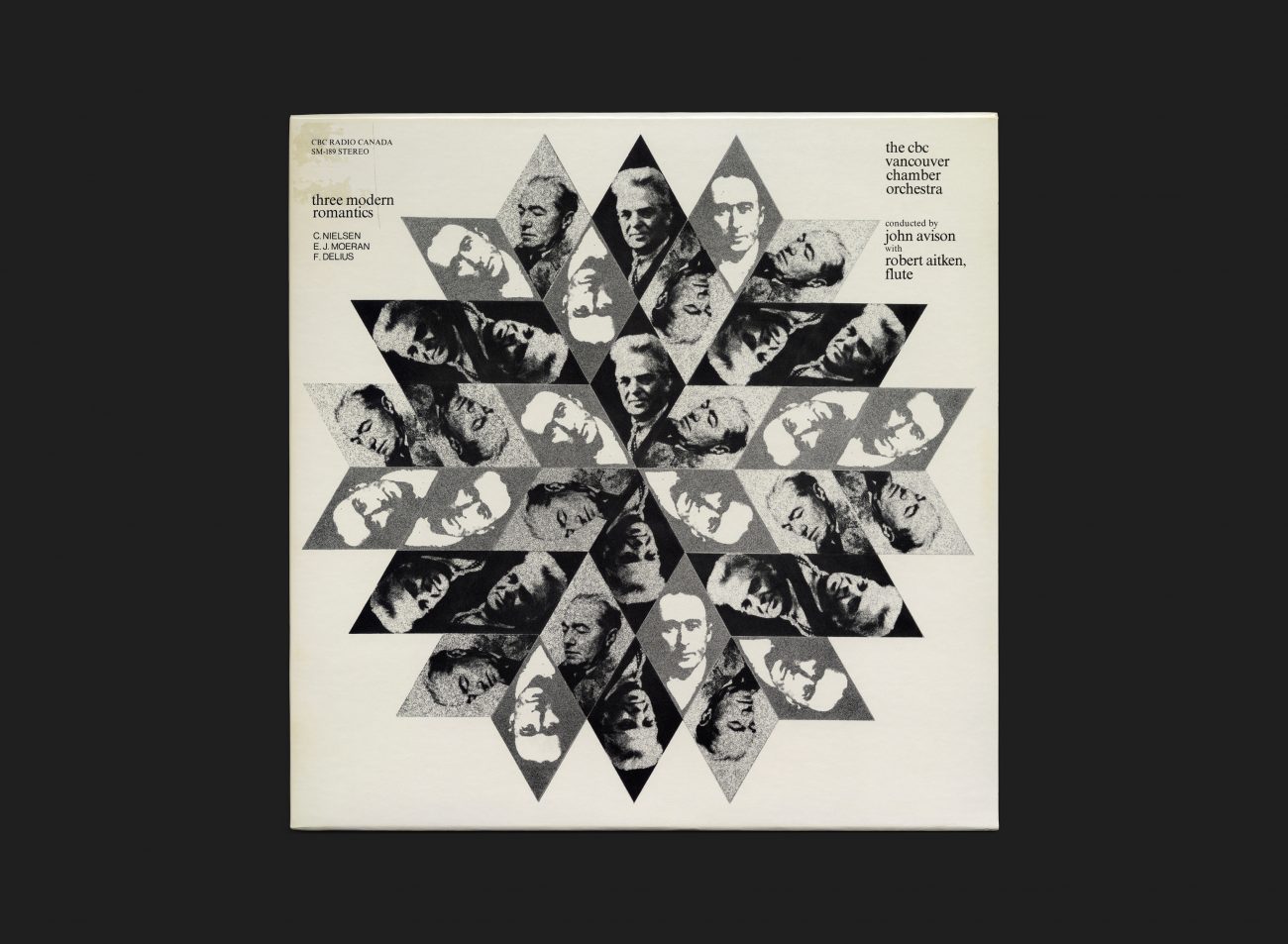 This LP features a recording of a performance, which took place on October 28th and 29, 1971 at Ryerson Church in Vancouver, British Columbia. It features the work of, and the title of this record, ‘three modern romantics’: Danish composer Carl Nielsen, and English composers Ernest John Moeran and Frederick Delius. The concerts were conducted by Canadian John Avison with Robert Aitkin (conductor and flautist).

The sleeve design is printed in black ink only and is typographically set in New Times Roman throughout. The front side features a snow crystal-like composition cleverly constructed of 36 diamonds, each containing one of three portraits of the featured composers and individually adjusted tonally to produce a faceted visual aesthetic — as well as a direct connection to the complex, layered sound produced by an orchestra.