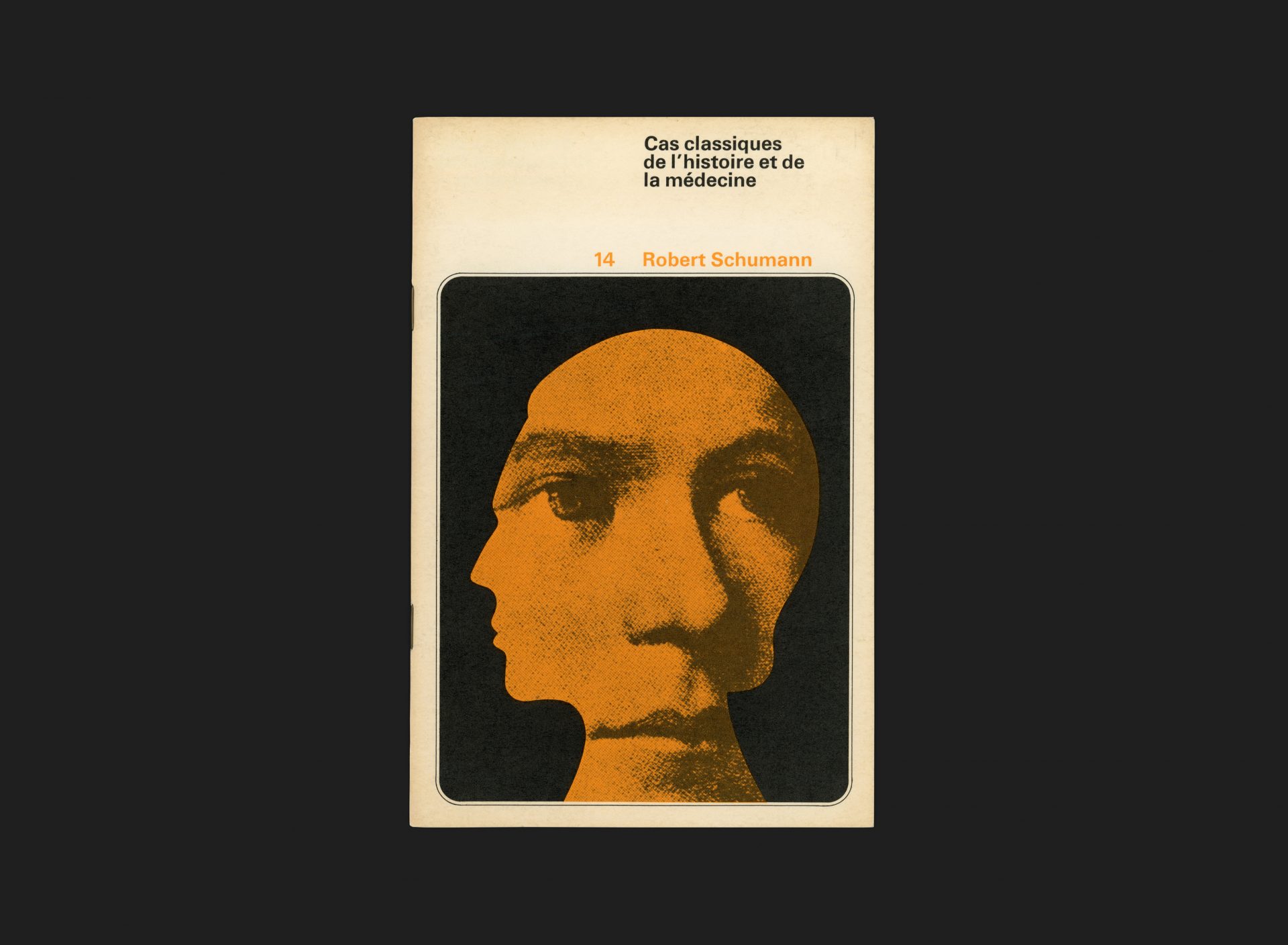 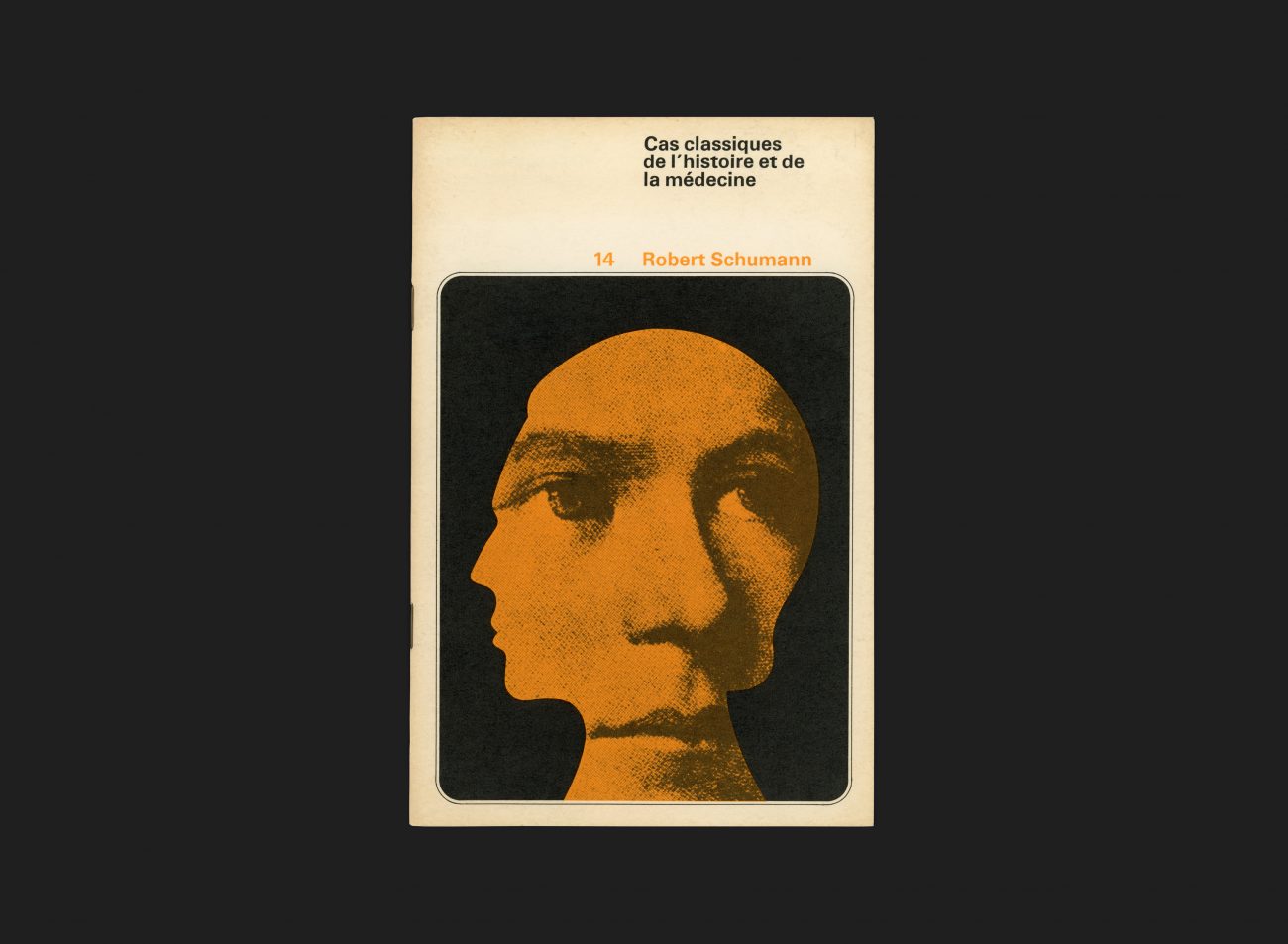 Hoffman-La Roche had traditionally been Rolf Harder’s client, and as a relatively new studio, it was quite a coup for G+A to be selected over their more established Montréal rival Design Collaborative.

This small booklet formed part of a series, each with a two-colour cover design. German composer Robert Schumann suffered from a mental disorder that led him to manic depression, attempted suicide and a spell in a mental asylum before his untimely death in 1854. The cover features the man inside his own mind, while the contents combine historical details of his condition together with information on modern drugs that relate to the subject matter.