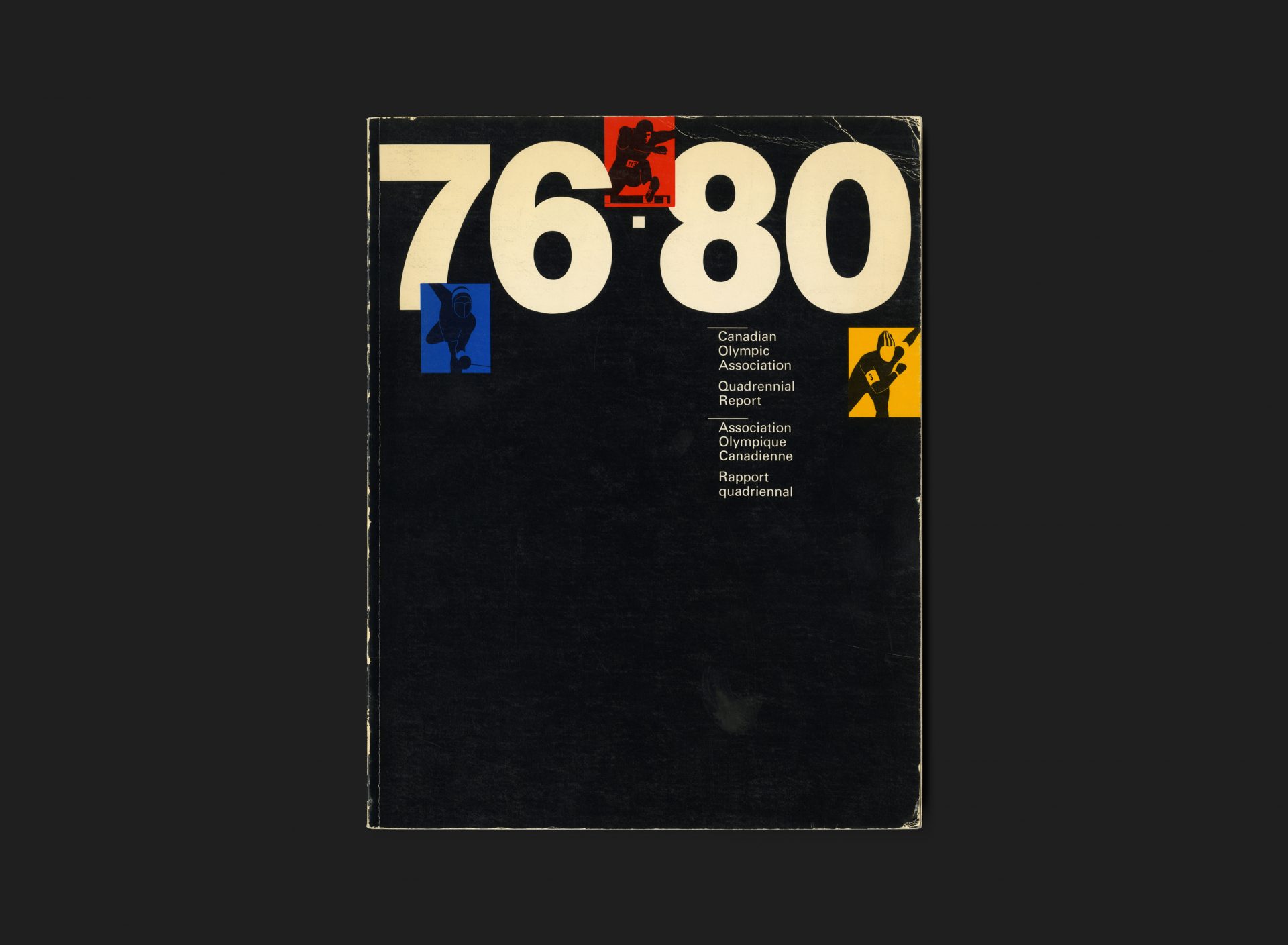 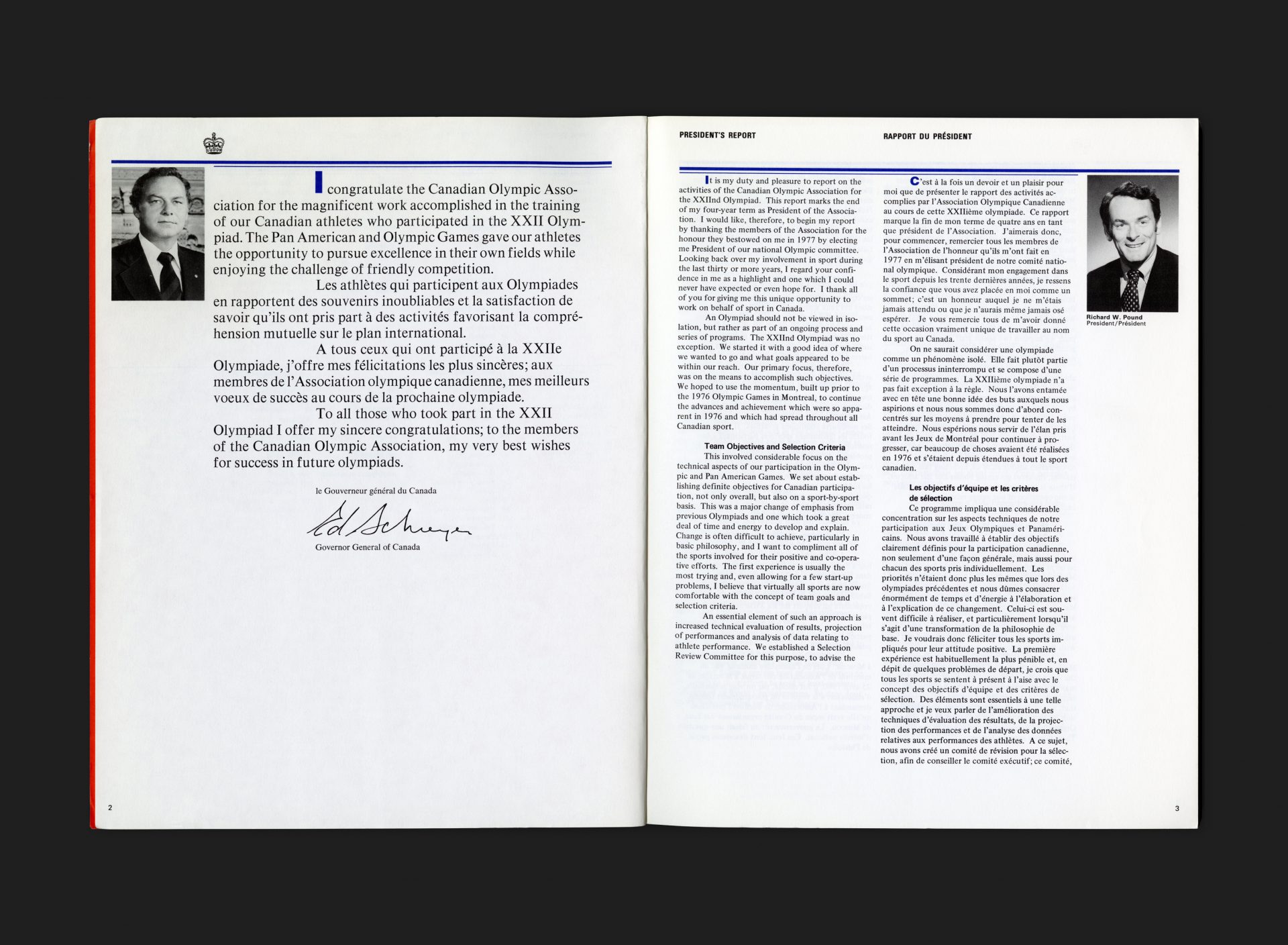 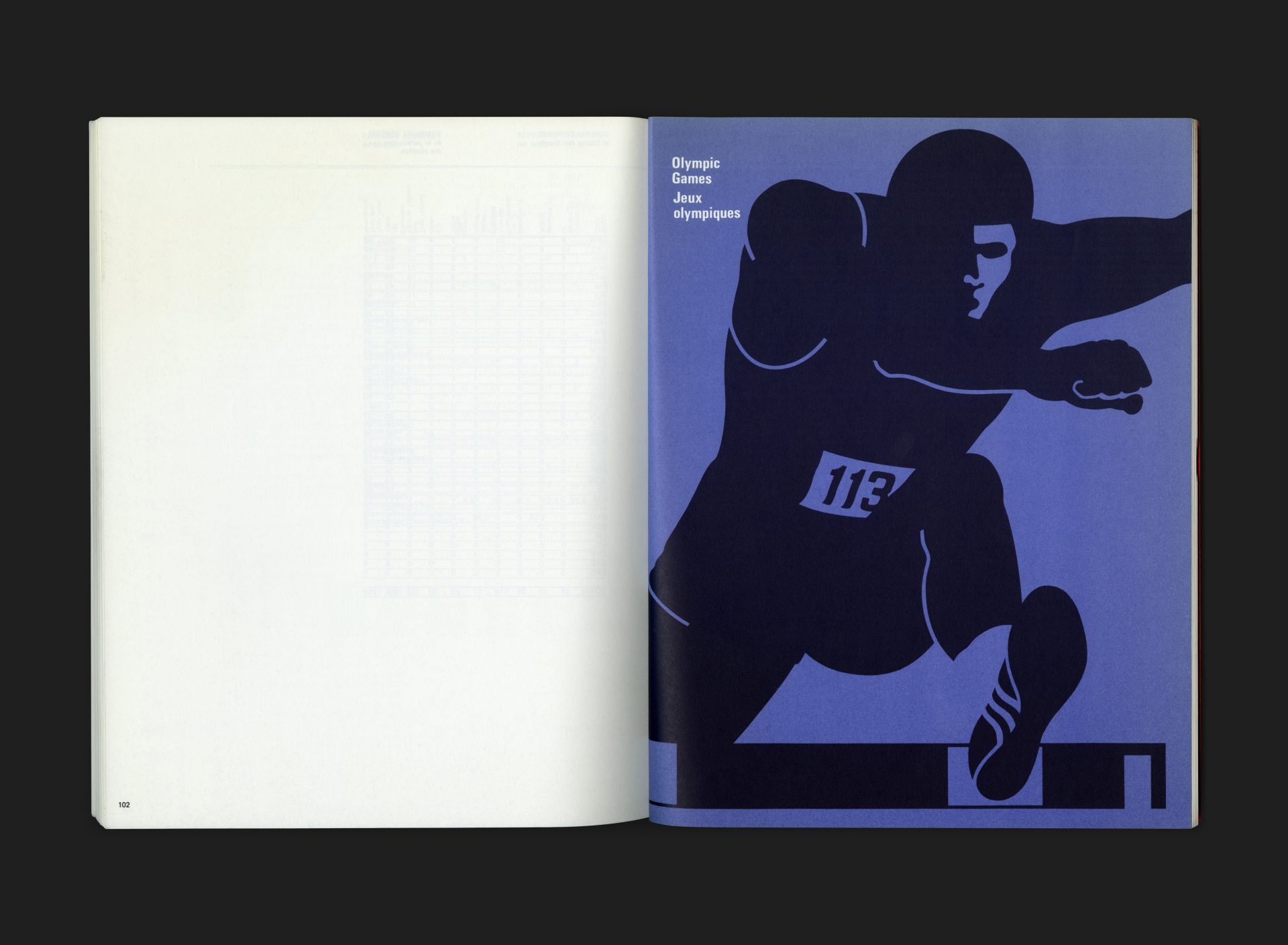 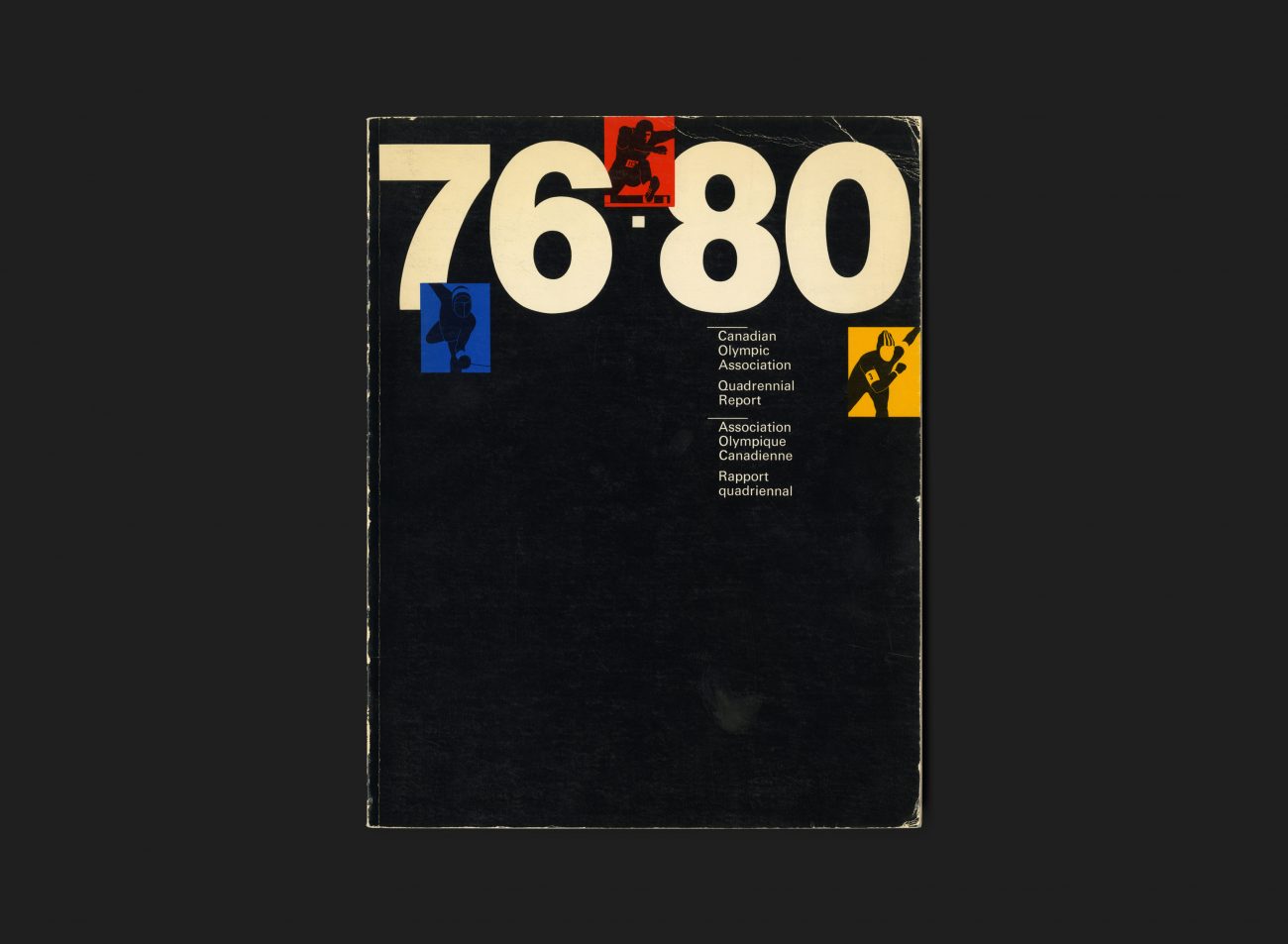 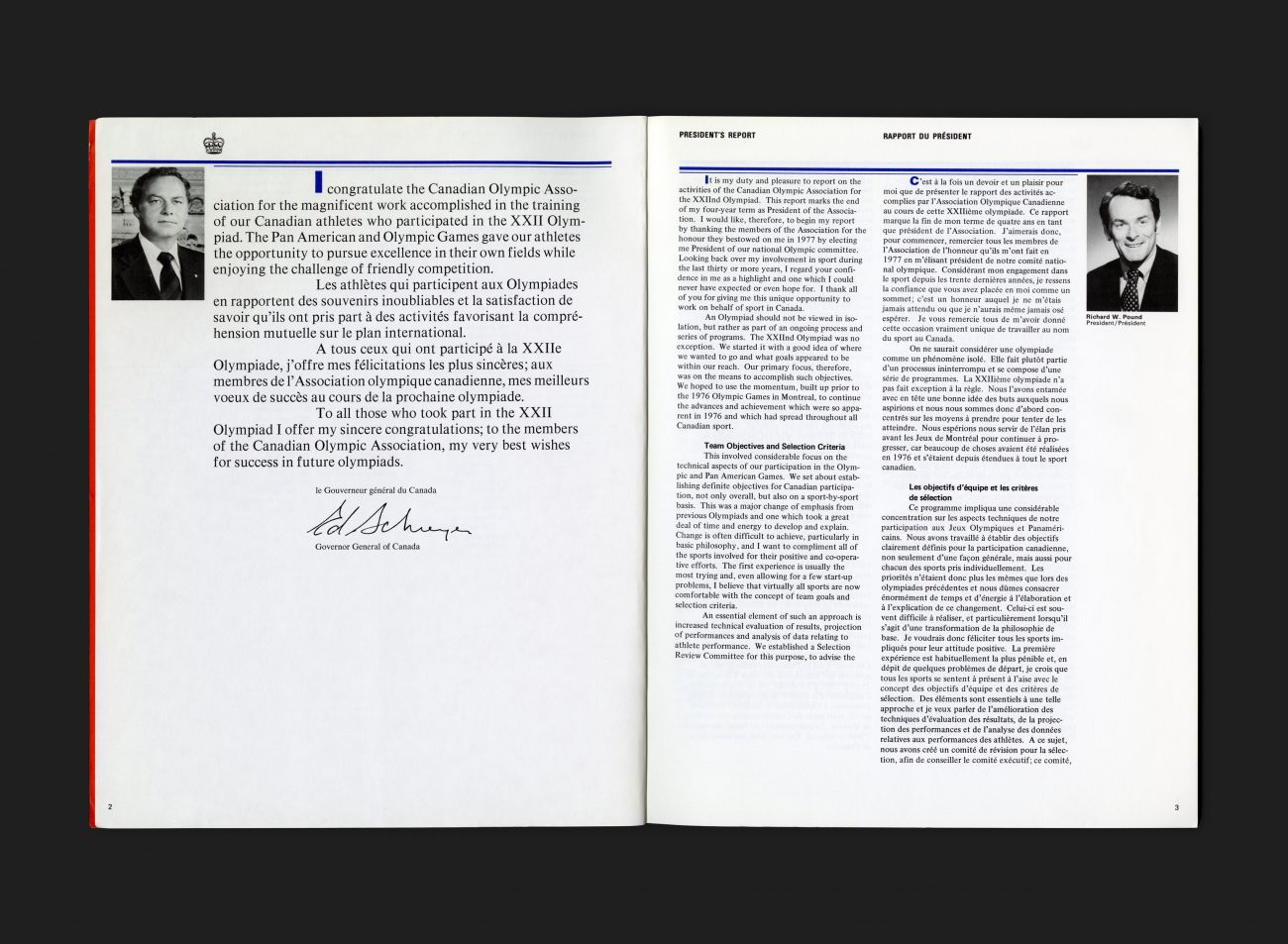 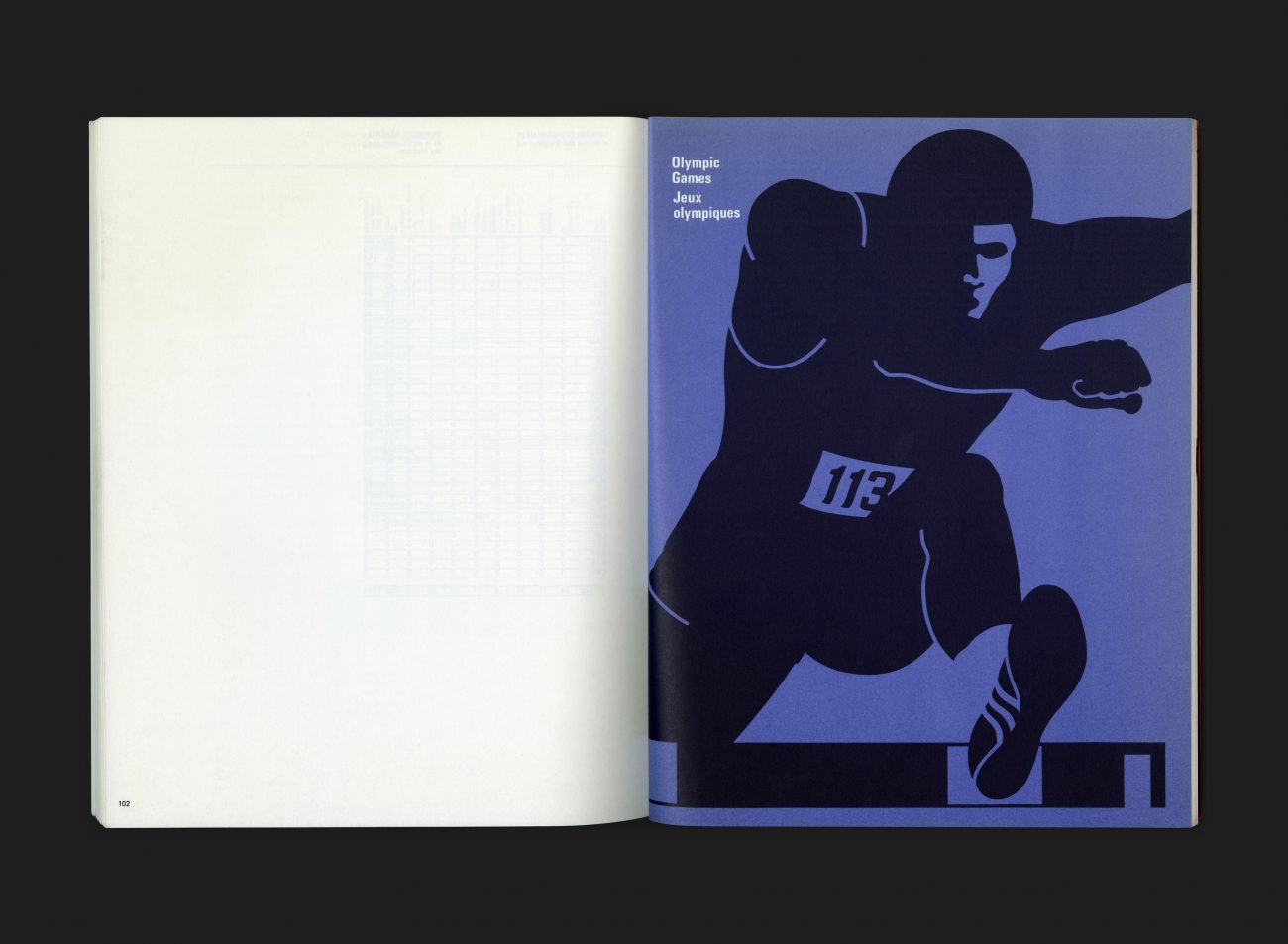 The Canadian Olympic Committee was established in 1904, following the St. Louis Summer Olympic Games. However, it was not until 1907 that the International Olympic Committee (IOC) officially recognized Canada as having their own National Olympic Committee (NOC). In 1937, the organization was renamed the Canadian Olympic Association (COA) and since then has remained responsible for all aspects of Canada’s involvement and participation within the Olympic Movement, as well as managing a wide variety of cultural and educational programs promoting Olympic values across Canada.

This report represents 4 years of the COA following the Montréal Summer Games and coincides with the full term of its then elected President, Richard W. Pound (Canadian Swimming Champion and Olympian). The document is split into 4 distinct sections. The first covering various individual reports from COA leaders and activities within the association. Beyond this, each section is marked with a full page (blue and black) illustration. The first of these sections is presented with a ‘fencer’, and covers Canada’s team and participation within the Pan-American Games, held in San Juan, Puerto Rico, from July 1 to July 15, 1979. The second section is a ‘speed skater’ and covers the Winter Olympics held in Lake Placid, New York, from February 13 to February 24, 1980. The final section is represented with a ‘hurdler’ and covers the Olympic Games in Moscow from July 19 to August 3, 1980 which Canada, along with 65 other nations, boycotted in protest of the Soviet invasion of Afghanistan.

The cover incorporates large Helvetica numerals, denoting the period of the report, interlayered with the 3 sporting illustrations used to mark the sections mentioned above. These are coloured in 3 of the official Olympic colours (blue, red, yellow) and sat on a black background (a further official colour). Only green is absent to complete the full Olympic palette.

In April 2002, the organization was once again renamed the Canadian Olympic Committee, aligning it with most other NOCs and establishing a bilingual acronym, working in both English and French.