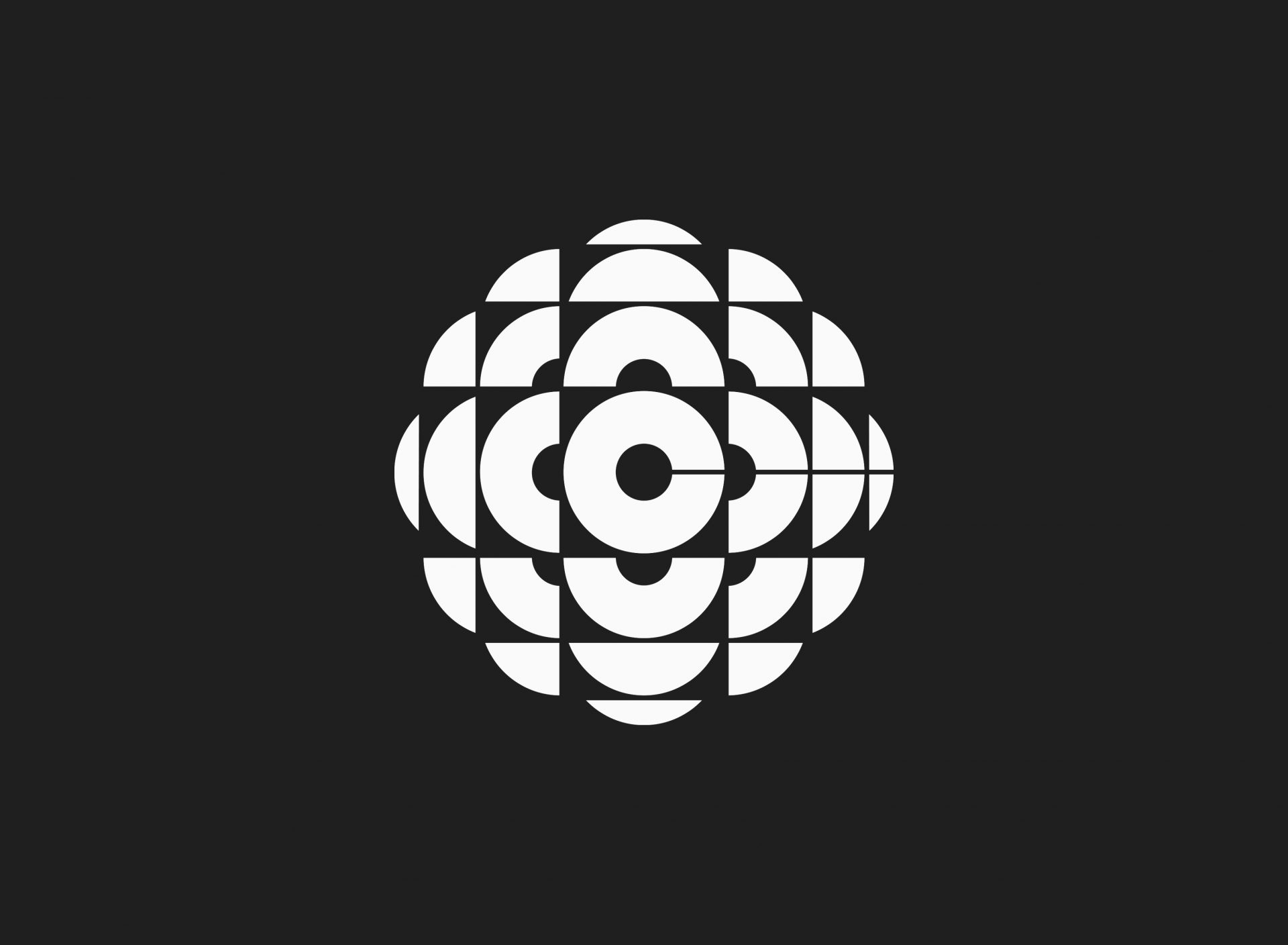 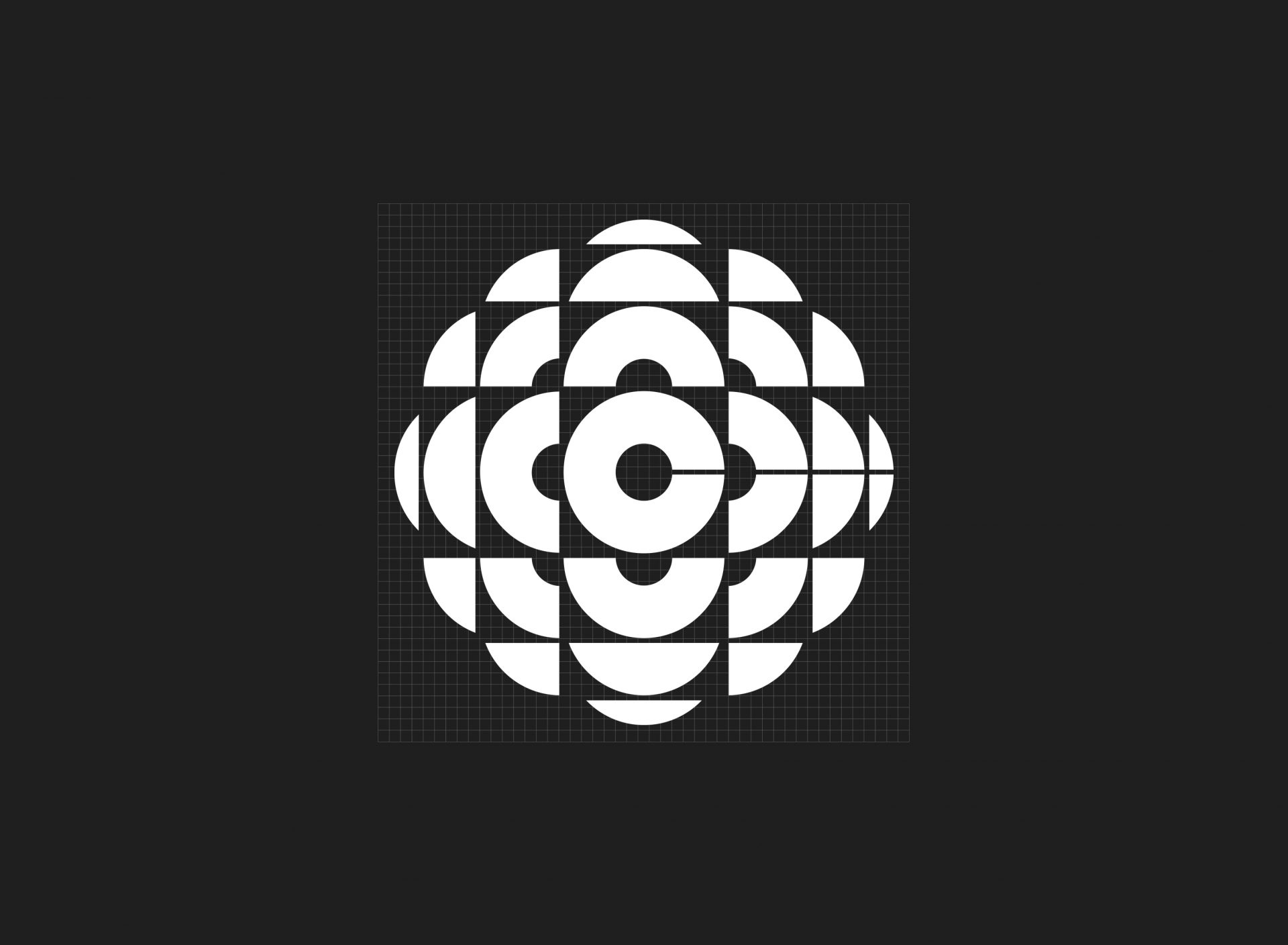 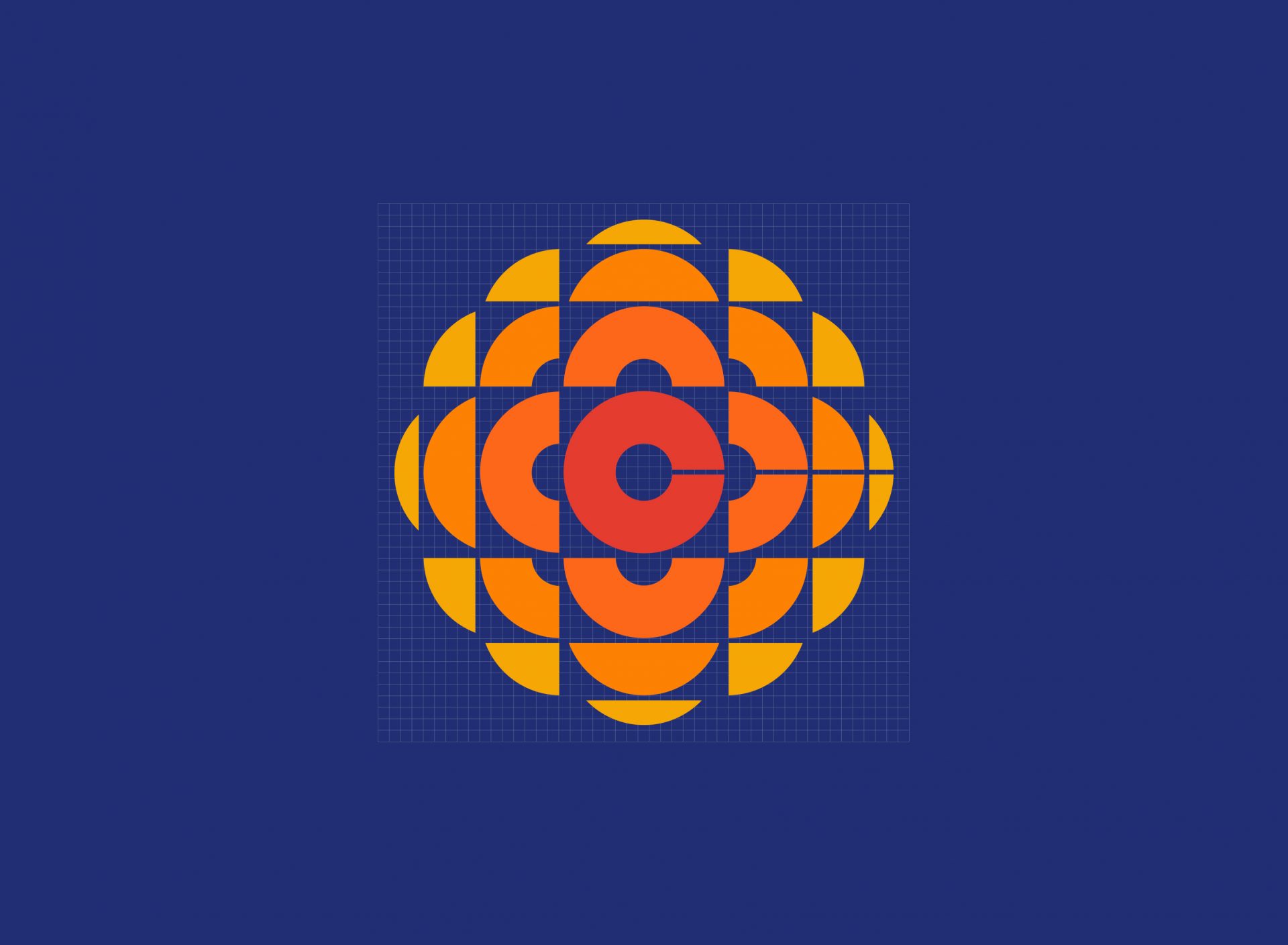 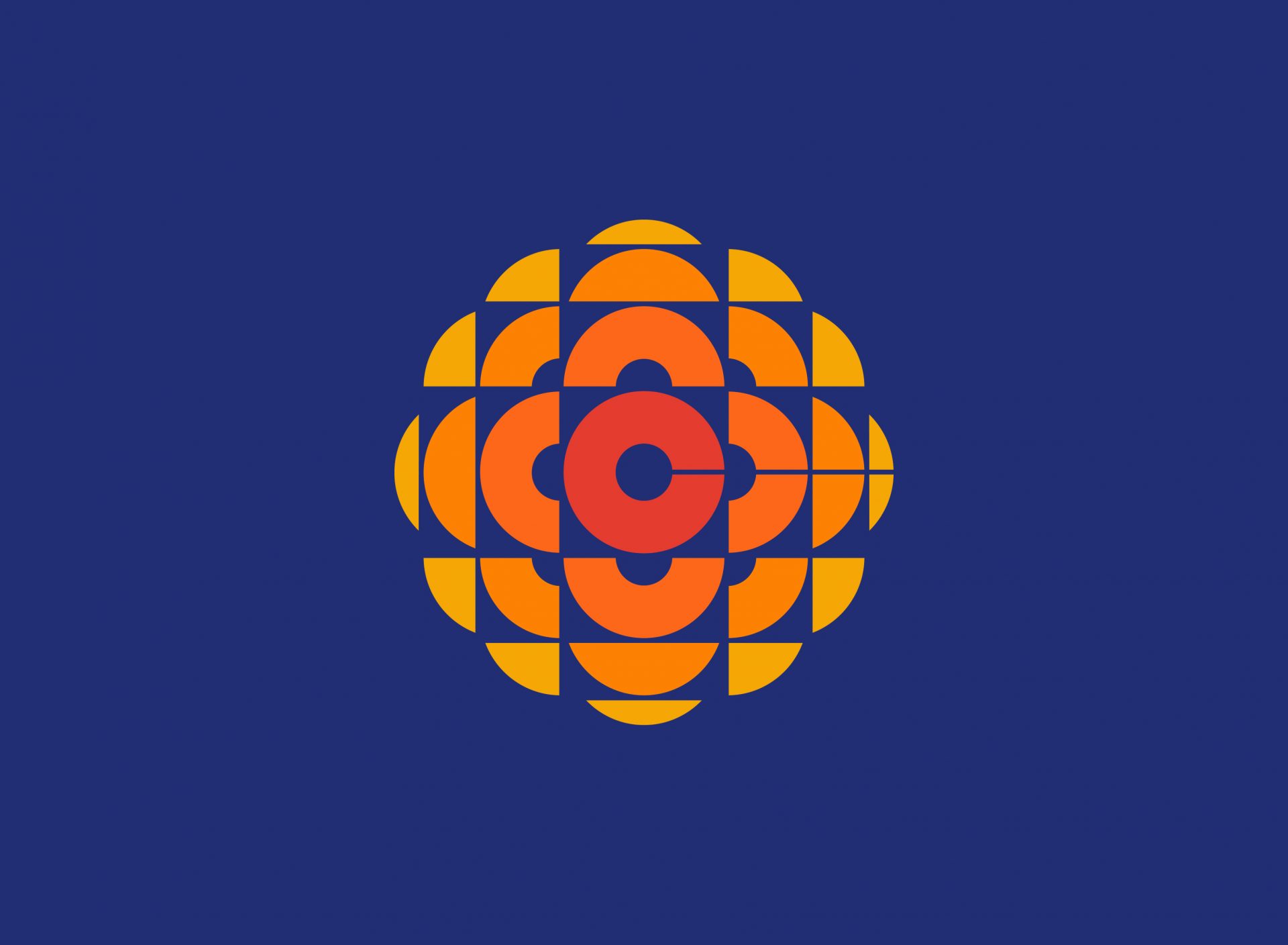 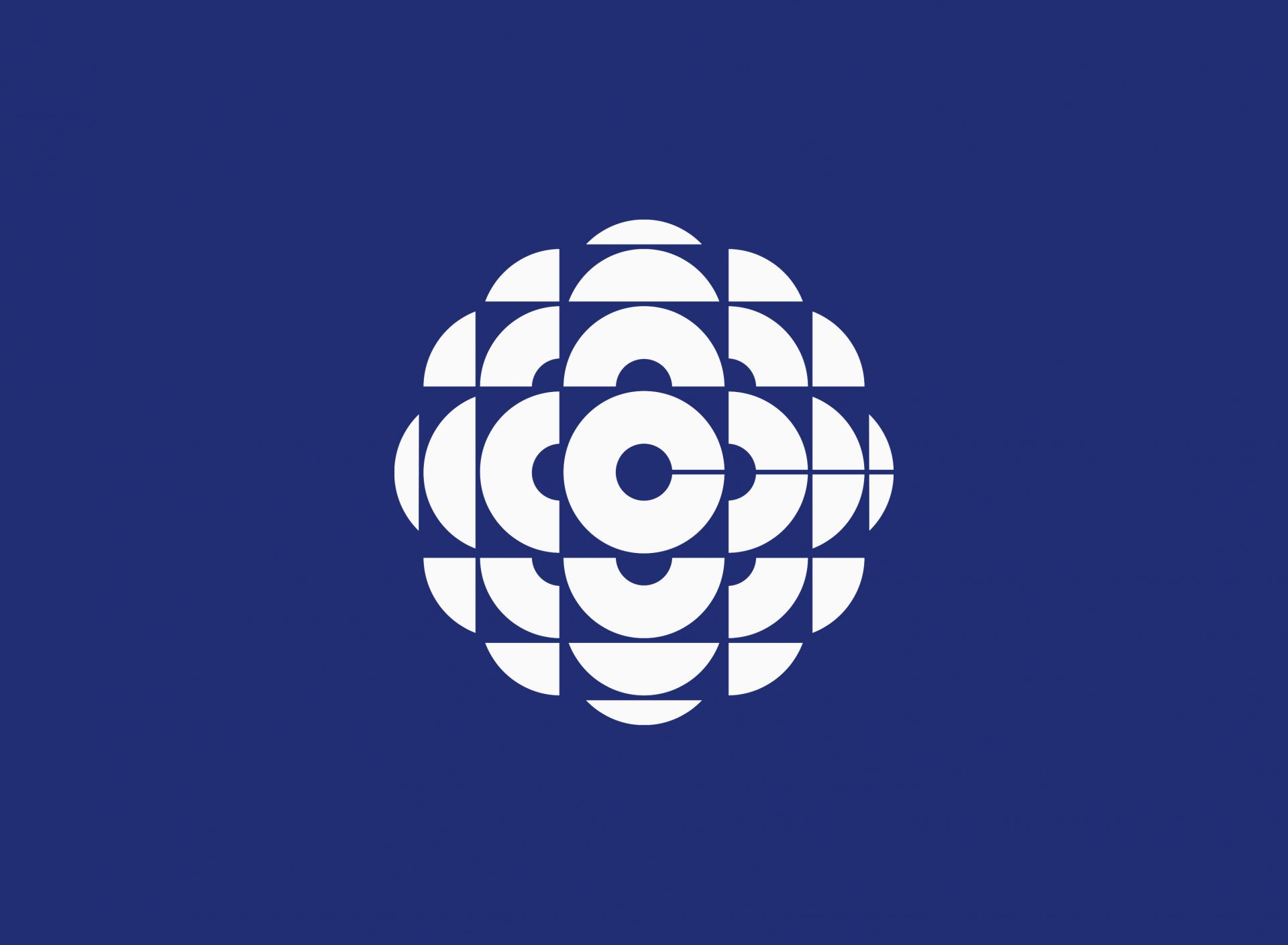 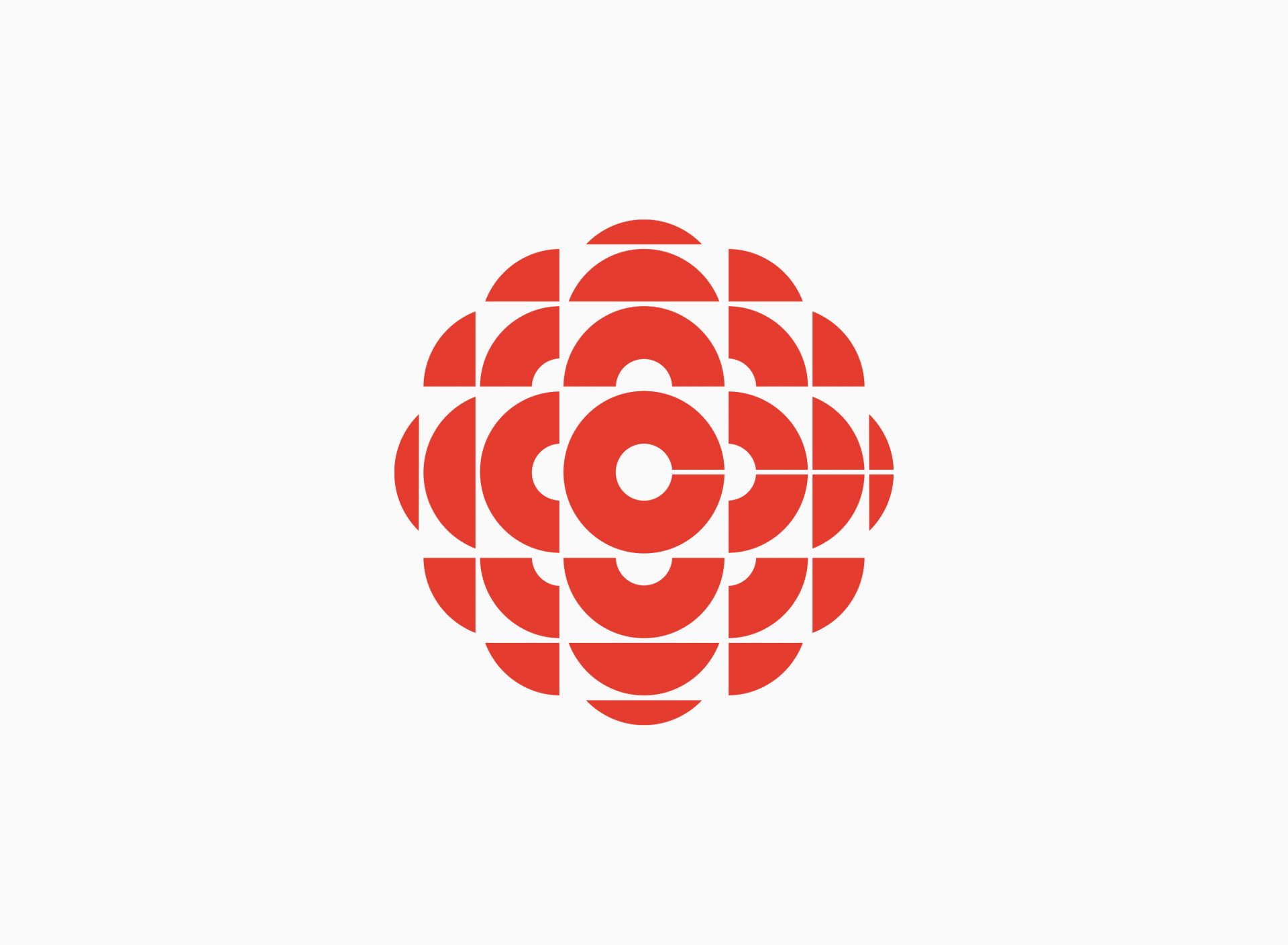 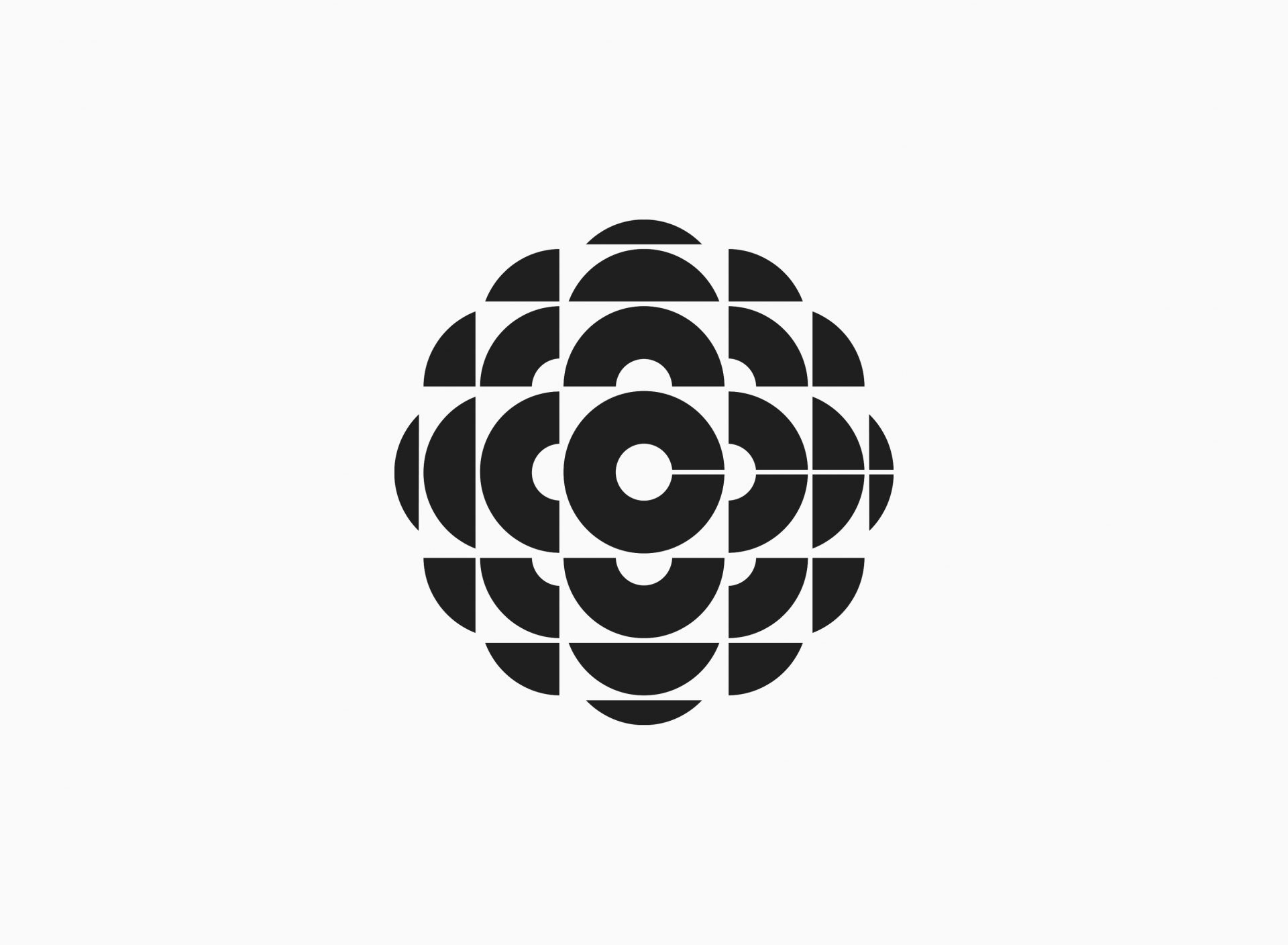 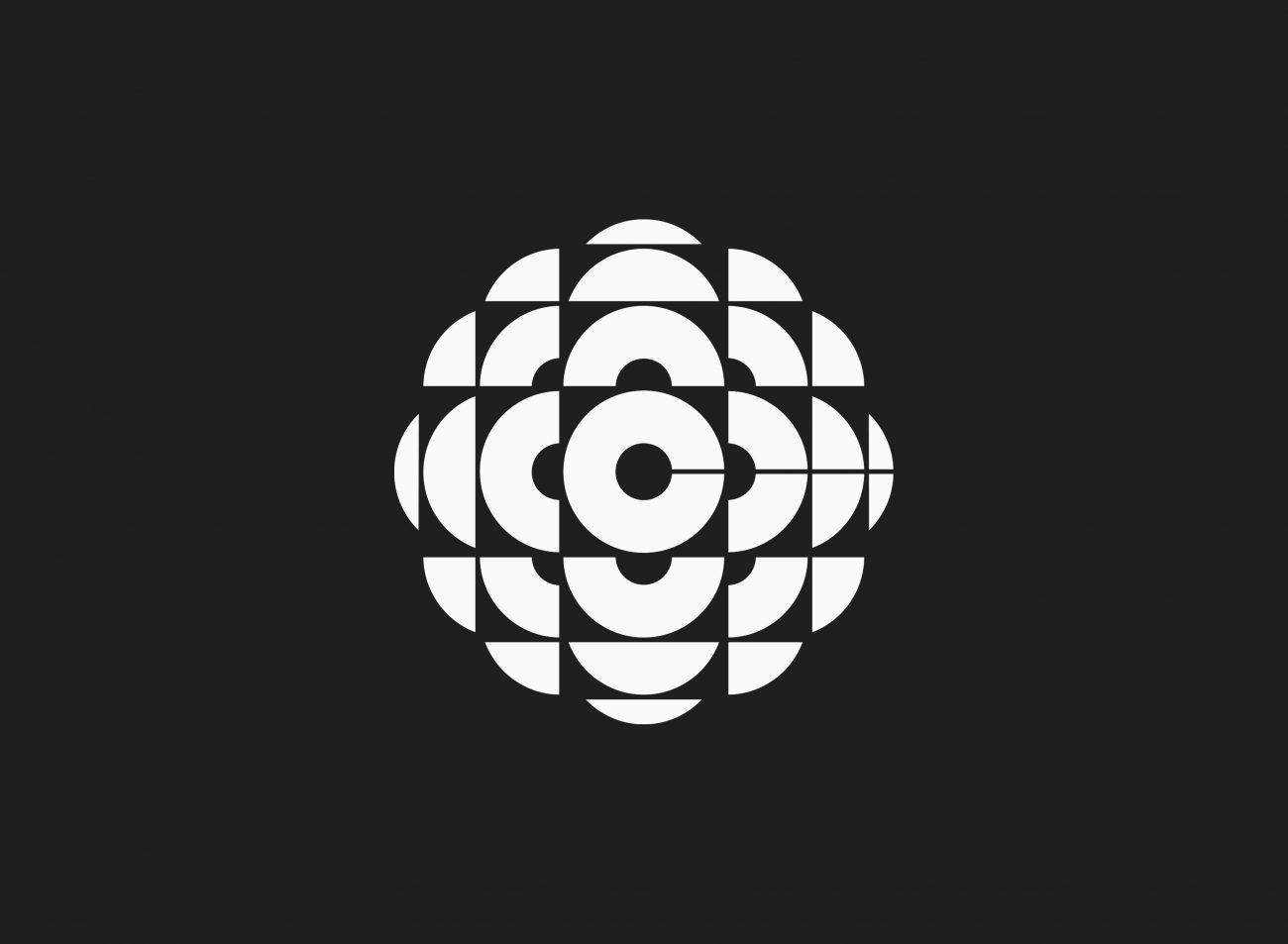 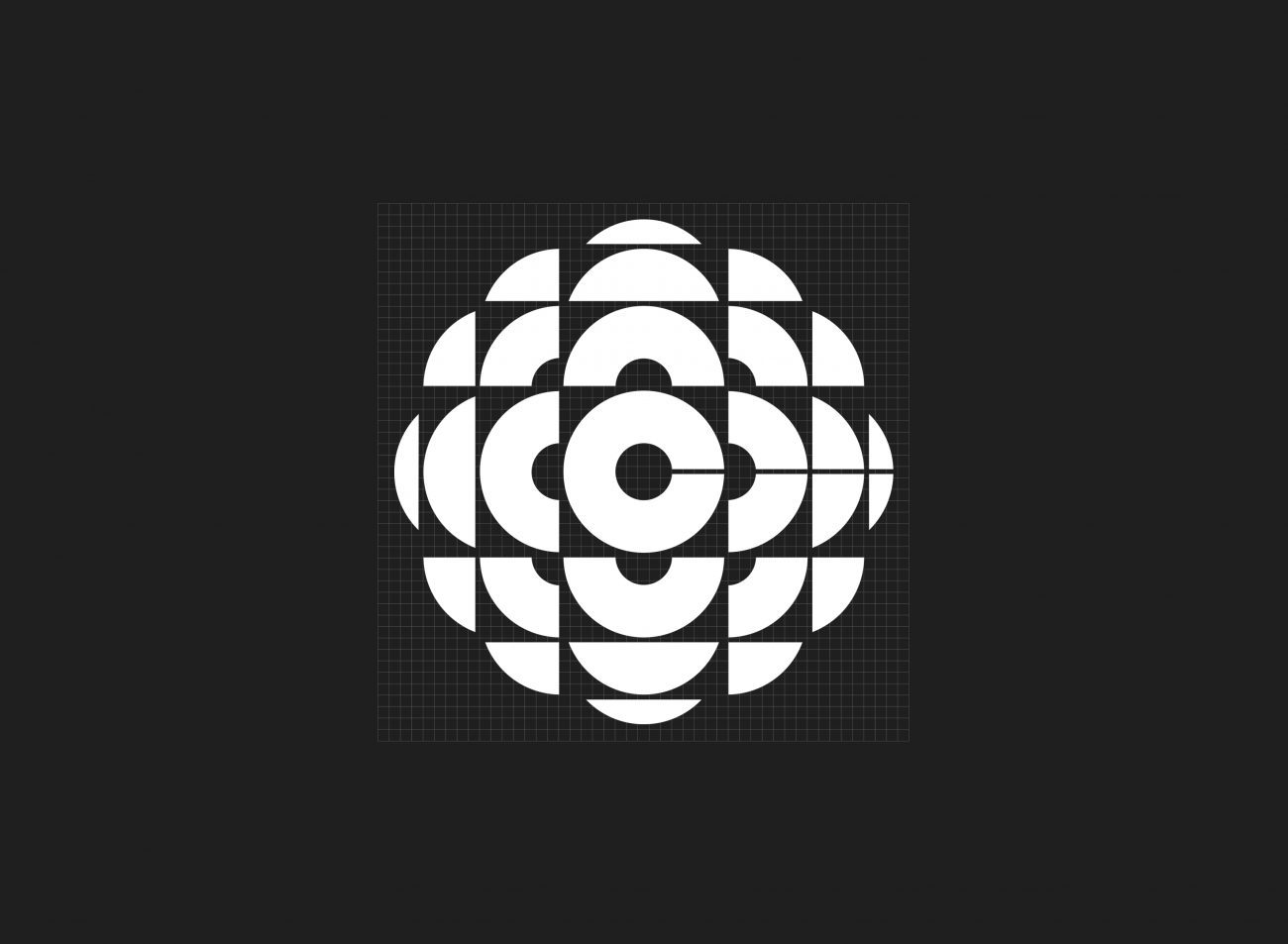 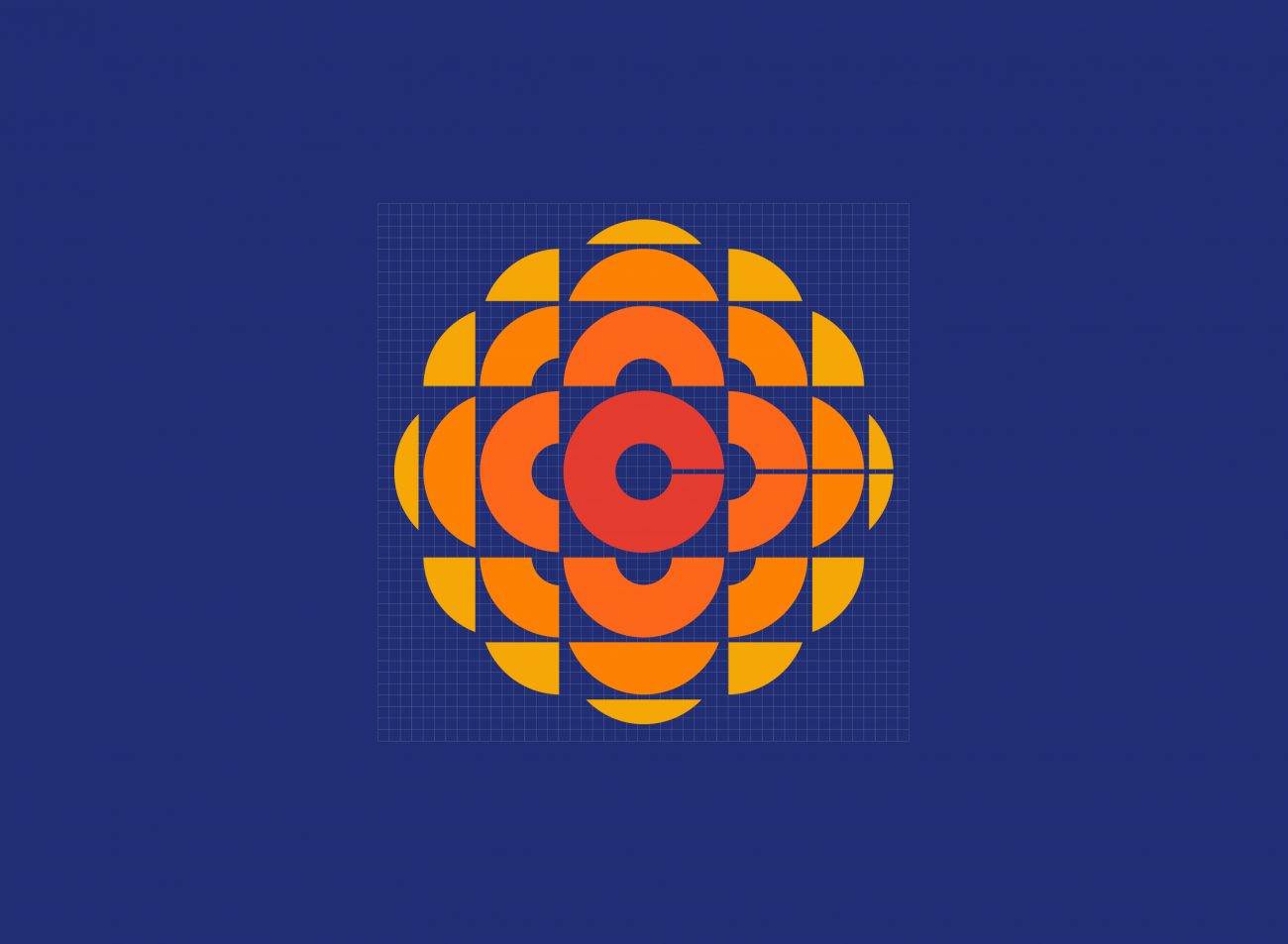 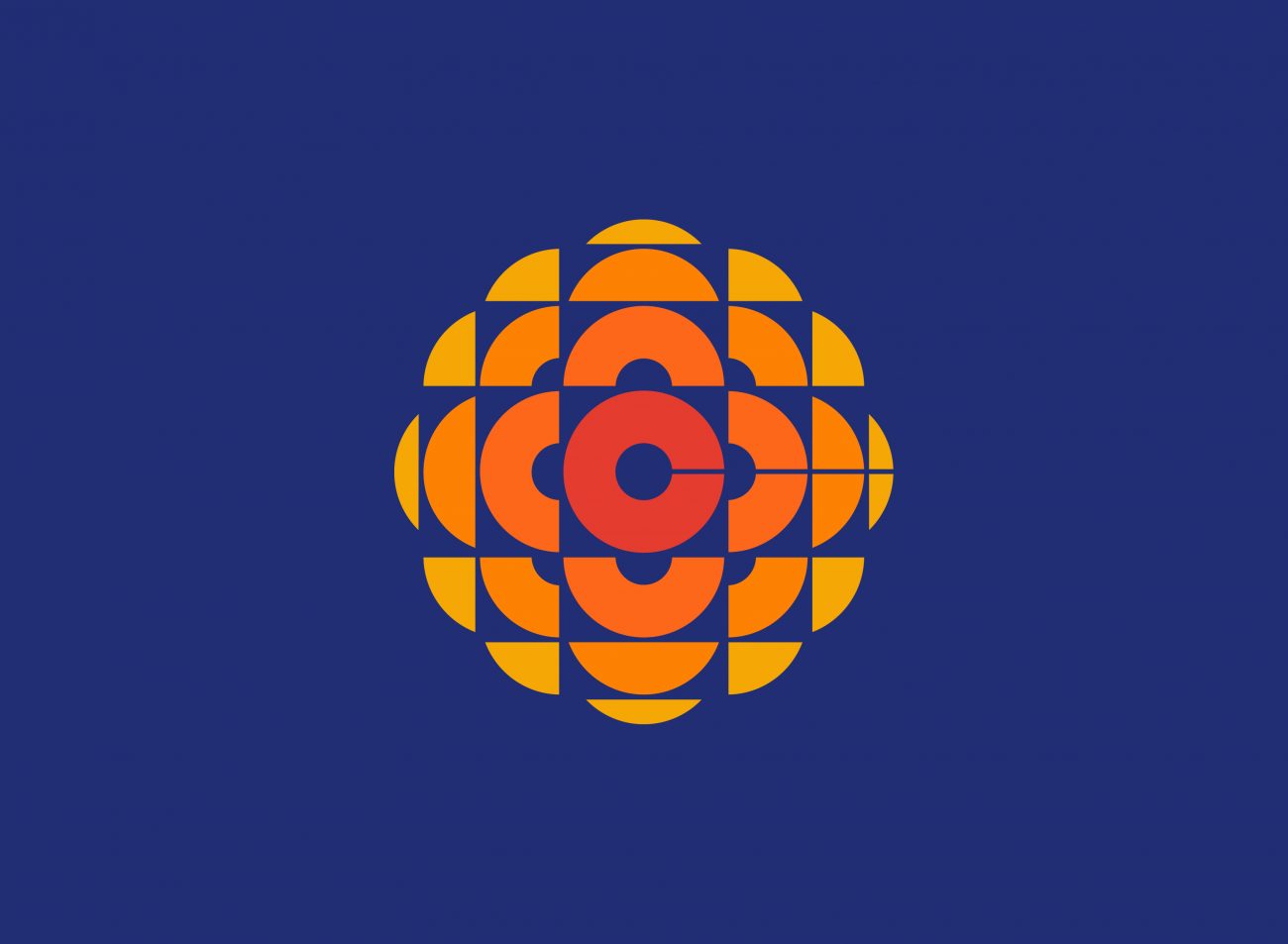 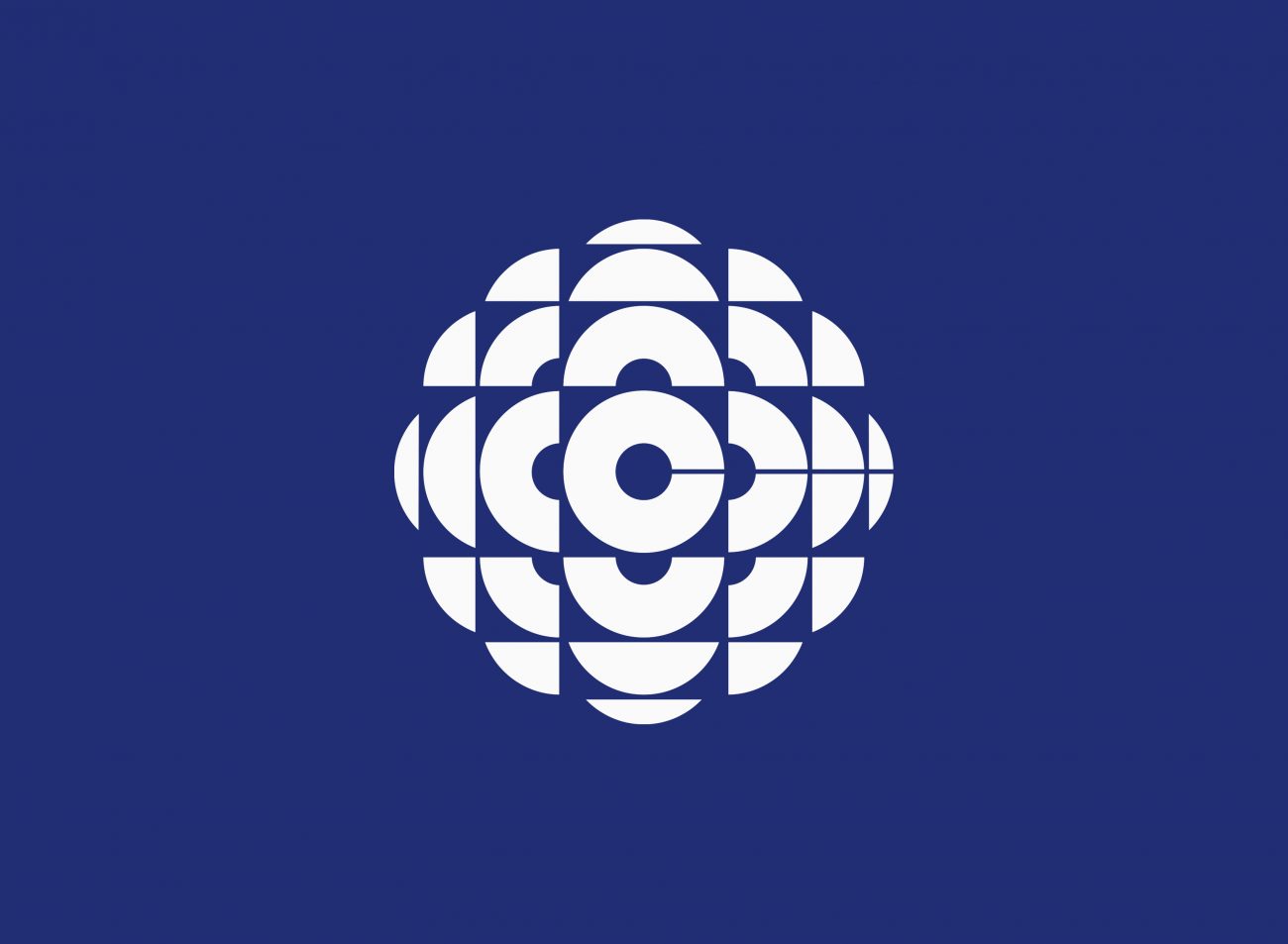 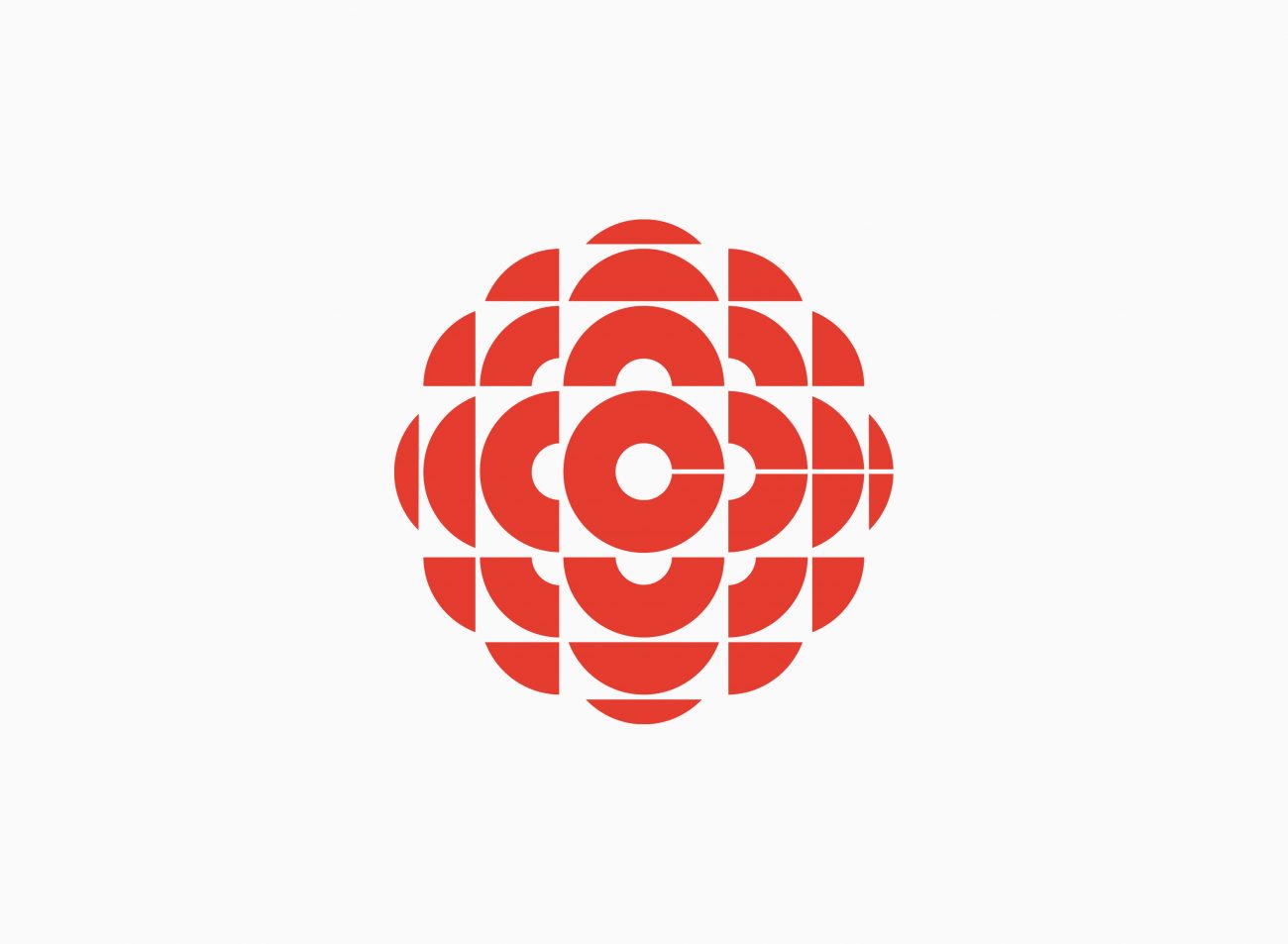 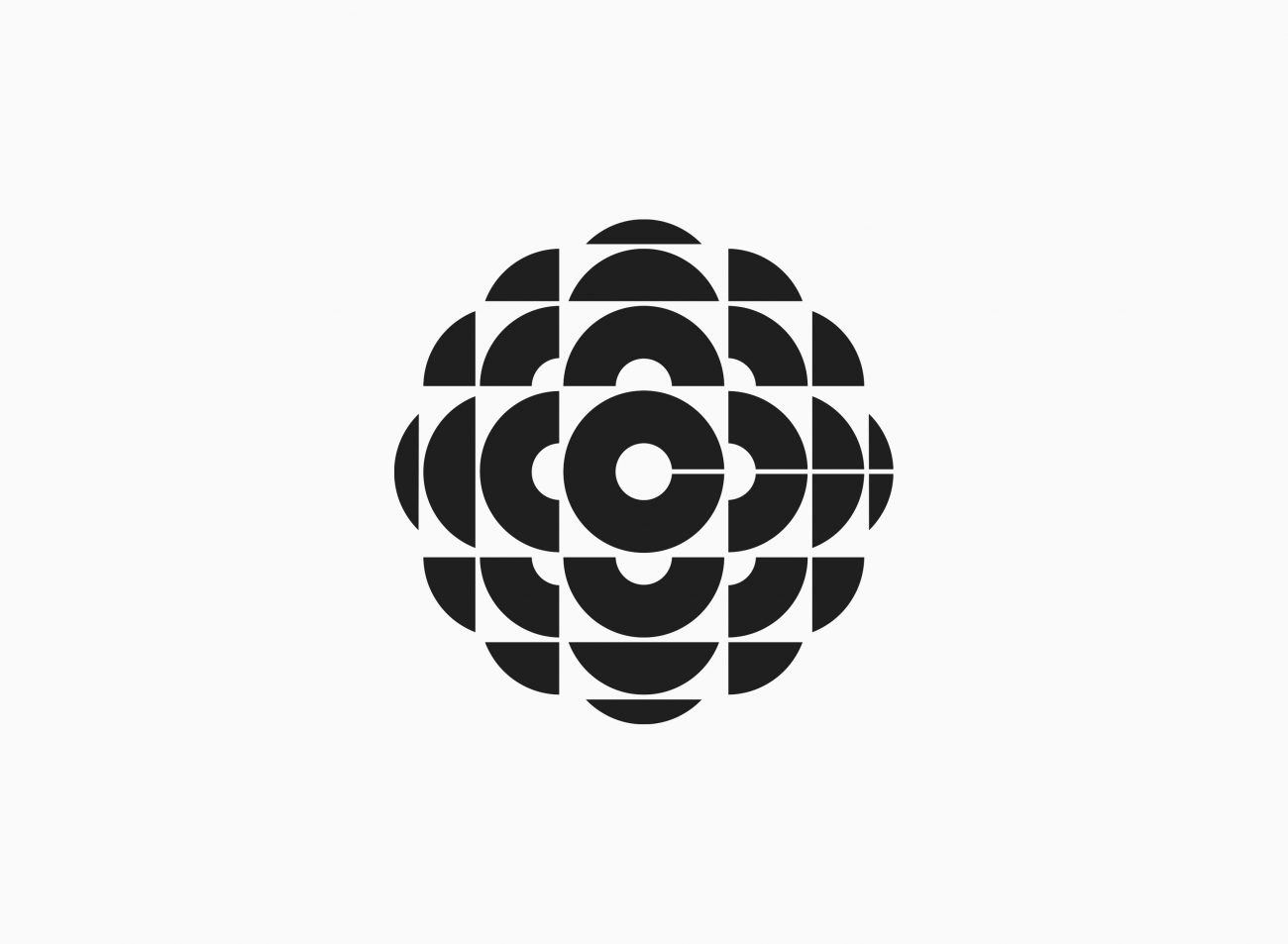 “The Canadian Broadcasting Corporation hired us, after competitive proposals from the top design firms in Canada, to develop a bilingual logo that would work equally well for Radio Canada and Radio Canada International, and to develop a comprehensive graphic standard for every aspect of the Corporation’s visual needs. The now familiar logo concept is based on the letter ‘C’ at the center, for Canada. Visually broadcasting outwards to the country and to the world. A logo which is, by its graphic nature, already animated, and it has lent itself to further on-air animation over the years.”
Burton Kramer

The primary version of the logo was red at the centre moving outwards through dark and light orange to yellow, set against a rich blue background. There were 3 master versions created, each with a greater degree of space running between the elements for the benefit of improved reproduction and appropriateness of scale (version 2 is shown above in this post). The official name for this symbol is ‘the gem’.