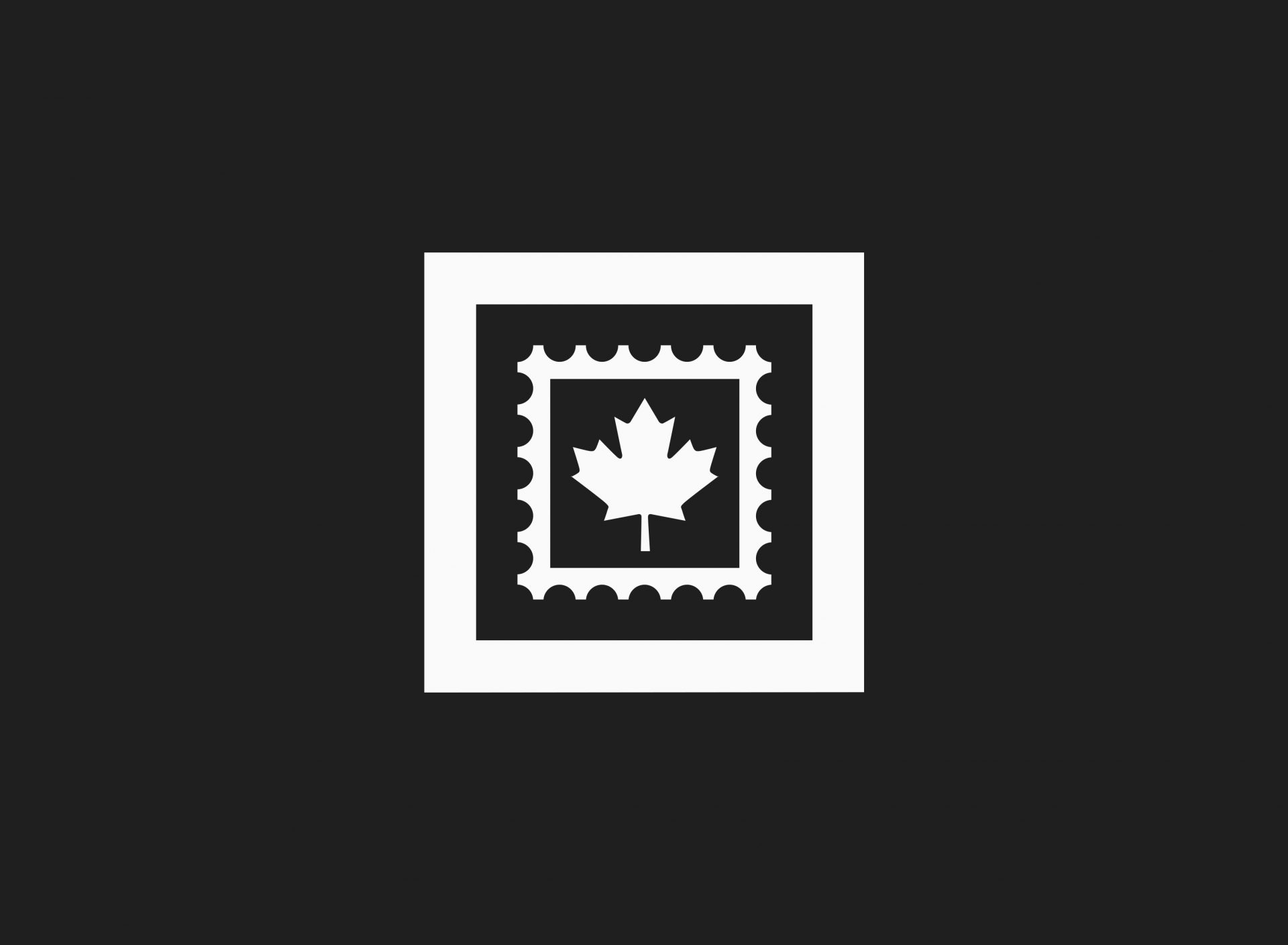 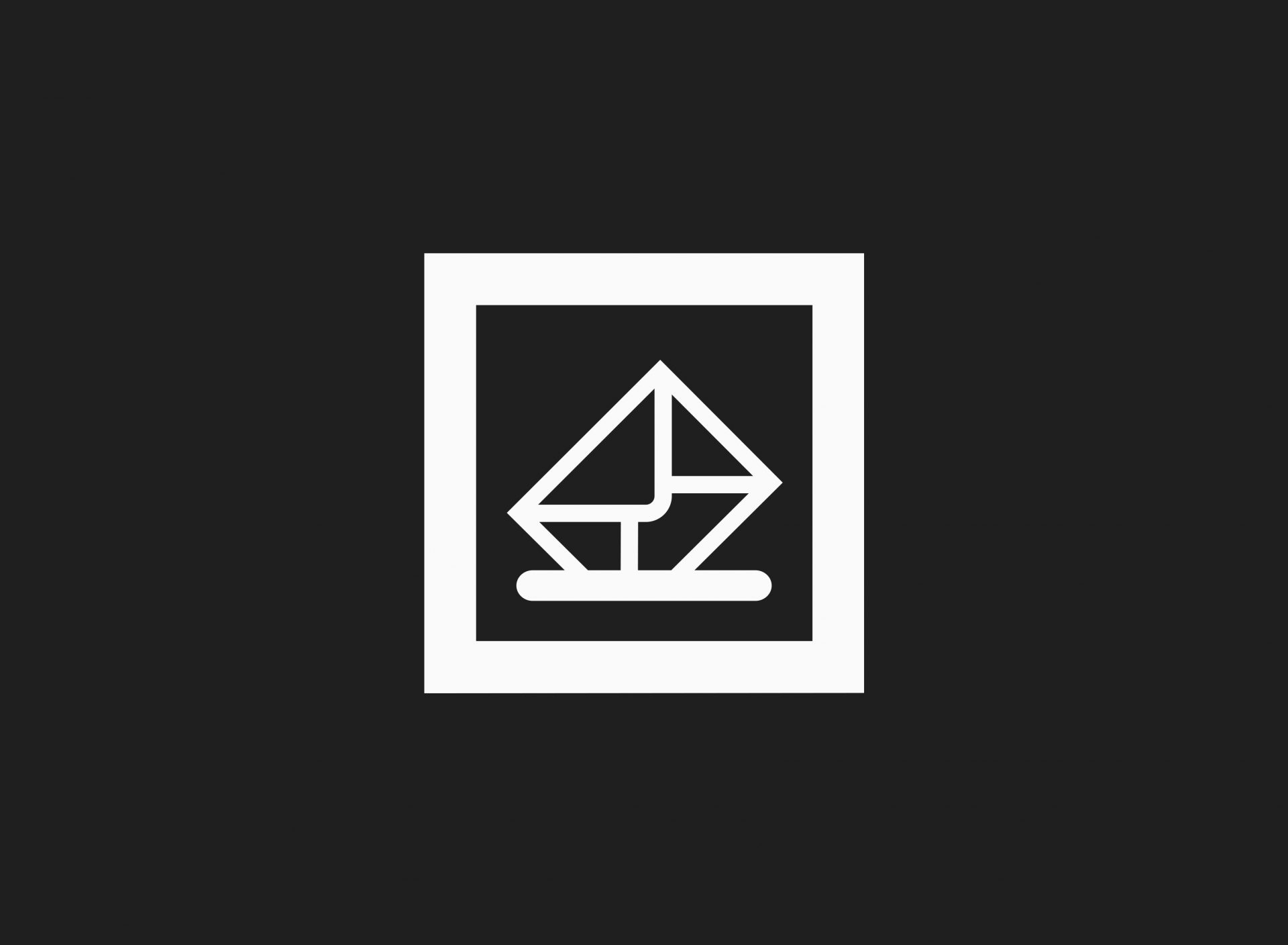 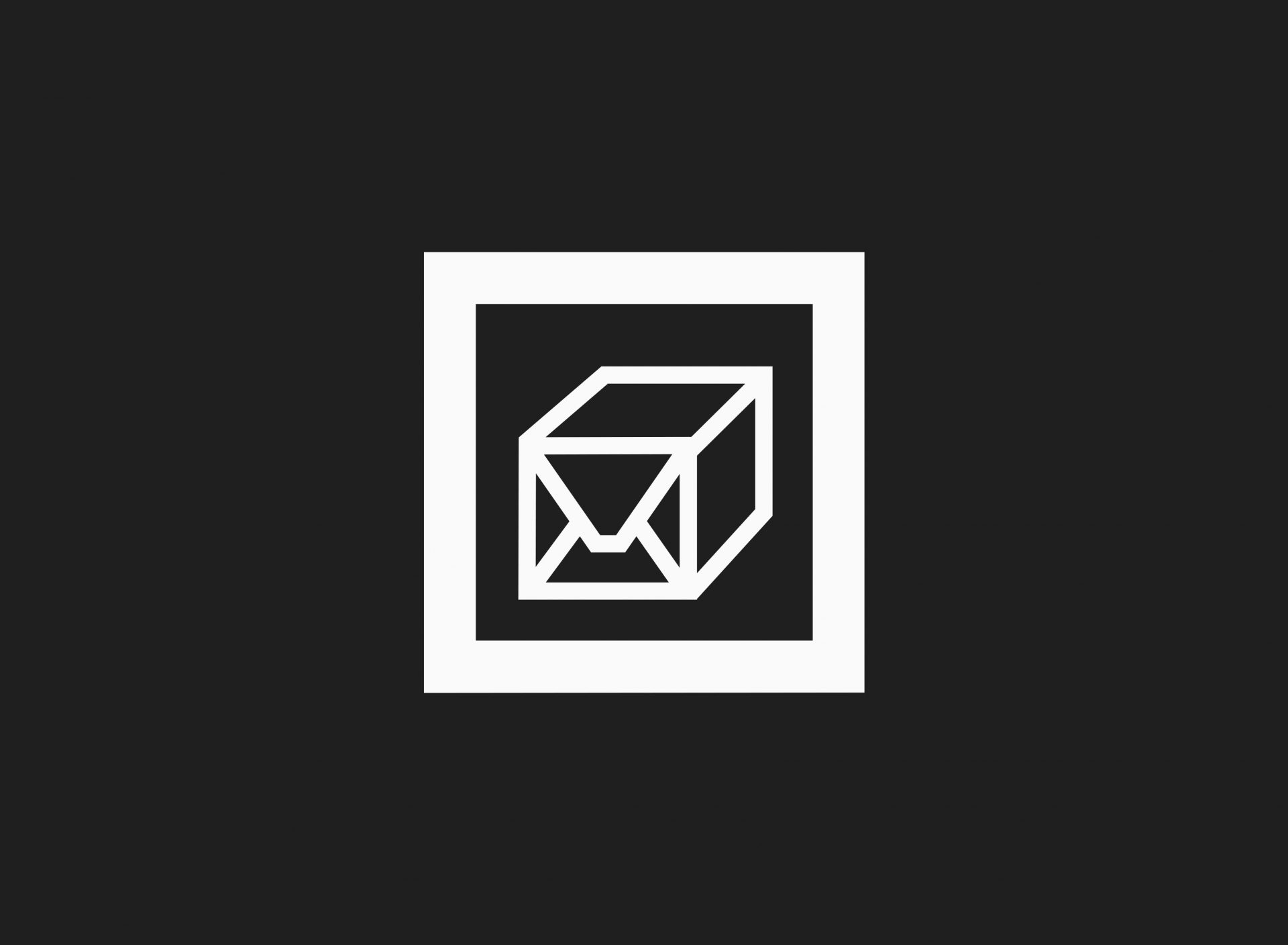 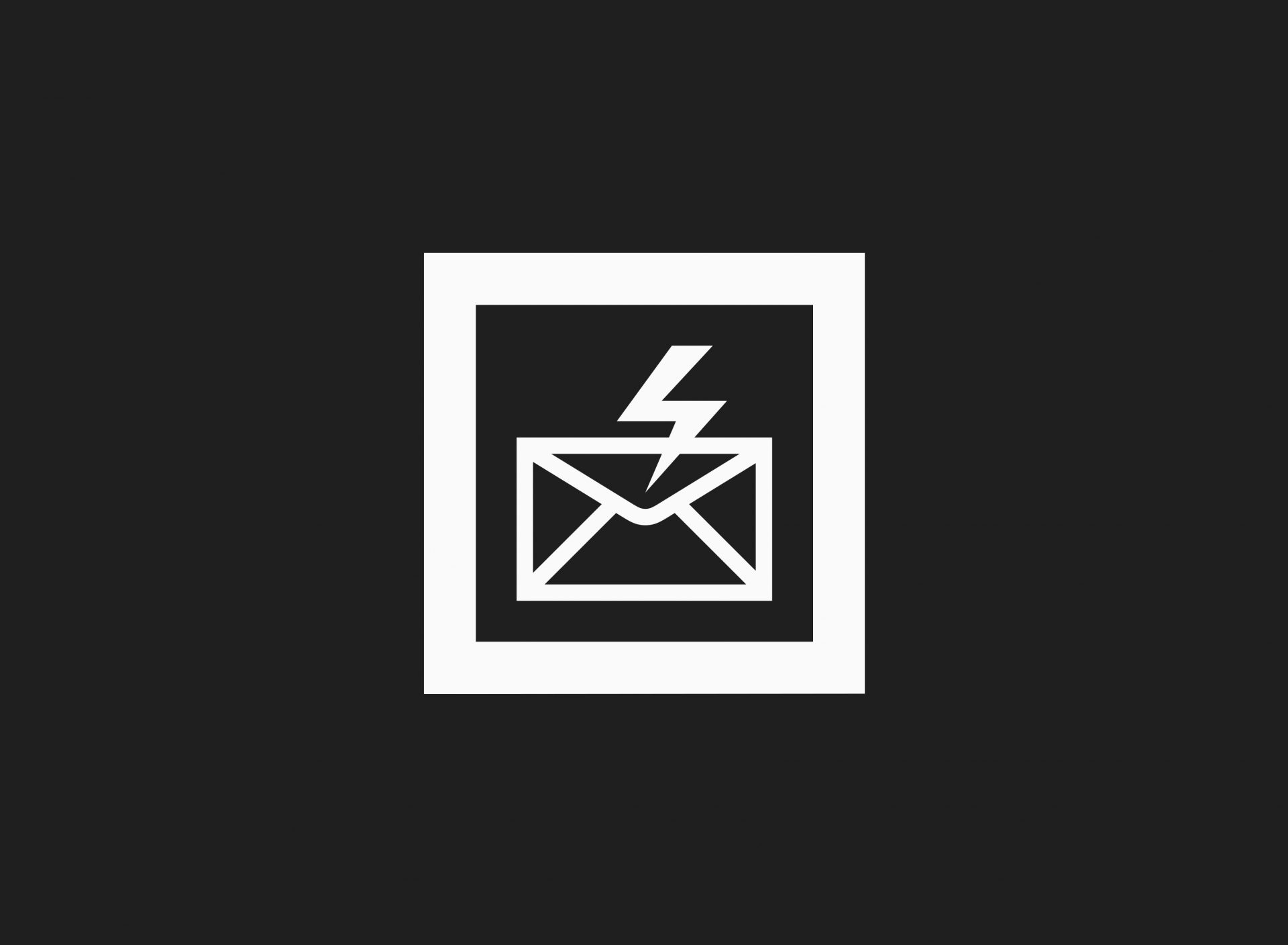 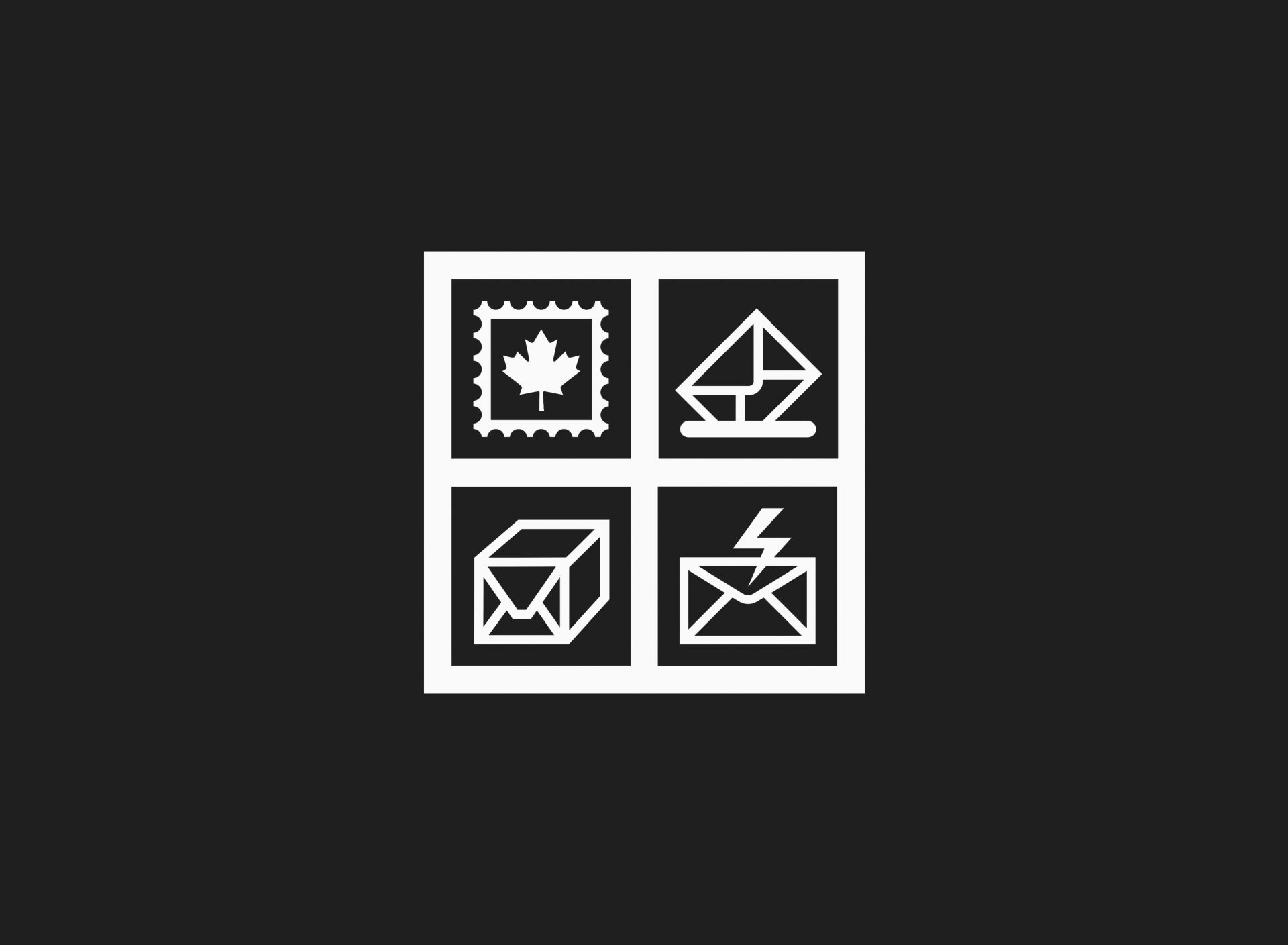 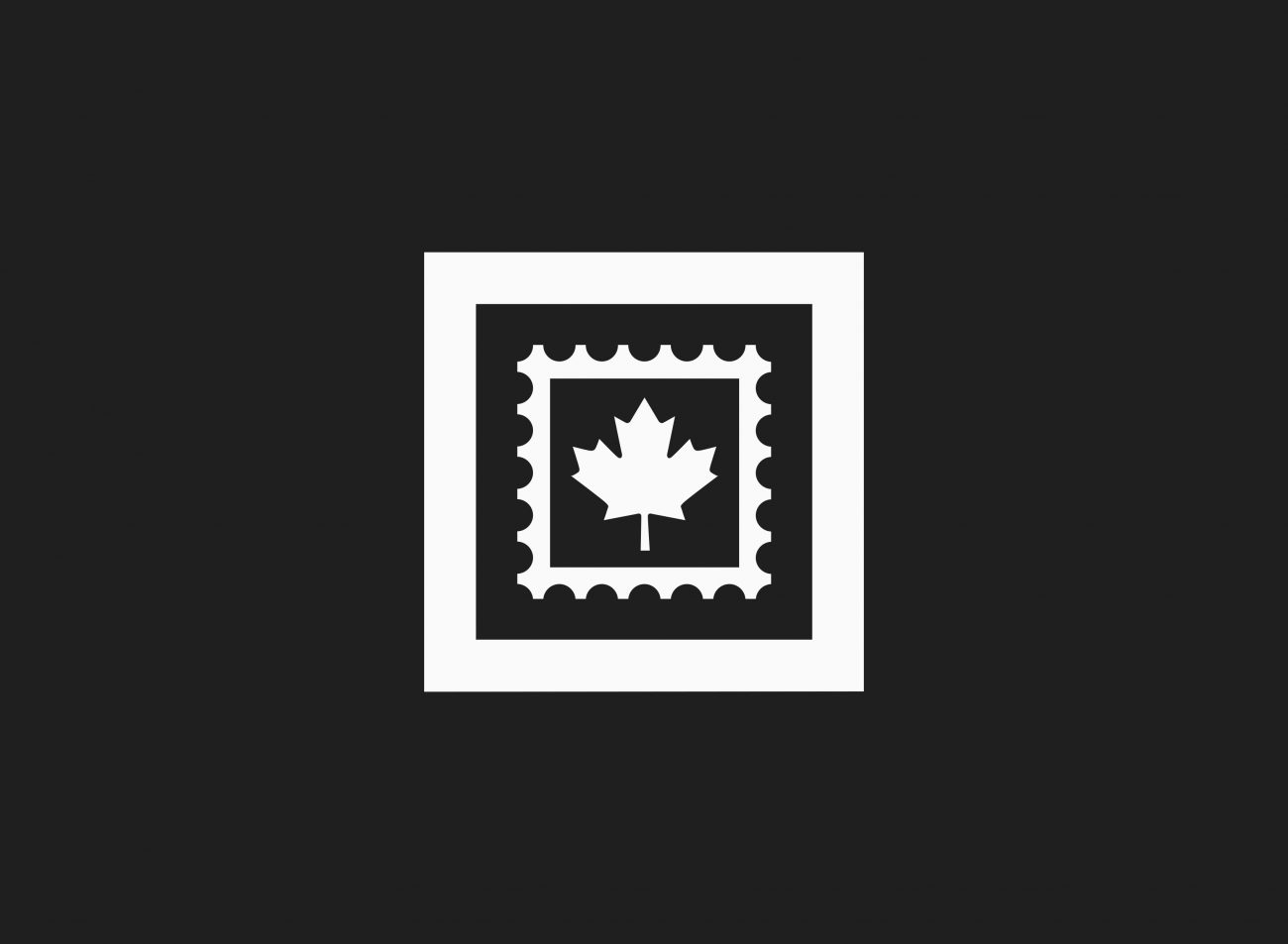 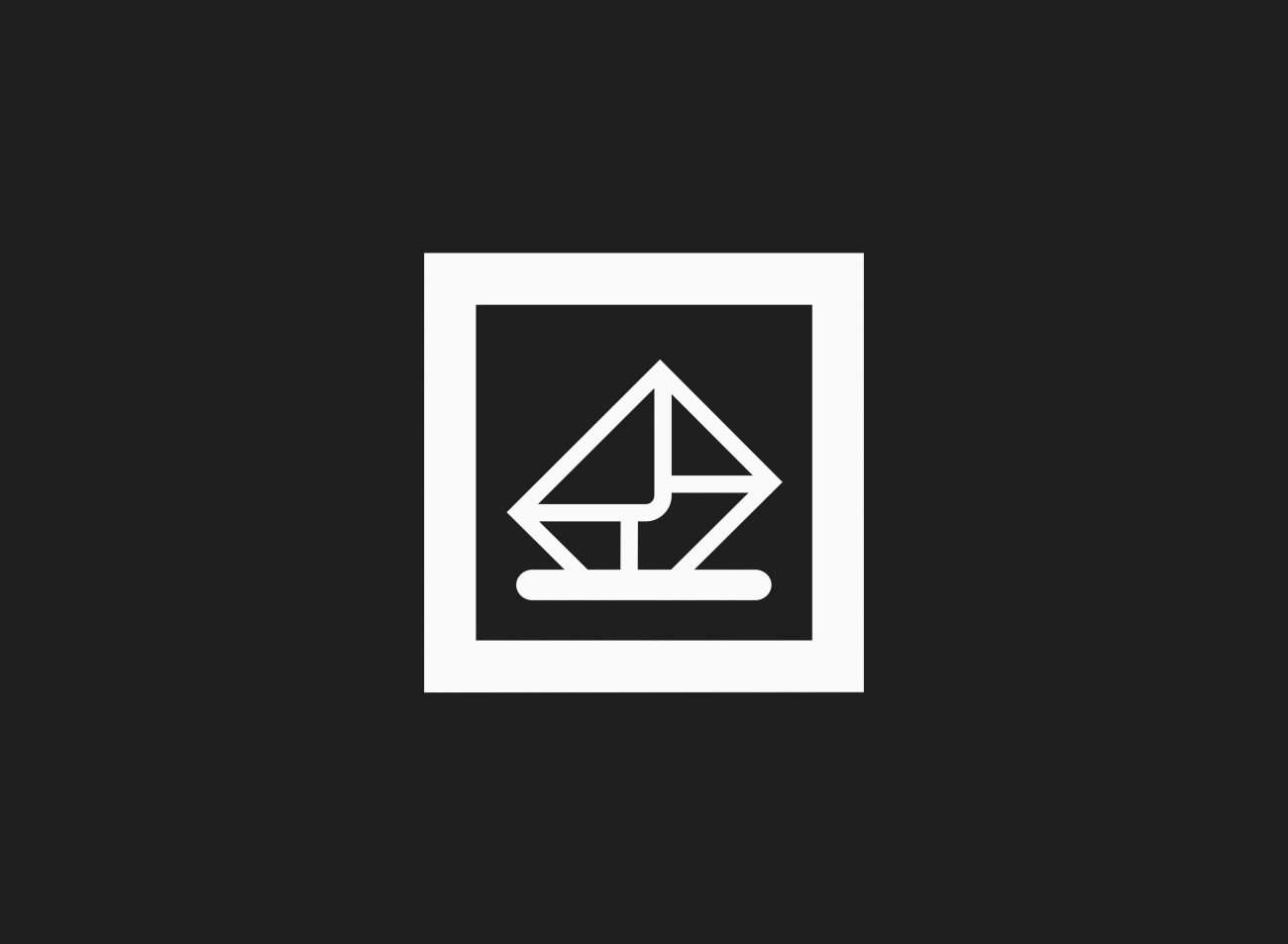 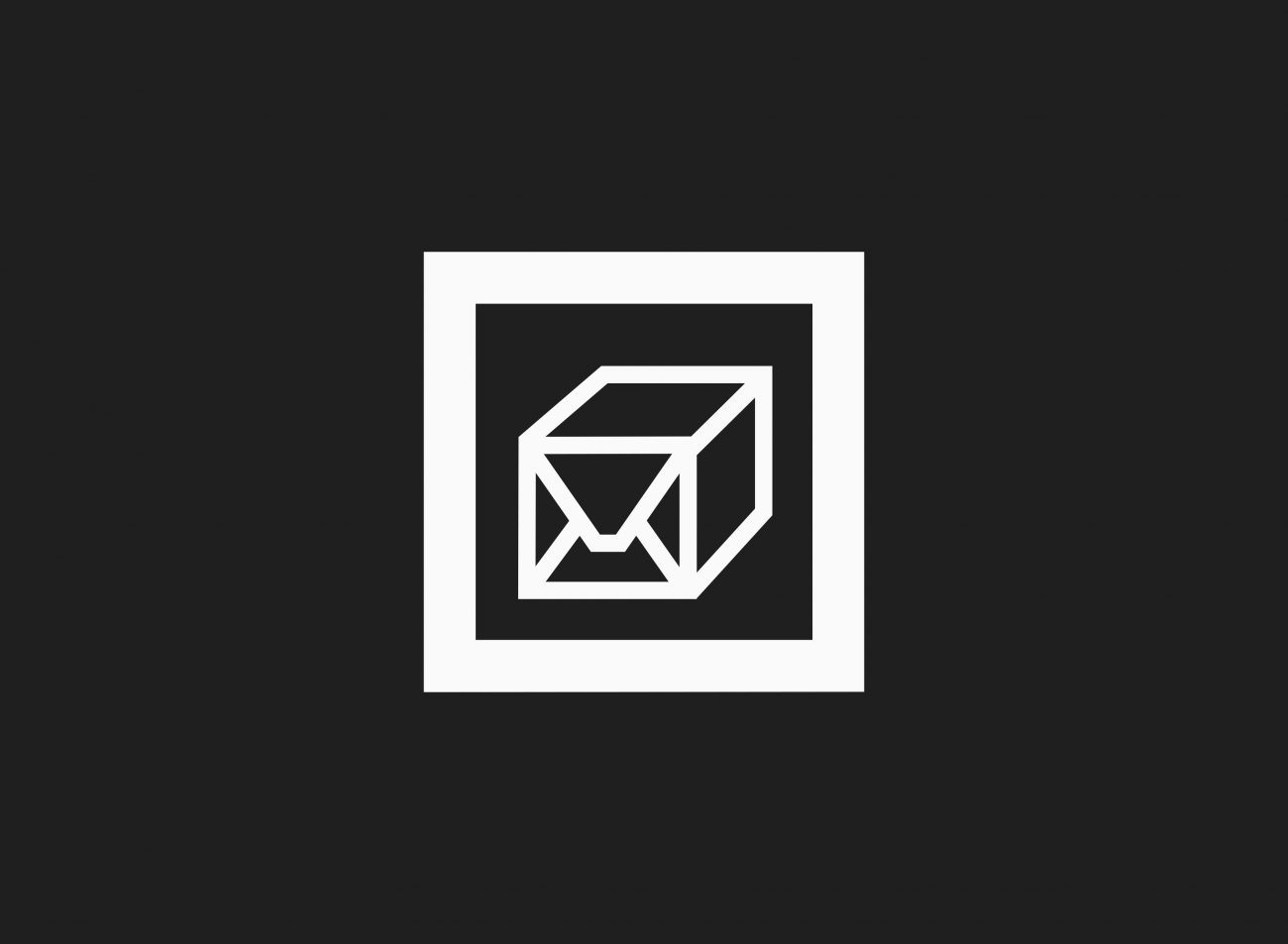 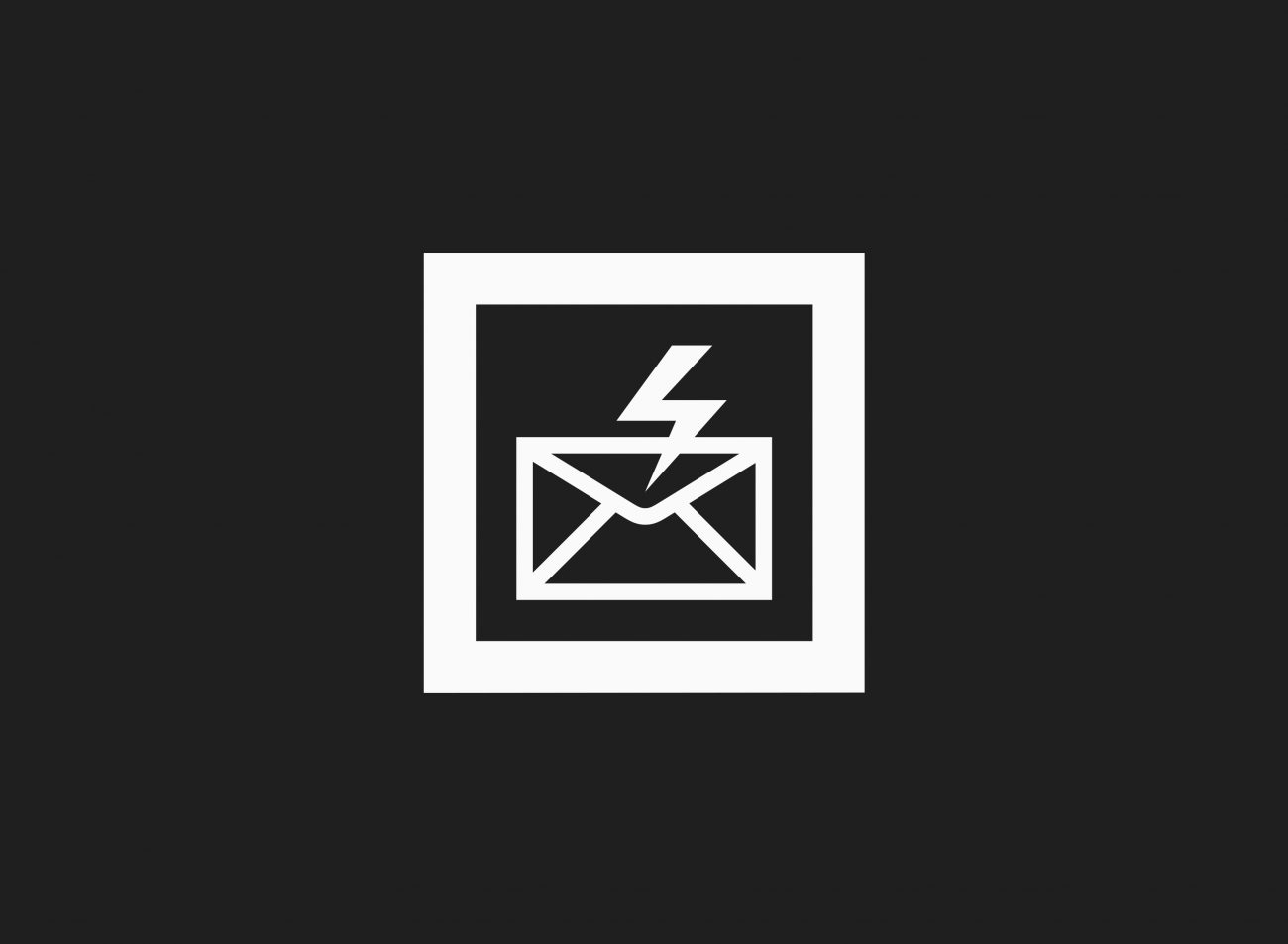 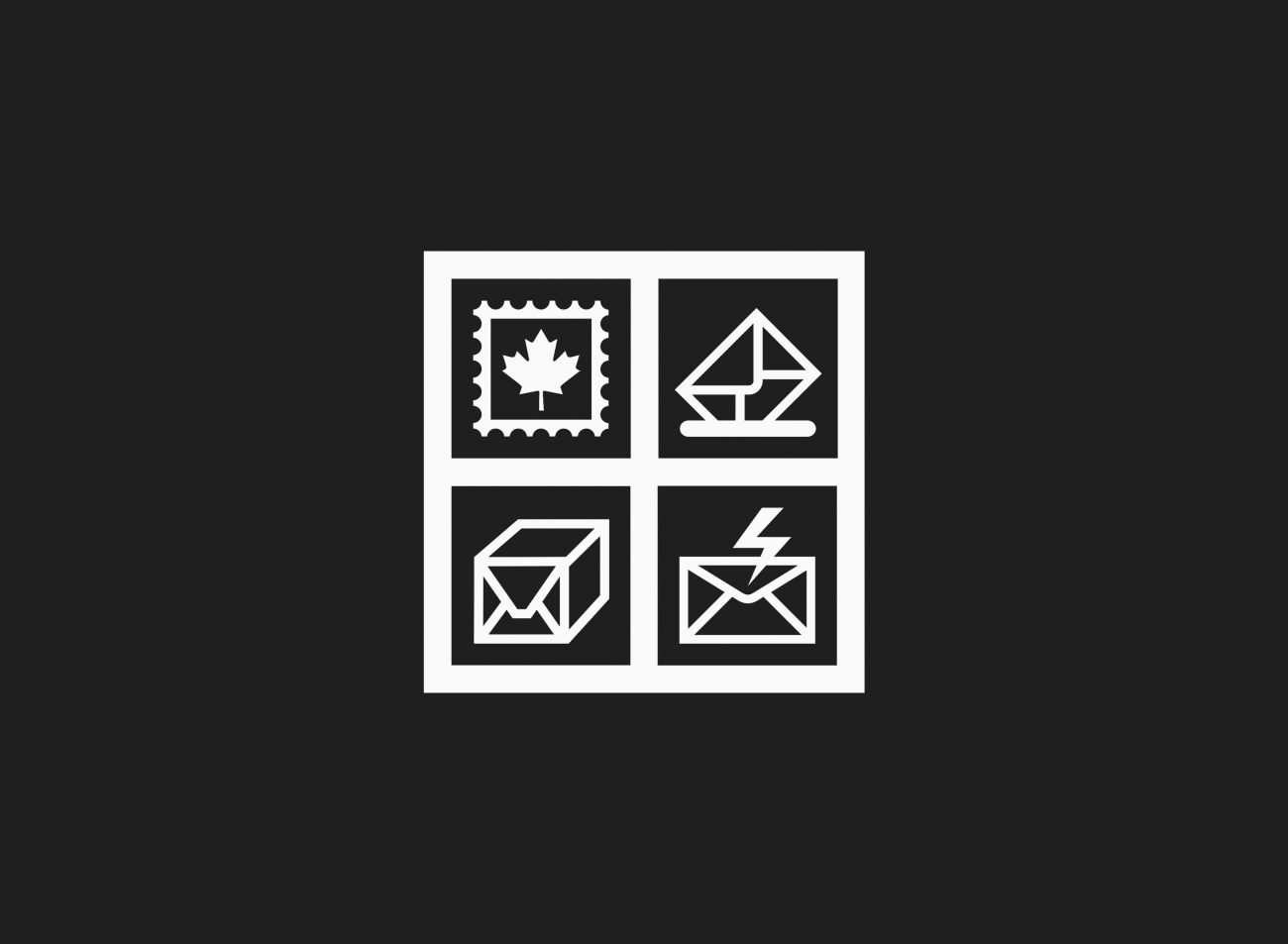 Canada Post /  Postes Canada became an independent Crown corporation in 1981 as the successor to Royal Mail Canada (previously the post office department of the federal government). The identity program was created by Newton Frank Arthur (William Newton, Robert Frank, Paul Arthur) who were based in Toronto. As part of the program they commissioned Fretz to develop a suite of pictographs representing key services, namely postage stamps, letter drops, parcels and fax/electronic media. Part of the business strategy for Canada Post was to locate facilities inside retail businesses (such as grocery stores or pharmacies) for the purpose of providing postal retail sales and services to the general public. The pictographs were used on signage and marketing displays to identify the services available in these locations.

Although Fretz was technically working for Newton Frank Arthur, he developed the work in partnership with Paul Arthur, having previously designed a set of safety-related pictographs for the Safety Supply Company of Toronto — who marketed and sold them. These were started in 1975 while Glenn was at Paul Arthur Limited, and the series was completed and copyrighted in 1976 by Paul Arthur Visucom Limited under the name Picto’grafics©