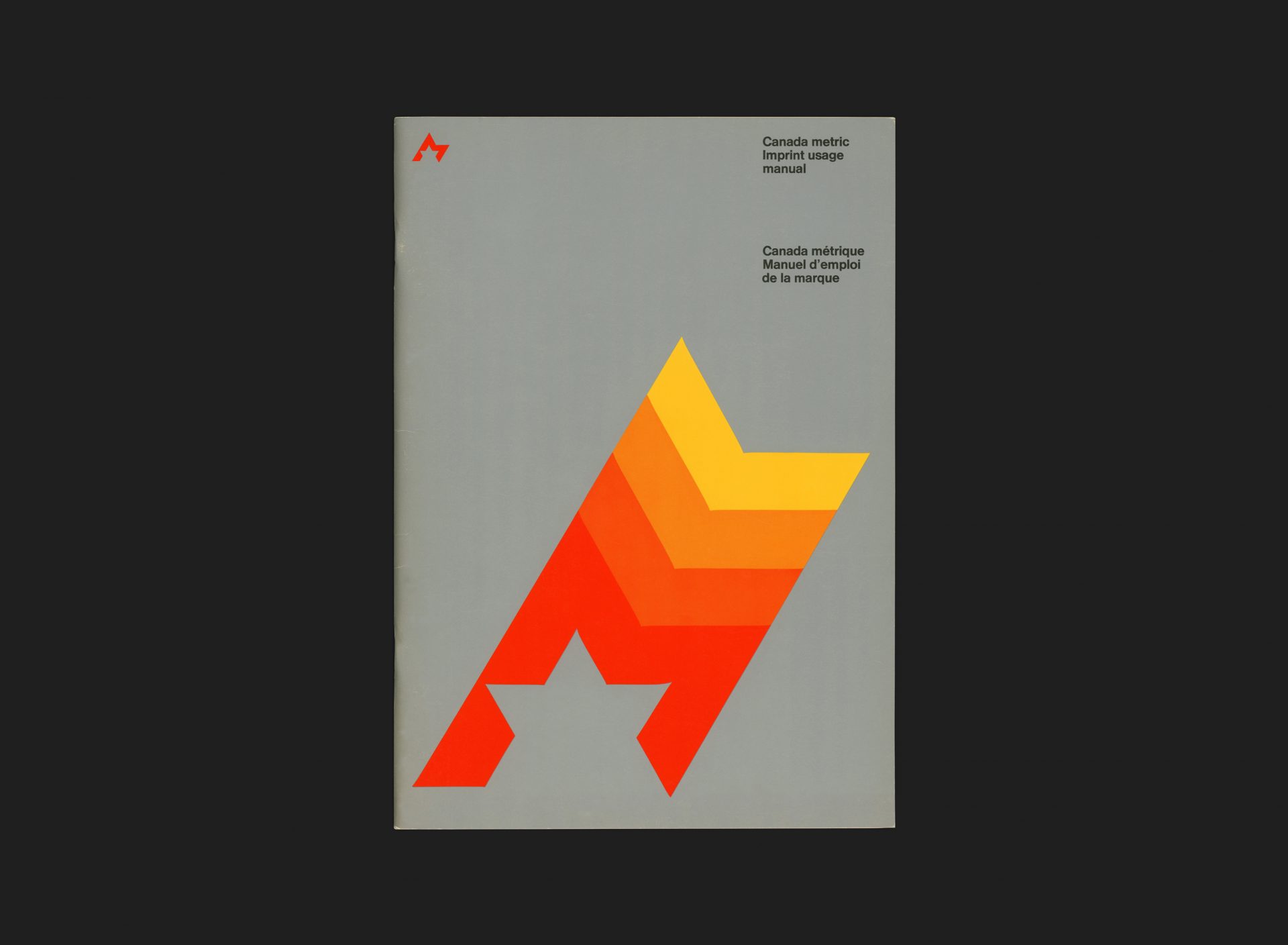 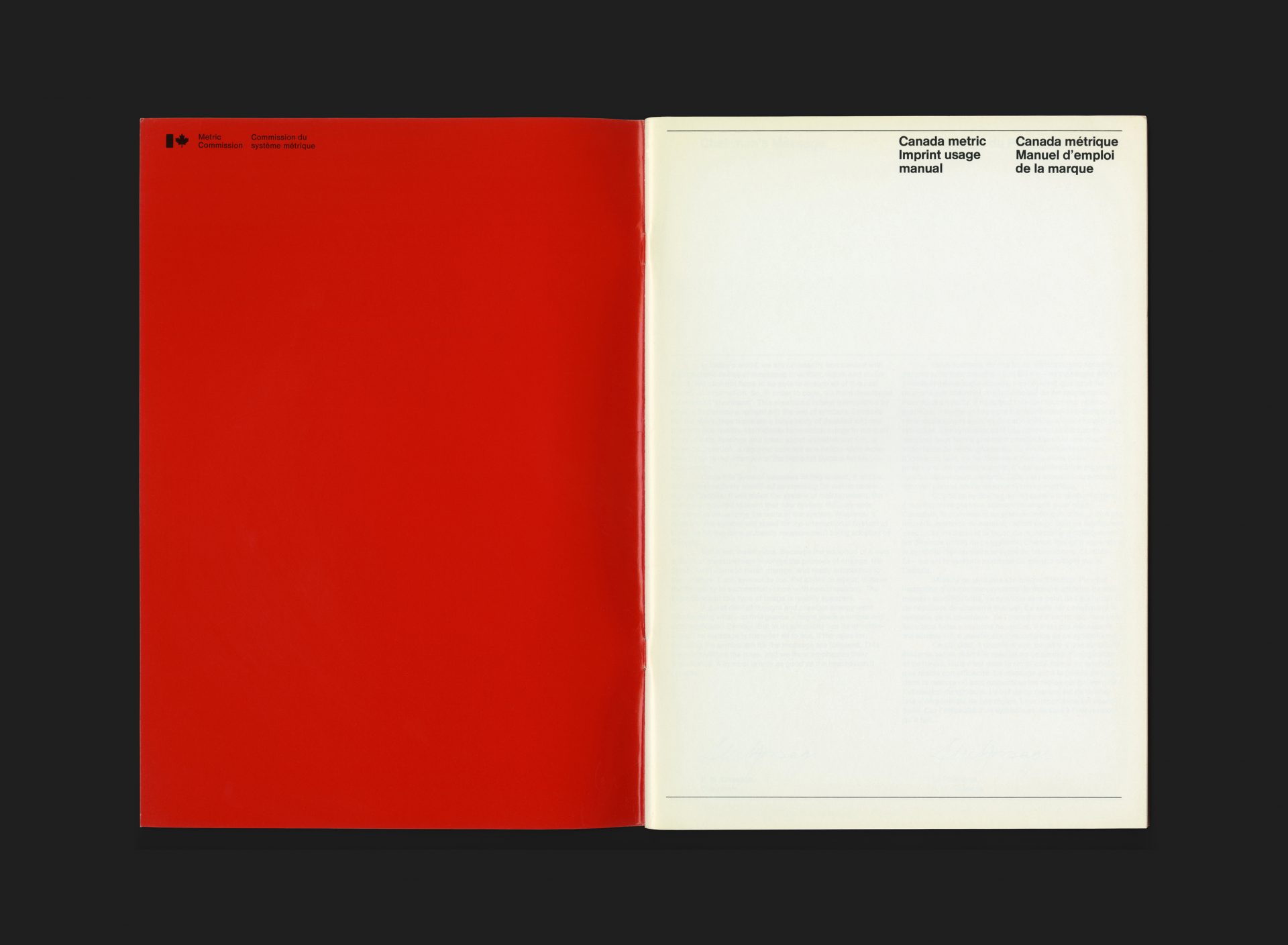 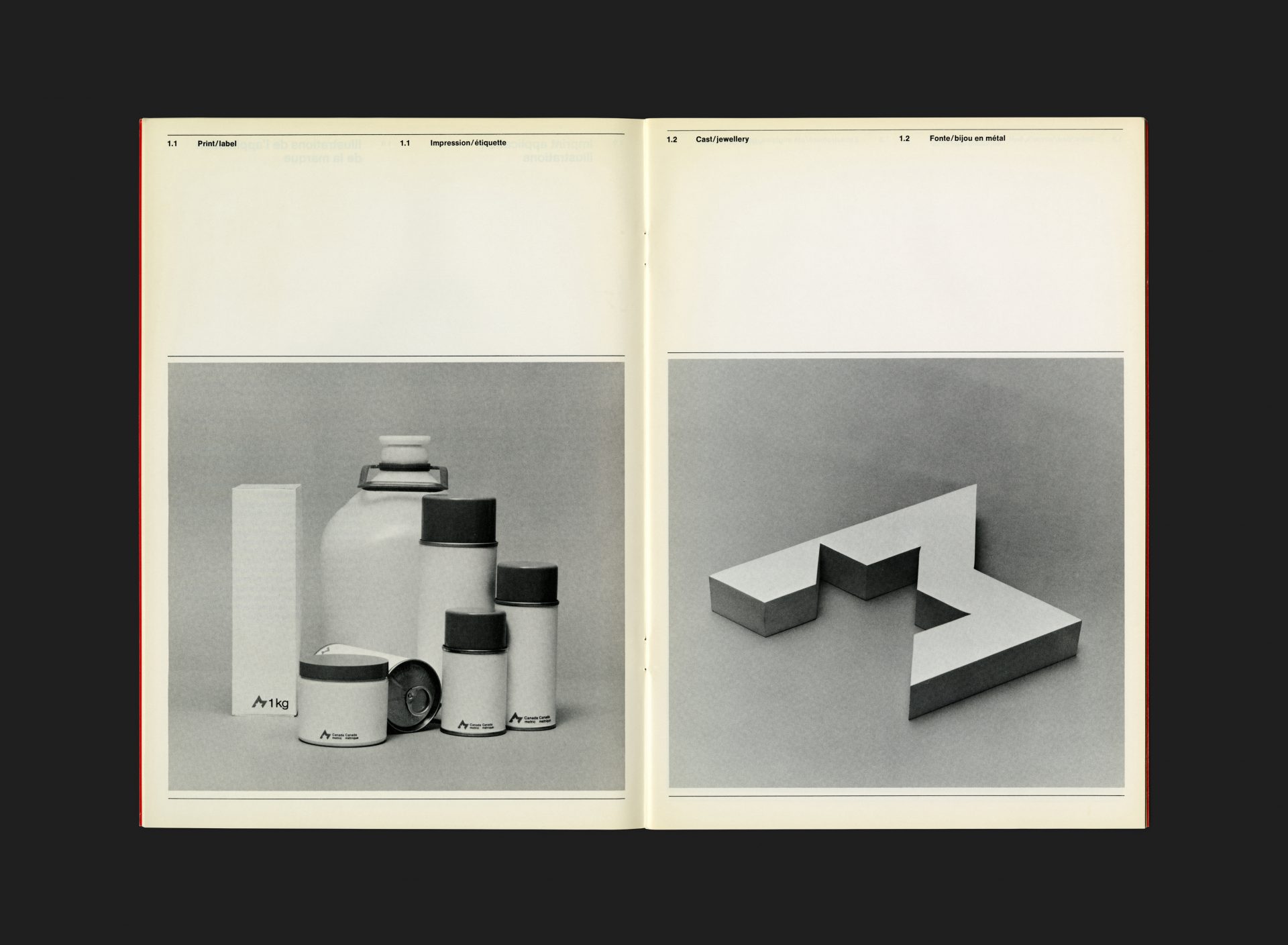 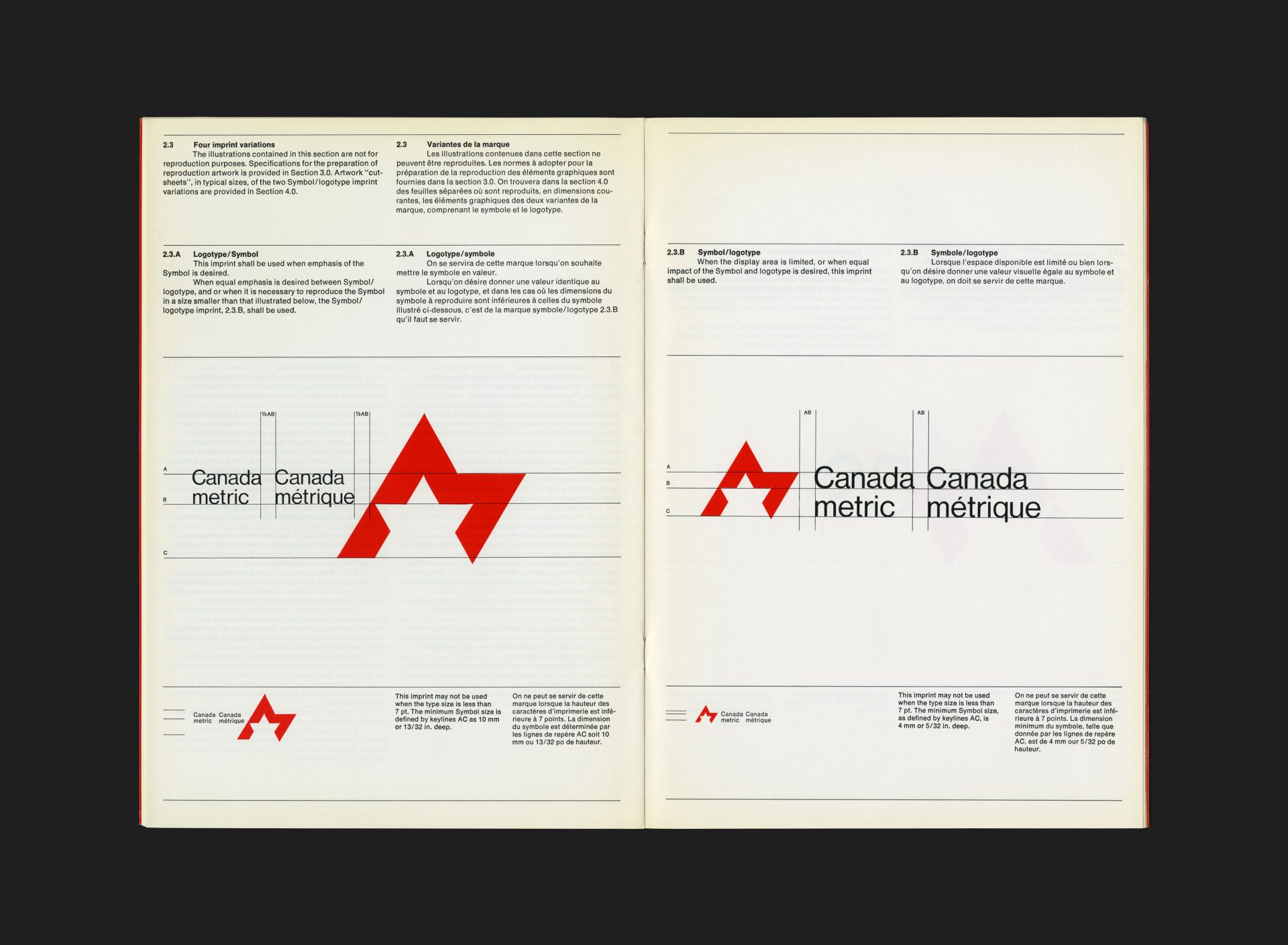 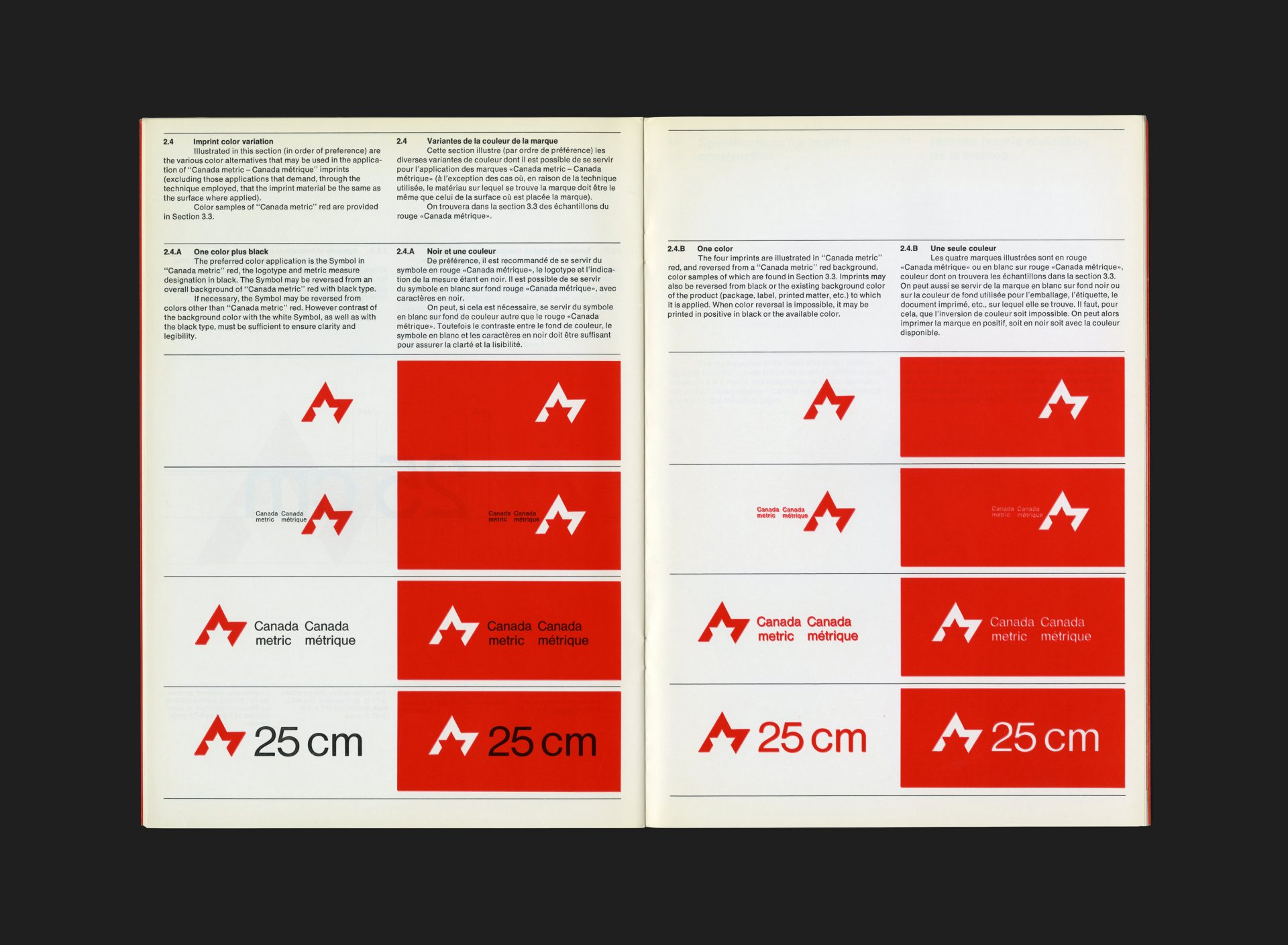 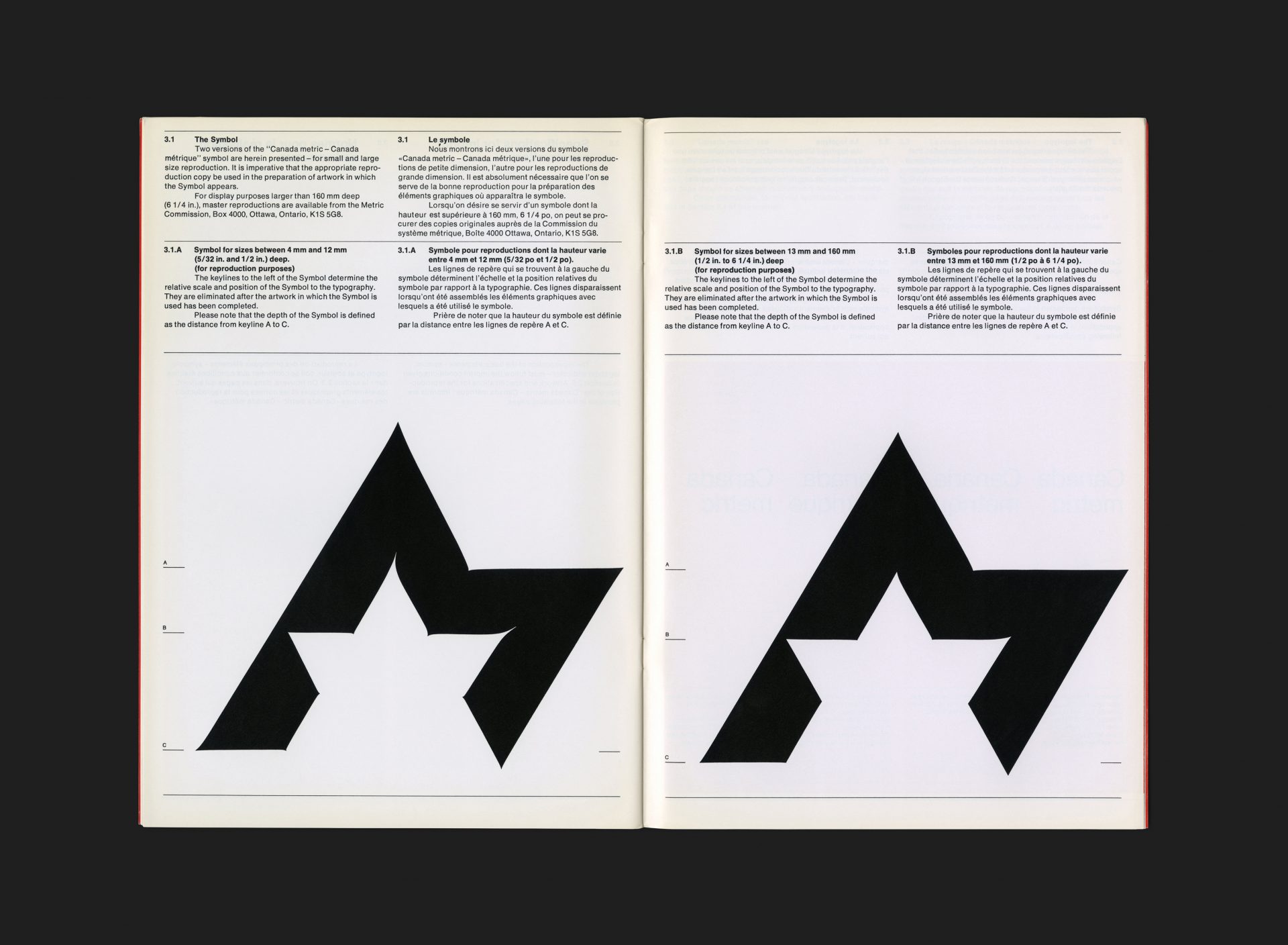 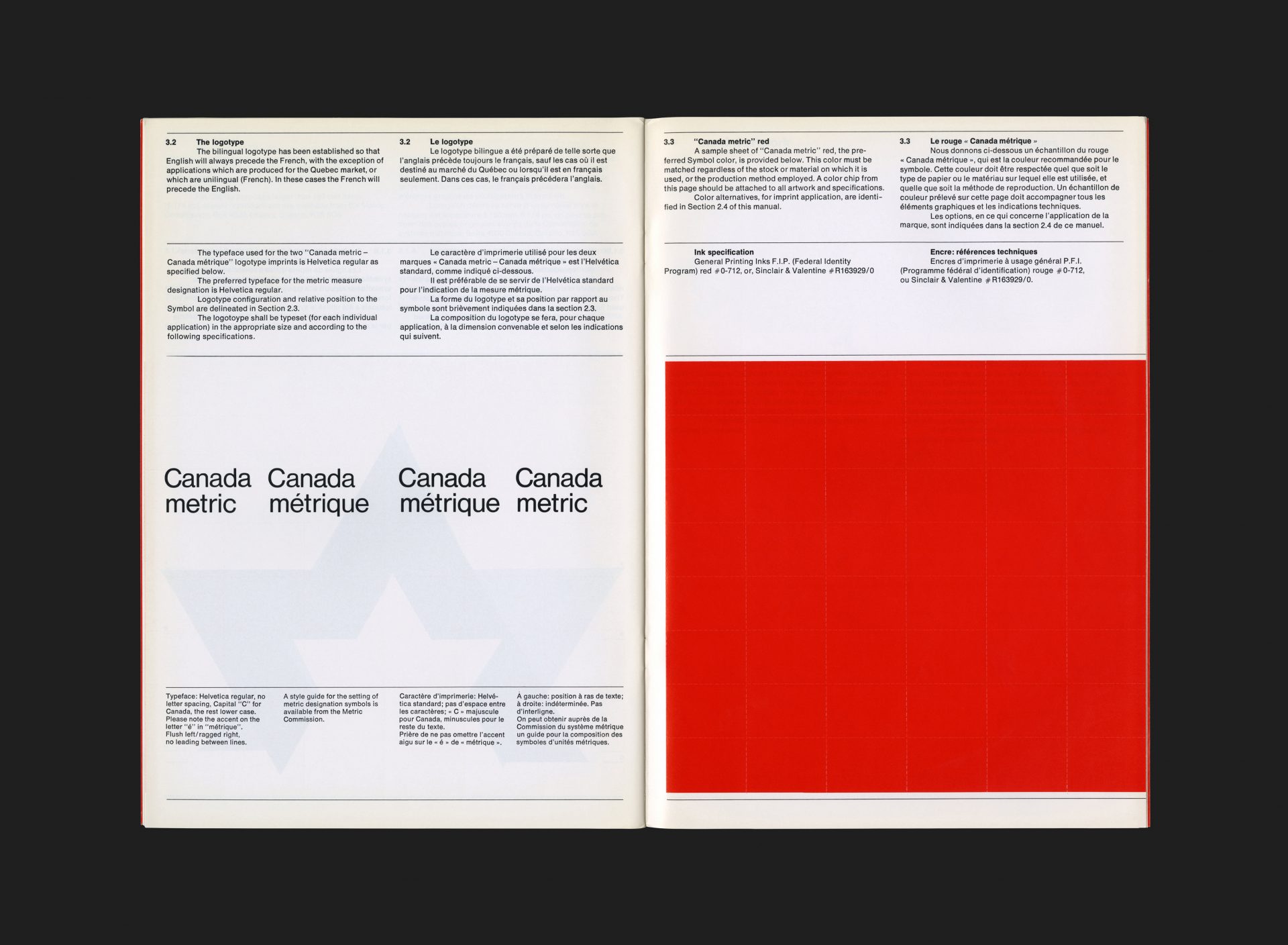 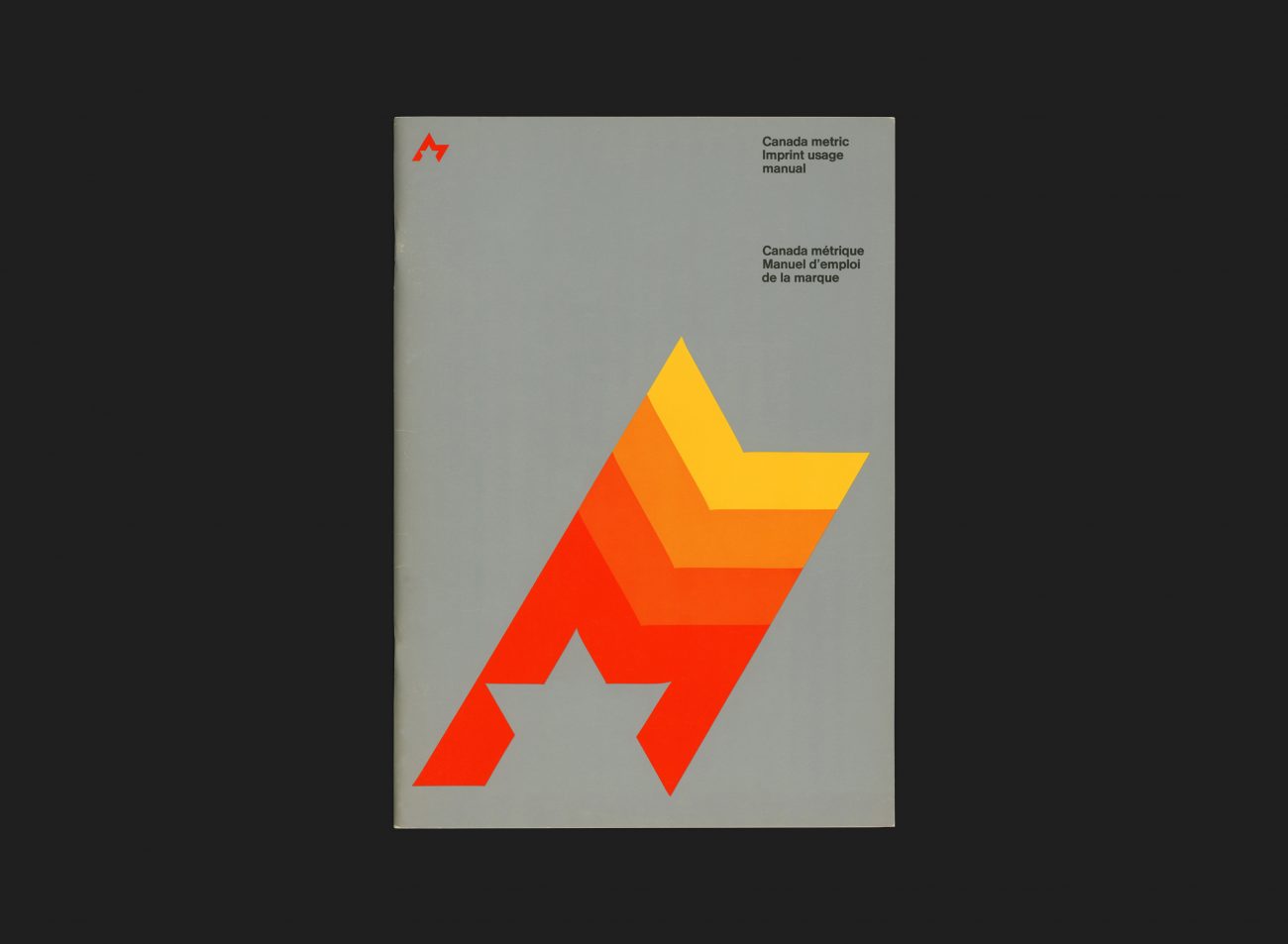 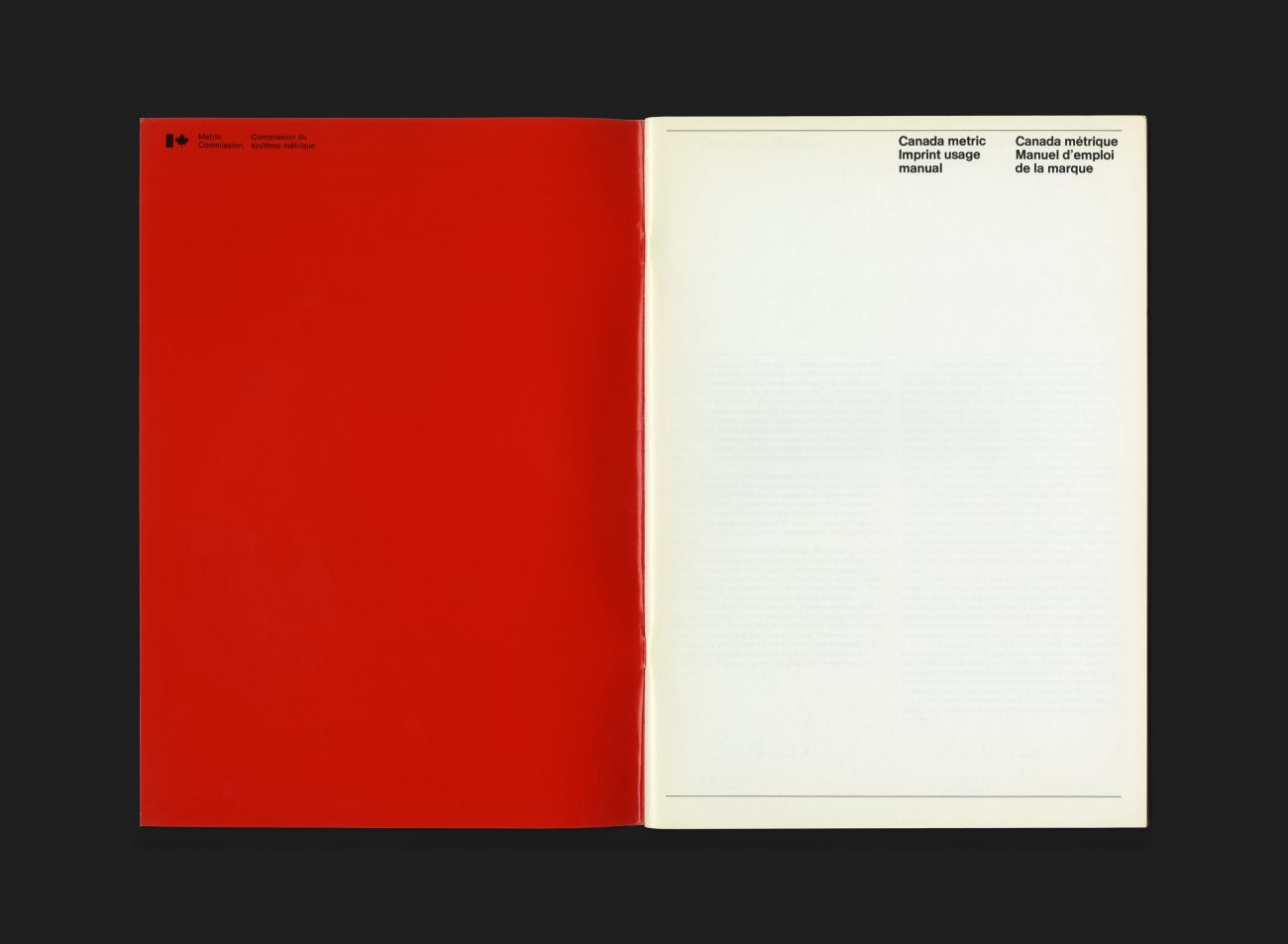 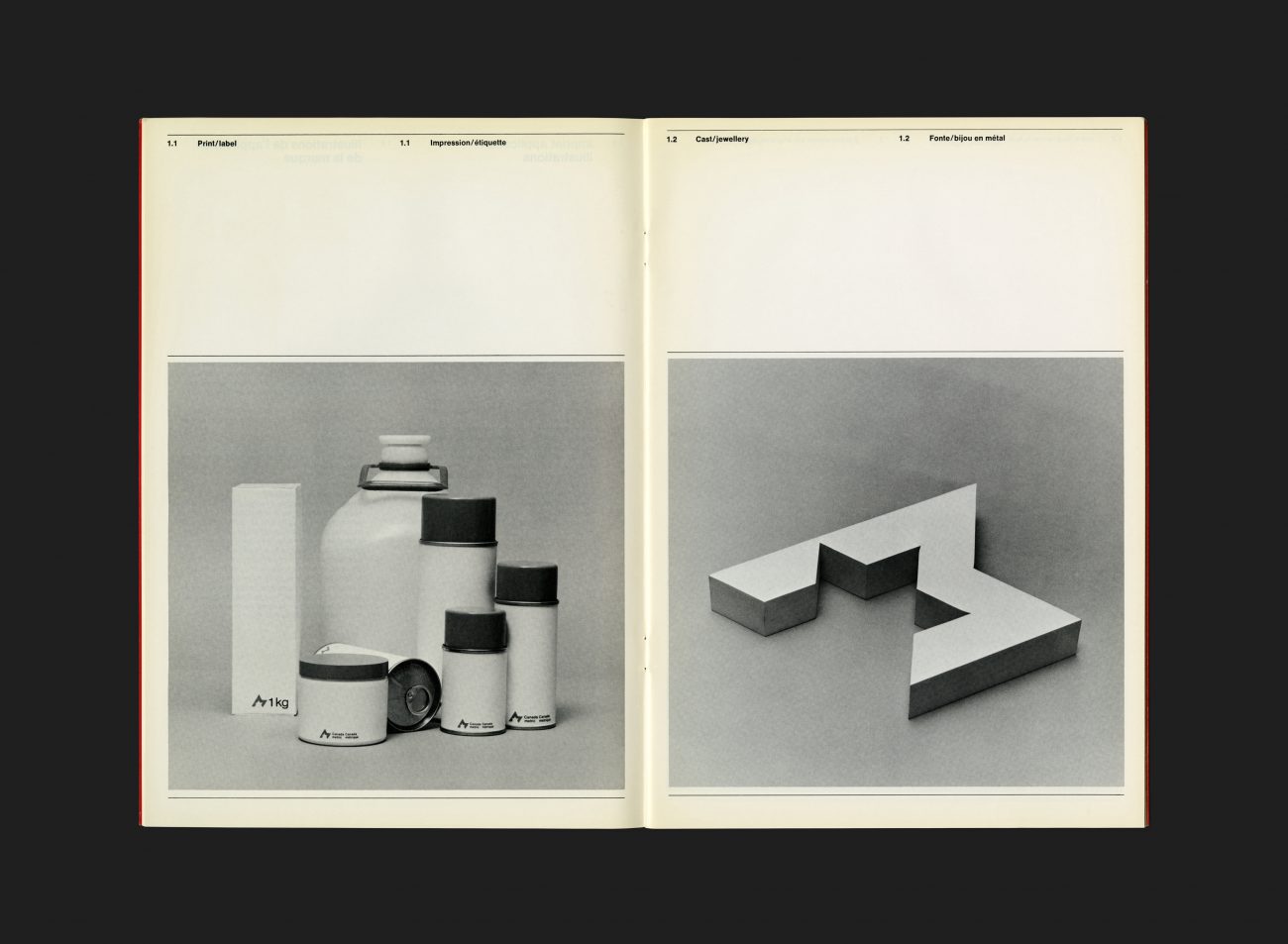 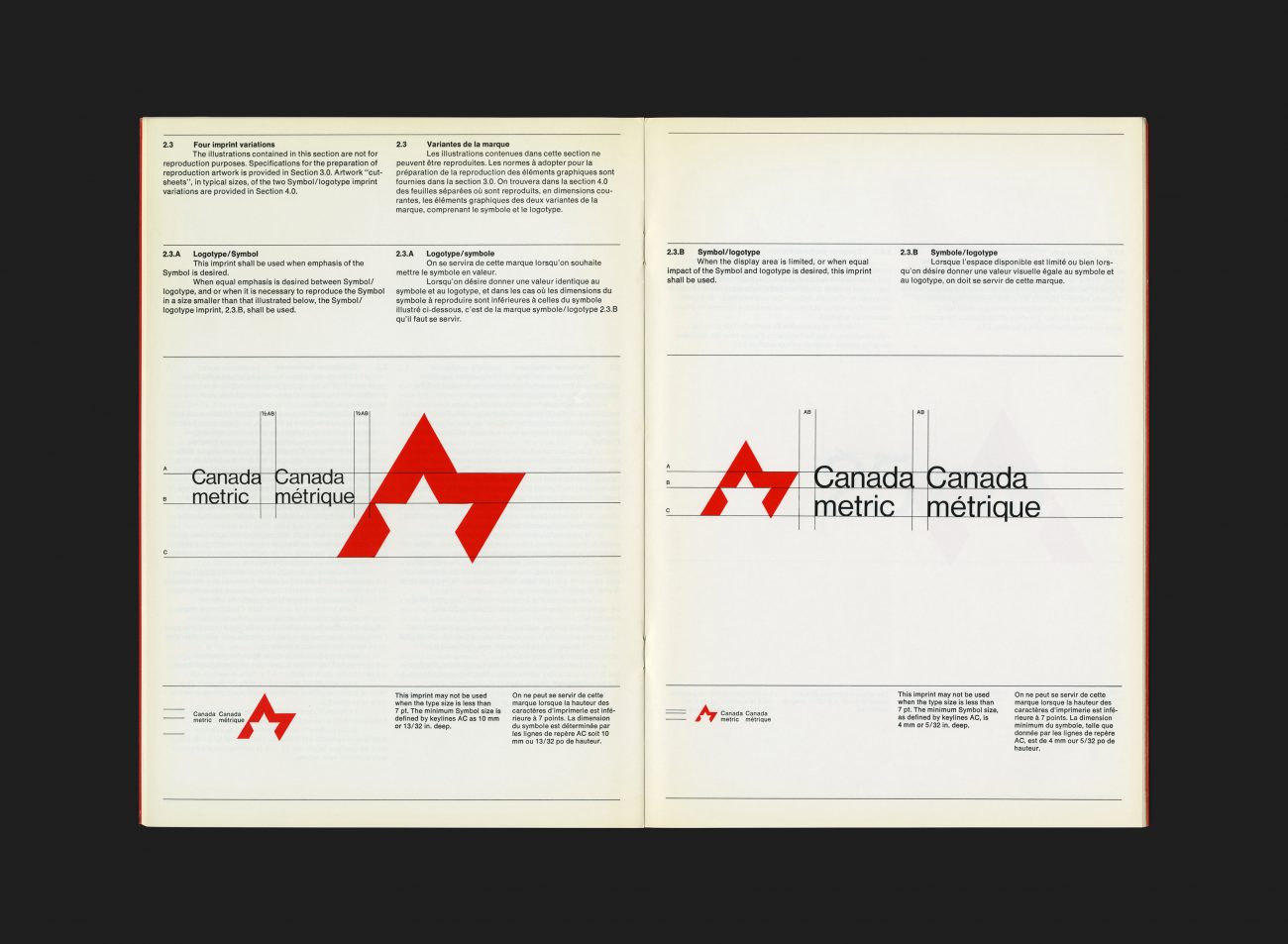 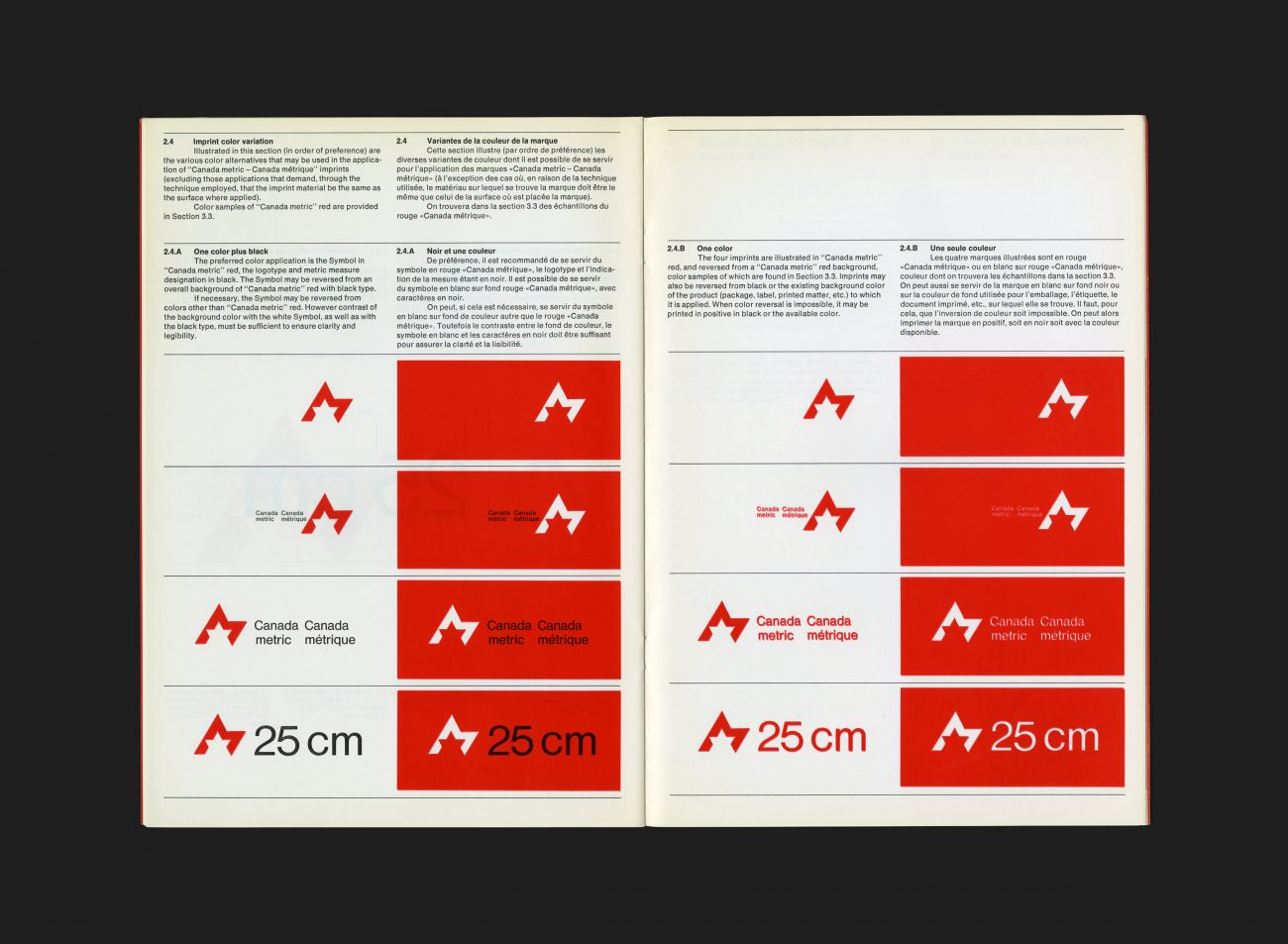 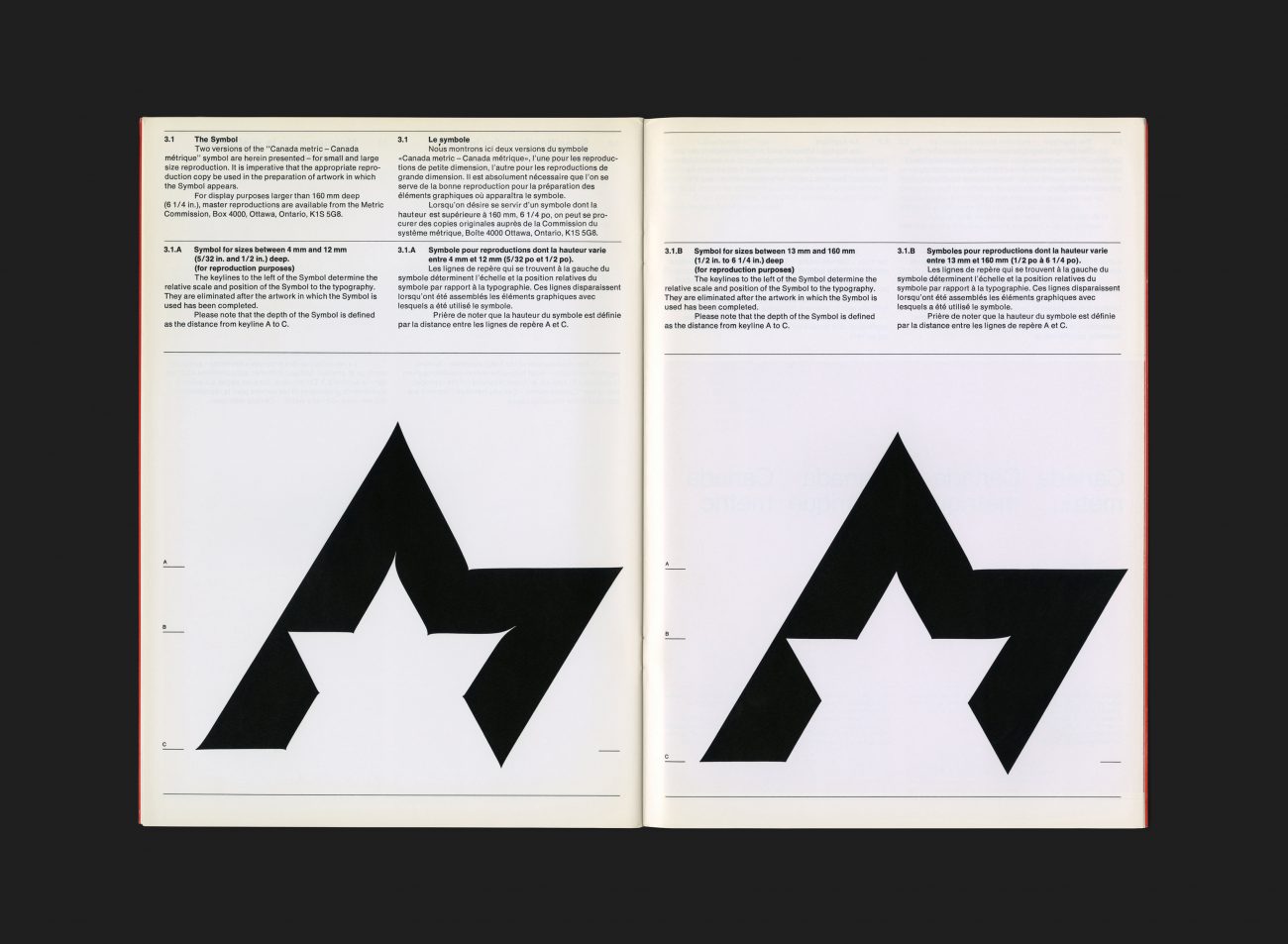 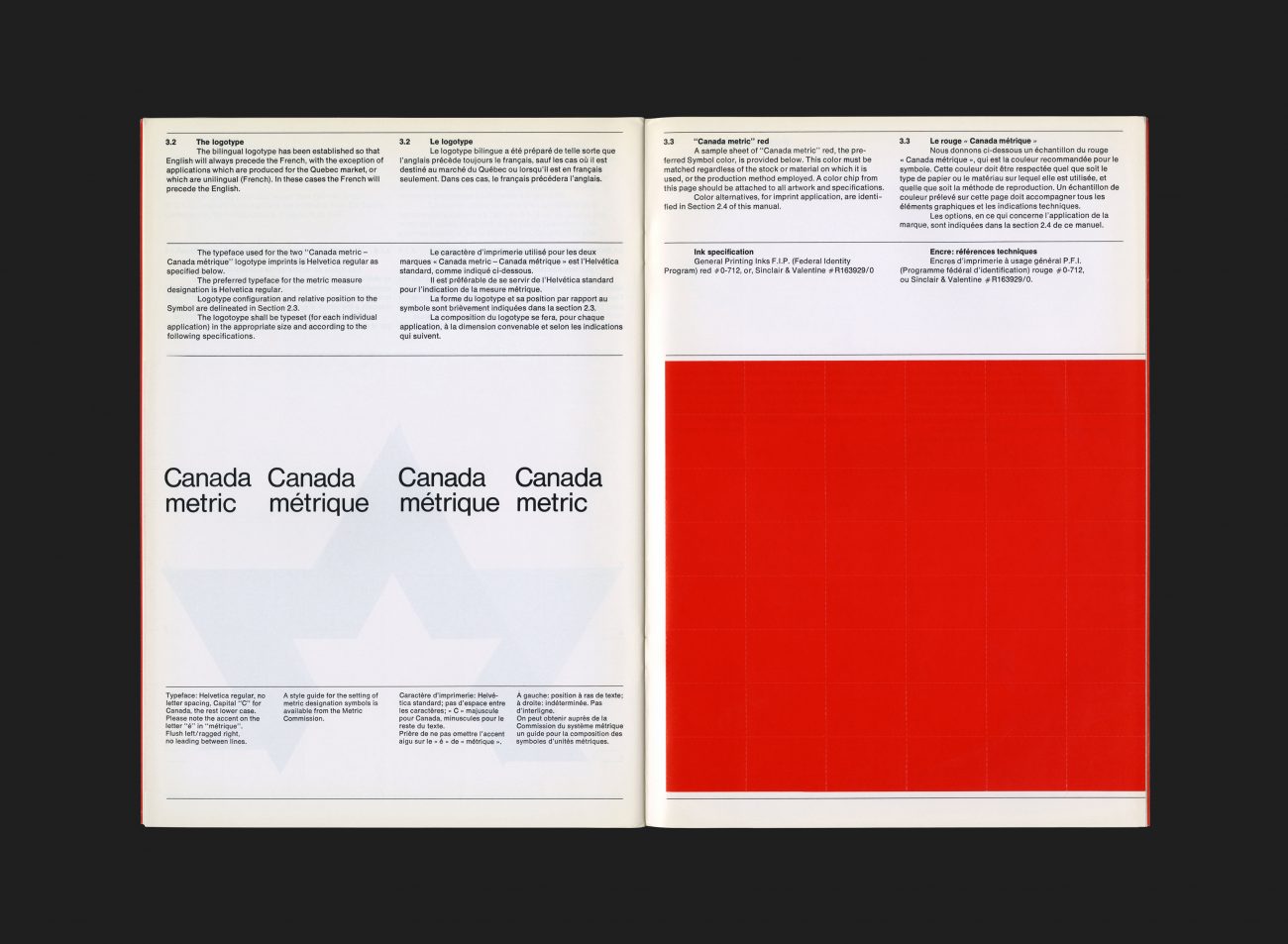 This manual lays out the principles of application for the Metric symbol’s identity. A simple system that combines two variants of the icon with a bold red and black colour palette and a supporting typeface, Helvetica.

The two versions of the icon enable reproduction at different scales, specifically between 4 and 12mm in height for the small version and between 13mm and 160mm for the large. Anyone needing a version larger than 160mm was directed to the Metric Commission for master artwork.

There are four lockups of the icon and logotype, the choice of which depended on the print method, the space available and whether the symbol itself needed greater visual emphasis . The simplicity of the identity was intentional, to facilitate its widespread adoption as the country transitioned to the metric system of weights and measures. In support of this aim, the manual includes a wide range of reproduction examples; including labelling on products and branding in manufacturing hardware and materials.

“…we are constantly bombarded with a surrealistic series of messages in written, visual and audio forms…In order to cope, we have developed a system of shorthand, … best exemplified by what is becoming a refined art: the use of symbols.

Once this symbol becomes widely known, it will be almost instinctively identified as standing for metric conversion in Canada… Wherever it appears, the symbol will stand for the International System of Units, or SI.

But it will mean more. Because the adoption of a new system of measurement involves the process of change, the Symbol will come to mean change, and ready adaptation to that change. It will symbolize too, the ability to adapt; to have the flexibility to successfully cope with new situations.

A great deal of thought and creative energy went into forming what — at first glance — might seem a simple and uncomplicated Symbol. But in its simplicity lies its effectiveness… This manual outlines the rules, and we must emphasize their importance. A symbol is only as good as the impression it creates.”