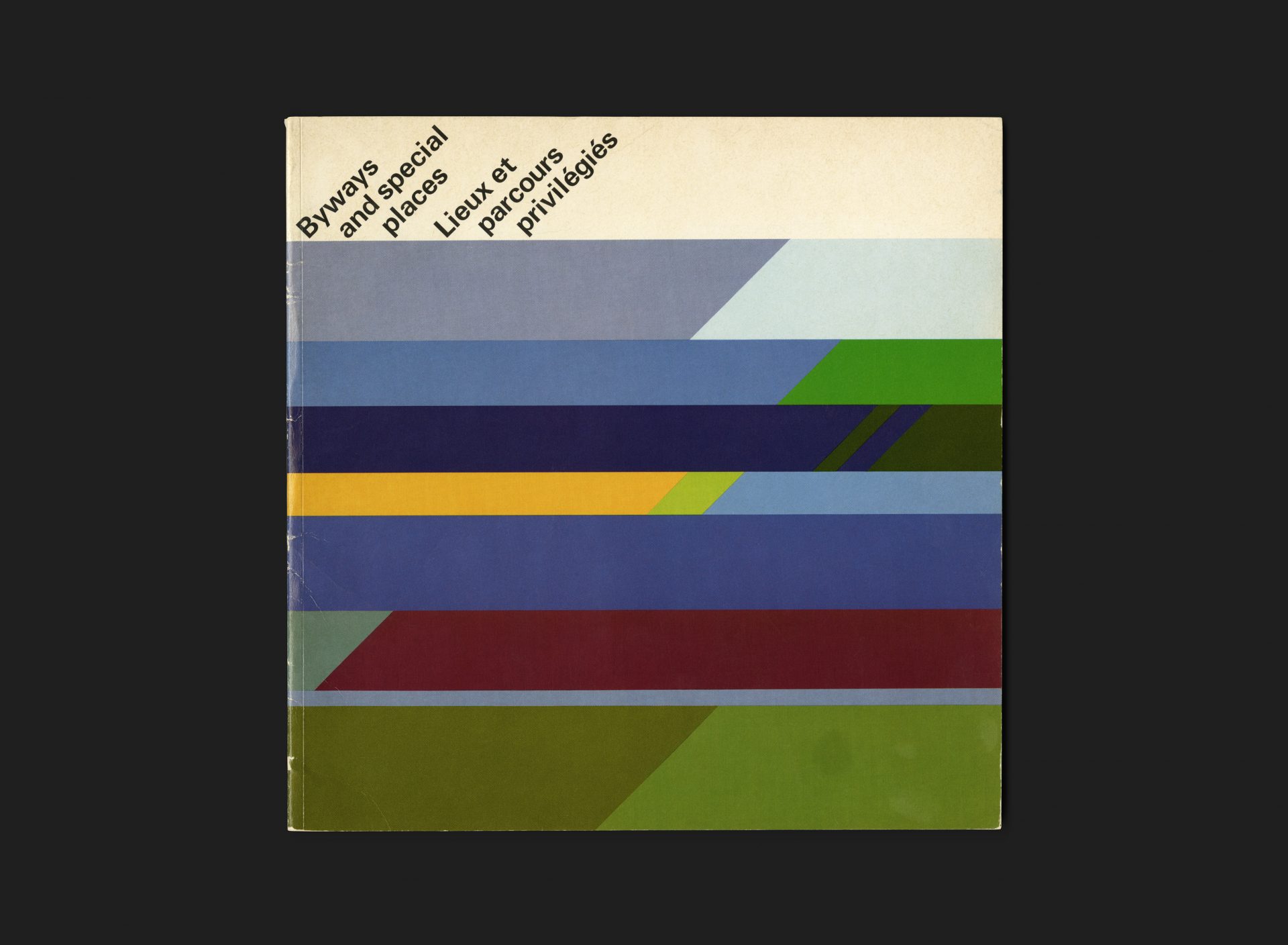 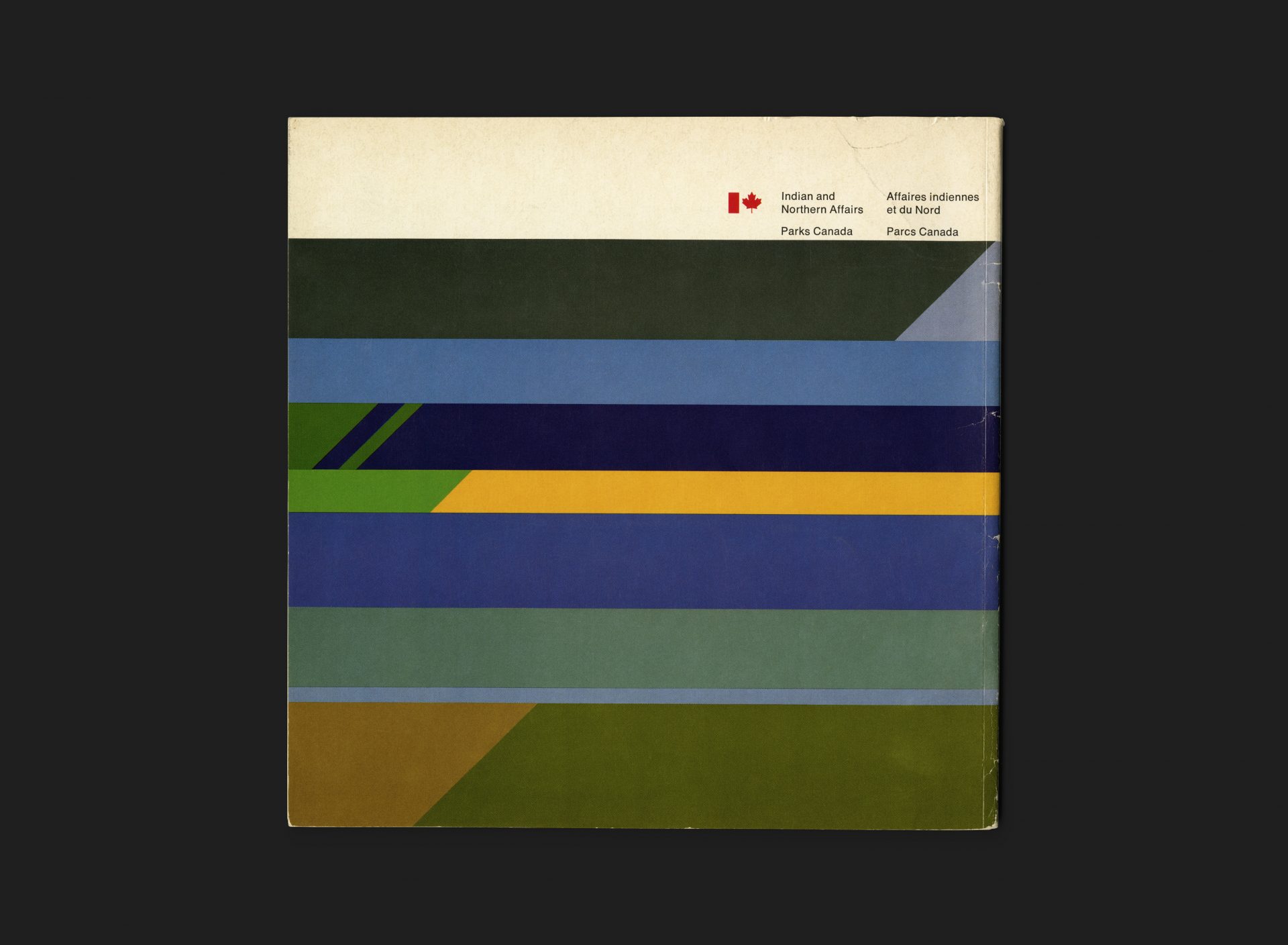 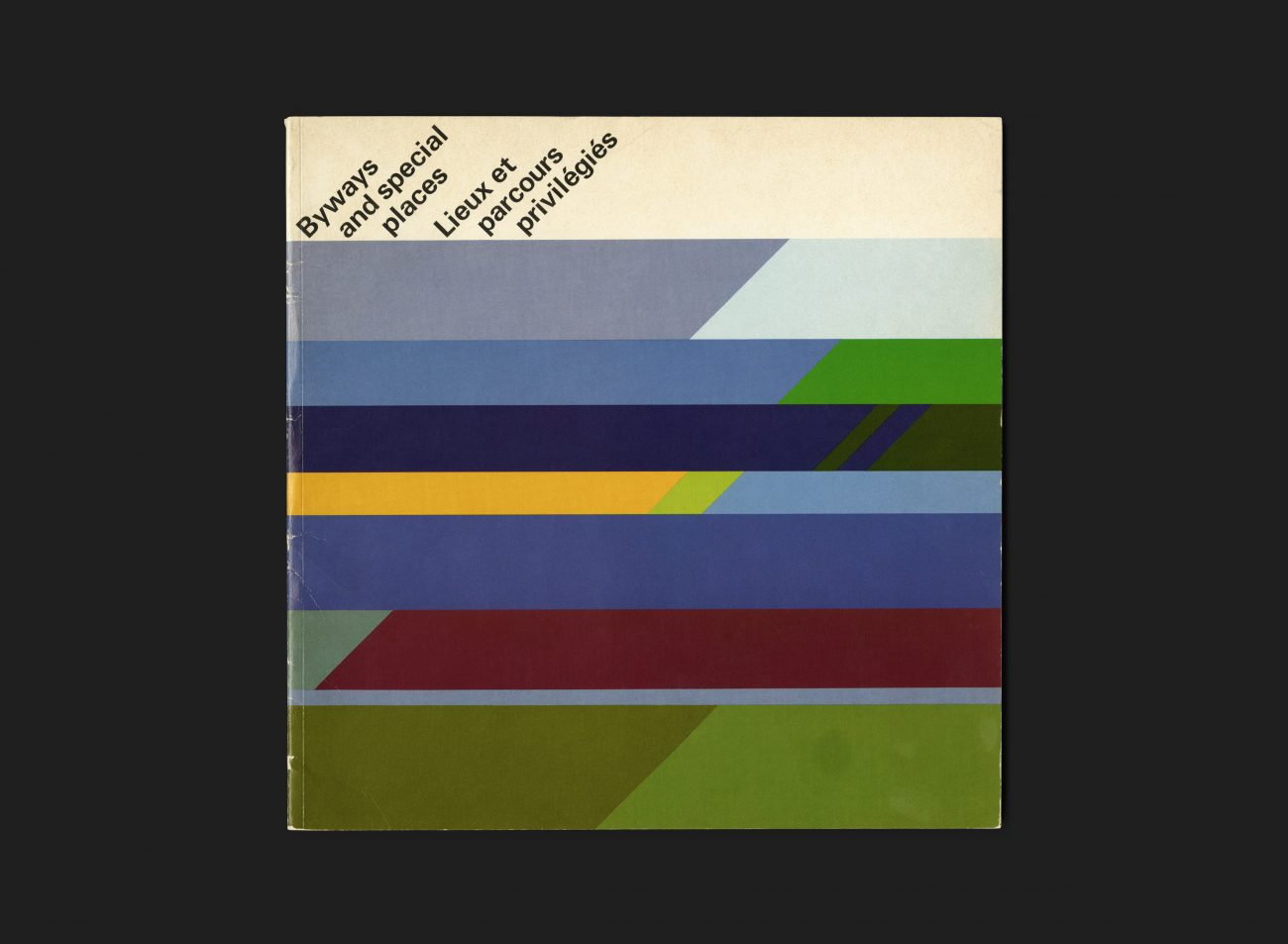 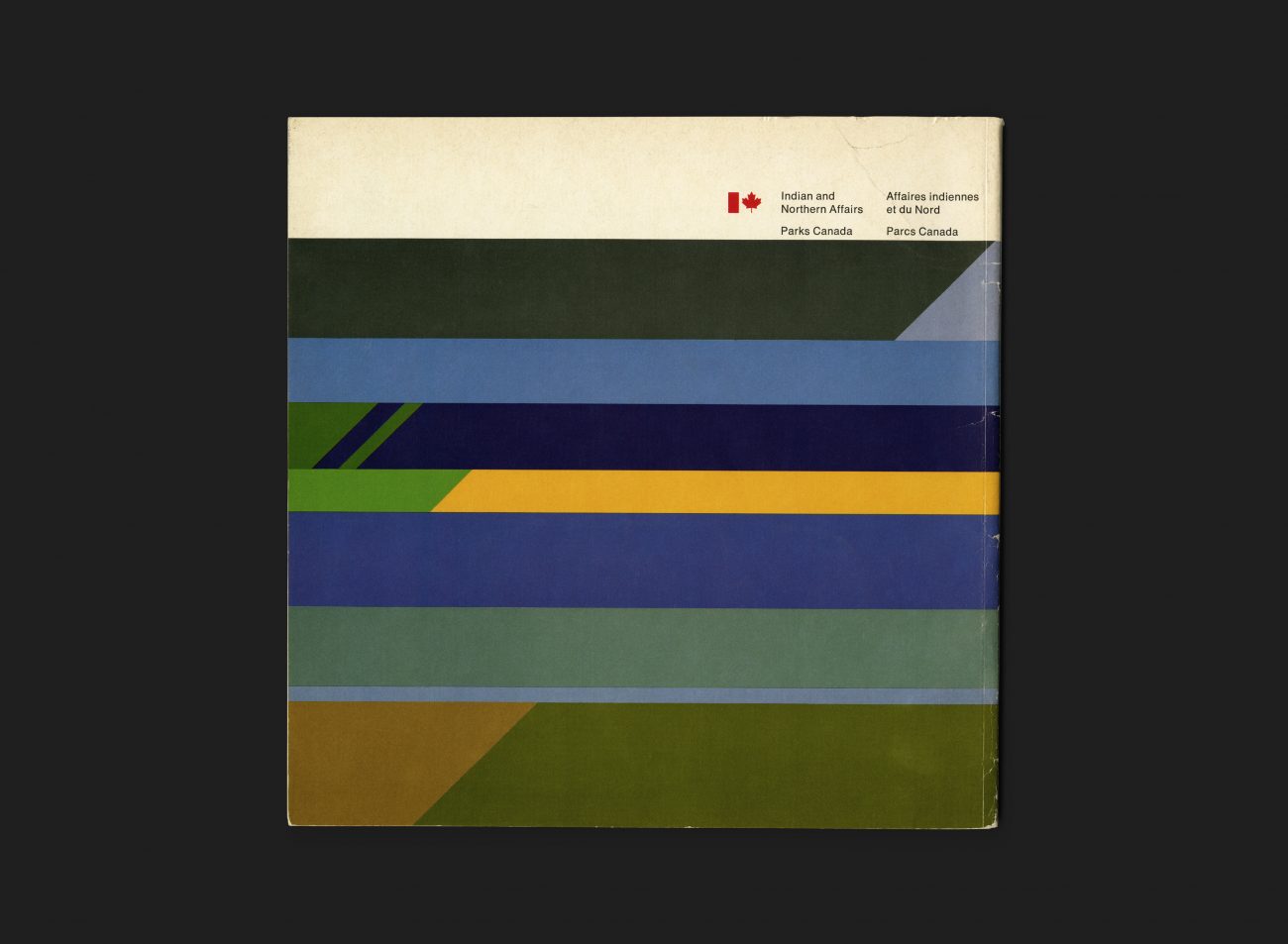 Parks Canada is the federal agency responsible for protecting and preserving Canada’s natural heritage for the benefit of current and future generations. They were a longstanding client of G+A, who produced numerous programs and publications for the various departments within Parks Canada, including this one for the Ministry of Indian Affairs and Northern Development.

The ‘Byways and Special Places’ Program was launched by Jean Chrétien (Minister of Indian and Northern Affairs) in 1972. It set out new initiatives to preserve Canada’s national heritage and extend the program of national historic parks and sites in four new directions: canal systems, national marine parks, national landmarks and wild rivers.

The publication is divided into sections that map the country’s many National Parks, National Historic Parks, major historic water routes and both historic and scenic land routes. Fritz’s cover design uses bands of coloured parallelogram elements, each row conveying a sense of the many water courses, canals and rivers, and reflecting the diverse range of natural environments they flow through (in abstract form).