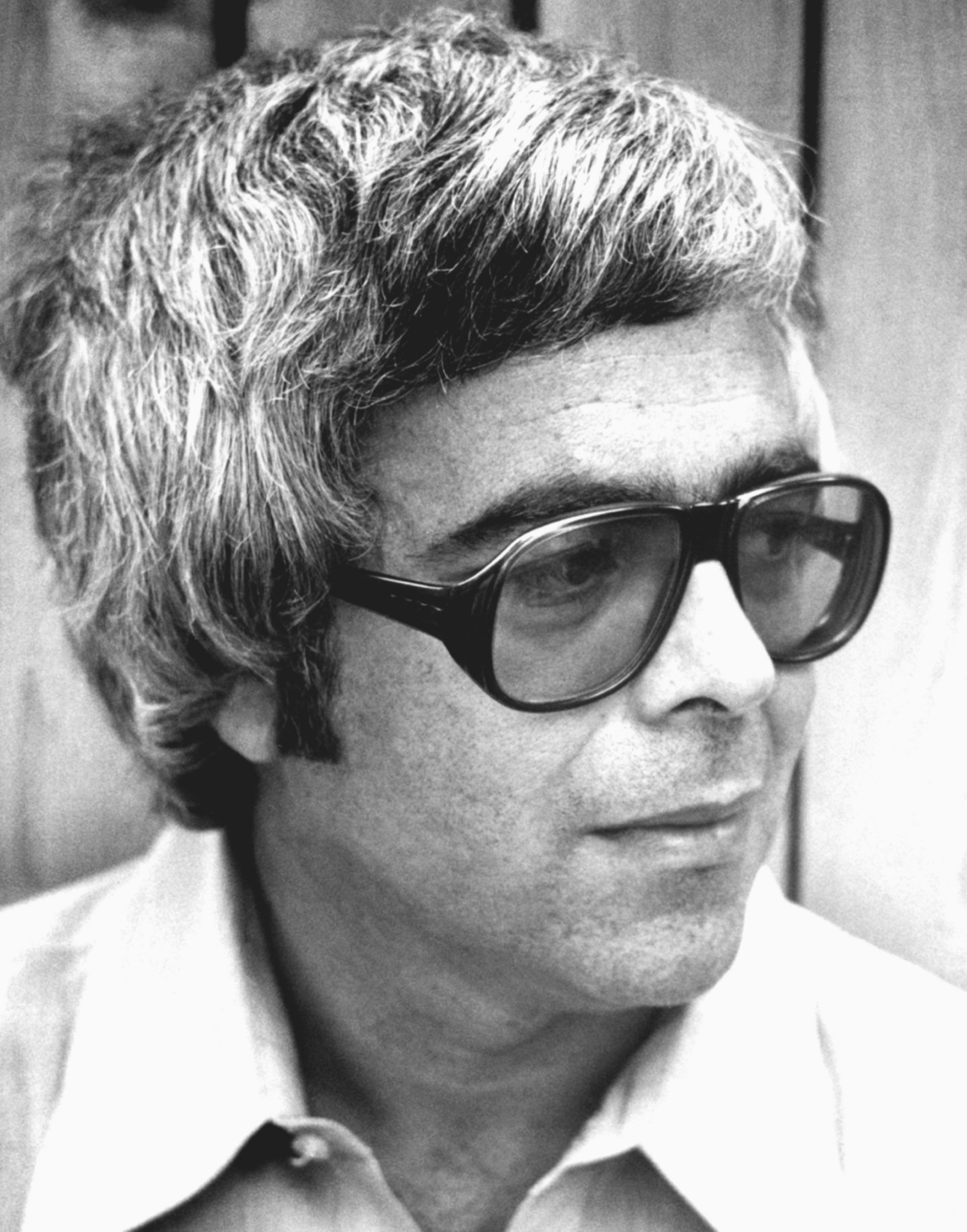 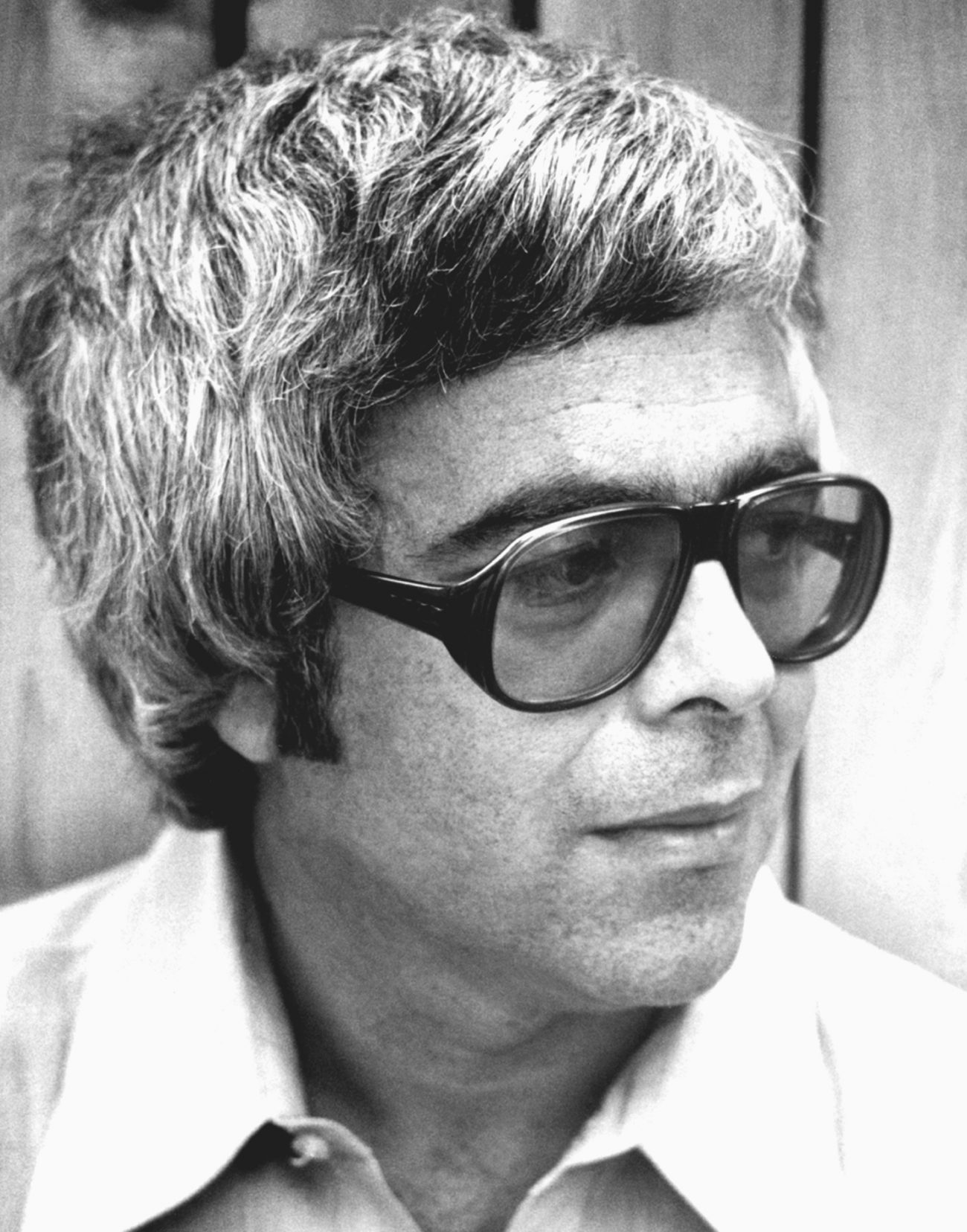 Burton was born in The Bronx, New York City in 1932, during the Great Depression. In High School he discovered art and sculpture, and quickly decided that this might be a career direction worth pursuing. A brief spell at New York State University was followed by a move to Chicago’s Institute of Design one of America’s most avant-garde design schools. Founded as the ‘New Bauhaus’, it was here that he was exposed to graphic design for the first time, and after taking some courses in the subject he arrived at a crossroads — to become a sculptor or a designer.

“I decided, after much consideration, to follow design. In part, because I didn’t want to live on Kraft Dinner for the rest of my life”.

Having been exposed to the aesthetics of the Bauhaus movement and after gaining his BSc, Burton moved on to Yale where he completed an MFA in graphic design. The course was led by some of Modernist design’s most prestigious practitioners and educators. Burton studied with Josef Albers, Alexey Brodovitch, Paul Rand, Bradbury Thompson and Herbert Matter. Of all these luminaries, it was Rand who provided the greatest inspiration.

“He was critical, which was fundamental to learning. He also encouraged the idea that you should always have reasons for everything you do, which was not something any other teachers had talked about.”

After Yale, Burton’s first full time design role was in the New York studio of German-born Will Burtin. It was here that he worked on major exhibits such as the famous ‘Blood Cell’, packaging for Upjohn Pharmaceuticals and exhibits for the US Information Agency. At Burtin’s office he worked with Yves Zimmerman, a young Swiss Designer, George Klauber and Betti Broadwater.

After a year, Mildred Schmerz, a former fellow student at Yale and now an Editor at The Architectural Record magazine, invited Kramer to join the staff as Assistant Art Director. During this time he was also designing the magazine of The American Society of Magazine Photographers.

He had spent a year with New York Life Insurance Company as Assistant Art Director when Betti Broadwater called to let him know there was a position open at Geigy Chemical Corp. Kramer was interviewed and quickly hired, to join Broadwater and Yves Zimmerman again, along with Harry Pattek, also a former Yale student.

“Geigy was the first time I really had the chance to do the sort of work I was excited about” says Kramer. While at Geigy, Kramer designed all of the advertising for their Dyestuffs Division, the corporate magazine and exhibits. It was at Geigy that Burton met his Swiss-born wife-to-be, Irène.

In 1961, during the height of the ‘International Influence’, Burton moved to Zurich, taking on the position of Chief Designer at the E. Halpern Agency. His impact during his time here was significant, winning many prestigious awards and being honored as the first non-Swiss designer to be accepted into the Verband Schweizerischer Grafiker (VSG).

In 1965, he was approached by Paul Arthur + Associates in Toronto. Burton had visited Toronto once before, and it had left a positive impact on him, and a feeling that “Canada (Toronto) was a place where I could see myself living and working someday”. With no formal interview, Kramer sent slides of his work. These were passed to a friend of Arthur’s, the designer responsible for the Canadian National Railway’s logo, Allan Fleming, who sent back the two-word advice — “hire him”.

At Paul Arthur + Associates his task was to create the map system, boutique graphics and signage for Expo ‘67 in Montréal, the major project that all three offices of the firm (Toronto, Ottawa and Montréal) were immersed in.

When the Expo work tapered off, Arthur closed the Ottawa office and needed to let Burton go. Following a recommendation by Design Collaborative partner Tony Mann, Kramer was invited to set up an in-house design team at the Clairtone Sound Corporation, a manufacturer of stereo and TV equipment. Kramer designed the corporate logo, rewrote and redesigned all of their product user manuals, designed the graphics for shipping cartons, point of sale material, forms and the annual report. His work for Clairtone was featured in the Tokyo magazine, ‘Graphic Design’, but it soon became apparent that the company was unlikely to survive.

“When I went to Clairtone I didn’t know that they were losing their shirts, and after only a year I was told to wind-up the department. My train of thought was…‘that’s two strikes in three years. I’ve had enough of working for other people.’”

Initially operating from the corner of a photographer friend’s studio, Burton set up on his own. The Royal Ontario Museum offered him $600 a month to do open-ended work, and he thought, “if I can just get another client or two then I can actually do this”.

Before long, his pioneering work could be seen all over Toronto, leading to increasing notoriety and success through numerous new relationships such as the Ontario Educational Communications Authority, Canada Post, NOMA, Canada Systems Group and Design Canada. His design of “The Art of Norval Morrisseau” received a medal at the Leipzig Book Fair.

In 1974 Burton successfully won the project that would contribute more than any other to his place in Canadian design history — the logo and corporate visual identity program for the Canadian Broadcasting Corporation (CBC). He had recently taken Canadian citizenship, and that same year he became one of the first Canadian members of the AGI (Alliance Graphique International).

In 1980, Burton began teaching corporate design and typography at the Ontario College of Art and Design (OCAD), a role he continued in for the next 21 years, while also lecturing in Mexico and the USA. In 2002 he received the Order of Ontario, followed by an Honorary Doctorate in Design from OCAD. In 2012 he was the recipient of the Queen’s Silver Jubilee Medal. In 2015 the Canadian Art Directors & Designers Club awarded him their prestigious Lifetime Achievement Award. In 2018 Kramer was appointed as a member of the Order of Canada, one of Canada’s highest civilian honours, which recognizes outstanding achievement, dedication to the community and service to the nation.

There are two archives of his work, one residing in the Vignelli Center for Design Studies, at Rochester Institute of Technology (RIT), the other housed in the permanent collection of the Royal Ontario Museum, Toronto (ROM). His former firm, Kramer Design Associates, continues under the ownership of Burton’s son, Jeremy Kramer, now focused on signage programs, street furniture and media architecture for global clients.

Burton retired from graphic design to begin a new career as an abstract painter, continuing to express his love of geometry, color and form, inspired by musical composition. He has exhibited his work around the world, including Bogota, Mexico City, Vienna, Philadelphia and of course, Canada.