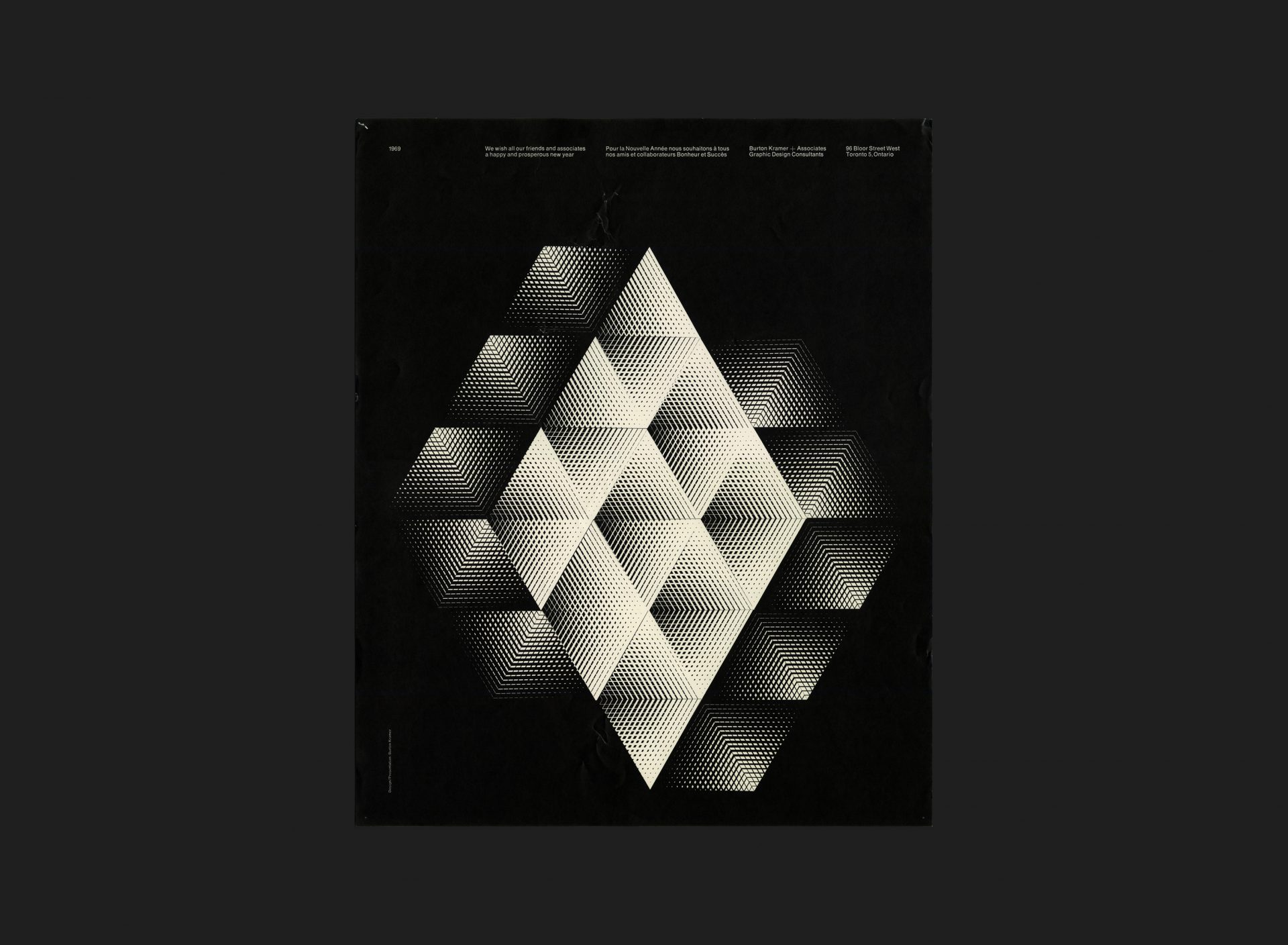 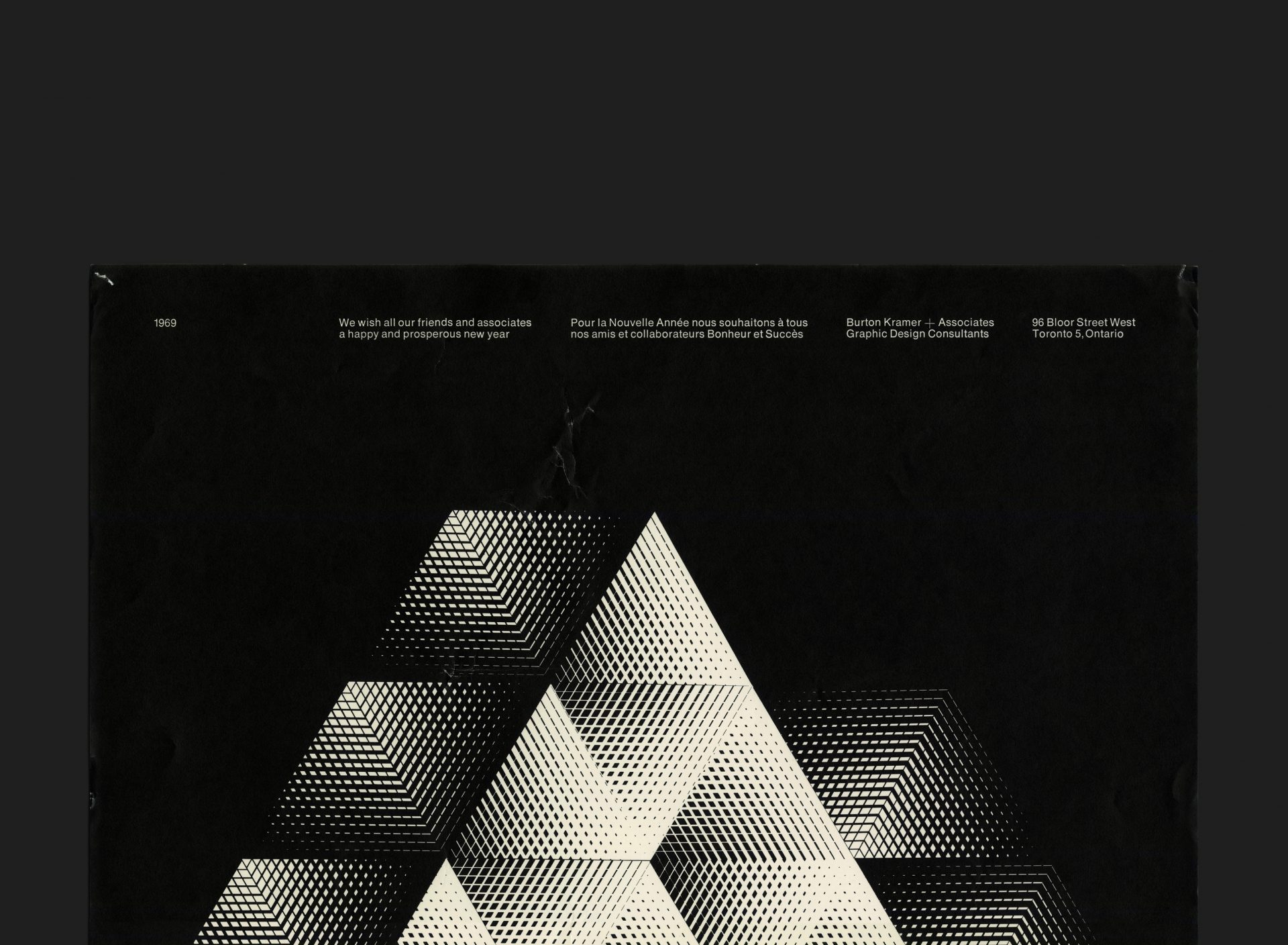 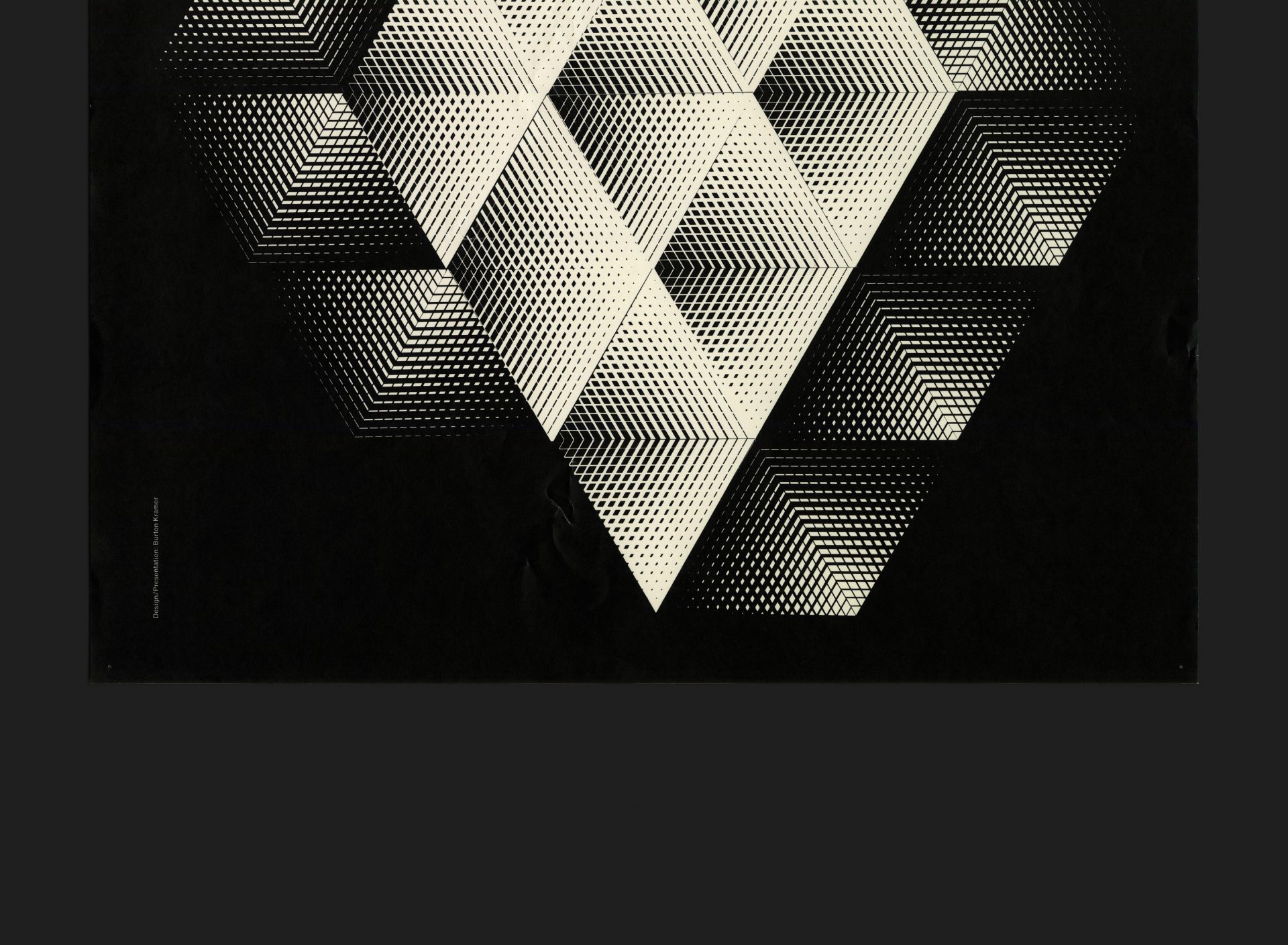 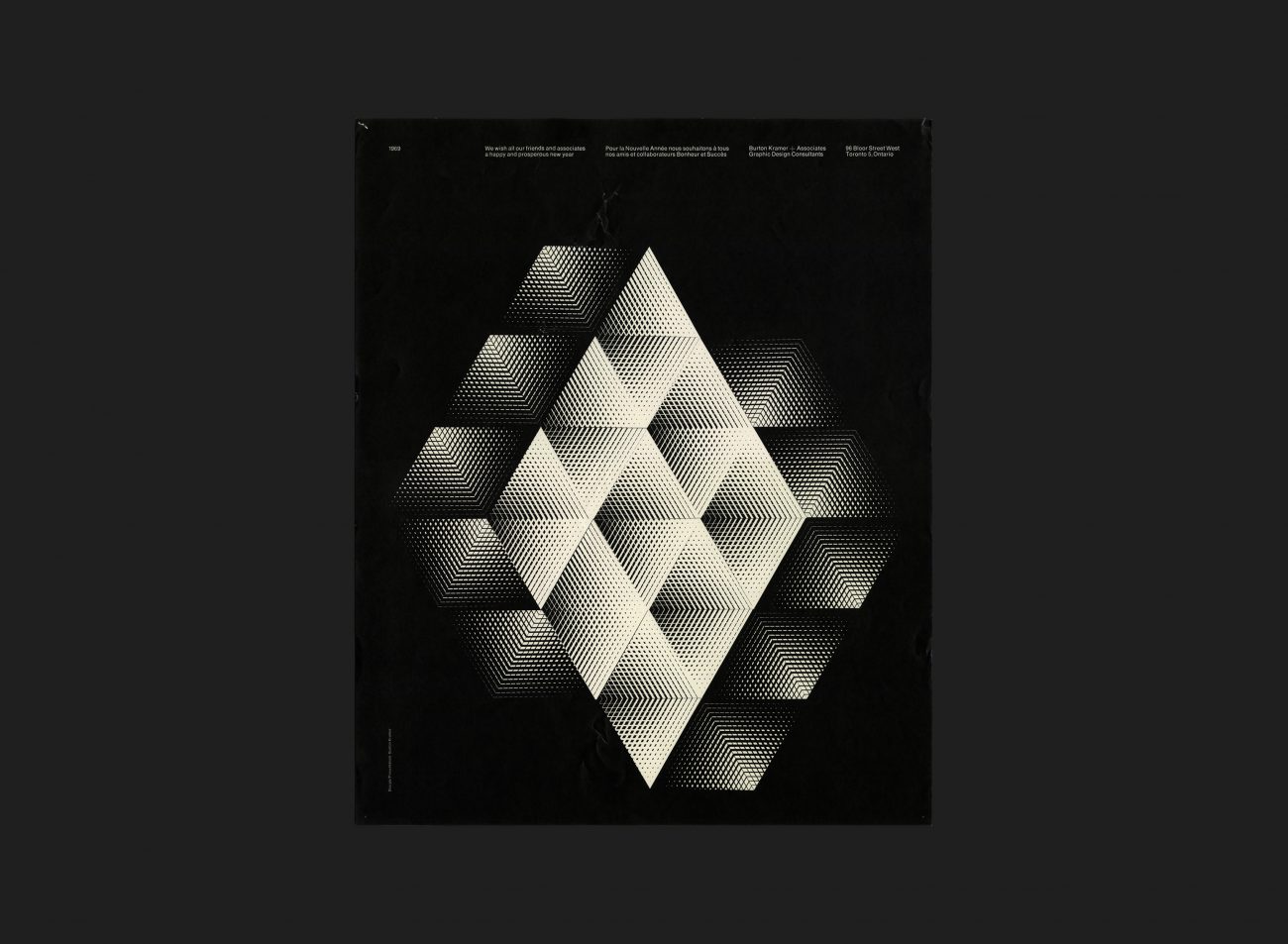 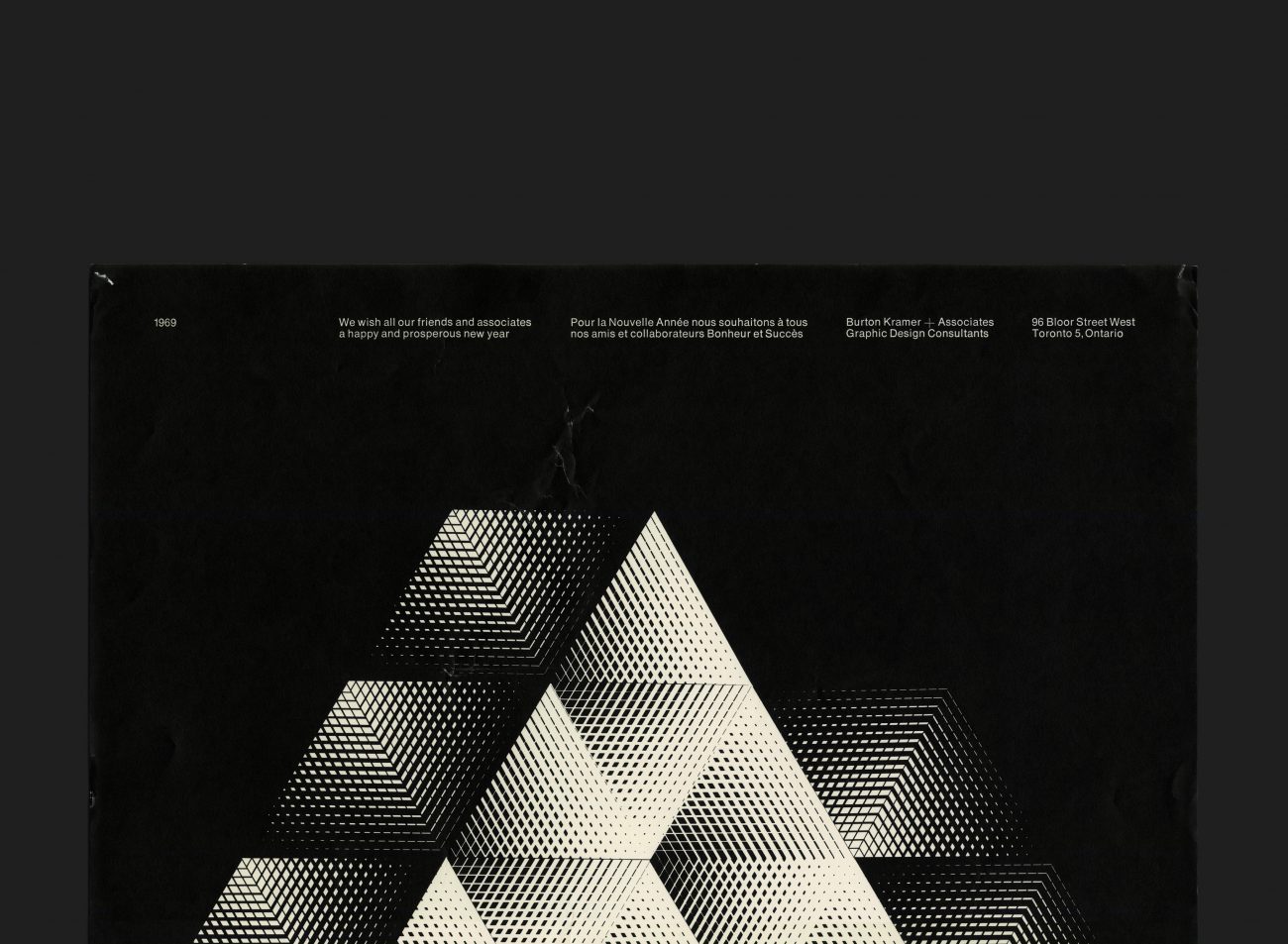 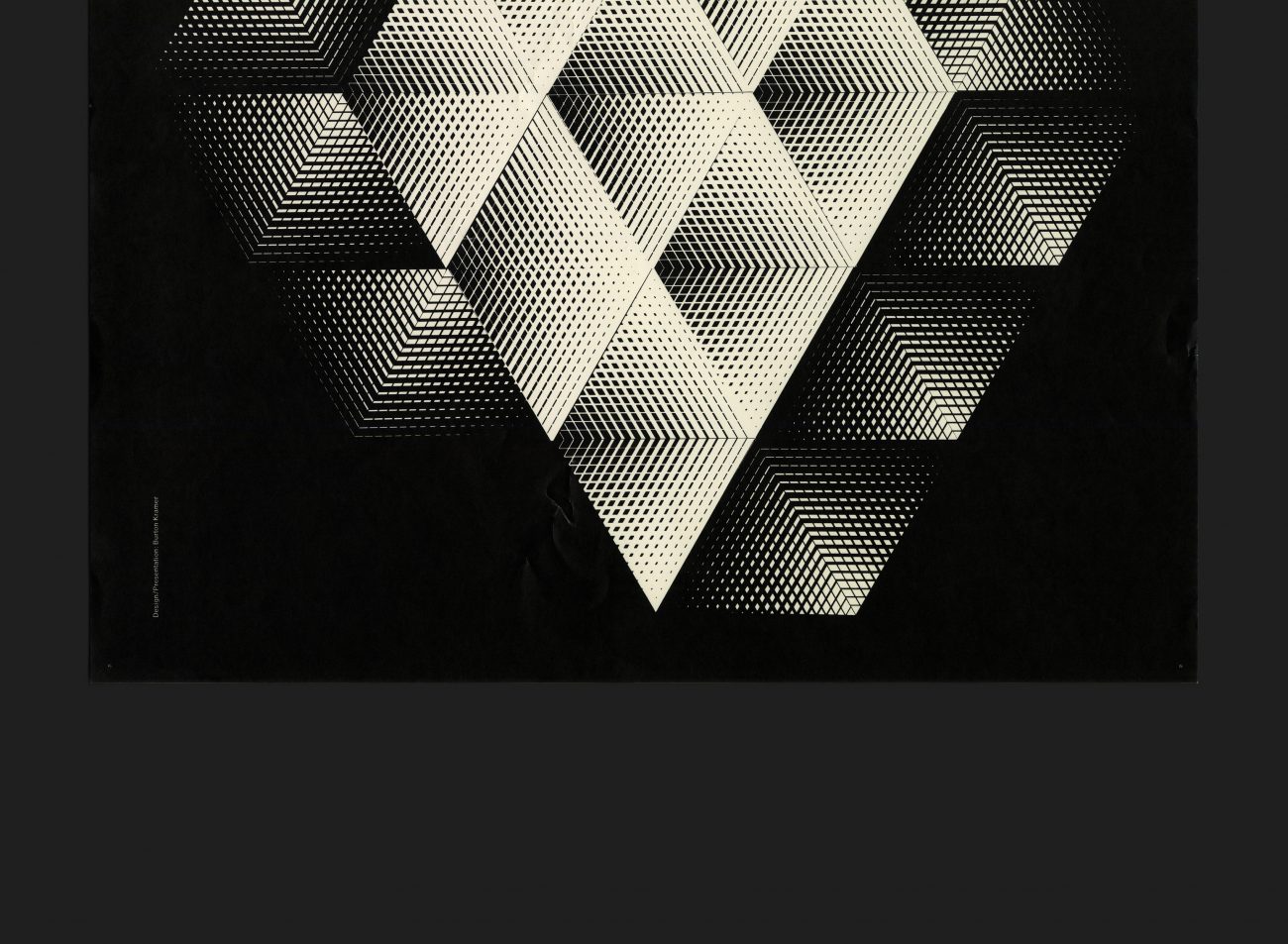 Title: We wish all of our friends and associates
a very happy and prosperous new year.

Acquisition: With the help of the Rolf Harder Estate

Just over a year after forming his own design consultancy, Burton Kramer designed this greetings poster, sent to friends and associates to mark the commencement of the New Year in 1969. These issues were produced annually in mini-poster format rather than the more traditional greetings card.

The design takes a diamond graphic, constructed by process of elements, formed through geometric increments on a 60º equilateral triangular grid. The sets of triangles are then rotated in variations giving the illusion of a singular central diamond, with an additional two diamonds morphing into, and out of, the middle. The mirroring and rotation of the graphic forms further evokes the sense of 3 dimensions. This approach connects to the delicate nature of snowflakes, relevant at this time of year in Canada, as well as the shift of time, as one year transitions into the next.

This particular example was sent personally by Burton to Rolf Harder, who not only kept it in his collection, but had clearly once displayed it with evidence of the pin holes in each corner.