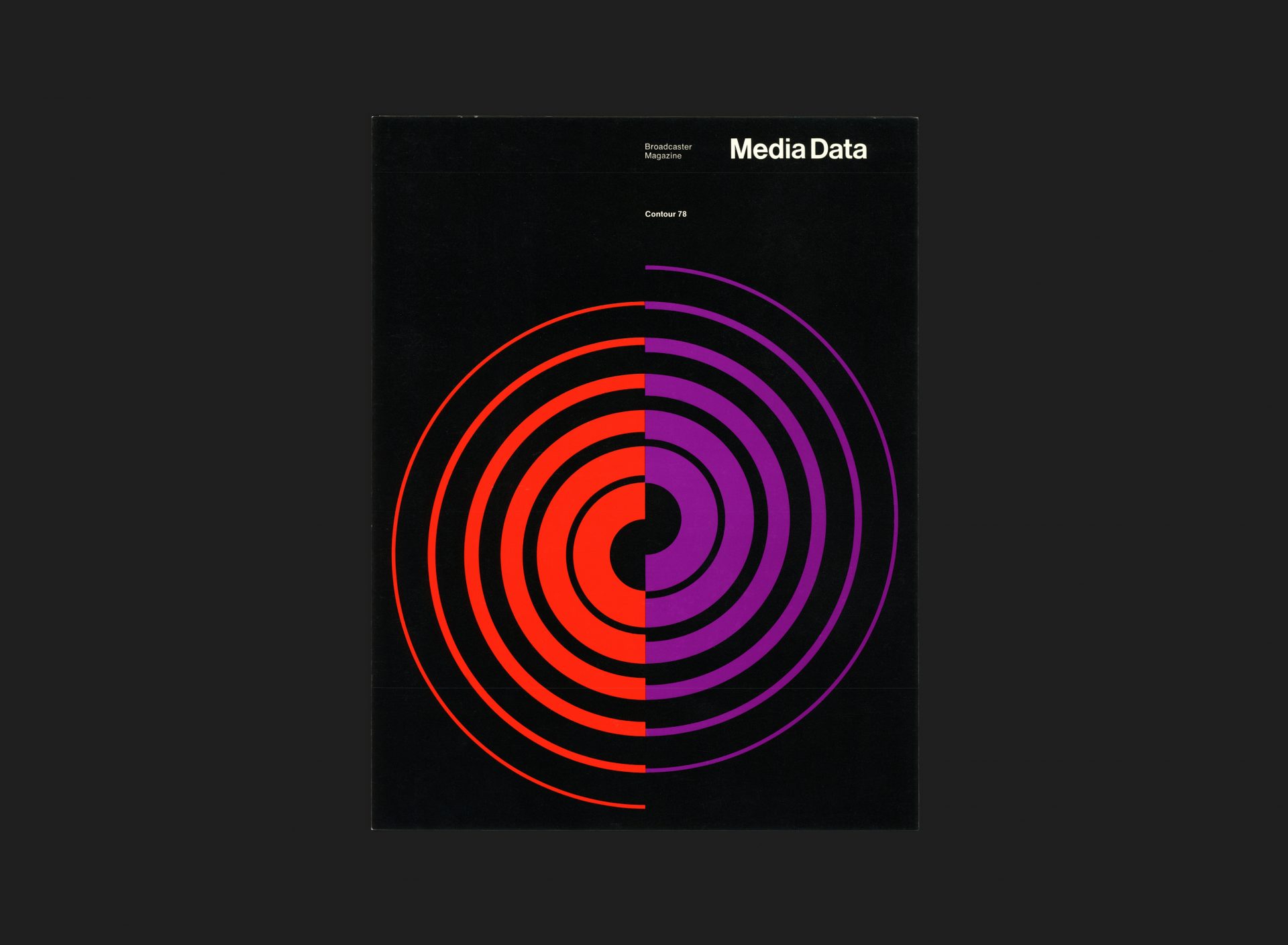 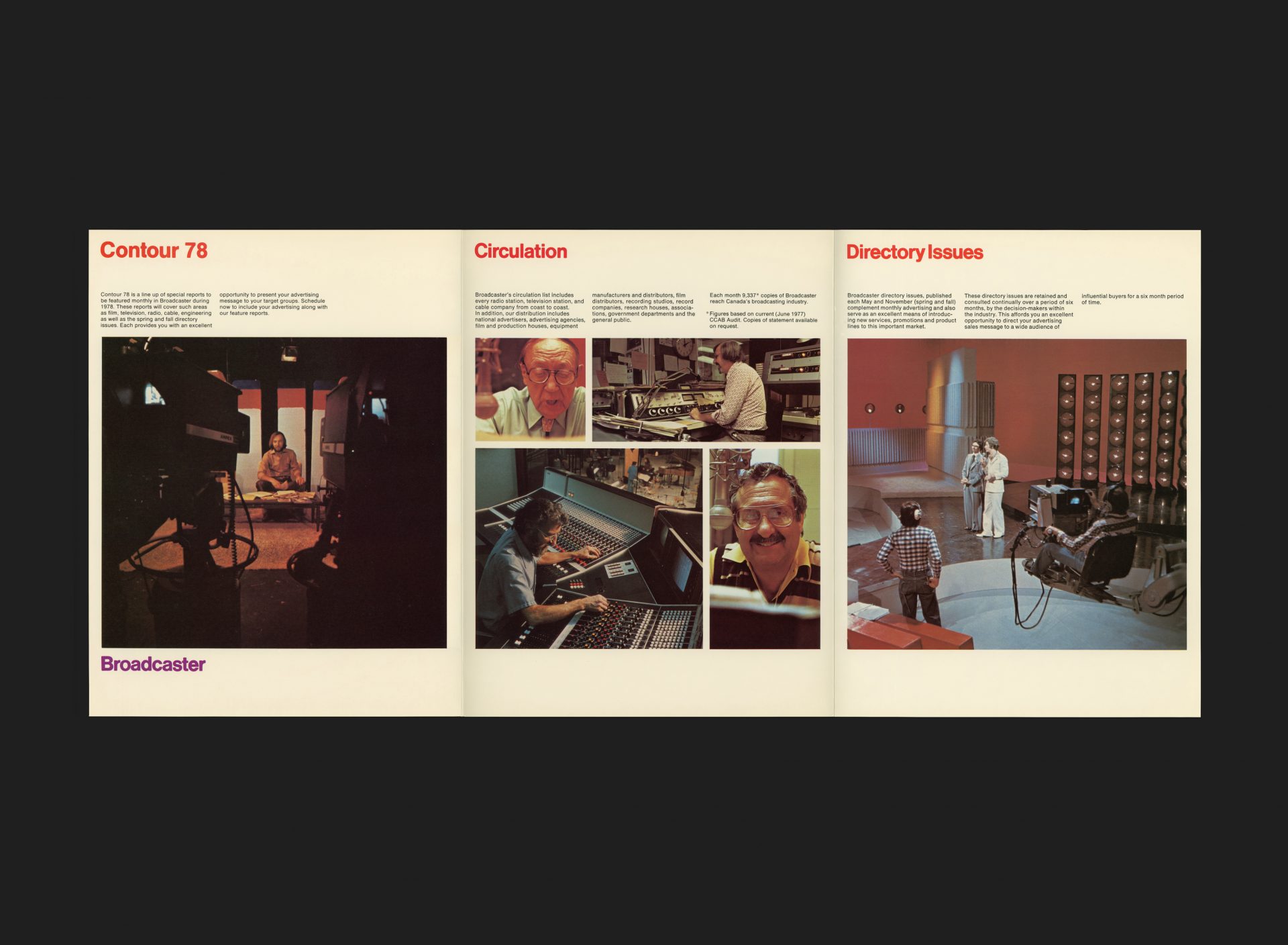 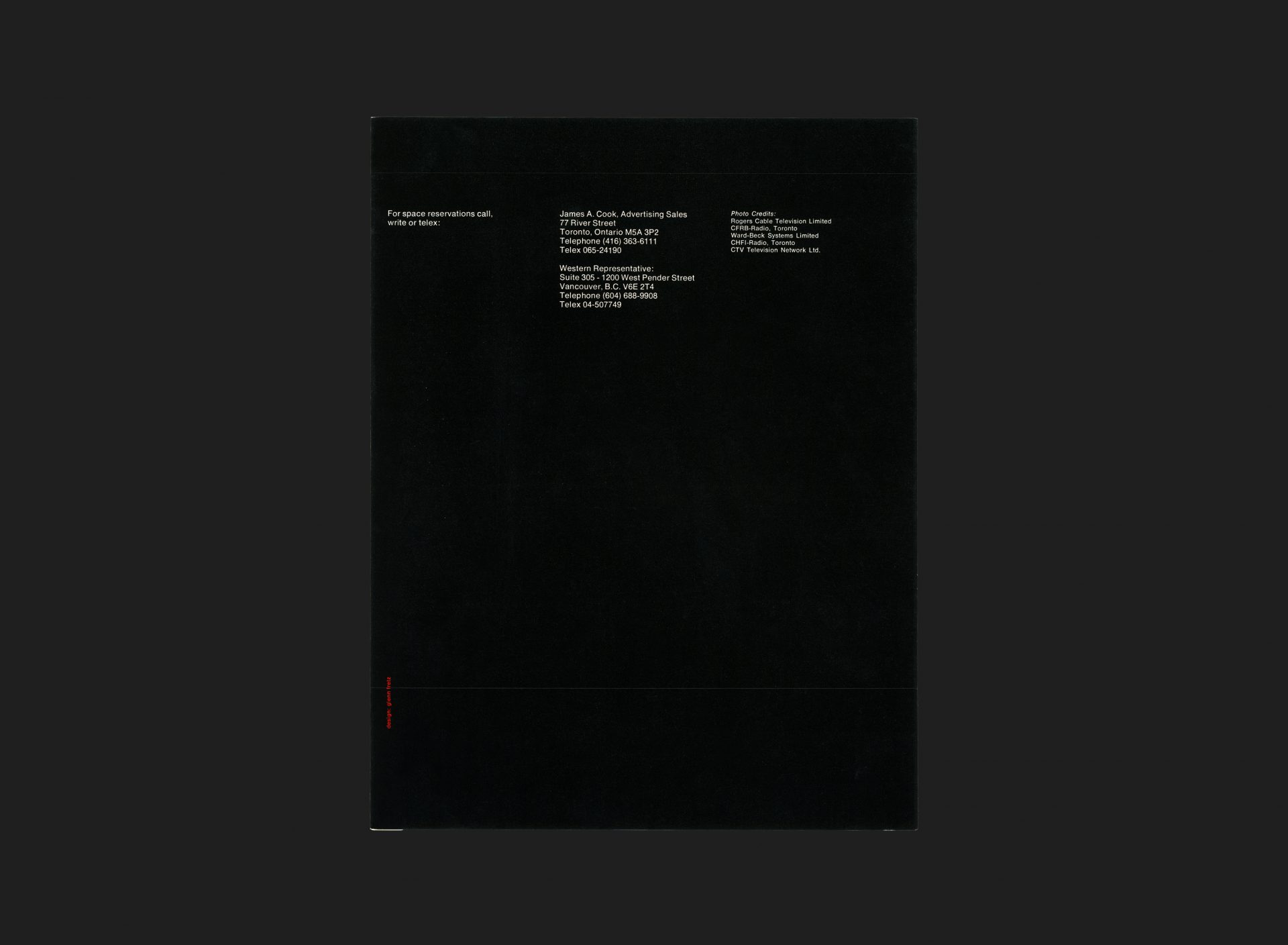 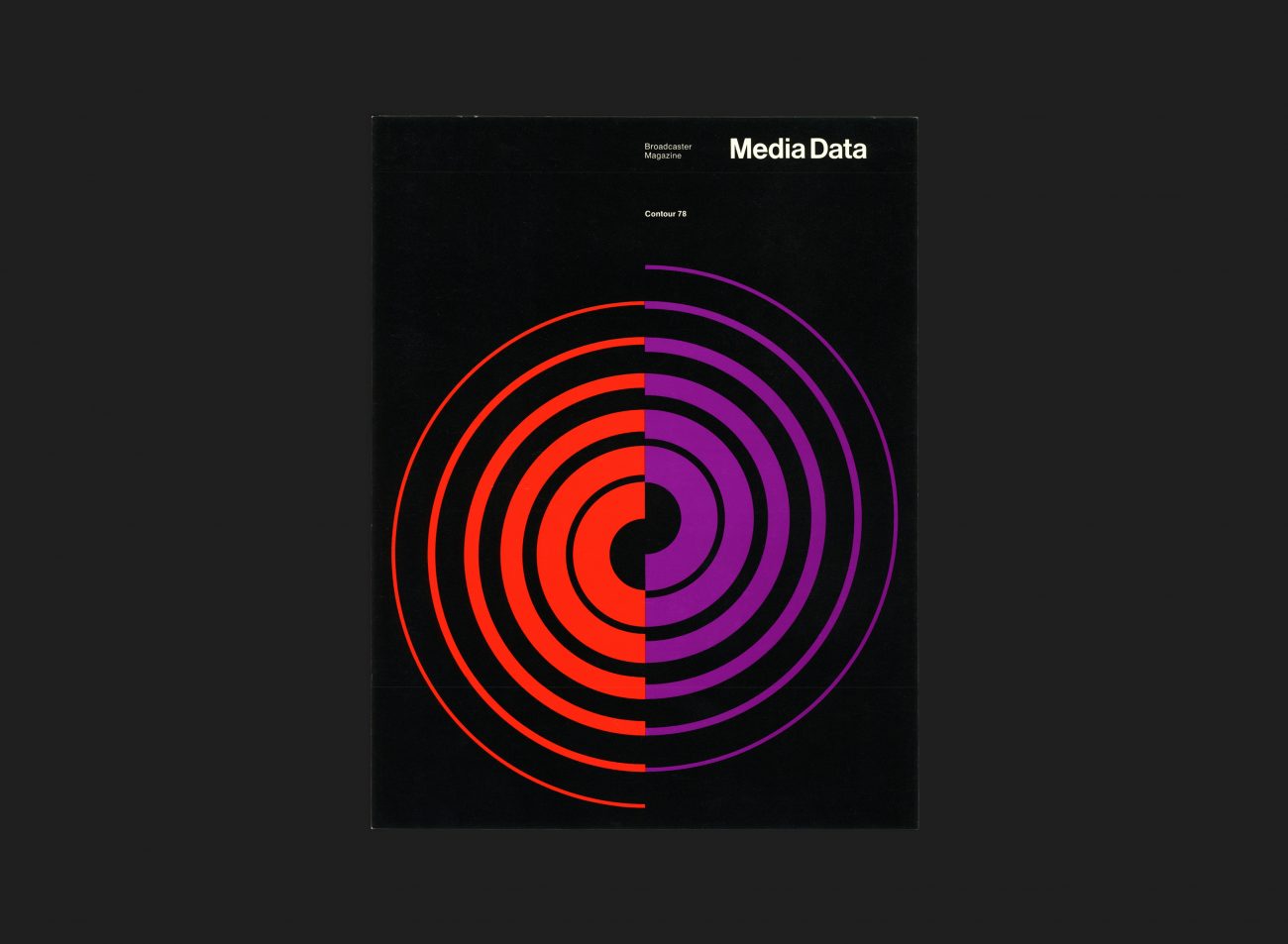 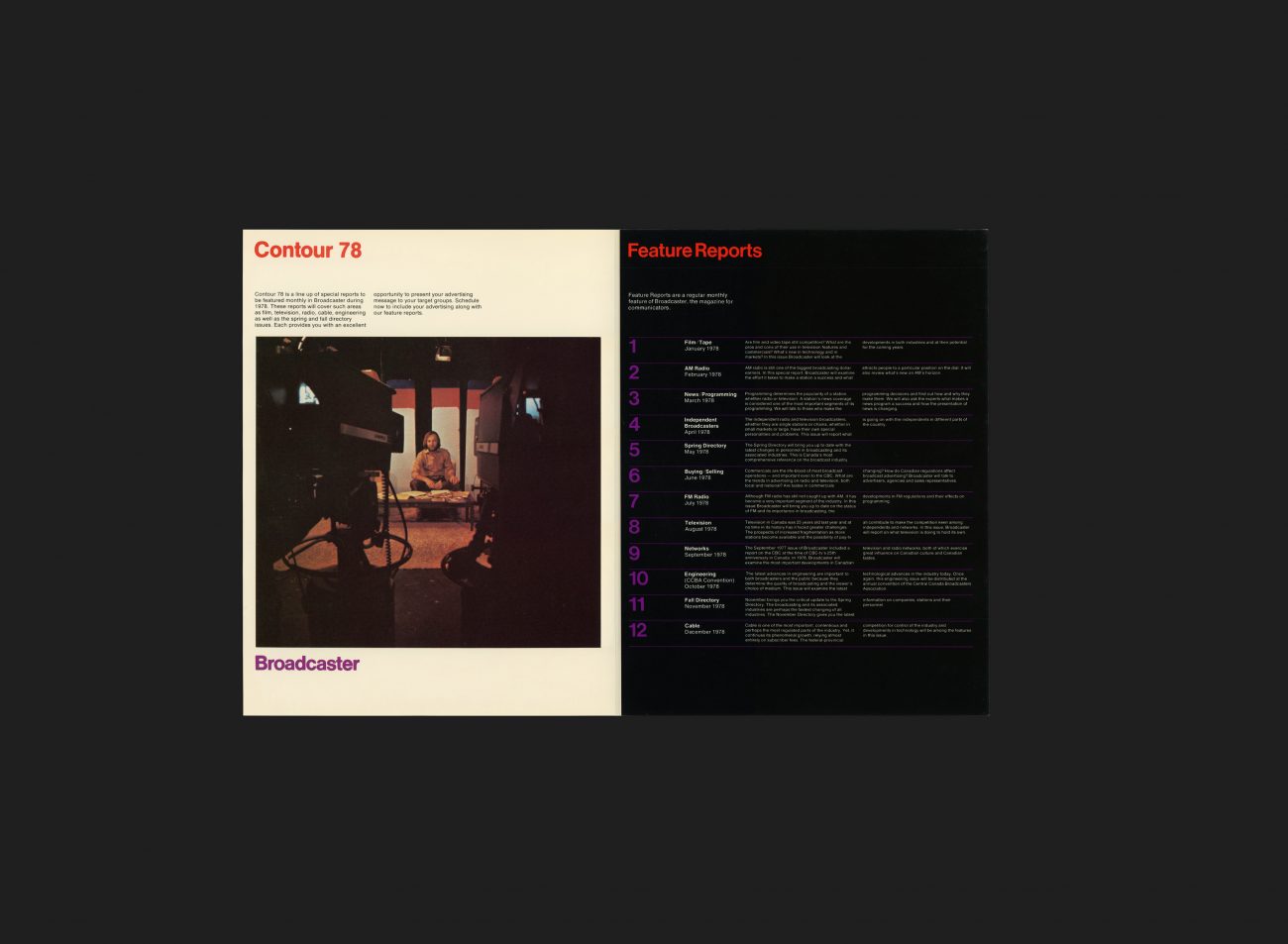 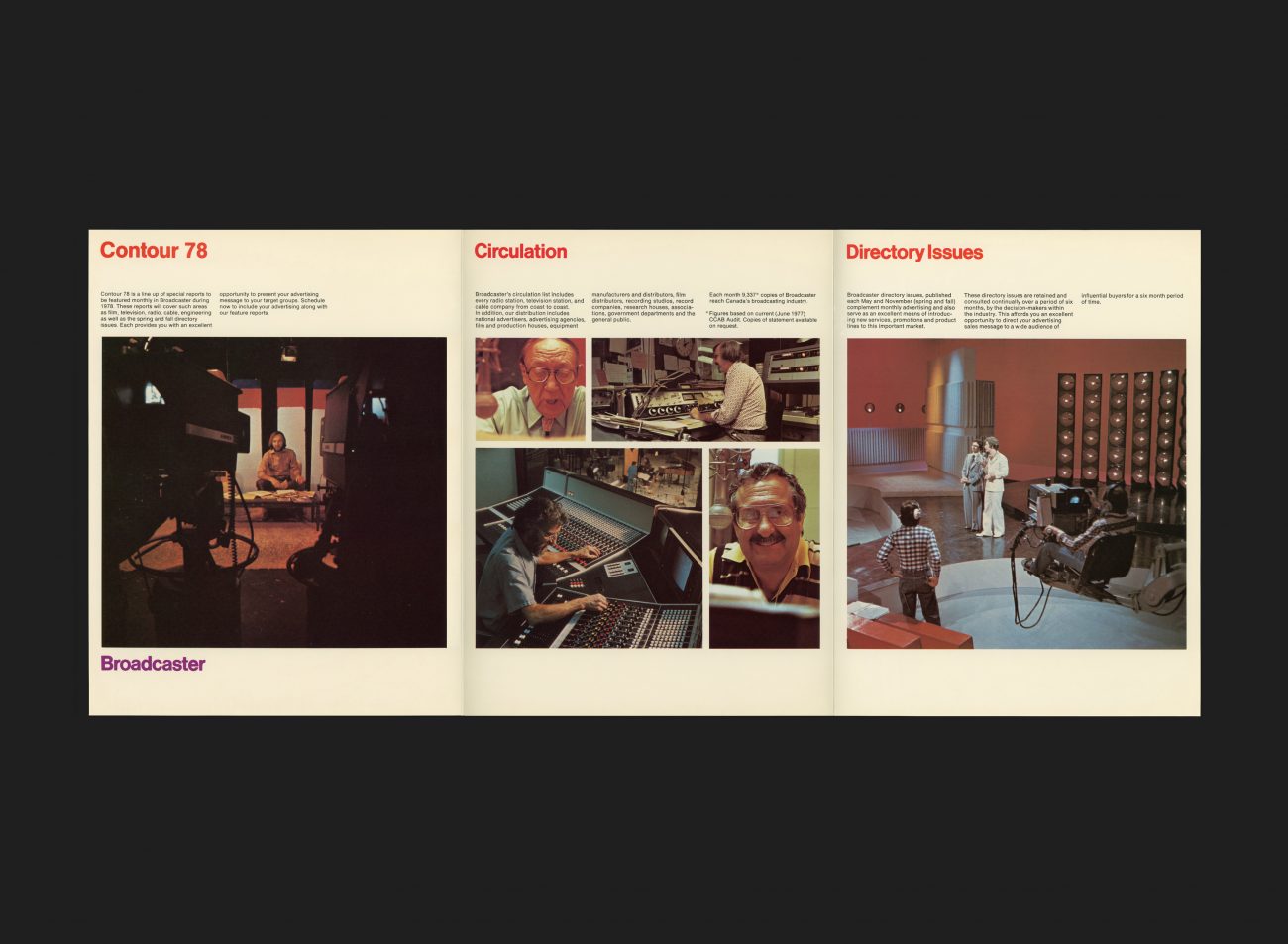 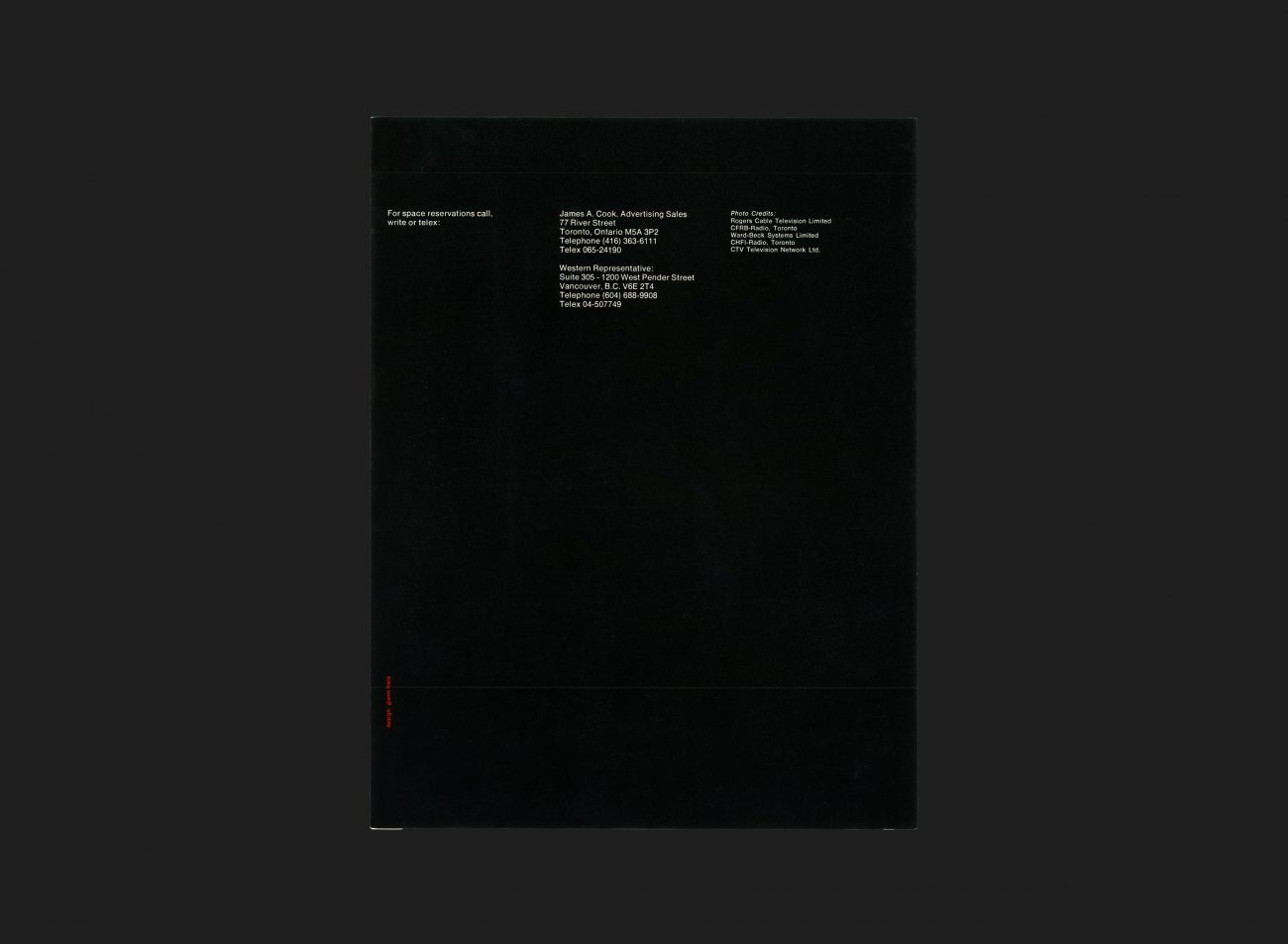 Broadcaster Magazine was first published in 1942 to serve the Canadian broadcast and related industries. It ran for a little under 75 years and ceased publication in 2016.

Contour 78 comprised a series of 12 special reports that were featured monthly in Broadcaster magazine during 1978. These reports enabled advertisers to target their specific audiences related to the topic being covered. Media Data was sent to prospective advertisers with details of all the planned reports.

The visual focus for the cover is the symbol that was designed in 1976 as part of an identity program for the magazine. It represents broadcast waves emanating outwards, while a ‘pinwheel’ dynamic is created by bisecting and offsetting the two halves to add energy and interest.