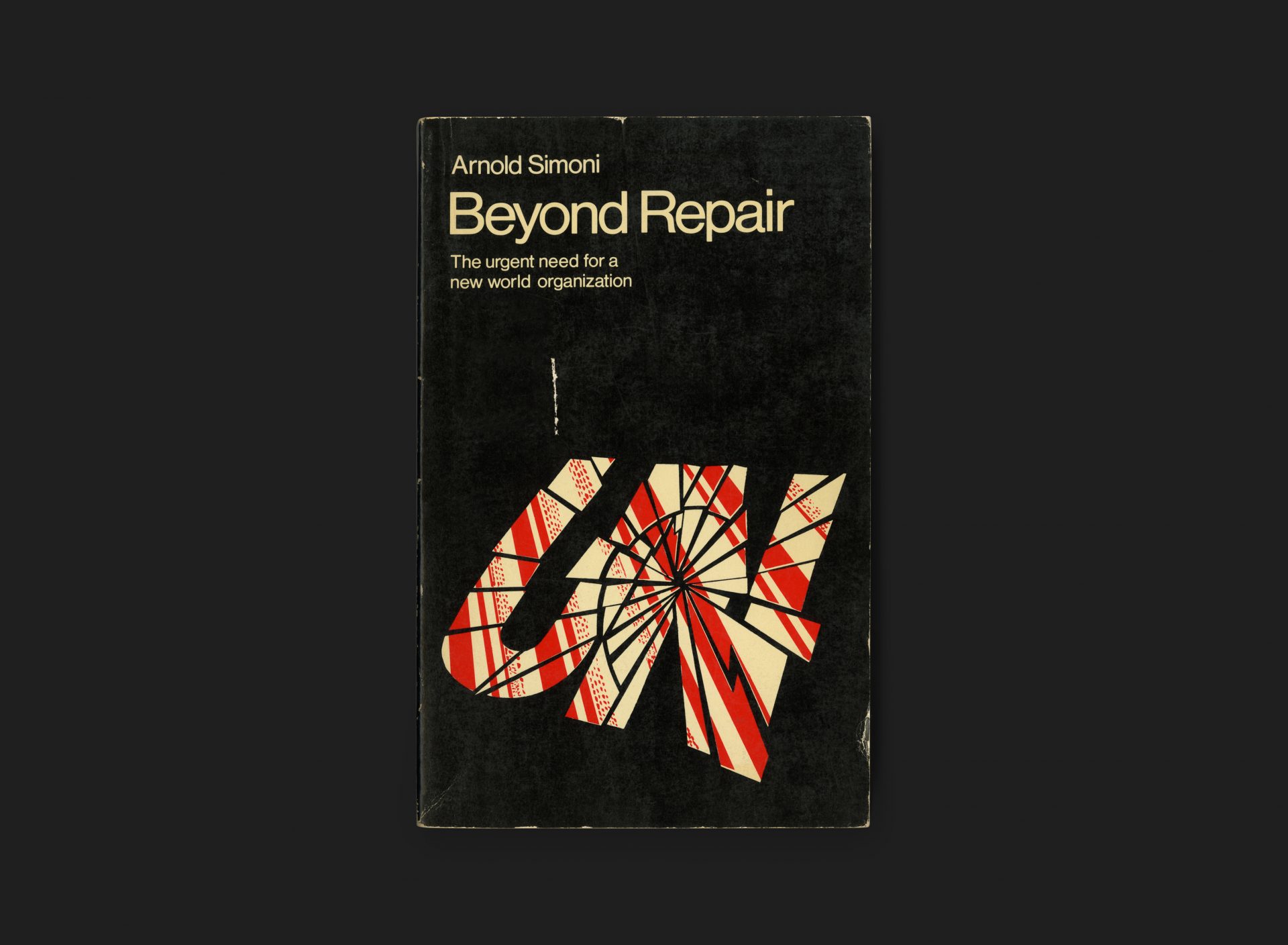 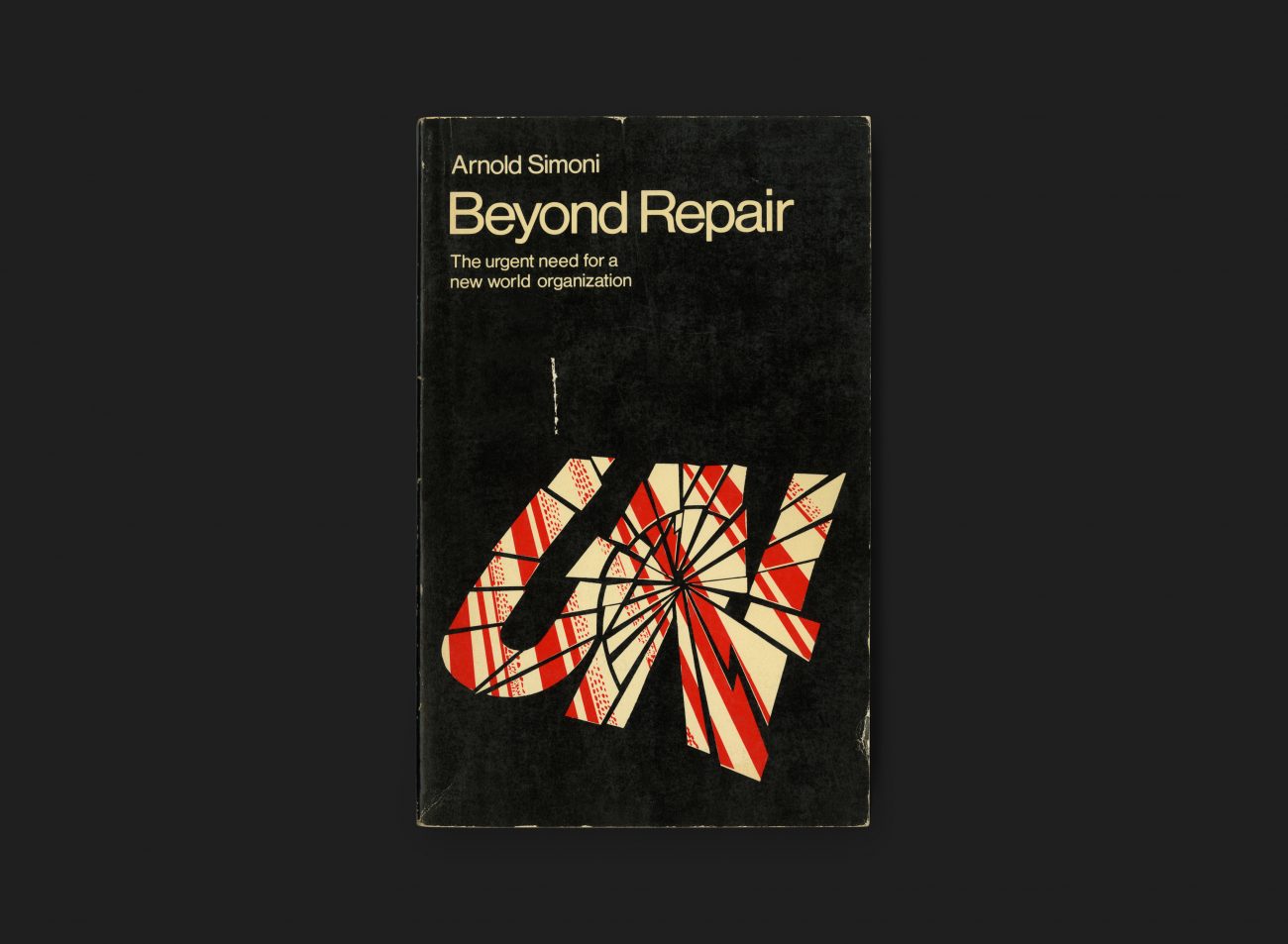 Title: Beyond Repair
The Urgent Need for a New World Organization

A book on the critical analysis of the U.N. and an argument for its reform by Austrian born Canadian, Arnold Simoni who (at the time) was Canadian executive director of the World Federalists Movement. His overarching philosophy that in government, smaller is more beautiful and when governments become too big they deny the very democracy they preach. Simoni outlines practical, reasonable steps that anybody, confronted by a system that has broken down, might advance whilst never once forgetting the the human needs that must be met.

Design of this publication carries Carl Brett’s signature compositional style of the time. The cover, printed in black and red ink, is typeset in Helvetica and accompanied by a typographic illustration in the bottom half of the page. The letters UN, fragmented and shattered, act like that of a broken mirror. The text pages are completely set in Time New Roman.