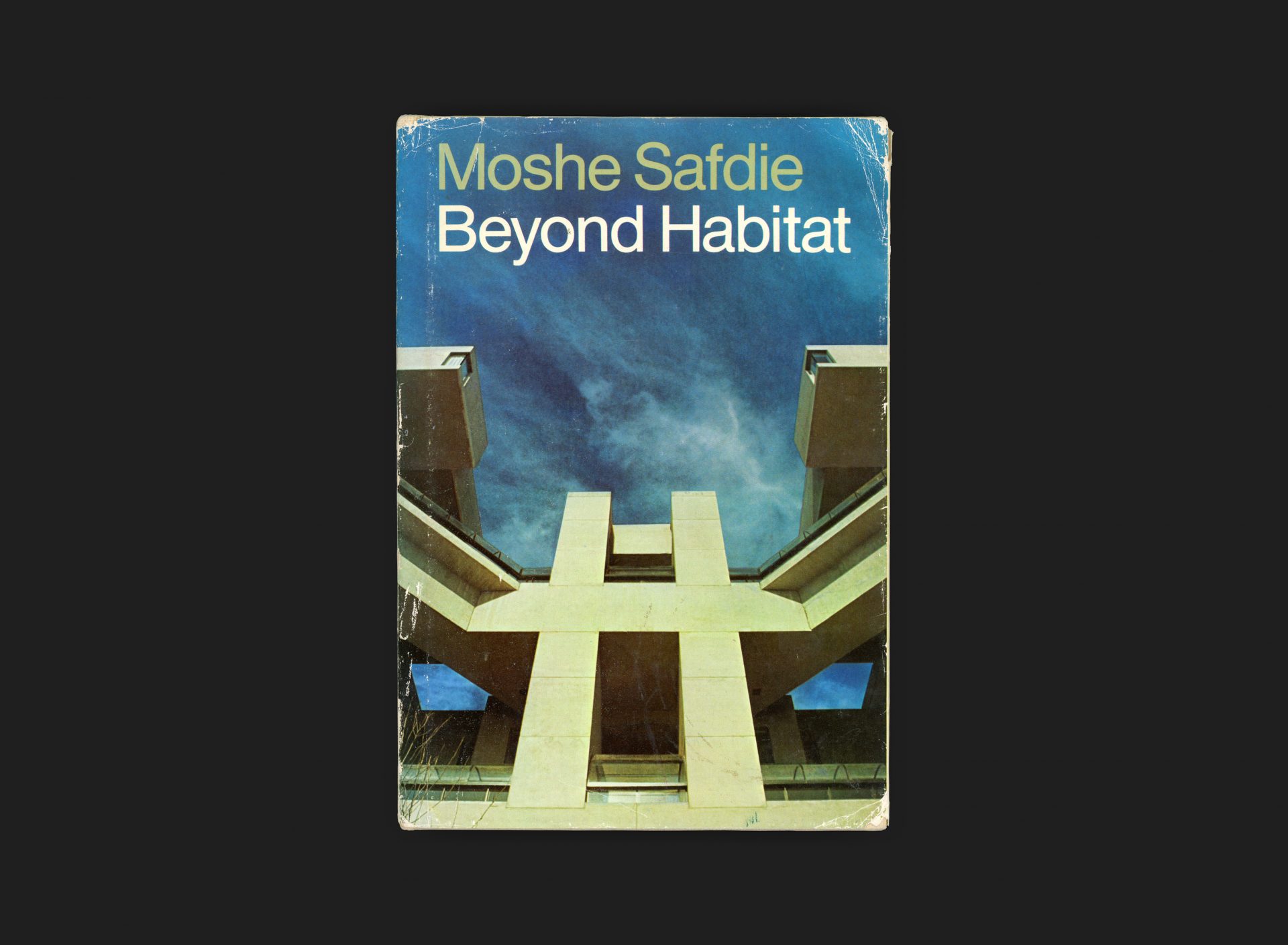 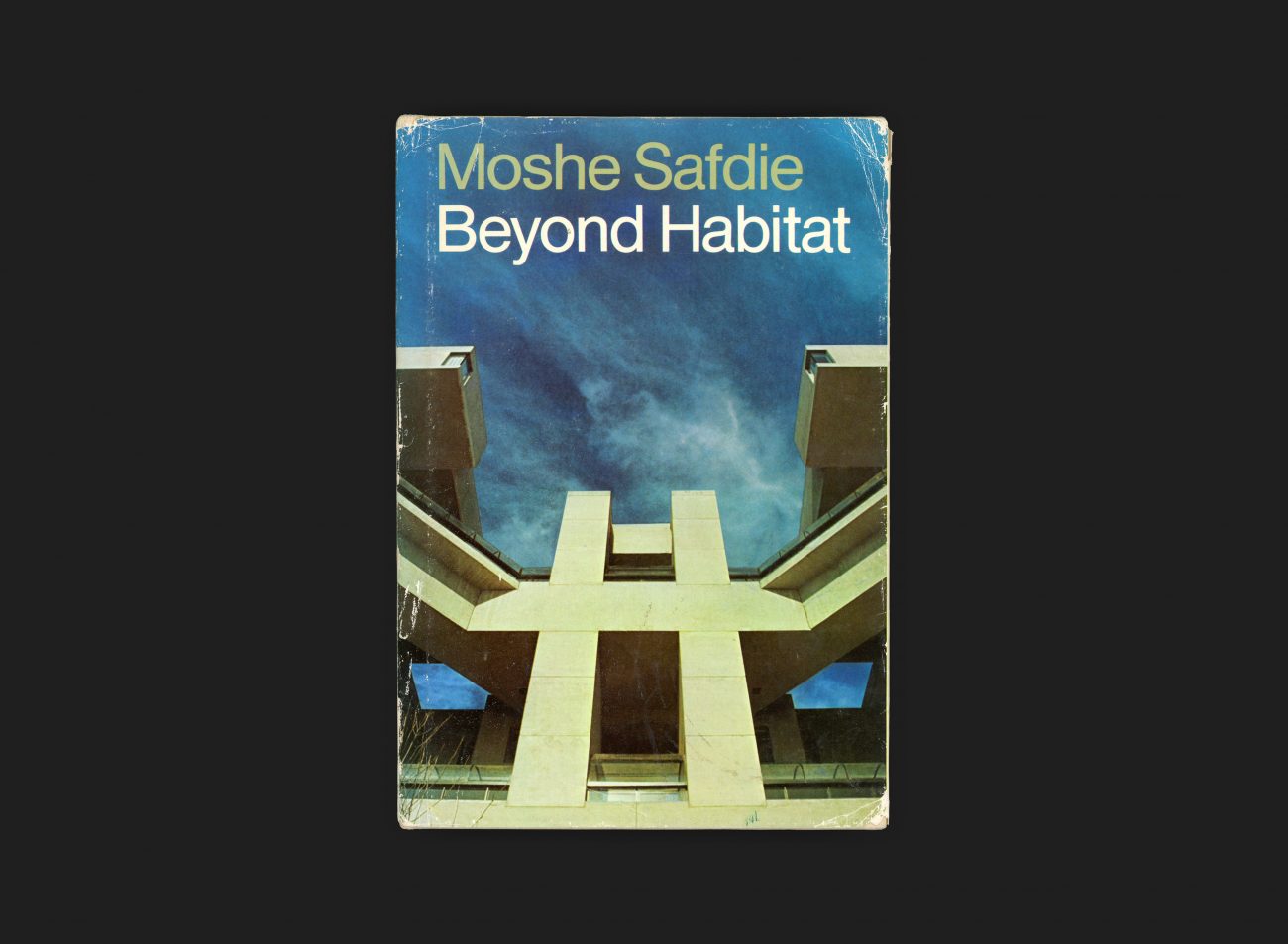 Critics called Habitat, Moshe Safdie’s remarkable housing project in Montréal, “the breakthrough of twentieth century architecture”. This book is a frank and personal statement by Safdie, almost a private diary and photo album. He talks of how his ideas developed and how he fought them into realization. It is Safdie’s side of a conversation that he had with the book’s editor John Kettle in 1961. As the title suggests it talks about the legacy of Habitat, and how that project informed and inspired his later work.

For the jacket design Harder uses a perfectly symmetrical image by Jerry Spearman which, despite showing only a small fragment of the buildings, reveals much about the development’s character and design ethos. It also evokes some synergy with the Expo 67 symbol.