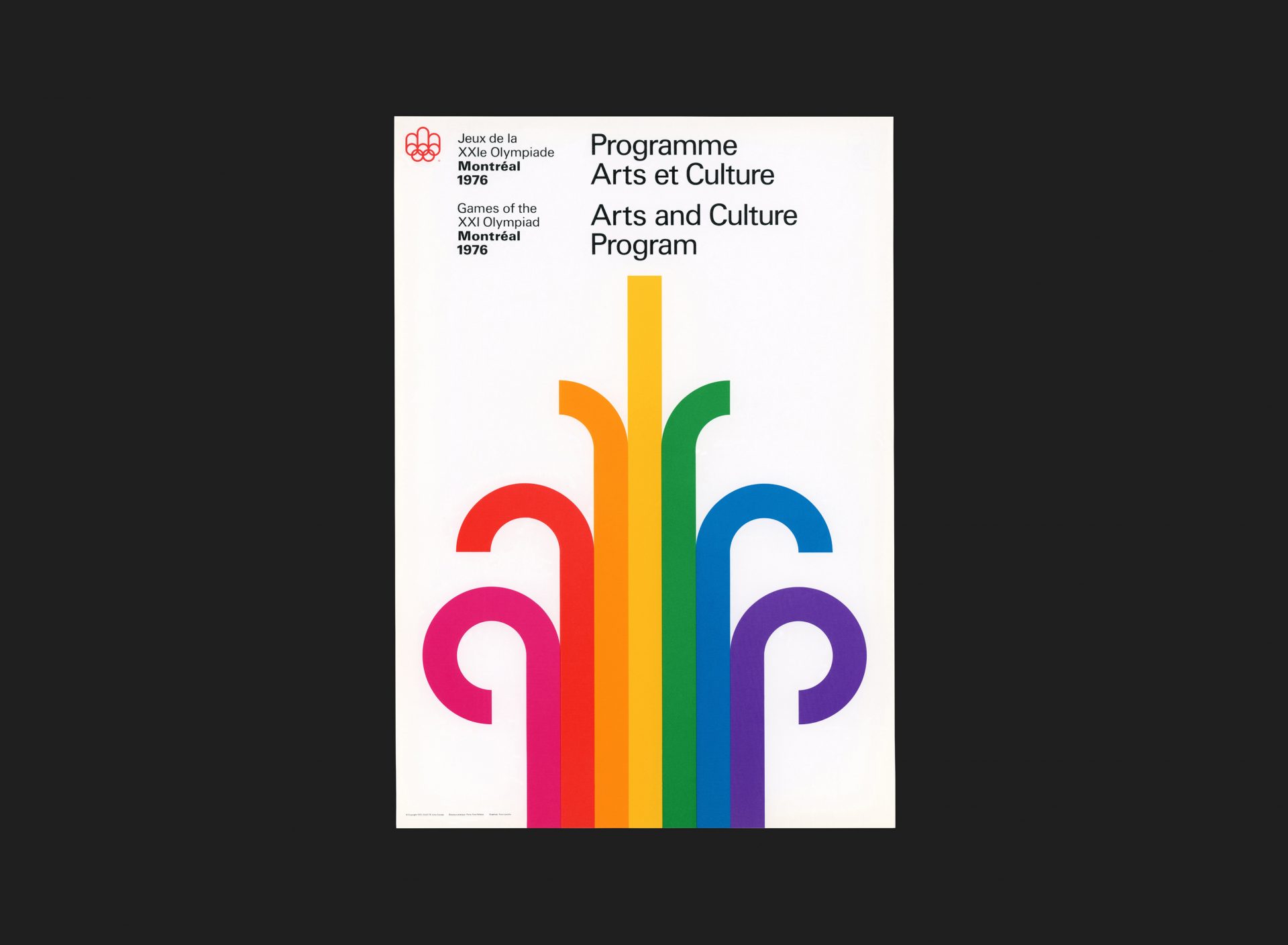 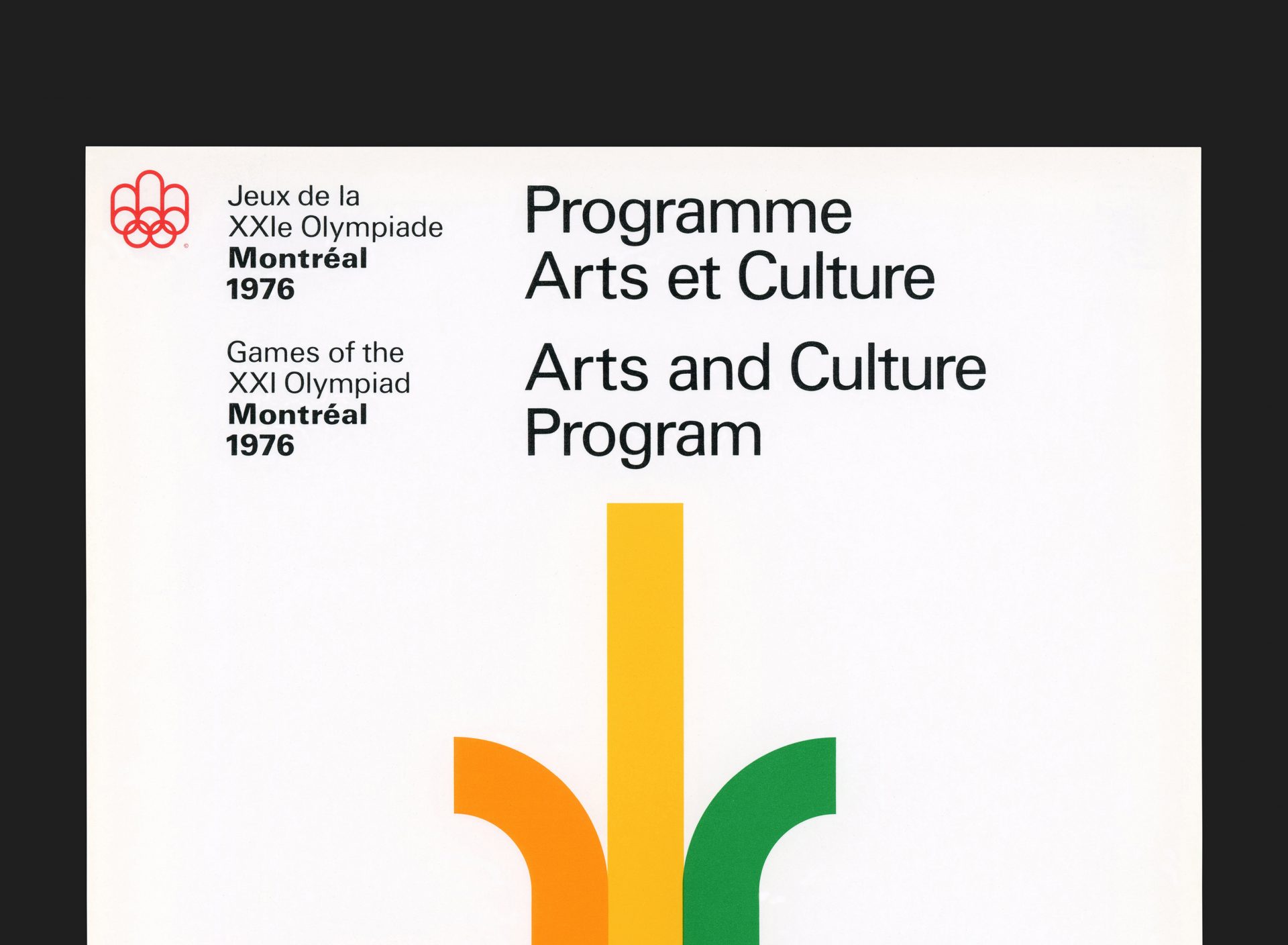 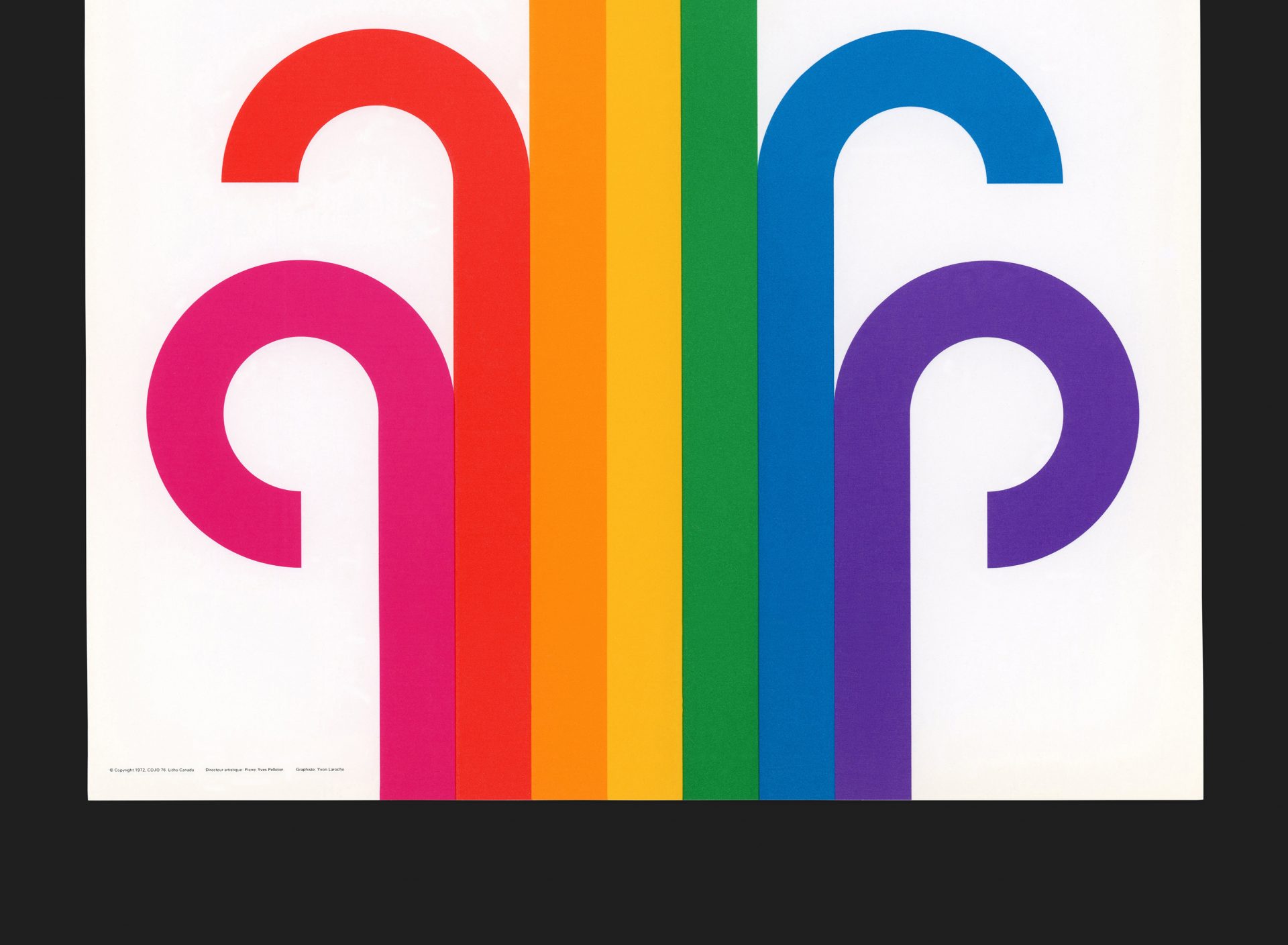 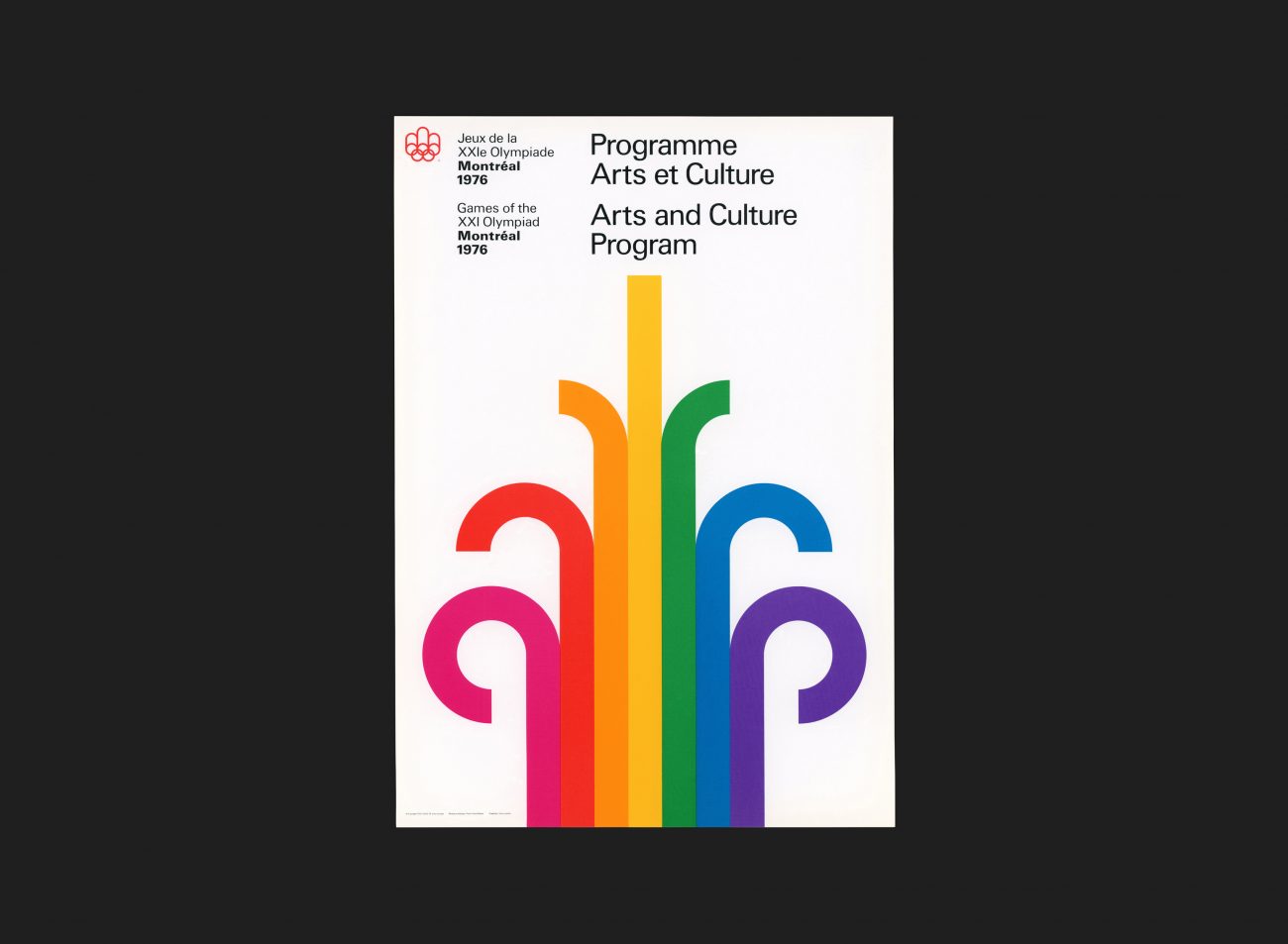 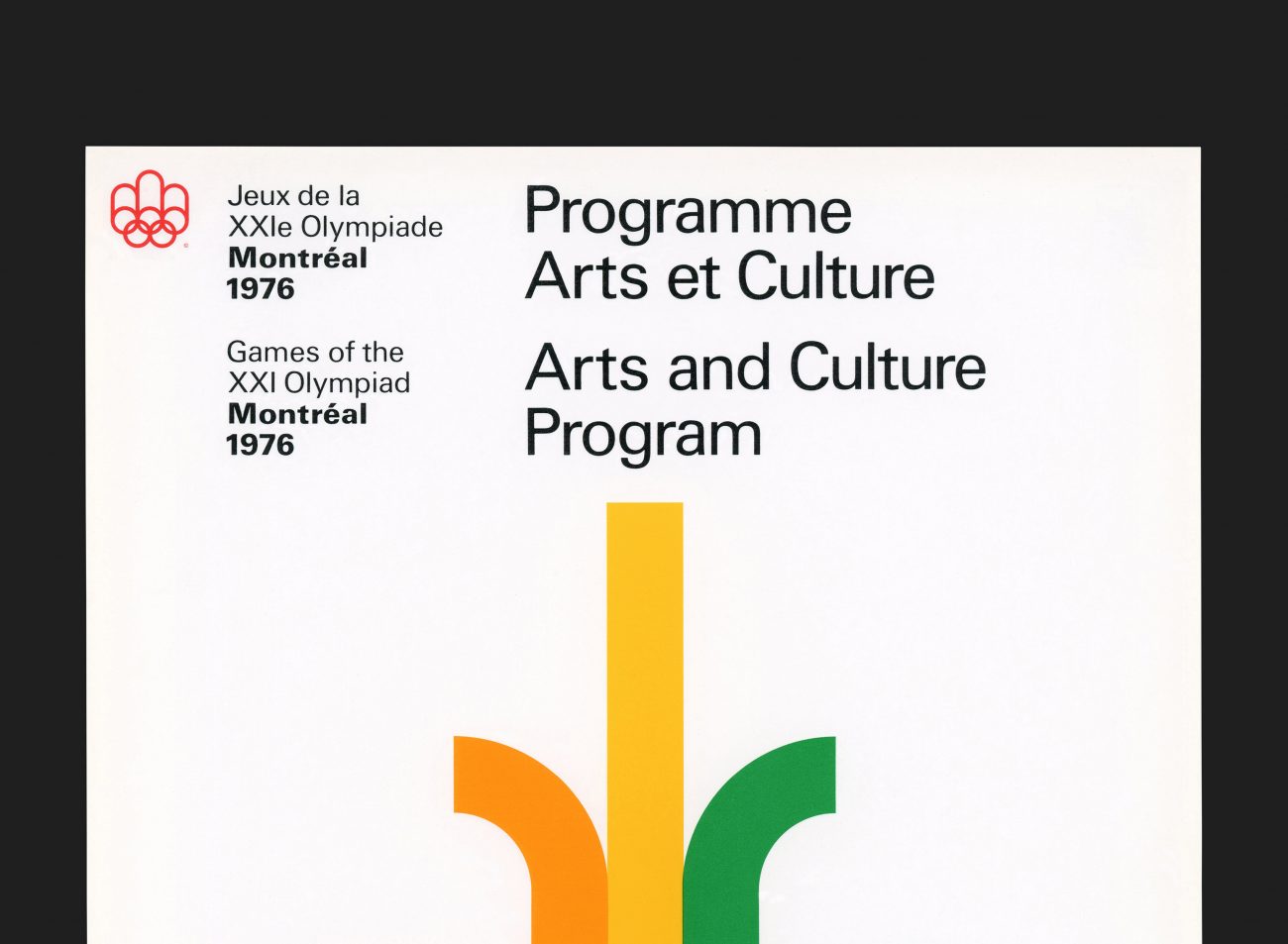 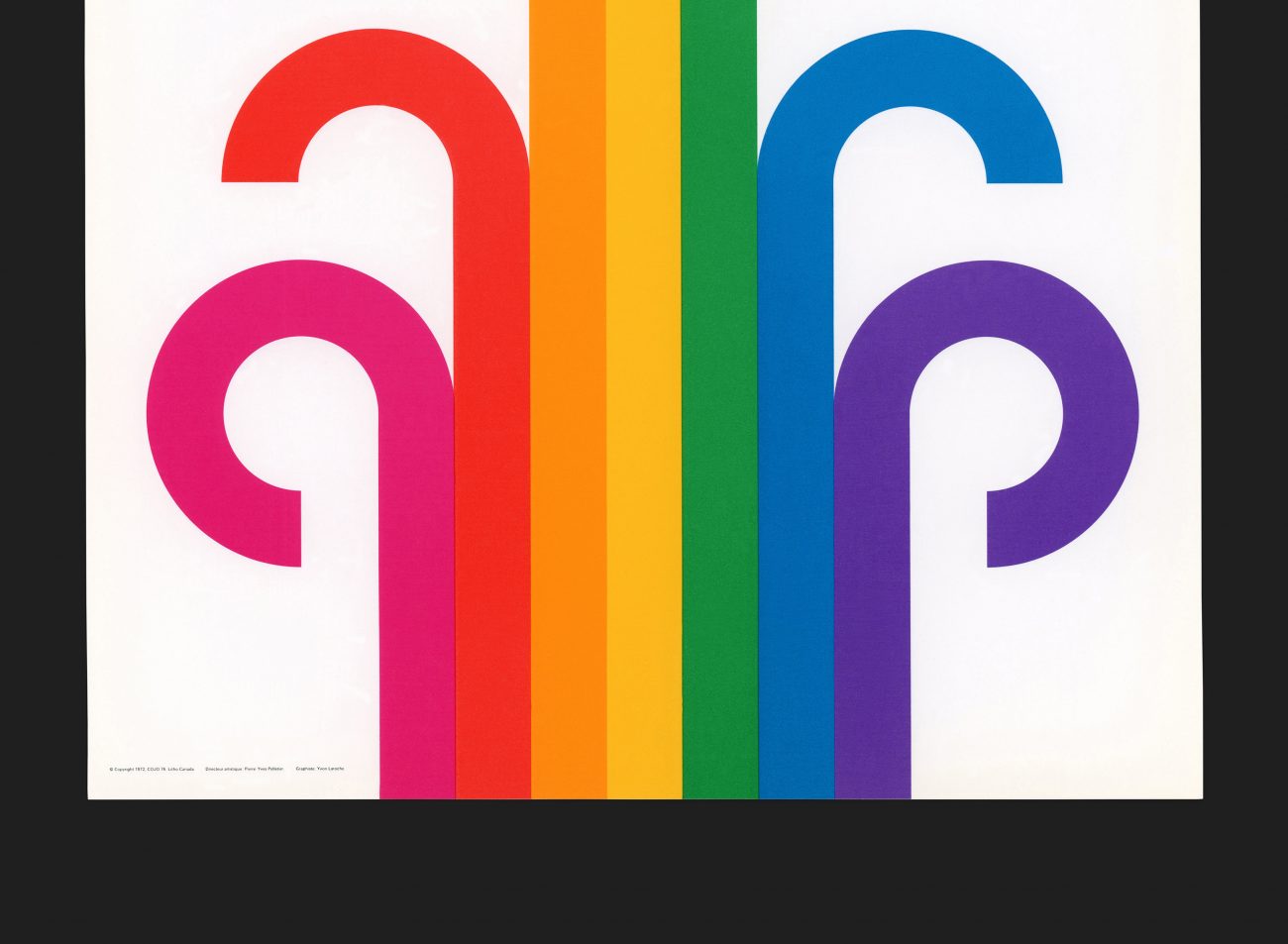 Client: The Organizing Committee for the
Games of the XXI Olympiad, Montréal 1976 (COJO)

The Arts and Culture program was organized by the Montréal 1976 Olympics Organizing Committee (COJO). Its goal was to create a Canadian festival that athletes and workers would partici­pate in as well as the visitors to the Games. Through this approach they hoped to fully integrate it into the Games, rather than it existing as a parallel attraction to the sporting program.

The program adopted a ‘stylized sheaf of wheat exploding in a riot of colours’ motif (designed by Raymond Bellemare and Pierre-Yves Pelletier) to represent the festival, and was used across marketing materials and communications, in conjunction with the rainbow bands from the official COJO colour palette. Purple represented folk dancing; red, theatre; orange, opera and operetta; yellow, music; green, representational arts; blue, entertainment; and lavender, ballet and modern dancing. While the sport-related communications use these bands in straight formation, or sometimes in diagonal chevron patterns, the Arts and Culture strand adopted a more expressive interpretation, whilst still retaining a connection to the fuller identity approach.

This poster was produced, together with a number of other official designs in advance of the games to raise awareness and build a sense of anticipation at home and abroad.