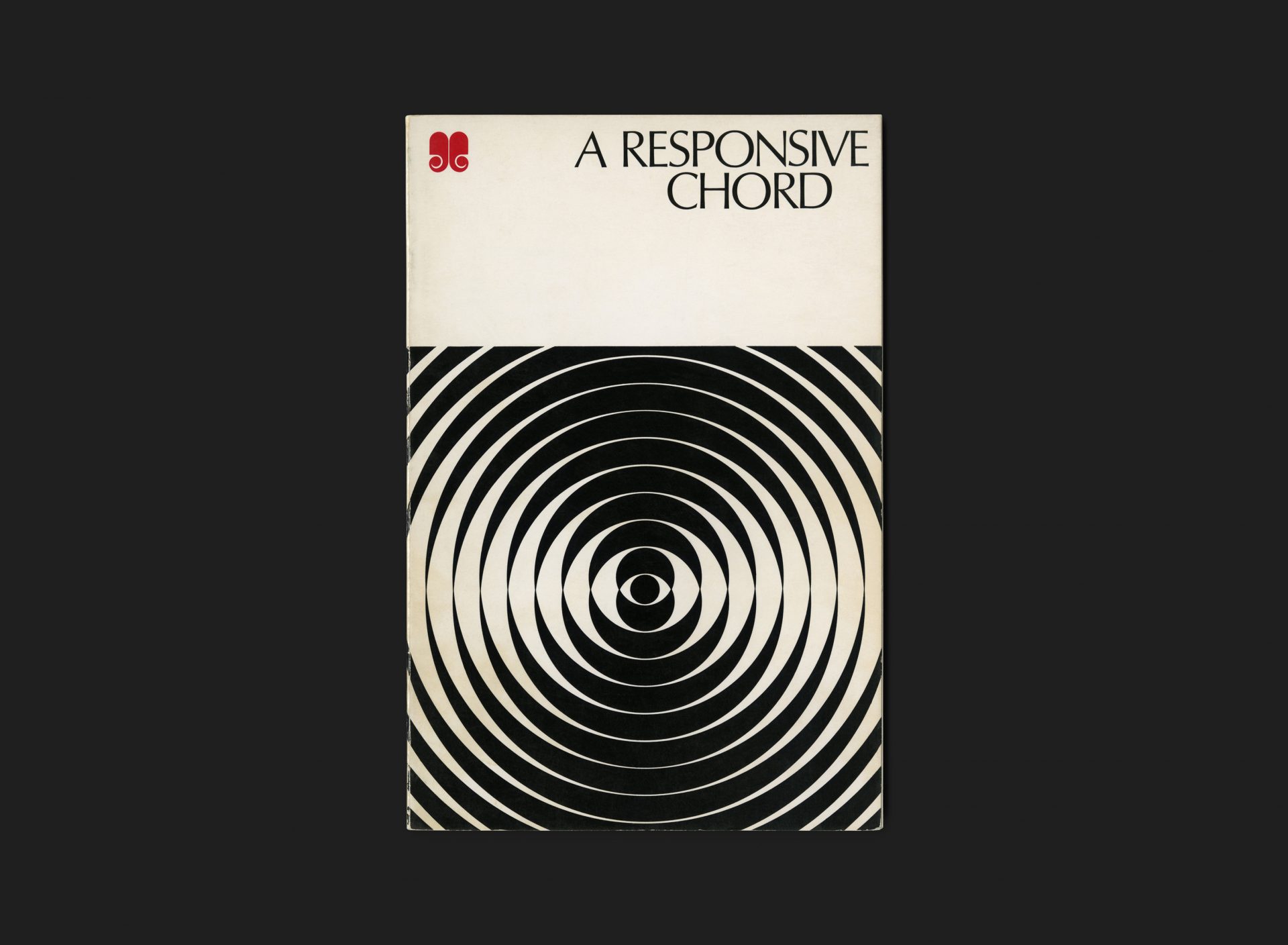 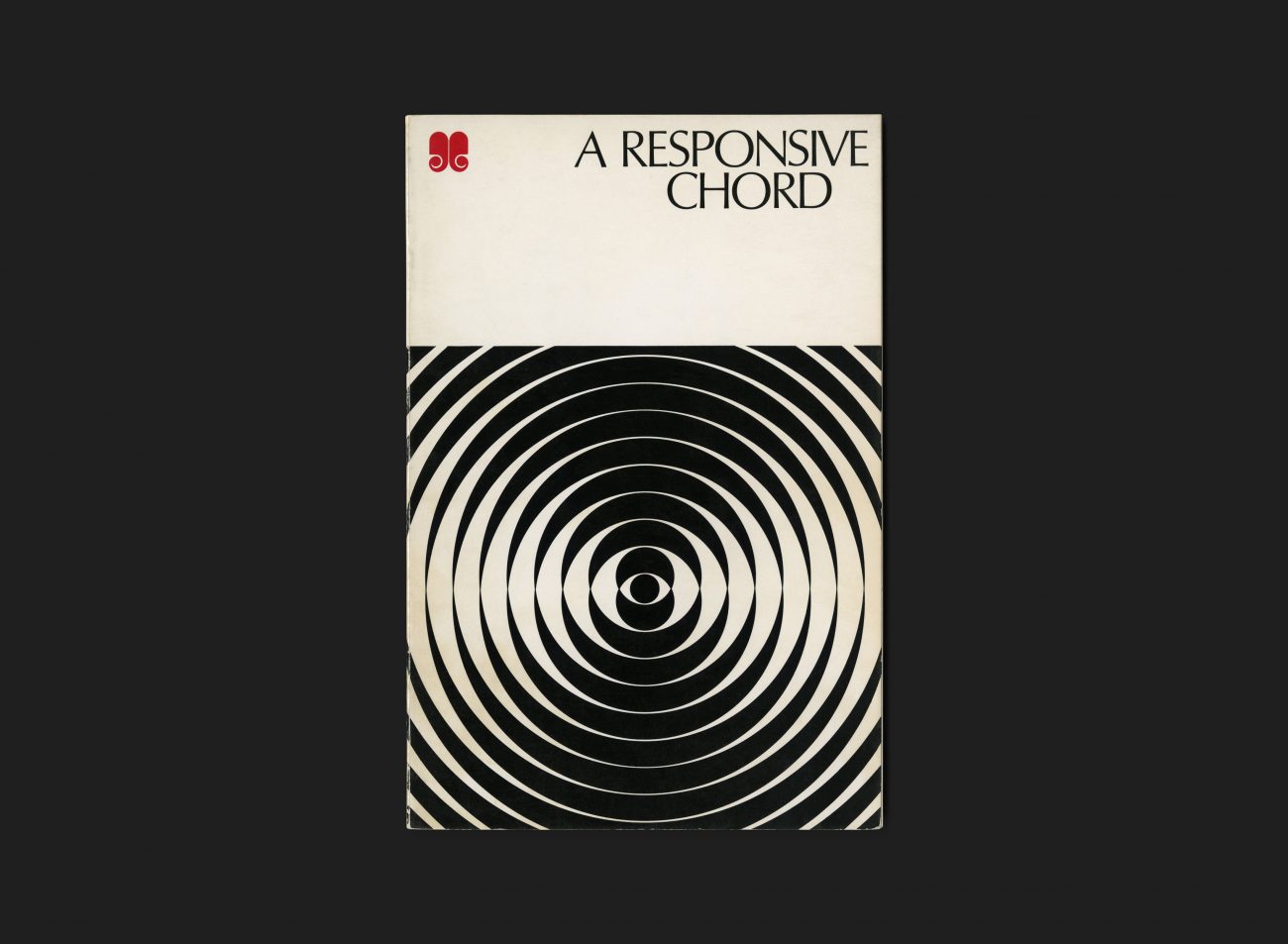 The Toronto Mendelssohn Choir is one of Canada’s oldest, largest and best-known choral ensembles. Founded in 1894 by Augustus Vogt, the Choir presented its first concert in Massey Hall, as part of the hall’s inaugural season, on January 15, 1895.

This short book, by Maude McLean, provides a history of the choir’s first 75 years. This includes their longstanding connection with ‘O Canada’, that they performed regularly as far back as 1907, long before it became Canada’s official national anthem. The contents are arranged around each of the Choir’s conductors, detailing members and administrators, plus lists of guest conductors and soloists, repertoire, and recordings.

Interestingly, the cover makes no mention of the choir or the subjects being discussed in the book. Instead, a simple repeating series of forms combine the aural (the letter ‘O’ reflects a singing mouth) with the visual aspects (a human eye) of choral performance to create an amplifying image. This illustrates the joining together of voices as part of an ensemble, and also conveys the growth and development of the choir itself over the years.