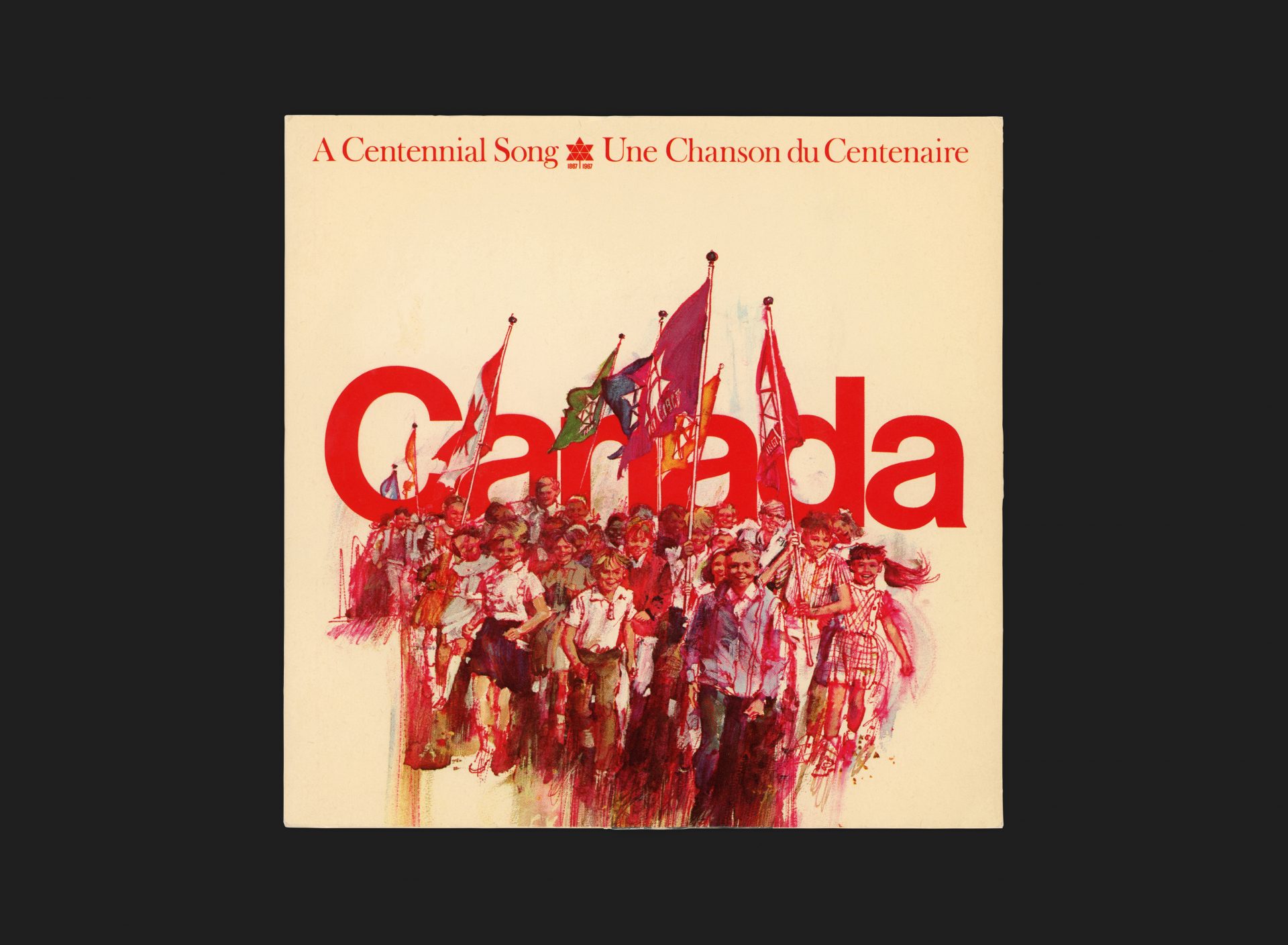 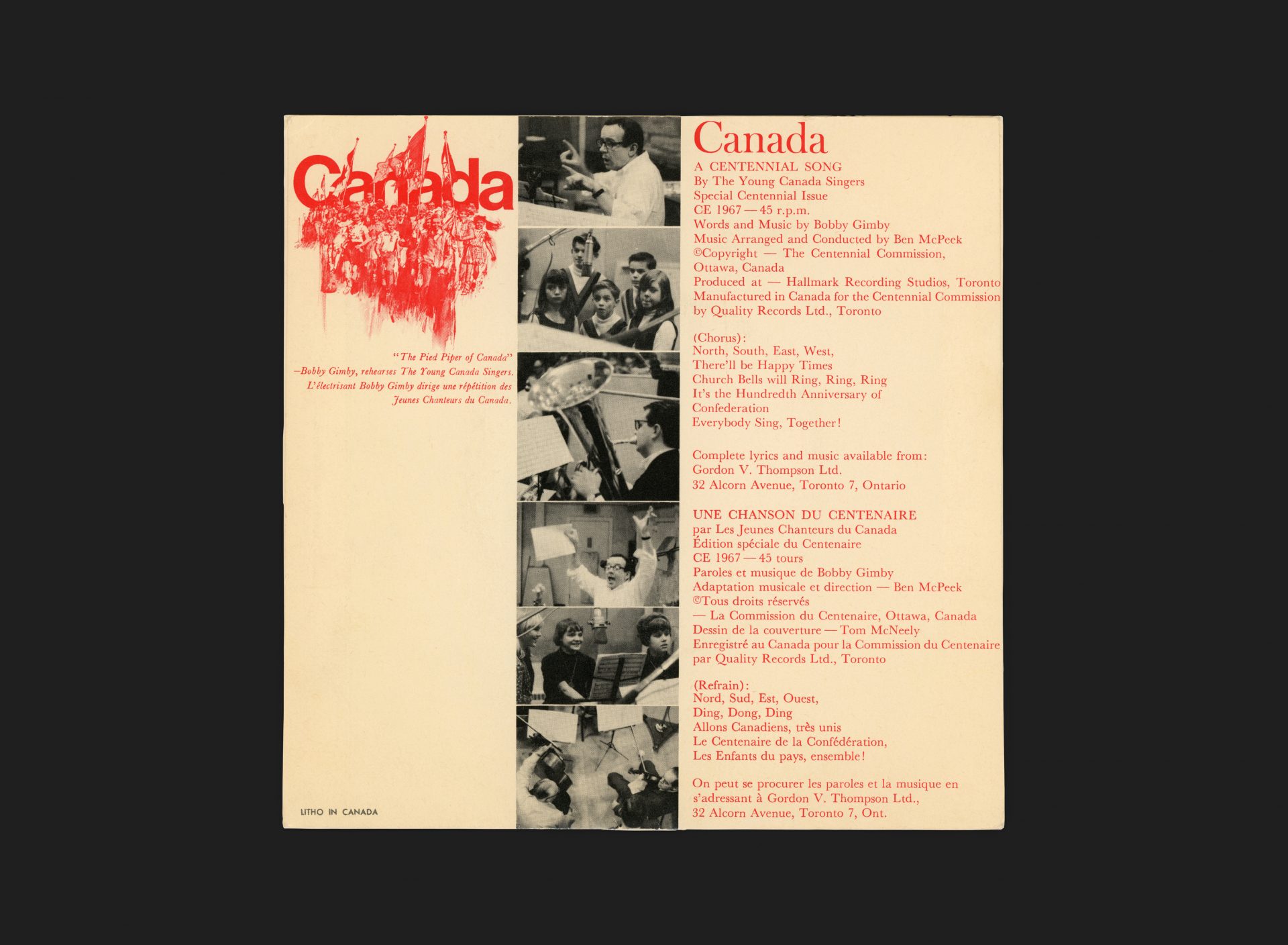 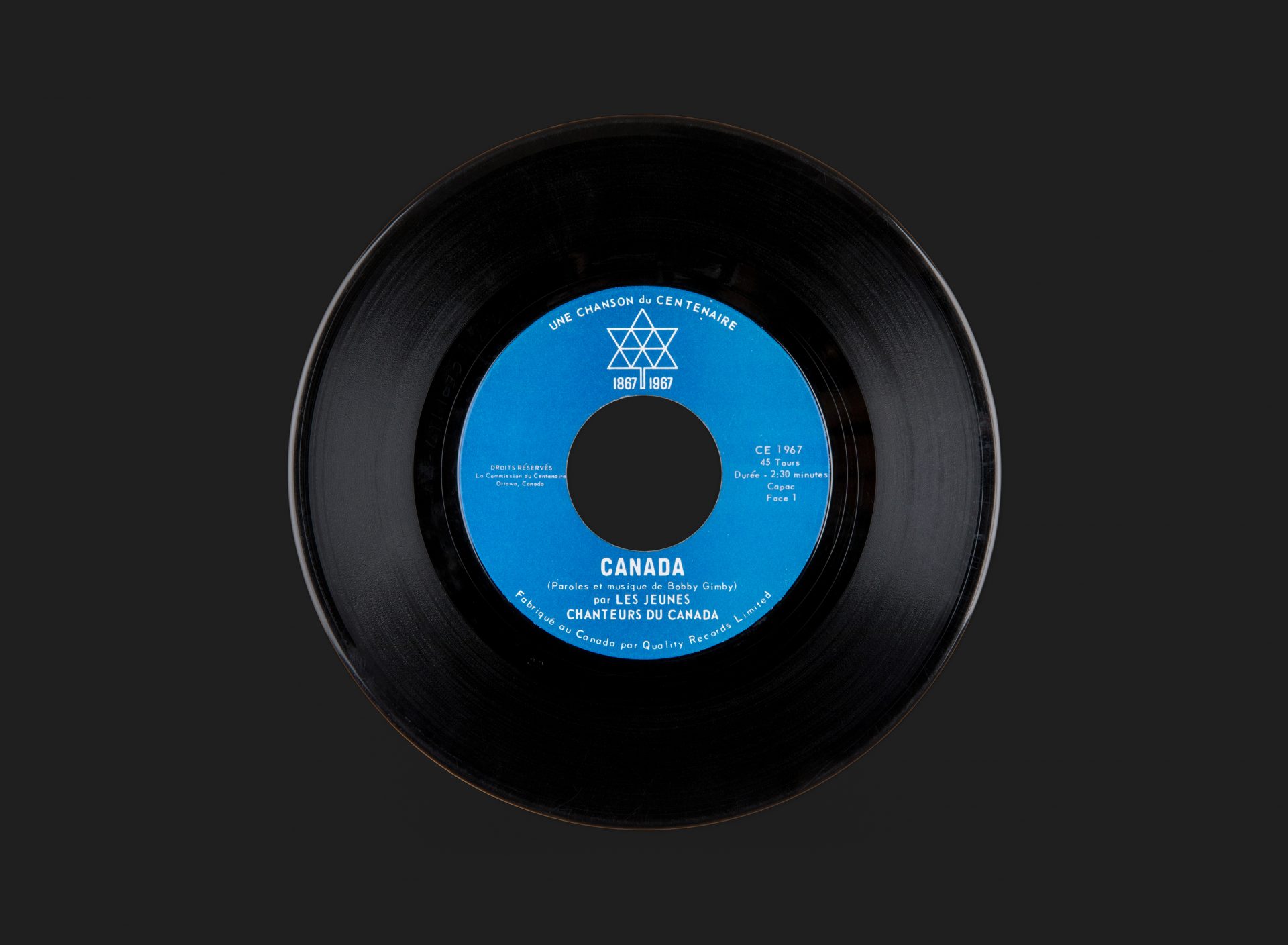 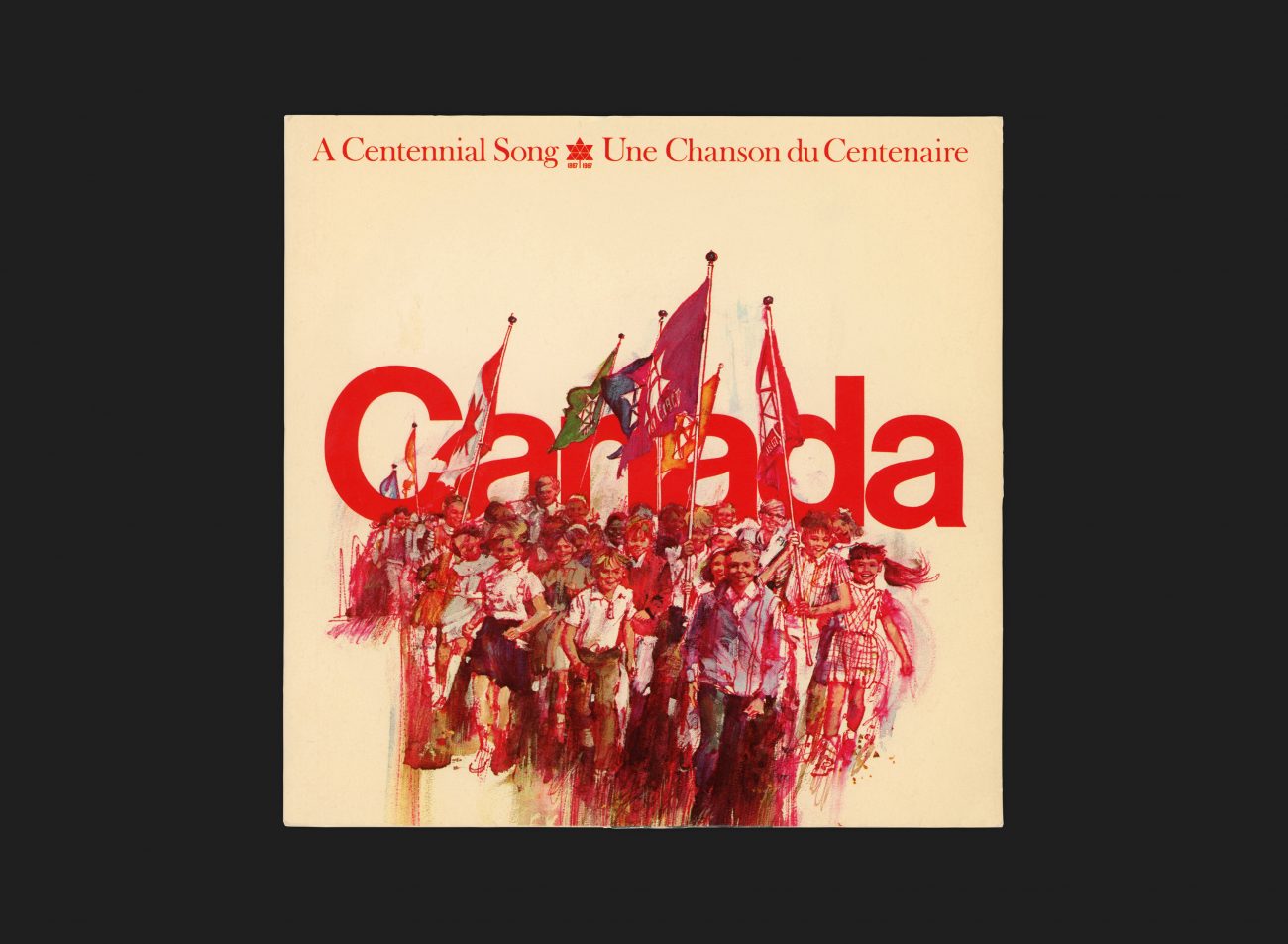 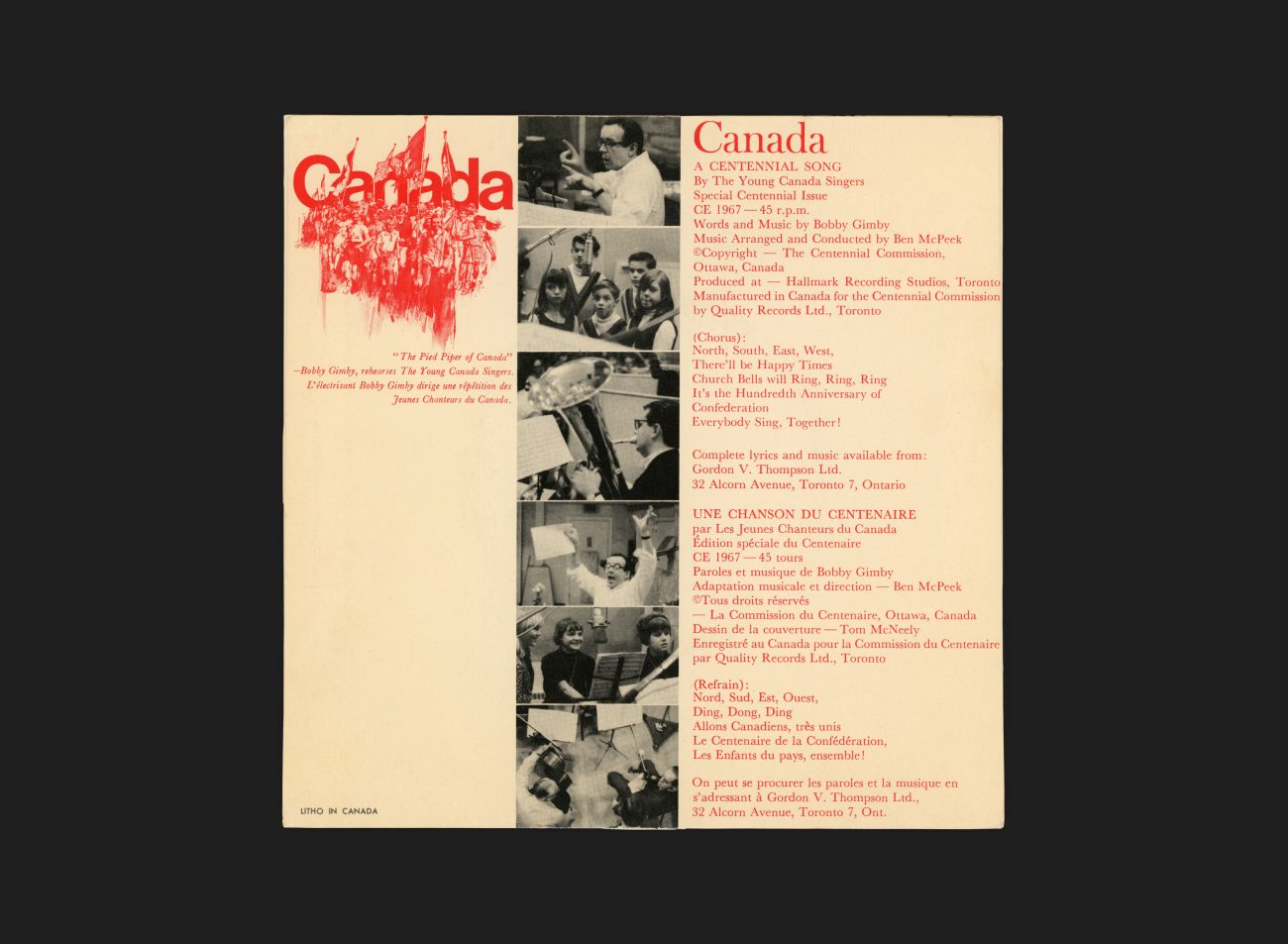 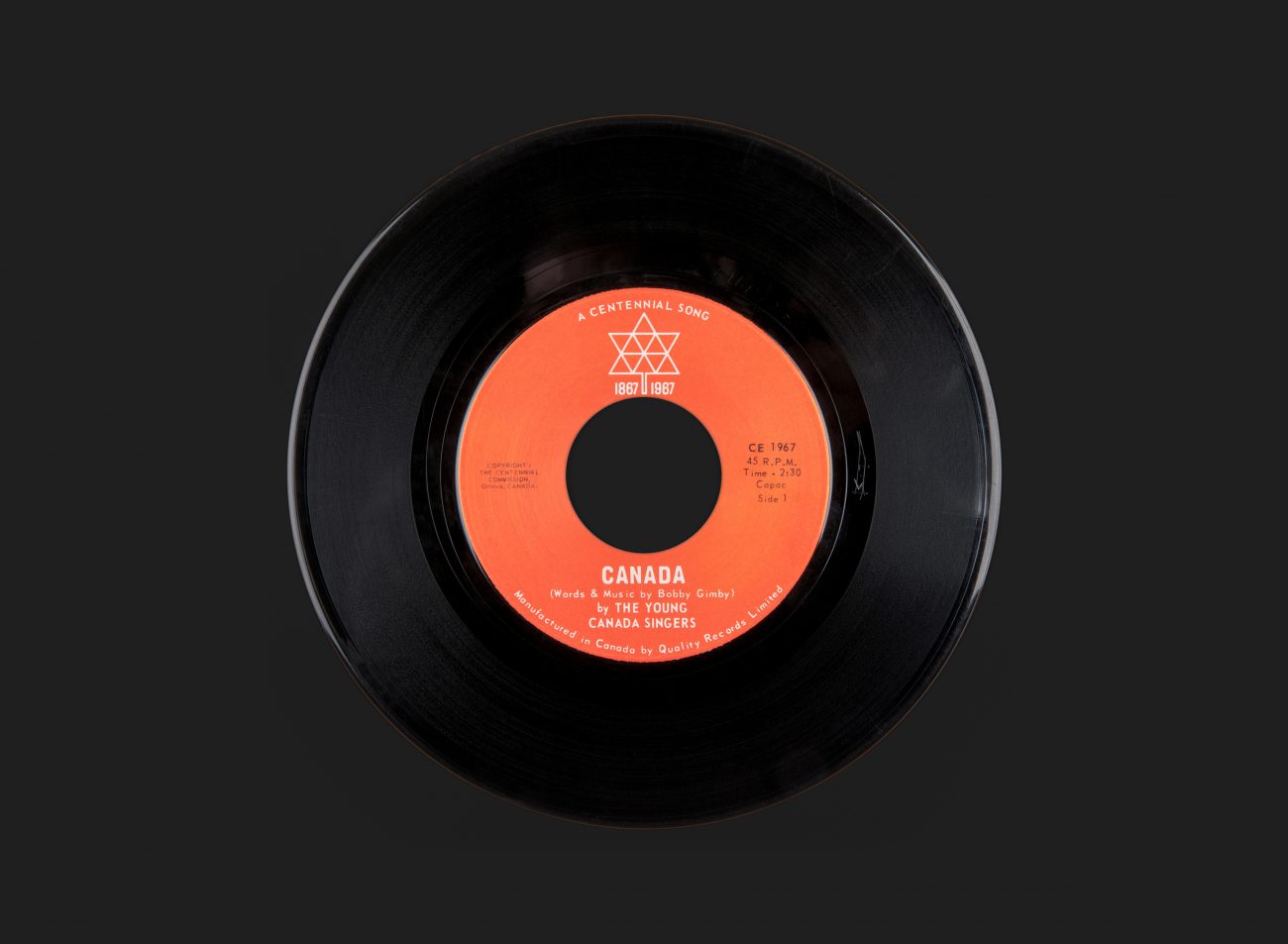 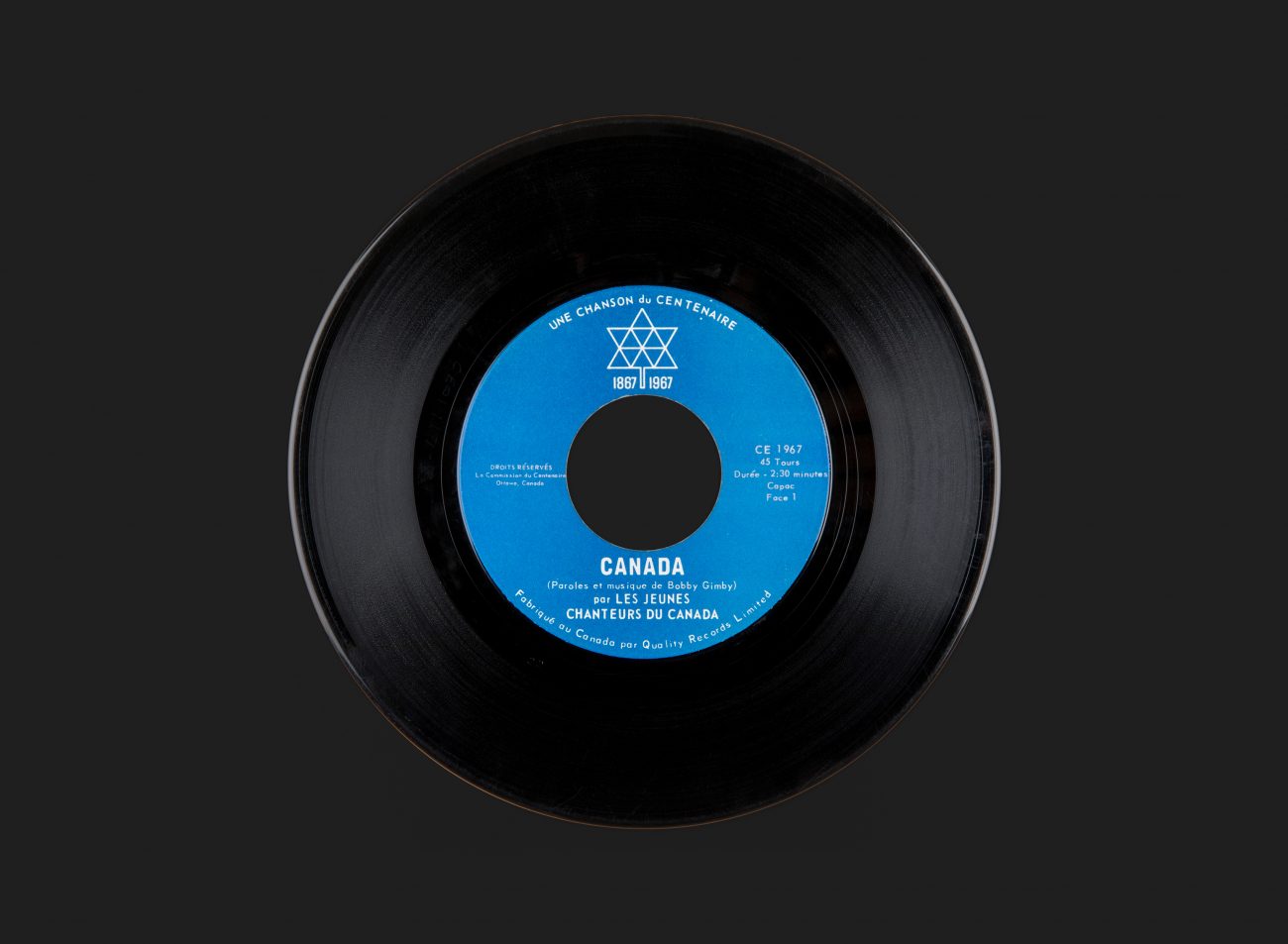 A commemorative 7” vinyl record produced to mark the Canadian Centennial of 1967, with a song written by the “Pied Piper of Canada” Bobby Gimby and performed by The Young Canada Singers. The front cover features an illustration in the freehand style that is so symbolic of the era, with young Canadians walking boldly and positively towards the viewer, holding flags bearing the national emblem and the Centennial identity (designed by Stuart Ash). The sense of national pride is further strengthened by a bold red ‘Canada’, tightly spaced in Helvetica, behind the crowd.