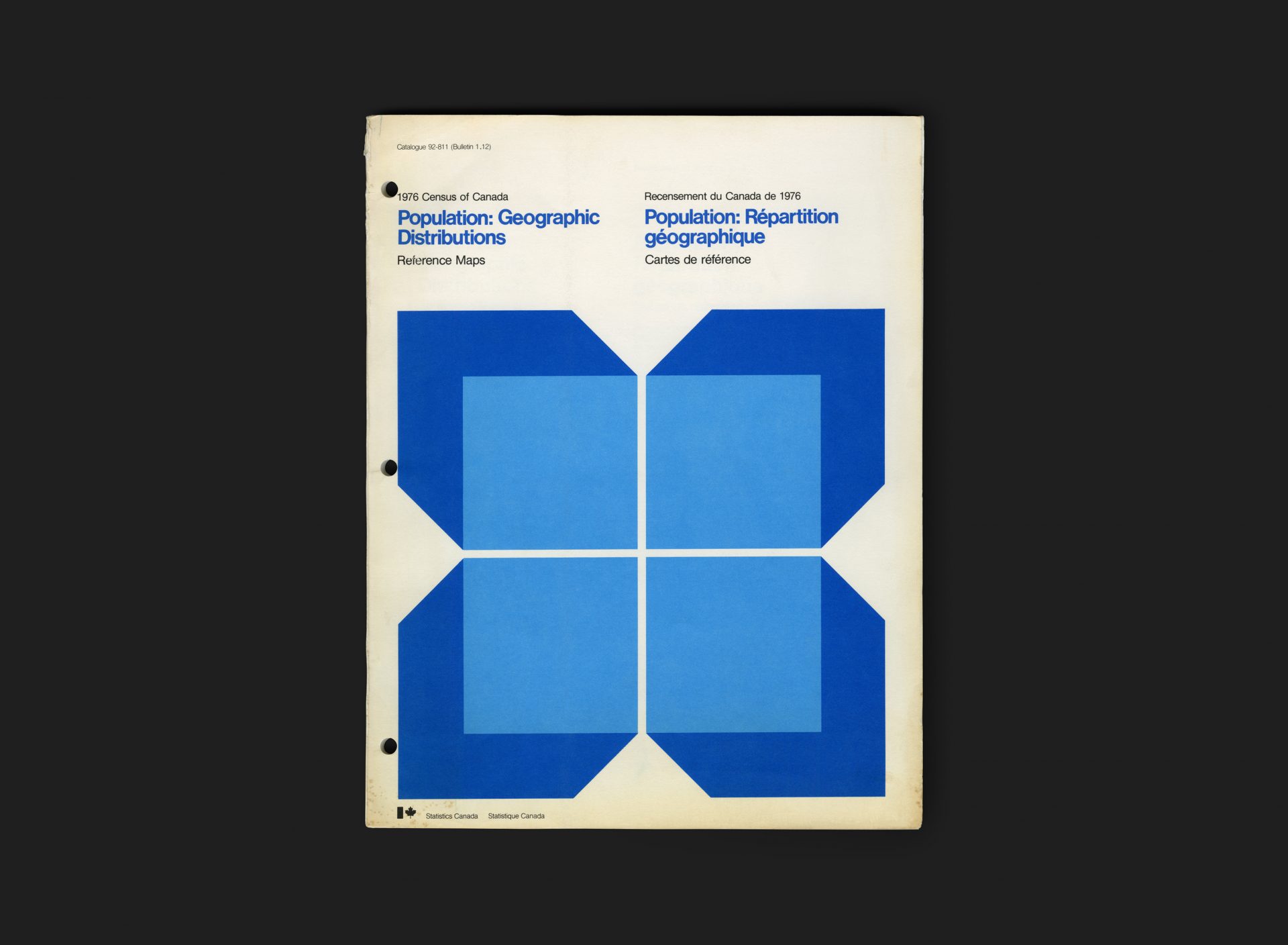 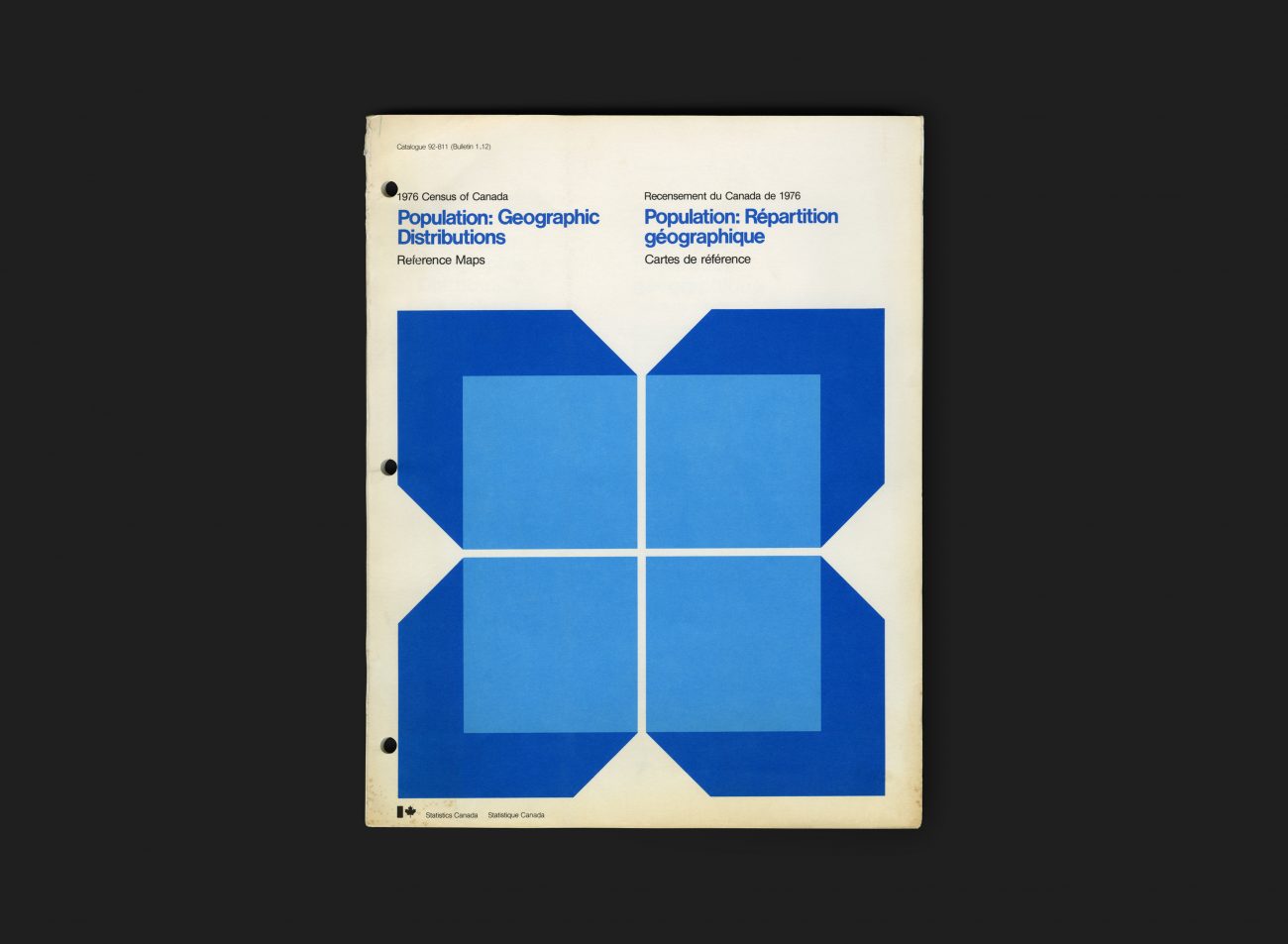 A bulletin report, forming part of the 1976 census of population, housing and agriculture in Canada and providing three separate series of reference maps for users of the census statistics. The first series is a guide to the location of census divisions and subdivisions in each of Canada’s provinces. The seconds and third series show the component municipalities of census metropolitan (CMAs) areas and census agglomerations (CM) as well as CMA-CA parts (largest city, urbanized core, urban fringe, rural fringe).

The design of the cover features a graphic composition comprising of 4 equal sided squares overlaid onto 6 sided polygons — giving the impression of 4 three dimensional cubes. With each cube set around four quadrants (each rotated 90º clockwise), this reveals a large + (cross) in the negative space between the to the centred. This evokes a visual play on pinpoint precision and geographic coordinates associated with maps and data. The typographic information on the cover and the inside pages is all set on a 2 column grid in both Helvetica and Times (in certain areas).