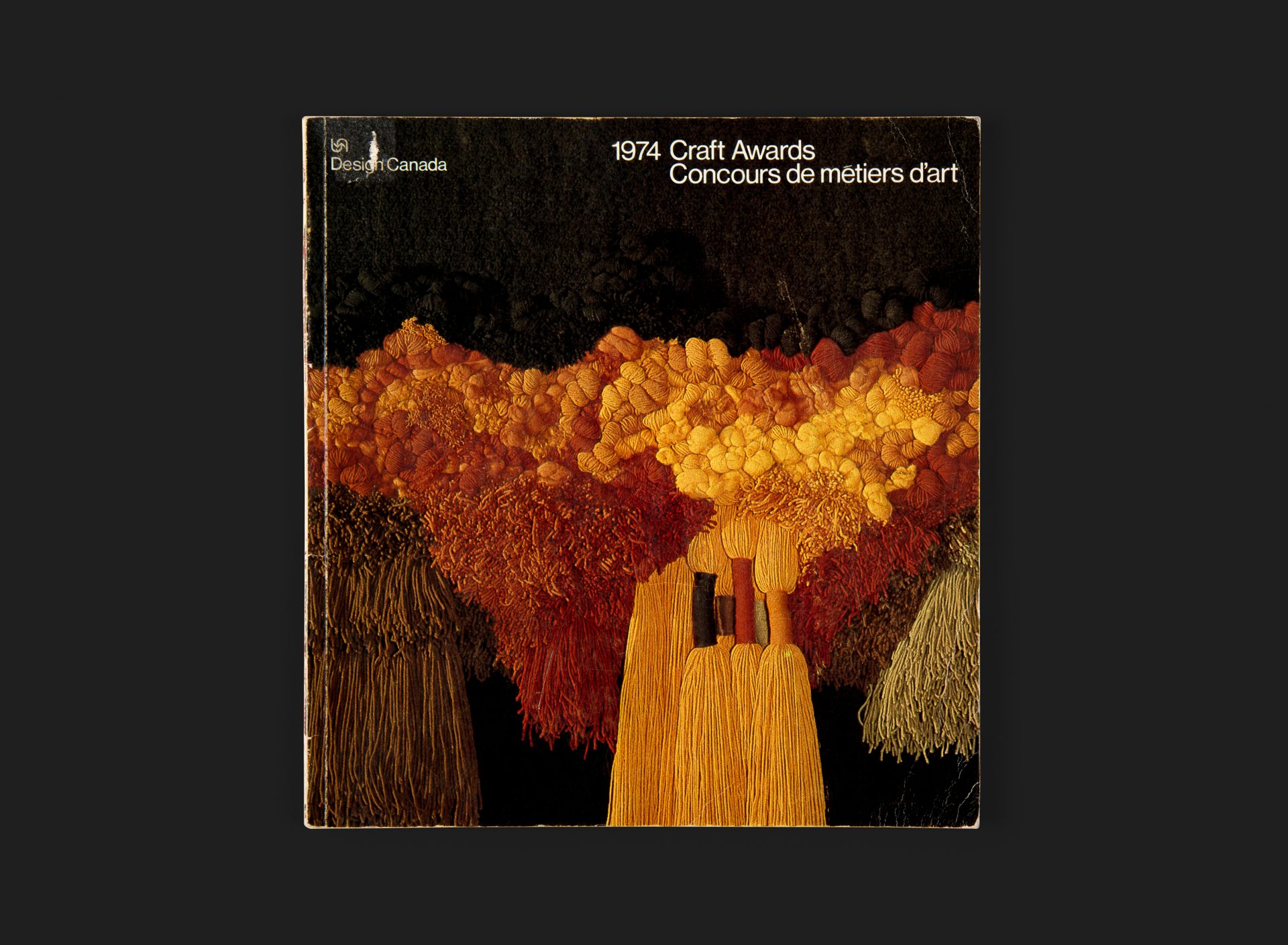 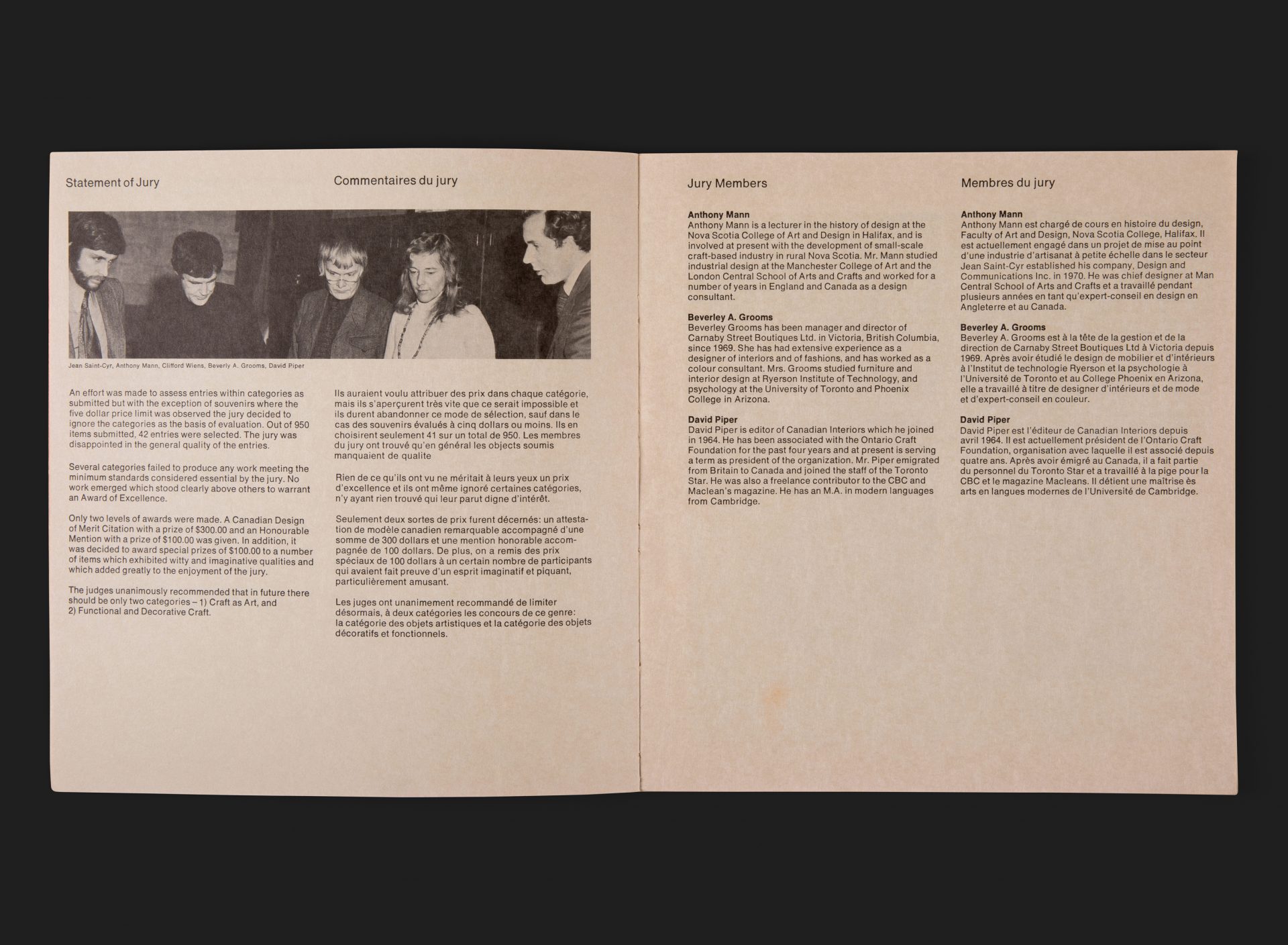 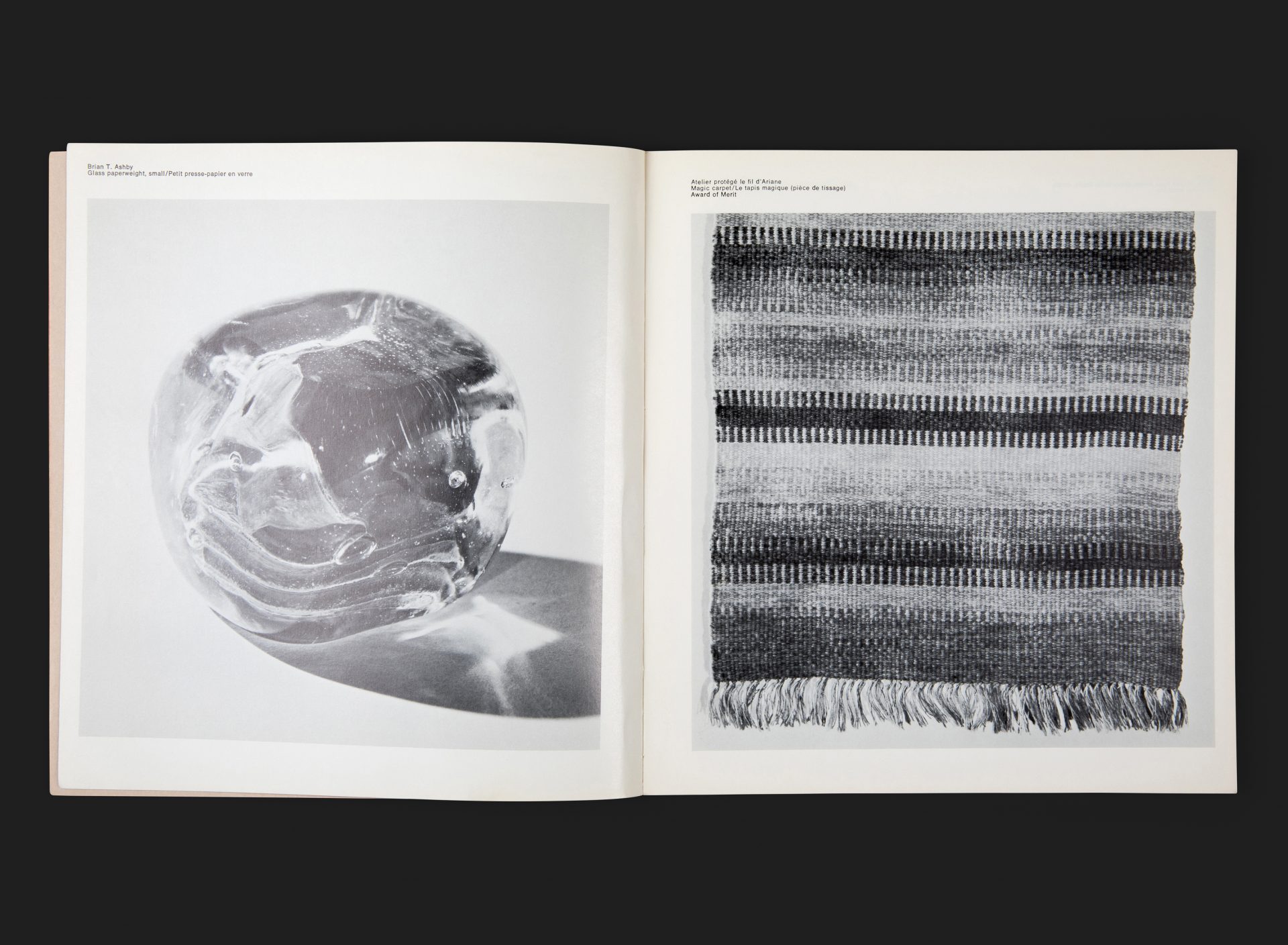 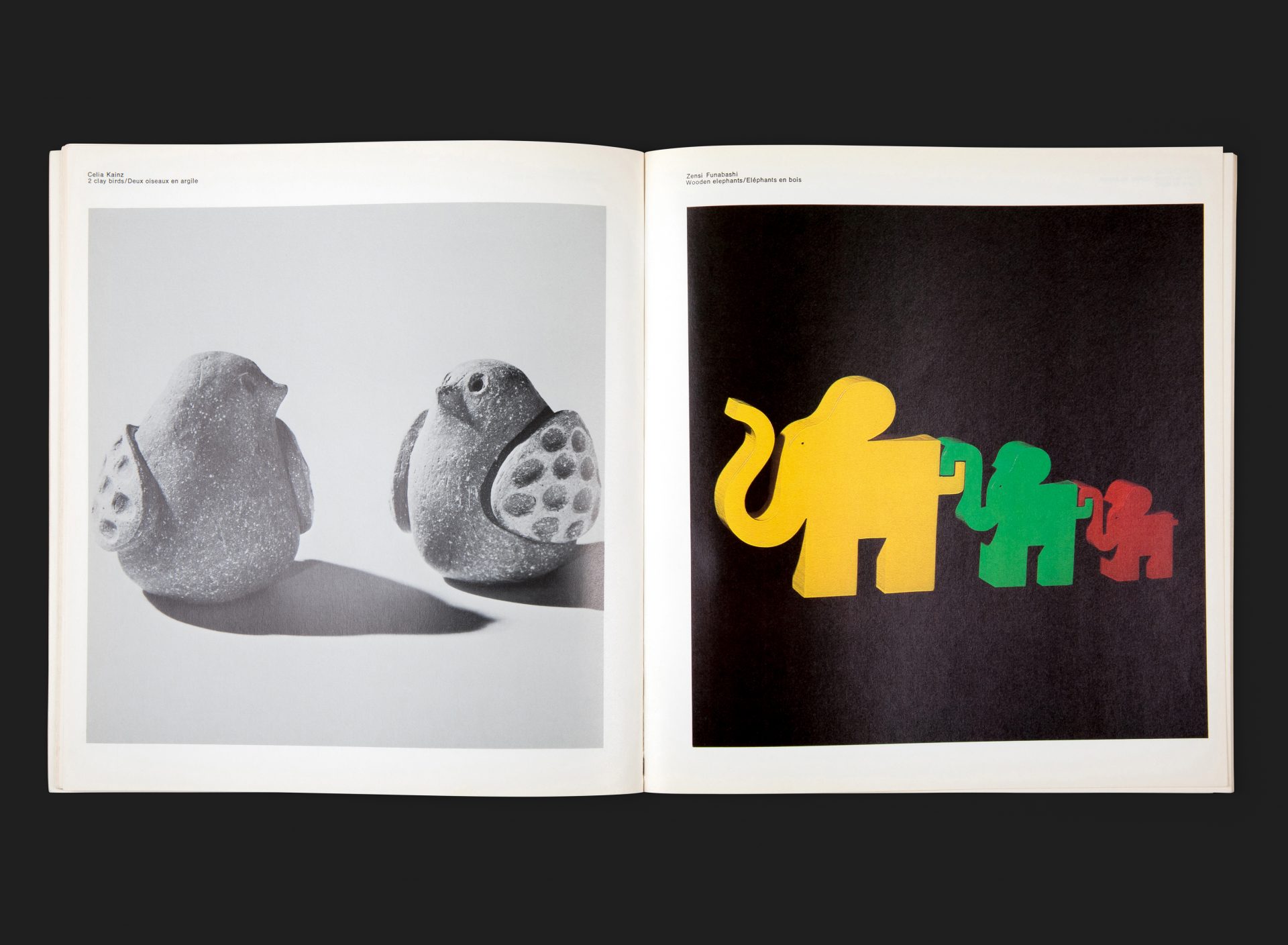 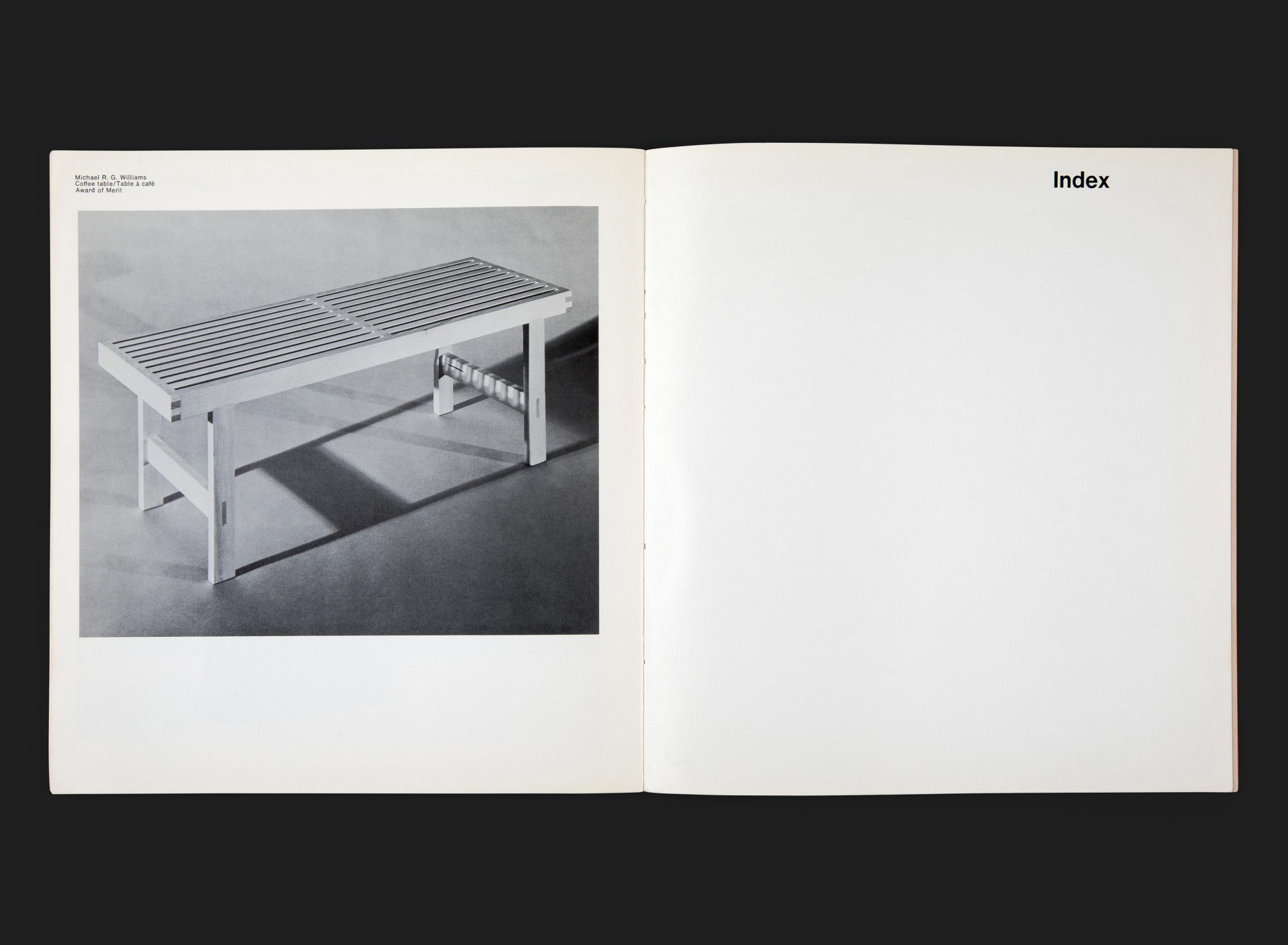 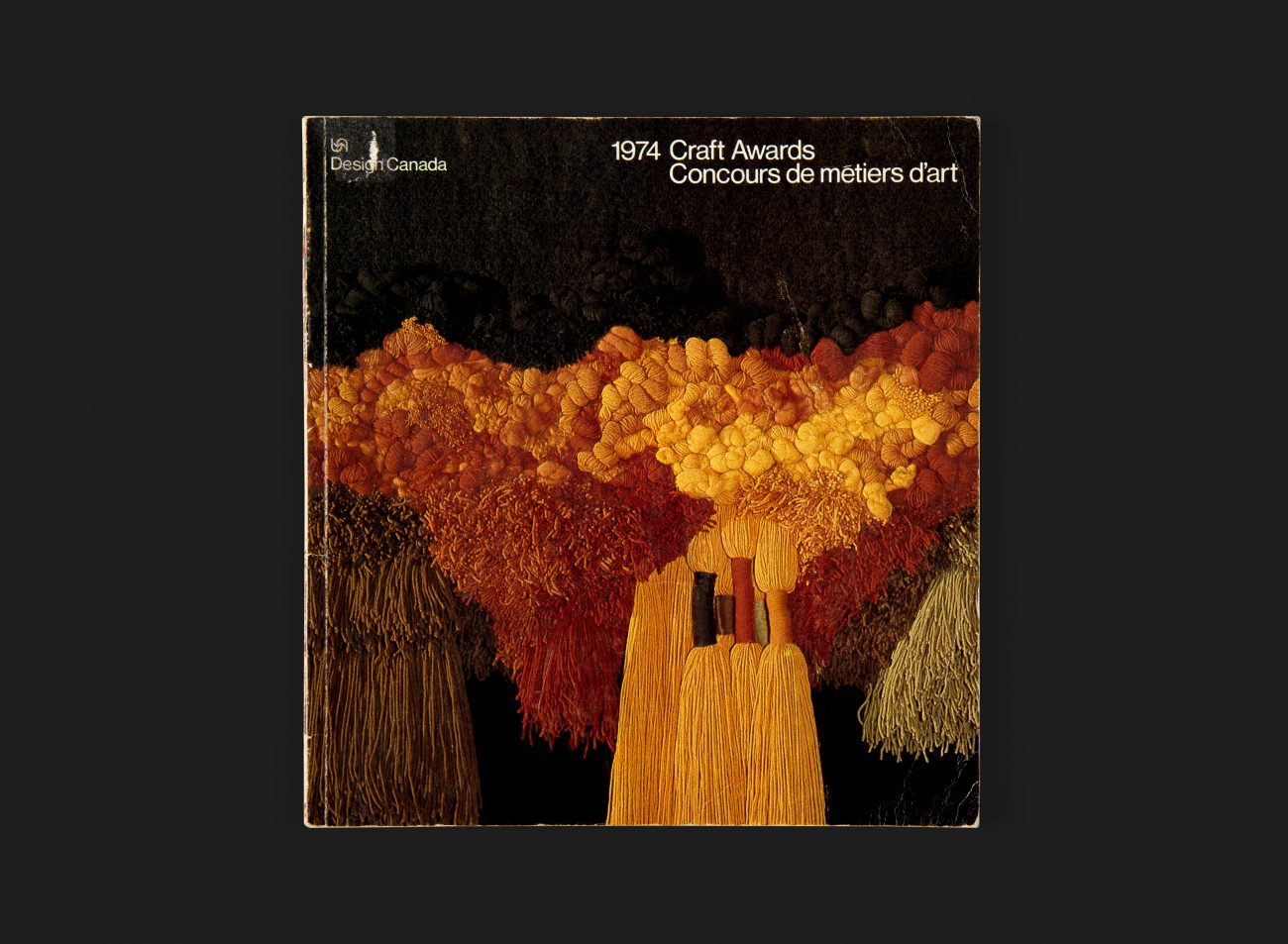 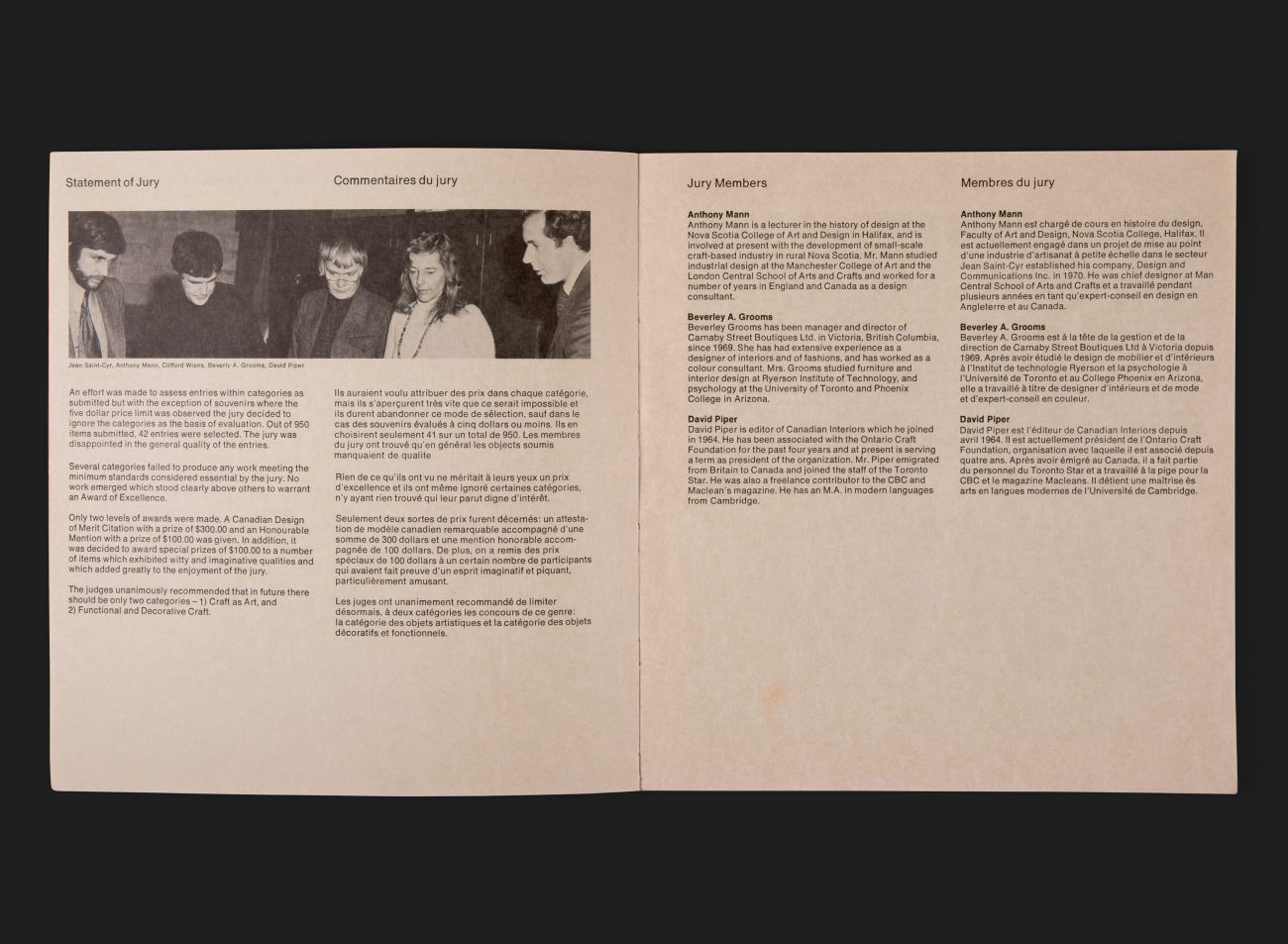 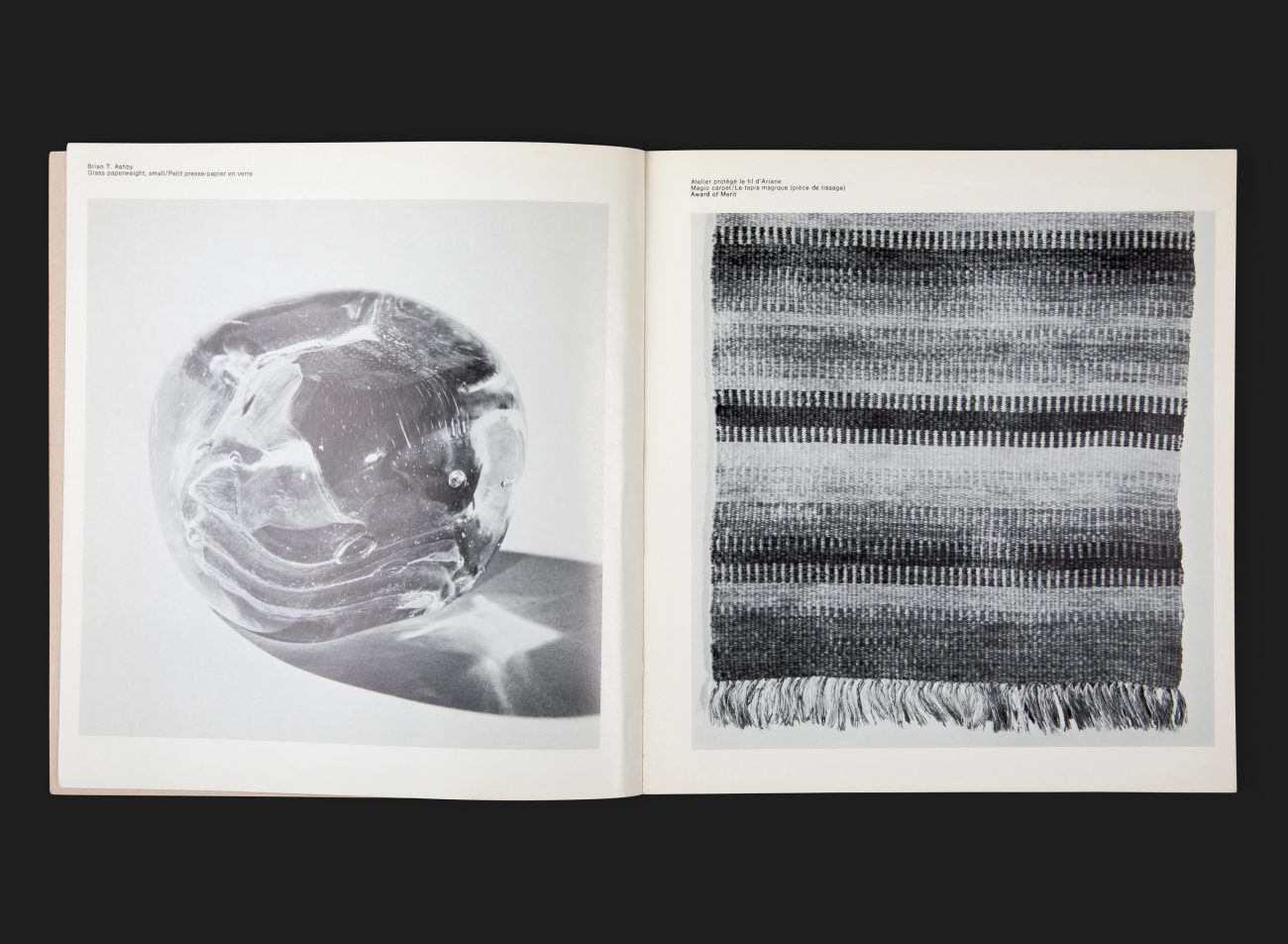 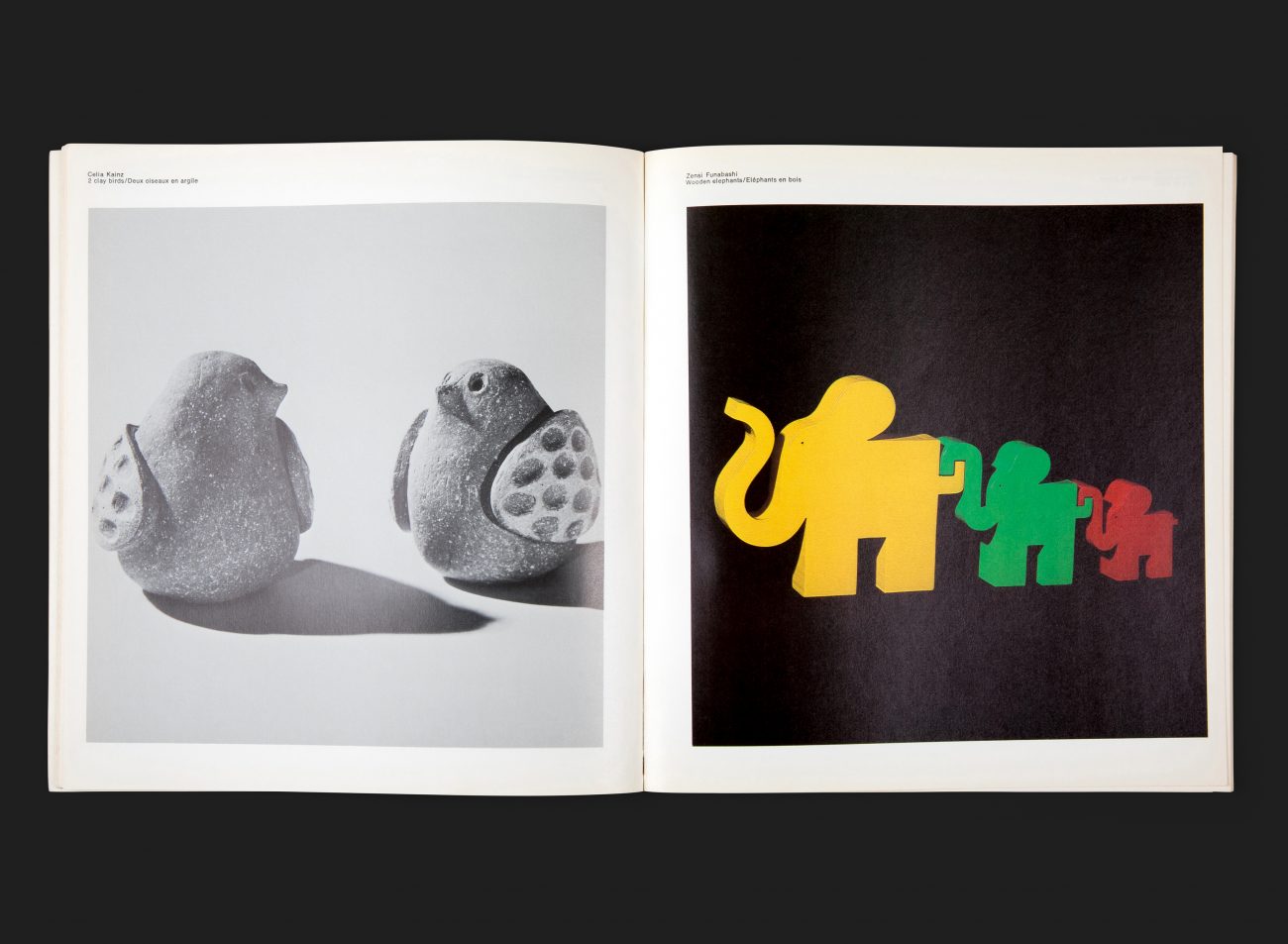 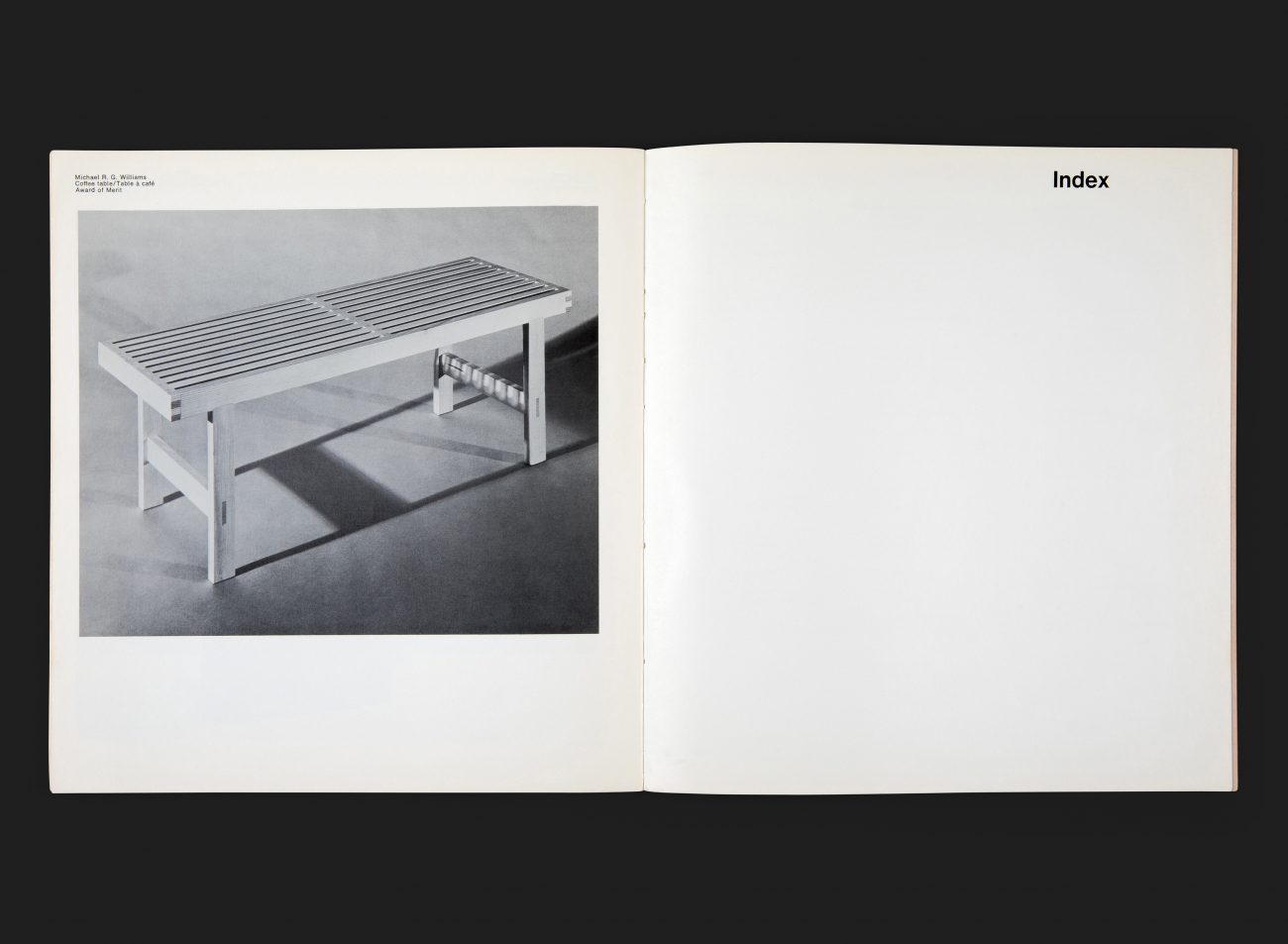 A book commissioned as part of the 1974 Craft Awards. Organised by Design Canada, the awards were judged by a jury that included designers Tony Mann and Jean St Cyr.

The original plan had been to organize work into various categories that would reflect the range of crafts being practised in Canada during this period. However, it was the first time that Design Canada had run this award scheme, and the standard of entries in many of the disciplines was felt by the jury to be lower than anticipated. So they chose to ignore the categories as part of the judging process and reward the individual works they deemed worthy, irrespective of which category they were originally entered into. Out of 950 entries, only 42 were selected.

The publication cover features a bold cropped image of a wool tapestry by Denise Bossé, who won an award of merit in the competition. A mixture of mainly black and white imagery, with some colour pages, run through the publication, and the left-aligned grid accommodates images of varying proportions in a consistent area while allowing space for captions in the top margin. The use of a light salmon coloured paper stock in the introductory and index sections successfully separates the award winning work from the formal content.