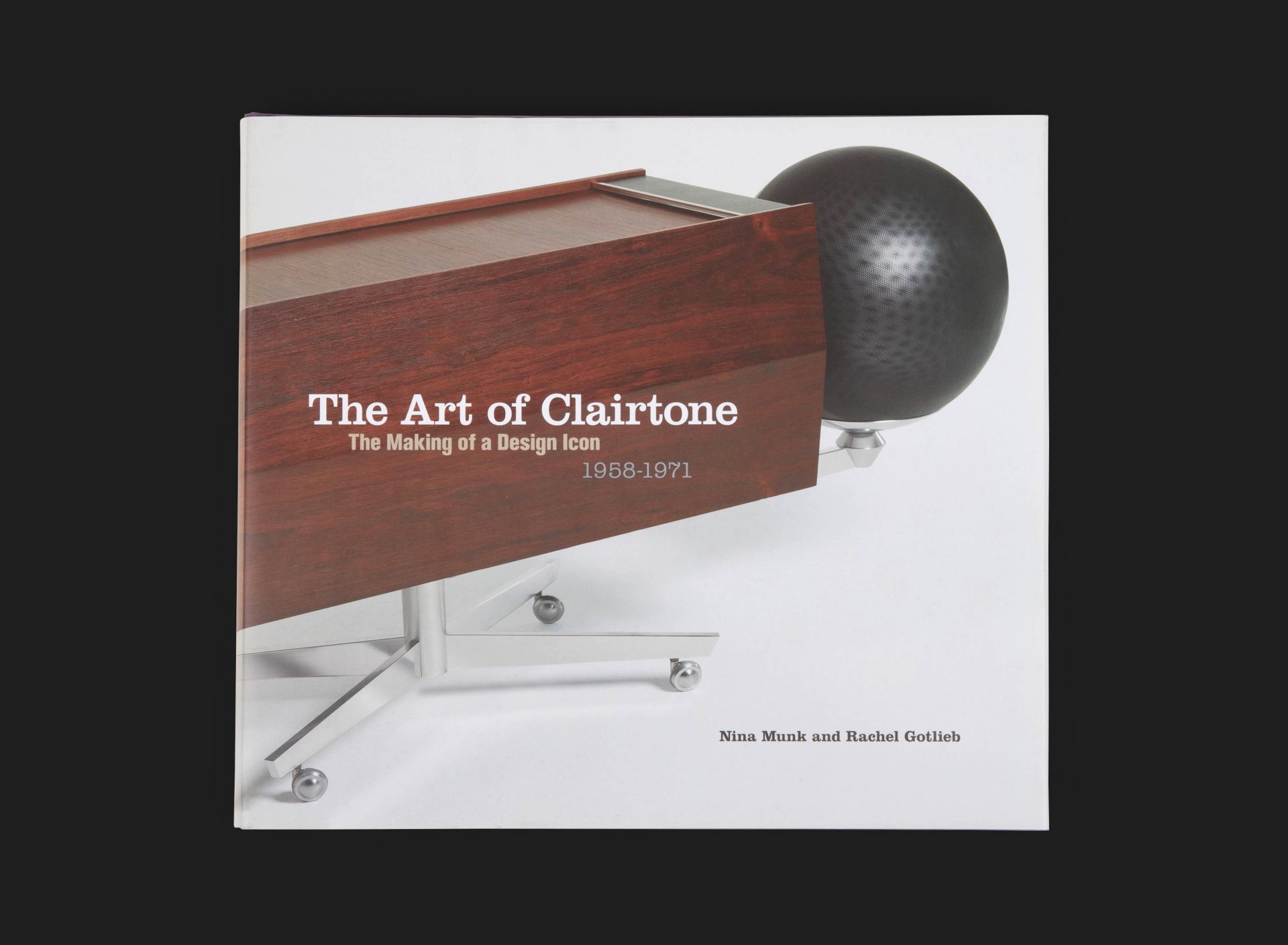 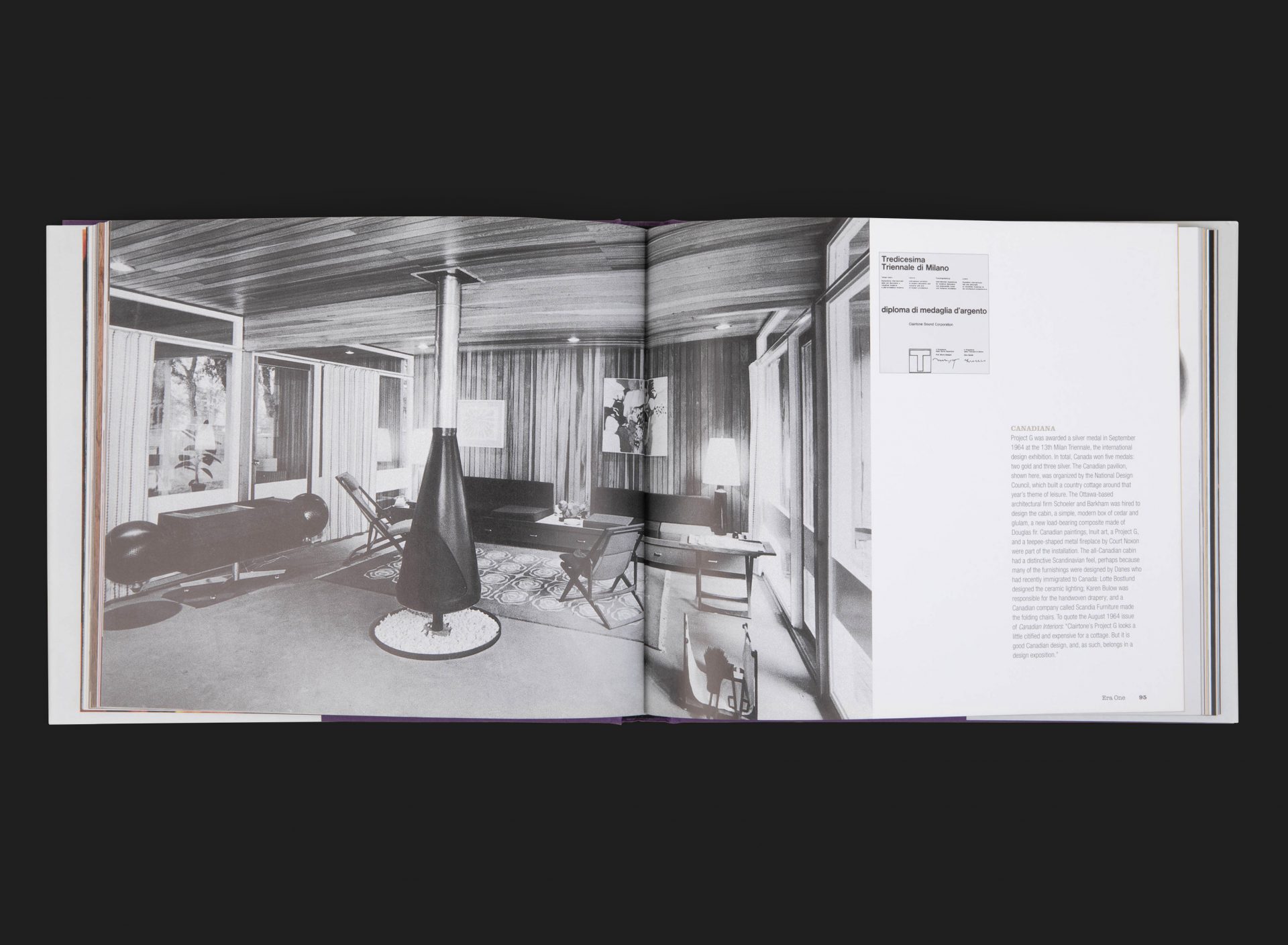 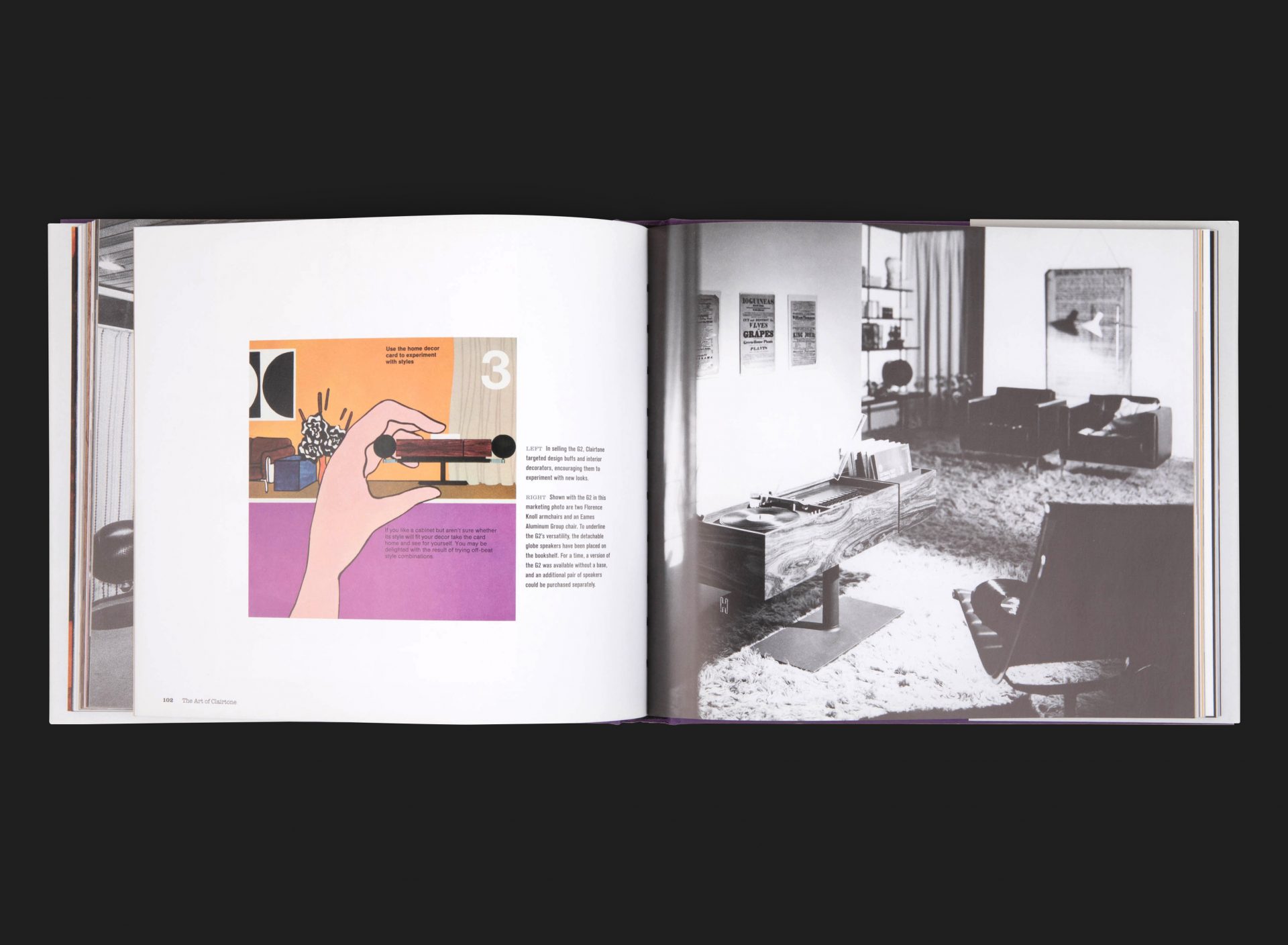 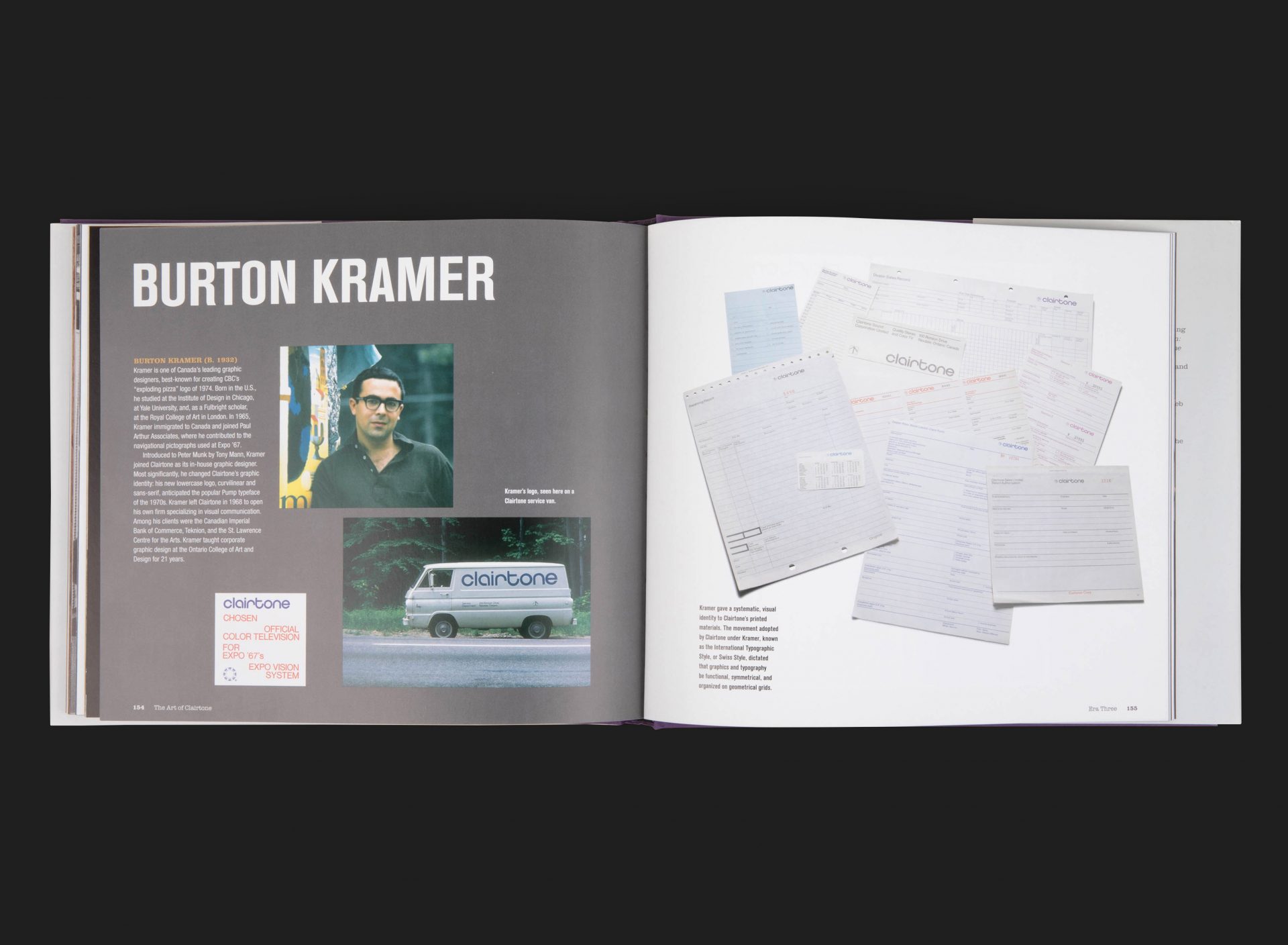 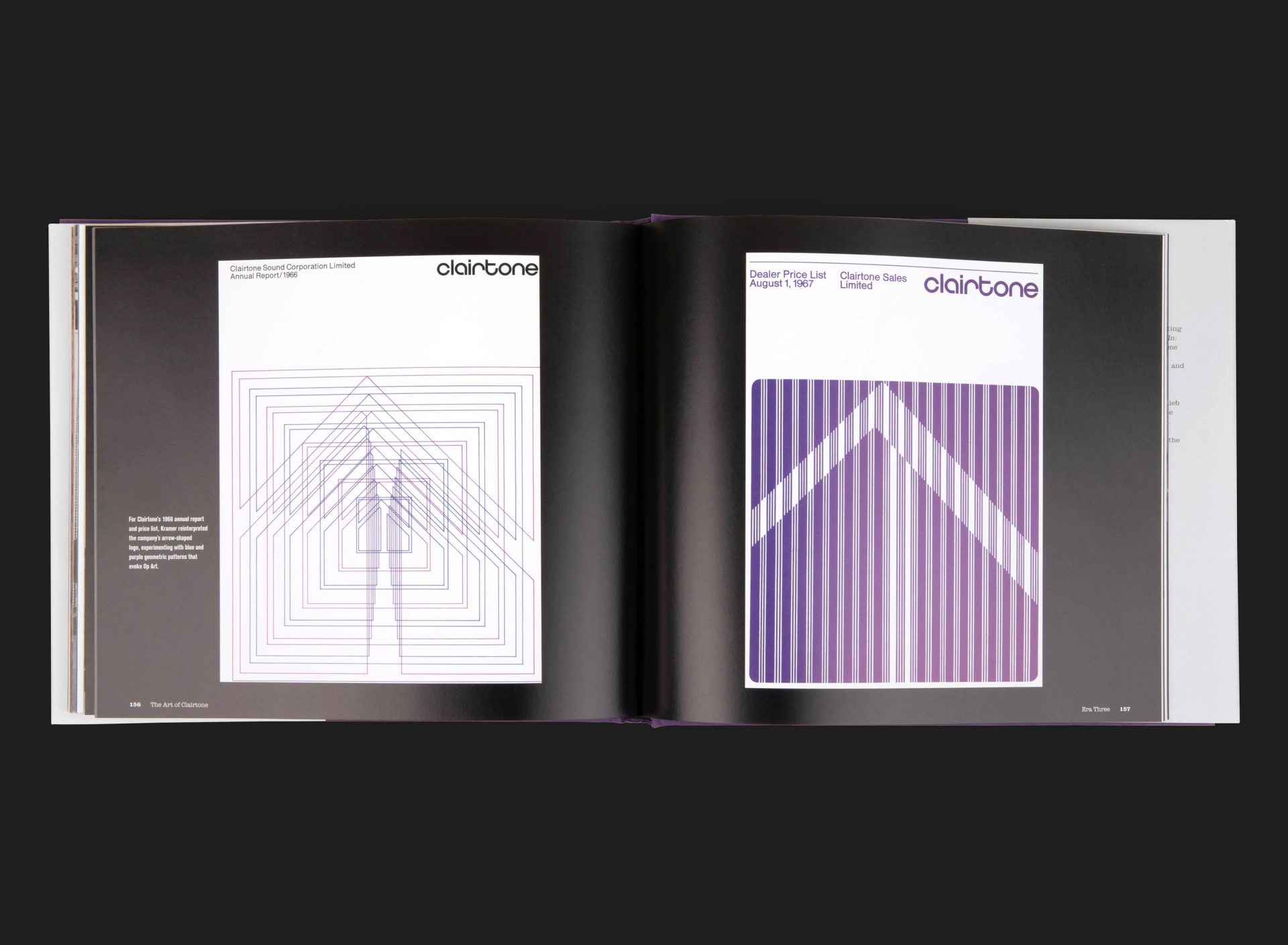 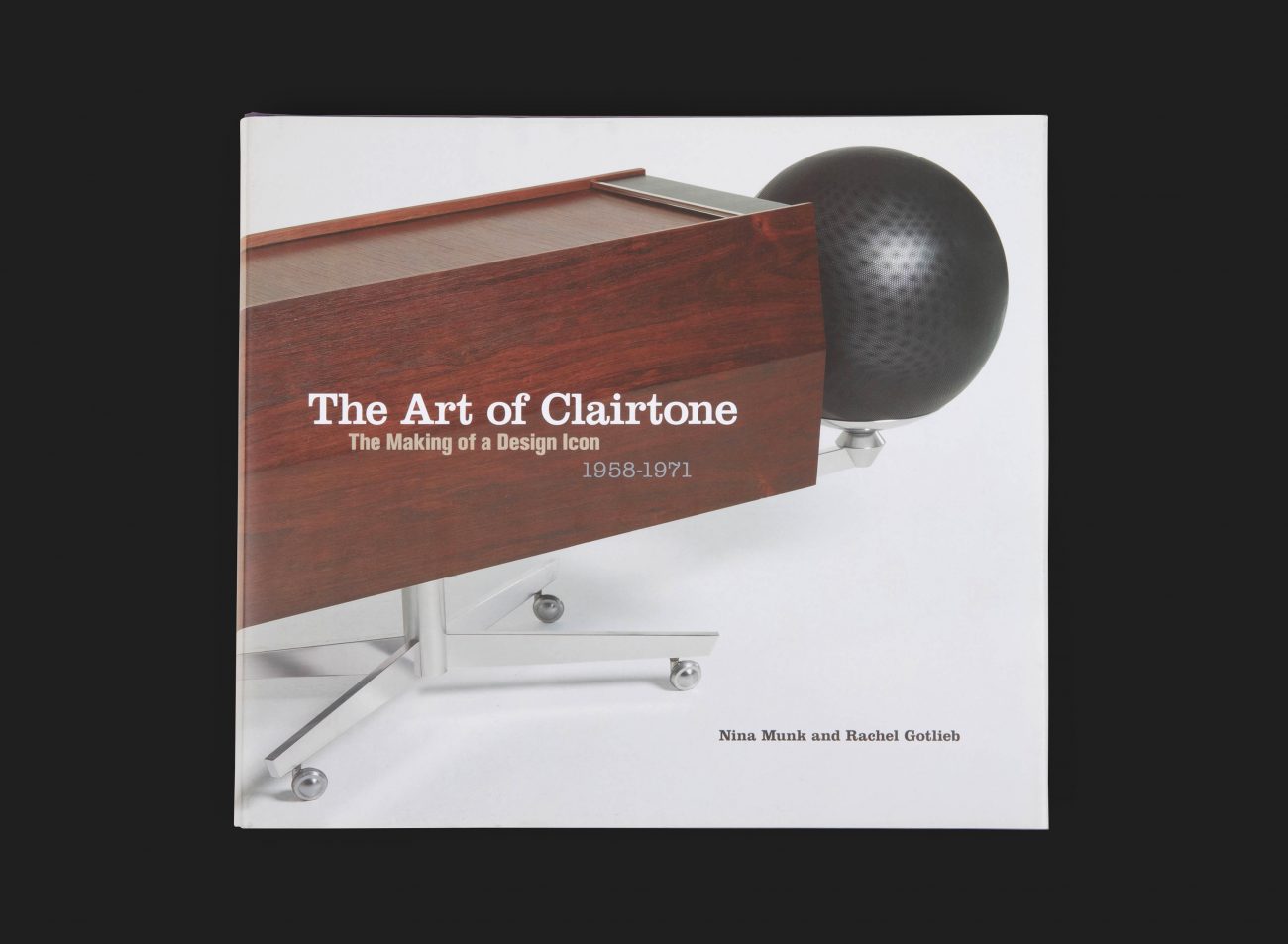 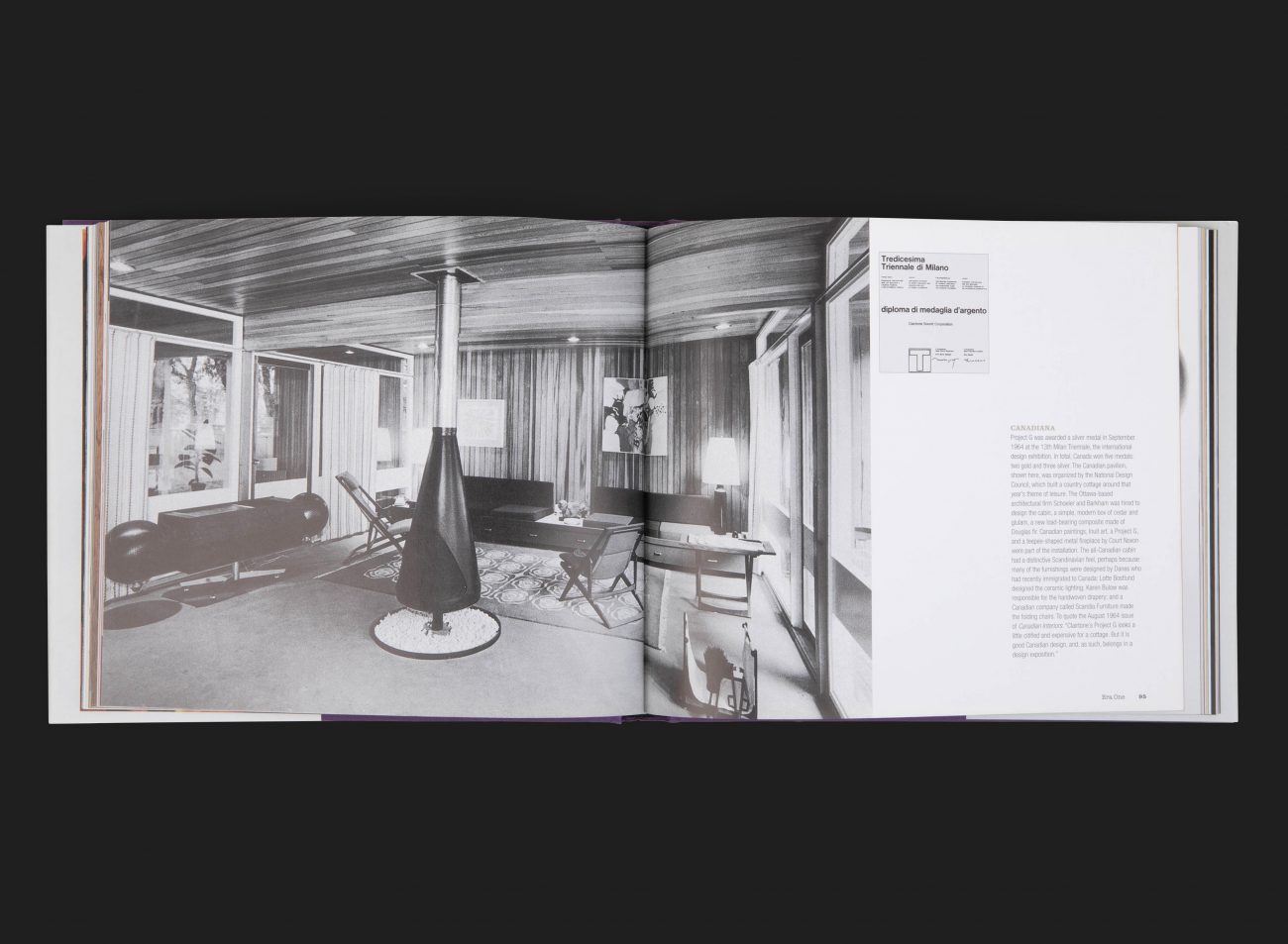 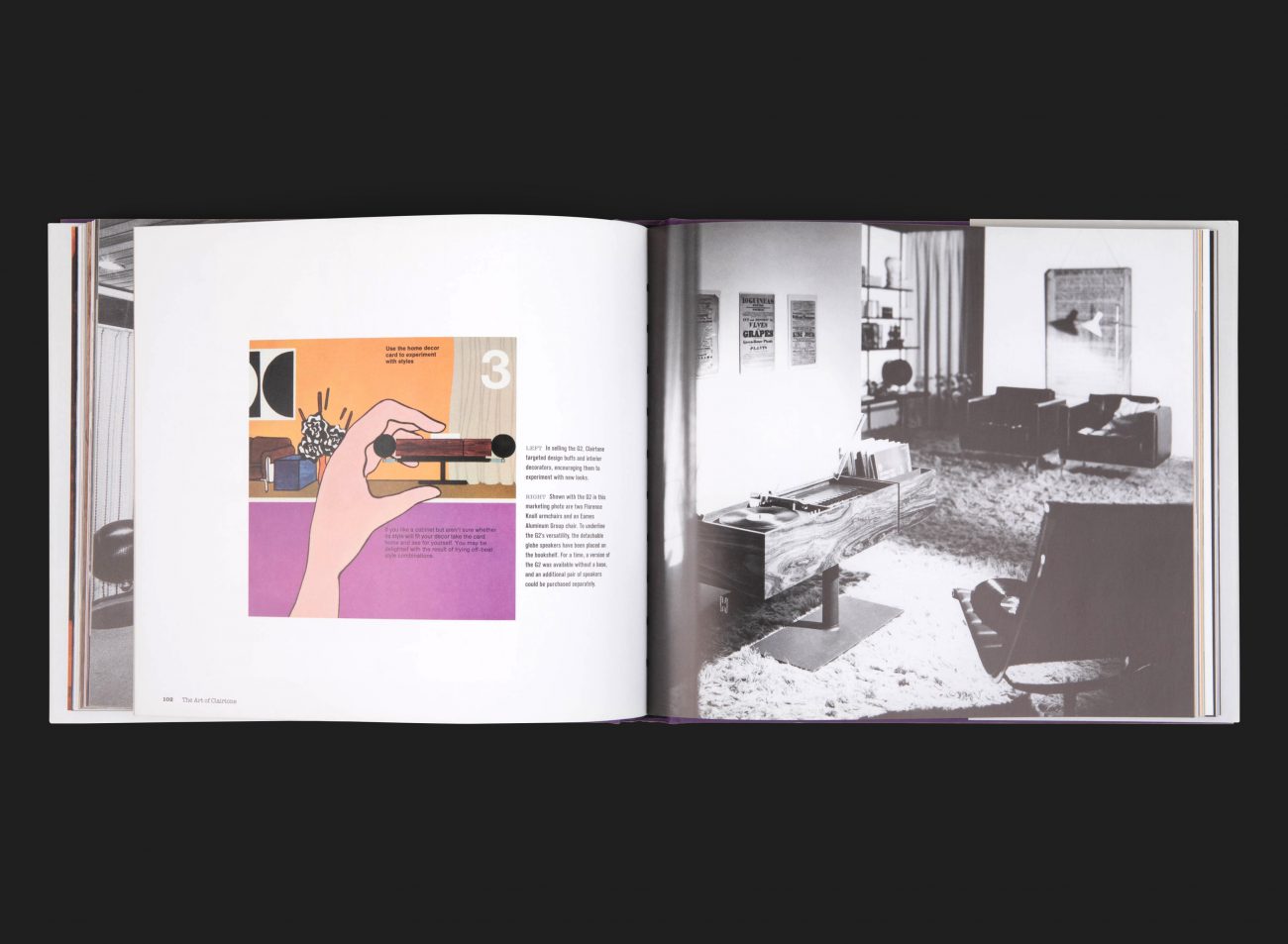 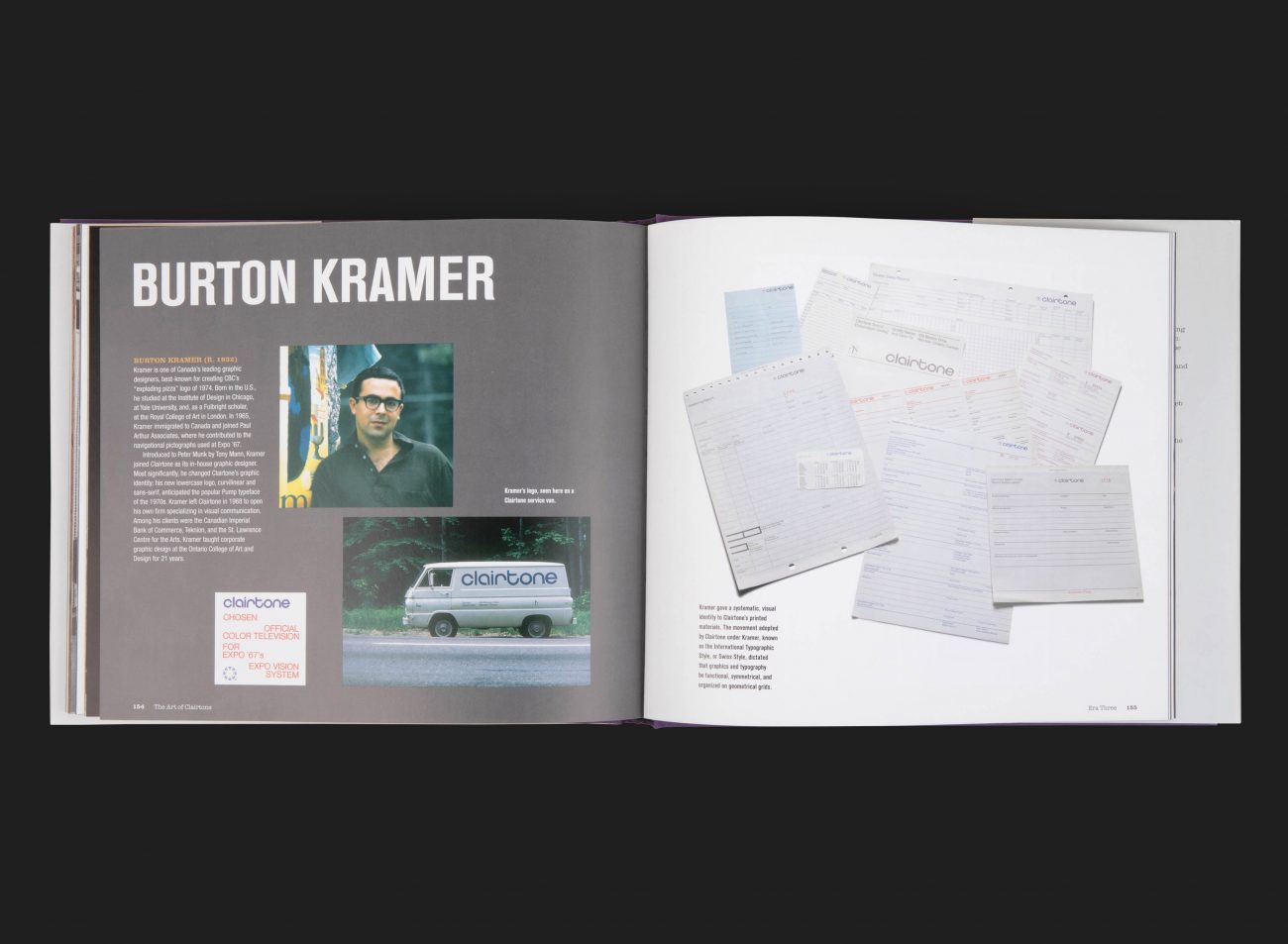 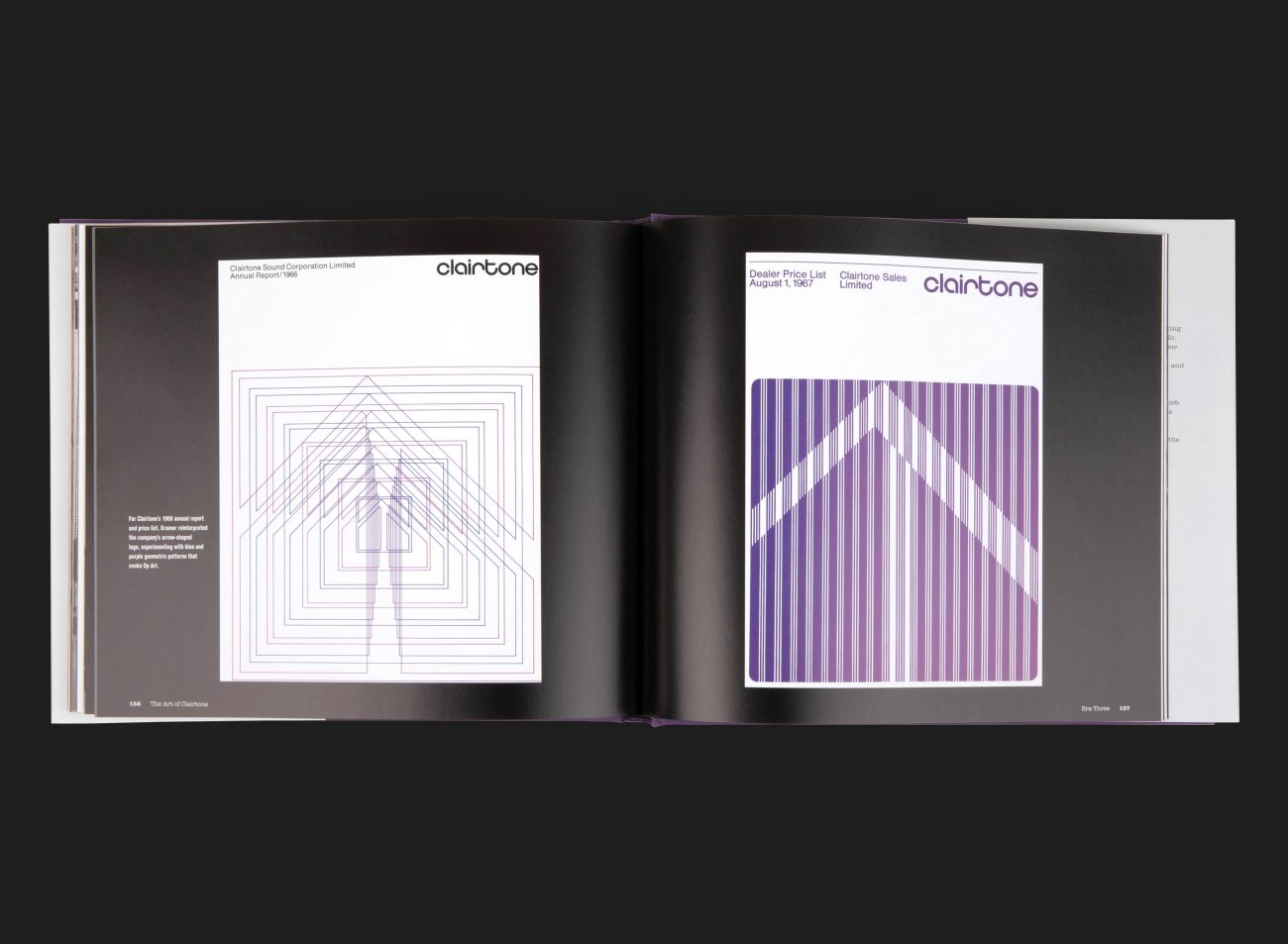 The Art of Clairtone The Making of a Design Icon
For a decade, in the 1960s, Clairtone Sound Corporation captured the spirit of the times: sophisticated, cosmopolitan, liberated. From its modern oiled-walnut and teak stereos to its minimalist logos and promotional materials, Clairtone produced a powerful and enduring body of design work.

Founded in 1958 by two young Canadians, Peter Munk and David Gilmour, Clairtone quickly became known for its iconic designs and masterful advertising campaigns. Its acclaimed Project G stereo, with its space-age styling, epitomized the Swinging Sixties. Famously, Hugh Hefner owned a Project G. So did Frank Sinatra. Oscar Peterson affirmed that his music sounded as good on a G as it did live. In 1967, suggesting how deeply Clairtone’s G series had come to be identified with popular culture, the G2 appeared in The Graduate with Dustin Hoffman and Anne Bancroft.

With 250 illustrations, including previously unpublished drawings, rare film stills, confidential memorandums, and original photography, The Art of Clairtone is a candid and in-depth look at the company’s skyrocketing success—and sensational collapse. Through the recollections of those who knew Clairtone best, from its founders to its designers, engineers, and salesmen, and with comments from Karim Rashid, Douglas Coupland, Tyler Brille, and Bruce Mau, among others, this elegant book, published on the 50th anniversary of Clairtone’s launch, celebrates an iconoclastic company that once seemed to represent the promise of Canada.

Provenance
Produced by the Design Exchange in Toronto (DX) and published through Mclelland & Stewart, this book is now long out of print and fetches a pretty penny though online book sellers — even more in this new condition. These books were kindly donated by DX to Canada Modern and were their own personal copies. Graphic designers to have worked at Clairtone or with Clairtone include: Burton Kramer, Anthony Mann, Rod Nash, Bill Hedges, Margrit Kapler, Chris Yaneff and Frank Davies.

Reinvesting
I am selling these items to invest in new materials. I’ve kept prices affordable too as I appreciate your support and believe in giving back. This will help continue my mission to ensure that Canada Modern and Canadian design is recognized of international importance and within education.

To grab your very own piece of Canada Modern history, please click the PURCHASE link below.

With sincere True North thanks for all your love and support.

All purchases are aimed to ship within 3–7 days.
International deliveries may be subject to import duties
and taxes. In this event, Canada Modern takes no
responsibility for these and are beyond our control.